The exhibition of the Museum of Fine Arts running from late October showcases the Golden Age of Flemish painting through the art of the foremost Baroque master of European art, Peter Paul Rubens, and that of his contemporaries. The 120 or so displayed works have been loaned from forty prominent public collections, including the Louvre in Paris, the Hermitage in Saint Petersburg, the Prado in Madrid, the National Gallery in Washington DC and the National Gallery in London. In addition to almost thirty masterpieces by Rubens and more than a dozen by Van Dyck, visitors will be able to see excellent works by other Flemish masters too.

Rubens, Van Dyck and the Splendour of Flemish Painting is based on the Museum of Fine Arts’ rich Flemish material of paintings as well as numerous graphic works. Our main cooperating partner is the Liechtenstein Princely Collections in Vienna, contributing twenty remarkable masterpieces, among them a piece from Rubens’ monumental Decius Mus cycle (The Interpretation of the Victim), to be displayed along with the splendid tapestry based on the painting and woven with gold and silver thread (Palacio Real, Madrid). This will be the debut for the two works to be exhibited together.

The main goal of the exhibition is to highlight Peter Paul Rubens’s genius and the pivotal influence of his artistic output upon his age through works in our own collections and the loaned pieces, while showcasing the versatile, stylistically and thematically rich 17th-century Flemish painting, which developed from and alongside Rubens’ art. Another important aspect of the Budapest show is to draw attention to the extensive and lasting cultural ties between the Southern Netherlands and Hungary, in which a key figure was Archduke Leopold Wilhelm of Austria.

Van Dyck’s wedding portrait of Maria Henrietta Stuart, purchased by the museum at the end of last year, will also be displayed here. Visitors will also be able to see a contemporary work: a site-specific composition which the museum asked Balázs Kicsiny, an internationally acclaimed Hungarian fine artist, to make specifically for the exhibition as a contemporary reflection upon a 17th-century subject.

The exhibition is made up of ten large sections. The first two will guide visitors to the prominent centres of the 17th-century Southern Netherlands, its sovereigns and outstanding artists; they will also paint a picture about the reign of the archducal couple, Albert and Isabella of Habsburg, a period during which the victorious Counter-Reformation and the flourishing of Catholicism brought about a new era of art patronage. The third section will focus on the multifarious ties Flemish painters had with Italy, stressing the important role the Italian years and the works of Antiquity, the Renaissance and contemporary masters played in the art and life of both Rubens and Van Dyck. This will be followed by works with biblical and mythological themes. The spirit of the Counter-Reformation will be evoked in two sections with pieces made for private devotion and promoting the cult of the saints, as well as large-scale altarpieces. The joint display of one of the tapestries of the Golden Decius cycle and Rubens’ cartoon painted for it will be a true curiosity of the exhibition. Visitors will also get an insight into tapestry art, a genre renewed by Rubens, and its process from oil sketches to weaving in this section. The next part will bring masterpieces of the period’s most characteristic genres to the public: still-lifes, landscapes and animal depictions. It will familiarise visitors with the collaborative method typical of Flemish painting: the way in which artists specialising in different genres jointly created works of art. The chapter devoted to portraits will include numerous brilliantly executed likenesses by Van Dyck, including the museum’s new acquisition of prominent value: the portrait of Maria Henrietta Stuart. This section showing ‘the many faces of the Flemish portrait’ will throw light on how Flemish painters exploited the potential inherent in the portrait and produced many types of the genre (portraits of individuals, portraits made as companion pieces, portraits of couples and families, as well as compositions of friends and largish groups set in interiors and landscapes). This unit will also draw attention to Van Dyck’s artistic activity in England, during which he exerted a transformative influence upon English portrait painting and introduced changes that shaped the European development of the genre. The closing section of the exhibition will introduce visitors to genre pictures and works illustrating proverbs. This section will demonstrate how the art of Pieter Bruegel the Elder moralising upon the follies of human nature fundamentally defined 17th-century Flemish genre painting depicting the lives and festivities of peasants, Netherlandish proverbs and fables widely known in Europe. Humour and satire as well as moral teachings pervade not only the folk genre scenes but also the scenes showing the daily lives of people belonging to the higher layers of society.

Similarly to the Museum of Fine Arts’ other large-scale exhibitions, a richly illustrated catalogue containing studies and catalogue entries in Hungarian and English was made for this show with the participation of renowned foreign and Hungarian art historians.

The Goverment of Flanders  also lent support to the realisation of the exhibition. 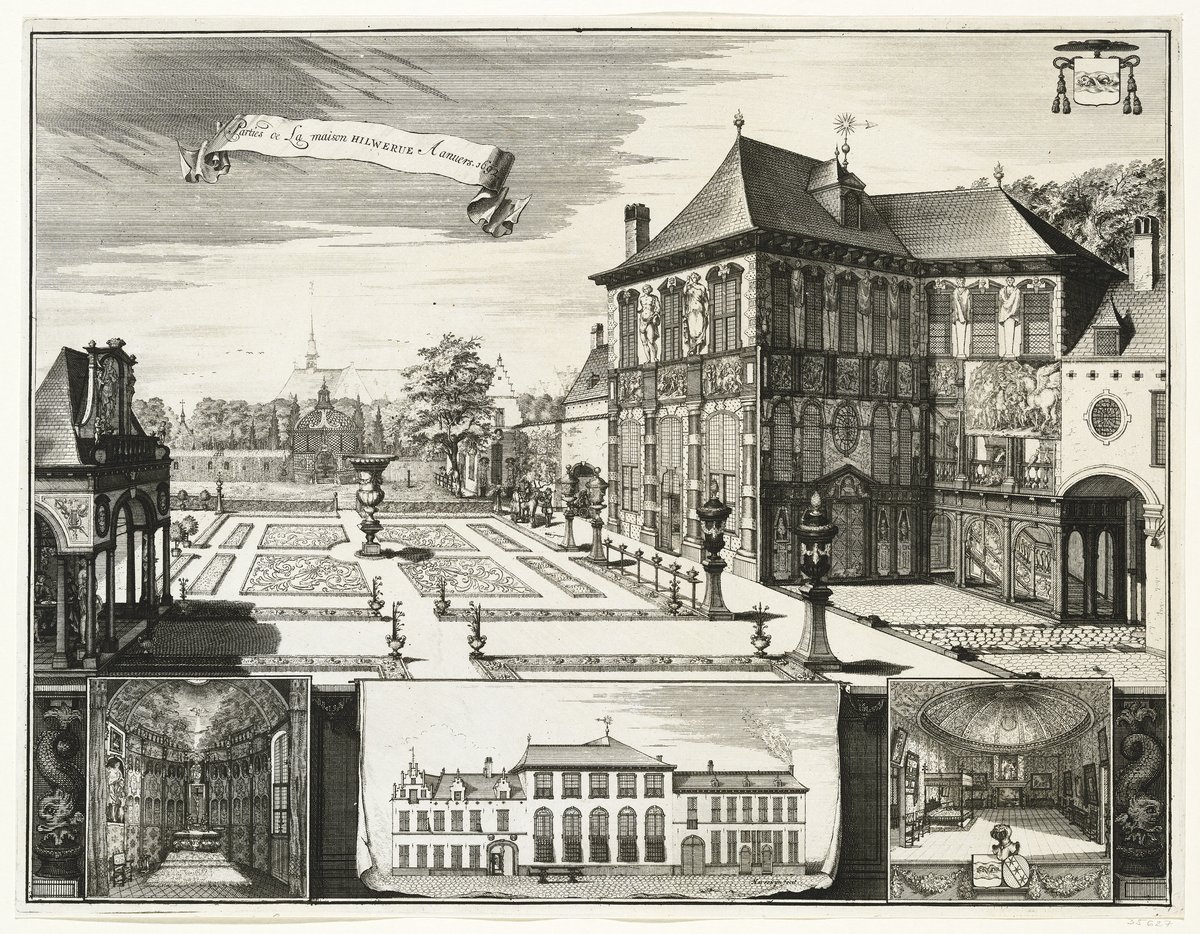 The Hilwerue House (belonging to Peter Paul Rubens in Antwerp), View of the Garden and Three Details of the House Jacob Harrewijn Jan van Croes (after) 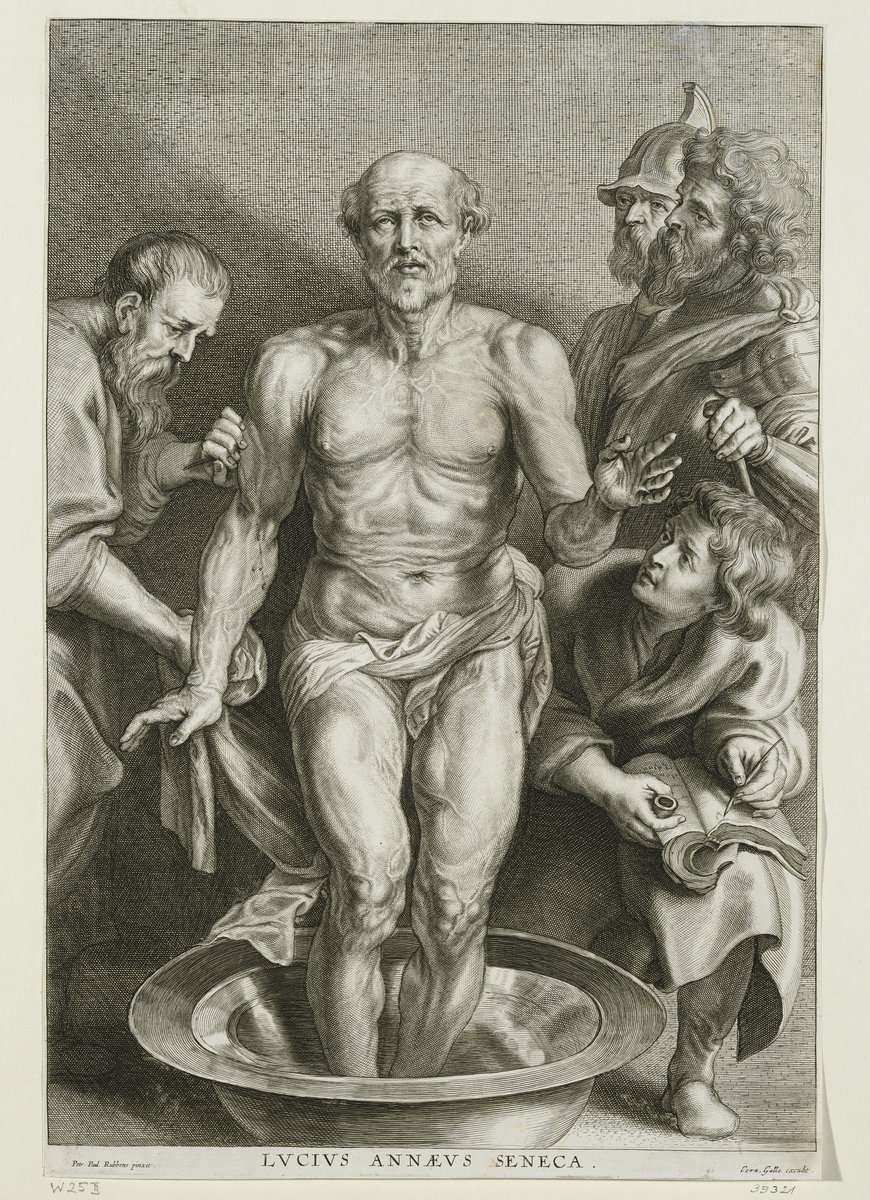 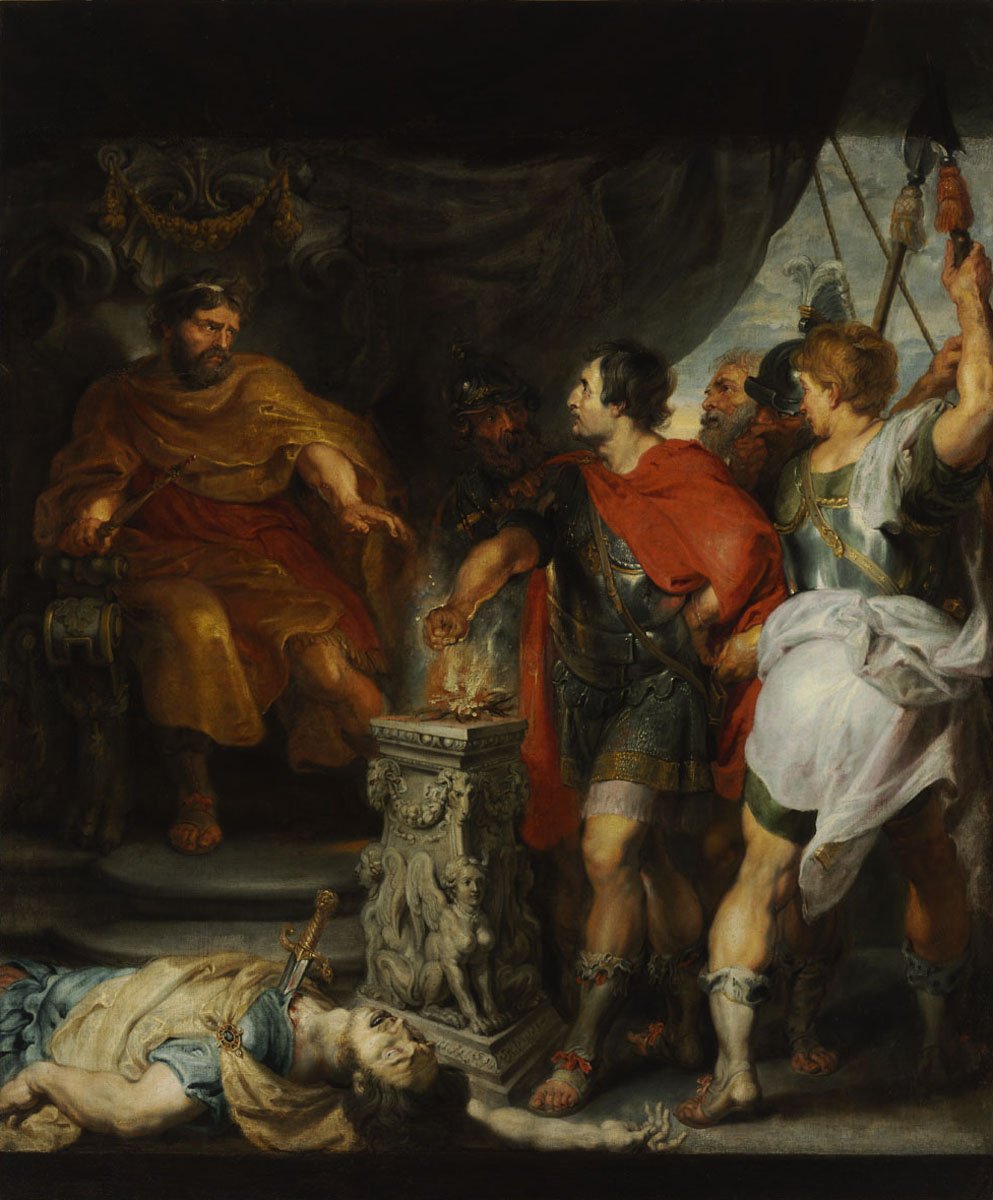 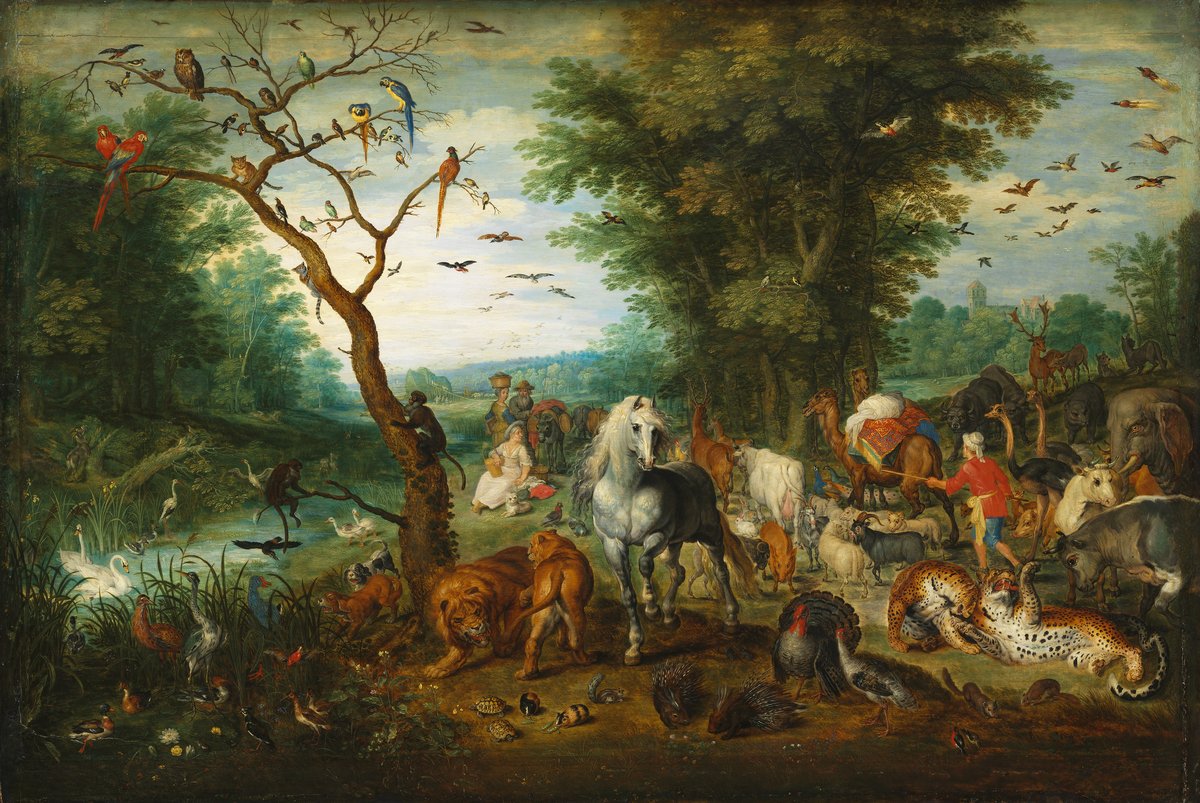 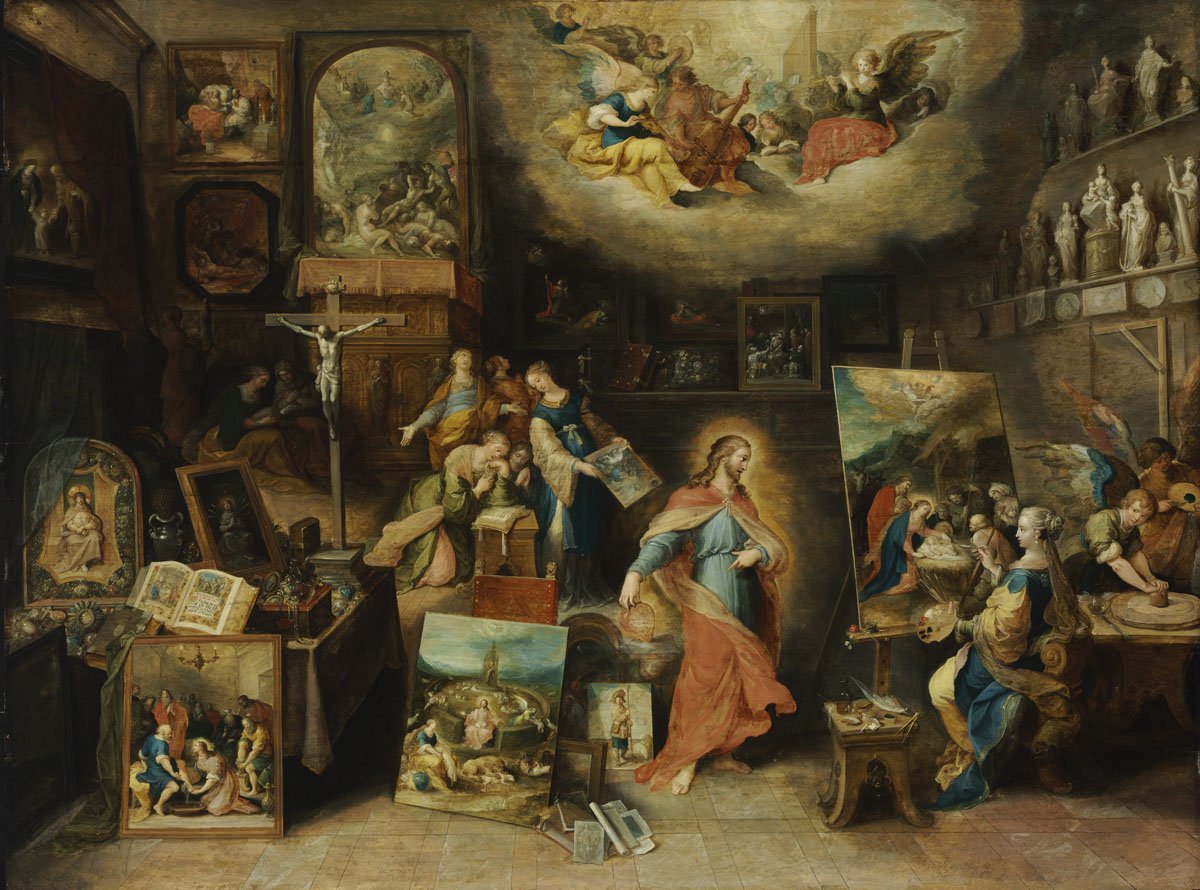 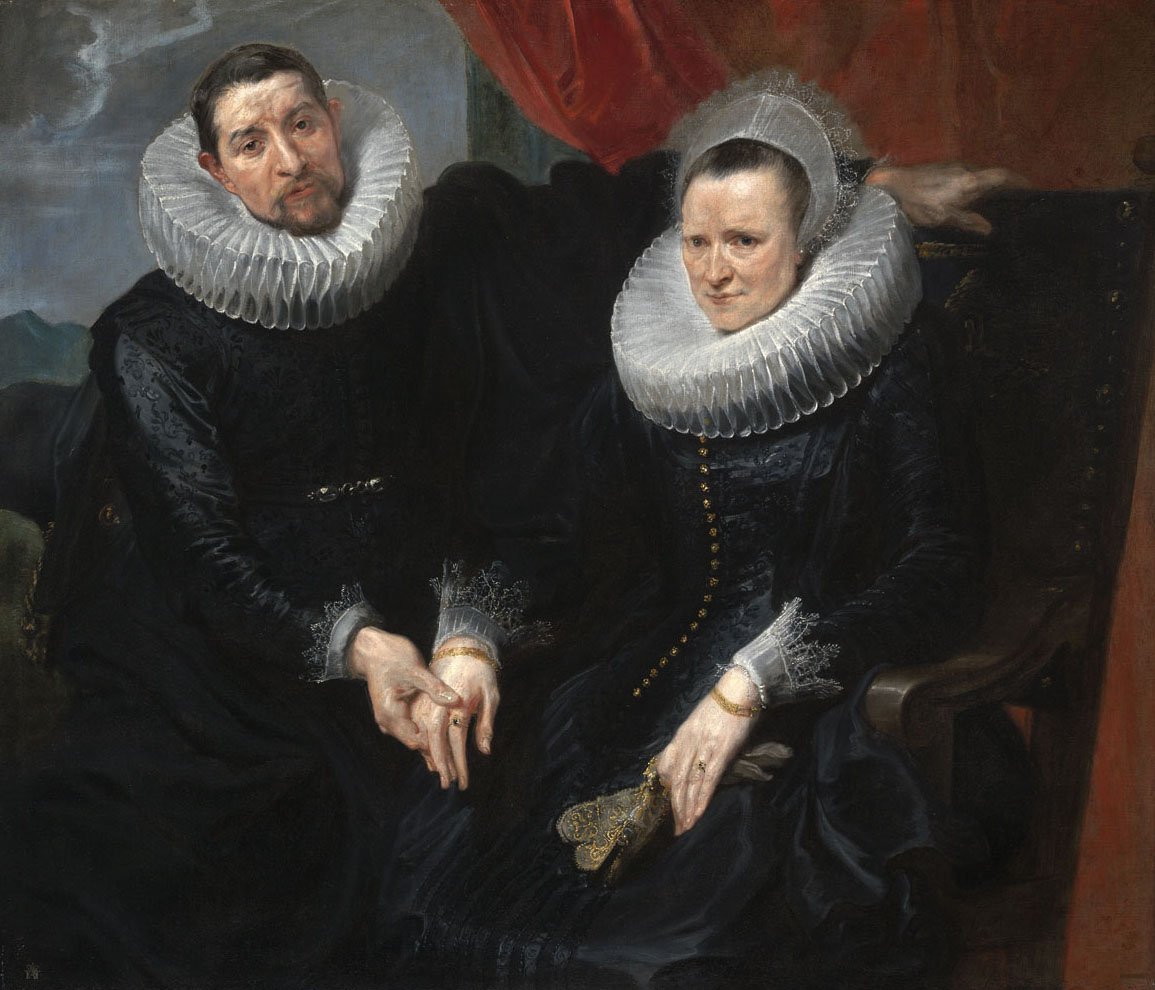 PRACTICAL INFORMATION FOR VISITORS OF THE EXHIBITION

One may wonder whether there is any specific symbolism hidden in this image or whether it was pure pleasantry that Van Kessel made his central grotesque head a pope, with a king and a queen flanking, and with another crowned head and a lady. Whatever the artist’s intention, he painted this piece with an exceptional attention to detail, almost no brush stroke can be detected, which suggests that it was destined for a highly important patron.

Jacob Jordaens and Frans Snyders: The Gifts of The Sea

Painted in Snyders’s characteristic virtuoso style, these gifts of the sea more than hold their own against the bold contingent of mythical creatures above. Jordaens peopled the waves with Neptune and his consort, Amphitrite, – proffering freshly speared fish on their tridents – accompanied by their usual entourage of Nereids and Tritons. On shore, Cupid angles from atop a large boulder while Mercury points to the sea with his caduceus.

Boeckhorst depicted the life-size woman gracefully before a cloudy sky filling the entire background. She wears a gown of costly, shimmering cloth and her ears are adorned with large pearl earrings. Strings of pearls are arranged in her headdress, with an antique gem in the middle.1 She clasps a thin veil embellished with gold thread, which flutters playfully in the wind.