Following the reconstruction end expansion of the Star Fortress in Komárom, the Museum of Fine Arts, Budapest realized a large-scale exhibition in the renewed building from its more than one-hundred-year-old plaster cast collection.

Following the artistic trends of the nineteenth century, upon its foundation in 1896, the Museum of Fine Arts decided to establish a collection of sculptural replicas. In accordance with the idealistic approach of the time, the aim was to make art accessible to the public at large through copies, and to present the history of sculpture with the aid of plaster casts. Accordingly, collections of sculptural replicas were established in Europe and North America one after the next. The large ground floor halls of the Museum of Fine Arts building were originally designed to accommodate the plaster replicas, including some monumental pieces. During the 1920s and 1930s, the importance of replicas began to dwindle internationally and original works increasingly came to the fore. These developments also affected the Museum of Fine Arts’ approach: although no plans were made for scrapping the replicas, they were not protected during World War II. Left in the exhibition halls, many of them suffered extensive damage. After the war, some of them, mainly the copies of medieval and Renaissance artefacts, were moved into the Romanesque Hall, closed off to visitors. At first, the casts of ancient antiquities were stored in the museum cellar, and then they were transported to the countryside.

The display of selected pieces from the museum’s plaster cast collection was made possible by the reconstruction of the Star Fortress in Komárom carried out between 2017 and 2019. The restoration of the casts lasting four years resulted in the installation of the pieces in Komárom. Some three hundred copies can be viewed here spanning from replicas of relics from Archaic Greek art all the way to the most well-known pieces of sixteenth-century sculpture. One part of the old fortress’s linearly arranged spaces accommodates the casts of ancient Graeco-Roman sculpture. The frontal mode of depiction, characteristic of Archaic Greek sculpture, is illustrated here by copies of famous works, such as the Calf Bearer, unearthed on the Acropolis in Athens in the nineteenth century. Classical Greek art is best demonstrated by copies of masterpieces by the best-known sculptors of the period. Hellenistic art is represented, among others, by a copy of one of the most popular sculptures in the Louvre: Aphrodite of Melos (Venus de Milo). The casts of other famed sculptures, the Laocoön Group and the Figure of the Personified Nile, illustrate the influence of ancient art on the Renaissance, and are displayed next to the casts of Renaissance works. The replicas of medieval and Renaissance pieces, exhibited in the rest of the spaces of the former barracks, allow an insight into the history of Renaissance sculpture, primarily through the copies of works by Florentine artists, such as Donatello, Luca della Robbia, and Michelangelo. The casts present a clear picture of Renaissance art and sculpture with Florence as its birthplace, one of the early examples being Donatello’s Annunciation. The large hall in the fortress’s inner courtyard houses copies of monumental Renaissance works, including the equestrian statues of Gattamelata by Donatello and of Bartolomeo Colleoni by Andrea del Verrocchio. Also visible here is a copy of the gilded bronze gate of the Florentine baptistery made by Lorenzo Ghiberti and dubbed the Gates of Paradise by Michelangelo.

A large-scale and complex rehabilitation of a collection such as this one is unprecedented in Hungary. The institution that has been established in Komárom is unrivalled in all of Central Europe. Only a few similar projects are known in a wider European context; for example, the renovation of the Cité de l’architecture et du patrimoine in Paris in 2007 or the restoration and opening of two halls displaying large plaster copies in the Victoria and Albert Museum in London in 2014 and 2019. The above and some additional, sporadic examples are now joined by the exhibition in the Star Fortress in Komárom  unmatched in this part of Europe and outstanding in a wider geographical setting too. 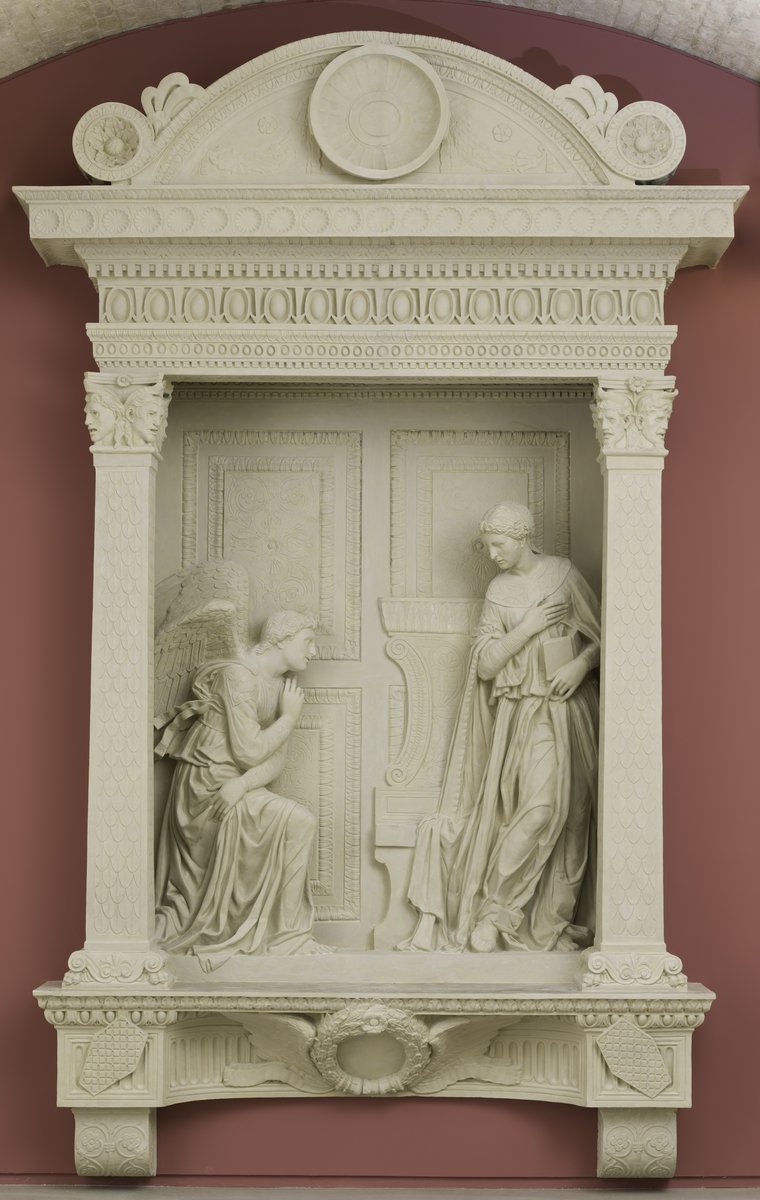 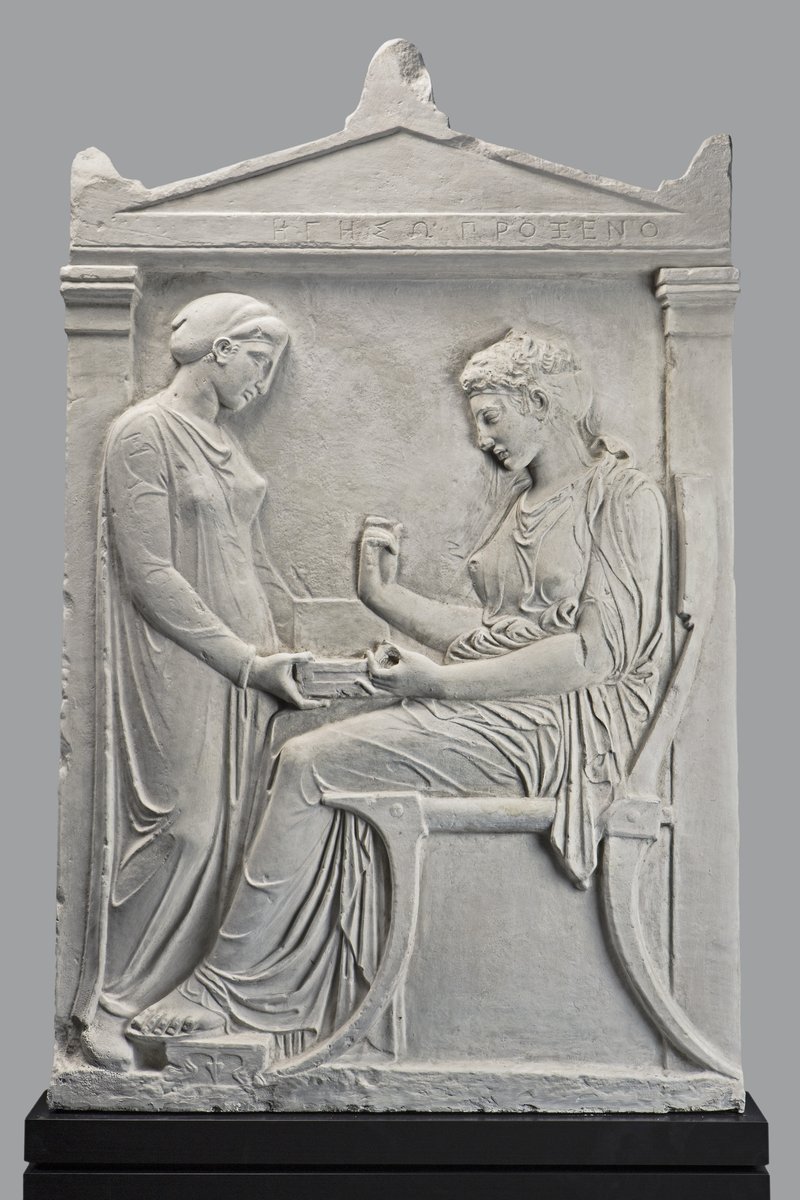 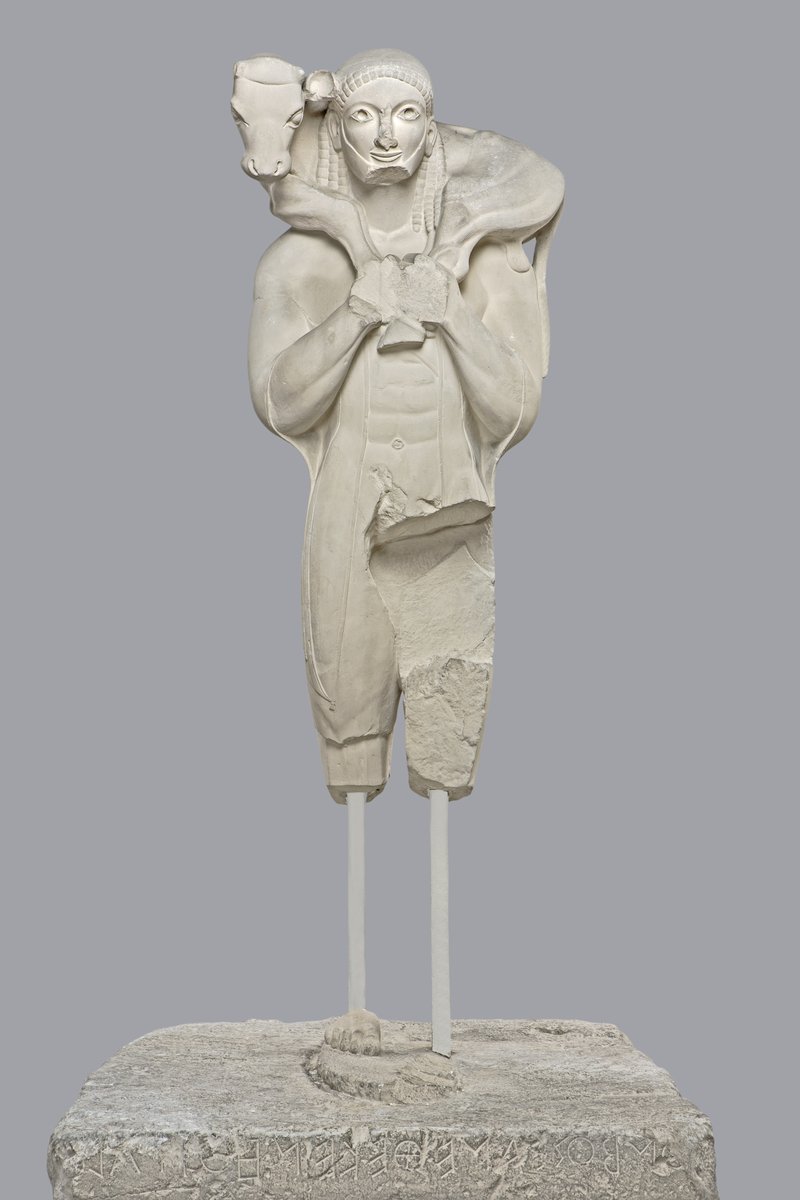 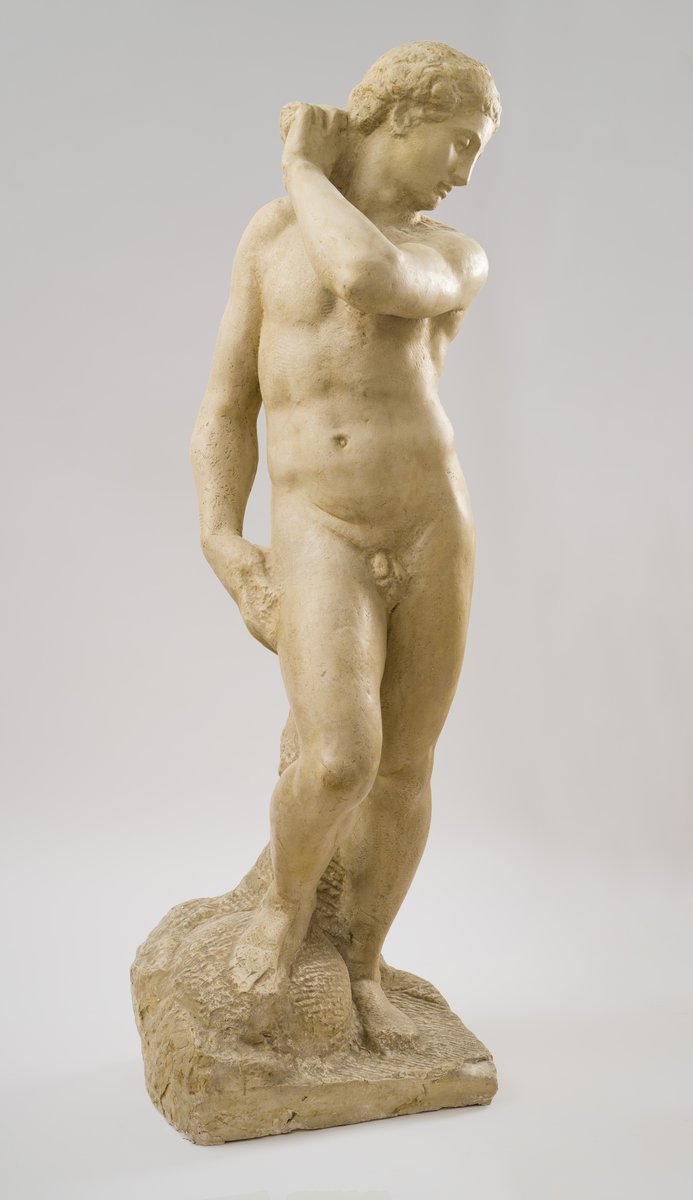 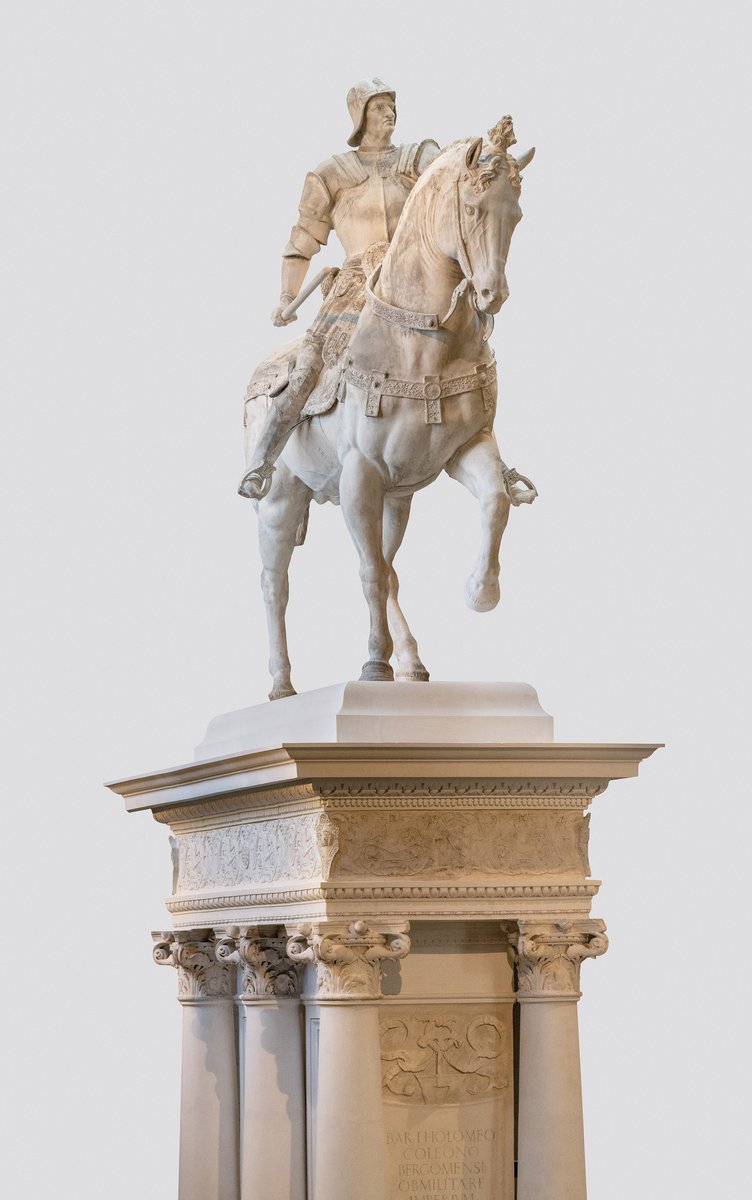 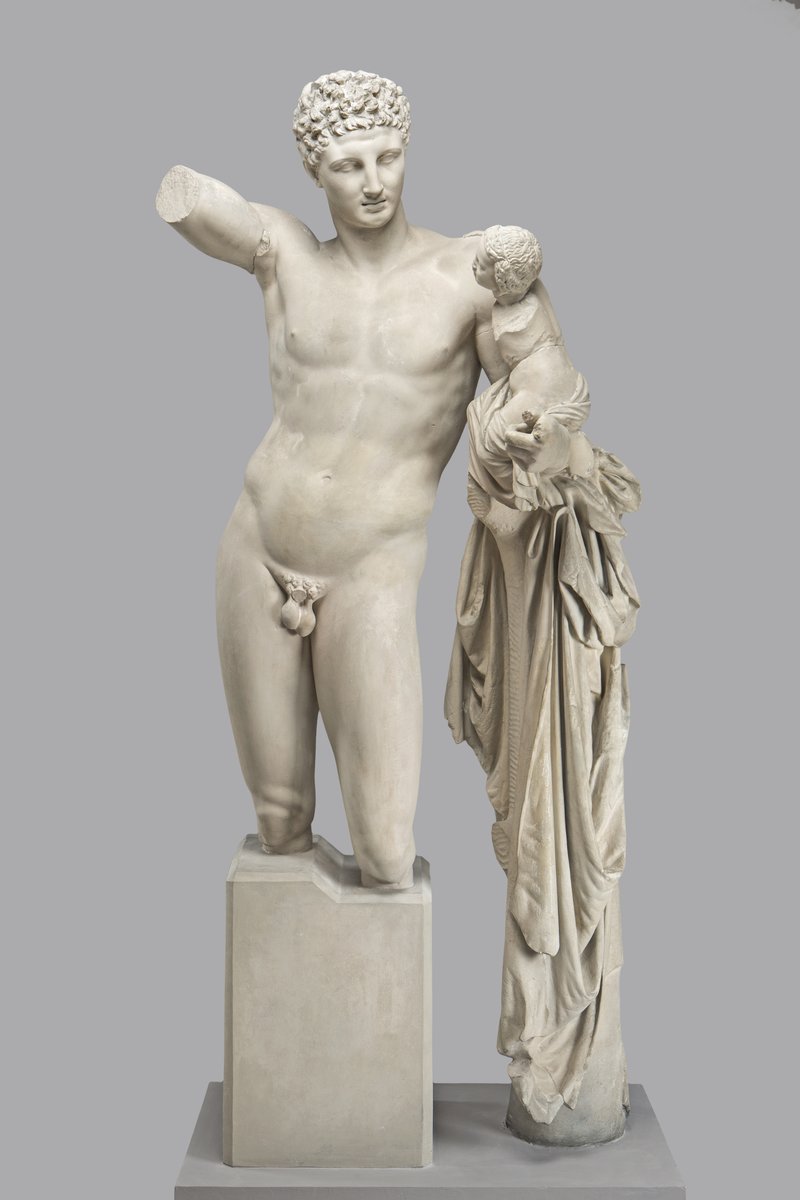 Hermes and the infant Dionysos

History of the collection - photos

The Star Fortress in Komárom opened its doors