The new permanent exhibition of the Collection of Classical Antiquities presents the ancient classical tradition, focusing on the cultures of ancient Greece, Etruria, and Rome in the context of the entire Mediterranean world. The ancient cultures are presented in three parts from three different perspectives.

This room brings to life the three most important traditions of Mediterranean art in classical antiquity. Although the ancient languages, through most of their history, lacked a specific expression similar to the modern concept of art, and the objects displayed here were mostly intended for everyday use, they later came to be regarded as works of art. Subsequent periods were in constant dialogue with antiquity, sometimes regarding ancient works as the paragon of perfection, at other times dismissing them as representatives of an outdated tradition.

The ancient Mediterranean: a union of cultures

This part of the exhibition highlights characteristic features of the cultures of the ancient Mediterranean in geographical, historical, and thematic arrangements. An overview is also provided of the history of two important genres: Greek figural vase painting and Roman portraits. These examples outline one of the fundamental characteristics of classical antiquity: the openness, or willingness to welcome and engage with other cultures. This connectivity is one of the most important legacies of these cultures in our own time.

“Enter, for here too are gods.” Eros – Dionysos – Thanatos

Eros, Dionysos, and Thanatos are gods whose presence we experience in an elemental way – just like the people of antiquity. The objects on display illustrate aspects of the intellectual heritage of classical antiquity that may have a relevant message today. The starting point is provided by Greek gods and concepts, but the exhibited works of art do not appear in chronological order, or according to cultures. The thematic arrangement emphasises that the ancient cultures of the Mediterranean evolved into a common tradition – a fundamental characteristic of classical antiquity that we too are well aware of.

The material from the Collection of Classical Antiquities is complemented by works of art on loan from other museums. The dialogue between cultures is also attested by “forgeries” that appear among the ancient objects as unique reinterpretations of ancient models.

The exhibition is intended for browsing rather than for continuous reading from the beginning to the very end. We do not offer an idealised picture of antiquity. Visitors will perhaps ask: “How could one live like that?”; at other times, they may feel a sense of astonishment that it was indeed possible to live that way. It is a decisive feature of ancient tradition that its message may be valid and relevant beyond antiquity – studying ancient cultures can lead us towards better knowledge of ourselves and our own culture. 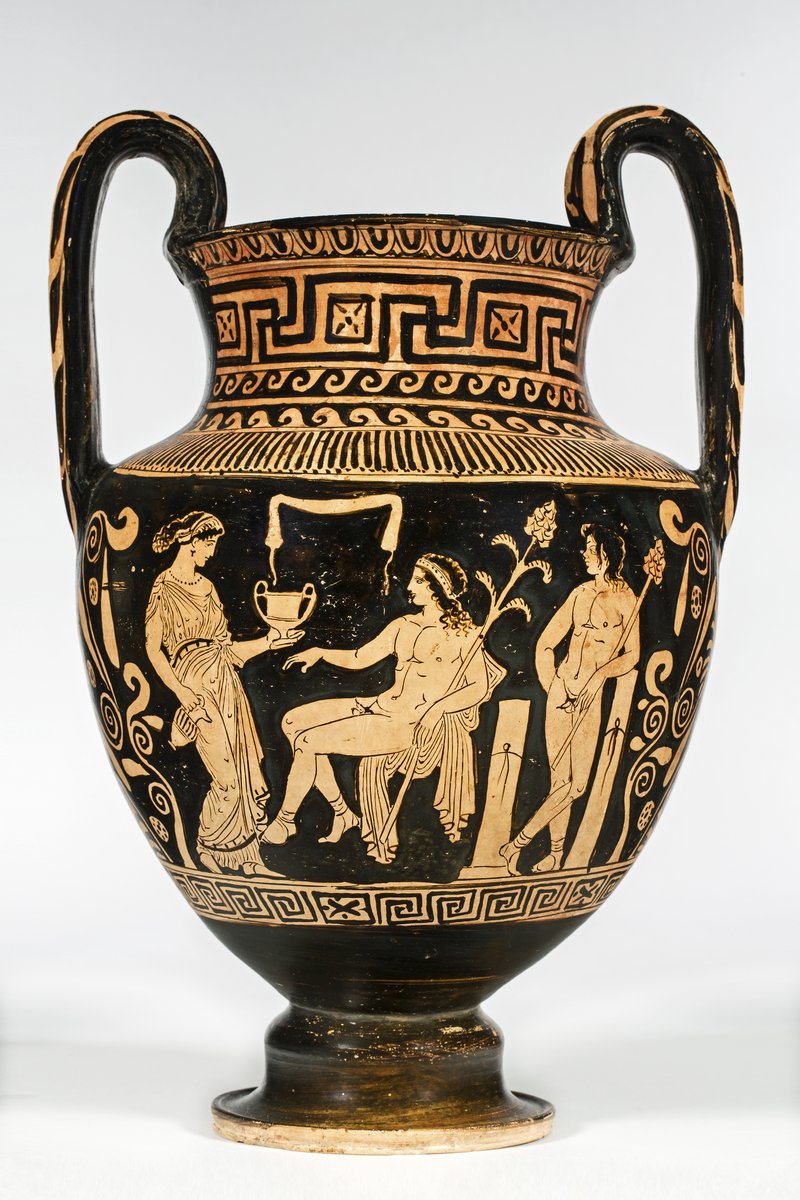 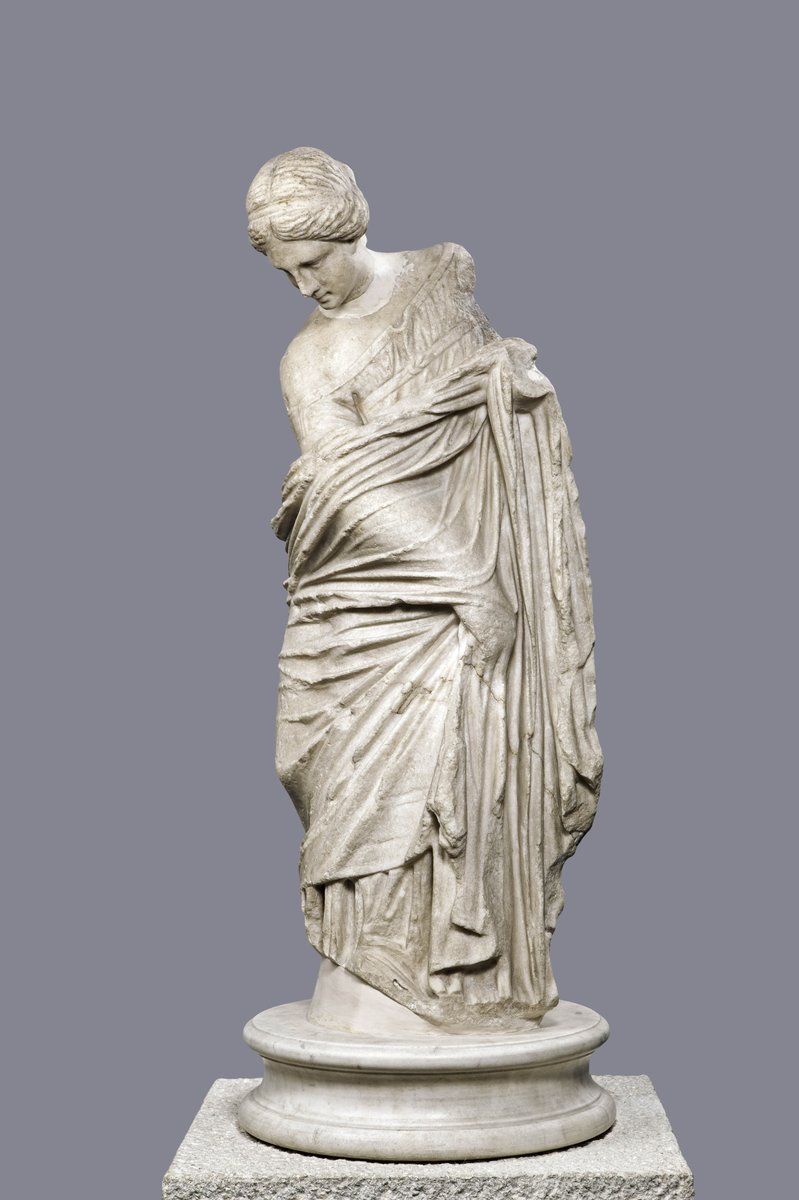 Statue of a Girl (“The Budapest Dancer”) 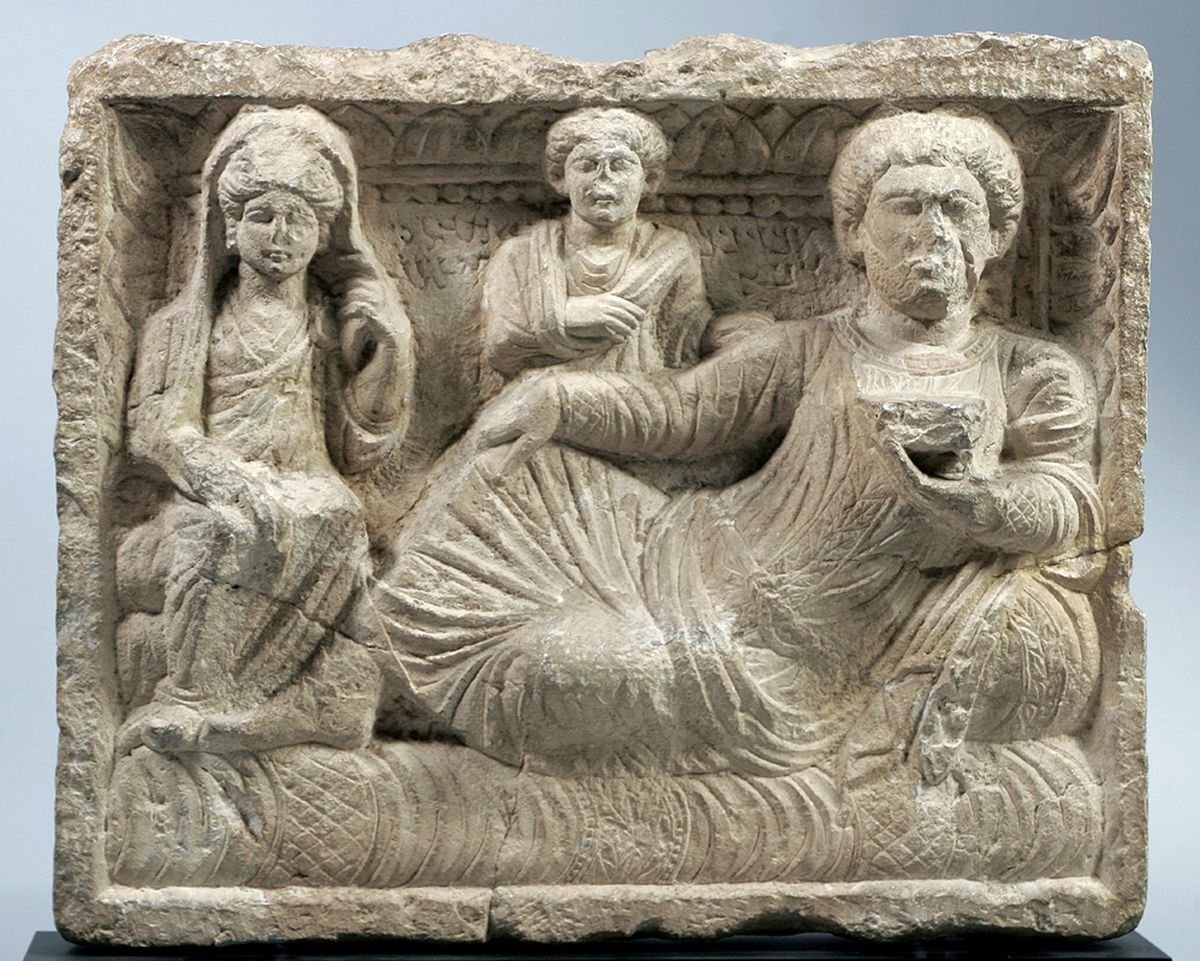 Funerary Stele of a Palmyrean Couple

Base of an Etruscan funerary monument

The four sides of the base feature scenes of funeral games: wrestling and boxing, athletics and chariot races. Besides the contestants, there are also referees, scribes and musicians. The sporting events are complemented by a show of acrobatics. Sport and circus thus share common roots here, both having evolved from funerary cult. Two scenes depict Phersu, the bearded Etruscan demon, who may have incited competitors to bloody combat.

One of the most important pieces of the collection, this bronze jug once belonged to the patrician Grimani family in Venice. The chief adornments of the vessel are two mythical creatures. Silenos, a follower of Dionysos, sits on the edge of the spout, with drinking horns in his hands. At the base of the handle is a siren. Sirens awaited those entering the underworld, alleviating the bitterness of death with the beauty of their song. The imagery of the vase, which was probably intended for deposition in a grave, thus connects Dionysos and Thanatos, the spheres of ecstasy and death.

Orpheus’ most famous deed was his descent to the underworld to save his wife, Eurydice. Enchanted by his singing and lyre playing, the god of the underworld agreed to release Eurydice. Orpheus’ music even tamed the wild beasts. Orpheus surrounded by animals turning towards him was a theme frequently used in ancient Roman mosaic art. The Budapest mosaic, once possibly decorating the floor of a villa, must have also originally occupied the middle part of a large composition depicting this scene.