The Old Master Paintings’ rearranged permanent exhibition of eighteenth century art has opened in revamped halls. Together with this new show, set on 450 square metres on the building’s second floor, visitors can now form a comprehensive picture of the European art trends and the most important works of six centuries, from the early Gothic era to Classicism.

The exhibition displays the most beautiful pieces of our museum’s extraordinarily rich and diverse collection organised around schools and themes. The first hall presents Spanish and colonial painting, including Francisco de Goya y Lucientes, who stood out as a unique, uncompromising genius from among the Spanish artists of the period. At the beginning of his career he embraced the rococo style: this period of his oeuvre is represented in the exhibition by the wonderful portrait titled The Wife of Ceán Bermúdez. By the turn of the century Goya’s art had transformed and had become unique. Viewing the world with critical eyes, the social and political turmoil in Europe affected him profoundly. He addressed the devastation of the Napoleonic Wars, which by then had reached Spain too, already in his paintings predating romanticism, such as  The Water Carrier and A Scene from the Spanish War of Independence.

After the death of France’s Sun King, the baroque style finally gave way to the decorative and elegant style of the rococo, while from the mid-1700s the rationalism of the encyclopaedists, the cult of ancient ideals and an ever-increasing sentimentalism heralded classicism and romanticism. This period, displayed in the section Grace, Spirit and Character, is represented by the works of Jean-Étienne Liotard, Jean-Baptiste Greuze and Hubert Robert.

The first part of the next unit bears the title German and Austrian Painting from the Baroque to Classicism with the works of the German painters who settled in Rome, such as Anton Raphael Mengs, Angelica Kauffmann and Johann Heinich Wilhelm Tischbein deserving special attention. These painters had such distinguished guests and roommates in the Eternal City as Johann Joachim Winckelmann and Johann Wolfgang Goethe.

The second part of the hall introduces visitors to the important centres of the Italian art of the eighteenth century: Bologna, Rome, Naples and Lombardy. The Italian painters of this period sought idyll, i.e. what was pleasing to the eye and the soul: they won the admiration of the public with their colours bathed in light, their graceful brushwork and by demonstrating the bravura of the creative process. There were eccentric masters who broke away from the main trends: they depicted unusual themes and used forms conceived in a plethora of bizarre notions. Other artists adopted a humanist realism as if rekindling the spirit of Rembrandt on Italian soil.

A special unit of the exhibition is devoted to Venice, which by this time had lost a great deal of its economic and political power but became a destination for tourists and a popular meeting place for the European elite. The most outstanding artist of this second golden age of Venetian painting was Giovanni Battista Tiepolo, who reinvented myths and legends with inexhaustible ingenuity, unprecedented intellectual freedom and, on occasion, with irony. The last hall displays a selection from the Old Master Paintings’ rich collection of landscapes and vedutas, including masterpieces such as Bernardo Bellotto’s painting titled The Arno in Florence and Canaletto’s The Lock at Dolo.

The exhibition was realised in partnership with KLM Royal Dutch Airlines and the K&H Group. 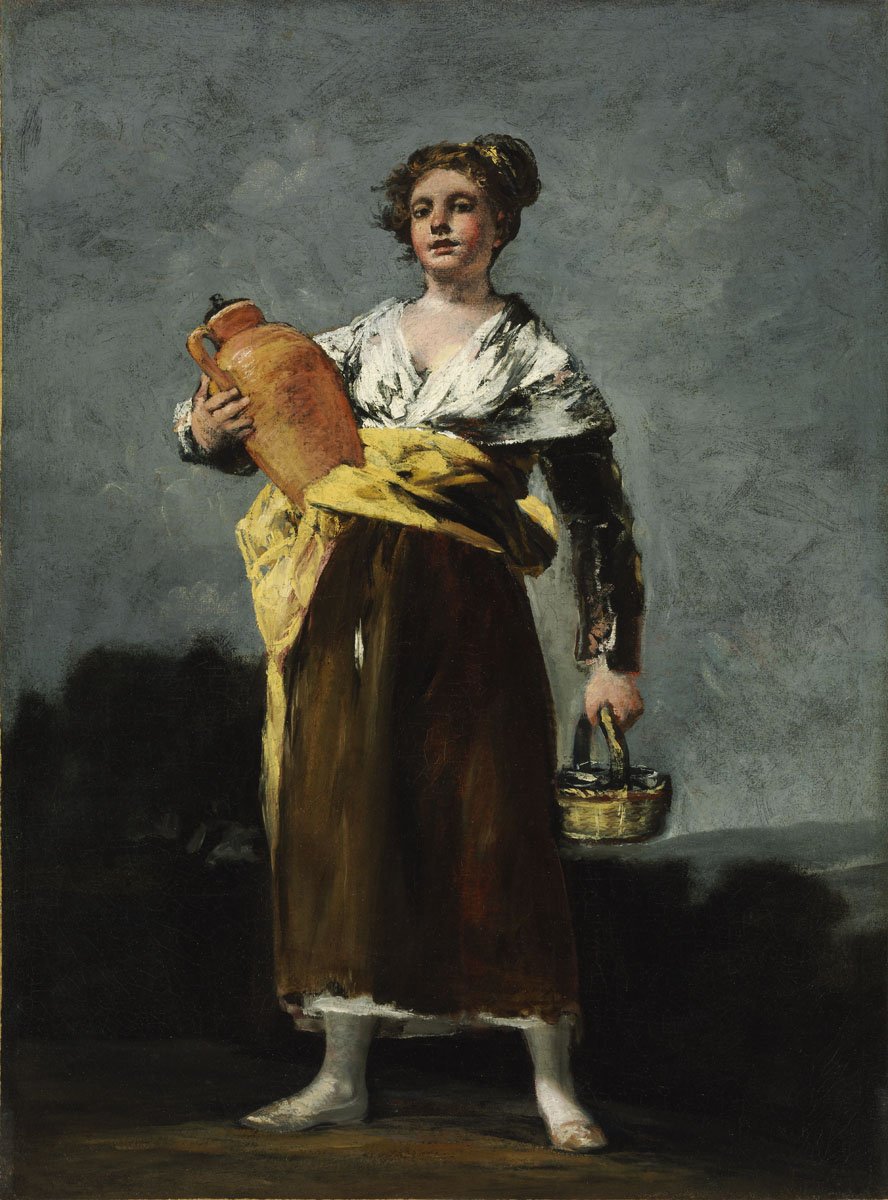 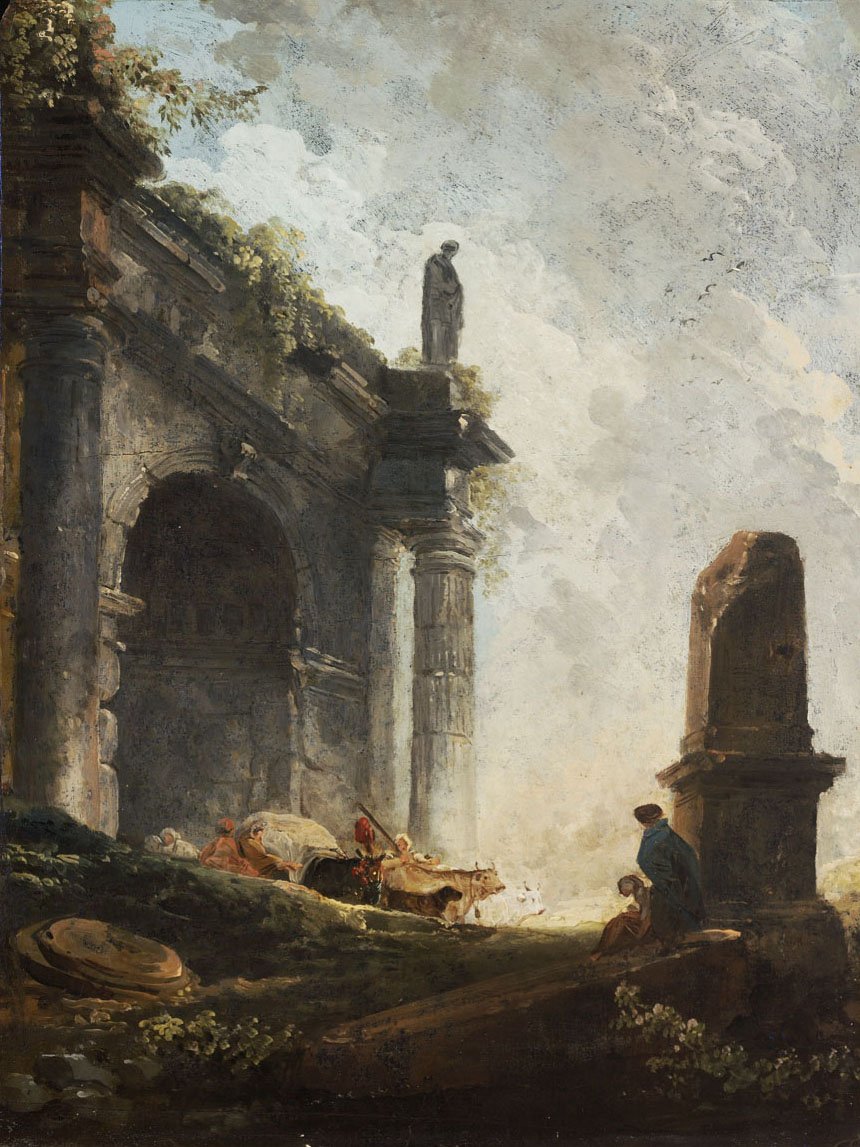 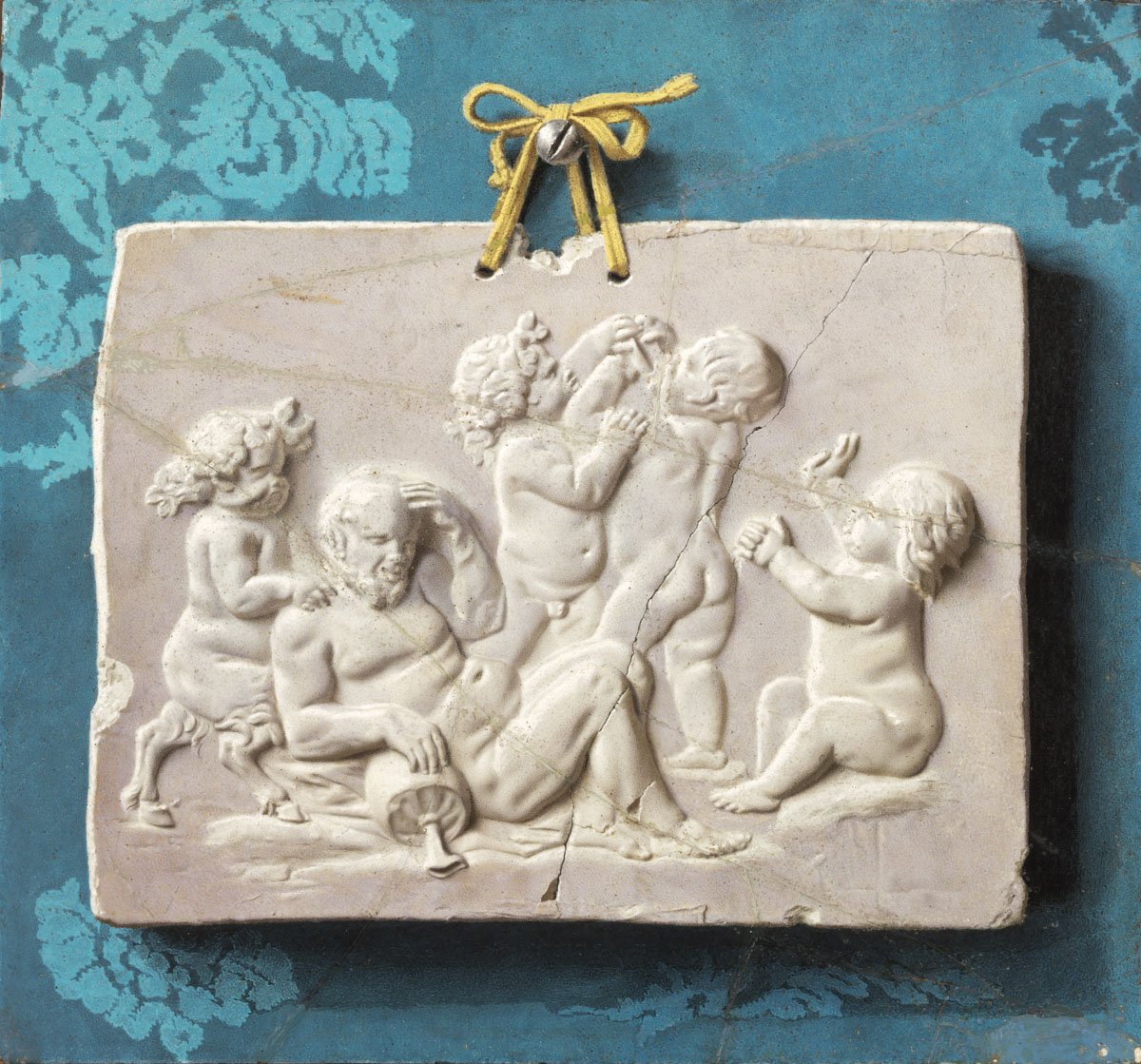 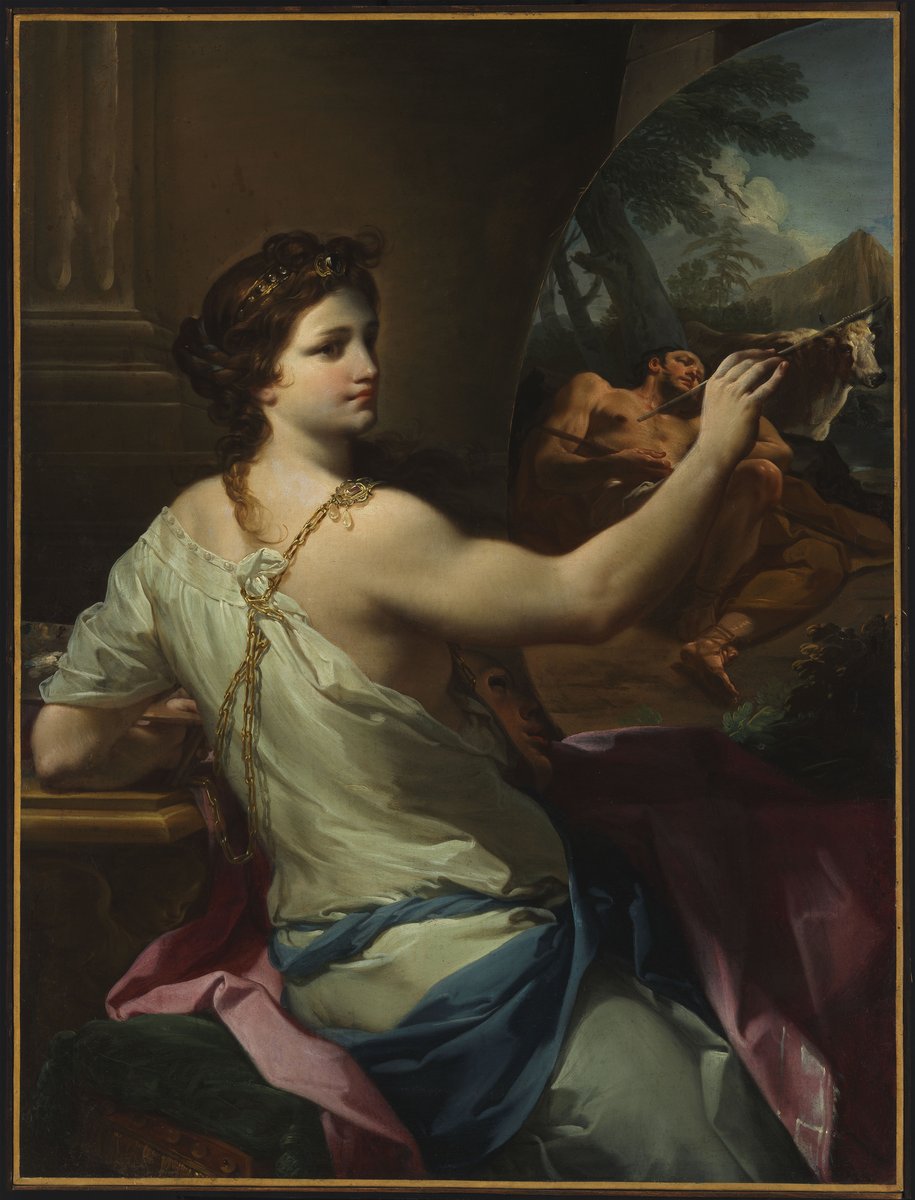 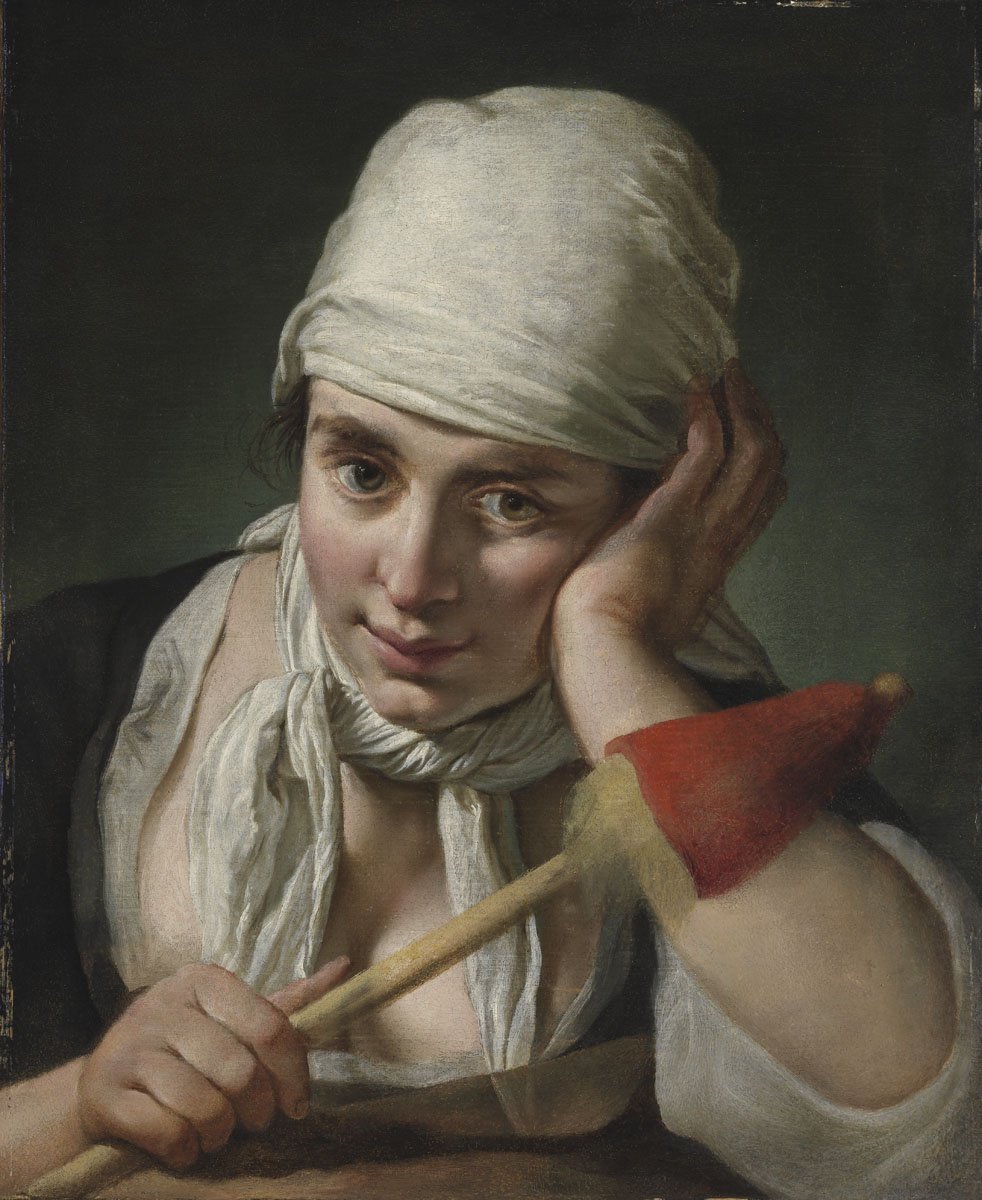 Girl with a Distaff Giacomo Ceruti 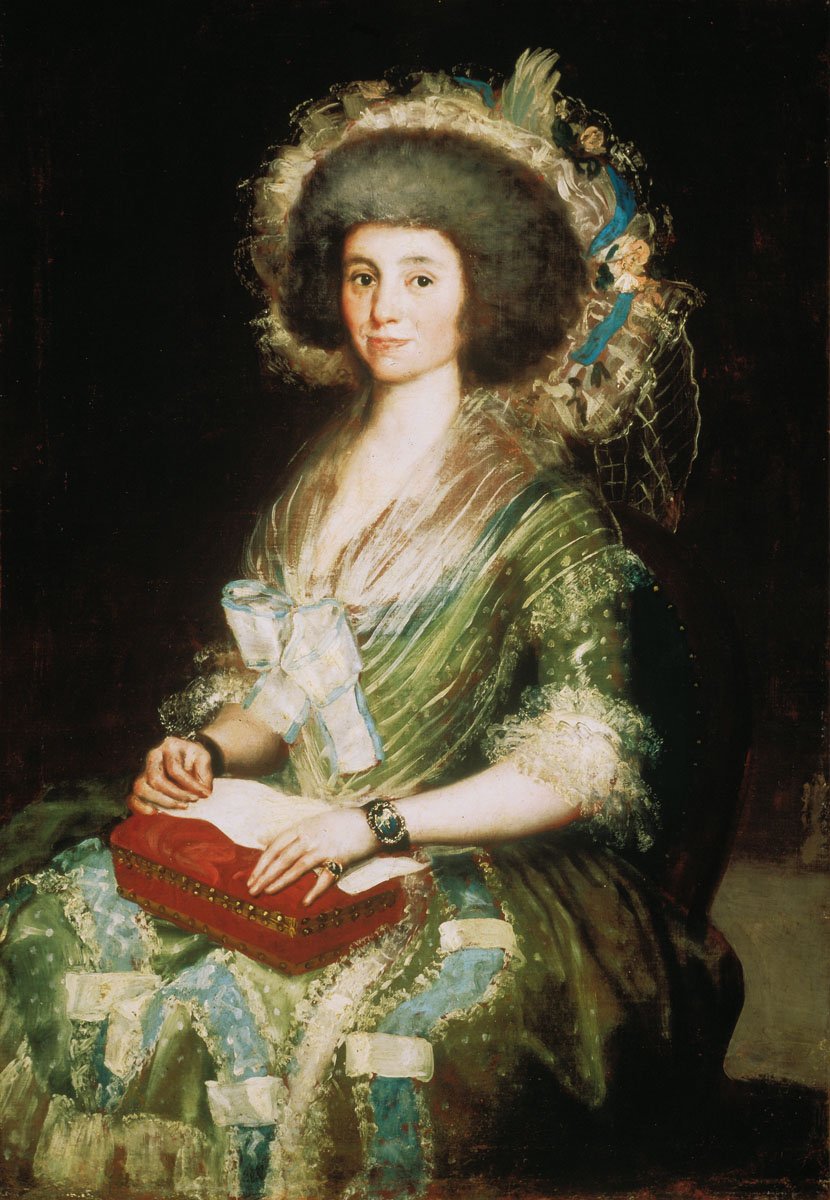 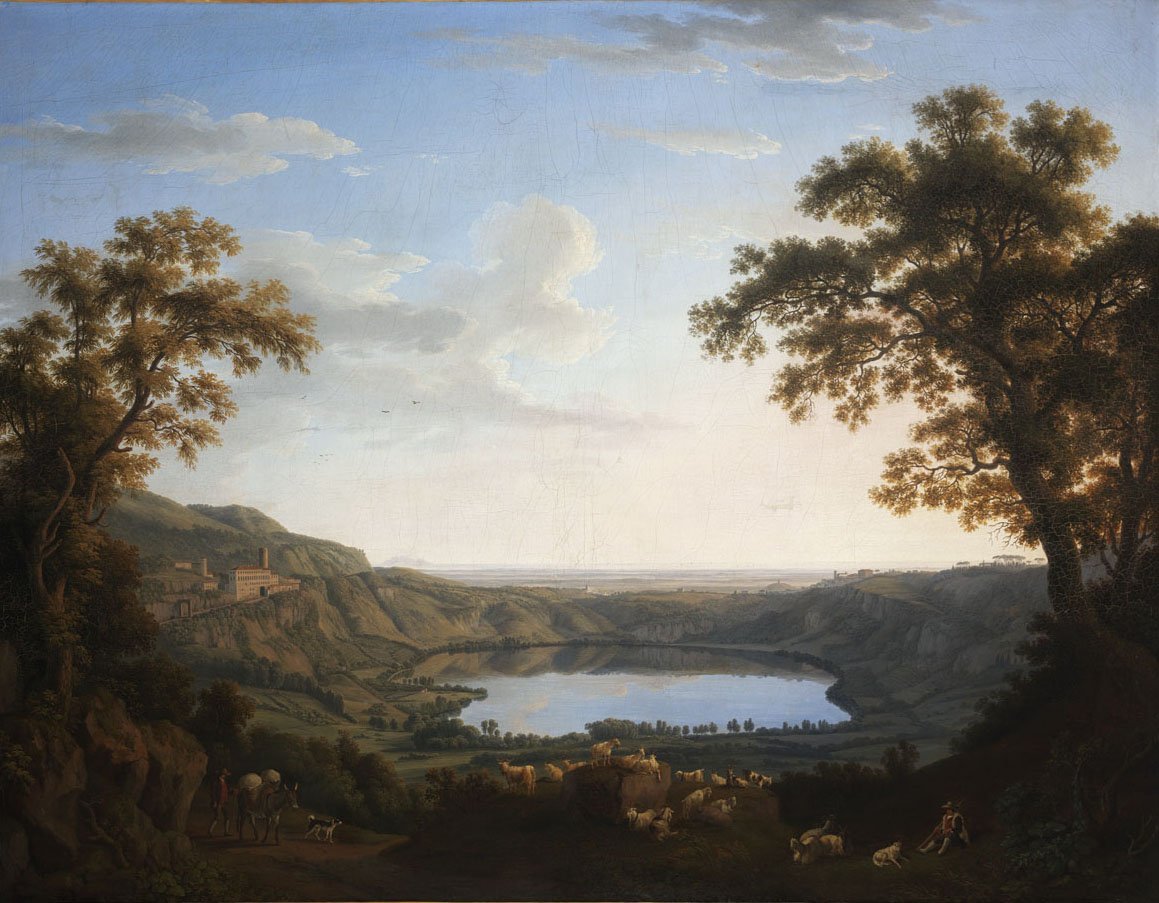 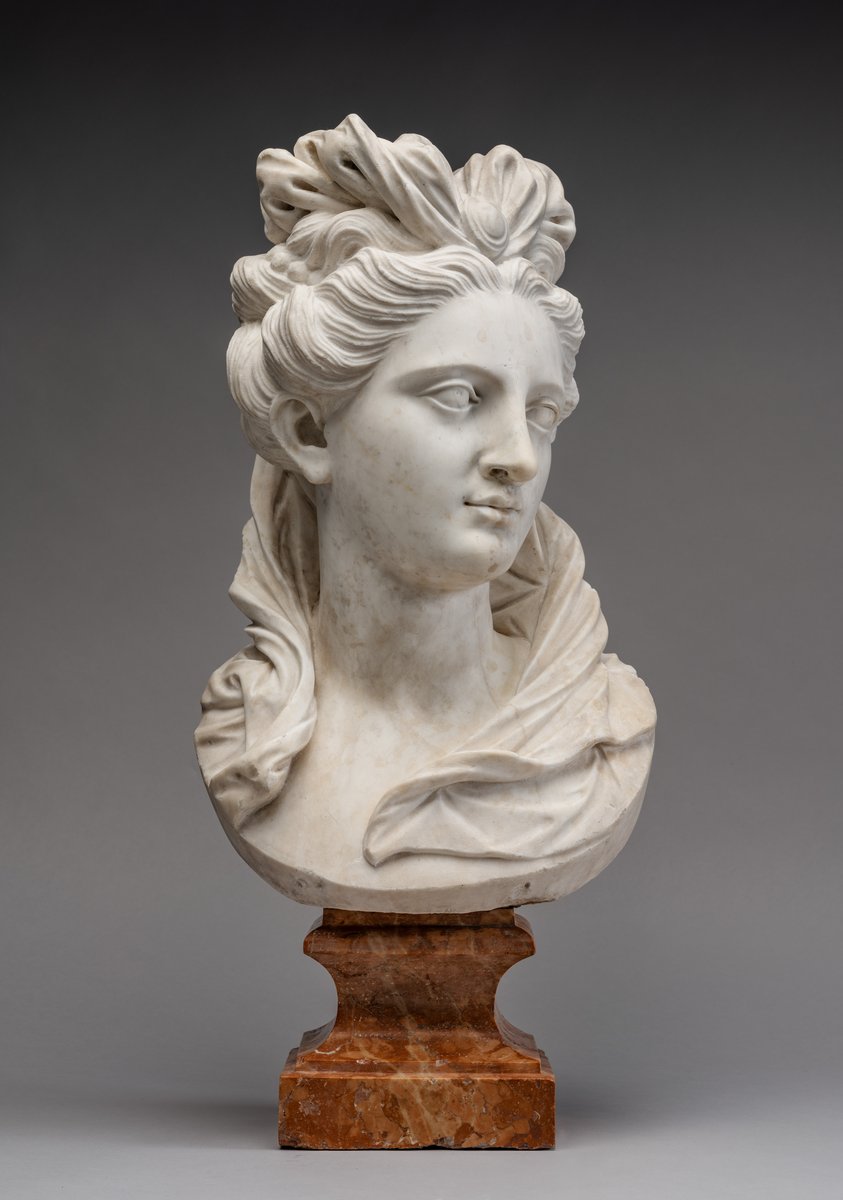 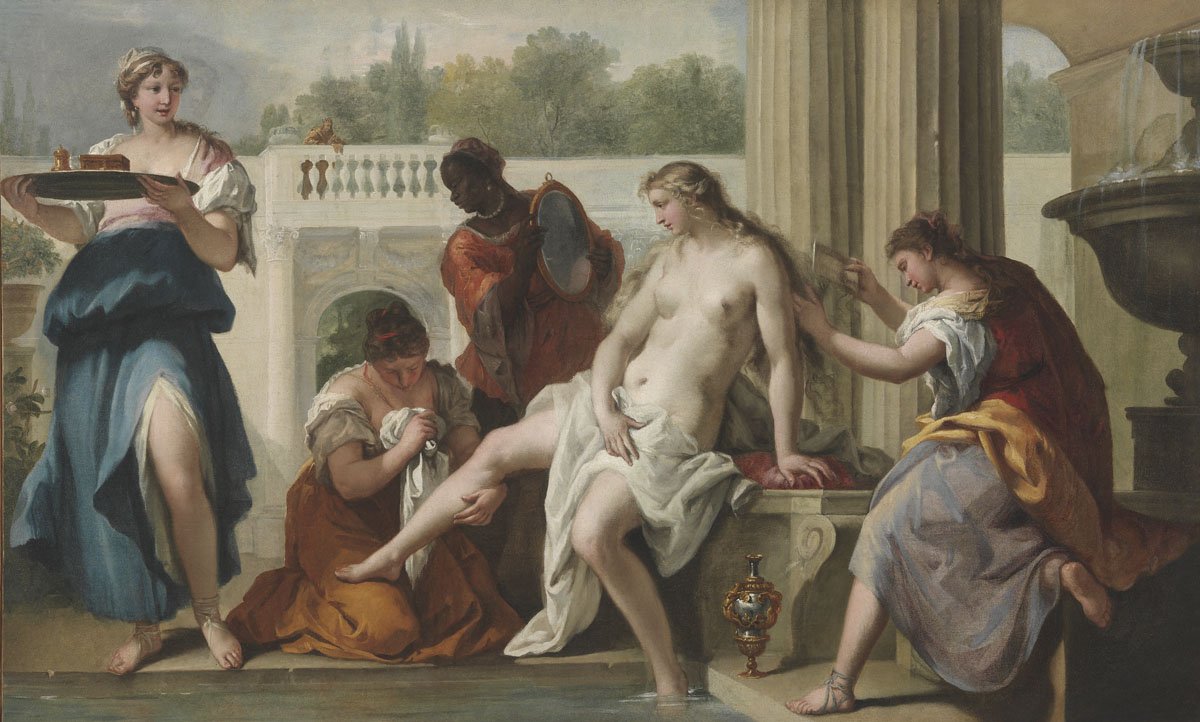 Bathsheba at her Bath Sebastiano Ricci 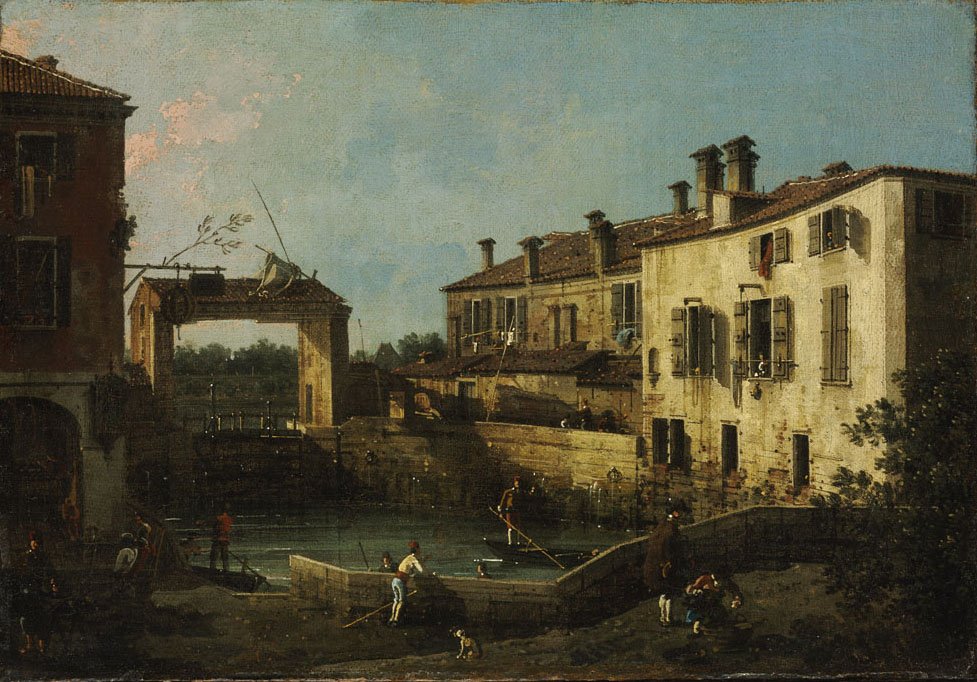 The Lock at Dolo Canaletto 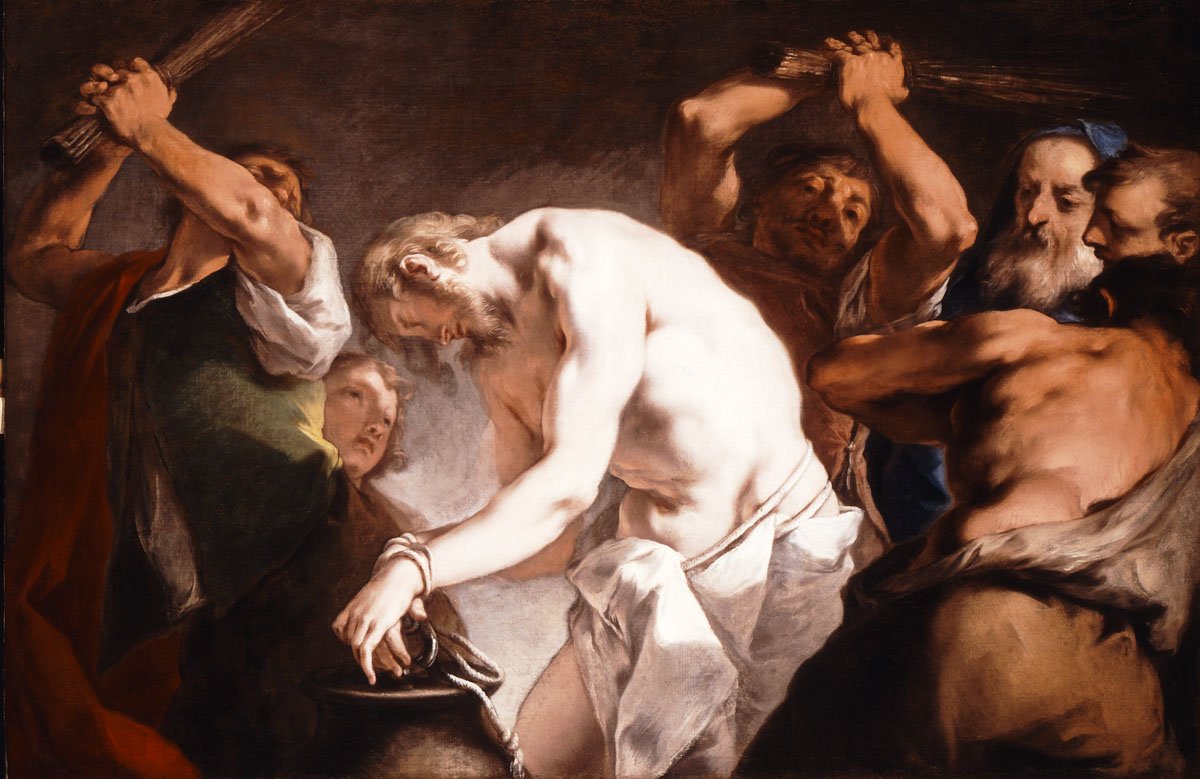 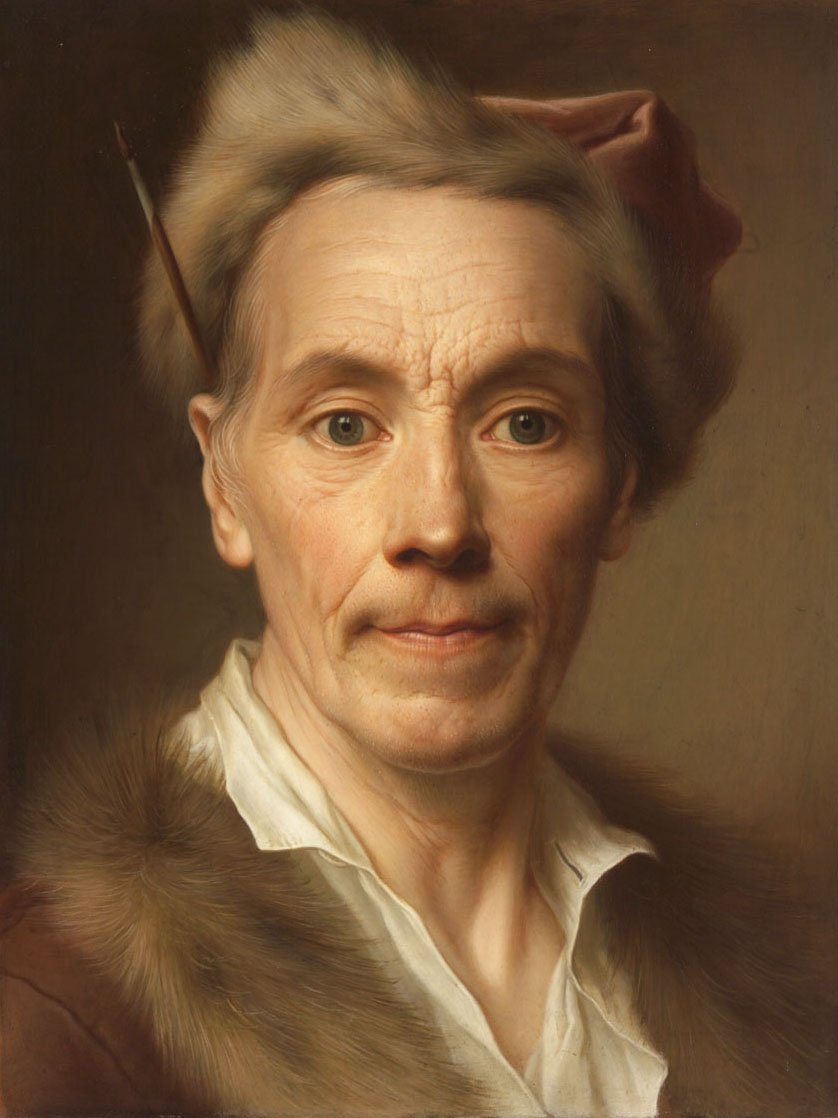 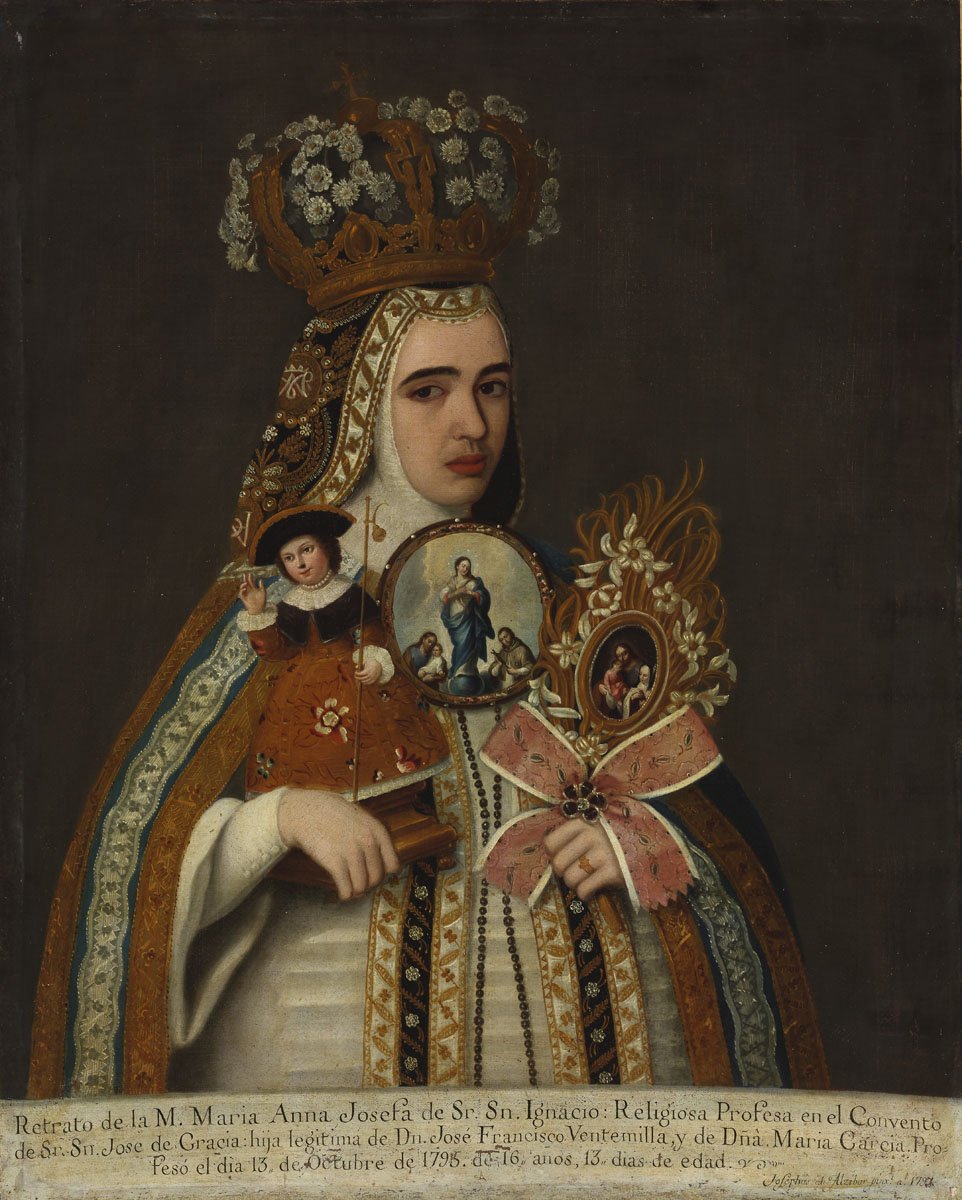 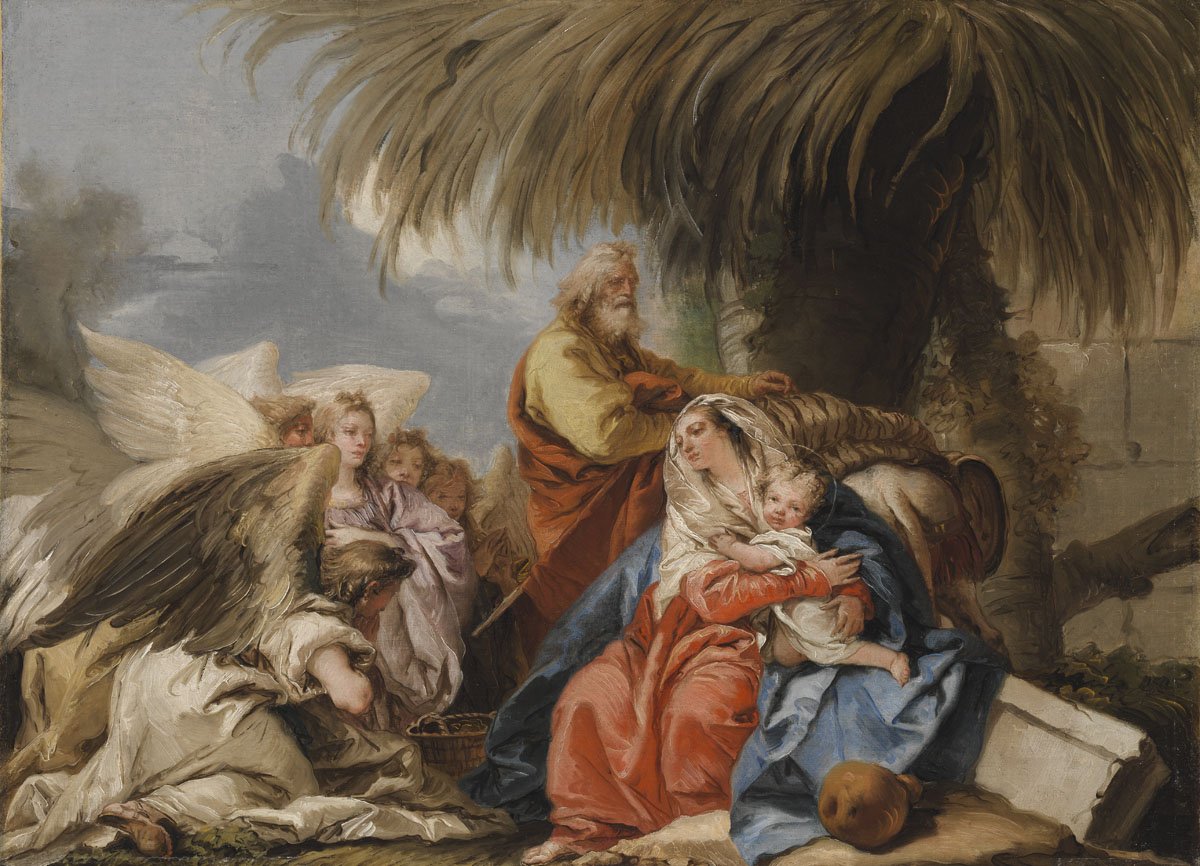 Rest on the Flight into Egypt Giovanni Domenico Tiepolo