The exhibition presents the age of Egyptian pharaoh Amenhotep II and the sensational discovery of his tomb with the life-size reconstruction of his burial chamber unearthed in the Valley of the Kings at its focus. Visitors can also familiarise themselves with the history of the great archaeological discovery based on the original documentation of the excavation. The colourful scenes decorating the walls of the chamber evoke the journey taken by the sun god and the deceased pharaoh reborn in the afterlife. Items from the original documentation of the excavation placed around the burial chamber allow a glimpse into the most exciting moments of the remarkable archaeological discovery, and visitors can step inside the fascinating life-size replica of the burial chamber of Amenhotep II.

Amenhotep II and his time

Amenhotep II ruled Egypt in the last decades of the 15th century BC, about 3,400 years ago. His father, the legendary Thutmose III, had incredible power concentrated in his hands by the standards of the time: thanks to his successful military campaigns, Egypt’s political influence and commercial domination spread from Nubia to the Euphrates. Amenhotep II ruled the vast empire he inherited from his father with success, creating a long period of stability and peace in Egypt. During his reign, most of the important offices and court titles were held by people close to the king. The pharaoh was famous for his great physical skills: he excelled in archery, rowing, running and horse riding. His outstanding successes in various sports and his love for horses are recorded in contemporary texts.

The discovery of the royal tomb

Amenhotep II was buried in one of the royal tombs carved into the rock in the Valley of the Kings, located on the west bank of the Nile at Thebes. His tomb was found and excavated in 1898 by Victor Loret, a French Egyptologist. The history of the excavation can be accurately reconstructed based on his journals, photographs and drawings, which are preserved in the archives of the Department of Egyptology at the University of Milan. The discovery of the tomb was a sensation as the pharaoh’s mummy – unlike those in other royal tombs at Thebes – was found in the burial chamber, in a sarcophagus made for him. Besides the tomb, several items of the original royal grave goods (statues of deities, inscribed vessels and amulets) were unearthed.

An even greater sensation was caused by the discovery of the mummies of another nine pharaohs of the New Kingdom – the predecessors and successors of Amenhotep II – laid in coffins in one of the side chambers connected to the burial chamber. This confirmed that the tomb of Amenhotep II was used as a royal cache at the beginning of the 1st millennium BC in the Theban necropolis to protect the bodies of the pharaohs, who were worshipped as gods after their deaths, from grave robbers.

The exhibition and the catalogue

The first version of the exhibition debuted in 2017 in the Museo delle Culture (MUDEC, Museum of Cultures) in Milan under the professional direction of the Department of Egyptology at the University of Milan. The Budapest show presents the age of the Egyptian pharaoh and the sensational discovery of his tomb based on a similar concept but with a completely different ensemble of artefacts. The displayed artefacts were loaned, among others, by the British Museum in London, the Kunsthistorisches Museum in Vienna, the Musées royaux d’Art et d’Histoire in Brussels, the Museo Egizio in Florence, the Museum August Kestner in Hannover and the Ny Carslberg Glyptotek in Copenhagen. The exhibition is accompanied by a Hungarian and English bilingual catalogue with essays by prominent world-wide researchers of Egyptology on the age of Amenhotep II and the history of the discovery of the royal tomb. 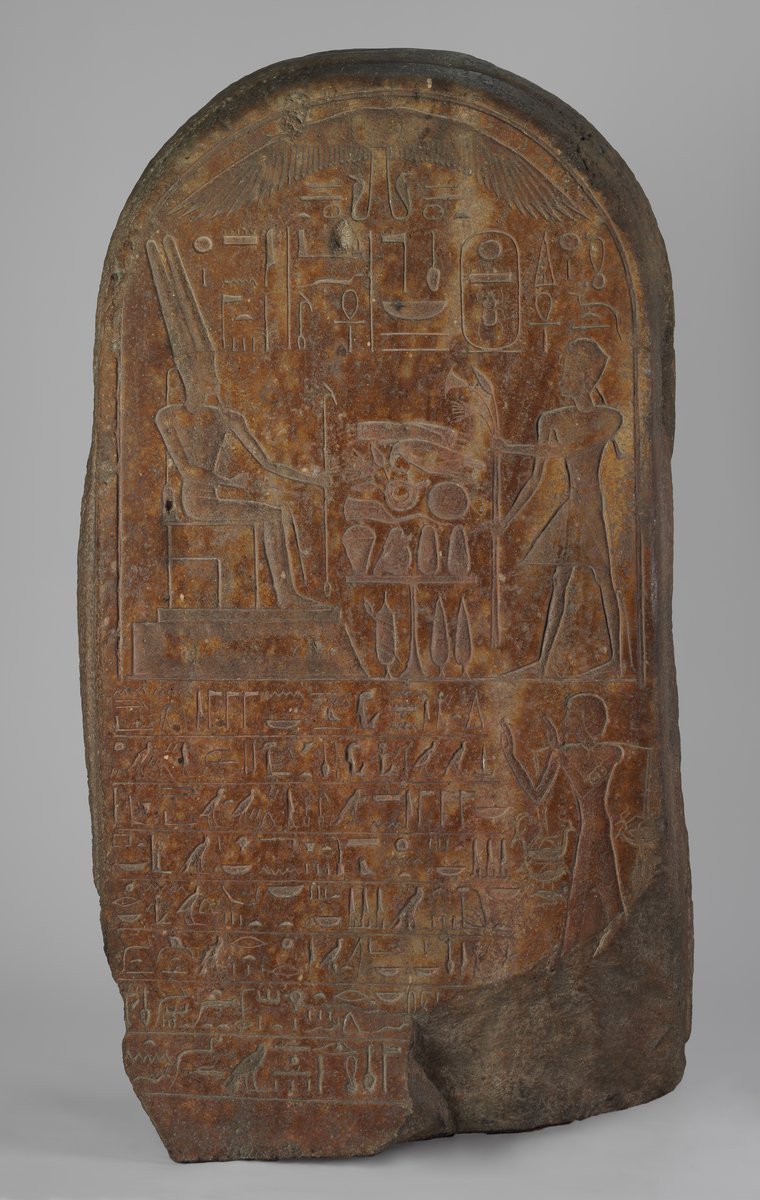 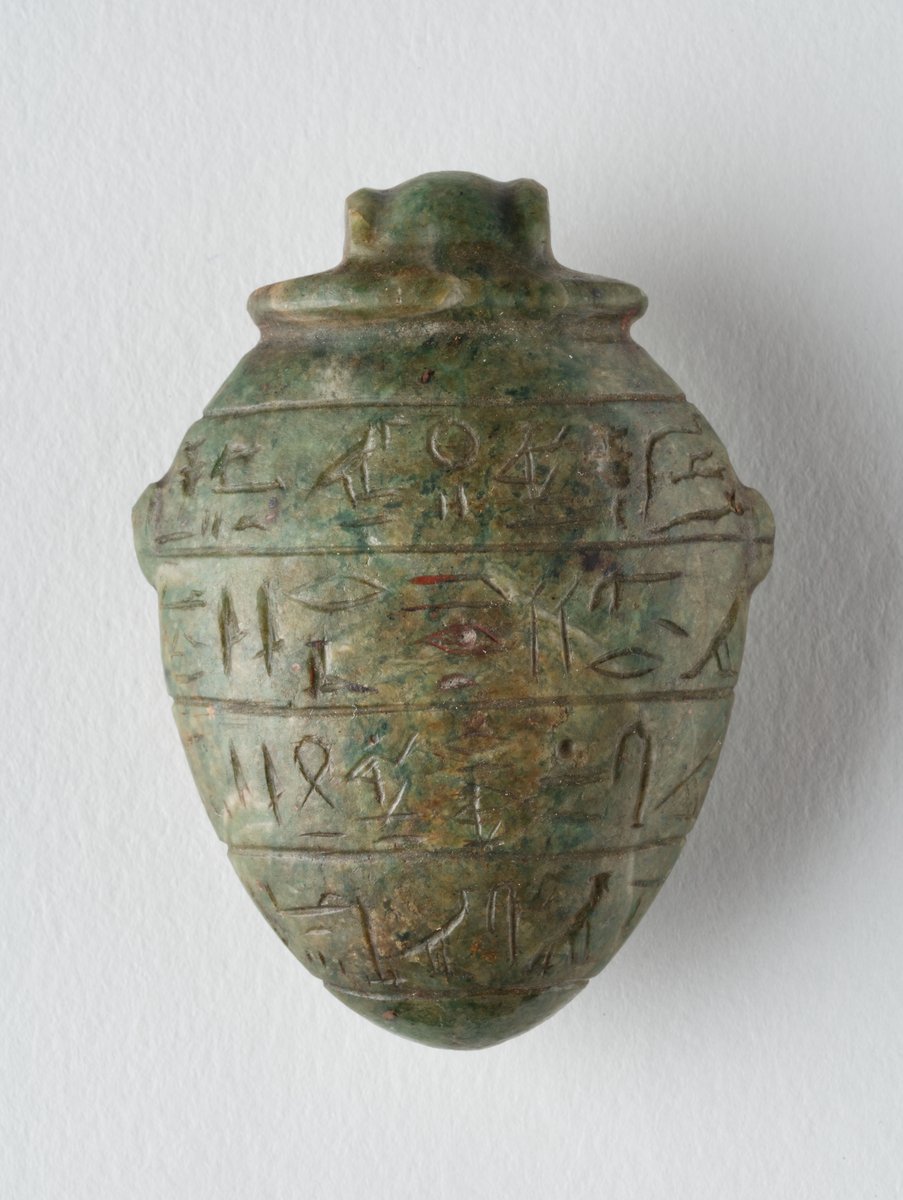 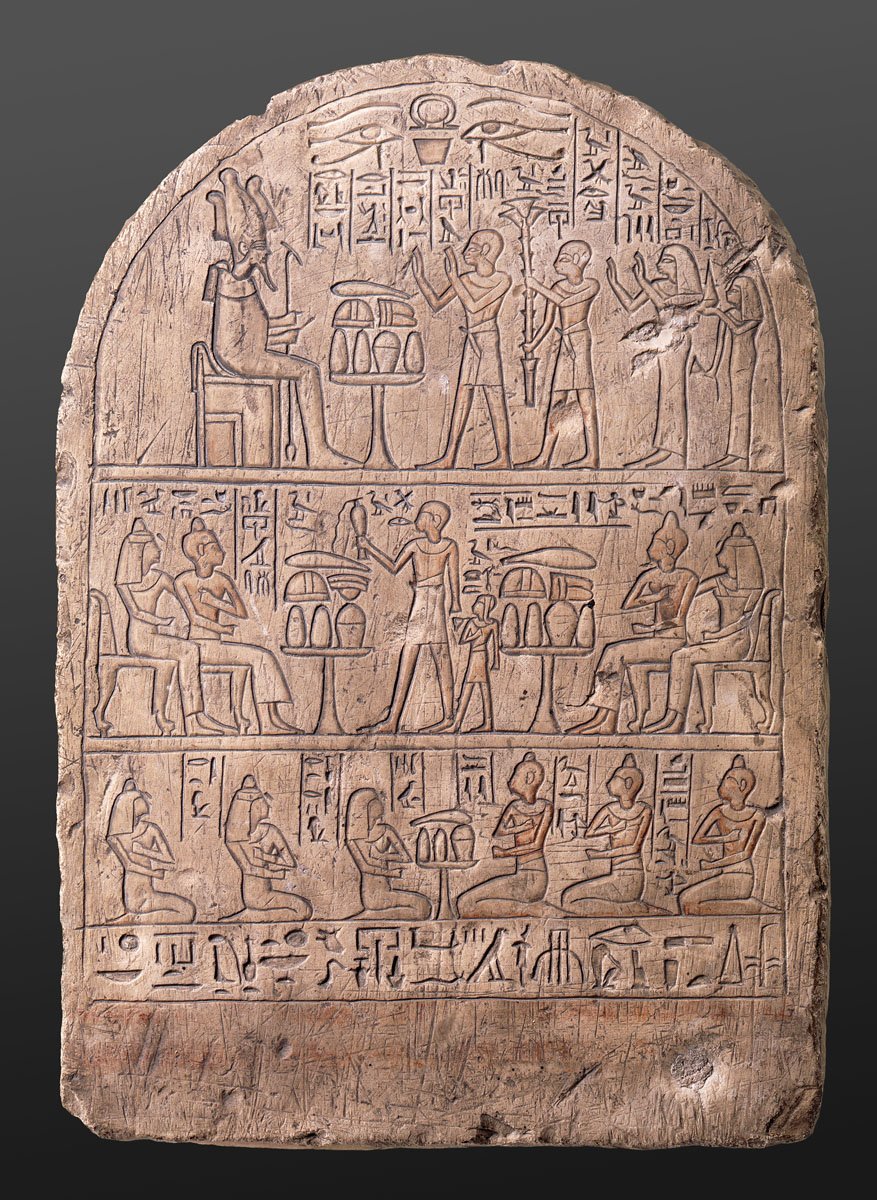 The Stela of the Custodian of the Treasury Hormes 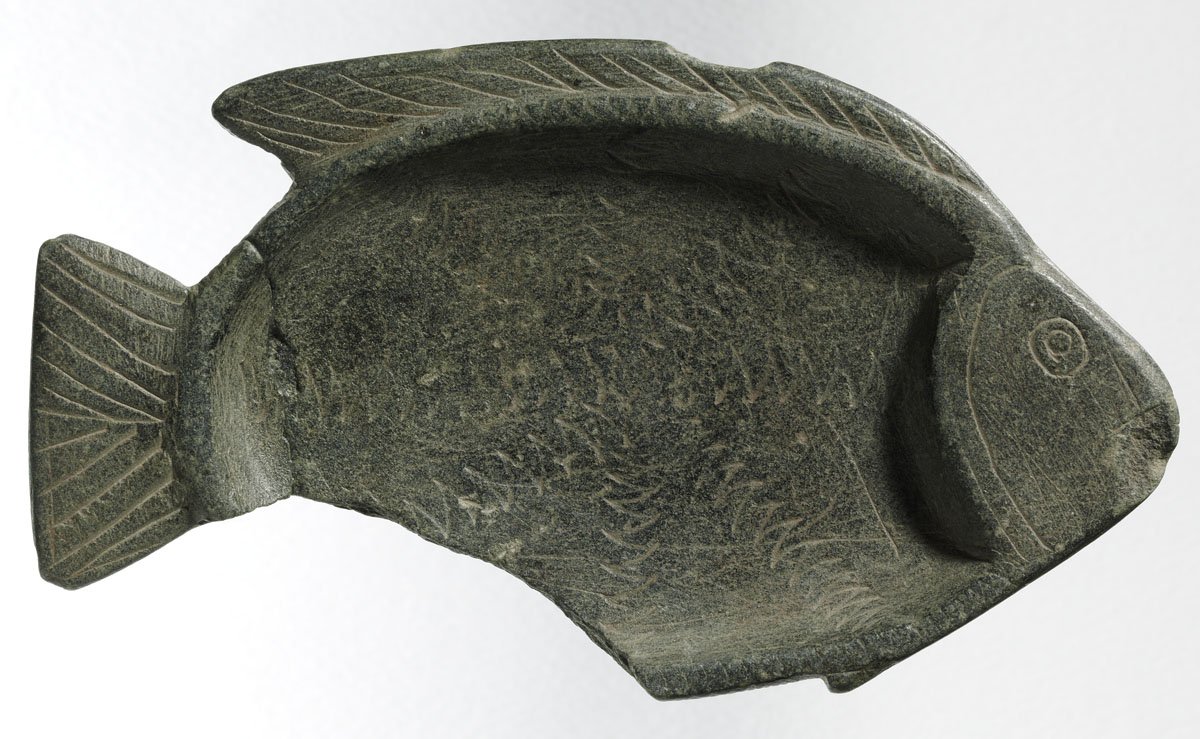 Dish in the Form of a Fish 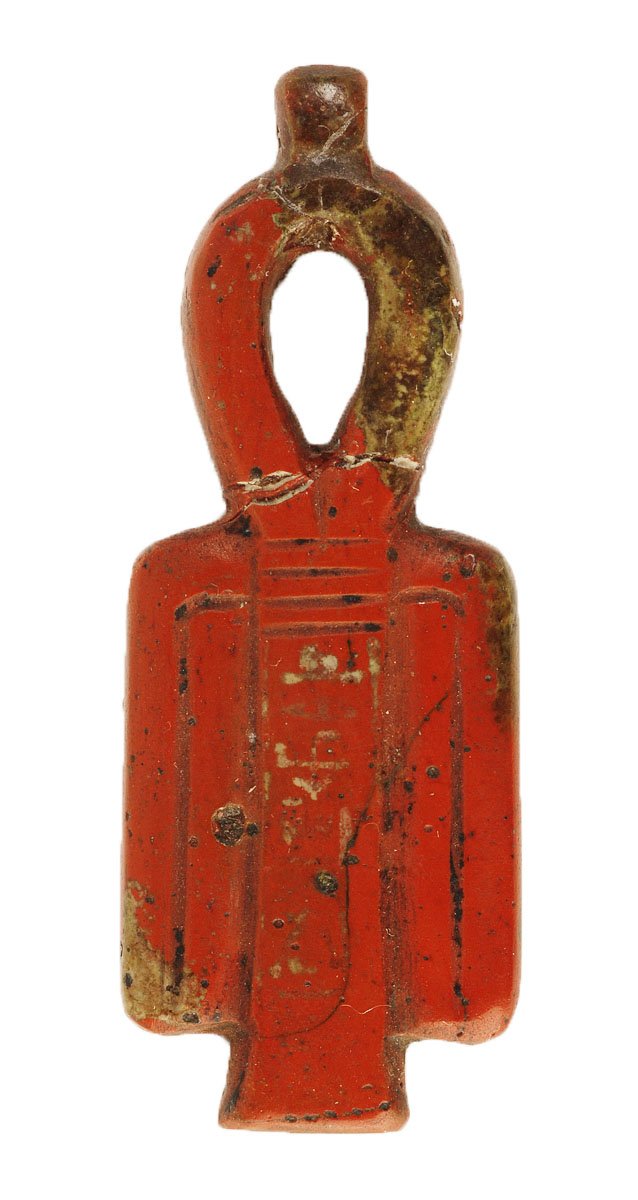 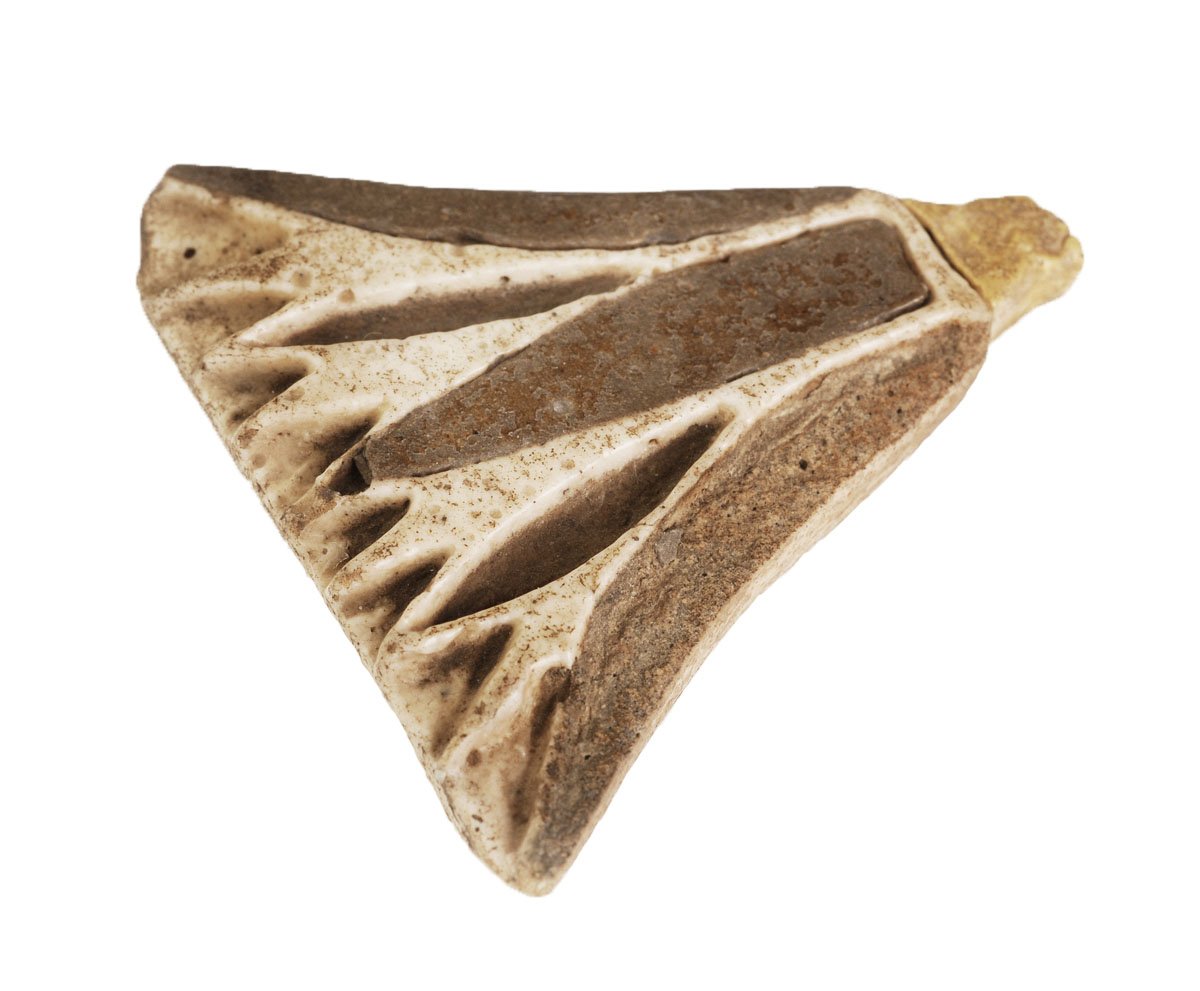 Lotus Flower (clasp from a necklace?) 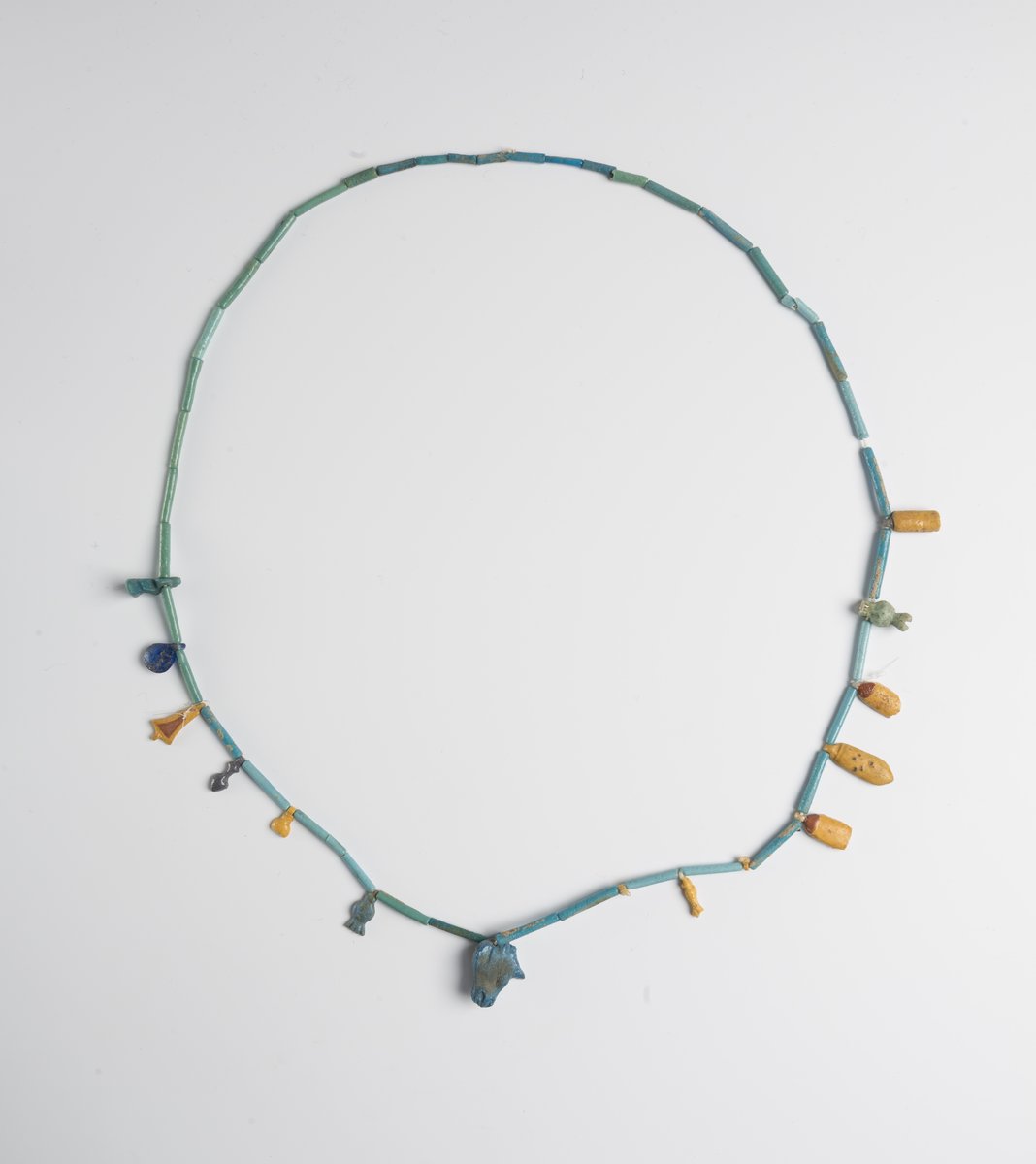 Museum walk in the exhibition Amenhotep II and His Time

The exhibition catalogue Amenhotep II and His Time

Fragment of a glass statuette of the goddess Taweret

The fragment of this glass statuette of Taweret is an unmatched, early masterpiece of glasswork. Statues were made out of glass for the first time anywhere in the world in Egypt during the time of Amenhotep II, while the statuette, now preserved in Hannover, may be the first portrayal of a deity that was made out of glass. The piece features a pregnant hippopotamus standing on one of its hind legs. The hippopotamus is depicted with the head of a lion but its ears are those of a hippopotamus; crocodile teeth emerge from its wide-open mouth. The figurine thus combines the exterior features of three animals on its head alone, which is an entirely unique mode of depiction without any known parallels.

The reconstruction of the royal burial chamber

The main purpose of building a reconstruction of the royal burial chamber was to enable visitors to feel what it may have been like to enter the eternal resting place of the pharaoh for the first time. In the reconstructed space the first sight to greet visitors is the pharaoh’s sarcophagus. This is followed by the representation of the chamber’s six columns, on which the ruler is shown being welcomed to the afterlife by Osiris, the god Anubis and, finally, by the goddess Hathor. The ancient funerary text, the Amduat, is evoked on the wall of the burial chamber as a huge open scroll of papyrus and relates the journey of the sun god in the afterlife – the Duat – through the twelve hours of the night.

Book of the Dead papyrus for Senhotep

The Book of the Dead papyri became a permanent part of the grave goods at burials for the elite from the time of Amenhotep III. The funerary texts contain 200 separate texts, including hymns and prayers to gods, magical protective formulae and sentences about knowledge of the afterlife. The compilation as also referred to by Egyptians as Spells for Going Forth by Day, suggesting that the magical texts enabled the dead to freely leave the afterlife and to freely return there, which was one of the central tenets of the Egyptian belief in the afterlife in the New Kingdom.