The prestigious collection of drawings by artists outside Hungary at the Museum of Fine Arts, comprising some 9,000 sheets in total, includes a rich variety of early German works. This exhibition features almost fifty of the finest drawings, produced in German-speaking lands over a period of 200 years, from the world of International Gothic, through the Renaissance, until the time of Mannerism. These compositions were supplemented with engravings and woodcuts created by the virtuoso graphic artist of the German Renaissance, Albrecht Dürer.

The core of the Collection of Prints and Drawings came from the Esterházy collection, consisting of 3,500 drawings and tens of thousands of prints, which was purchased by the Hungarian state in 1870. Of crucial importance to the German drawings, Prince Nikolaus Esterházy bought a collection of sixteenth-century drawings in Nuremberg around 1804, which had previously belonged to Paulus Praun, a local merchant. The majority of sheets shown in this exhibition were once part of the Esterházy collection, and many of those were formerly owned by Praun. The collection of German drawings was enriched in 1901 when the painter and restorer István Delhaes bequeathed his own collection to the Hungarian state. The museum also made some important acquisitions of its own on the art market.

When determining the units in our exhibition, we not only relied on chronological and thematic criteria, but also paid attention to the techniques and functions of the drawings. In addition, the works of two particularly important groups of artists have been treated as separate entities: the drawings and prints of Albrecht Dürer and drawings of his circle, from the first decades of the sixteenth century; and the compositions of the German “Rudolphine” artists who were active around the year 1600 in the Prague court of Rudolph II, Holy Roman Emperor. A substantial number of the selected drawings could have been placed in more than one of the units; among the works from Dürer and his age, for example, there are three stained glass designs, which could just as easily have been presented with the preparatory drawings.

The last time the Museum of Fine Arts exhibited the German drawings in its collection was over half a century ago. The present show coincides with the completion of the scientific catalogue of fifteenth- and sixteenth-century German drawings, containing the results of the latest research on the works in the collection. 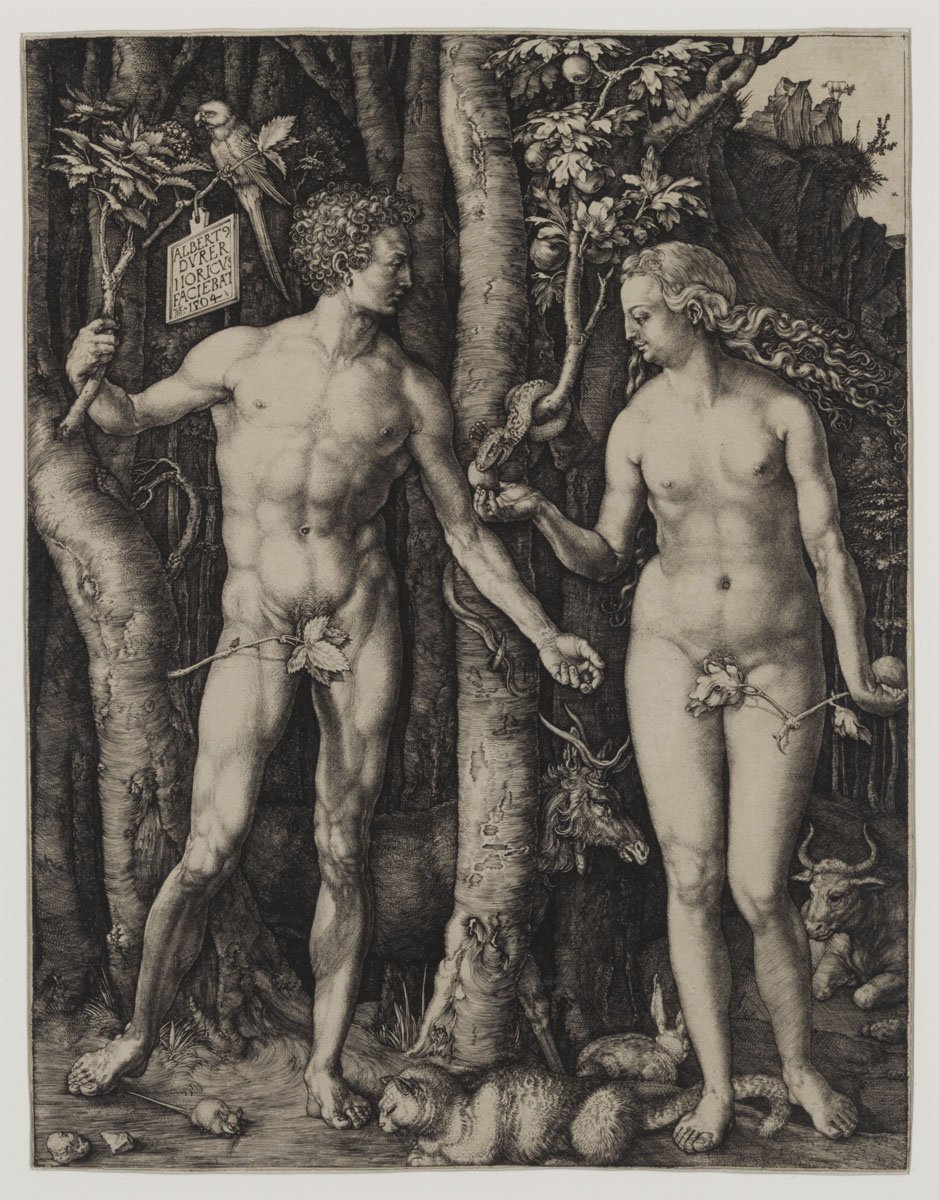 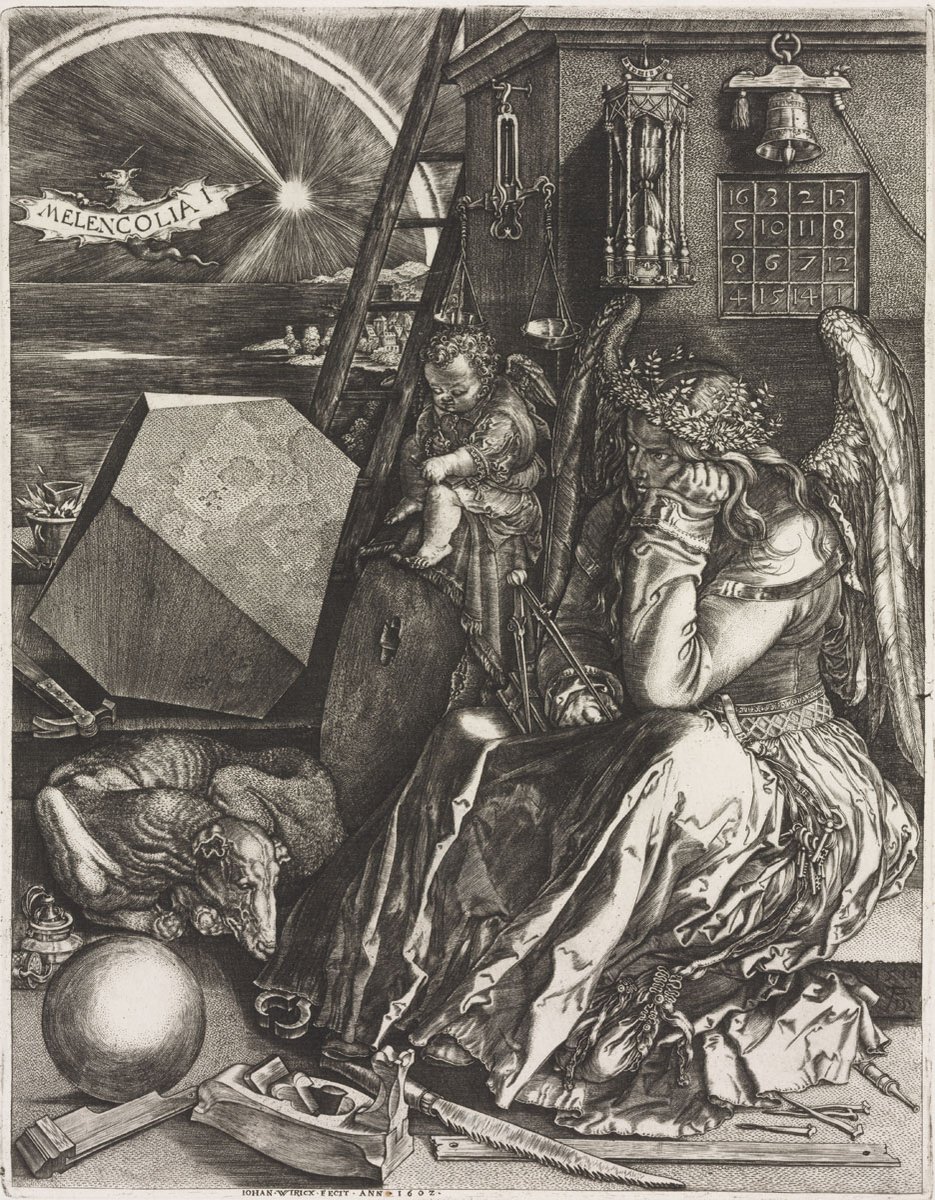 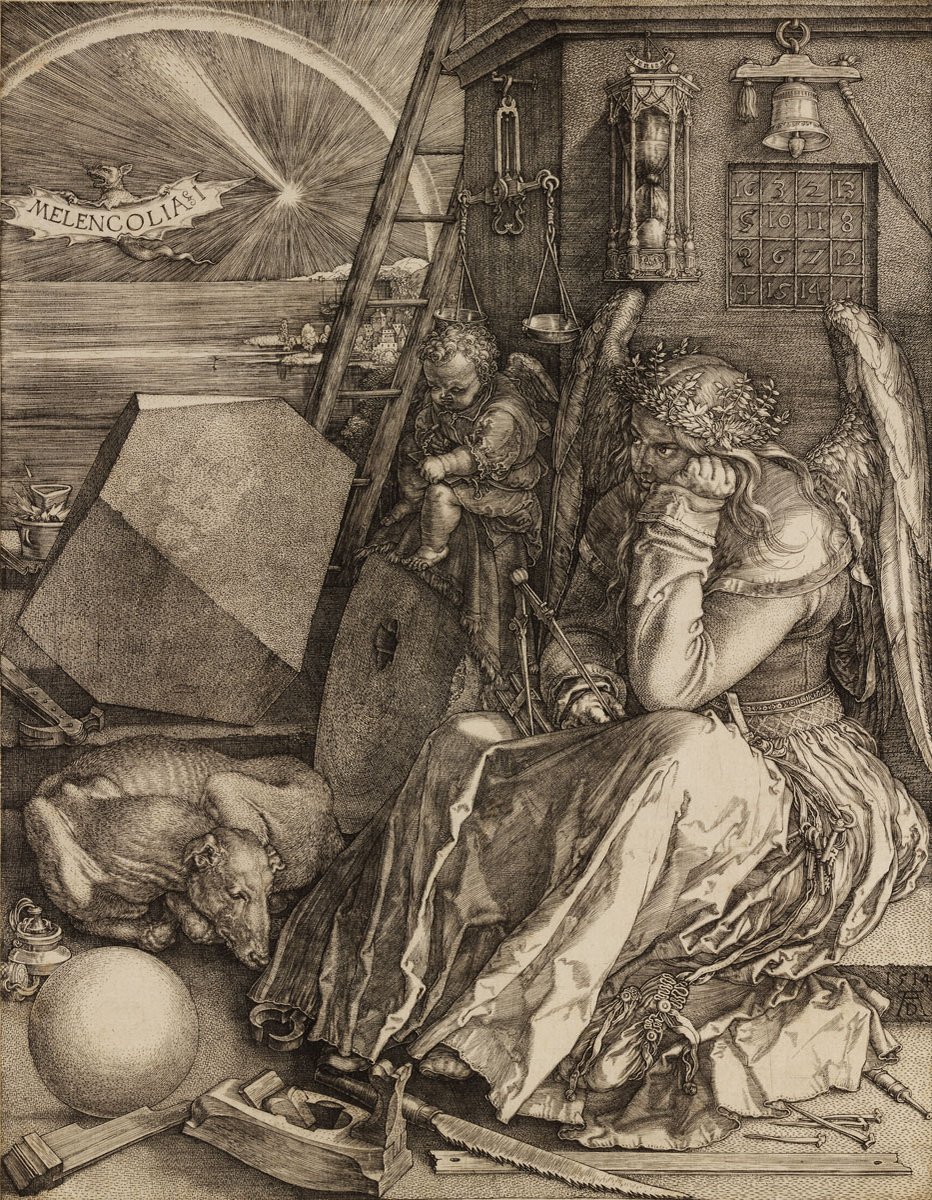 Dürer’s researches into proportion arrived at full perfection with this print, embodying the ideal of the female and male figures. The artist made five proofs at different phases of the composition, and he drew the highest number of preparatory studies for this engraving.

The world of Eden is evoked by the animals surrounding the figures, which, at the same time, also symbolize the four temperaments: the elk is set as the melancholic, the hare as the sanguine, the cat as the choleric, and the ox as the phlegmatic temperament. According to the theory of the four humours, originating in classical antiquity and still flourishing in the Renaissance, everyone is ranked into one of the basic temperaments: sanguine, choleric, melancholic and phlegmatic.