The Museum of Fine Arts’s cabinet exhibition pays tribute to the painter Simon Hantaï, born in Hungary a hundred years ago and attaining world fame while in France. The sixty or so displayed works include two dozen hitherto unknown modernist masterpieces by the artist, who passed away in Paris in 2008, but also those eight paintings that his family gifted to the museum in 2016 in accordance with his last will.

The exhibition entitled Hantaï, Klee, and other Abstractions presents the works Simon Hantaï produced shortly after 1948, during his artistic period in Paris when he studied the most important movements of modernism. Besides works by Hantaï, visitors can also view pieces by Paul Klee, as well as those by Joan Miró, Pablo Picasso, Sam Francis, and Jackson Pollock, among others. This cabinet exhibition is the latest example of an artistic dialogue spanning several periods, and of a curatorial methodology built on sequences of pictures.

The present show brings into focus a hitherto unknown side of Simon Hantaï’s art. The artist left Hungary in May 1948, and in the following years he studied modernist works trying to organise his visual experiences attained at the Academy of Fine Arts in Budapest. The exhibition explores the sources of inspiration Hantaï drew on during his years in Paris between 1948 and 1952. At the Academy of Budapest he started studying the art of Paul Klee, Joan Miró, and Pablo Picasso, and following his emigration in 1948, he was able to become familiar with the original works in the French capital. In this period he took a highly innovative approach to the European modernist tradition. Similarly to the exponents of French late surrealism, abstract expressionism, post-surrealism, and to the American Color Field painters (Mark Tobey, Robert Motherwell, Jackson Pollock, Kenneth Noland), the Hungarian-born Hantaï was also strongly influenced by Paul Klee.

Without studying Klee, Miró, Picasso, and others, Simon Hantaï could not have become the world-renowned painter enjoying great artistic freedom that his études and pliage paintings later made him into. The intellectual heritage and distinct formal idiom of Klee and other modernists are also subtly present in Hantaï’s mature works, like a sustaining and pure spring, creating a new nature of his own on a par with Cezanne.

Hantaï’s attention was also captured by the works of his prominent contemporaries. The material of our exhibition, comprising sixty or so works, includes masterpieces from the Museum of Fine Arts’s Collection of Prints and Drawings that are linked to Hantaï’s oeuvre (e.g., works by Miró, Jean Dubuffet, Henri Michaux, Roberto Matta, Wifredo Lam, Hans Hartung, Motherwell, Tobey and Sam Francis), most of which entered the collection in the 1980s and 1990s. The works by Paul Klee displayed at our exhibition have been generously loaned to us by the Albertina in Vienna.

The final chord of the exhibition are the eight small paintings that Simon Hantaï wished to donate to the Museum of Fine Arts’s Collection of International Art after 1800. In 2008, when selecting the works, he picked out paintings that would embody his artistic evolution between 1950 and 1995, in particular the process and history of the development of his method, the pliage (folding and tying) technique. This process can now be interpreted even more clearly thanks to some extraordinary works made between 1948 and 1952. Elements and forebears of his tabulas, tyings, leaf motifs, omissions, and incompletenesses, as well as gestures can be discovered in the early Parisian paintings he produced under the influence of Klee, Miró, Picasso, and Max Ernst, as can be the liberating influence of the intellectual milieu that he found among his French, American, and Canadian artist friends.

The exhibition is accompanied by a 130-page catalogue, which includes an essay by the curator and a large-scale interview with Hantaï’s wife, Zsuzsa Biró, conducted by Anne Baldassari, the Chief Curator of the Fondation Louis Vuitton (Paris).

Curator of the exhibition: Judit Geskó. 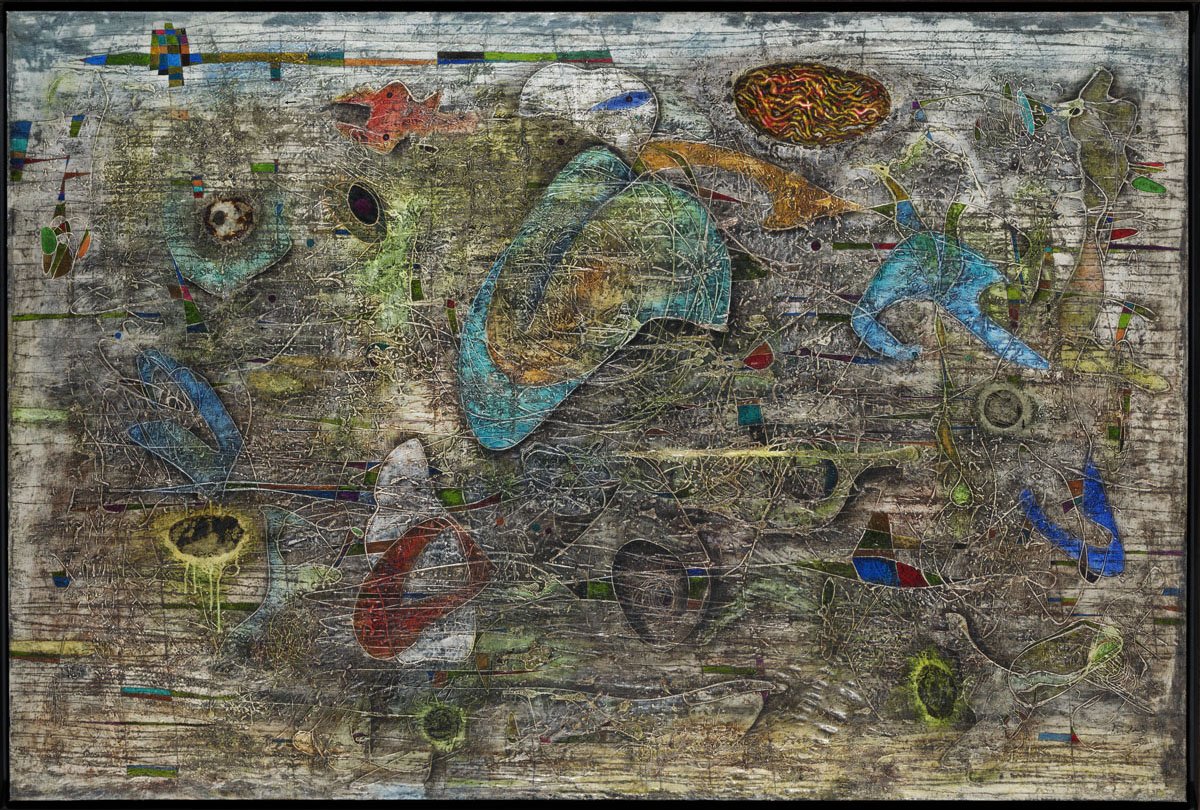 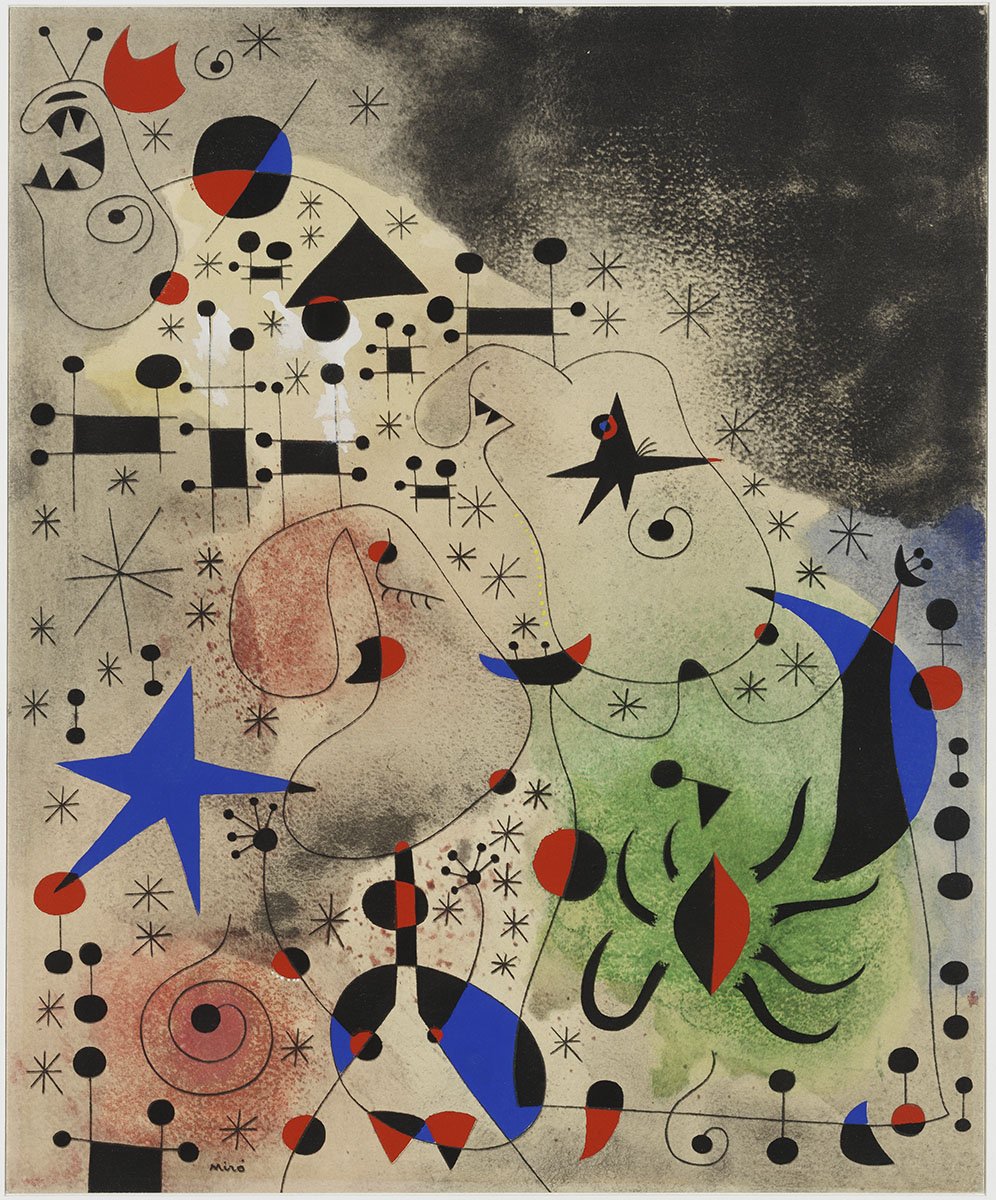 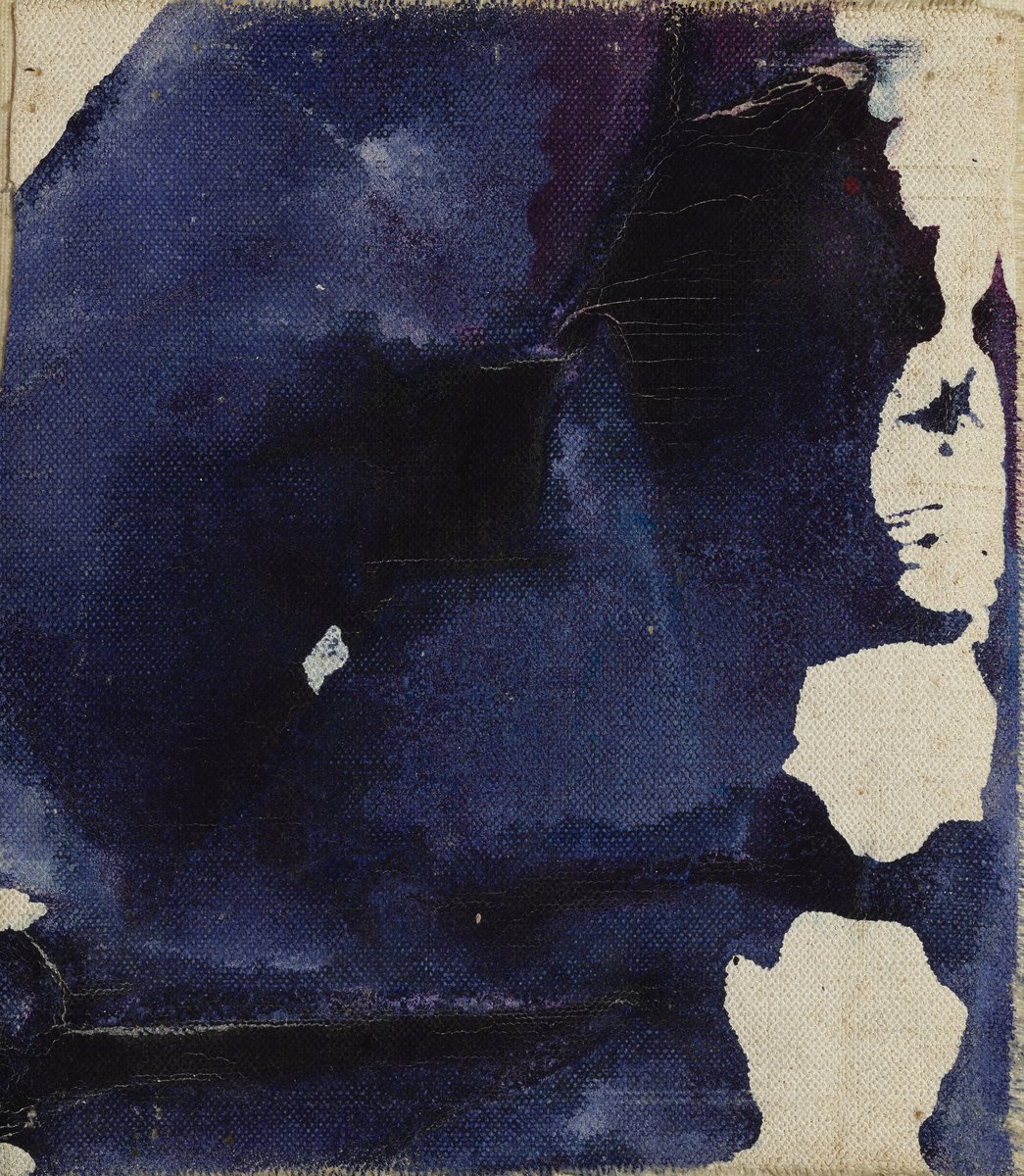 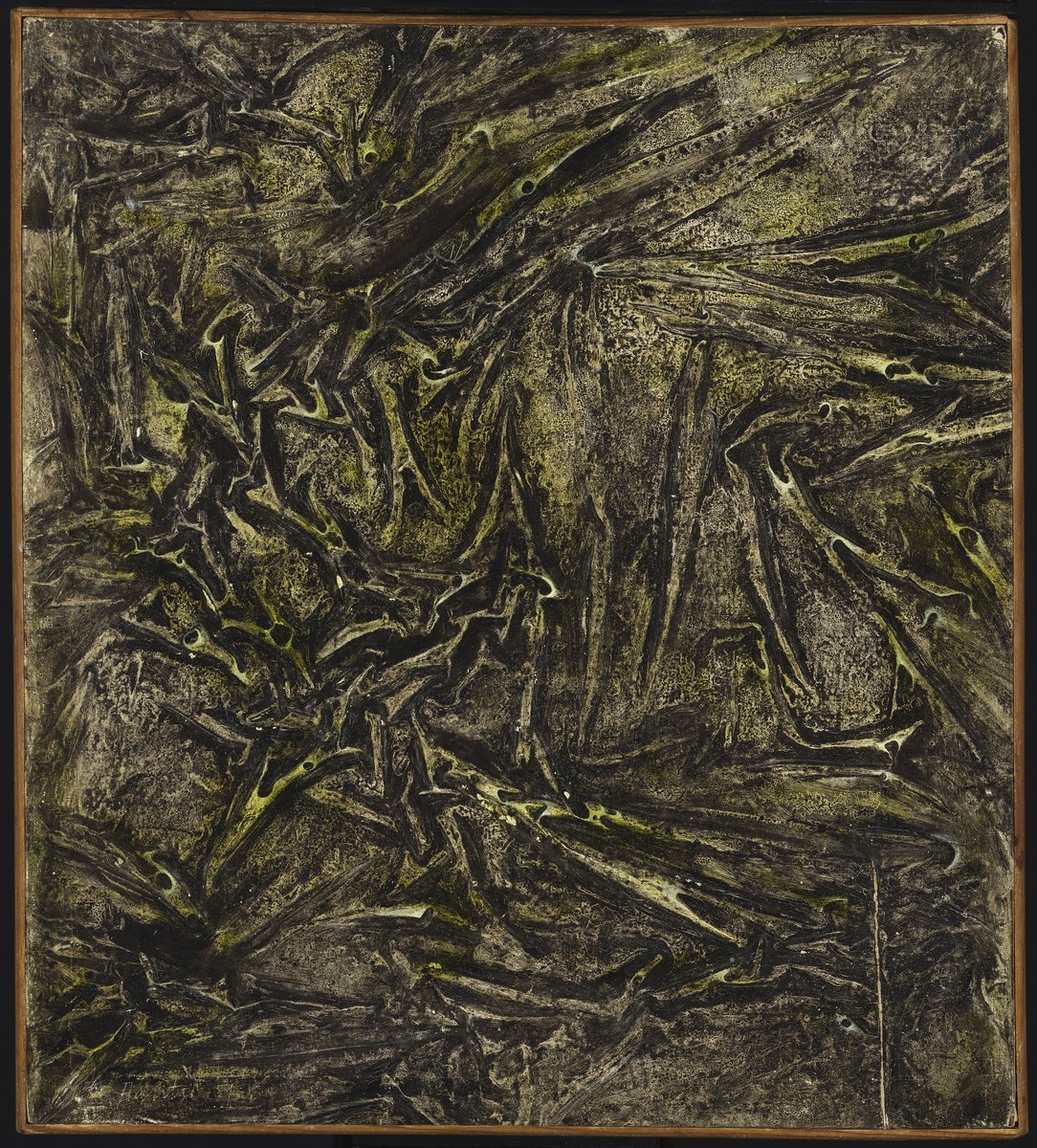 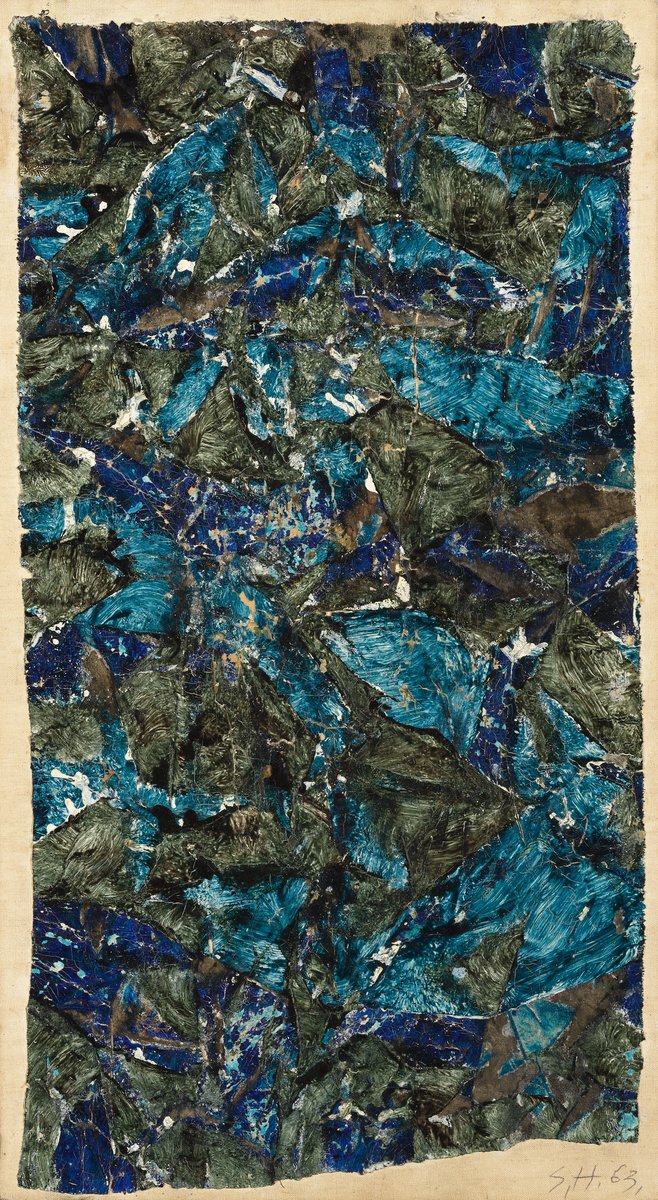 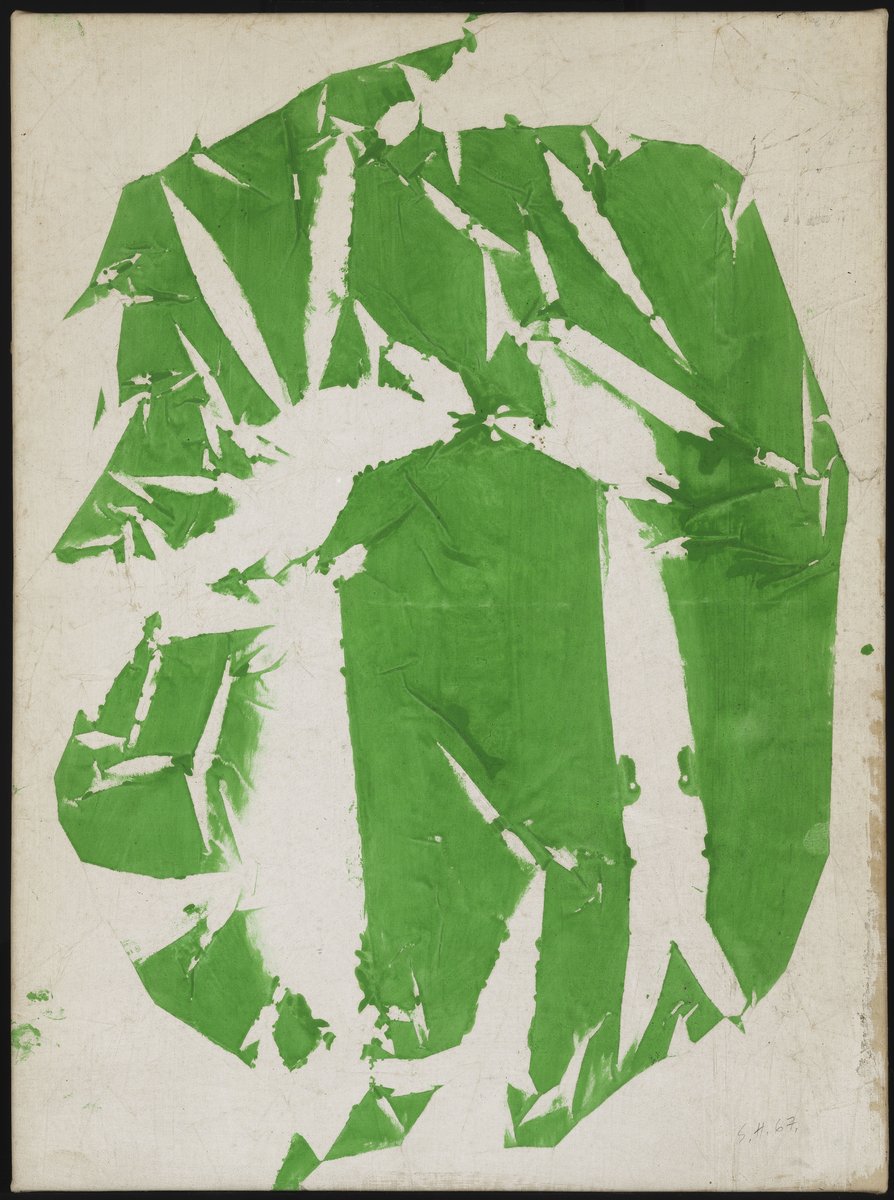 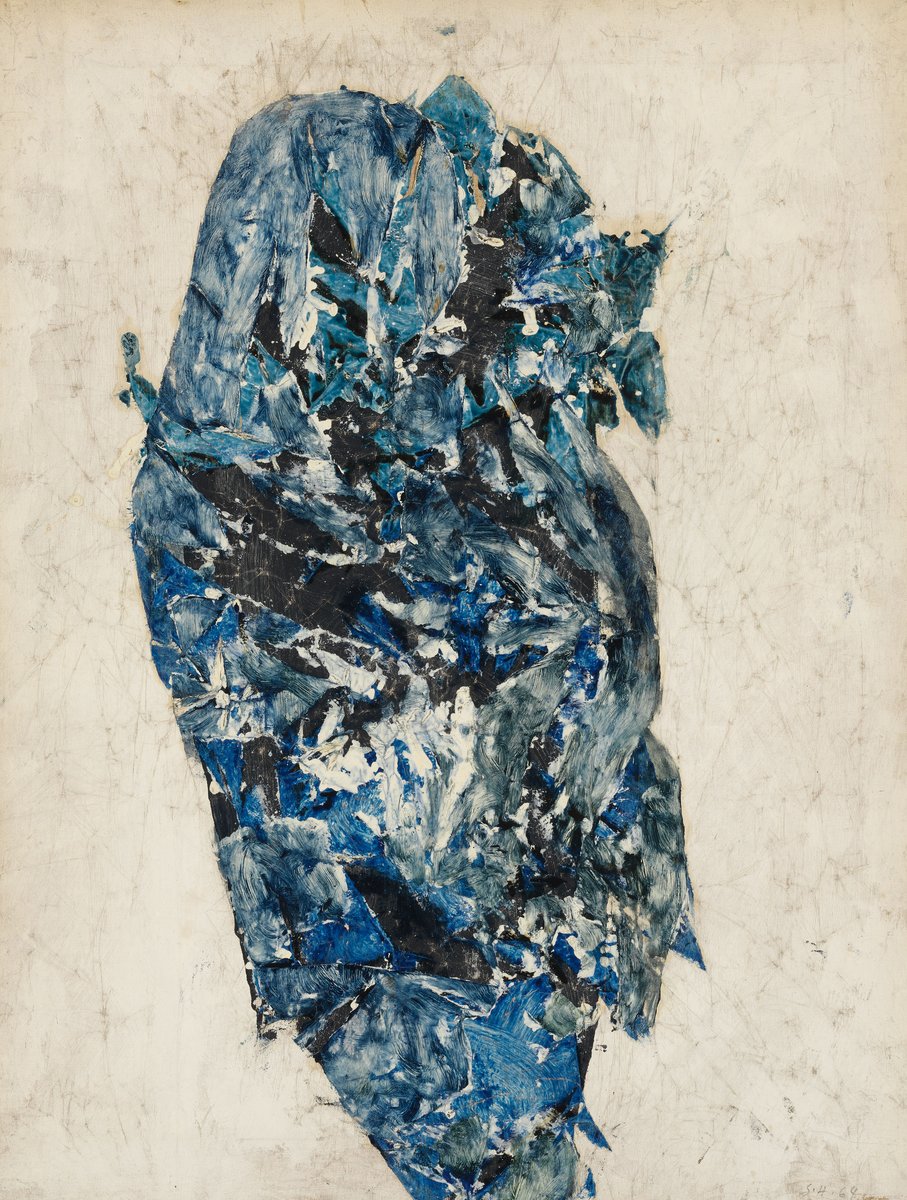 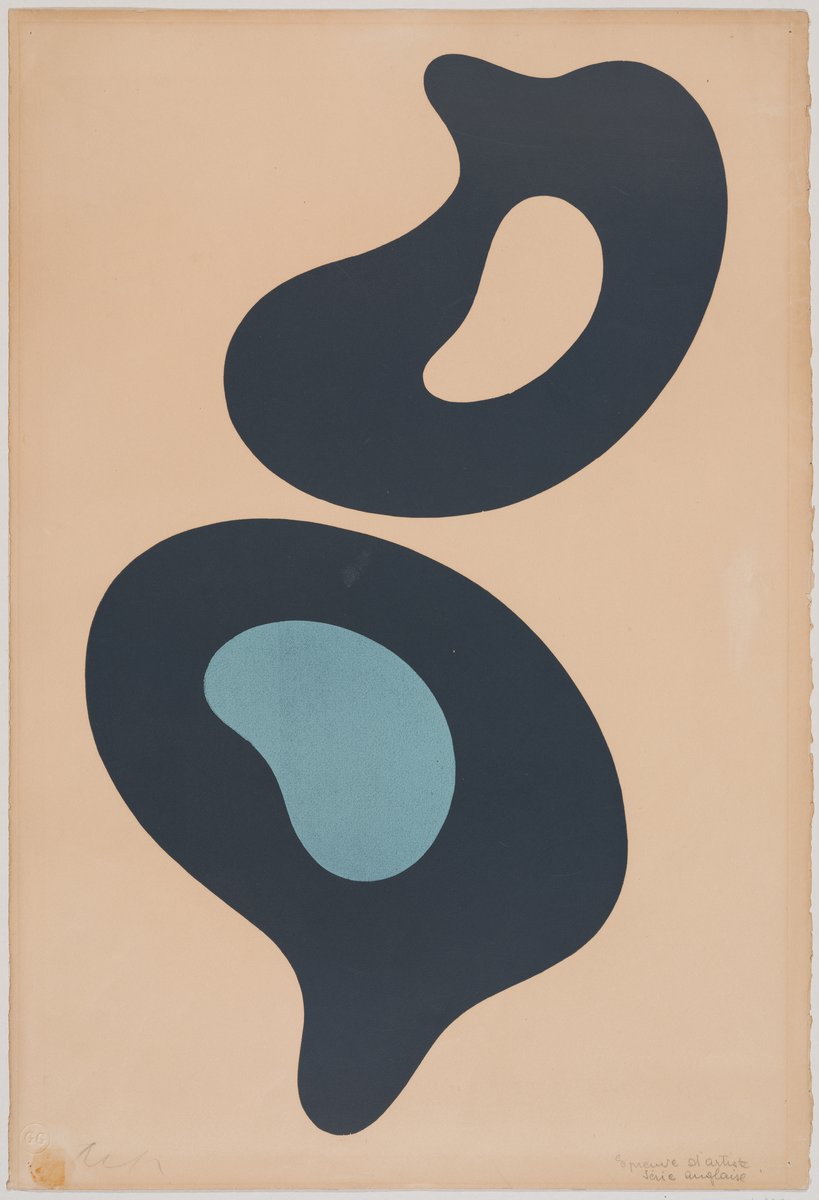 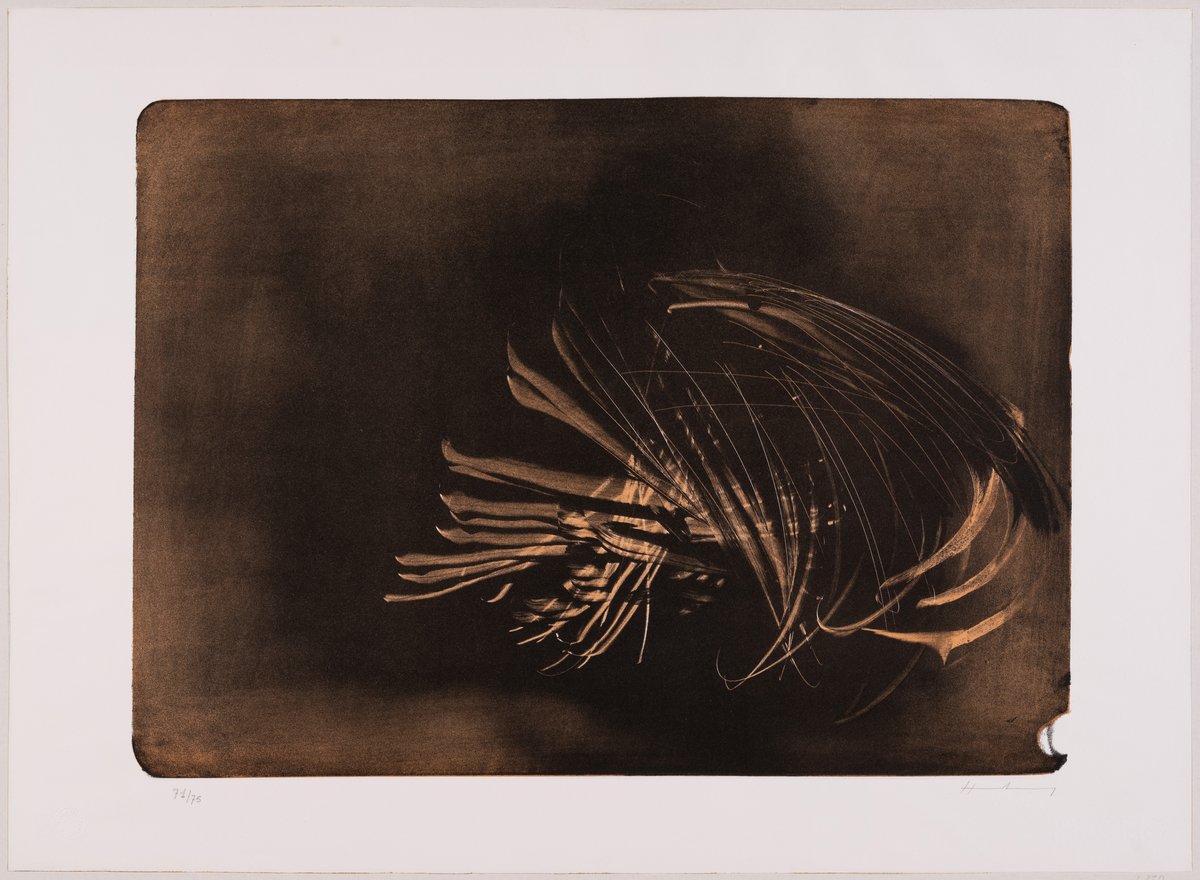 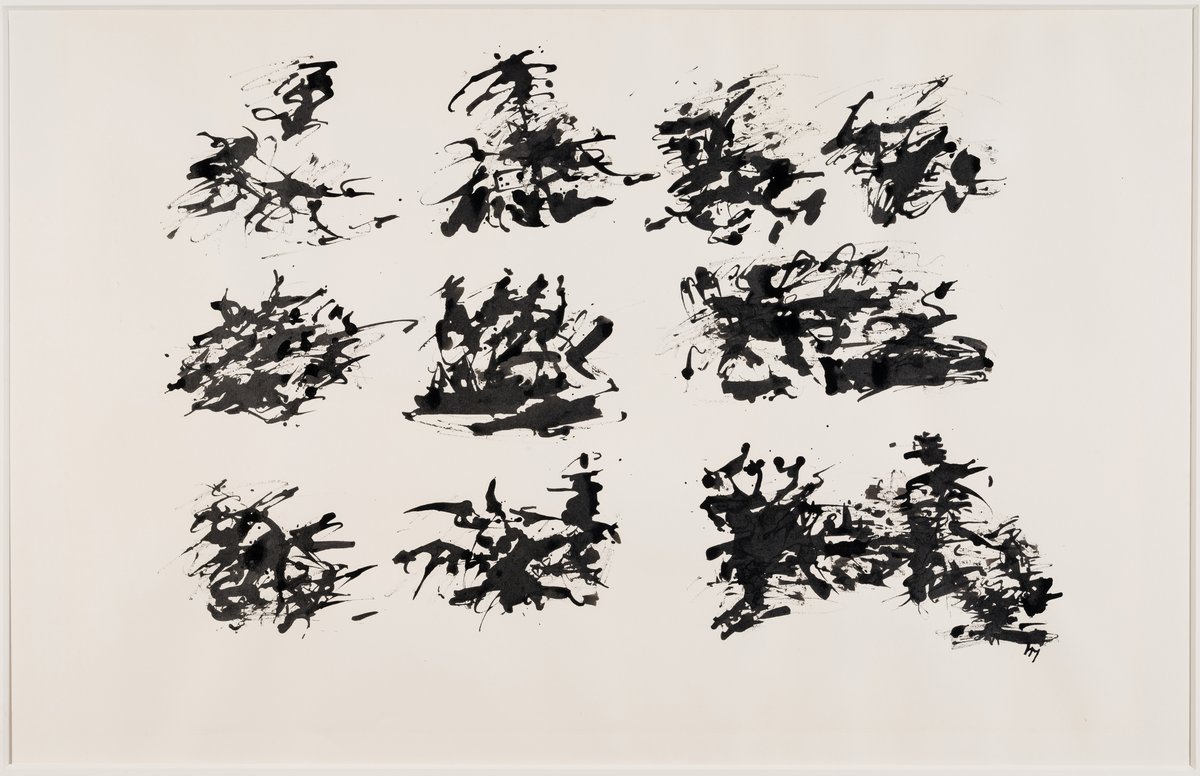 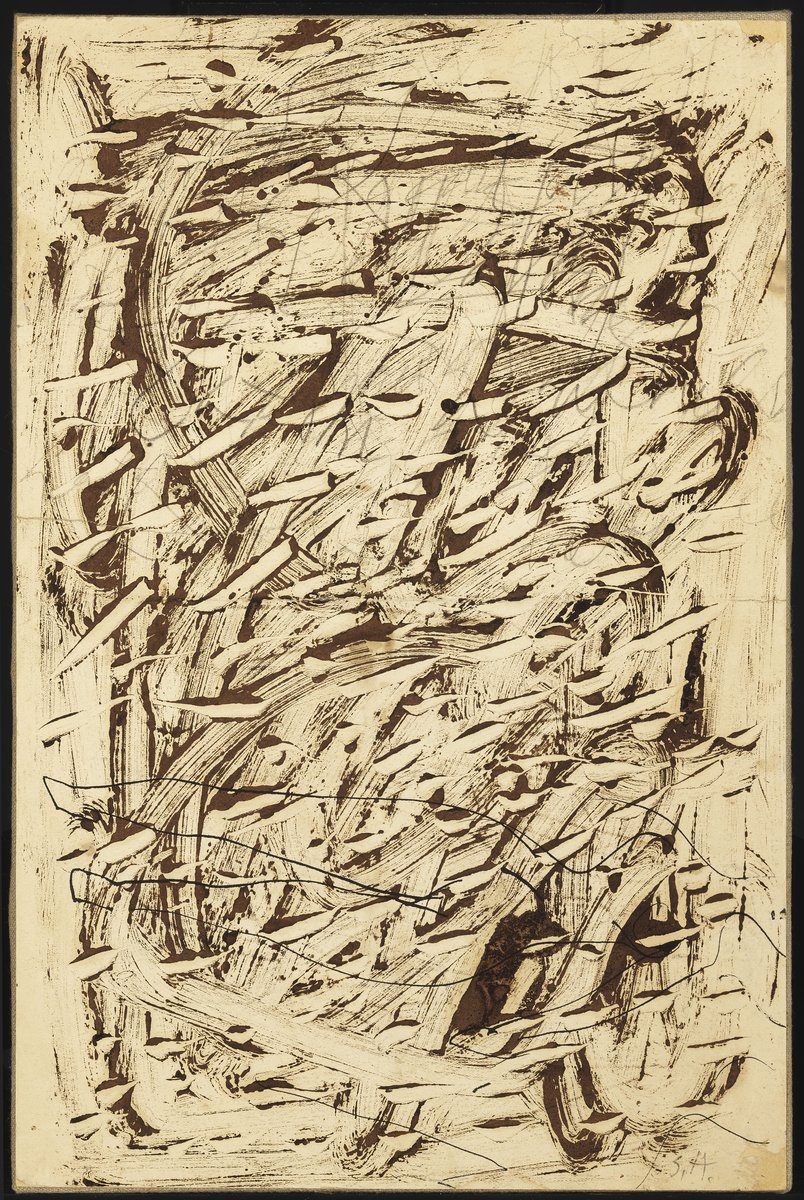 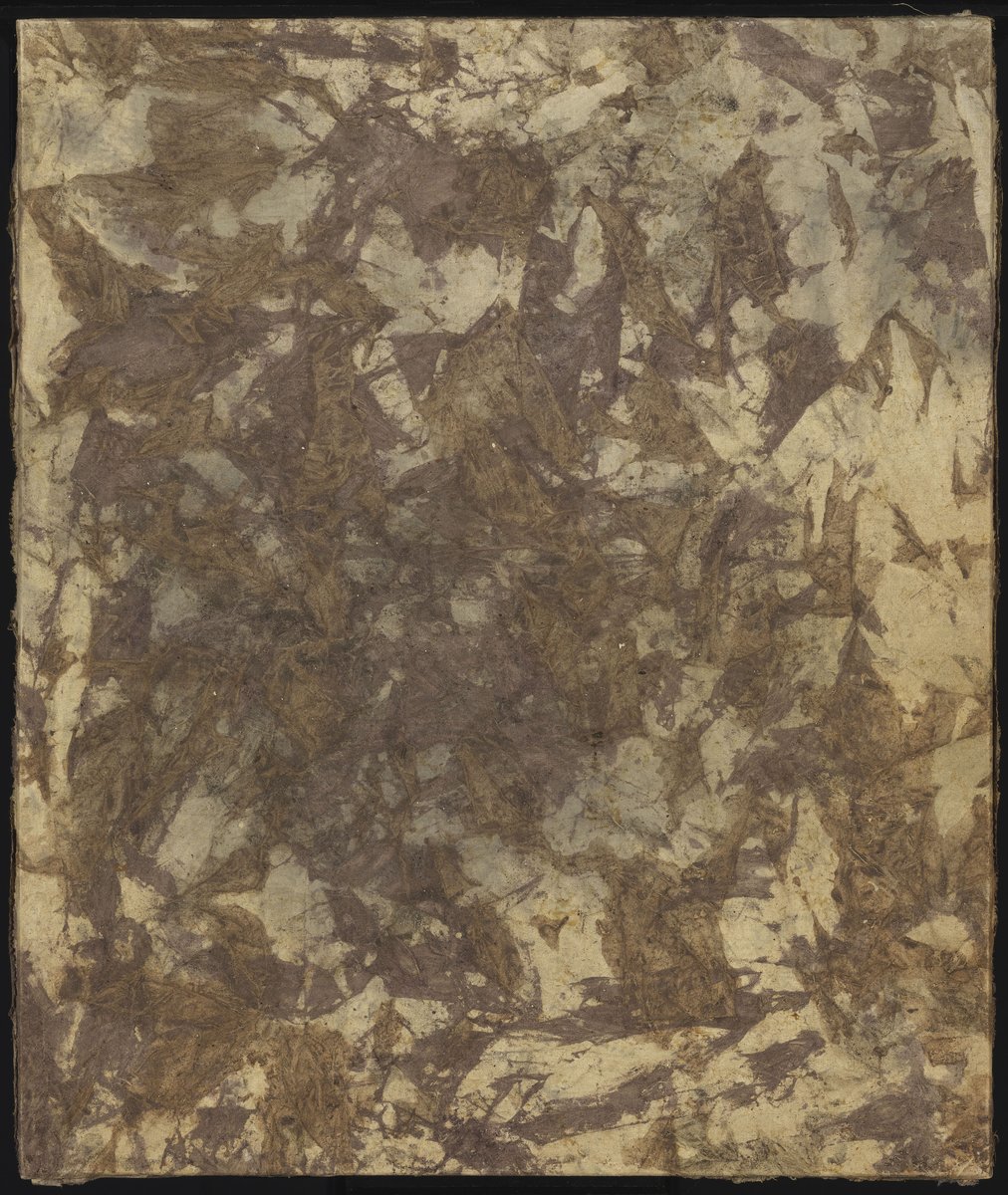