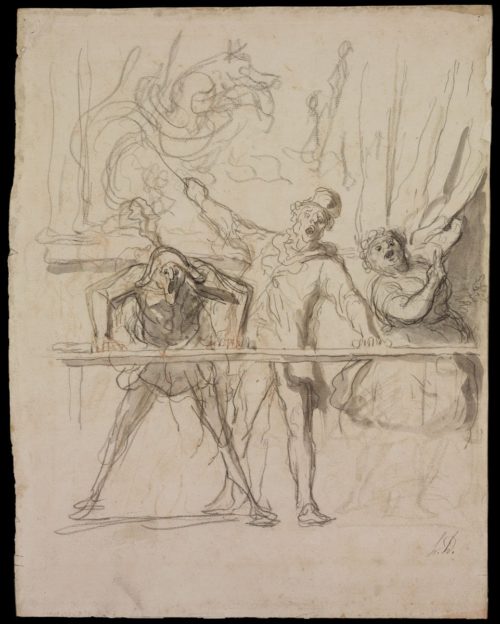 While Honoré Daumier is considered the best caricaturist of the nineteenth century, his work was not confined to illustrations for satirical newspapers. Beside more than five thousand prints, he also left behind many an excellent drawing, painting and even sculpture. He did his best to ensure that his contemporaries knew and appreciated him not only for the works disseminated through the press. Unlike his caricatures, his drawings were meant not for the wider public, but an exclusive circle of collectors, and consequently, they were meant to showcase his technical virtuosity, rather than to aim for explicitness.
In the 1860s, Daumier devoted a loosely connected series of drawings to the magical world of sideshows and the circus. He had always been fascinated by this special way of life, but the series became especially timely due to Baron Haussmann’s urban planning reforms, which drove street entertainers to the outskirts of the city. Daumier was not the only one interested in their fate: writers and poets turned the clown, a man who disregarded social expectations and was a law onto himself, into a symbol of artistic freedom. Daumier’s drawings of street performers can, almost without exception, be traced back to a lithograph he published in 1839, which represents Le Charivari staff, who are standing on a platform, trying to direct the audience’s attention toward the caricature in the background. The most distinctive of the recurring motifs is the figure of the barker, who stands behind the railing, in a top hat, holding a cane in his extended right hand. This piece is one of the stages through which a composition progressed in 1864-1865, culminating in a watercolour held at the Louvre. Regarding it for the first time, one is captivated by its extremely airy fluidity, and might easily overlook the feature that makes this drawing so special: the pentimenti that allow an insight into the most exciting phase of the creative process: that of experimentation, the search for solutions. A more careful look reveals that Daumier made decisive changes to all three characters: the feet of the barker now stand further apart, while the inviting gesture of the plump woman was transformed into a movement that is almost a mirror image of that of the man in the middle, by which she draws a curtain away in the opposite direction. The artist must have changed the postures to attain balance in the composition. In the new arrangement, the figures stand behind one another, which directs the viewer’s attention from the end of the railing to the inside of the circus tent, as the space grows ever deeper. In the drawing held in Budapest, the composition has been simplified by the omission of the onlookers, and the viewer’s relationship to the showmen touting their production has become even more direct. The animated gestures and the faces distorted with shouting convincingly evoke the atmosphere of the circus. With a restrained light grey wash, Daumier does wonders to the red and black chalk, and the brilliantly executed figures appear as if in full colour. In Daumier’s oeuvre, the shrill barkers and the sad clowns form an inseparable thematic unit, and certain scholars surmise that they represent the opposing sides of his art: the barker is suggested to refer to the caricaturist, while the clown is supposed to personify the artist who longs for recognition as a painter.
Text: © Zsuzsa Gonda 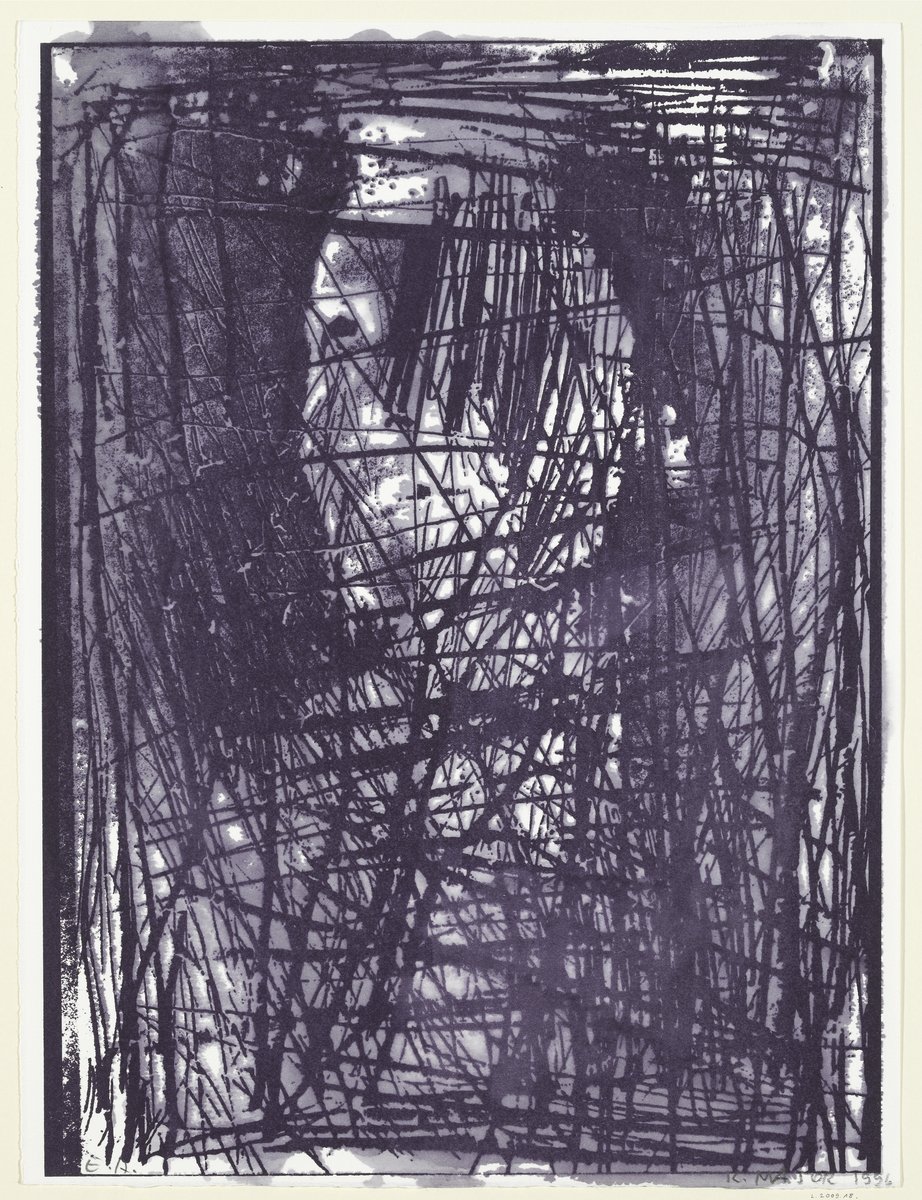 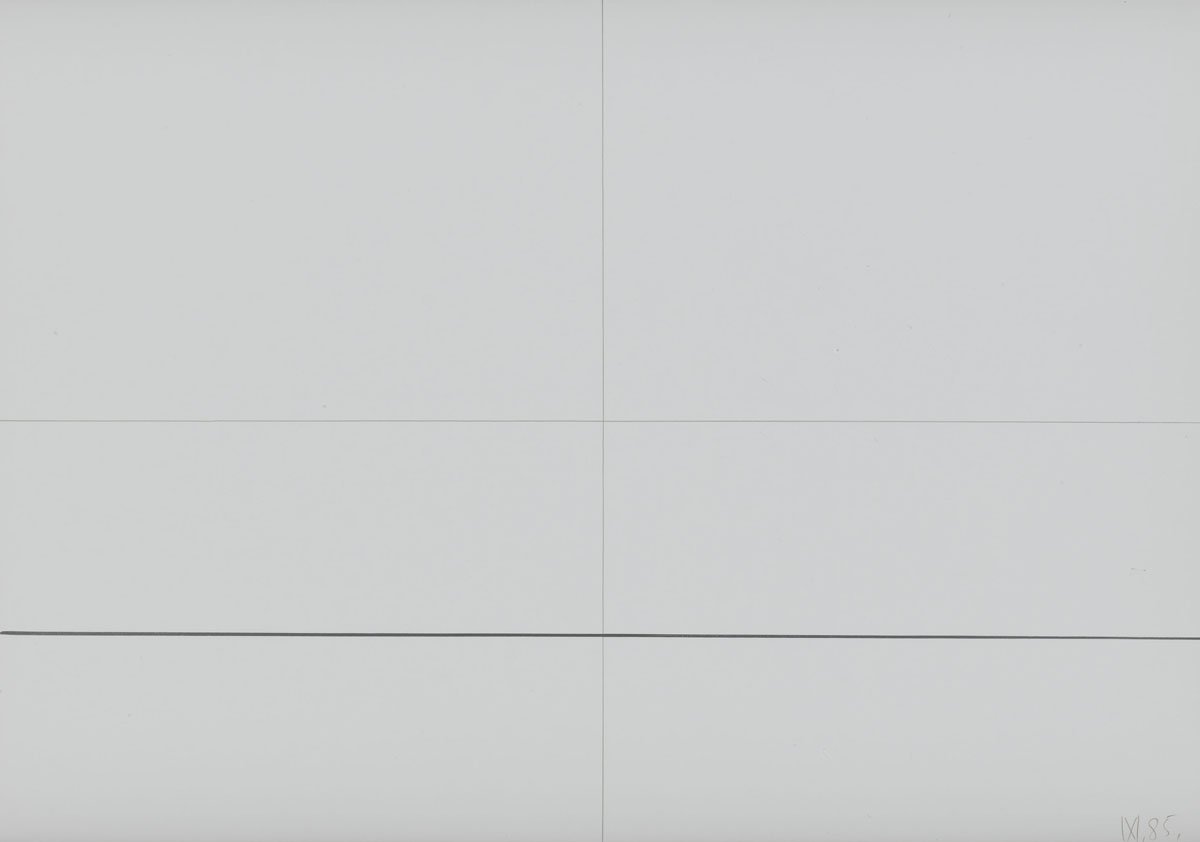 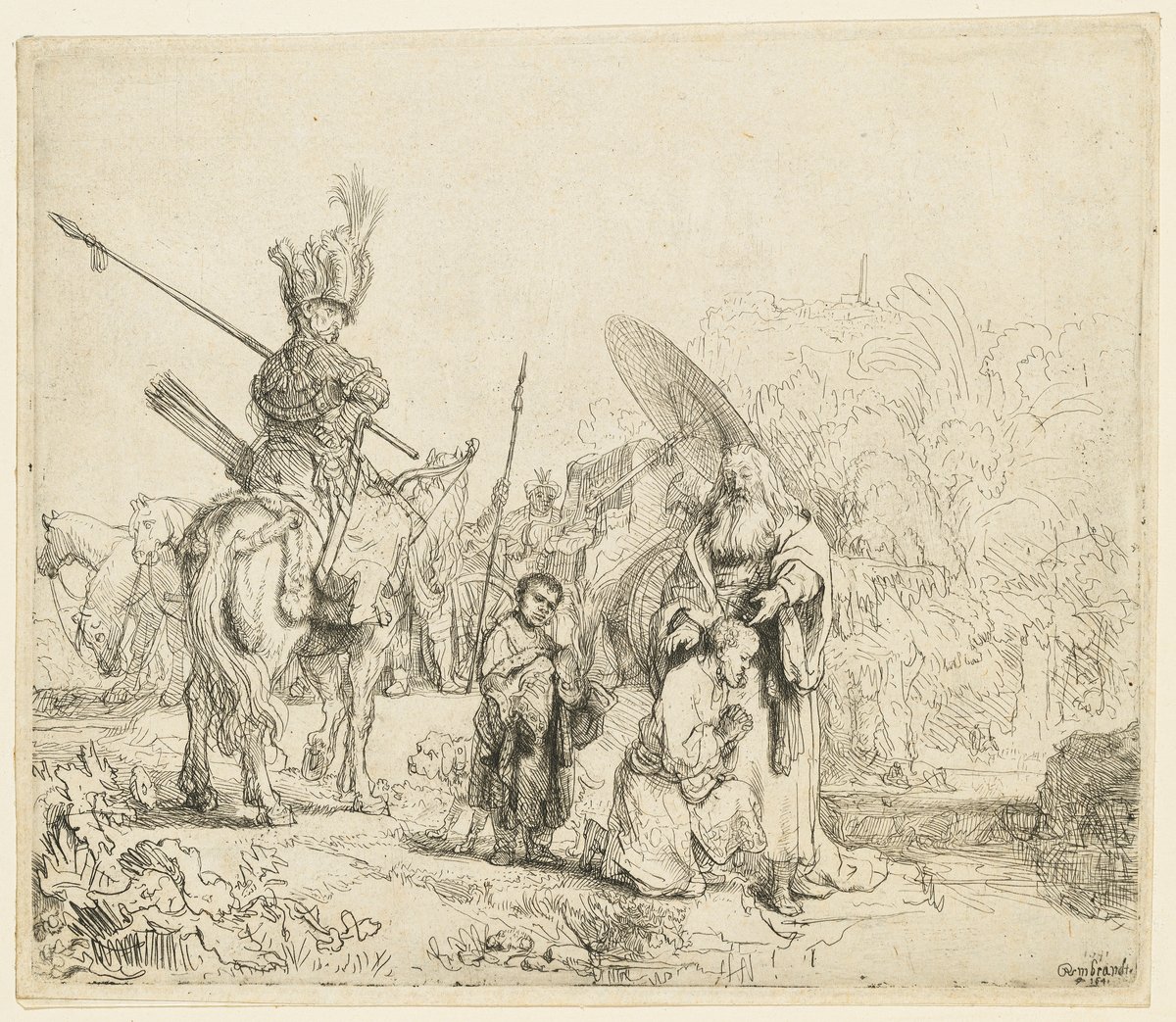 The Baptism of the Eunuch Rembrandt Harmensz. van Rijn 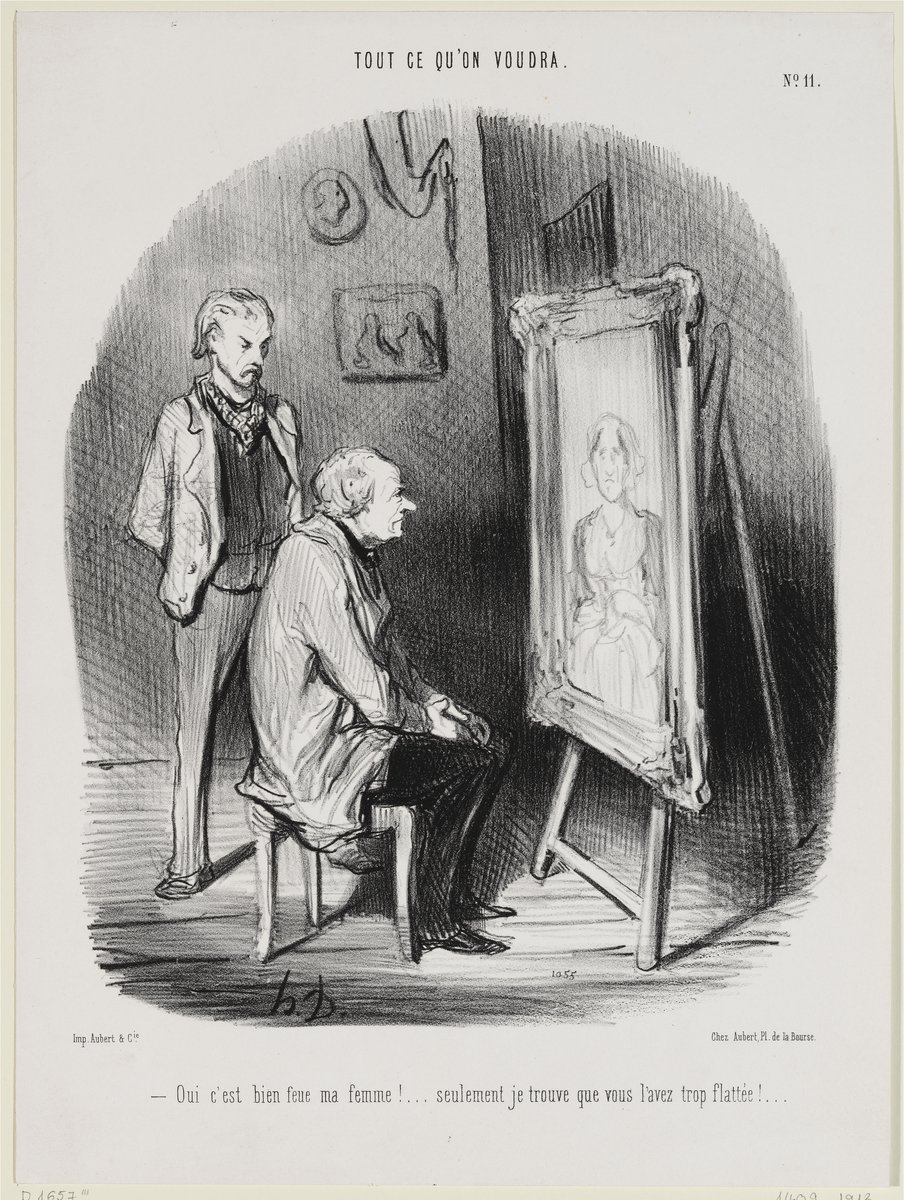 Yes, it is my deceased wife… Honoré Daumier 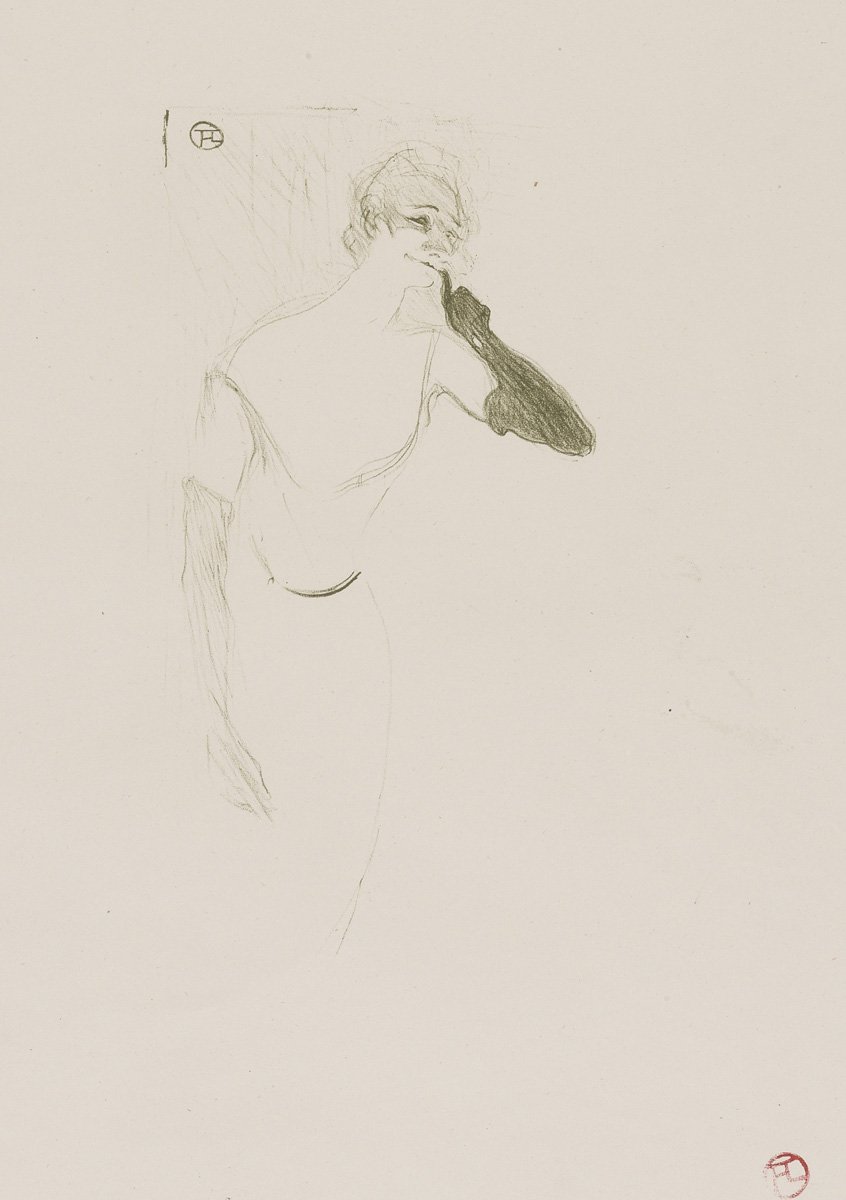 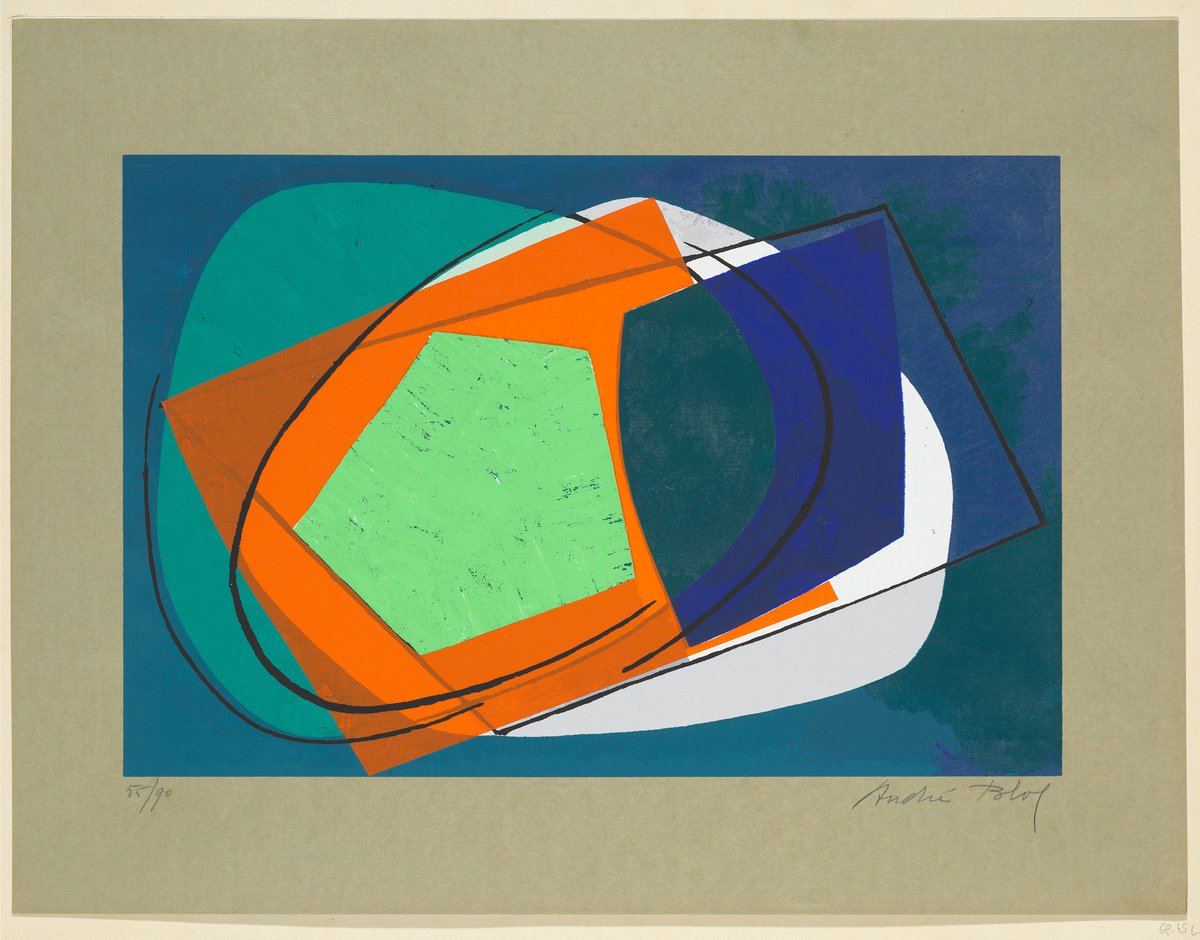 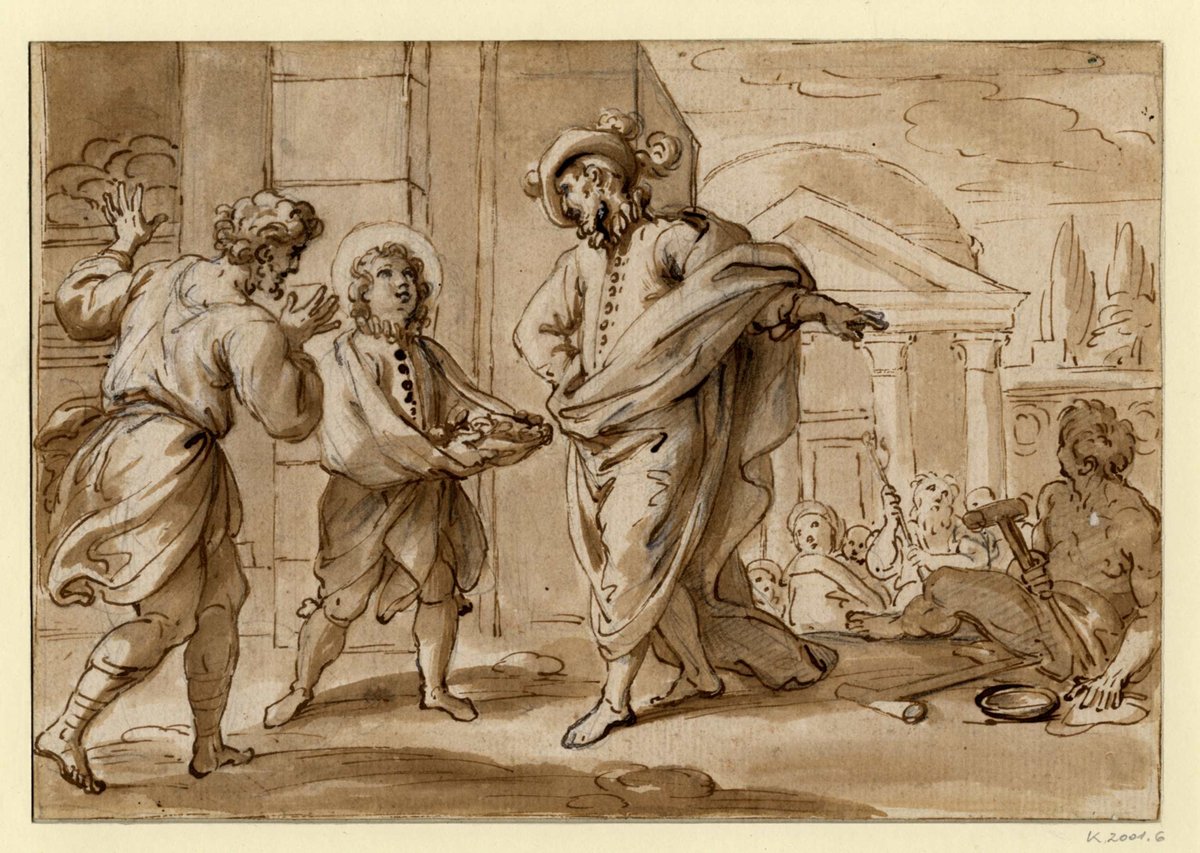