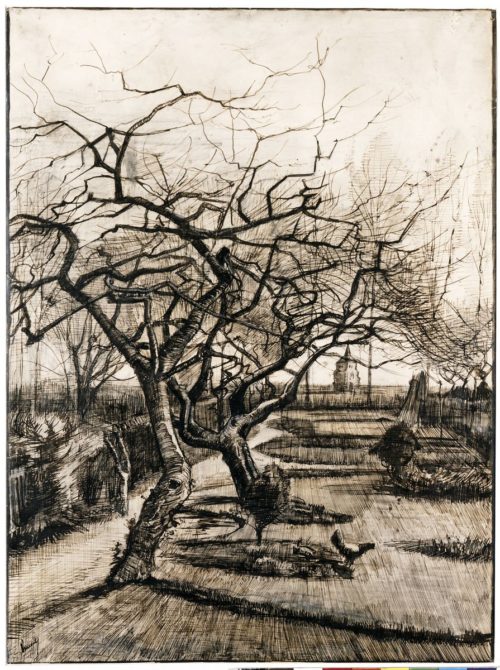 Van Gogh was nearing thirty when he finally decided to be a painter. His resolution was preceded by a decade of soul-searching and struggling. He had worked as an art dealer, then following his father’s example had served as a priest. His superiors sent him to minister to the coal miners in Borinage, where he spent his time teaching the destitute at the edge of society, caring for them and preaching to them. It was a bitter blow to him when his contract was not renewed. Most likely this too contributed to his taking up painting, at the instigation of his brother Theo.
In December 1883 he arrived in the parish in Nuenen to spend the next two years living with his parents. Although he had already regularly engaged in drawing, he now determined to study. Following the ‘academic’ curriculum he devised for himself, in the first year he concentrated solely on the study of drawing. The parsonage garden was particularly dear to his heart, and in early spring he made many drawings of it. Later two sheets of a series of six large-scale landscapes were also dedicated to this subject. One of these is this early masterpiece of Van Gogh’s. The gnarled trunks of the bare trees dominate a barren landscape captured with dramatic power: a poetic document of the inner solitude of the artist working in seclusion. Van Gogh was well aware that this series was special, so he sent a few sheets to his art-dealer brother to sell. His expectations were, however, as so often, to meet with disappointment. 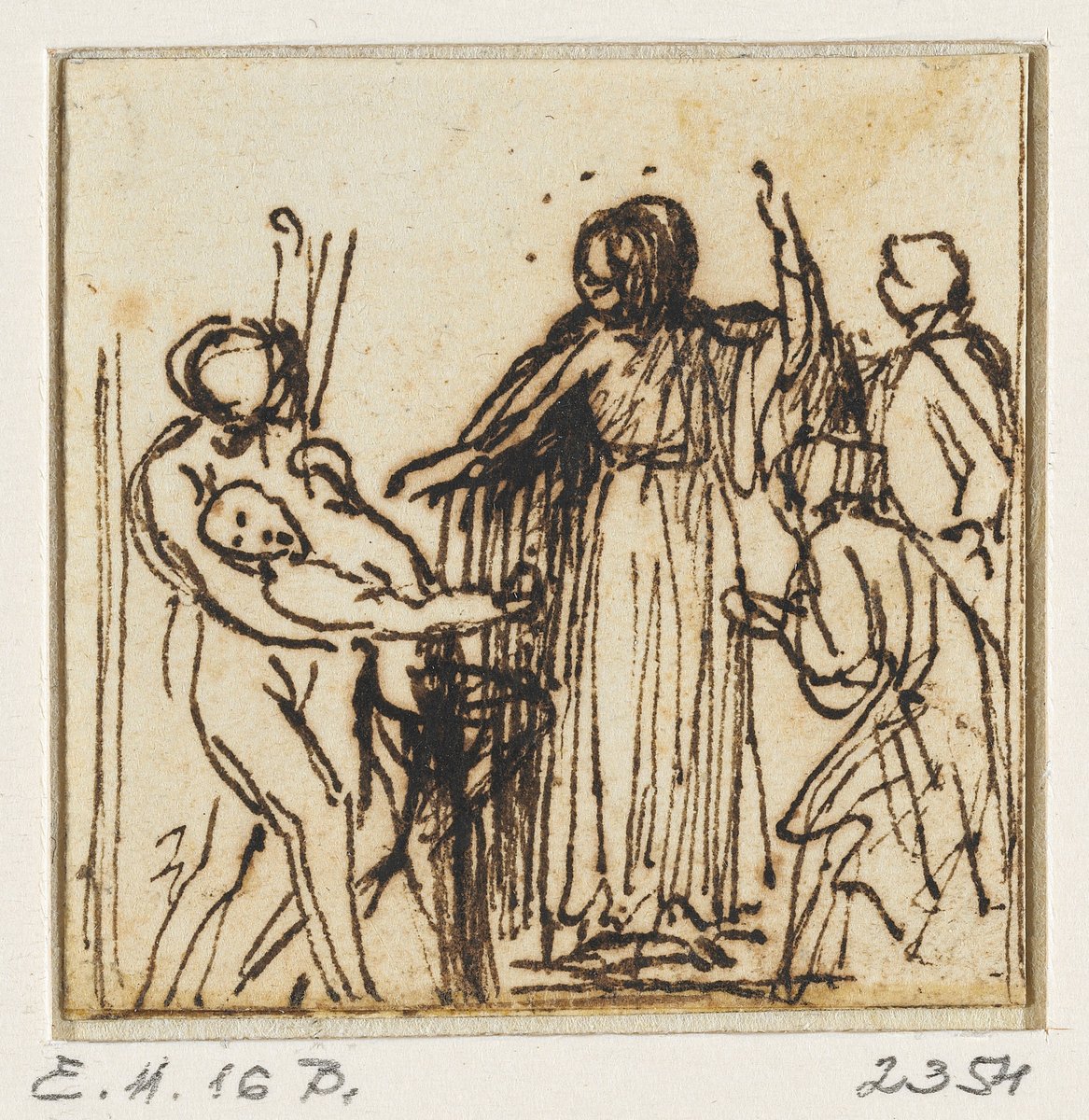 Sketch for St. Ignatius of Loyola Healing a Boy Possessed by the Devil Agostino Masucci 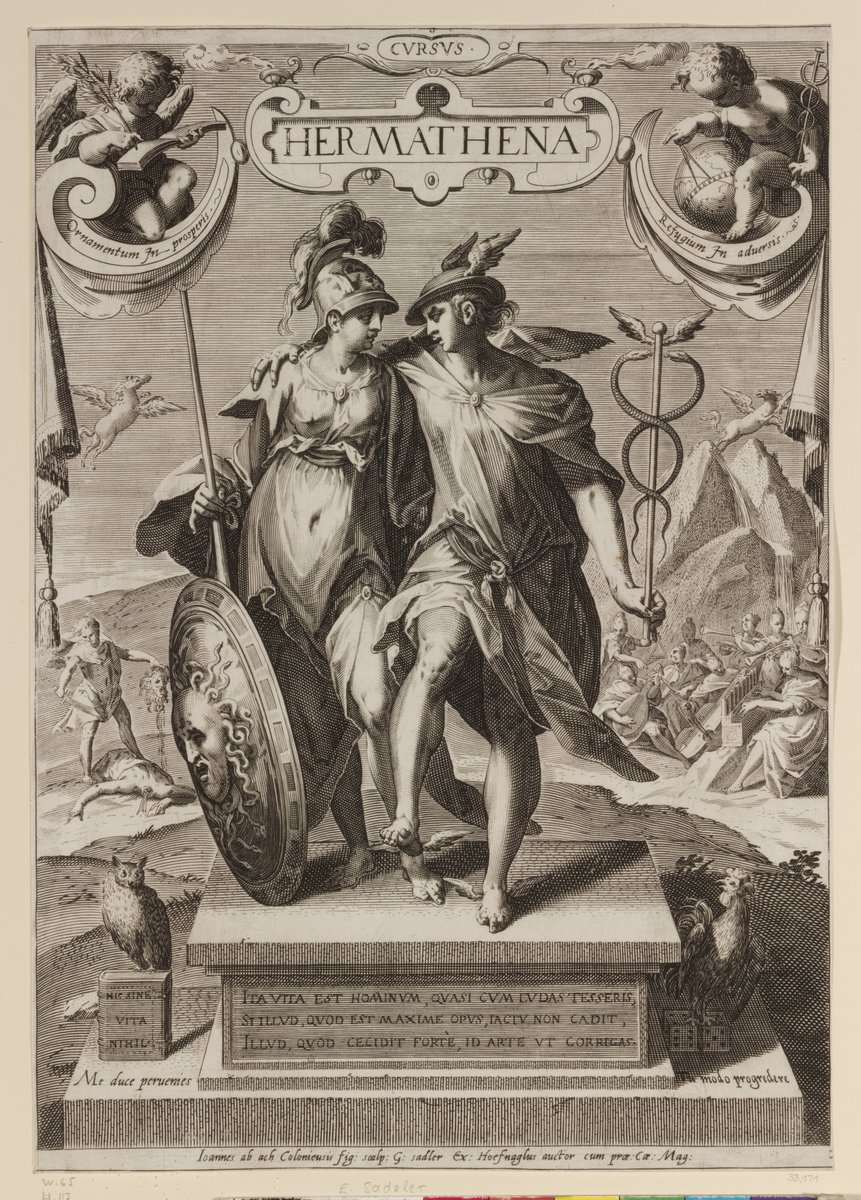 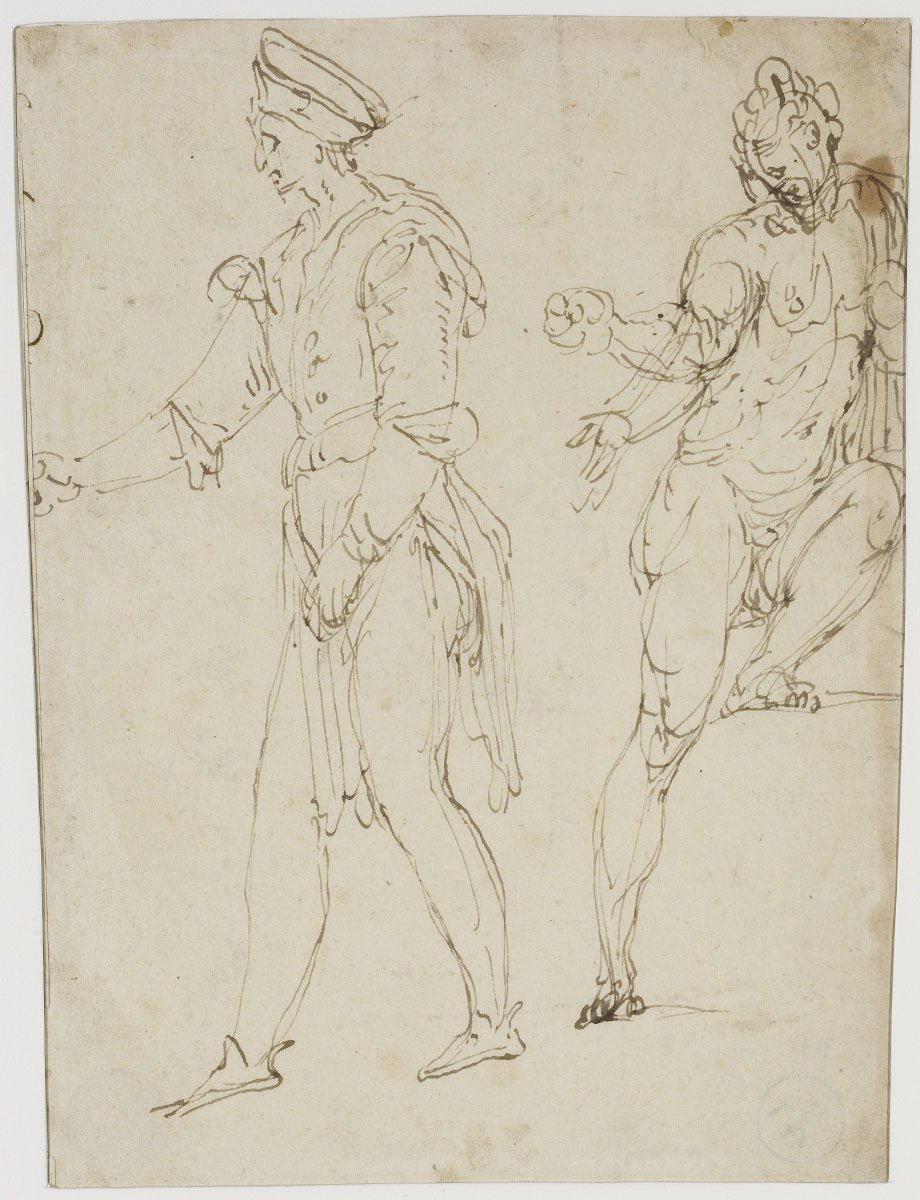 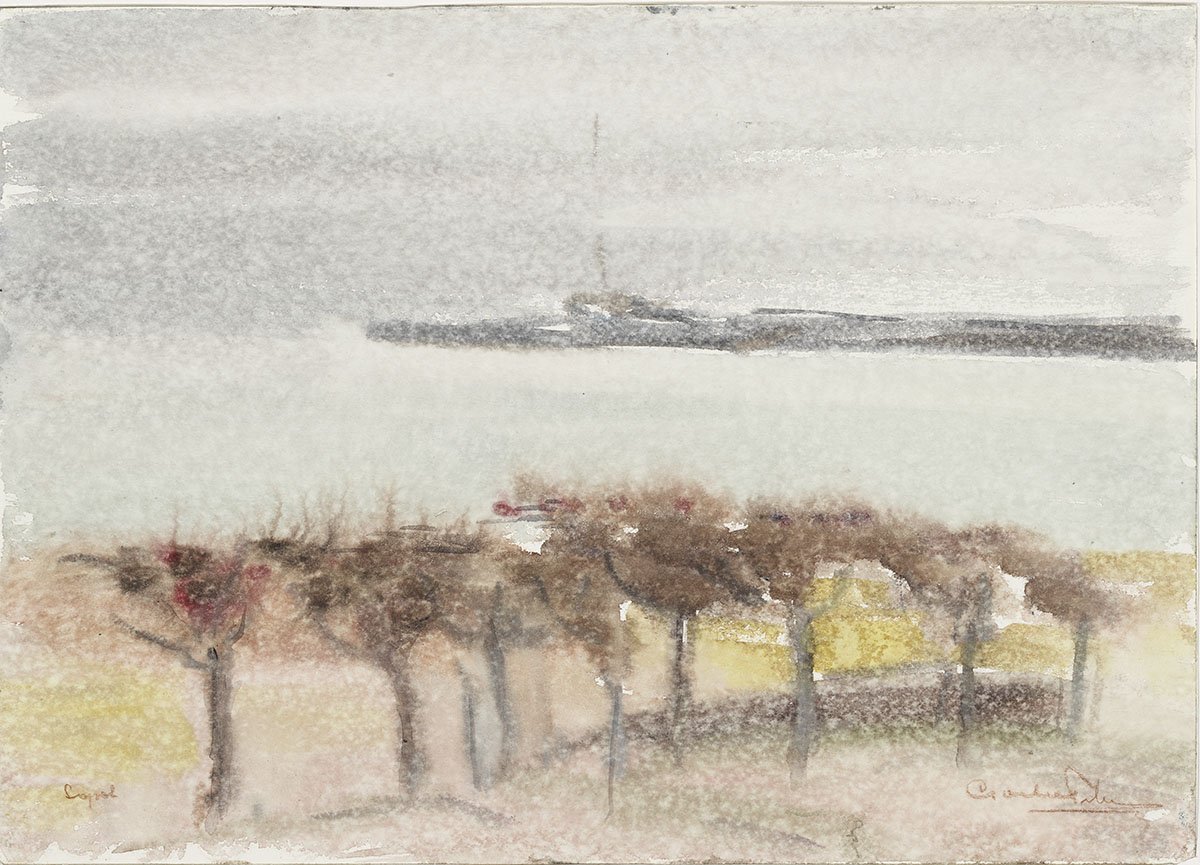 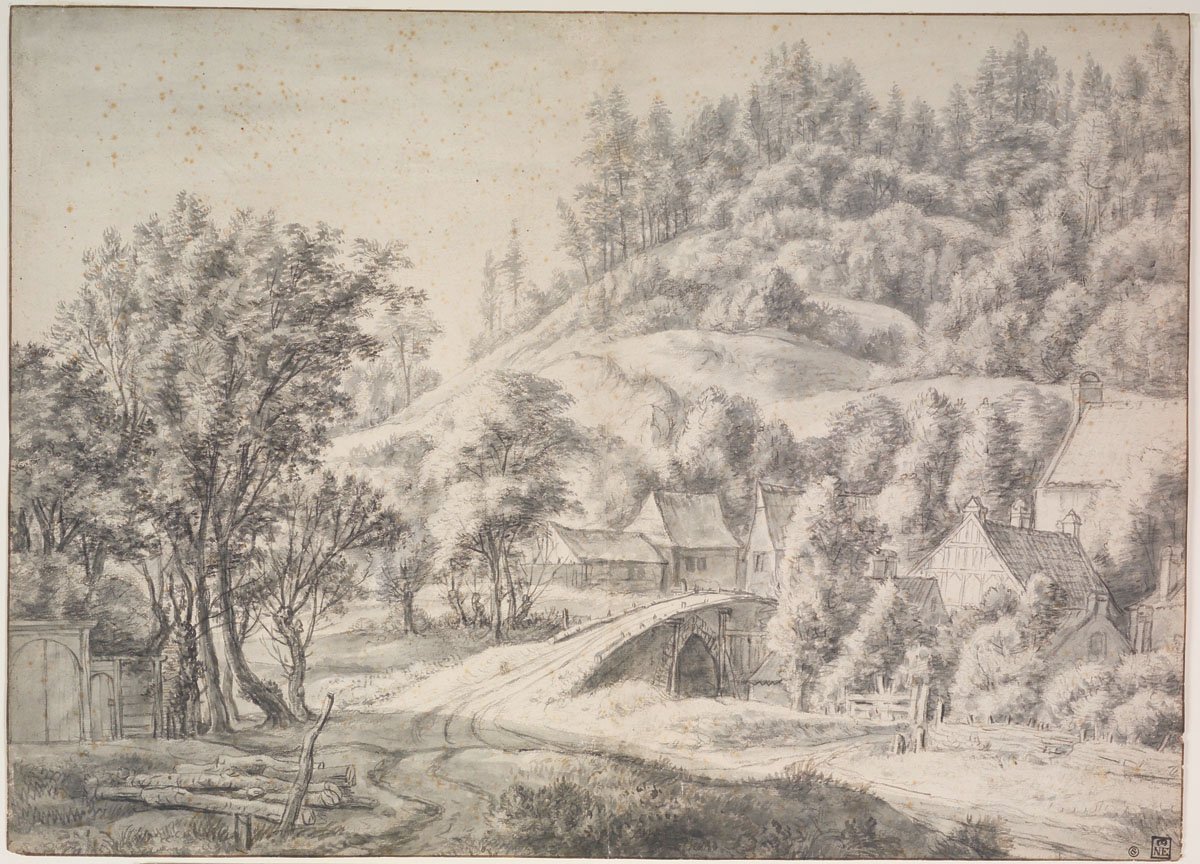 Part of the Village of Oliwa near Danzig Anthonie Waterloo 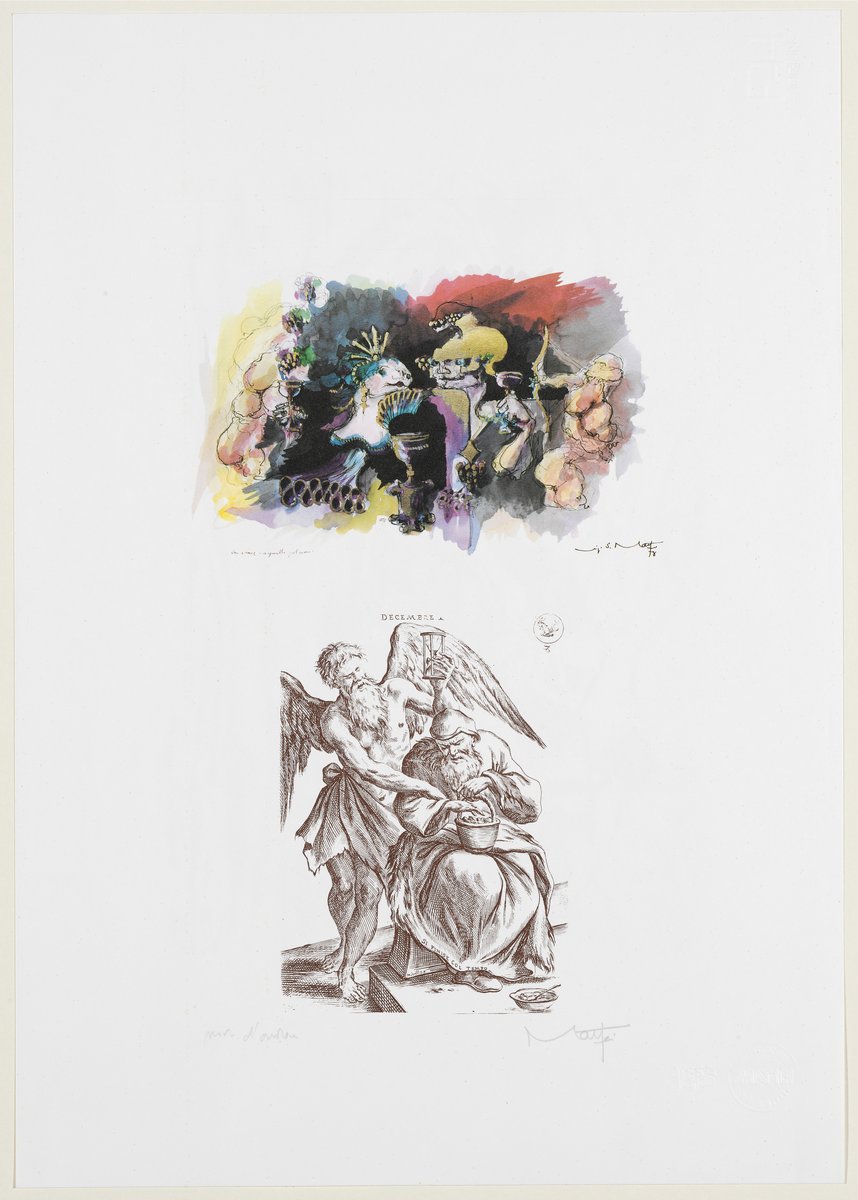 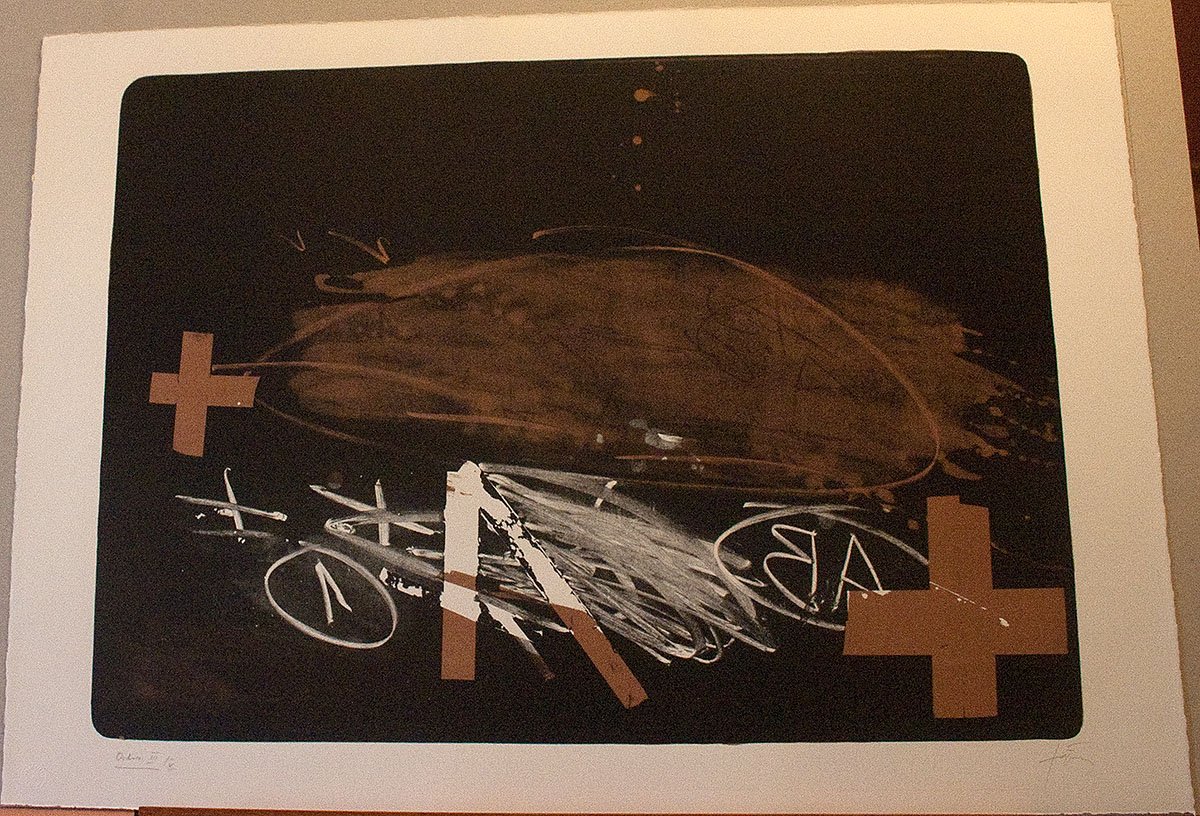 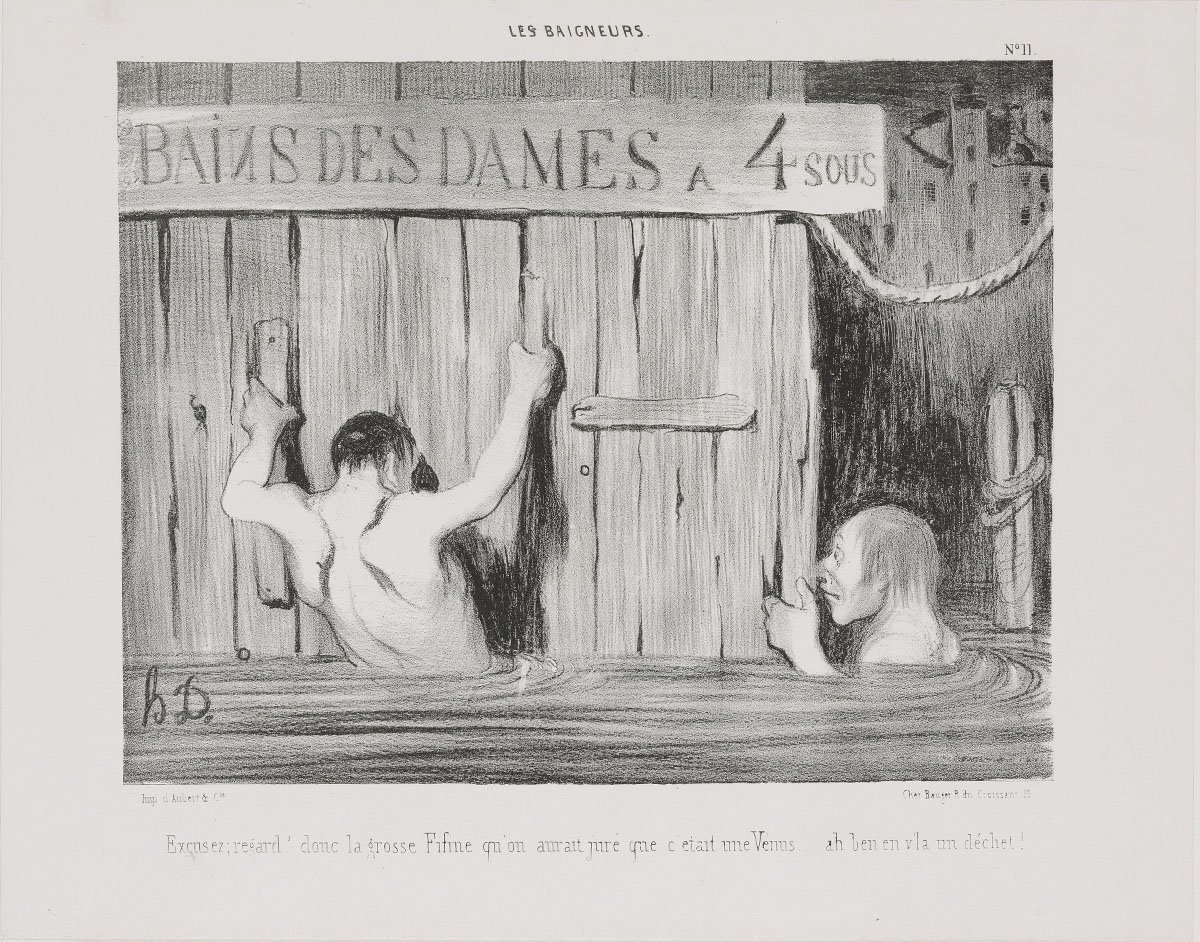 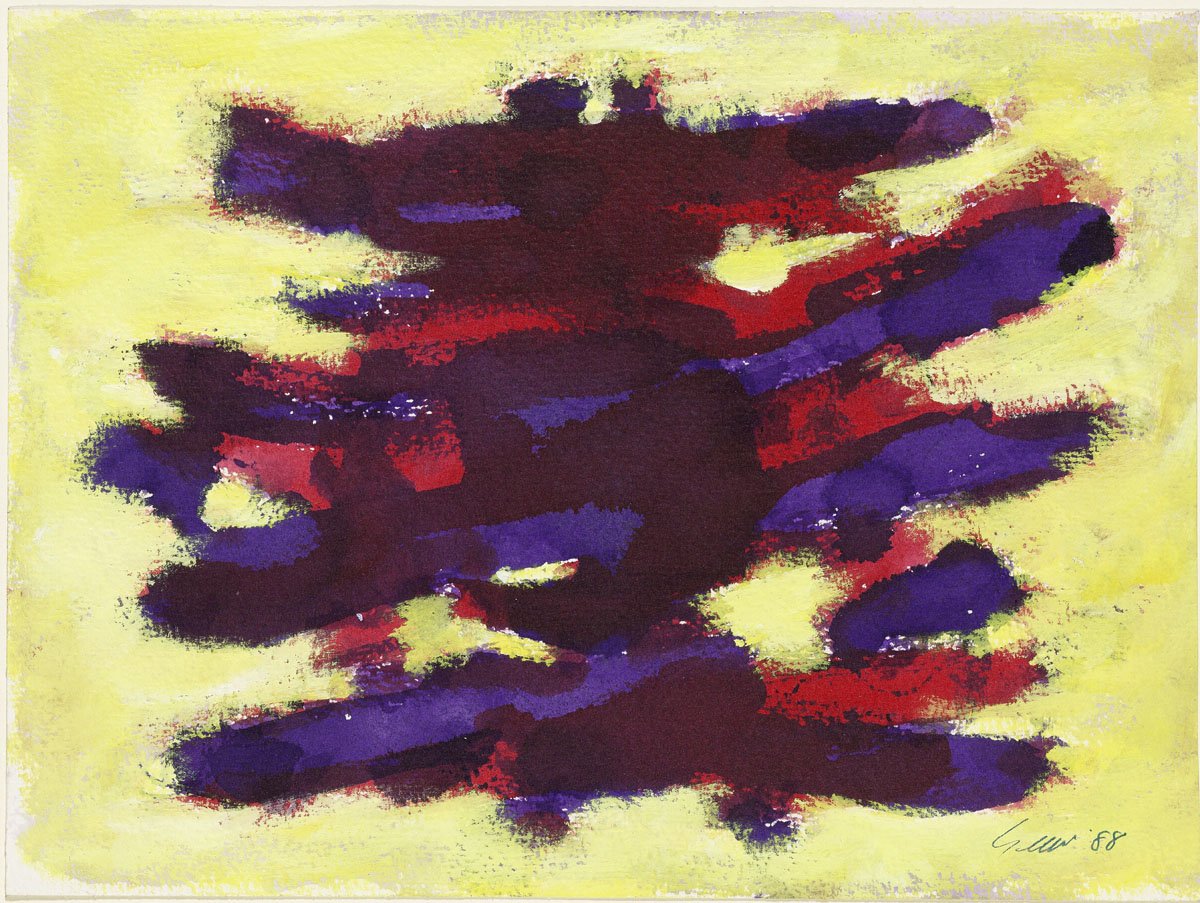