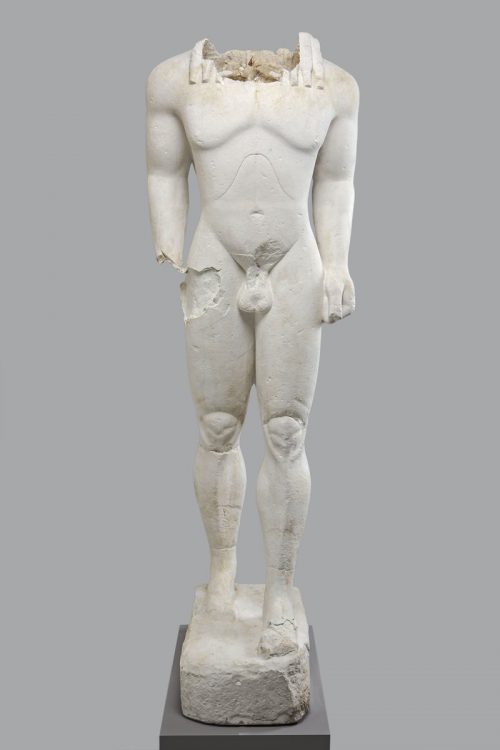 The large statue of the youth is nude, but wears boots, which is quite unusual. The body is stout and muscular, it is quite different from the works of Athenian sculptors. According to the inscription on the base, it was made by Polymedes, a sculptor from Argos. It was found together with another, very similar kouros statue: the two must depict brothers. They may represent the Dioscouri, the sons of Zeus, it is also possible, however, that they show two mortal brothers from Argos, Kleobis and Biton, whose story was recorded by the historian Herodotus in the fifth century BC. The head and the right hand of the plaster cast are lost. 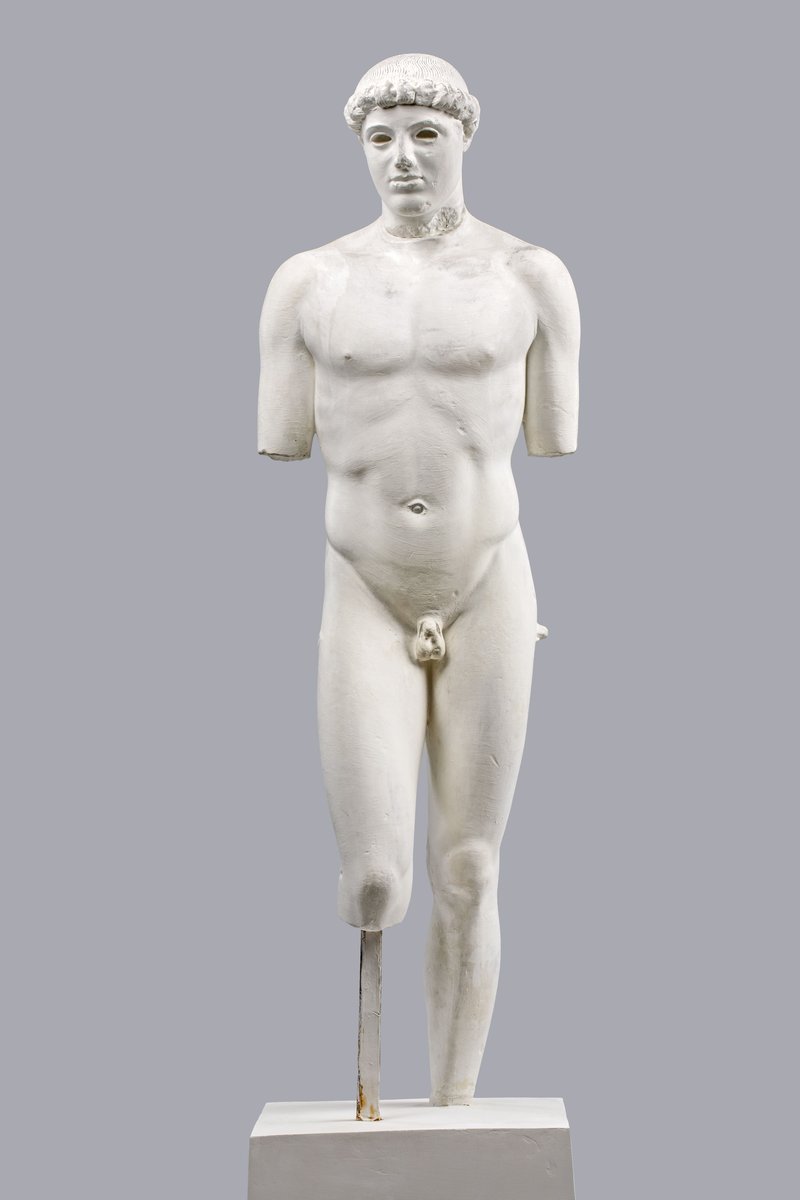 Statue Of A Youth (Kouros): The Kritios Kouros 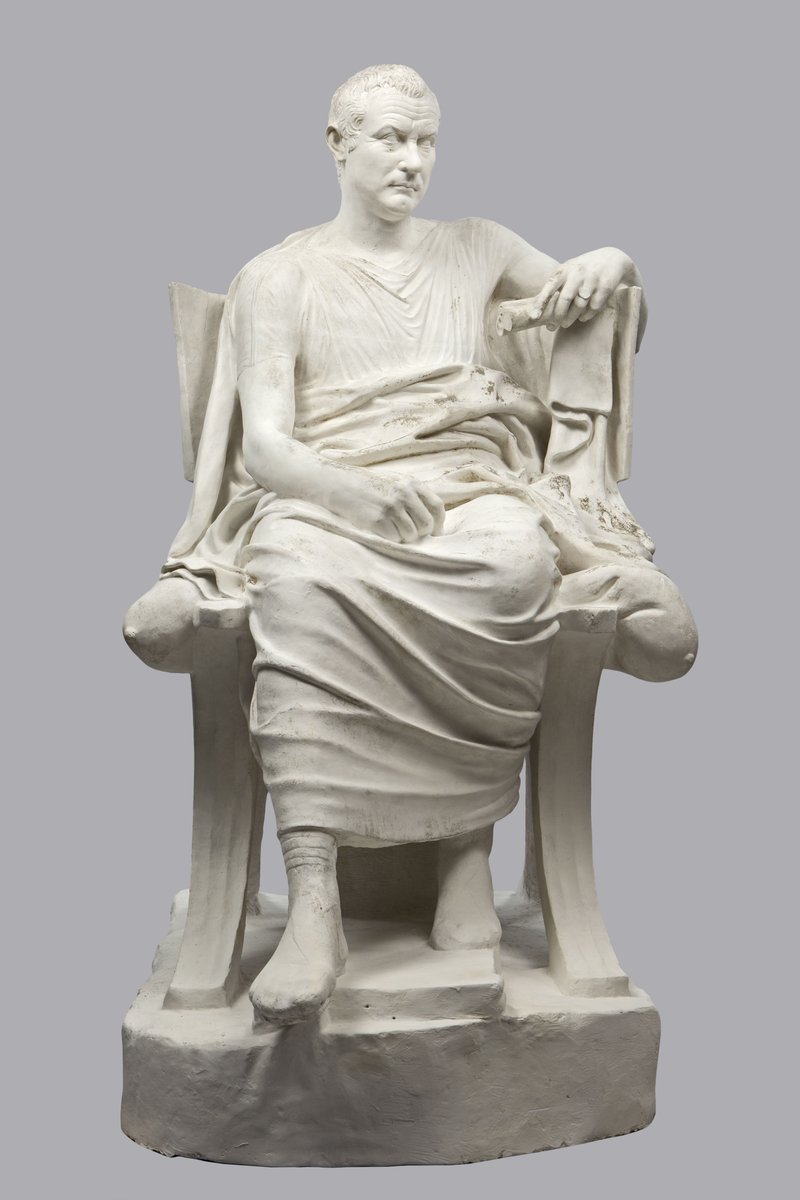 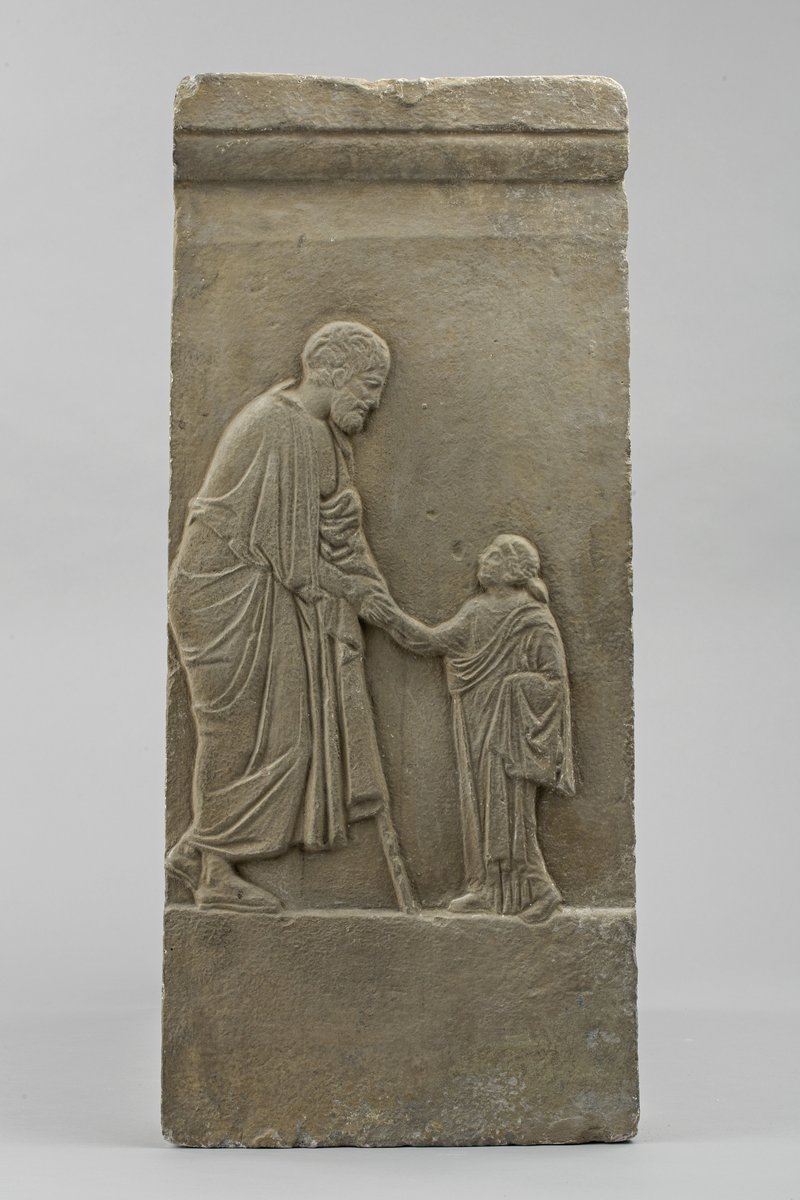 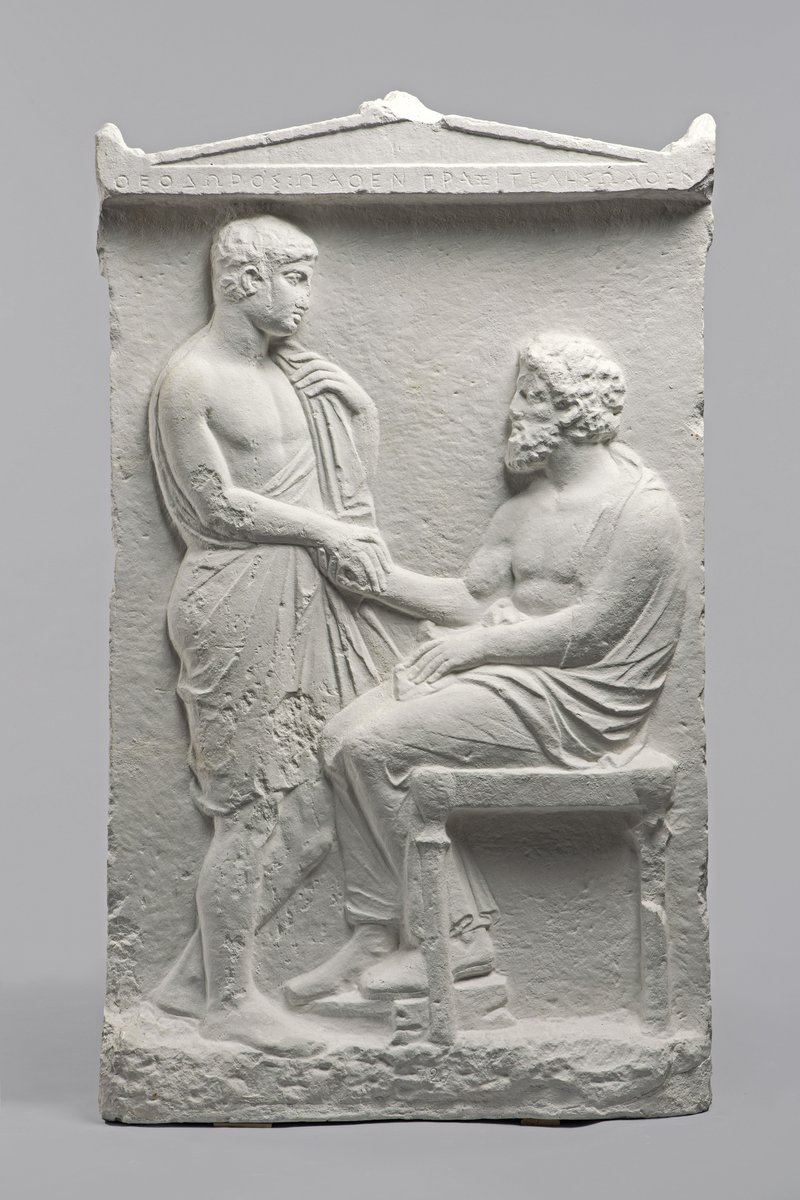 Grave Stele of Praxiteles and Theodoros 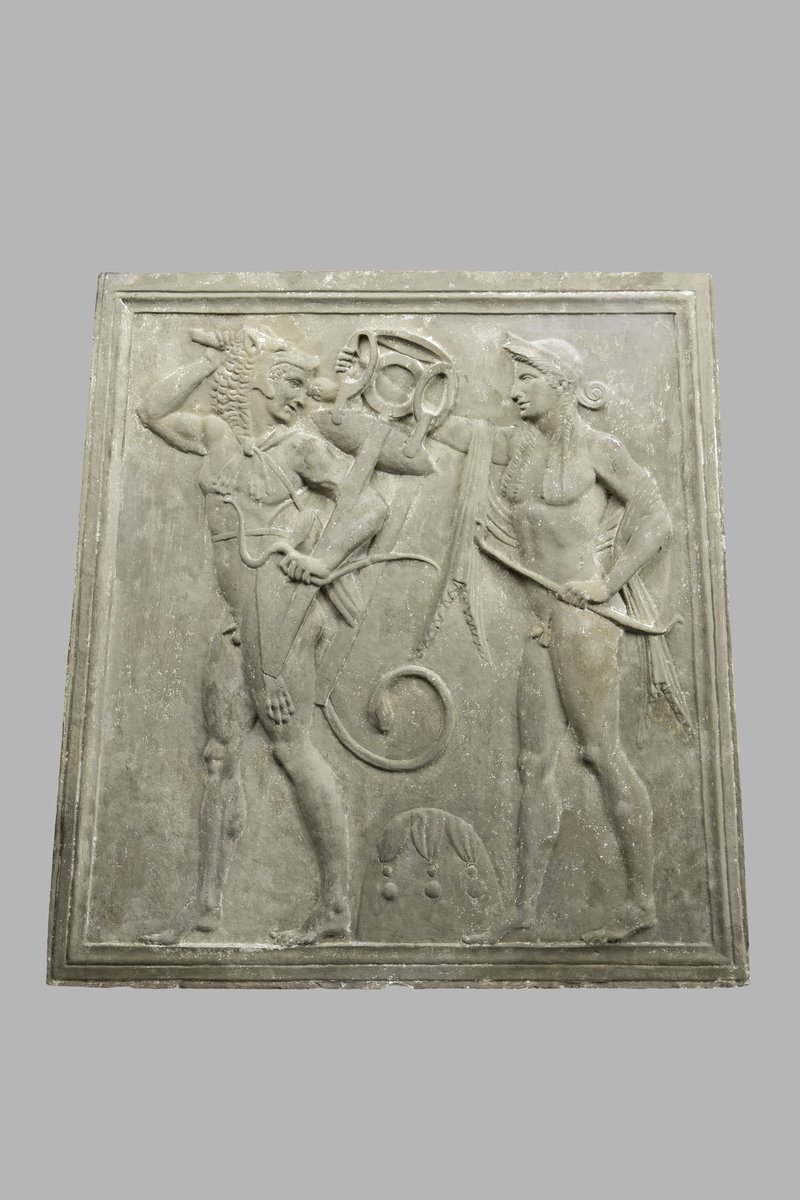 Apollon And Heracles Struggle For The Tripod Of Delphi 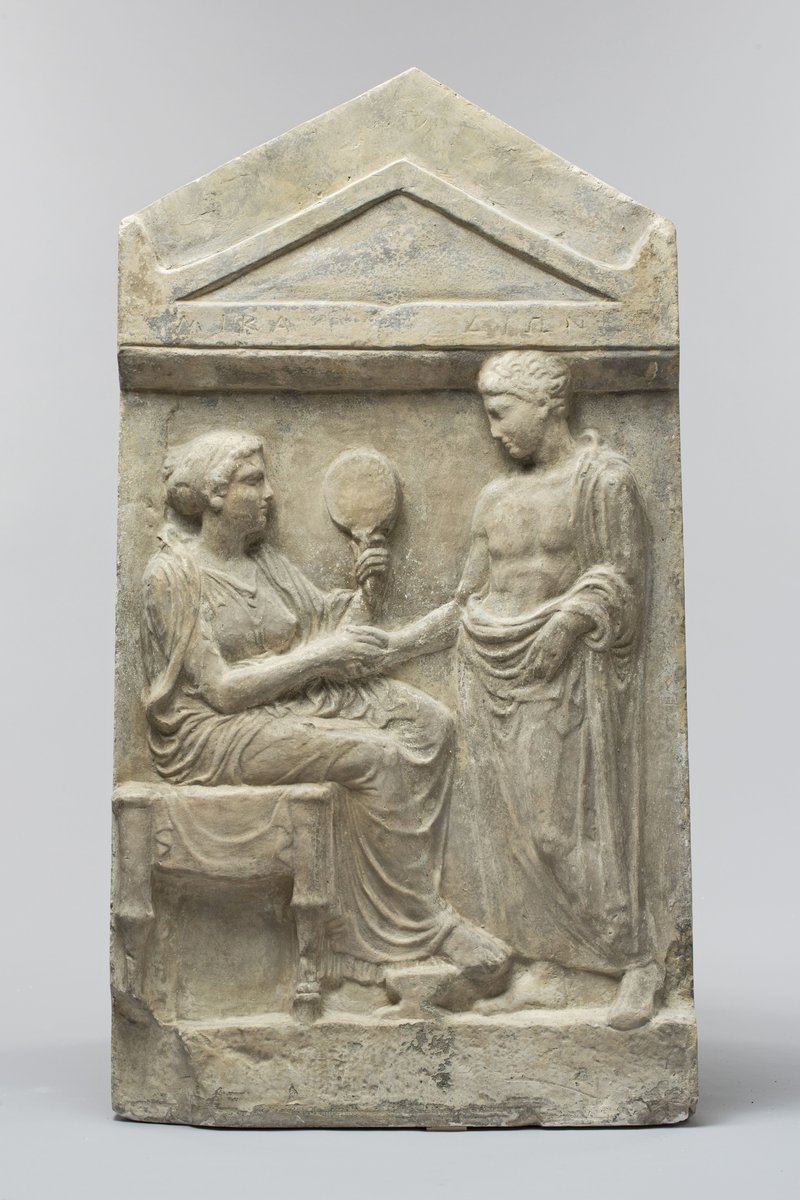 Grave Stele of Mika and Dion 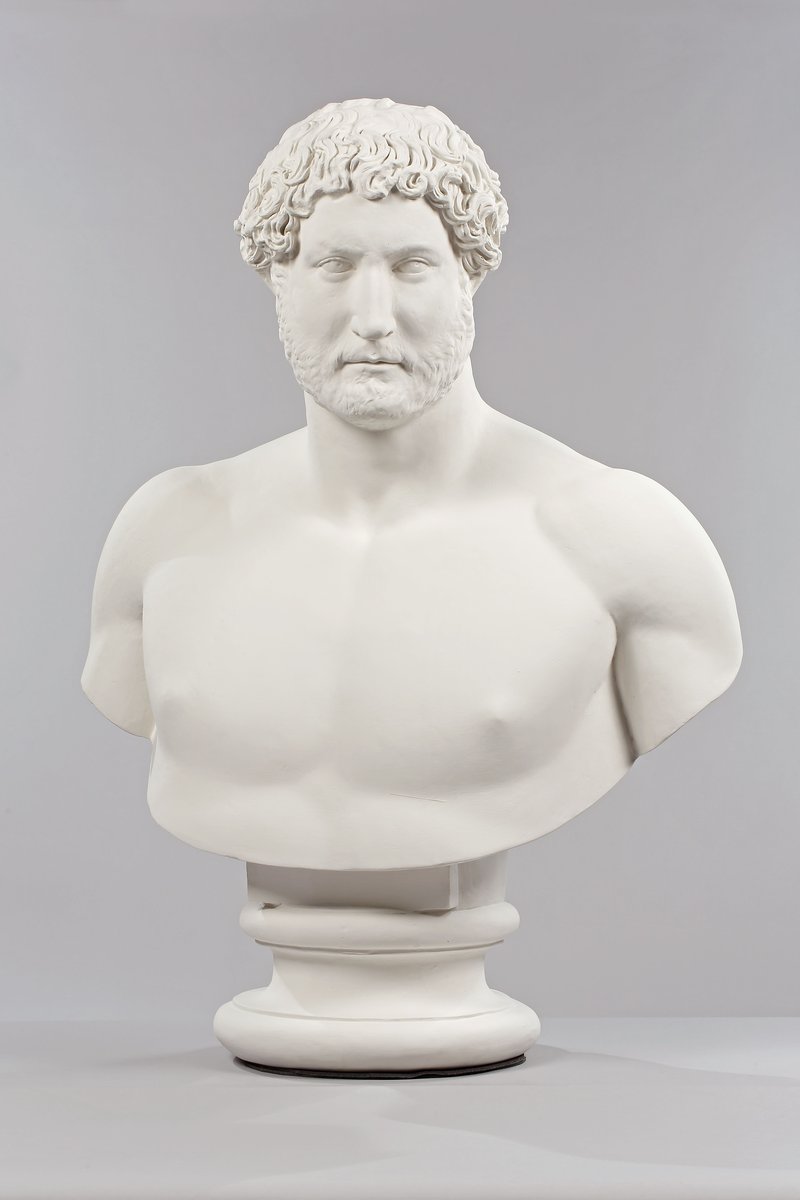 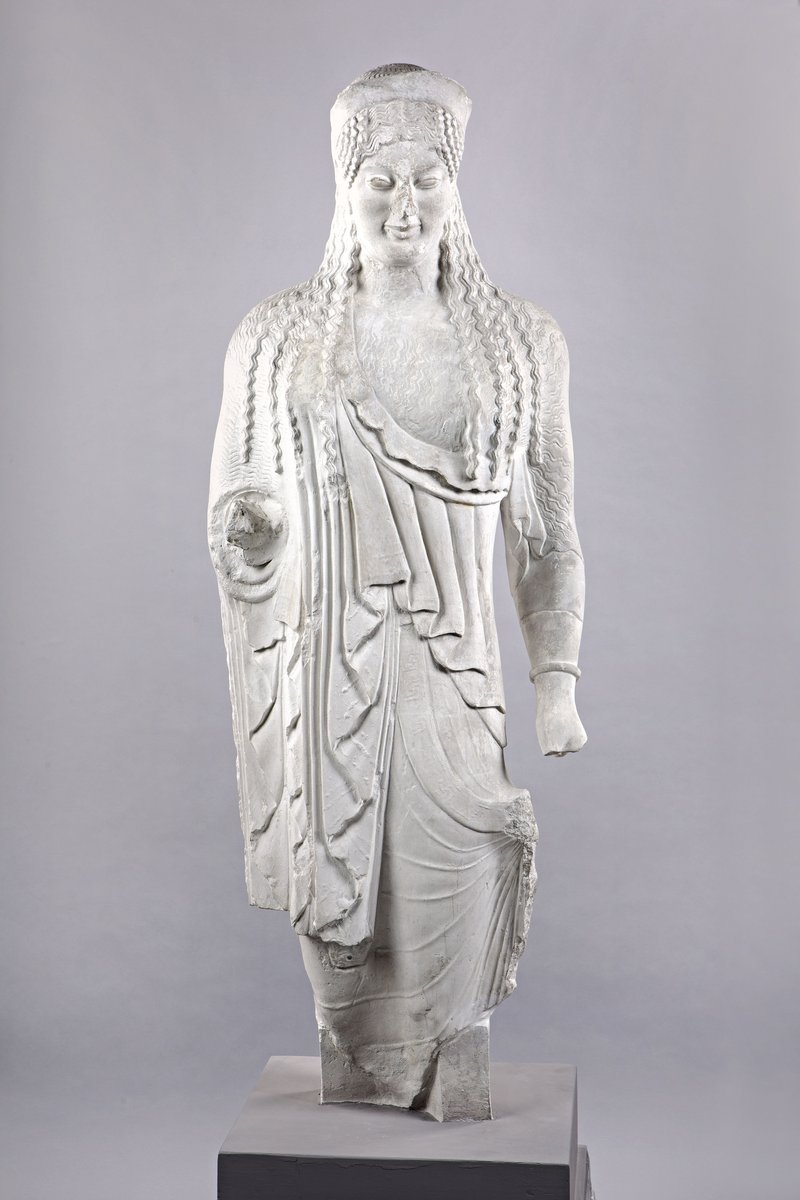 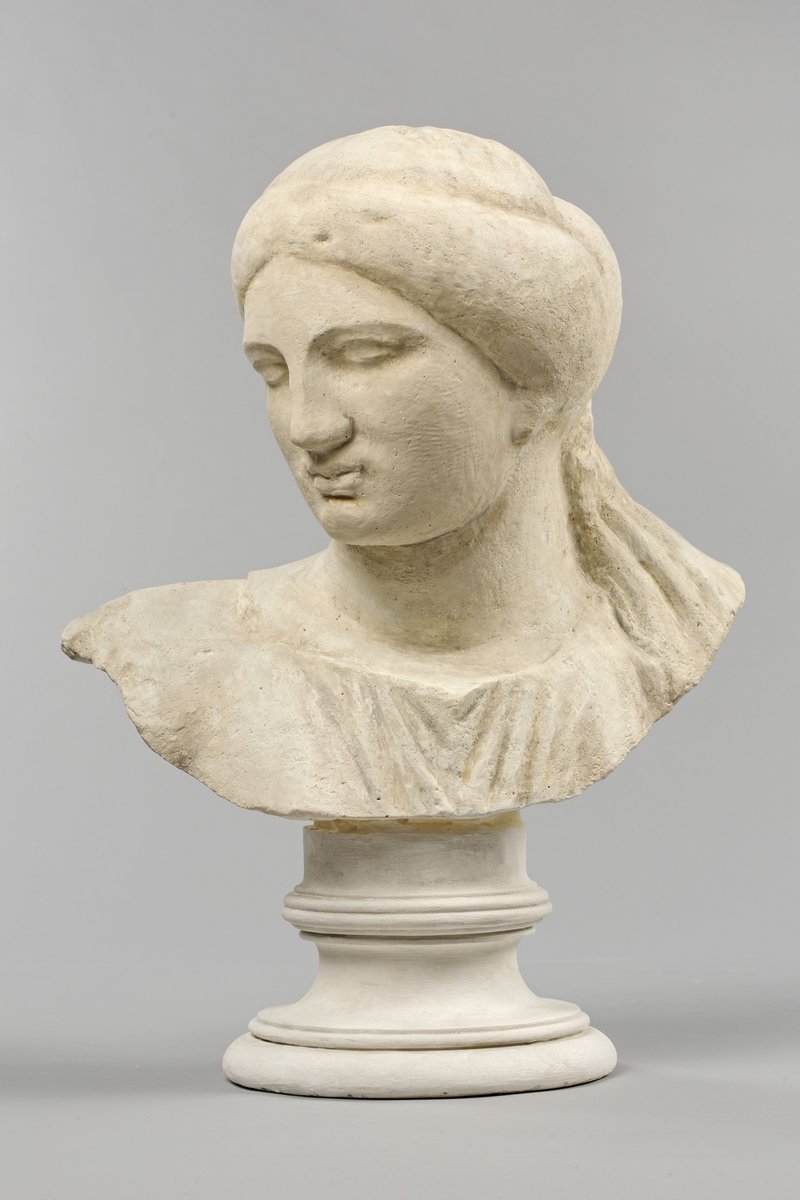 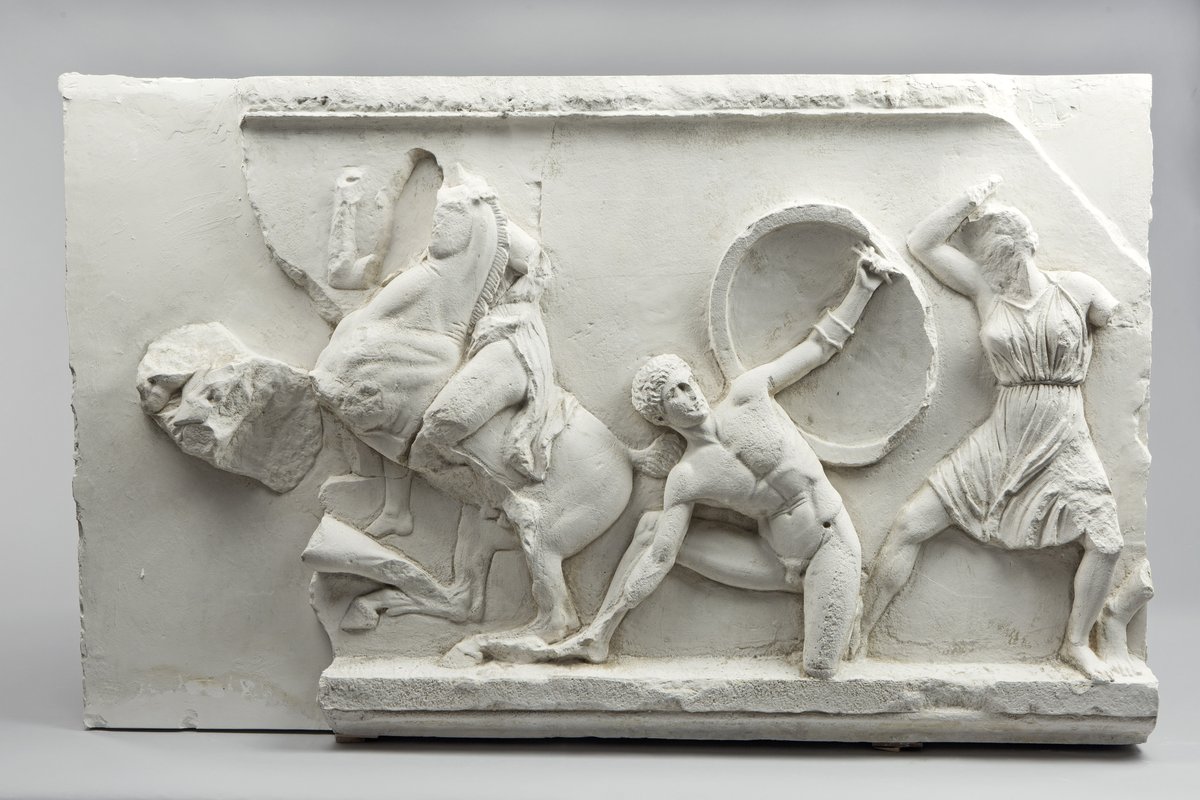 Battle Of The Greeks And The Amazons