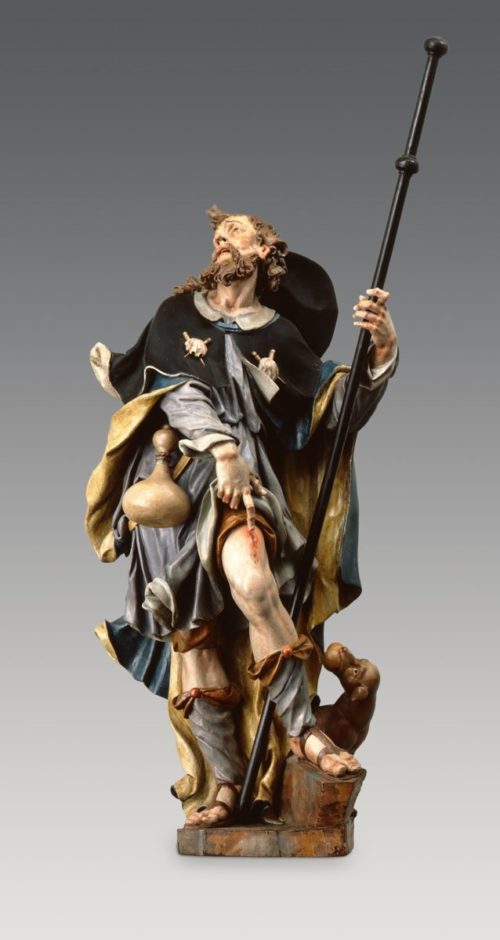 The wooden figures of Sebastian and Roch, saints commonly depicted in the Baroque period, are from the tabernacle altar of the parish church of Egervár, Zala. Commissioned by count Ignác Széchényi, the patron of the church with connections to Graz, they were created by Philipp Jakob Straub, an excellent and influential representative of Styrian Baroque sculpture.
The two saints who warded off the Plague are the embodiments of pain and suffering. Wearing pilgrim’s clothing, Saint Roch looks upwards with an expression of pain, his lips opened in exclamation, while his hands point to the wounds on his feet. Next to him appears a dog that brought bread to him when he was ill with the plague. The martyr, Saint Sebastian, who is pinned to the tree and wounded by arrows, bears the pain philosophically, acquiescing to his fate. His head falls to his shoulder and tears stream from his closed eyes. This pair of statues stands out among other Hungarian Rococo sculptural works because of the outstanding modelling, the fine, restrained use of colour, and the deeply felt expressions of feeling. 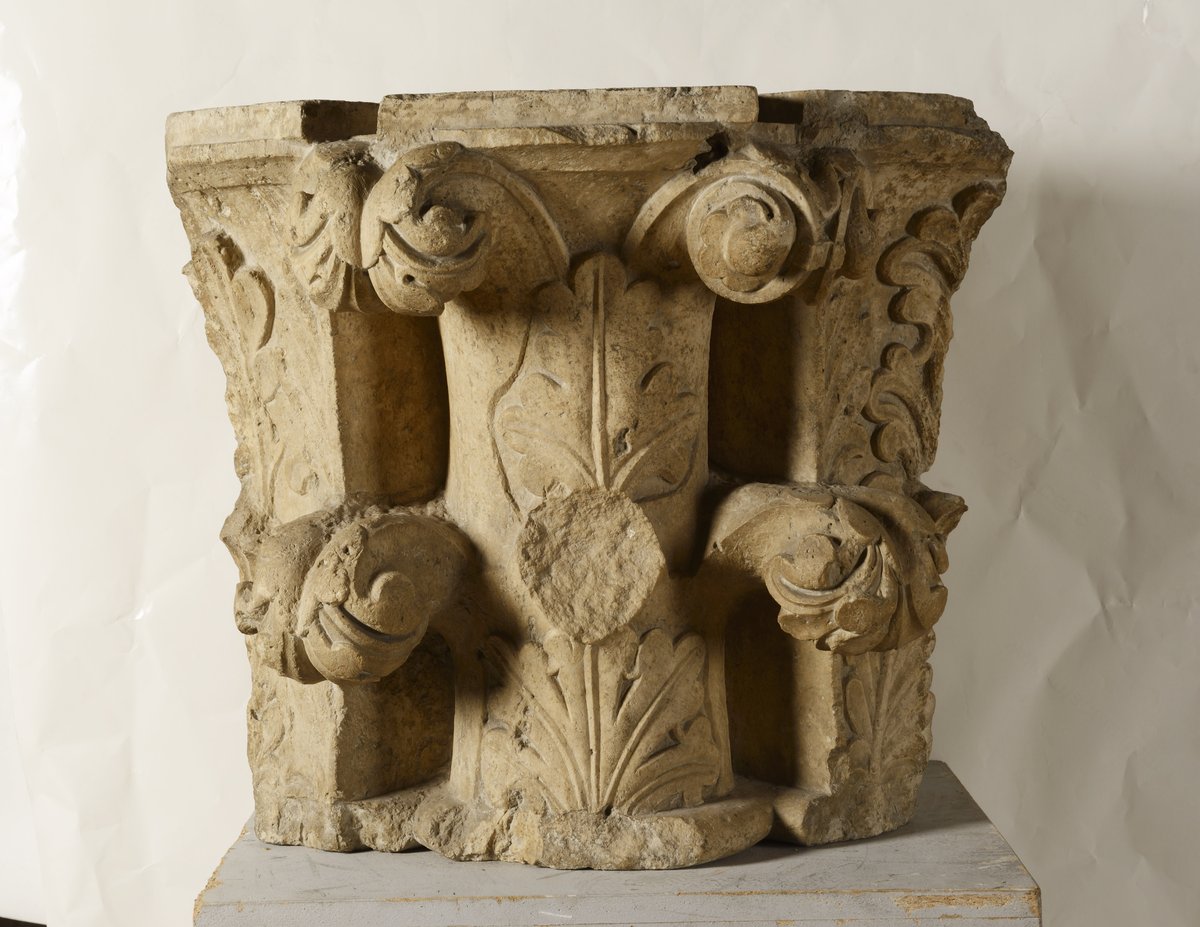 Base of a pilaster from Kalocsa 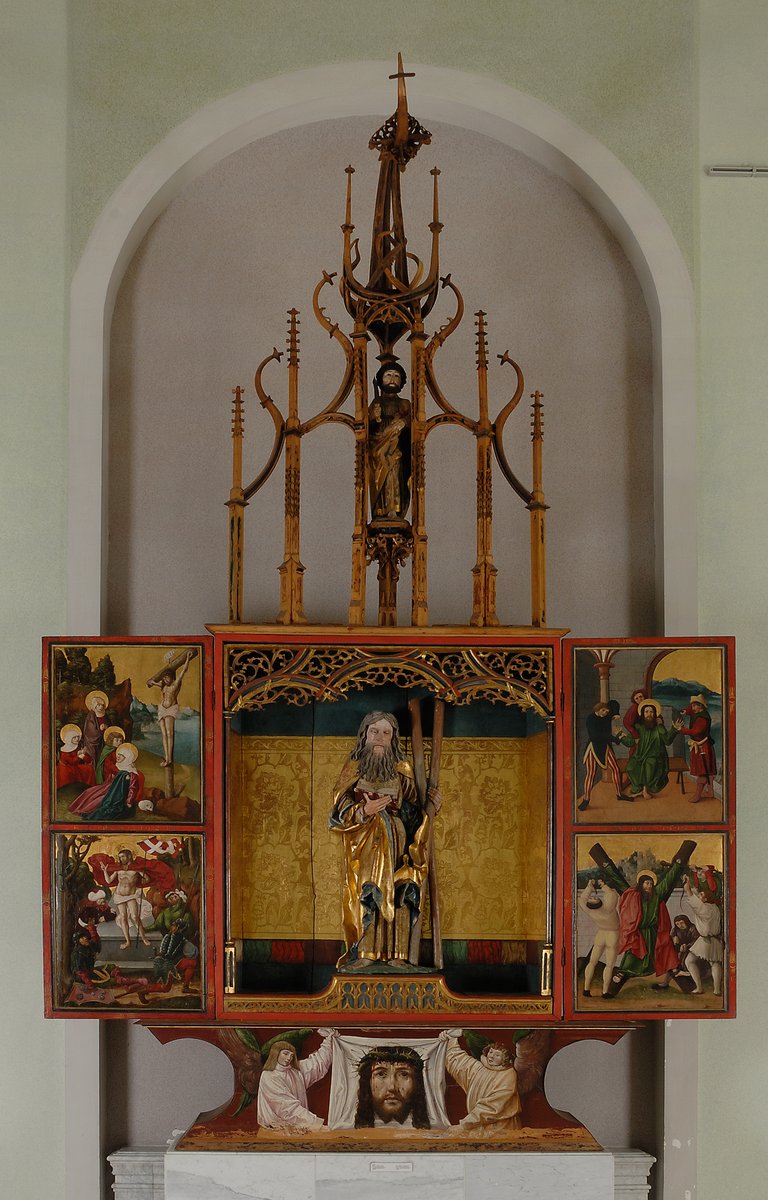 Statue of Saint Florian, form the superstructure of the Saint Barbara and Saint Magdalen altarpiece from the Church of the Assumption of the Virgin in Leibic (today L’ubica, Slovakia) 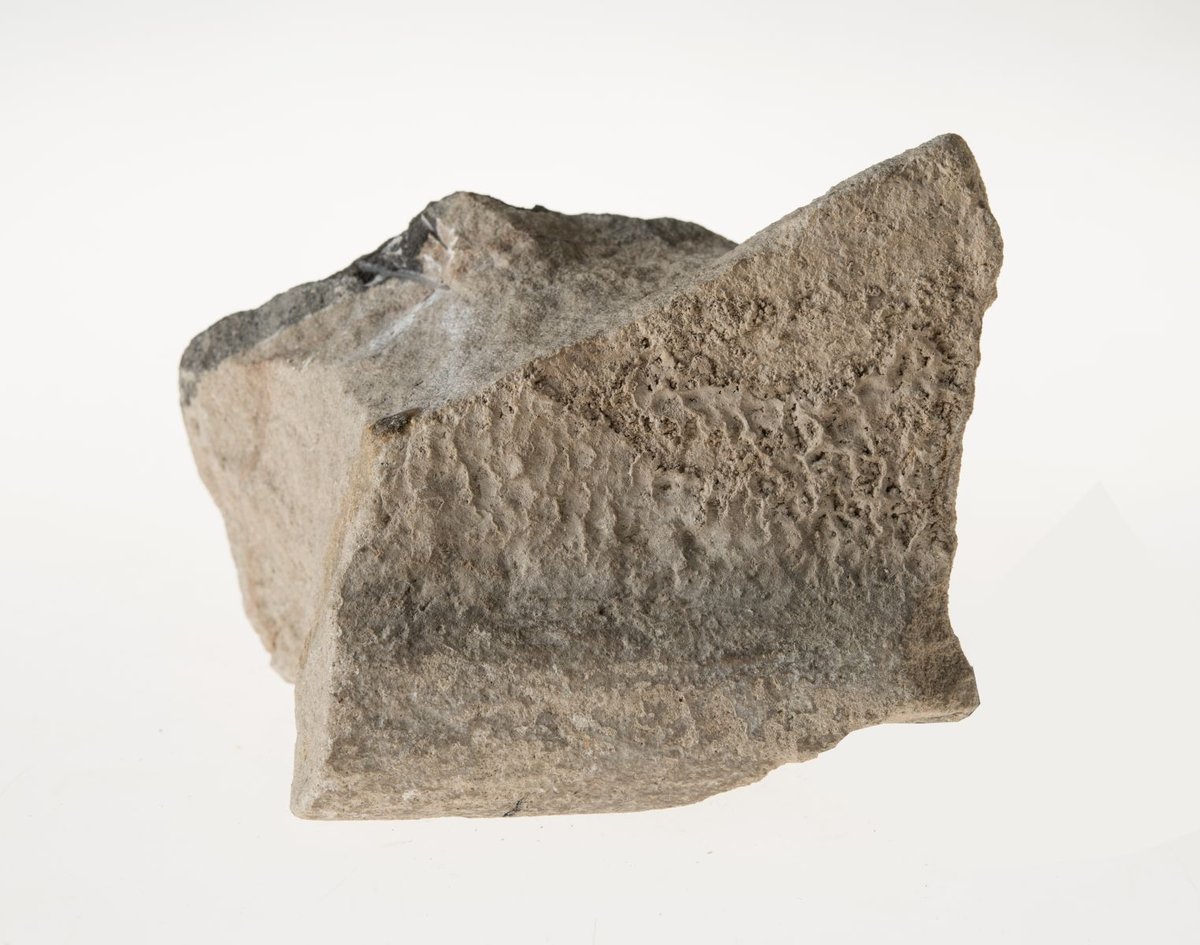 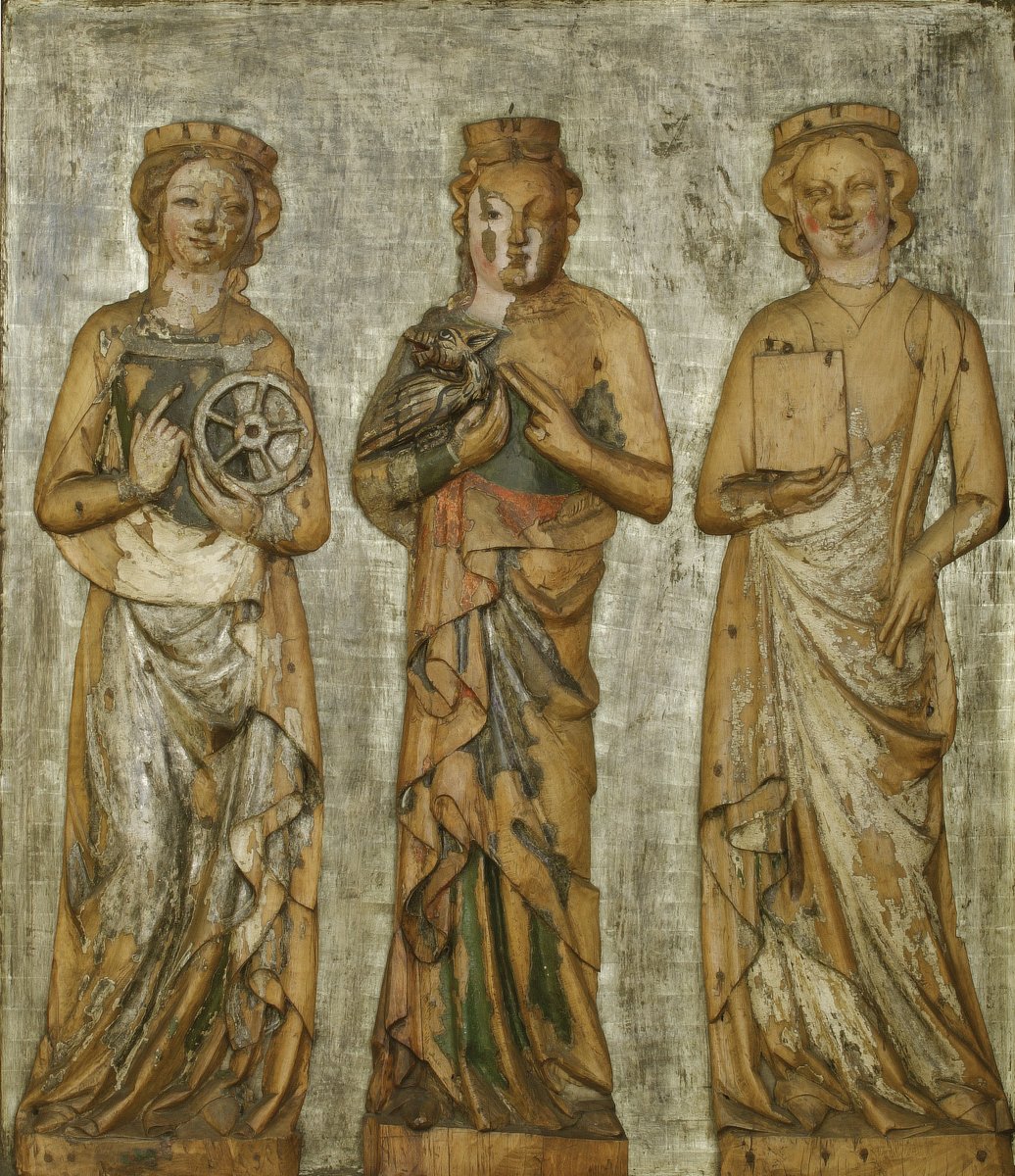 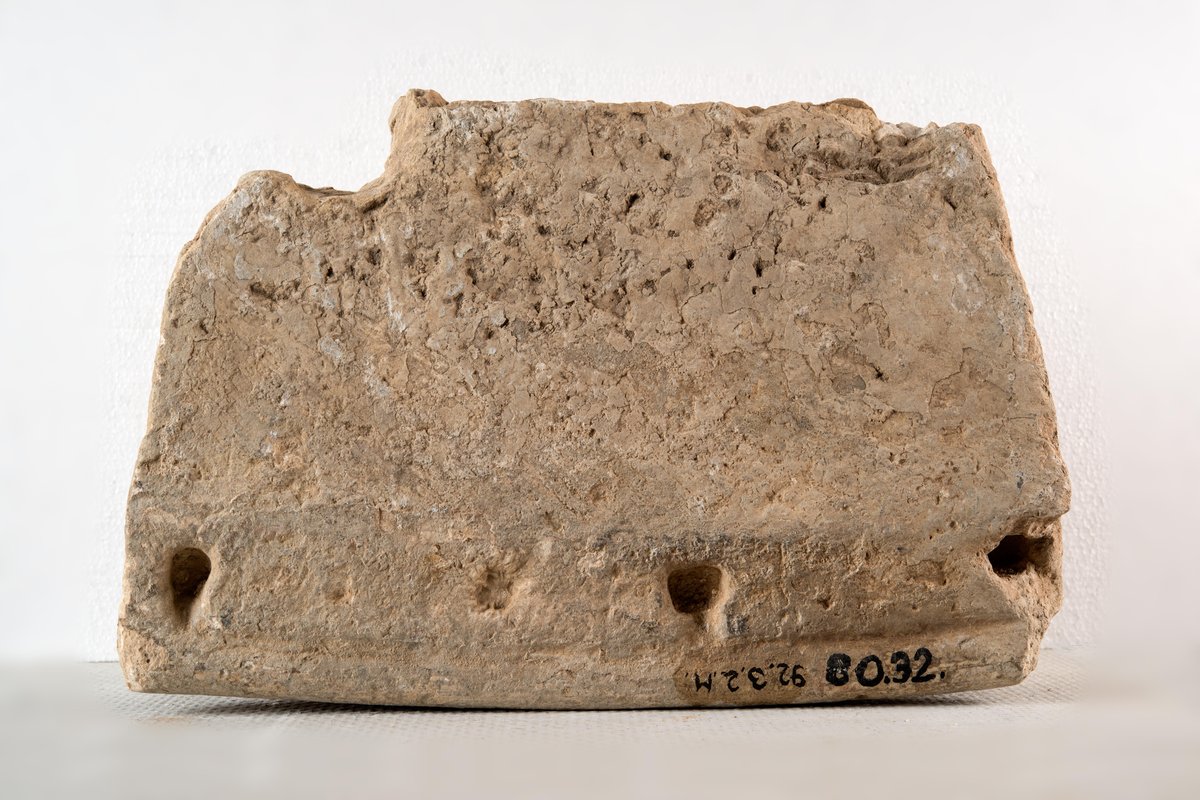 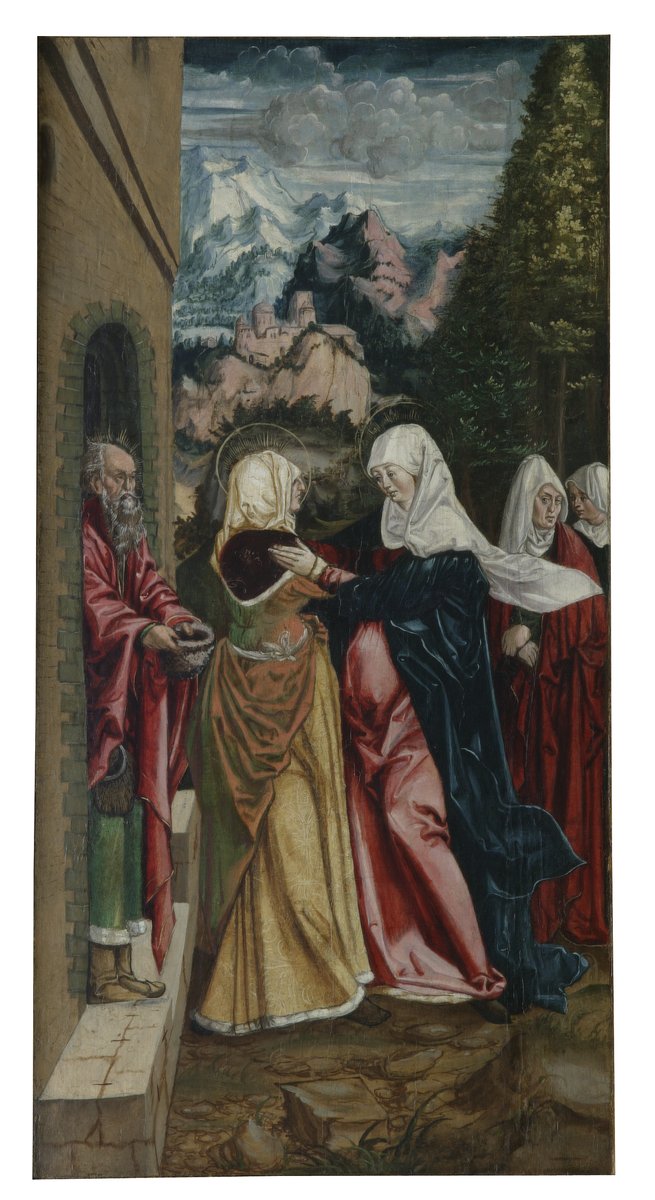 The Visitation. Panel of the left stationary shutter of the Annunciation Altar from Kisszeben (today Sabinov, Slovakia) 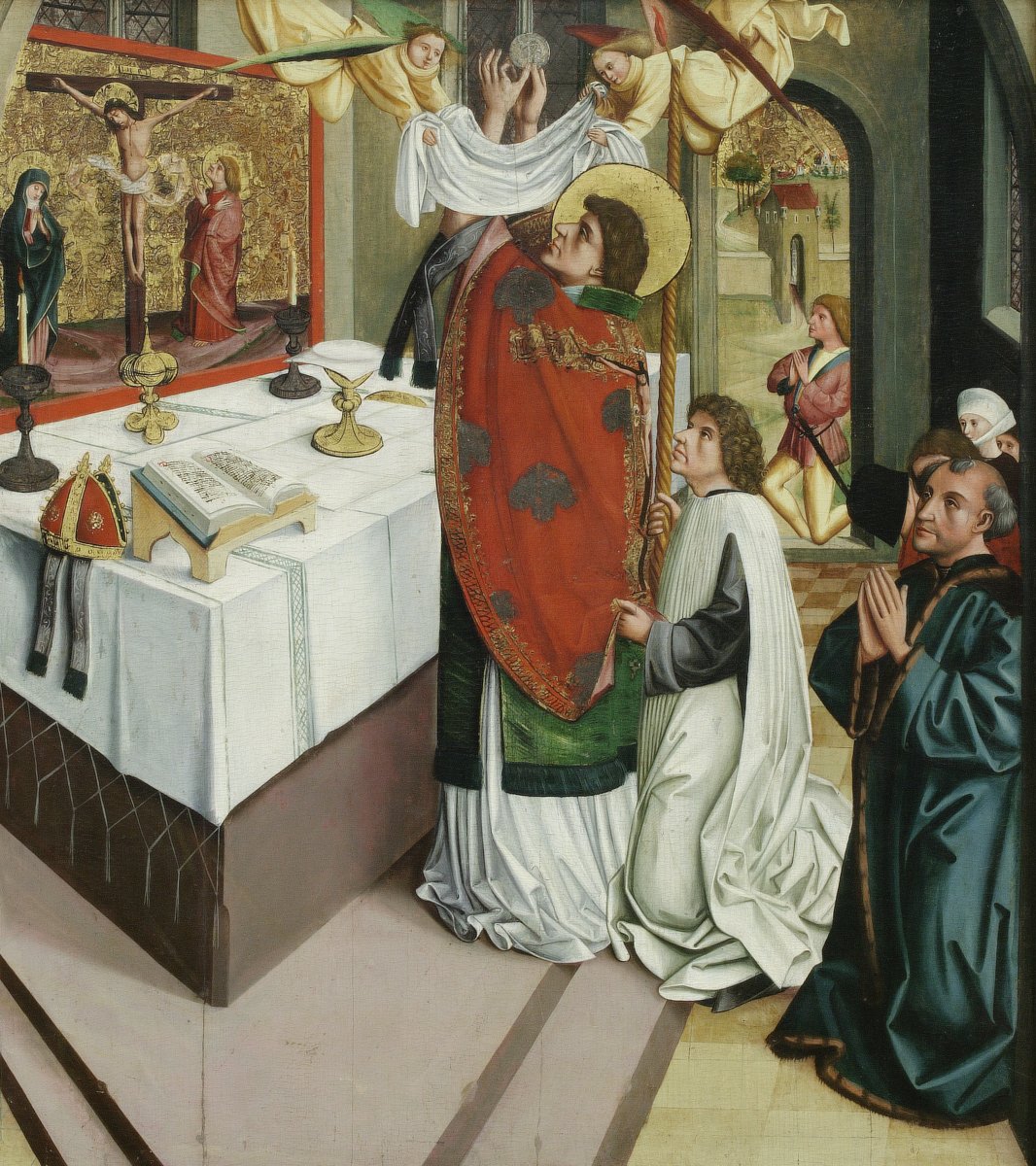 Saint Martin’s Mass at Albenga. Scene from the feast-day side of the shutter on an altarpiece, provenance unknown. From the Collection of Miklós Jankovich 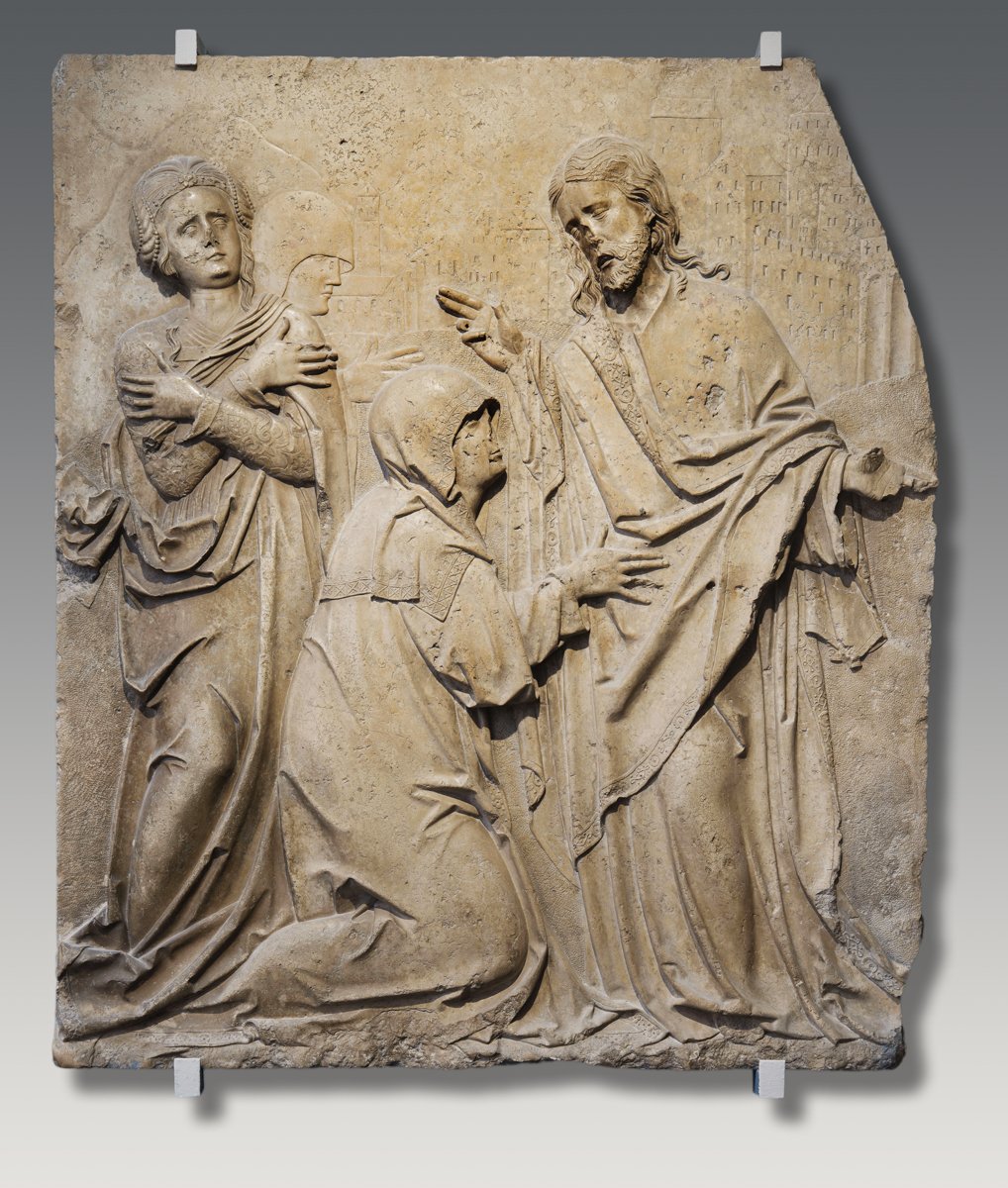 Christ Taking Leave of his Mother, fragment of an epitaph from Nyitra (today Nitra, Slovakia) 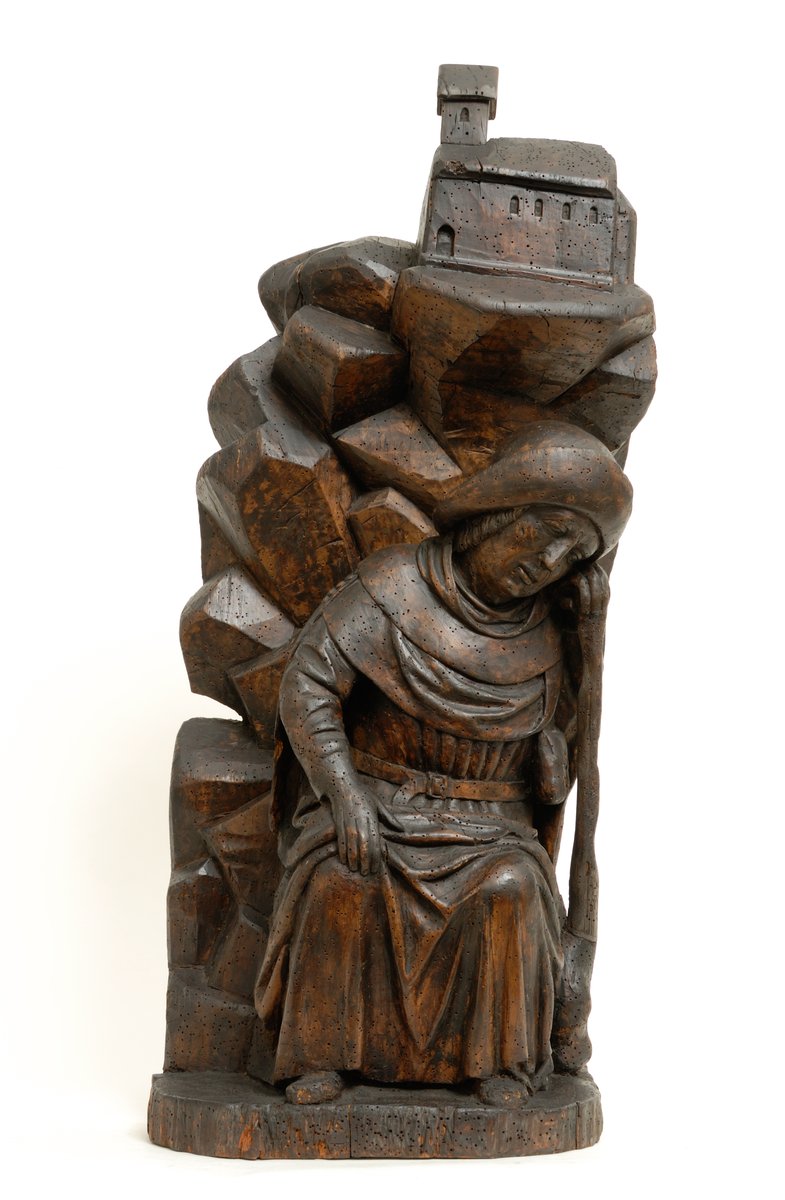 Pilgrim from a Legend of the Apostle Saint James from Zalaszentgrót (?)