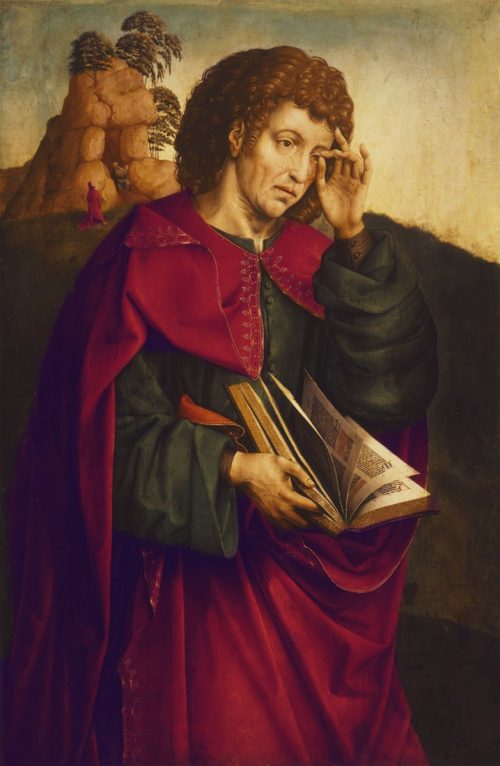 Colijn de Coter, who worked in Brussels and Antwerp, was one of the last generation of early Flemish painters. Carrying on the art of the Master of Flémalle and Rogier van der Weyden into the first half of the sixteenth century, his archaic style remained untouched by the spirit of the Italian Renaissance. Nevertheless, he led a populous workshop, and his influence can even be traced in Scandinavian and German altar painting and tapestry.

Judging from the signatures, the panels of the young John the Evangelist and the splendidly dressed Mary Magdalene held in the Museum of Fine Arts can convincingly be placed among the painter’s oeuvre. The two pictures originally almost certainly belonged to a triptych. The panel showing curly-haired John wiping his tears with a slightly theatrical gesture, his right hand leafing through an illuminated book – his attribute, either his own Gospel or the Apocalypse, was the left wing of the altar. In the background behind the red-cloaked figure, the painter portrays a scene from the Legenda aurea, when after the betrayal of his master, Peter retreats to a cave where the resurrected Christ appears before him. The other panel was probably the right wing of the triptych, and shows a weeping Mary Magdalene, her hands clasped in prayer, with a small scene of the Crucifixion in the background. In the long-haired figure of Mary Magdalene, dressed in sumptuous worldly attire, artists of that time combined the Mary Magdalene of the Passion with the sinful woman of the Bible, repenting her transgressions. The mourners and auxiliary scenes of the two panels also allude to the death on the cross of the Messiah, and so it is highly probable that on the lost central panel of the former altar, the painter depicted the dead Christ. On another of Coter’s triptychs, also partly extant (Louvre, Paris), the right-wing panel is of the three weeping Marys, one of which is Mary Magdalene in a form very close to the Budapest picture, the central panel depicting the Holy Trinity, the “Throne of Mercy”, in which Christ, showing his wounds, is held out in front of God, with the dove of the Holy Spirit hovering above them. It is possible that the Budapest wing panels originally complemented a similar Throne of Mercy composition.

The two panels date from between 1500 and 1504, in the middle of Coter’s career, which lasted from 1485 to 1522, and belong among the works which, in terms of their compositional schema, decorative motifs and morphology of figures, maintain the style of Rogier van derWeyden. The gesture of Coter’s female figure, with her clasped hands, evokes the weeping Magdalene of Rogier’s Descent from the Cross (Museo del Prado, Madrid), but the facial features and the headscarf, with its profuse folds, also bear links to Rogier’s The Magdalen Reading (National Gallery, London). The “detail realism” of early Netherlandish painting, the closely-observed forms and the lifelike depiction of materials, conveyed with painstaking precision, are strongly apparent in Coter’s works, such as the blood vessel standing out on the hand of the Evangelist holding the book, or the formation of the glittering gems adorning Mary Magdalene’s clothing. 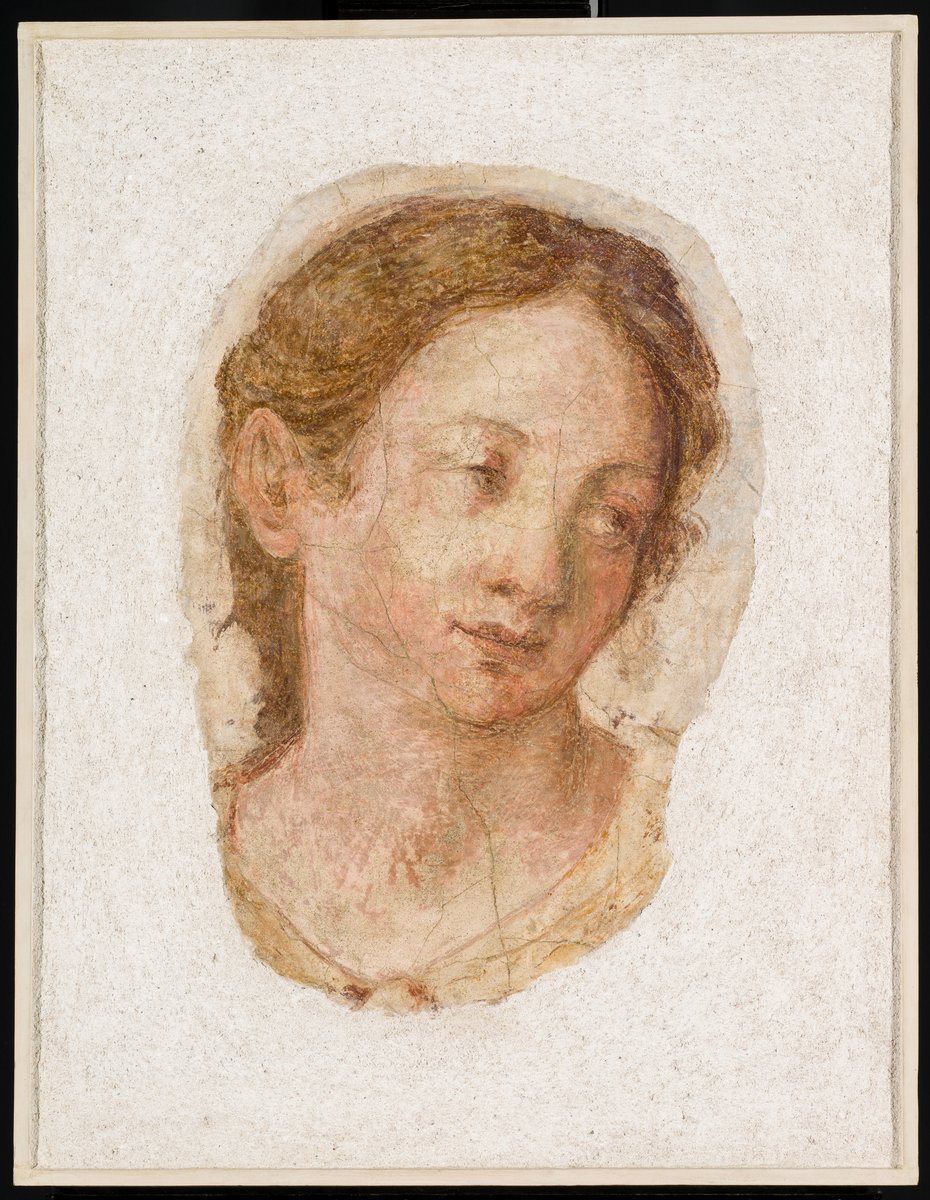 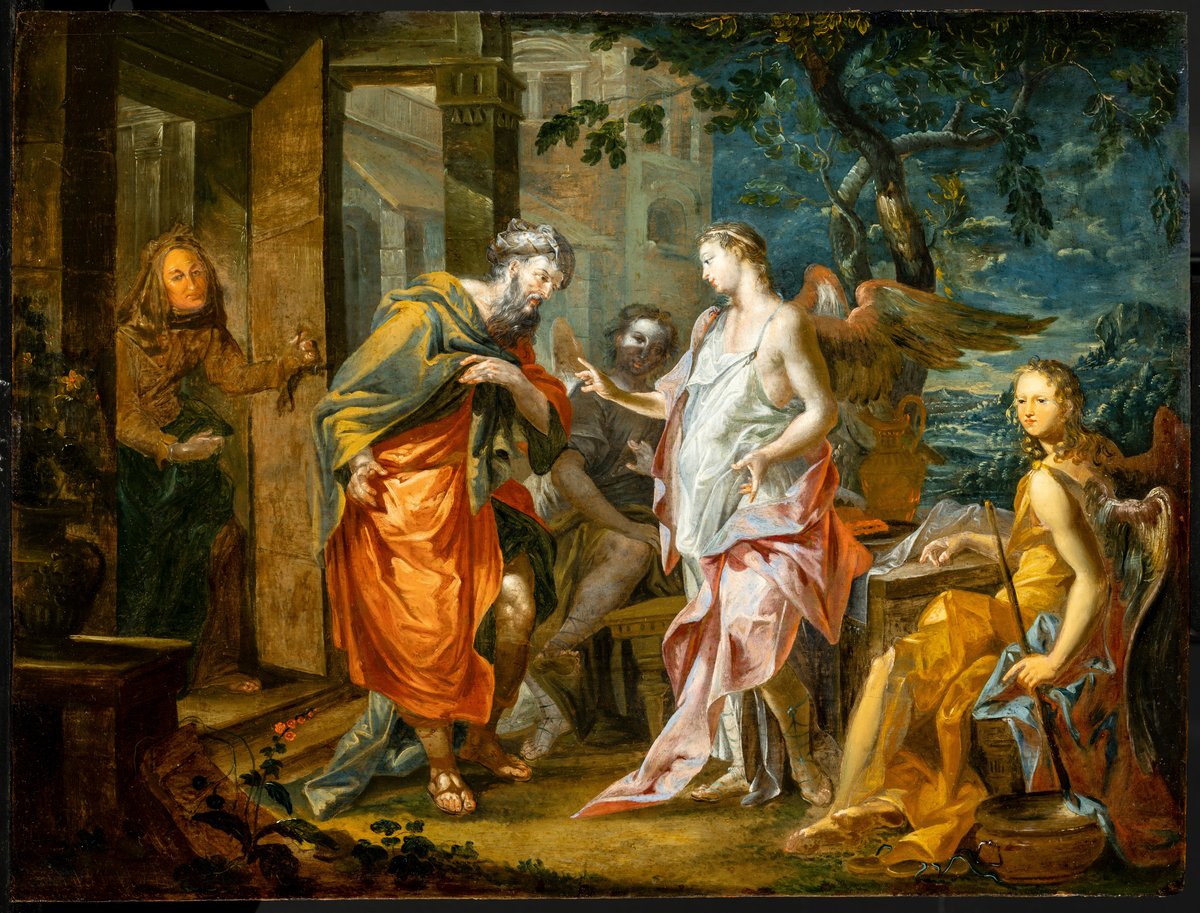 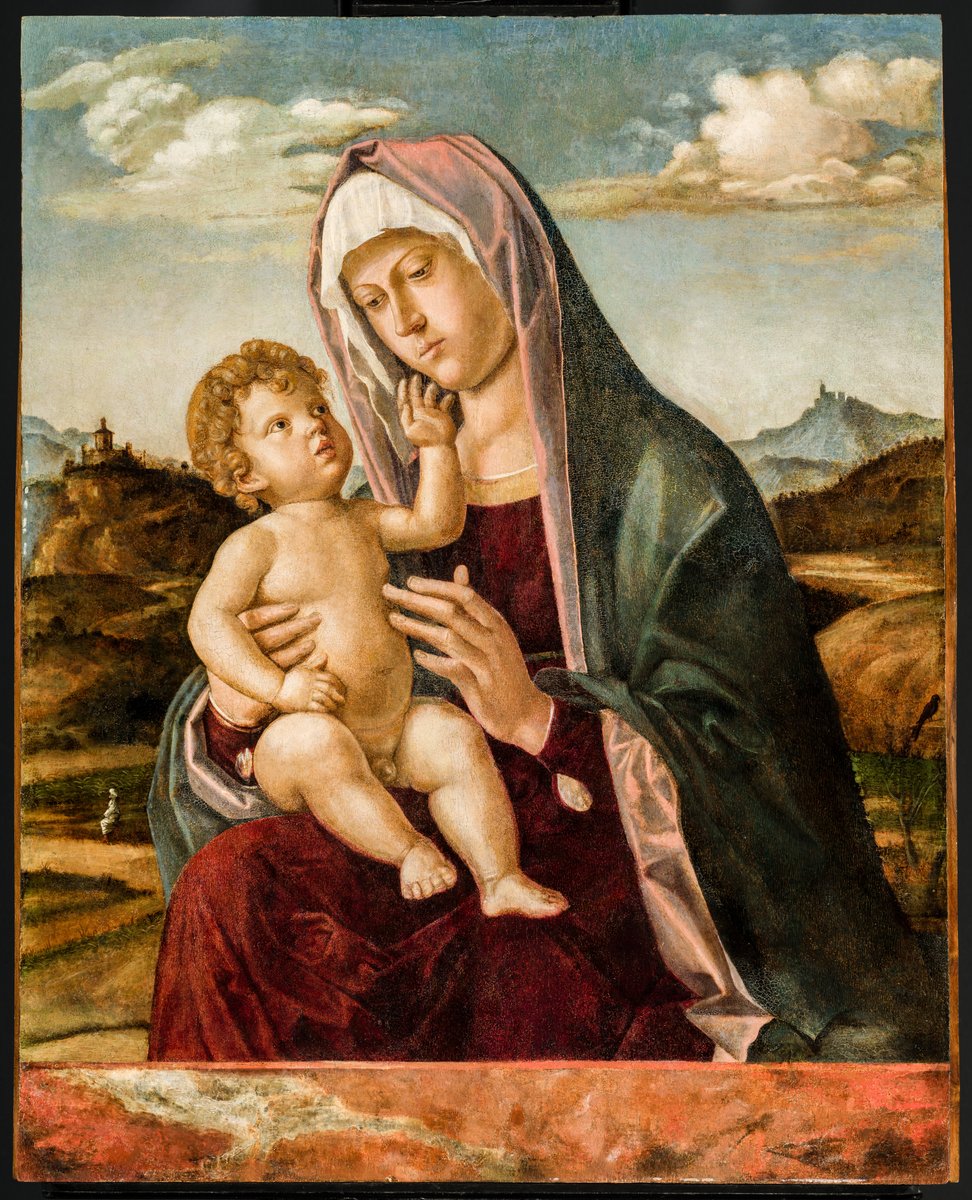 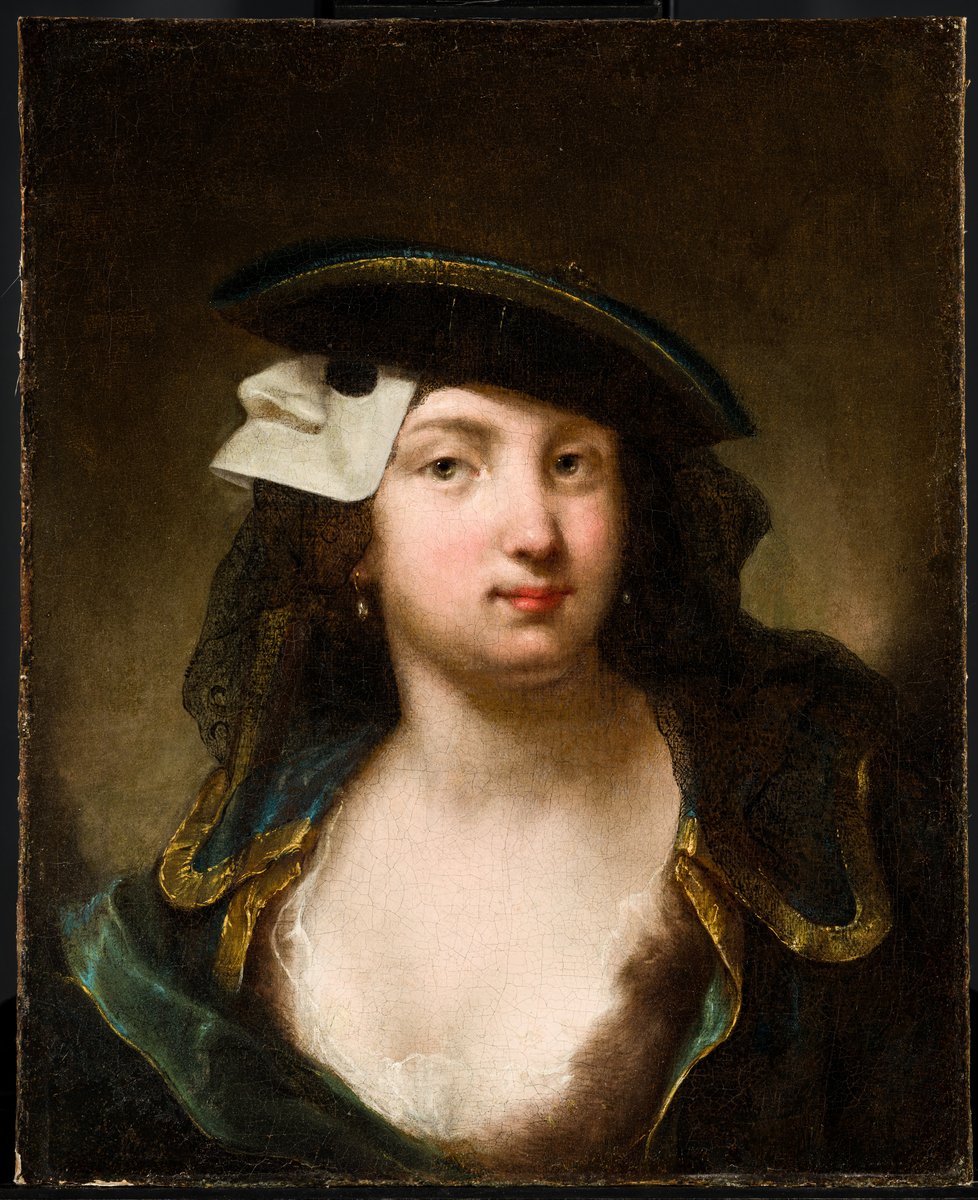 Lady with a Hat Alessandro Longhi 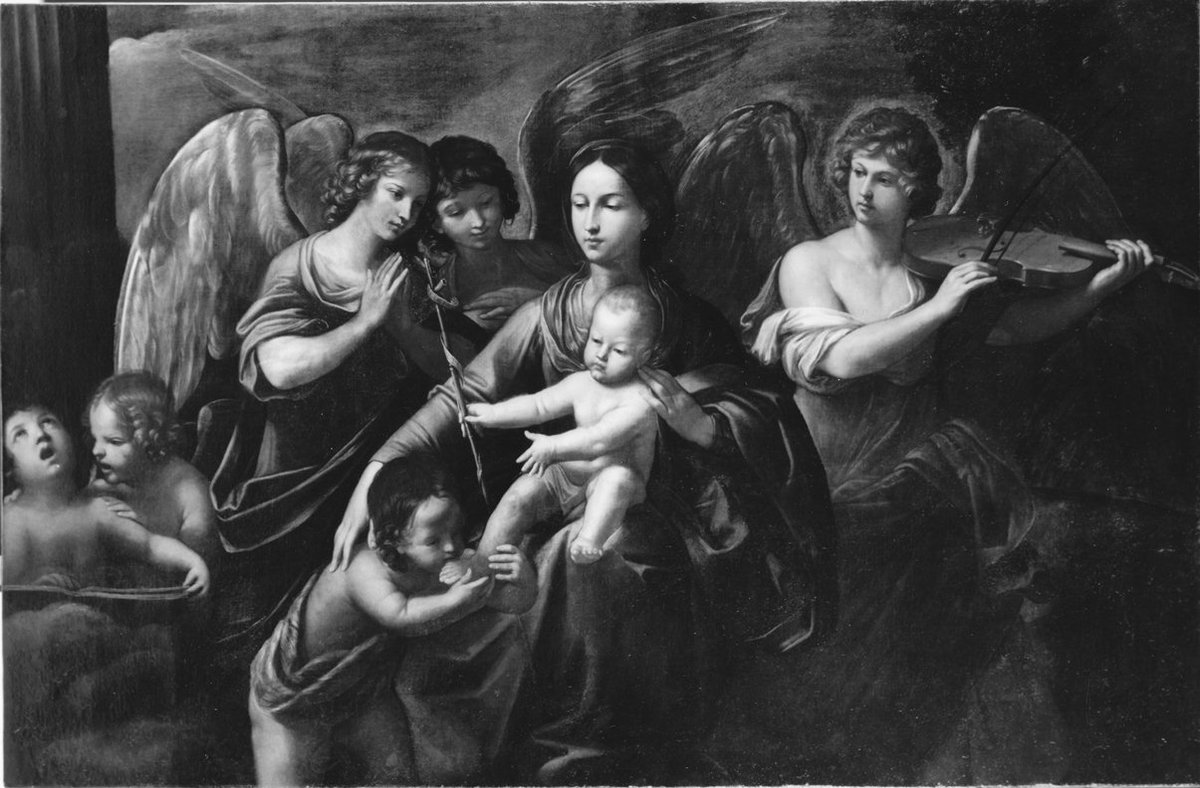 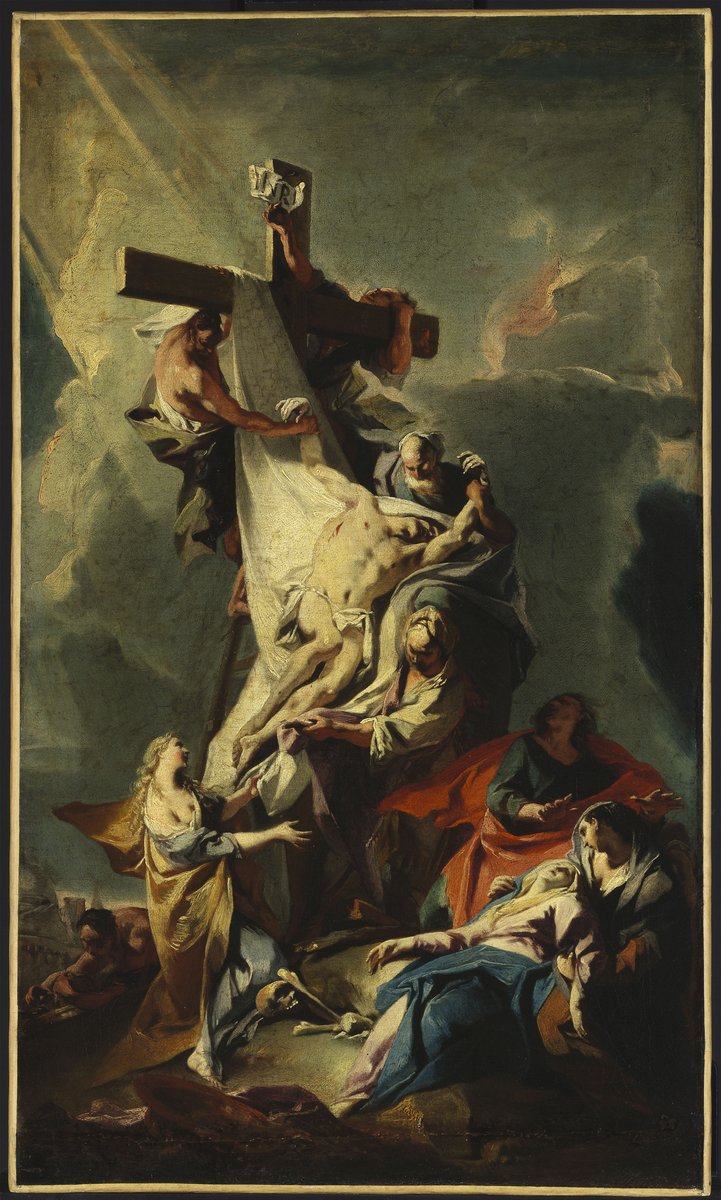 The Descent from the Cross Carlo Carlone 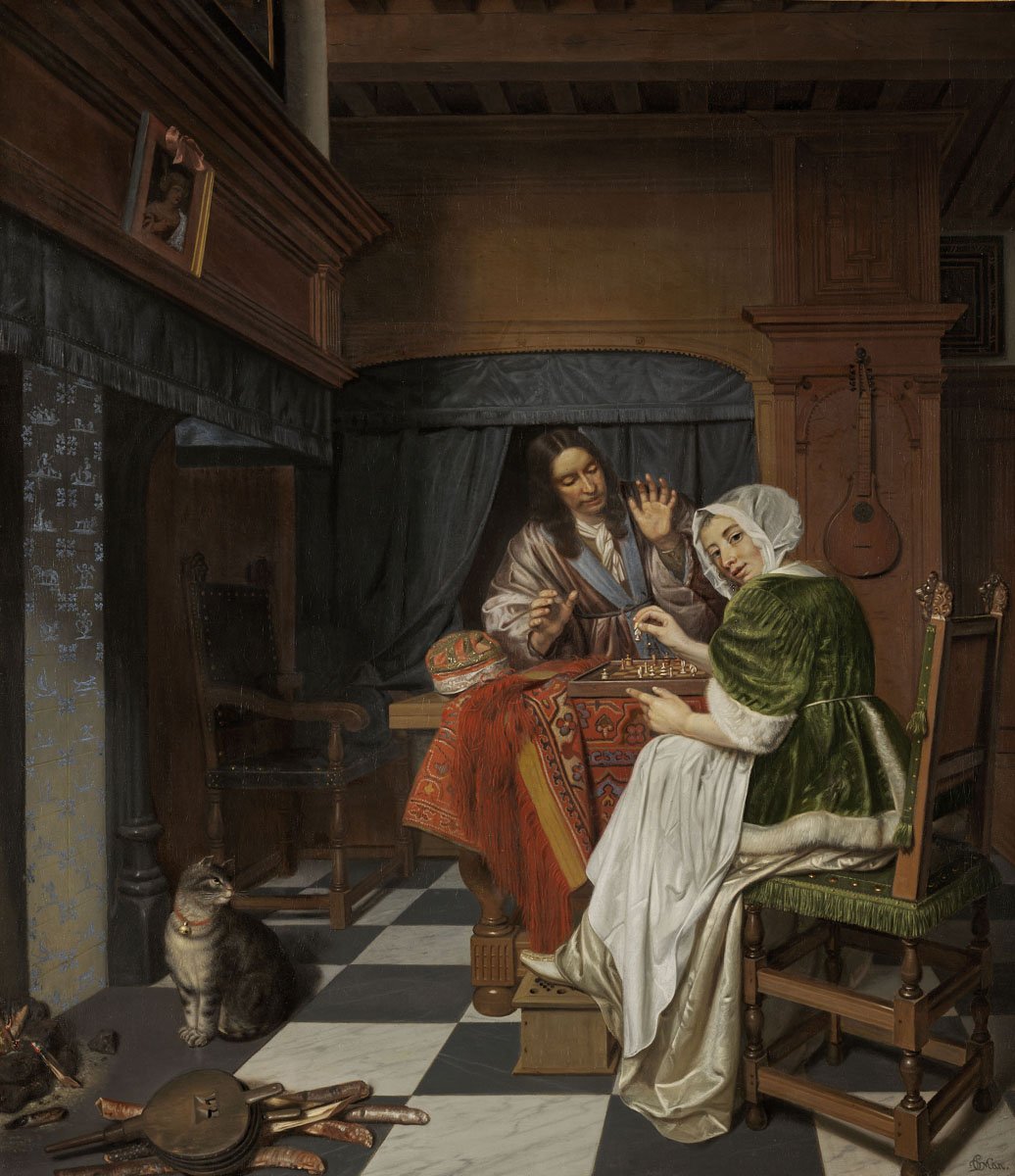 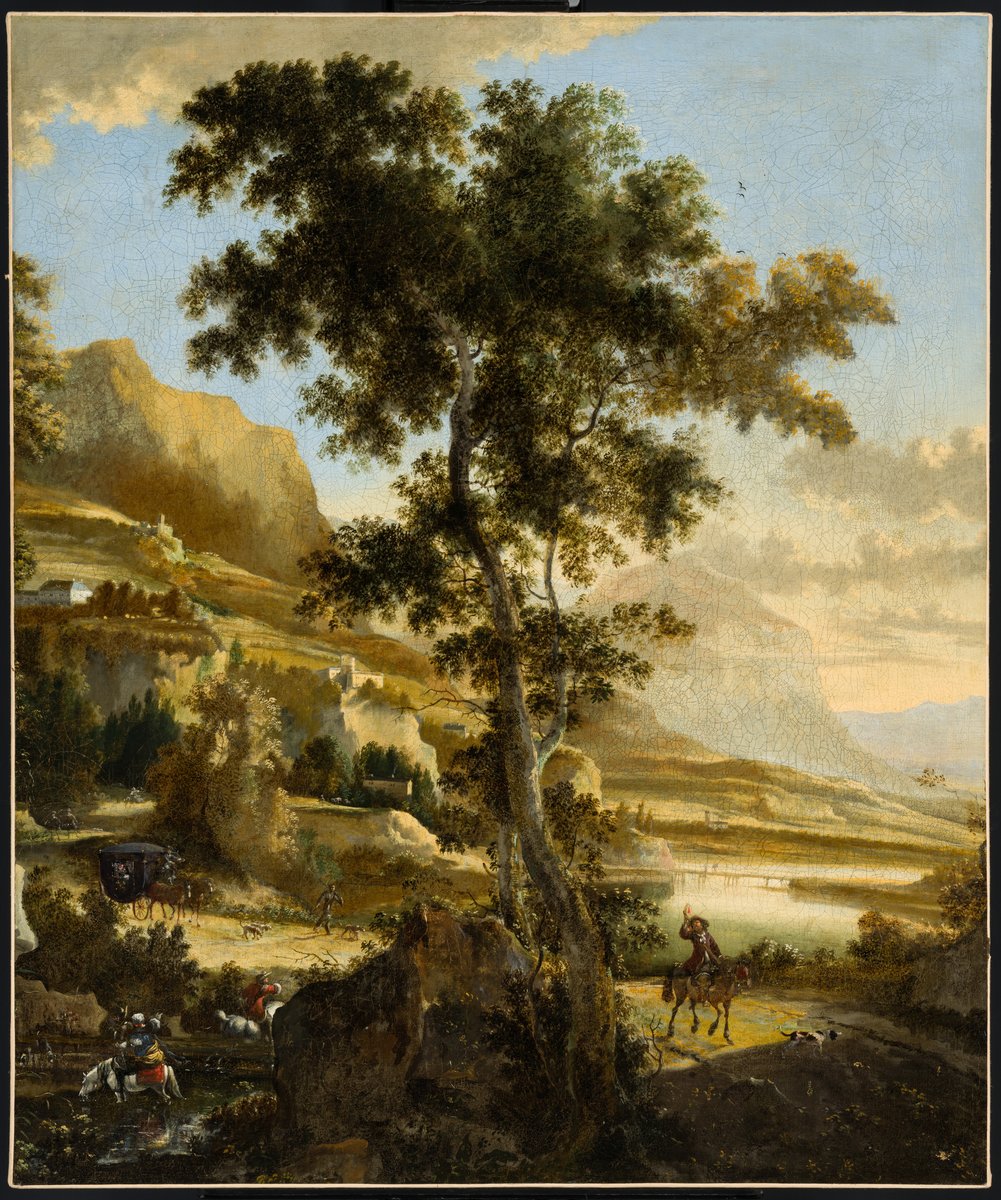 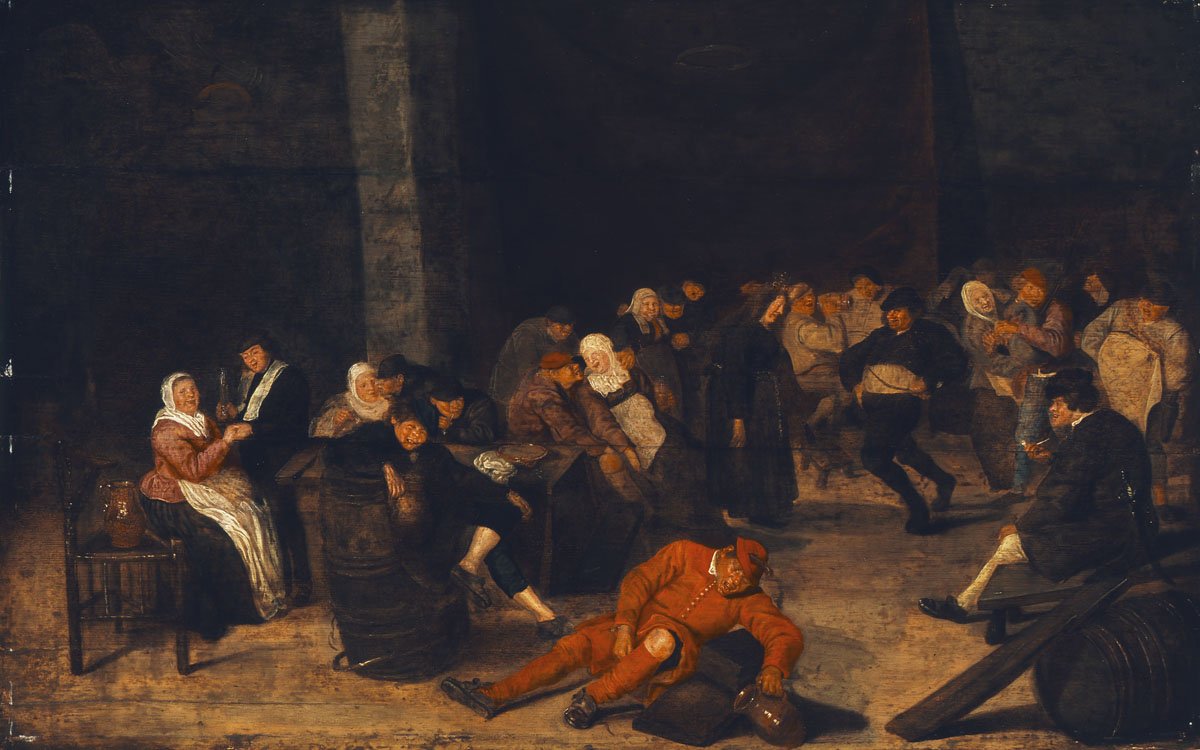 The Rest on the Flight into Egypt Peter Paul Rubens (copy)