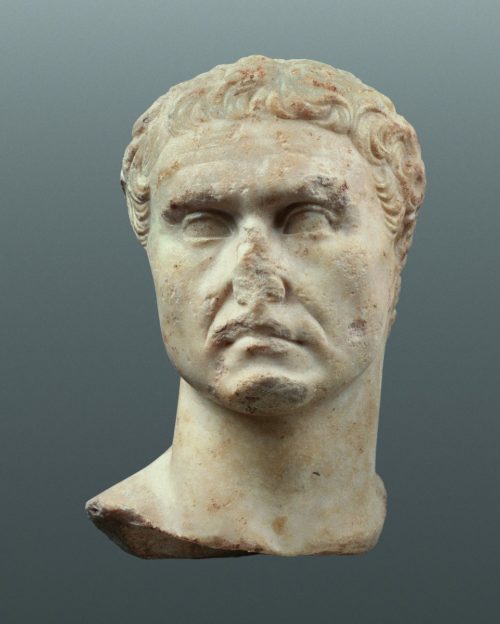 On the basis of its facial features, this work must be considered a Roman portrait, produced at the end of the republican period or in the Early Imperial Age. Several other likenesses of the individual are known, signalling his importance. Recently, on the basis of representations on coins, he has tentatively been identified as Mark Antony, a member of the triumvirate with Augustus and later his enemy, who committed suicide in Egypt in 30 B.C. after losing the battle of Actium. If this hypothesis is correct, the heroic and idealised facial features indicate not only the workshop traditions of Greece but also the requirements of the client. The statue was found in Patras, on the north-western coast of the Peloponnese, where Mark Antony had his general headquarters in the winter before the decisive engagement. The portrait or its prototype was probably produced at that time, in the third quarter of the 1st century B.C. 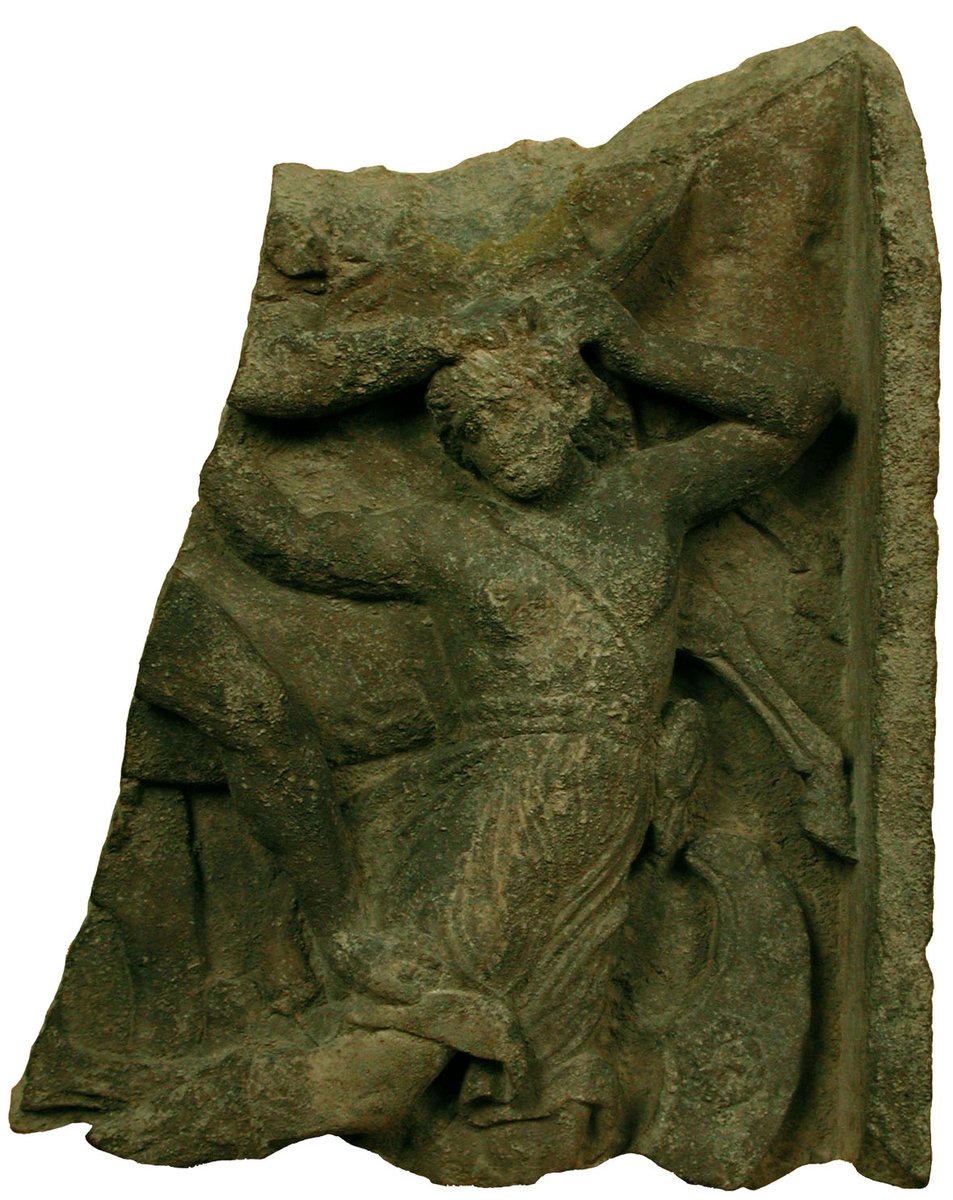 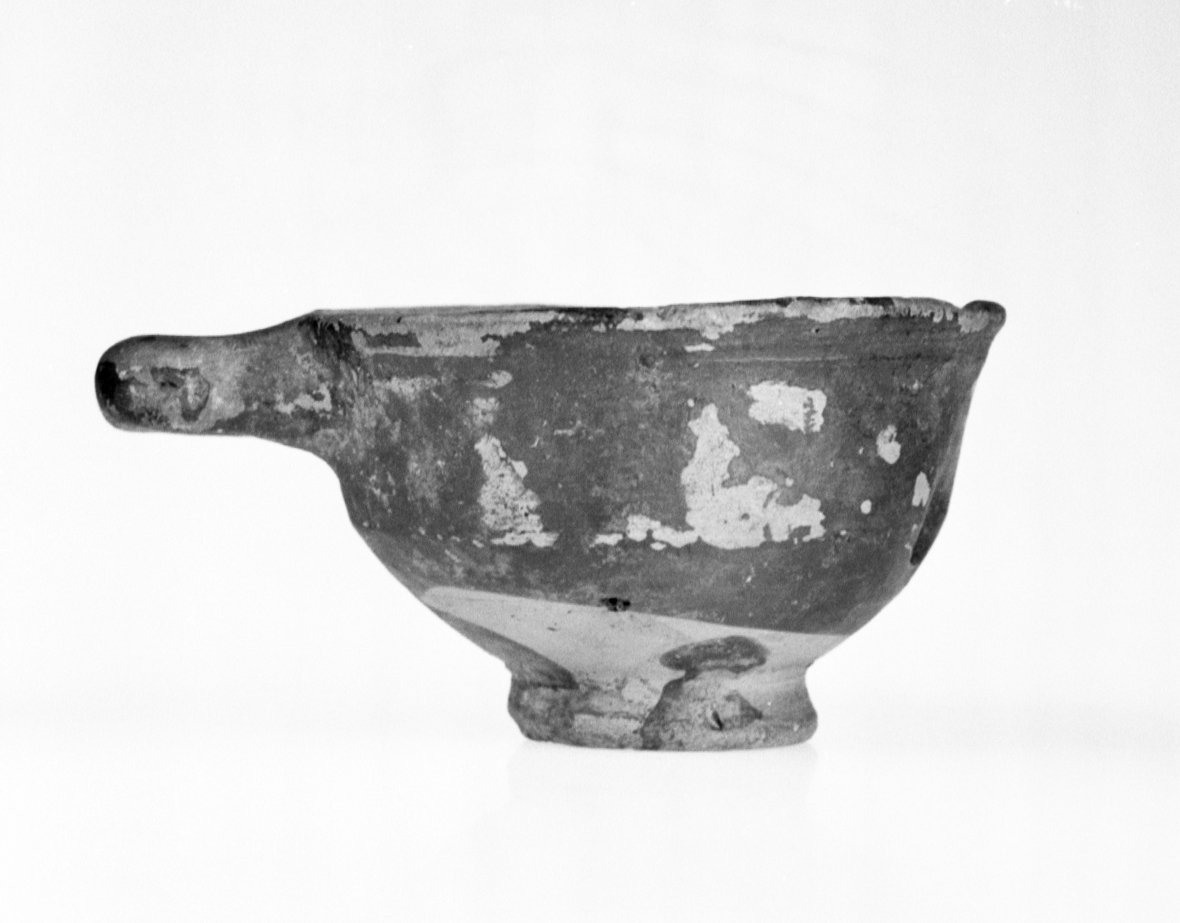 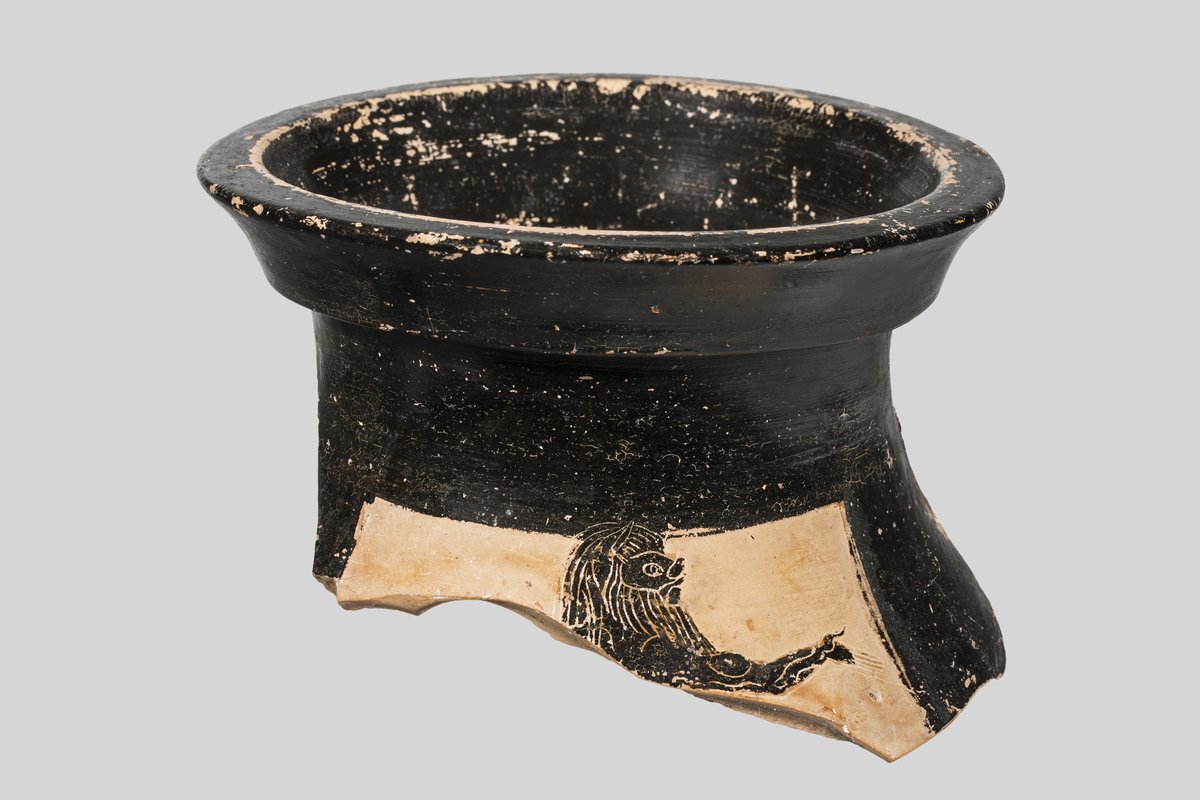 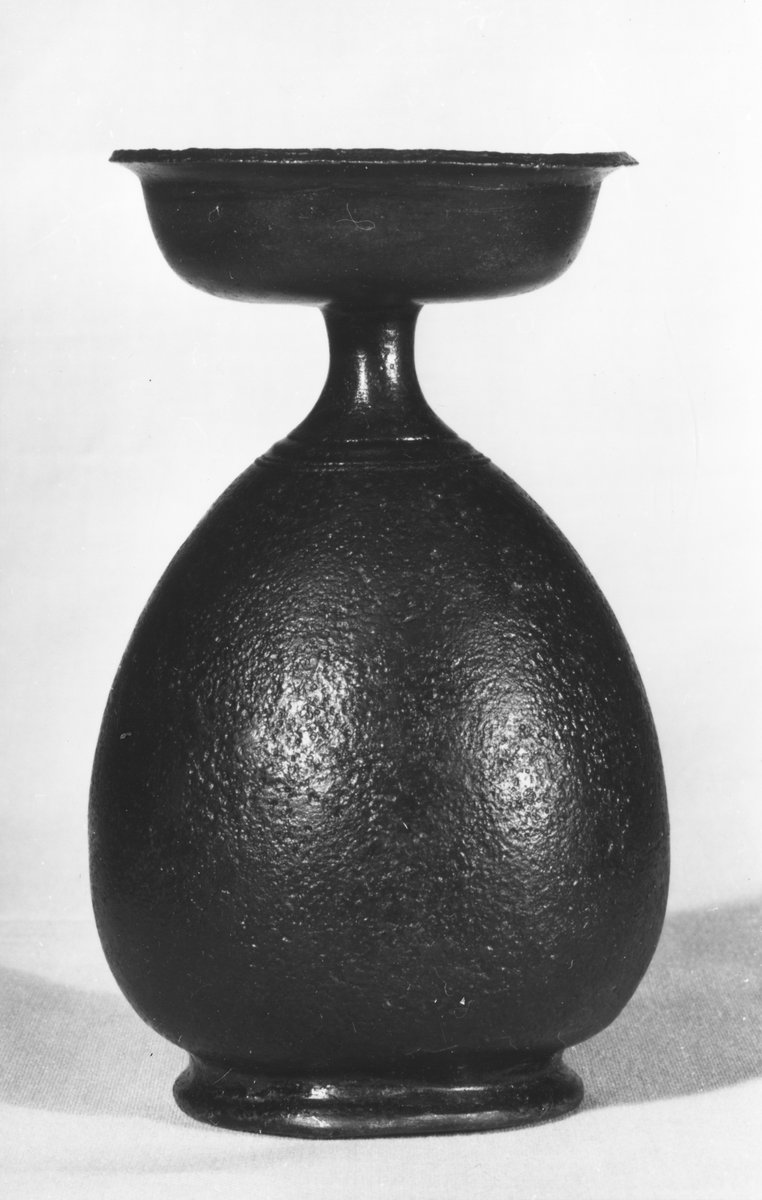 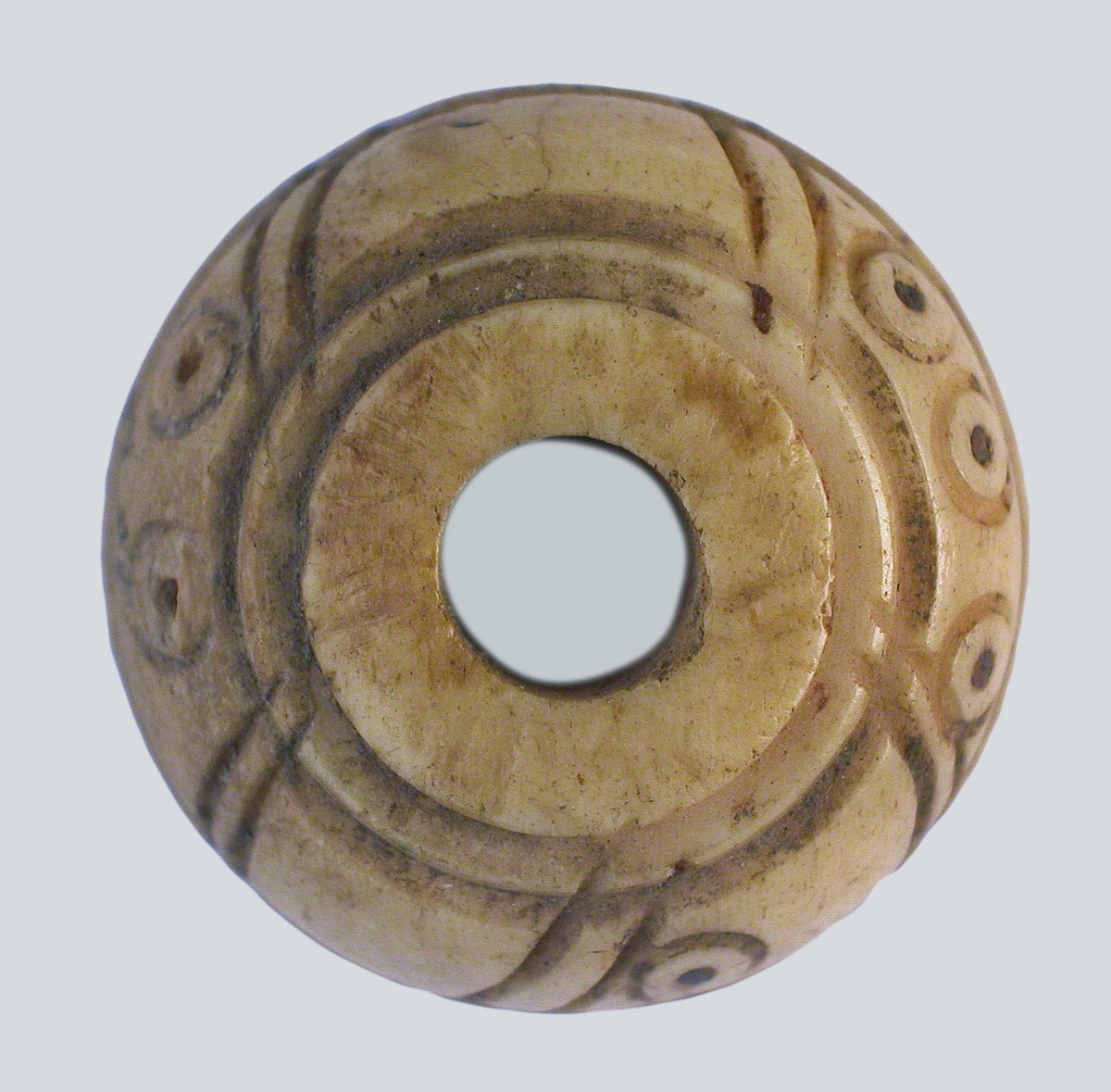 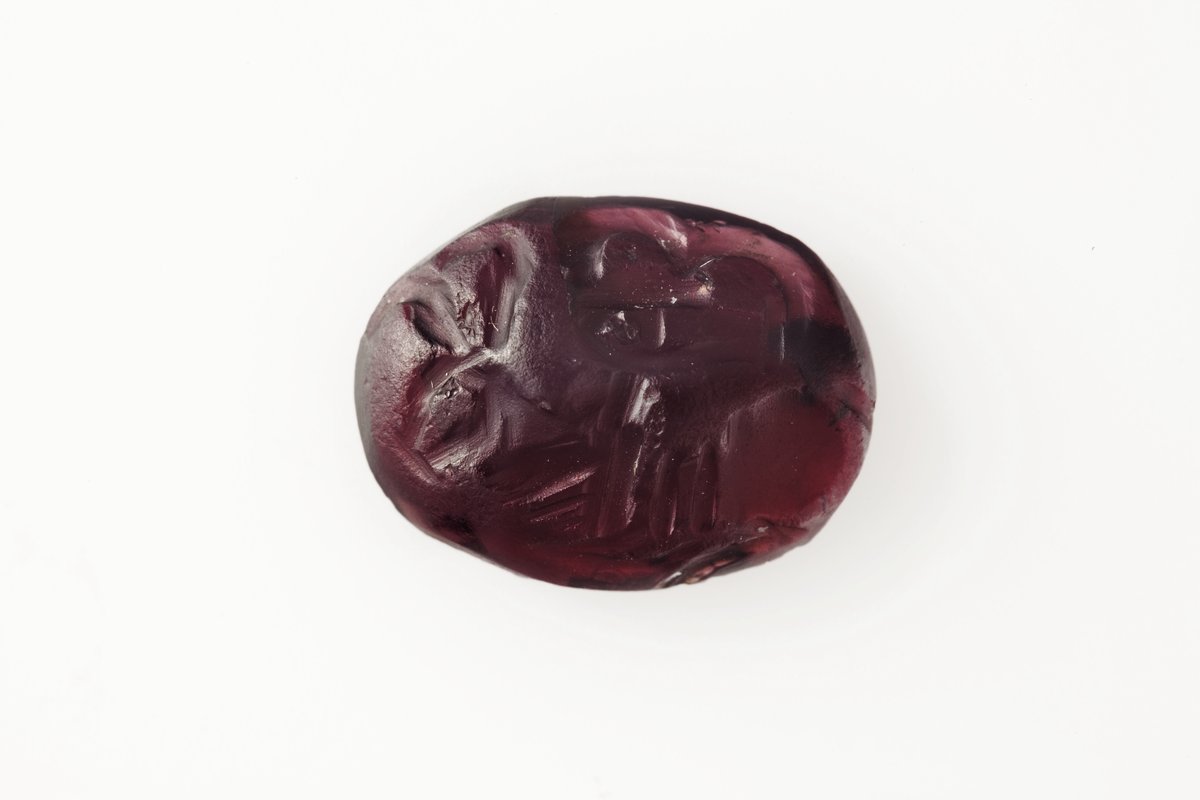 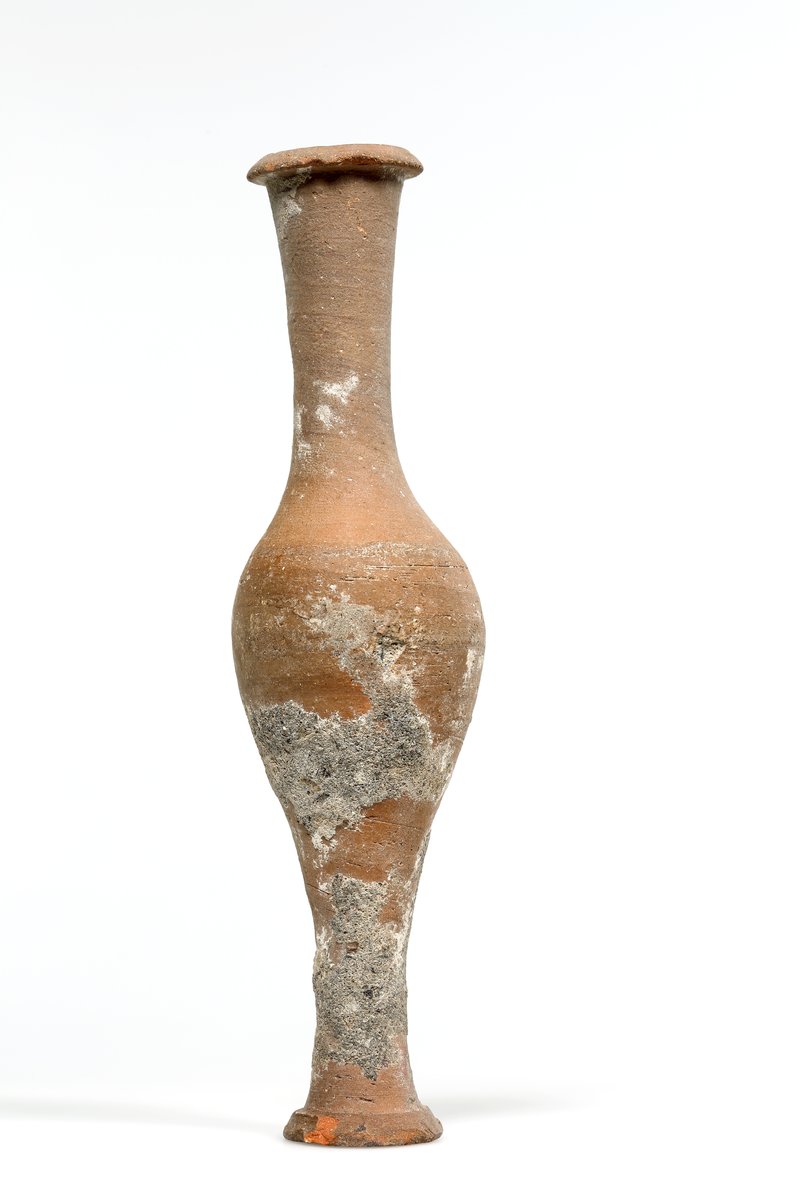 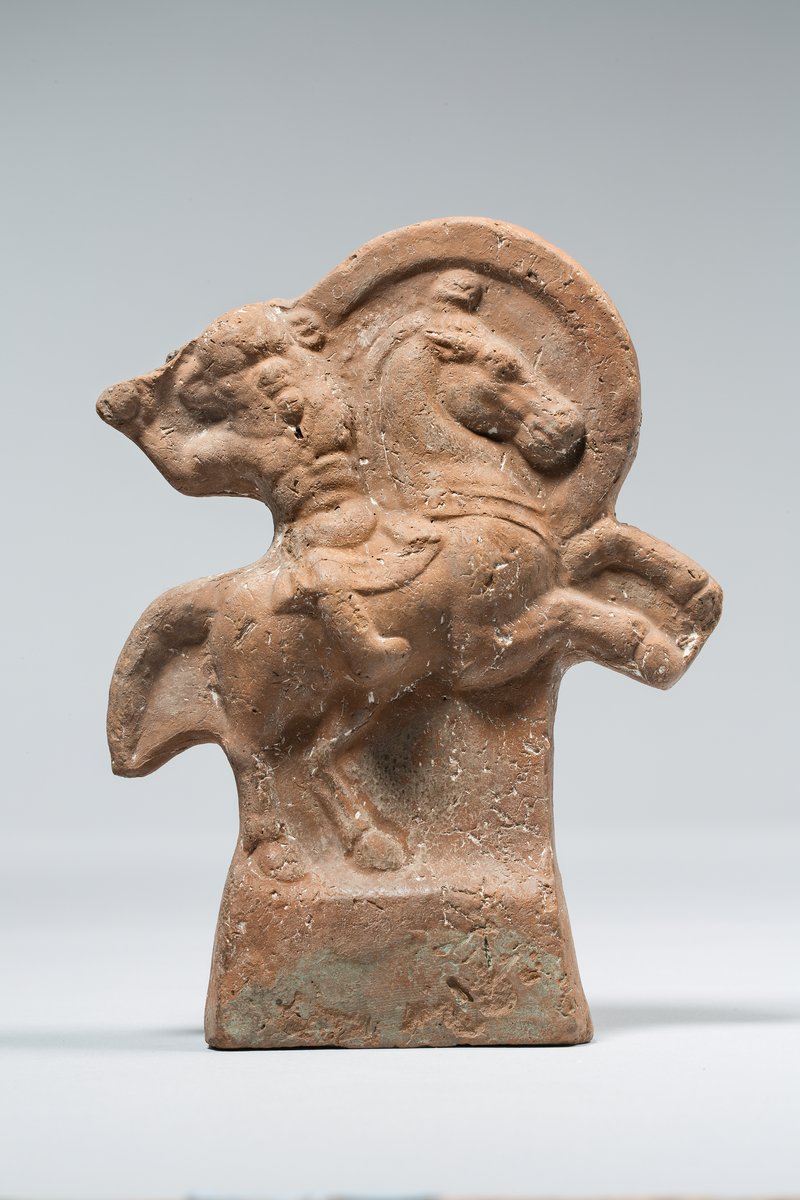