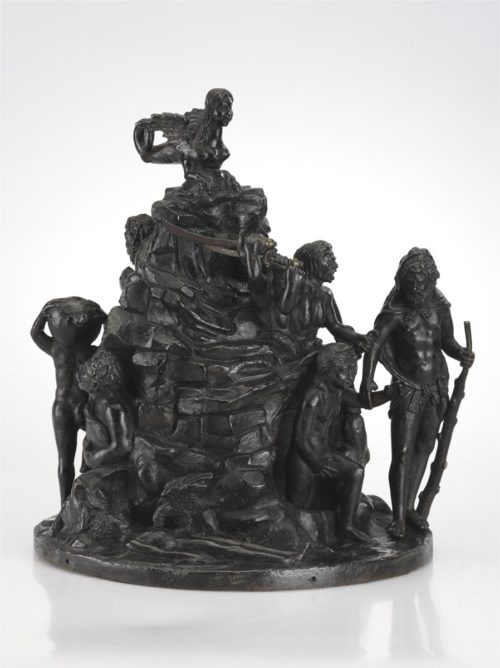 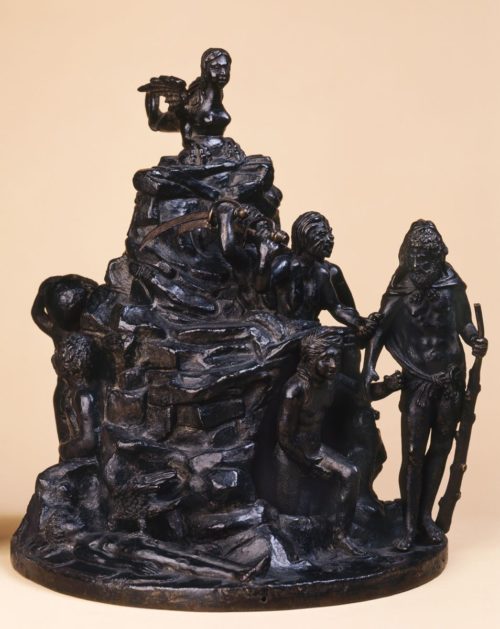 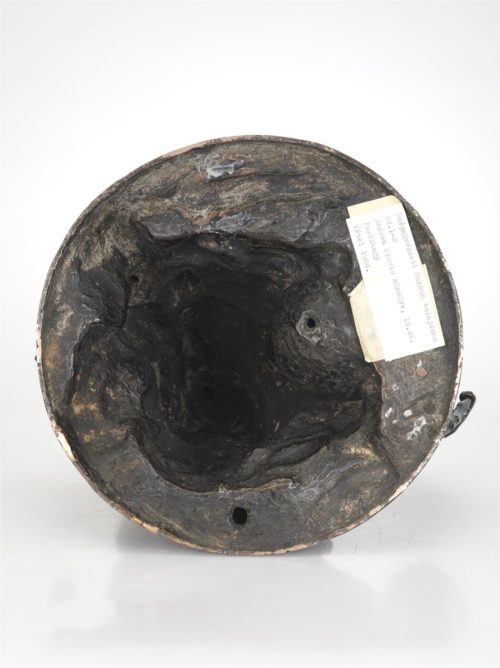 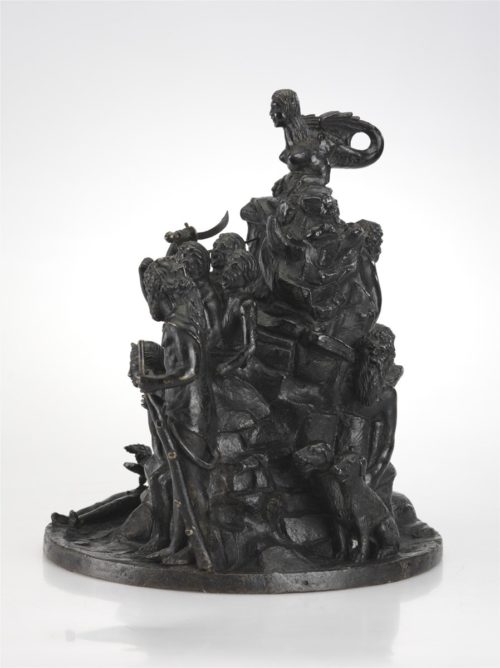 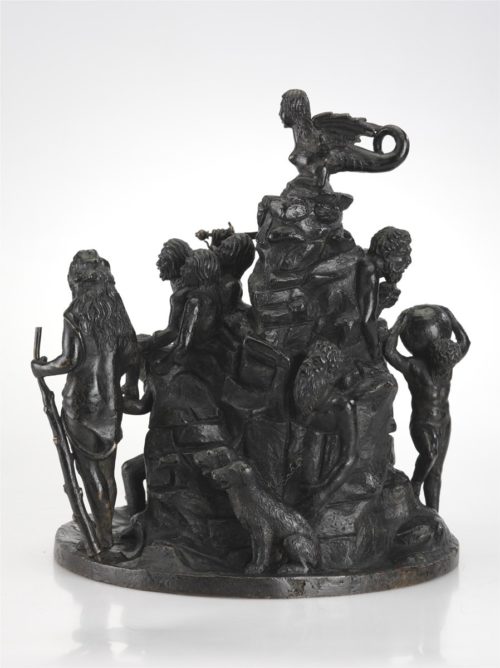 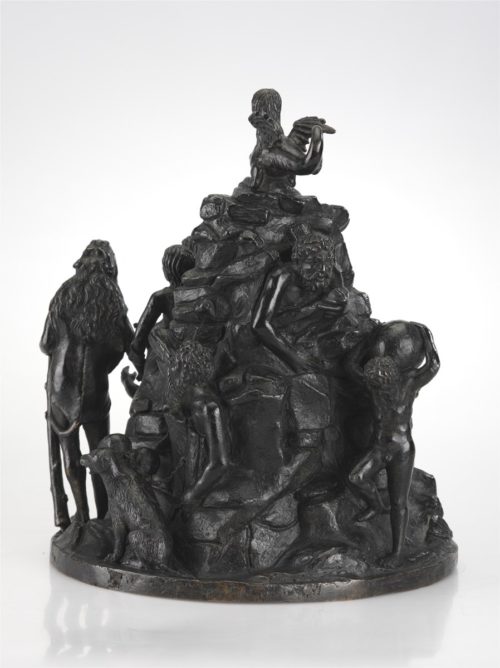 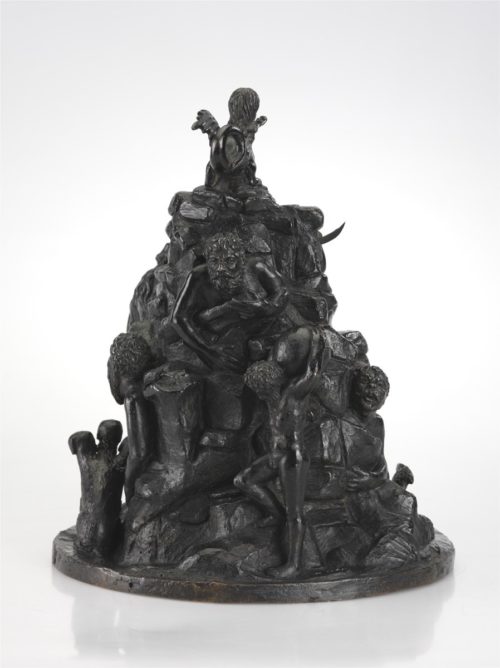 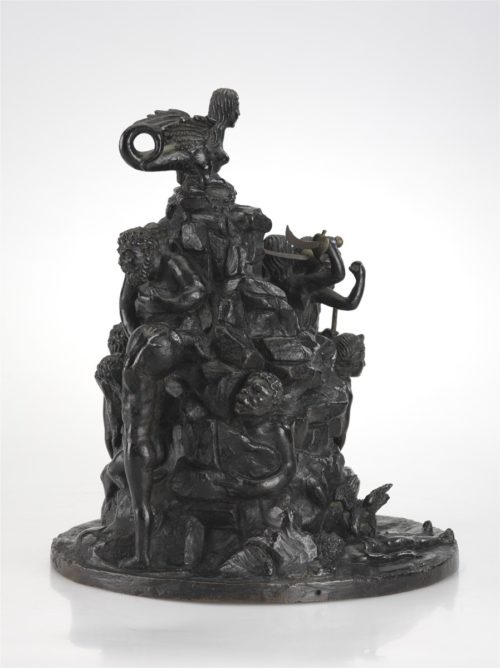 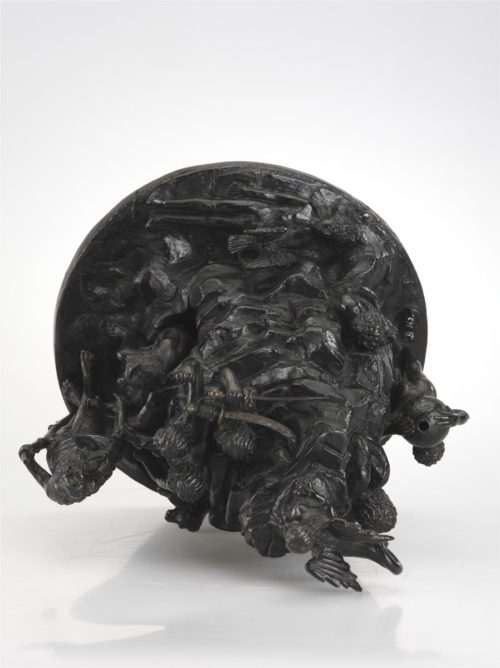 This small bronze was once used as the lid of a perfume burner, so on its smokey and dark interior cover the outlet holes can still be seen. Currently, five versions are known, and they are attributed to the Paduan sculptor and bronze caster Agostino Zoppo. After Zoppo’s death, four similar small bronzes were recorded in an inventory of his workshop. The statuette depicts a story known from antique
sources: Alcestis, a Greek princess who chose death in order to save her husband, but whom Heracles rescued from the underworld. The mountain above them was populated by the inhabitants of the underworld: the Erinyes, deities of vengeance, Hades, god of the underworld, and Cerberus, a threeheaded dog guarding the Gates of Hell. 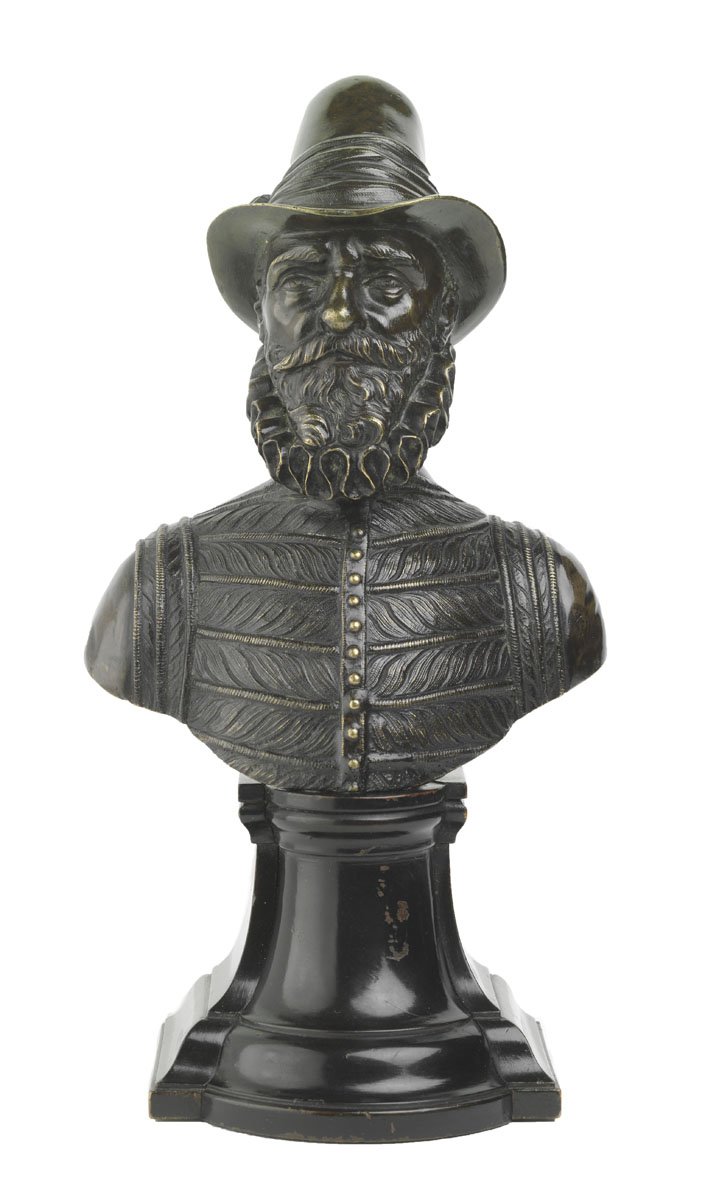 Man with a Hat Hendrick de Keyser I 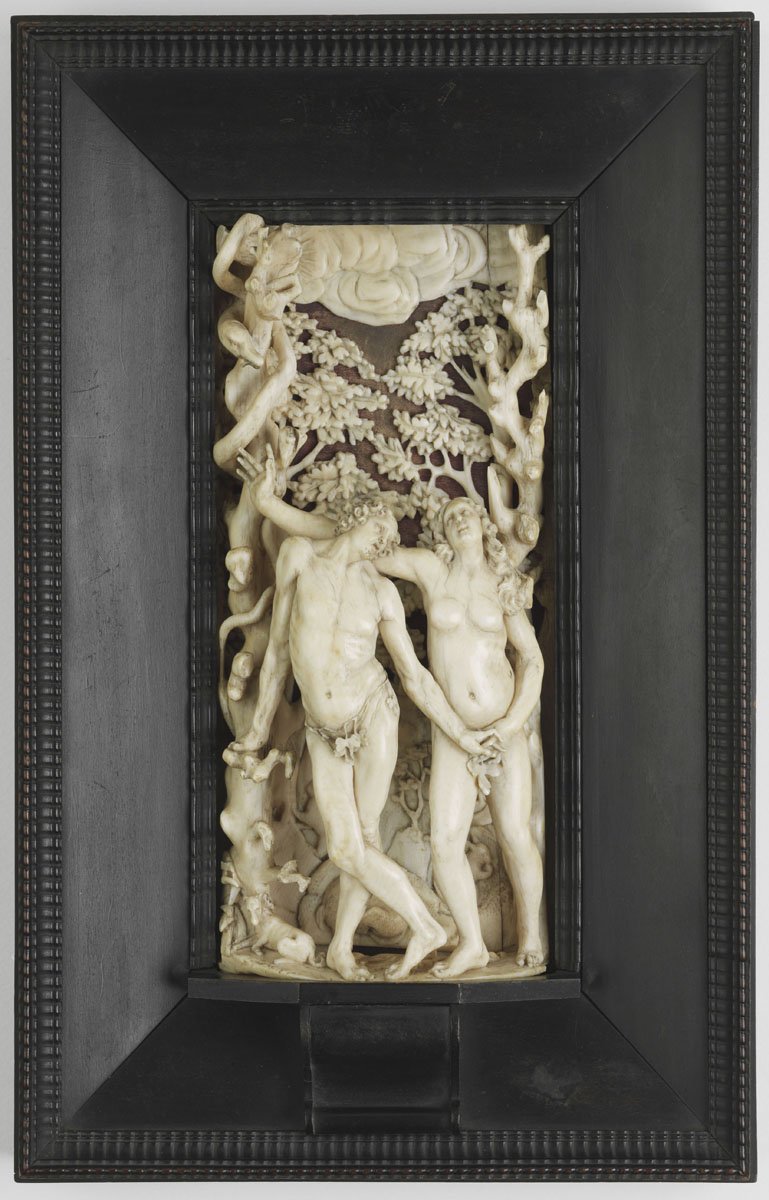 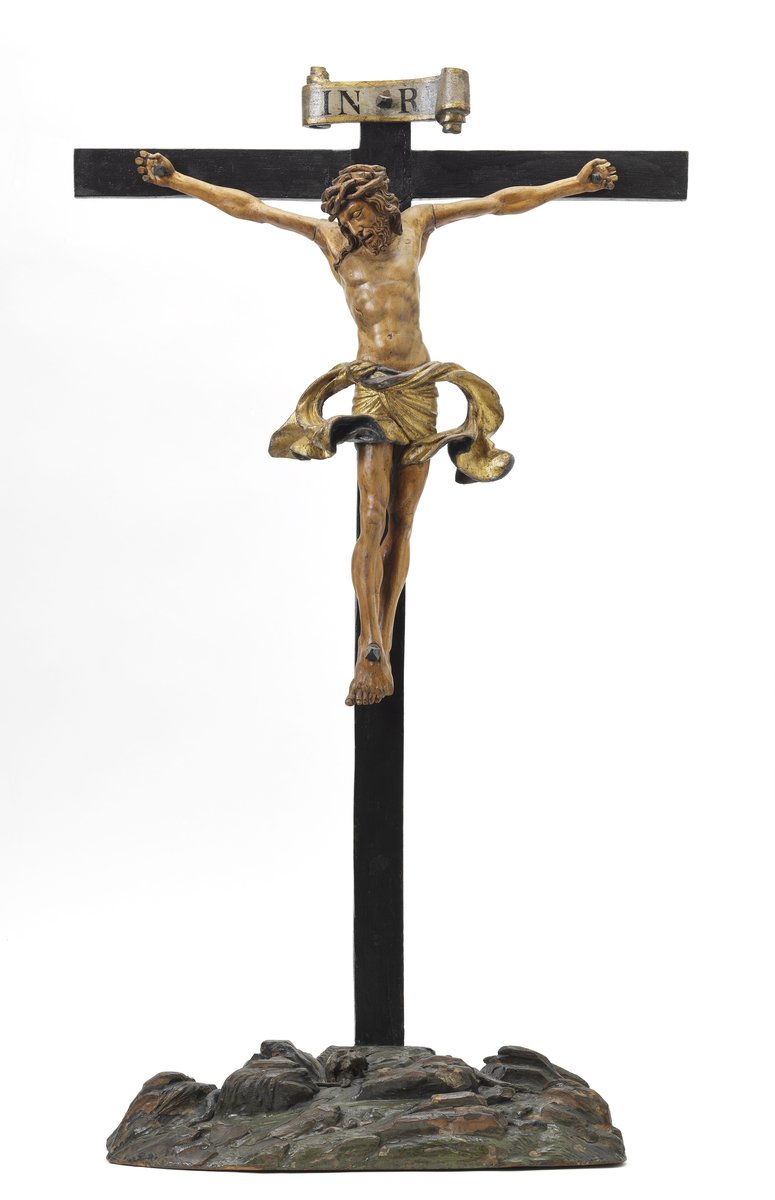 Crucifix Sculptor of Nuremberg or the Central Rhine 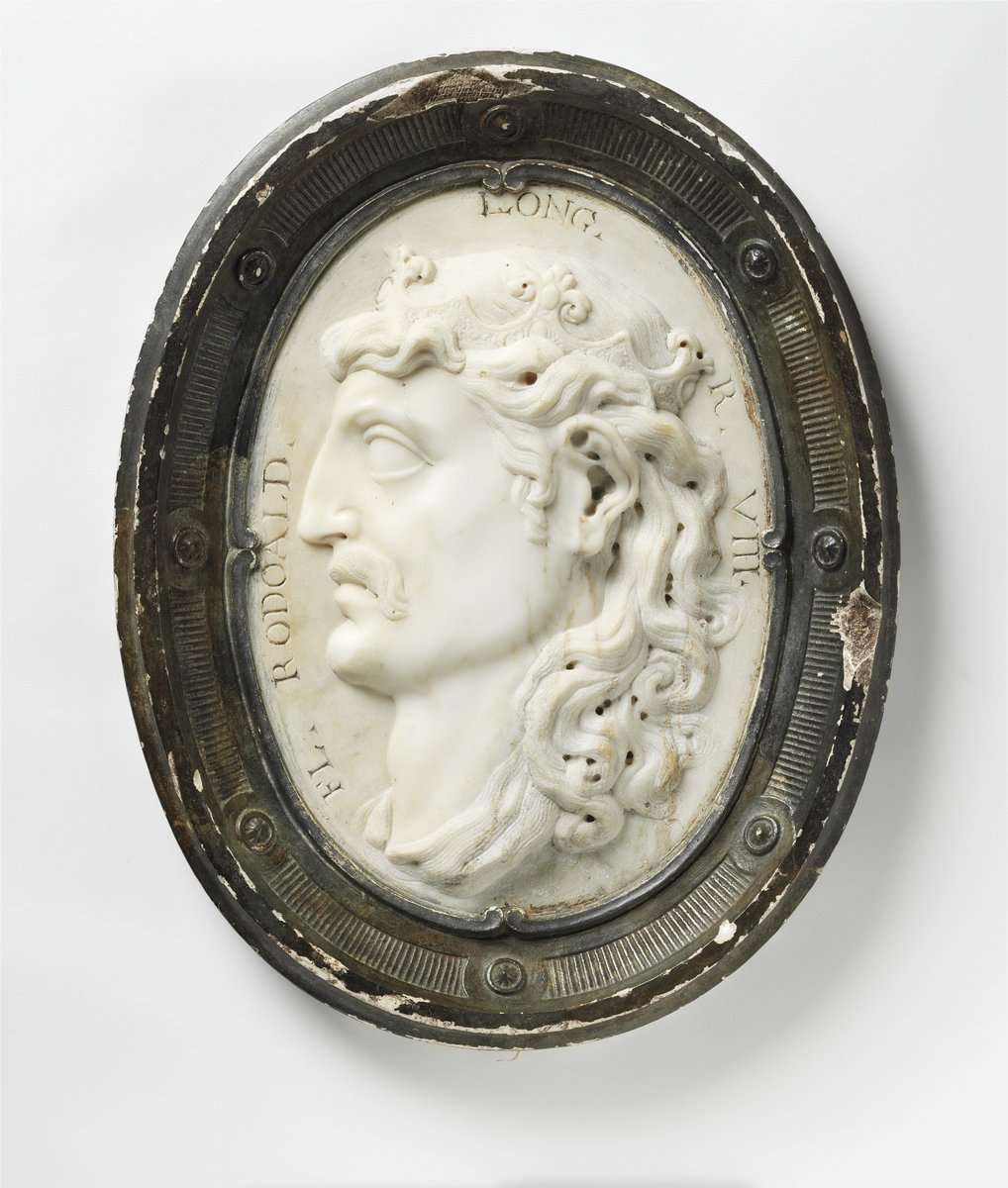 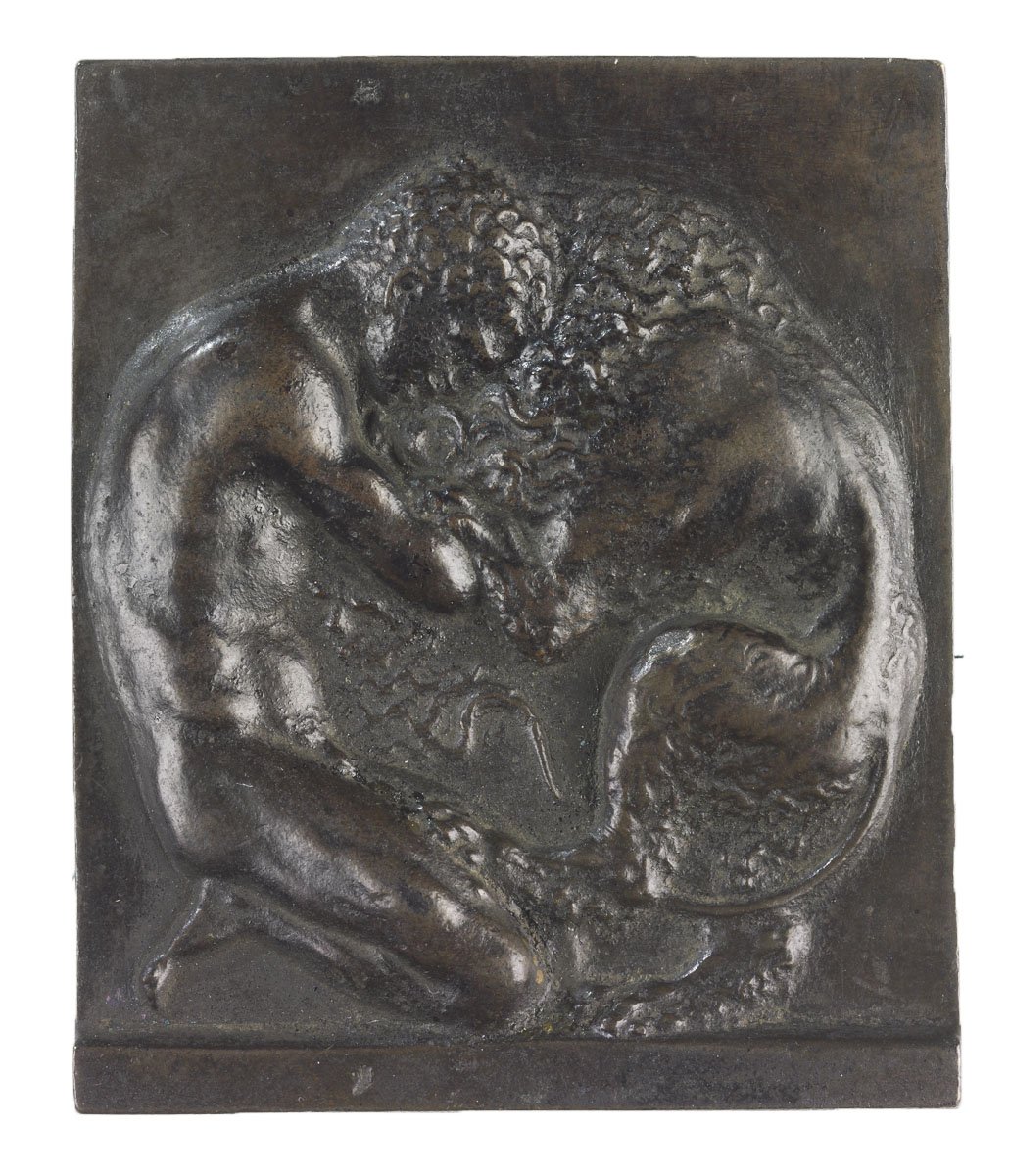 Herkules and the Nemean Lion Moderno 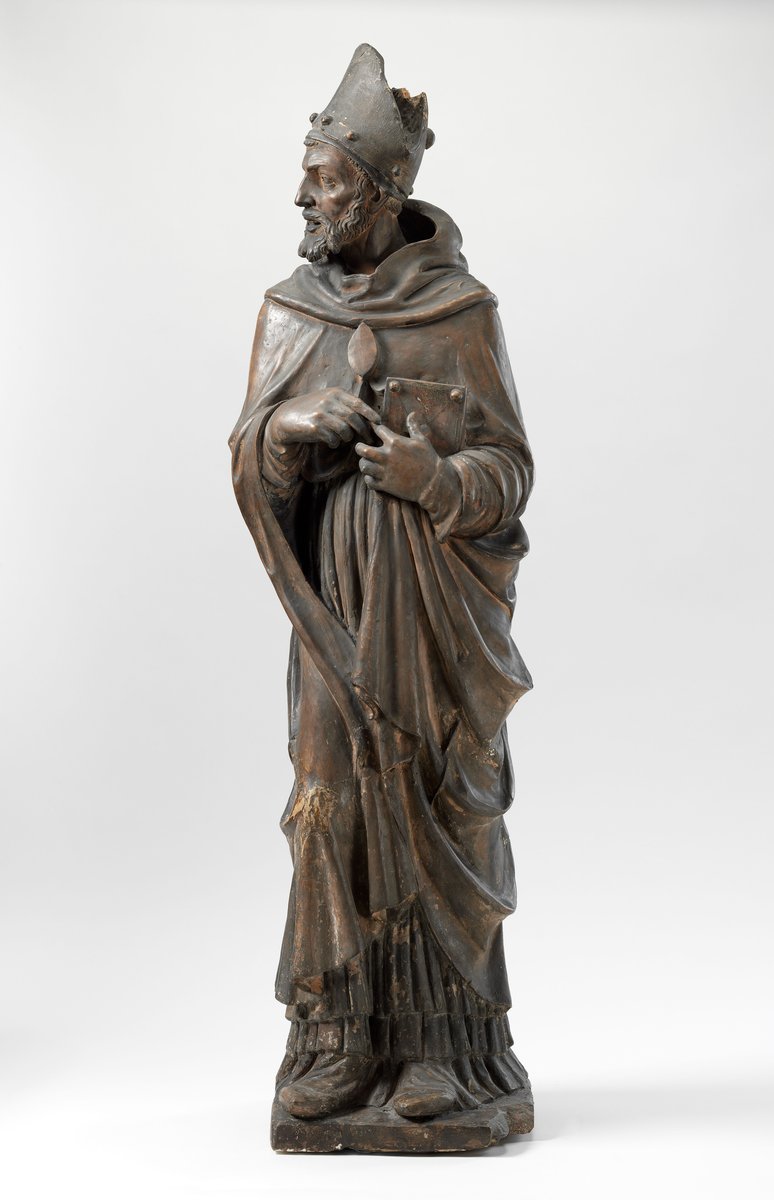 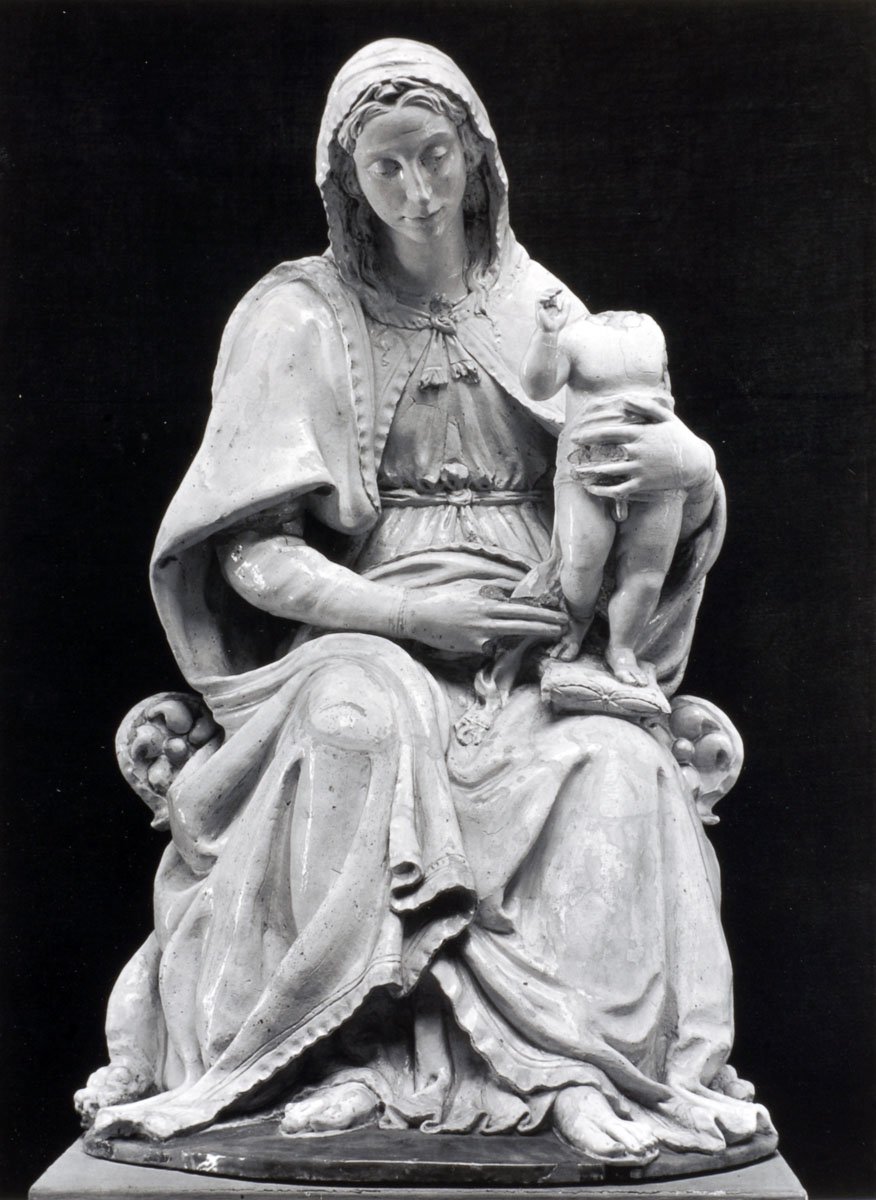 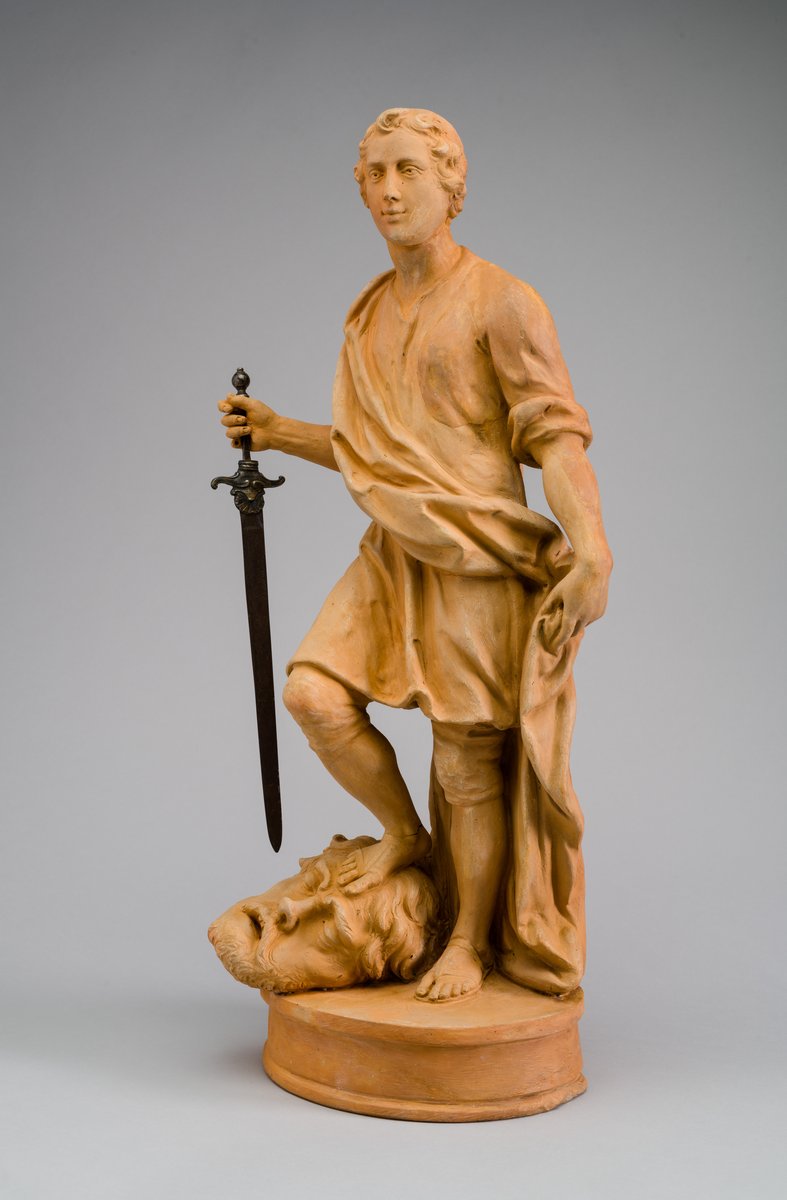