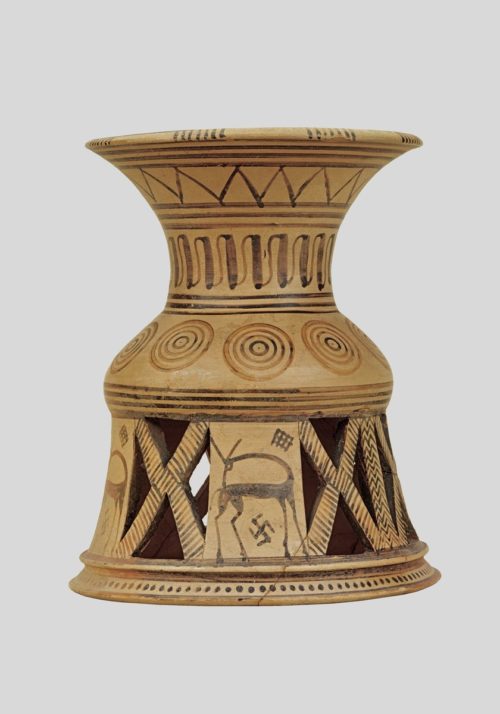 Based on the colour of its clay, as well as on its shape and painted decoration, the origin of this vase can be determined with a high degree of certainty. Such vessel stands were made mainly of bronze in Greek and Near Eastern cultures, and of clay in Italy, and had an upper part to accommodate round-bottom vessels and a lower part made suitable for cooking or boiling by windows cut out. However, there is no sign of such use on the Budapest piece, which was clearly intended to be taken straight to the grave.
The same holds true for the only other similar vessel stand known of, discovered in a highly fragmentary condition in a tomb in the Casale del Fosso necropolis, one of the cemeteries around Veii, which constituted the largest Etruscan centre in the area bordered by the Tiber and the Arno. The intact Budapest vessel and the fragmentary one in the Villa Giulia in Rome were painted by the same hand; the artist, no other examples of whose work are known, may thus be referred to as the Casale del Fosso Painter after the location where the Veii piece was found. The objects accompanying the fragmentary vessel stand, and the full archaeological record of the cemetery show that the Casale del Fosso Painter must have worked in the years 740–720 B.C. This means that the two objects he decorated are among the earliest known examples of Etruscan figural vase painting. Their significance, however, is far greater.
On the completely intact Budapest piece, the figures – both the deer and the decorative motifs – bear features of the geometric style typical of the Greek vase painting of the time. The affinity of the decoration can be determined even more precisely: among the contemporaneous centres of Greek pottery, it was on the island of Euboea off the Greek coast that similar motifs were used, following largely Attic prototypes, for decorating vessels. Particularly characteristic are the concentric circles painted with a four-branched compass brush and the ribbon decoration on the neck. The figures of the deer, set out in profile with necks turned back, are representative of the Cesnola Painter’s school, the leading master of Euboean geometric vase painting.
The decoration of the stands is thus undoubtedly the work of a Greek artist. However, the shape of the vessels, unknown in Greek pottery, constitutes a natural development of similar, but unpainted examples produced locally, mostly in the workshops of Latium, south of Rome. The encounter between two traditions of different origins on these vases suggests that they were produced by an immigrant Greek artist. The Euboeans were the first to found a Greek settlement in Italy, in the Bay of Naples, on the present-day island of Ischia. They established links with the Etruscans almost on their arrival, mostly tempted by their ore reserves, with Greek artists settling in the wealthiest Etruscan centres. Here they naturally attempted to adapt their works to the customers’ demands, while retaining their own artistic features. One of the earliest manifestations of the encounter between Greek and Etruscan culture and their mutual acculturation is the Budapest vase of the Casale del Fosso Painter. 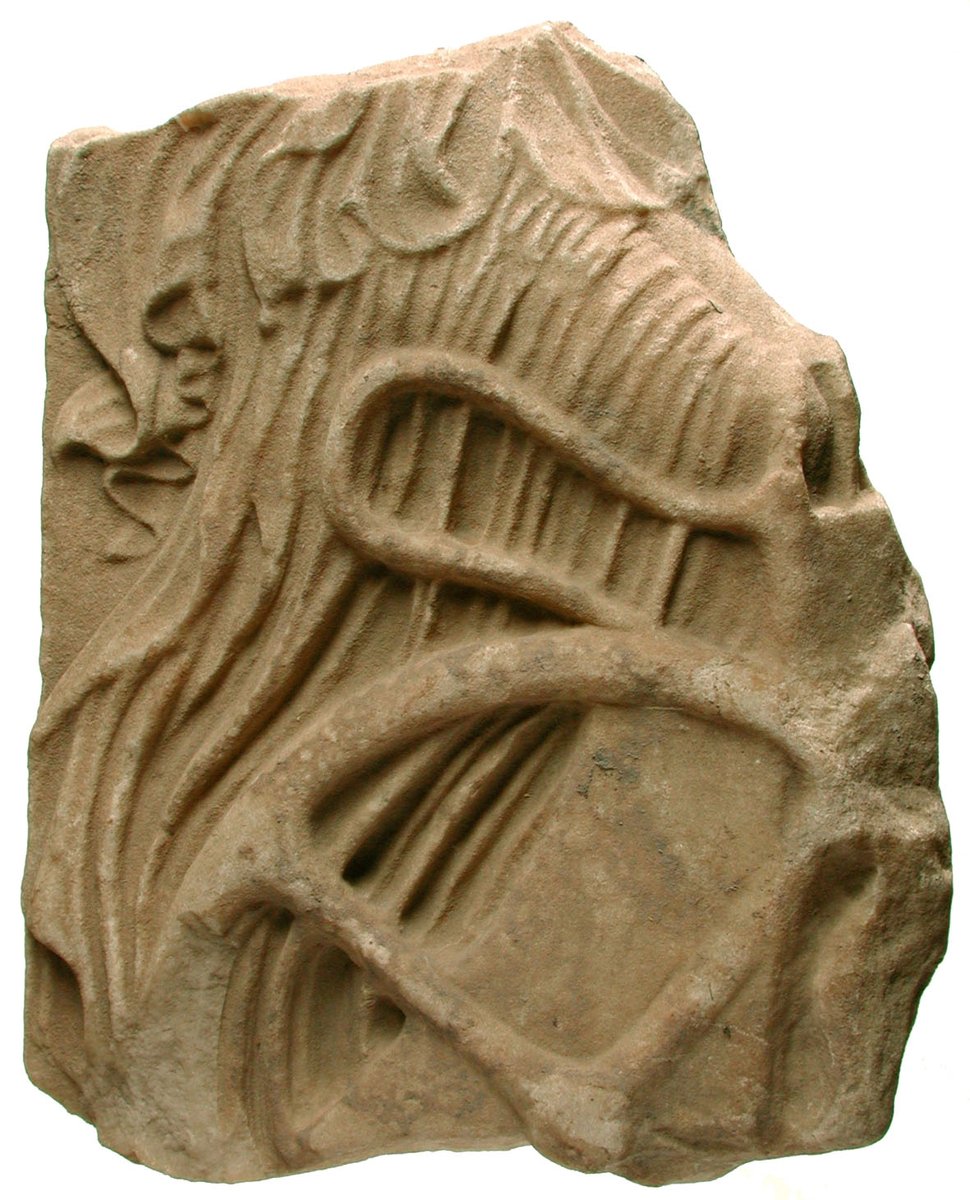 Fragment of a relief: Eos driving a chariot 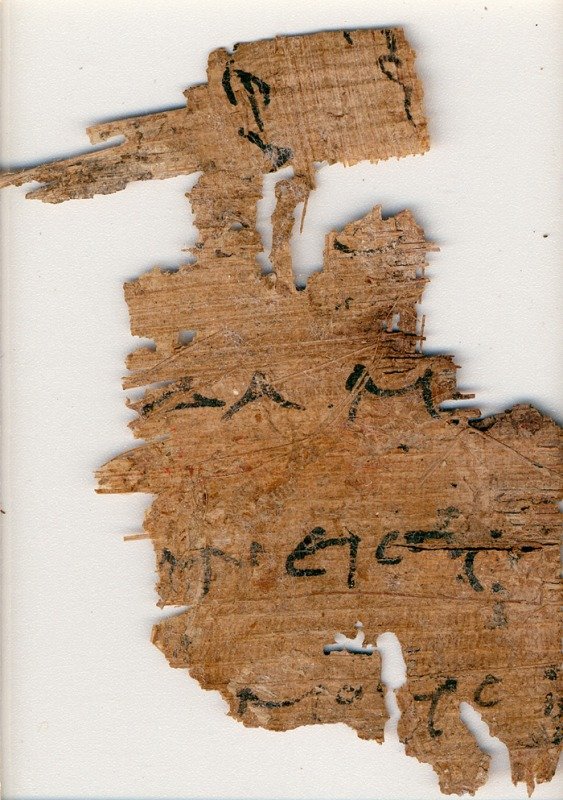 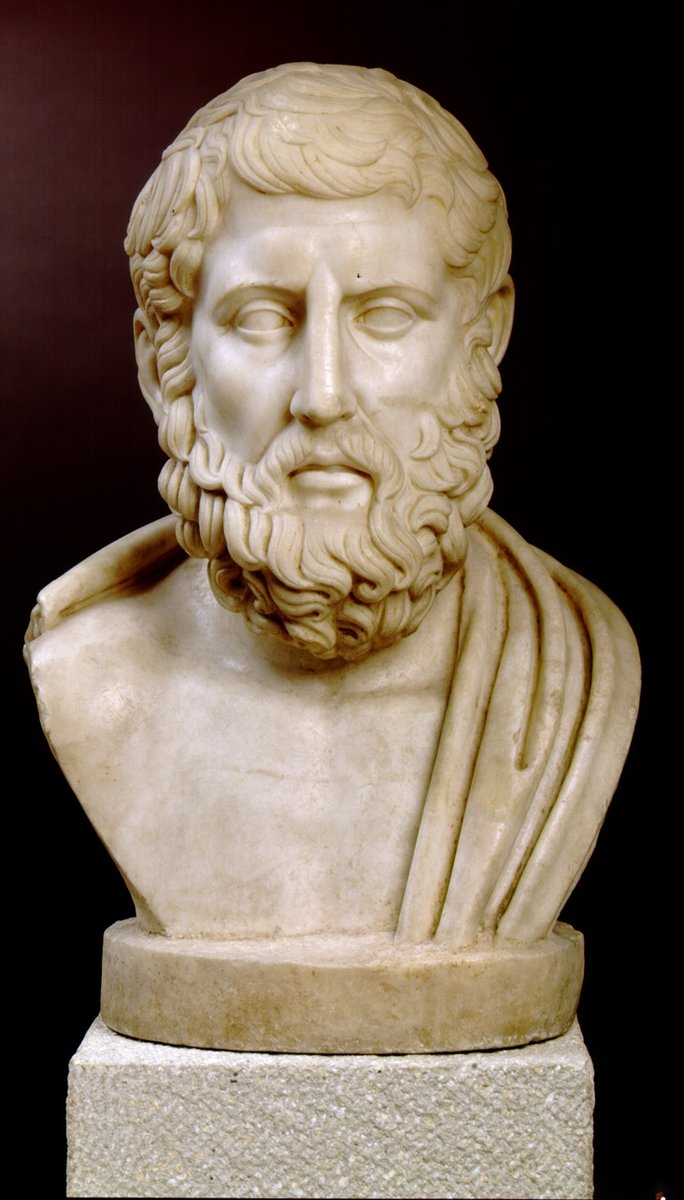 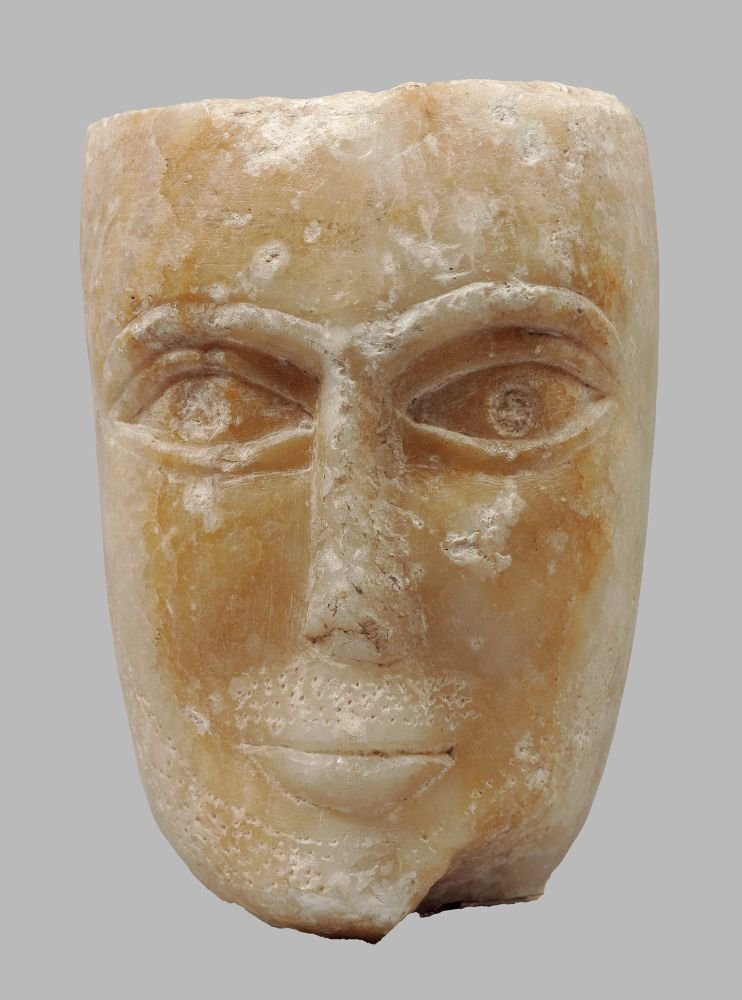 South Arabian Statue Representing the Head of a Man 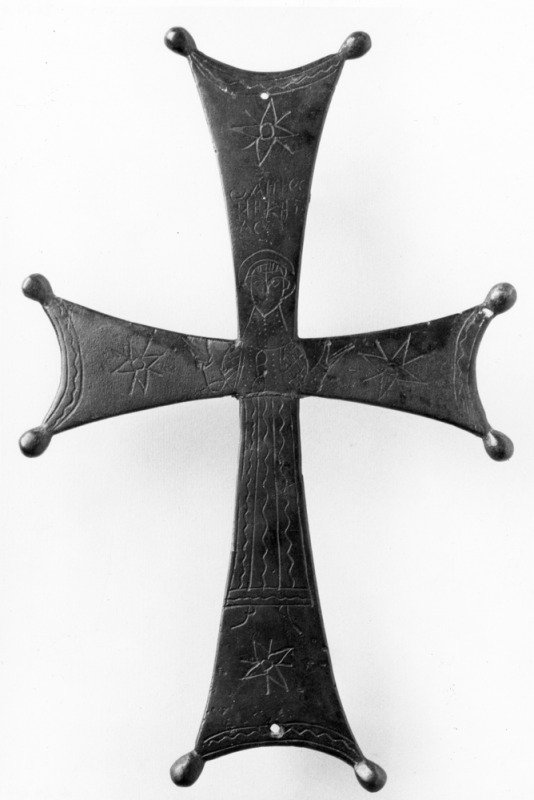 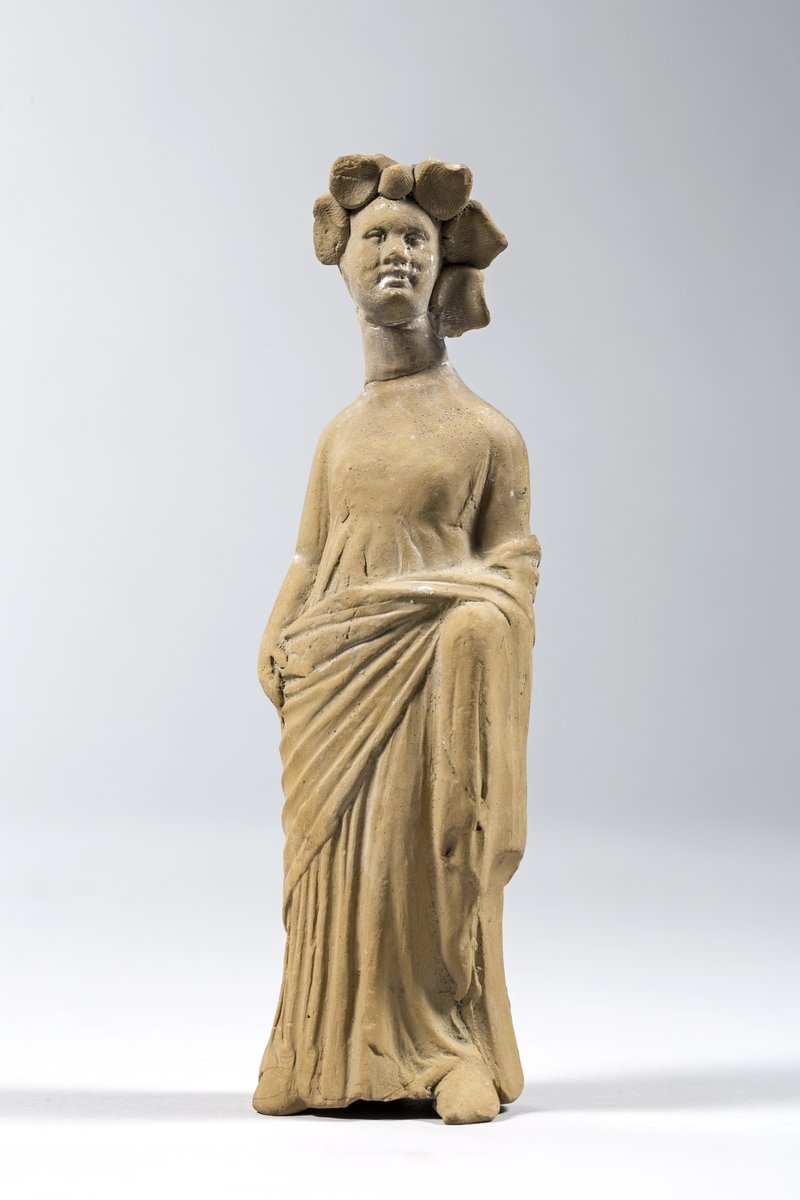 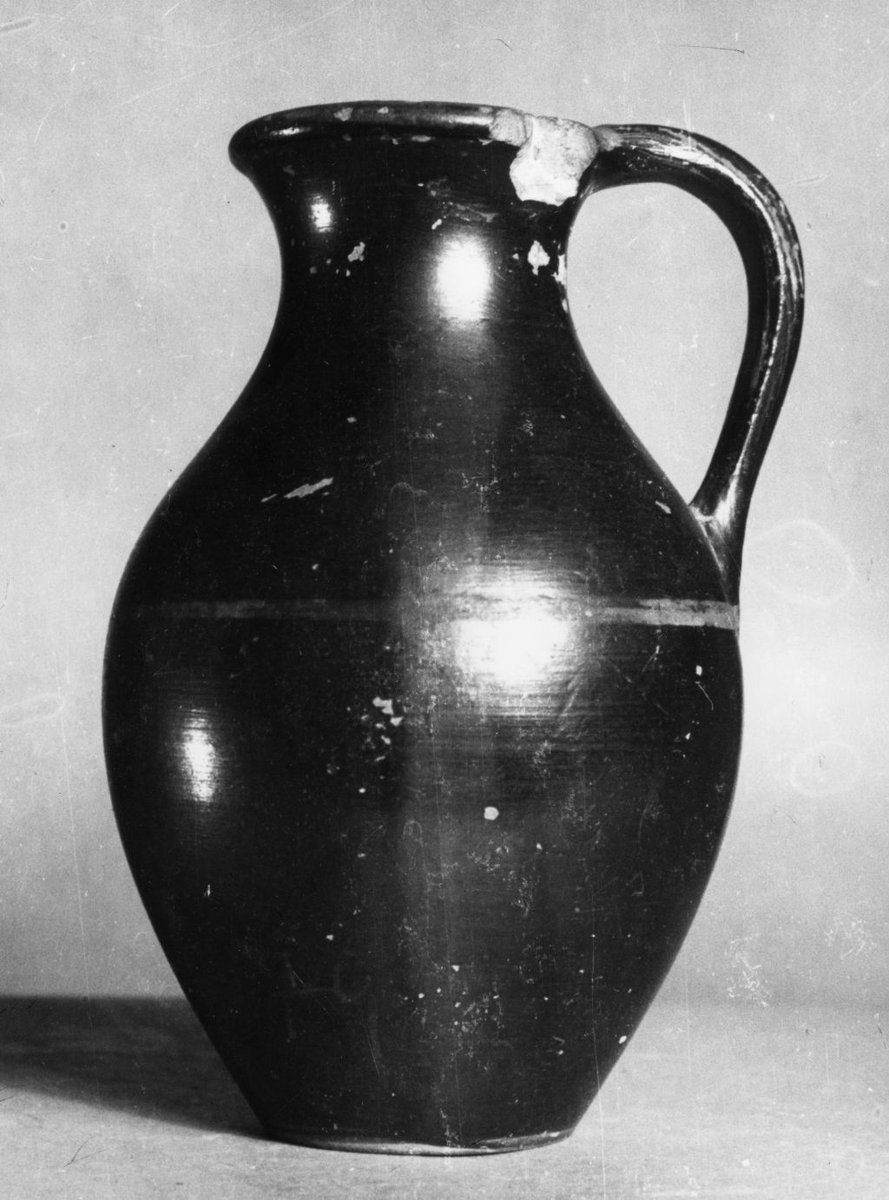 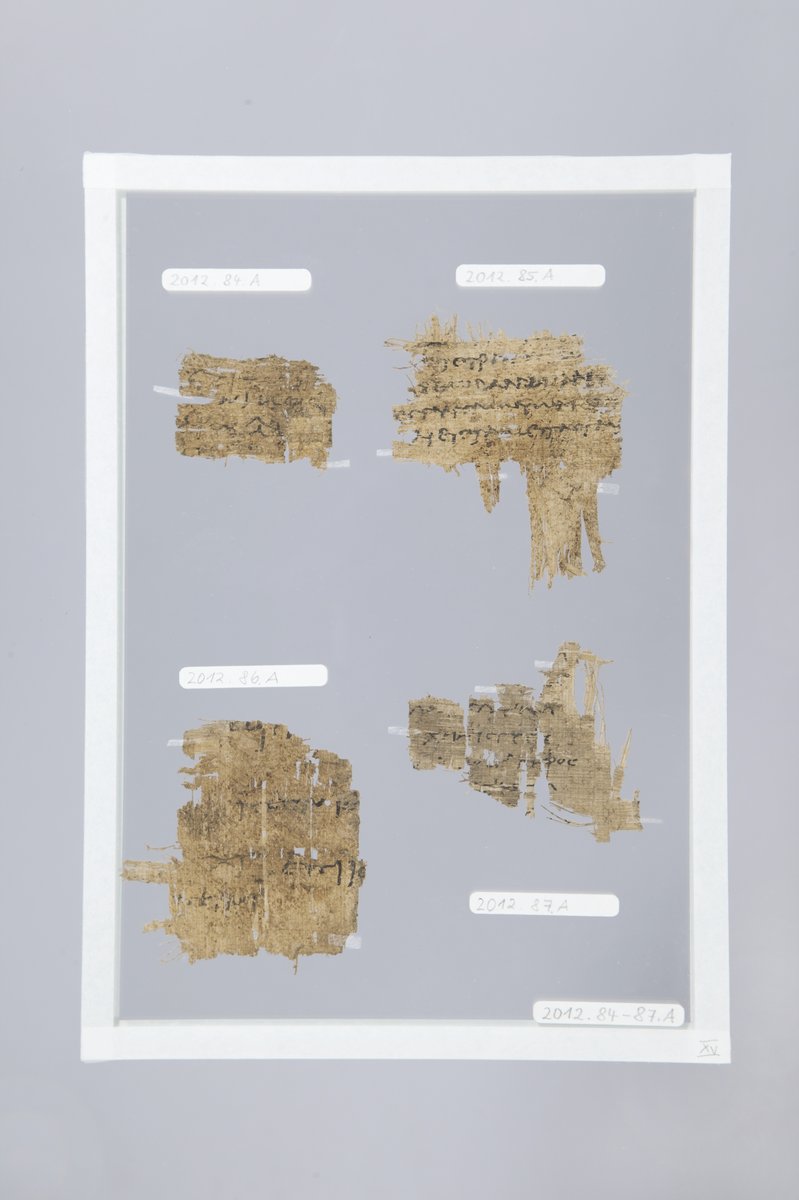 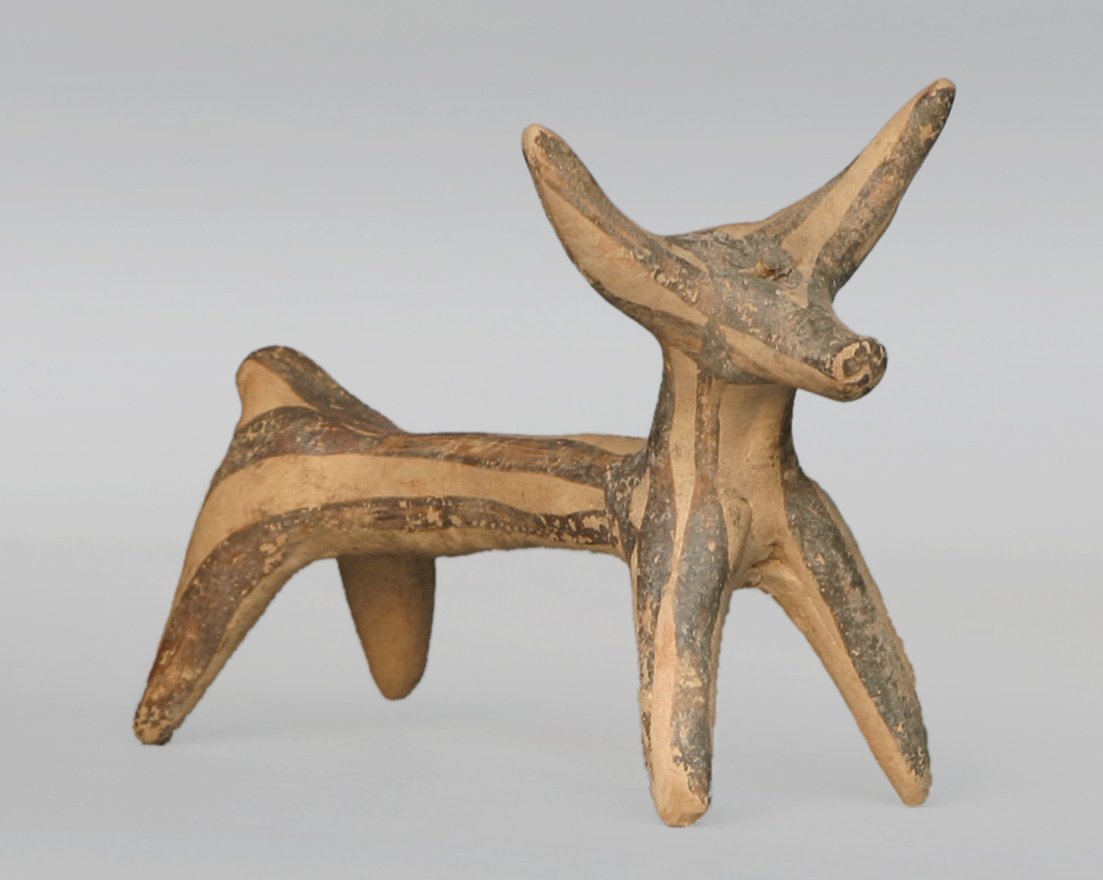