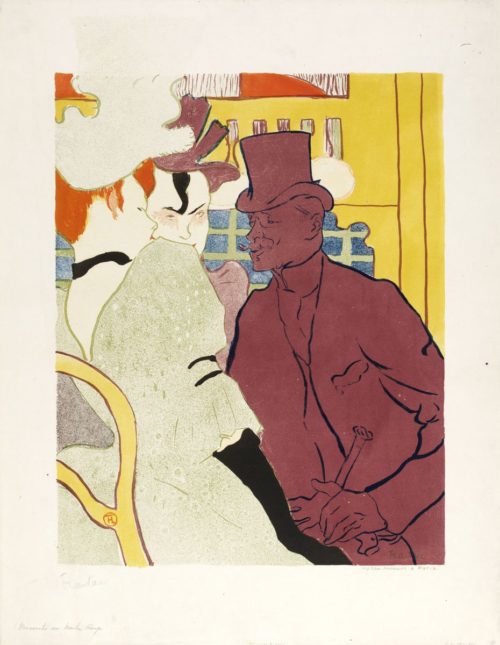 Henri-Marie-Raymond de Toulouse-Lautrec-Monfa was the son of an aristocratic family of Toulouse. His parents could trace their ancestors all the way to Charlemagne. Since his father and mother were first cousins, their offspring inherited a serious bone disease and stopped growing early. Constantly required to rest, the little boy started drawing and painting.

In one of the three windmills left as a memento on the Butte Montmartre, the Paris Moulin Rouge opened in 1889, in the place of a failed drinking establishment. Commercial show-business was already in full swing in Montmartre. Aware of this, the investors in the new venture faced up to the competition with a flood of newspaper articles and posters to reach the middle-class public: they promised sensational shows, masked balls, electric and gas lighting, and had recourse to every standard “everybody who is anybody comes here” trick. Paris by night was also an inexhaustible source of subjects for Toulouse-Lautrec. From the 1890s onwards, he was attracted exclusively by the cabaret and its stars, the circus, and the world of night entertainment. The fin-de-sičcle Paris market and critical acclaim also encouraged him in his choice of themes.

The coloured lithograph, An Englishman at the Moulin Rouge displays Lautrec’s exceptional talent for caricature. In an interior of exaggerated lines and plane-like patches of colour, two prostitutes are speaking with a man in a top hat, in a frame close to the viewer. The facial expressions and self-confident postures of the women proclaim their experience on the “hunting grounds”. The artist records this crucial moment of night life with elegant economy: the largest patch of colour is the brown tone of the male figure, which is echoed in the colour of the hat of the woman opposite, just like the yellow of the background bar in the colour of the chair in the foreground. Despite the figures’ close proximity and their static posture, it is as if we are viewing a snapshot of a scene in motion. This illusion is reinforced by Lautrec’s favourite device, cutting off the edges of the picture: the scene seems to continue beyond the field of view. 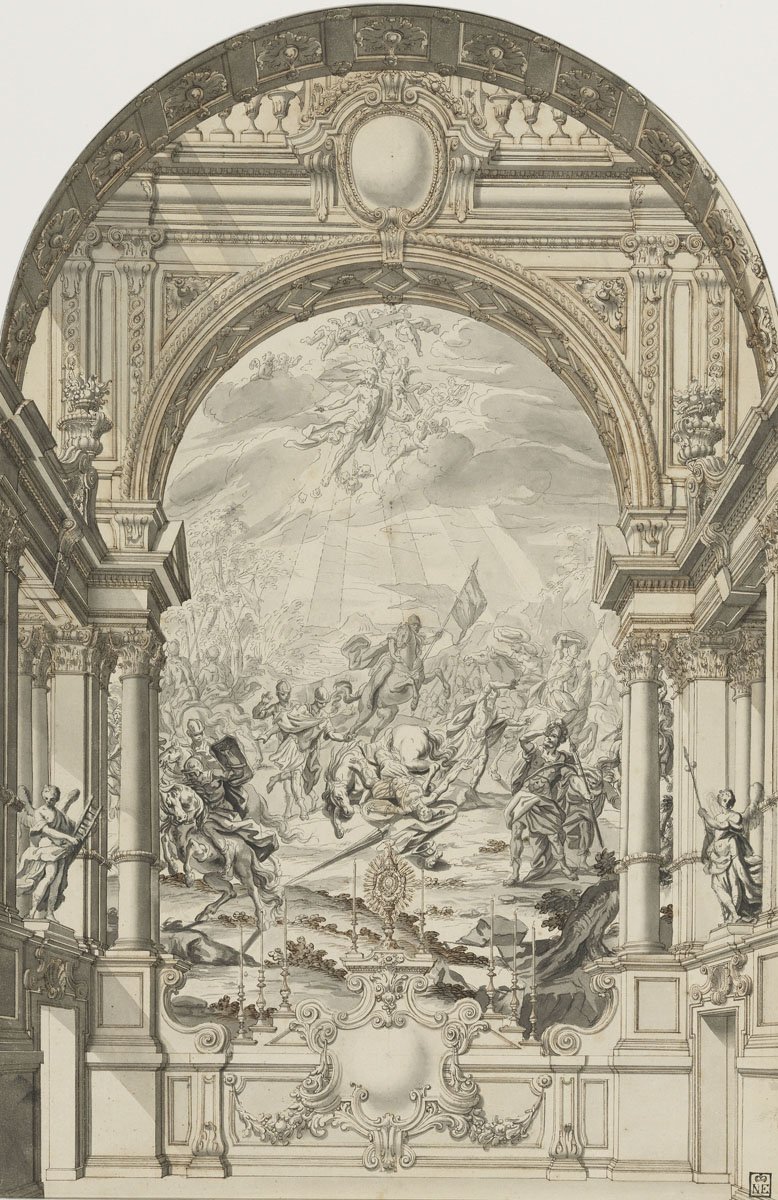 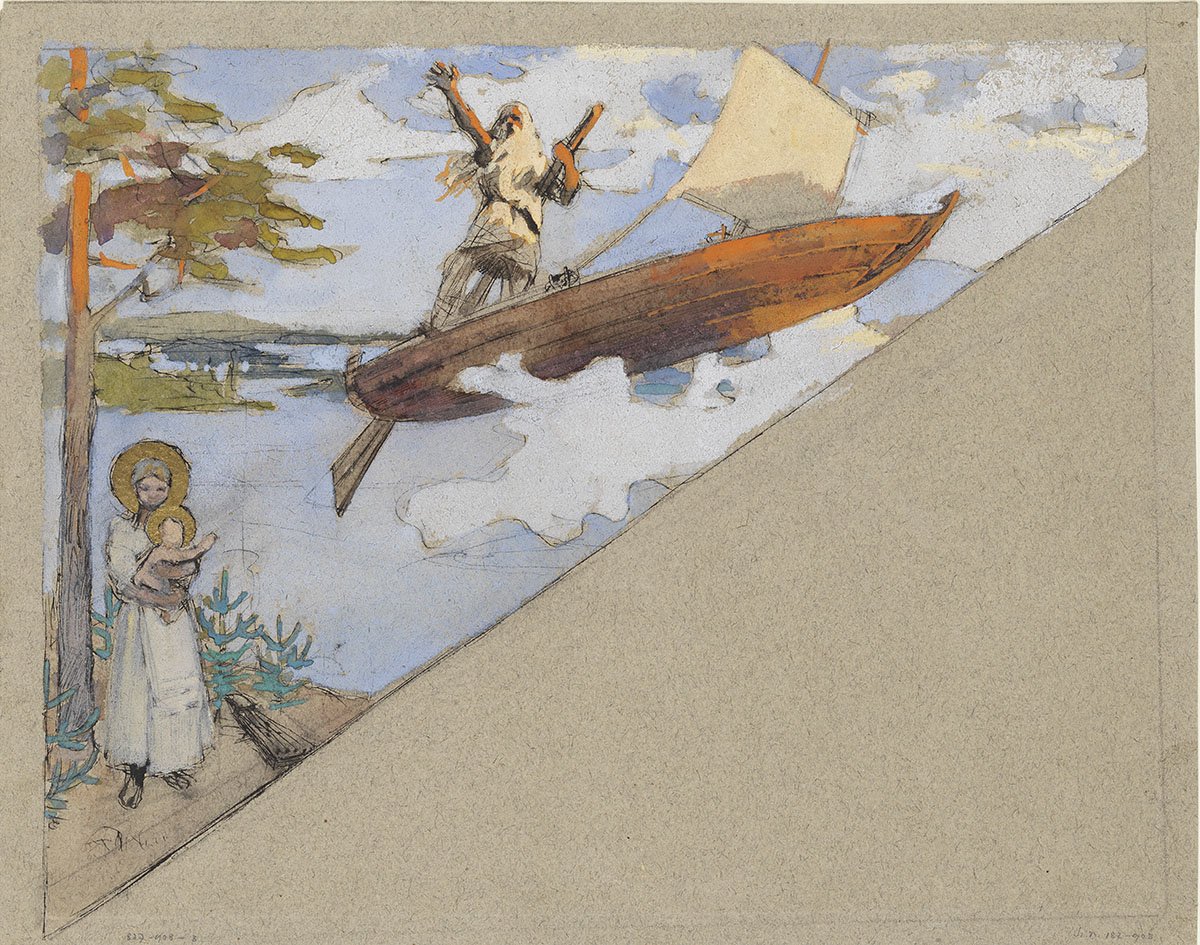 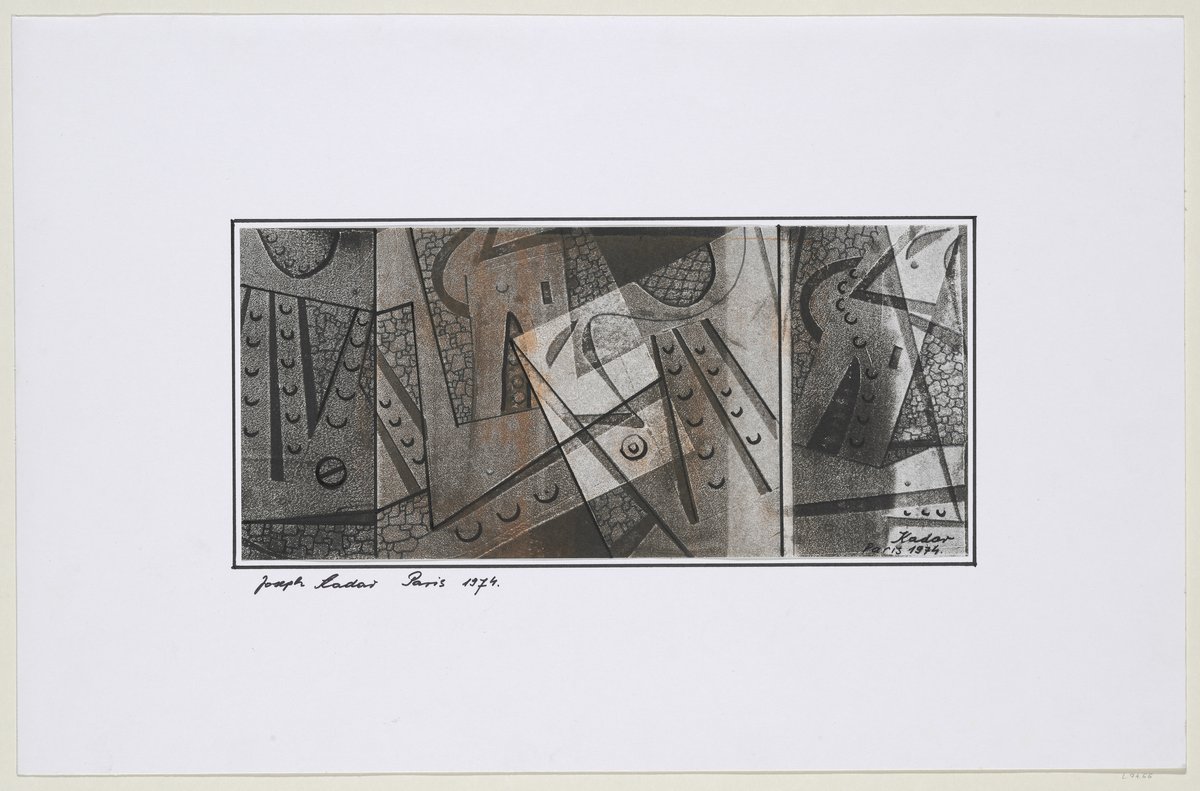 Memory of Szentendre No.1 Joseph Kadar 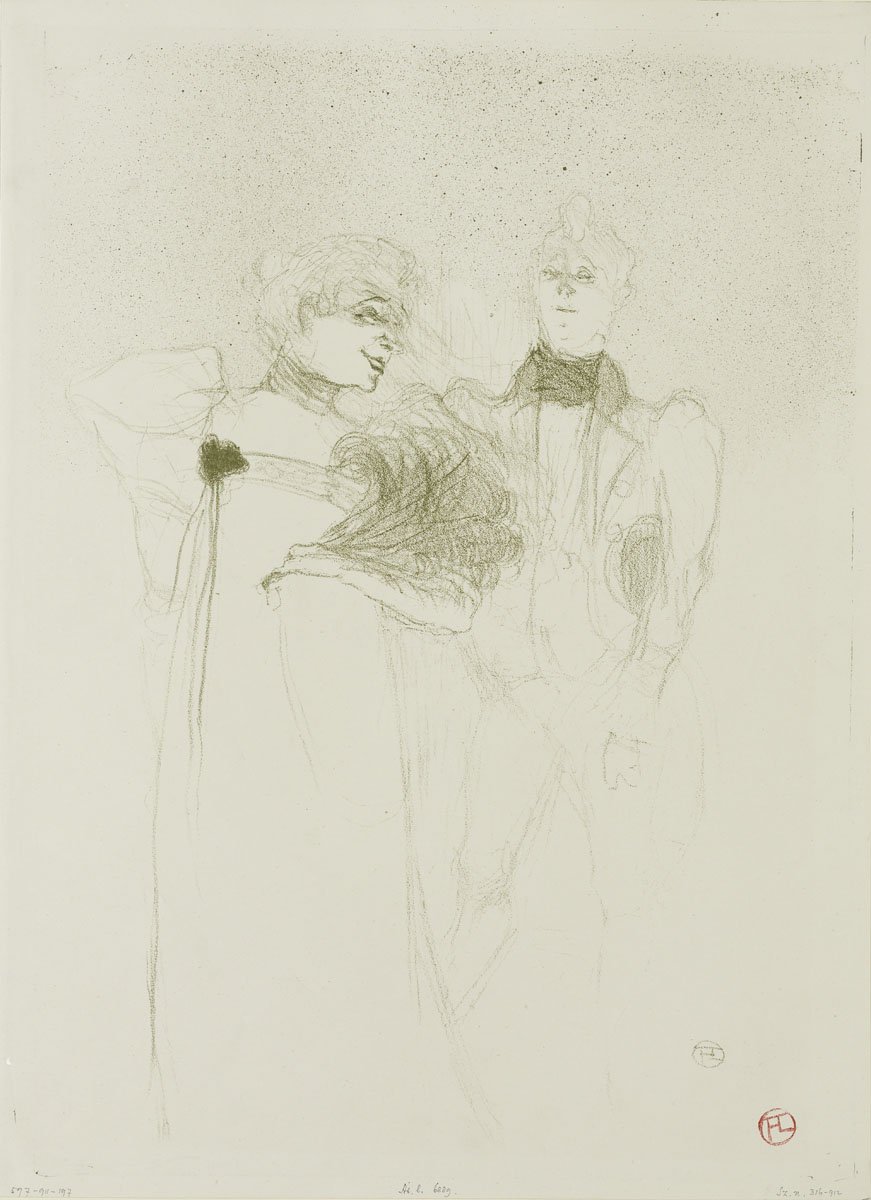 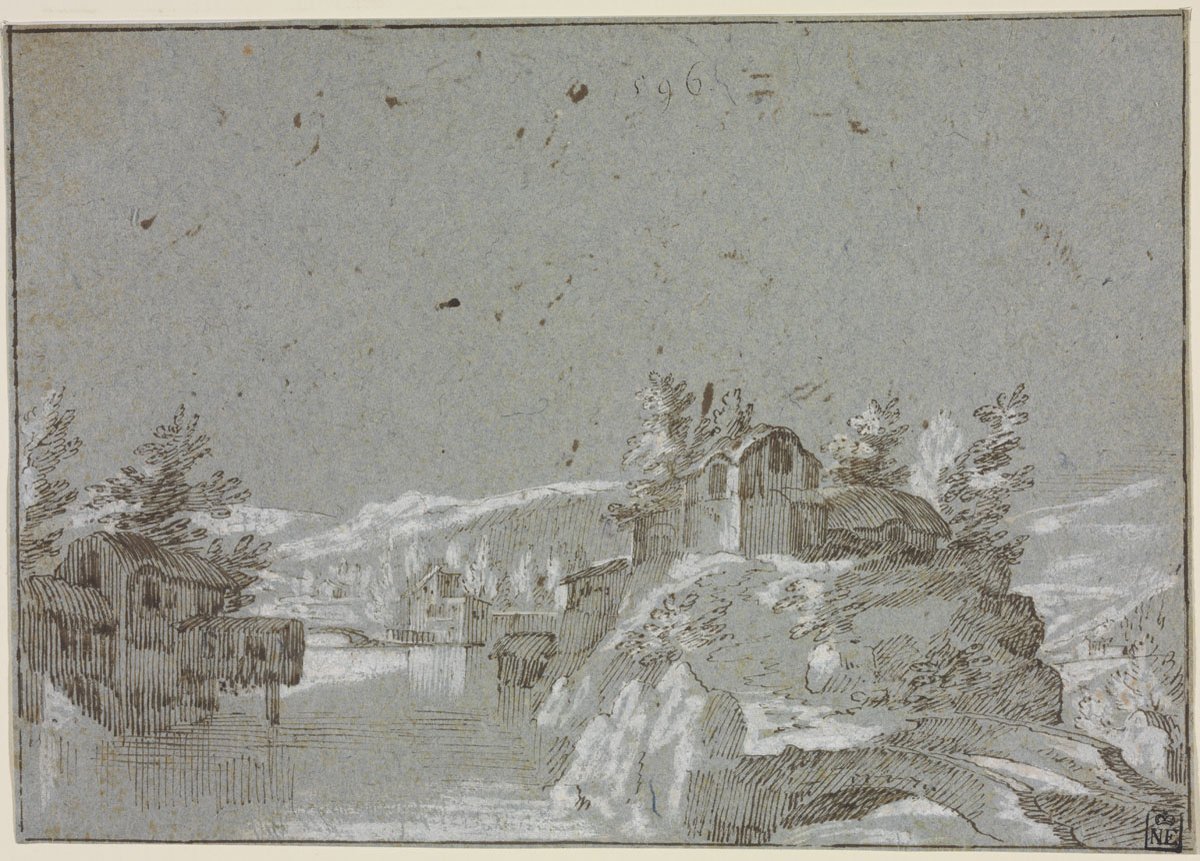 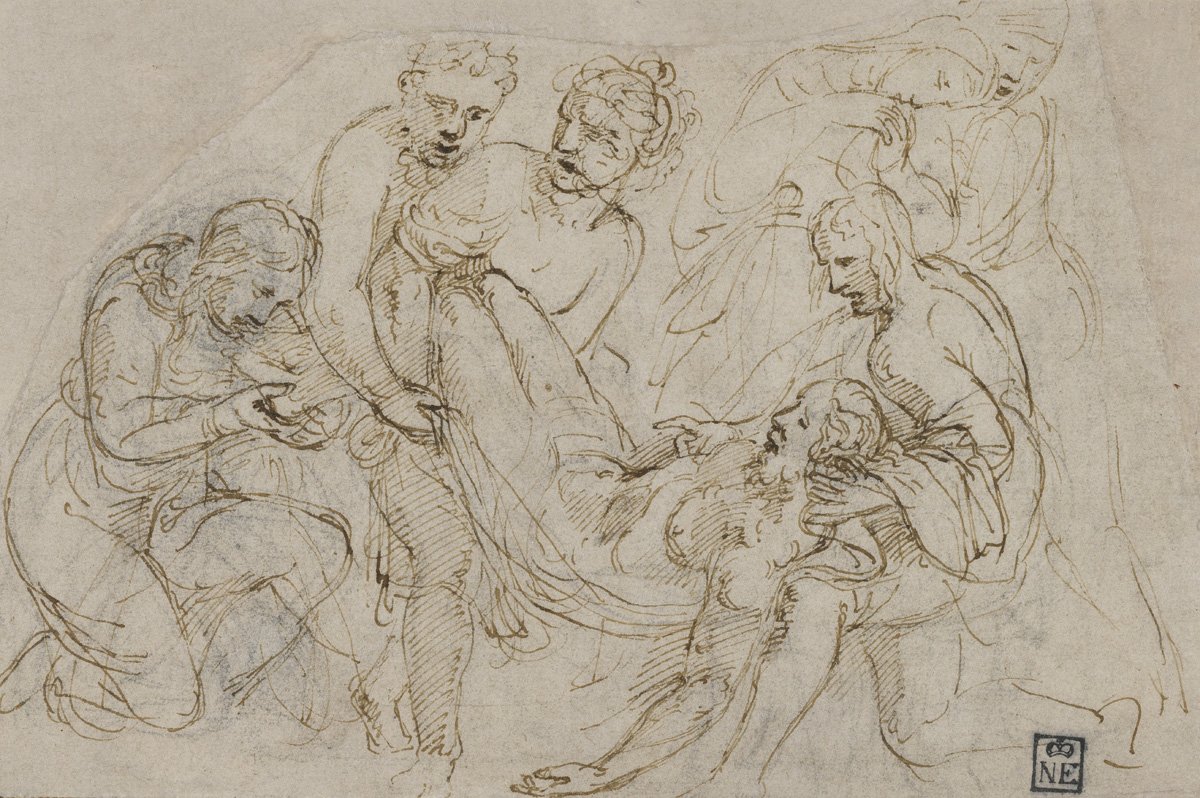 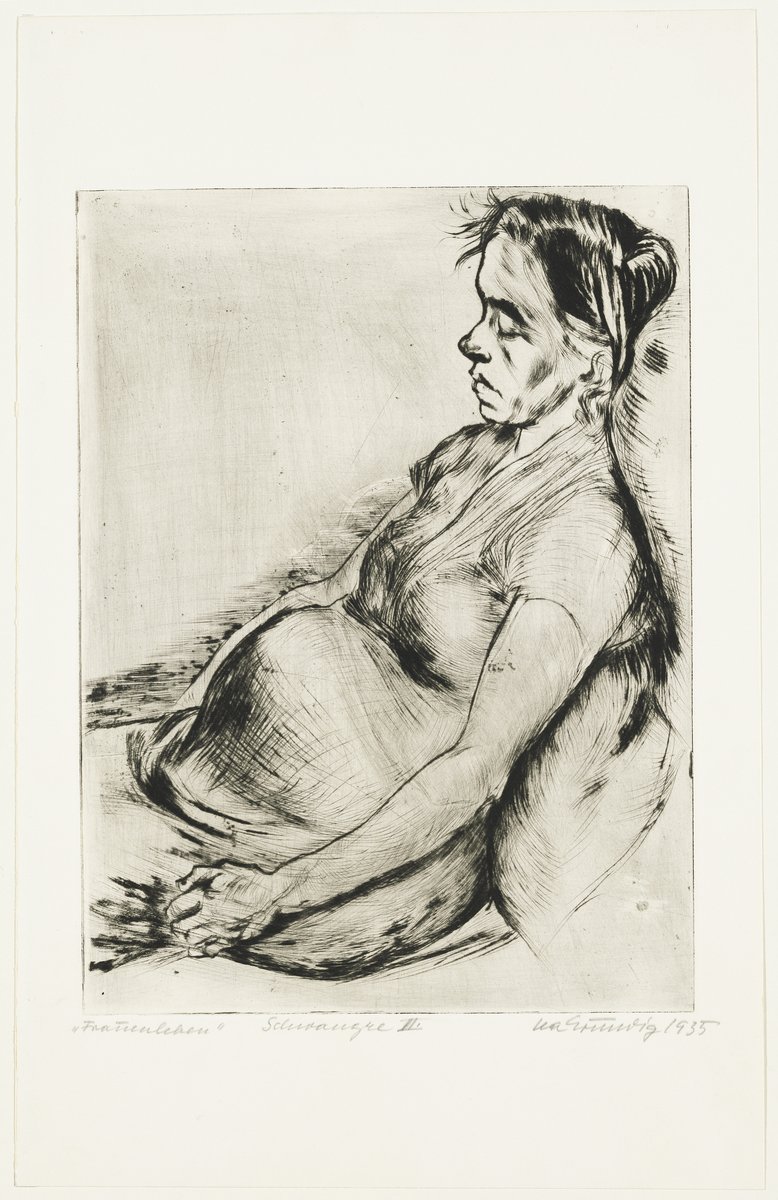 Man Shackled to a Bear Friedrich Brentel (attributed to)