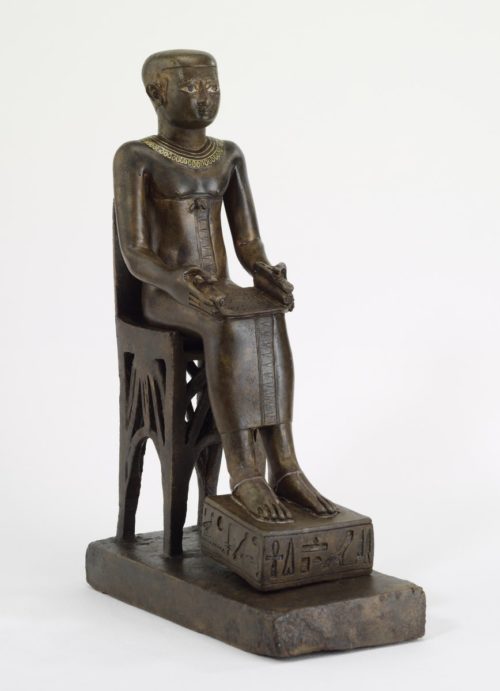 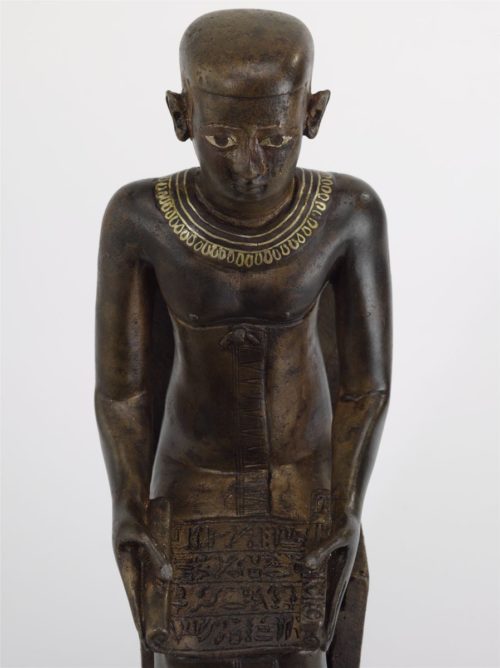 This votive bronze statuette was an offering to the deified Imhotep. The meticulously formed details testify to the highest technical skill throughout the manufacturing process. The necklace is made of gold and electrum, while the sandals, toe- and fingernails were made out of silver. Imhotep was the chief architect of pharaoh Djoser and built his Step Pyramid complex and mortuary enclosure in Saqqara, earning himself undying fame. His as yet undiscovered tomb may lay hidden in Saqqara, and it was close to here that his first temple was probably established when his worship was spreading in the Saite Period. He was raised to the rank of cultural hero by the time of the New Kingdom (being a talented physician, magician, and astrologer). The scribes regarded him as a man of wisdom and revered him as the author of important philosophical and wisdom texts. He was gradually elevated to the status of a demi-god, and in the meanwhile Ptah, the chief god of Memphis began to be regarded as his father. His semi-divine nature endowed him with the ability to mediate between the gods and mankind, and thus his helpful intercession could be invoked in all kinds of earthly matters of daily life.
This seated statue was presumably set up in Imhotep’s temple in Memphis for the benefit of the deceased Kham-Khonsu, whose name and that of his ancestors can be read on the plinth under the foot of the statue. Another text is engraved on the papyrus scroll in his lap: a petition directed to Imhotep. The statuette might derive from Imhotep’s first sanctuary in Memphis and can be dated to the early Saite Period, when his official cult was just in the process of being institutionalized. For the Saite Period, the key consideration in inaugurating Imhotep as a full temple god by opening a temple for him may have been to support the political reunification of Egypt with the deification of a person who reminded everyone of the glorious eras of the past. 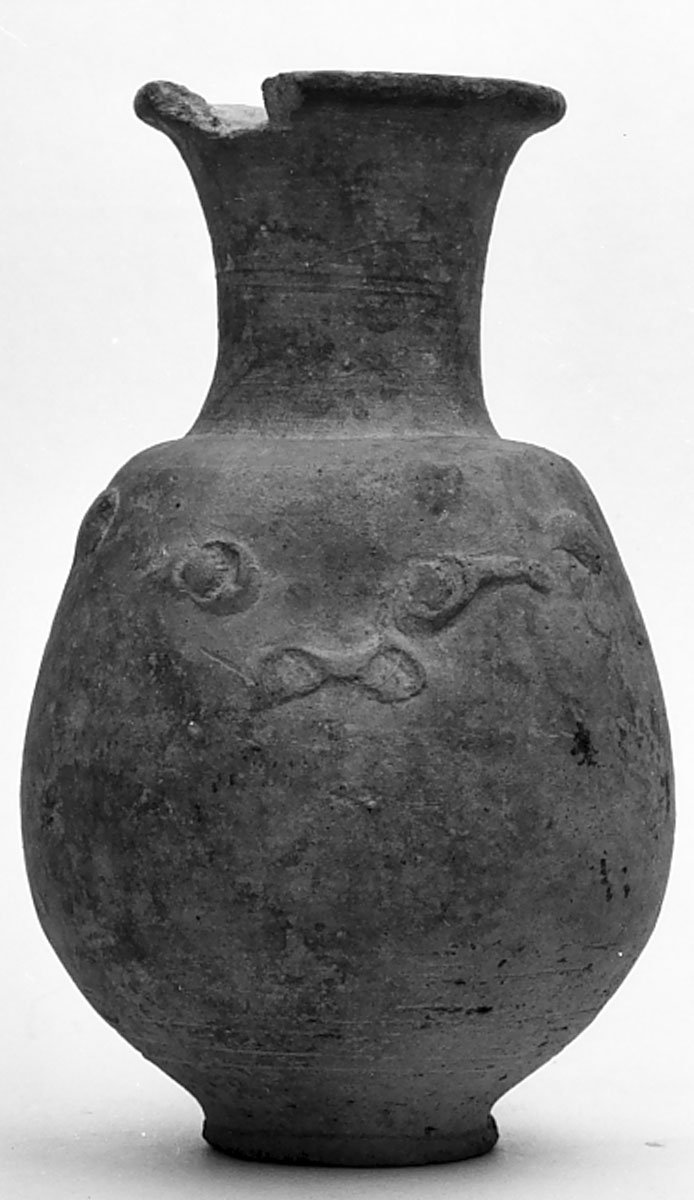 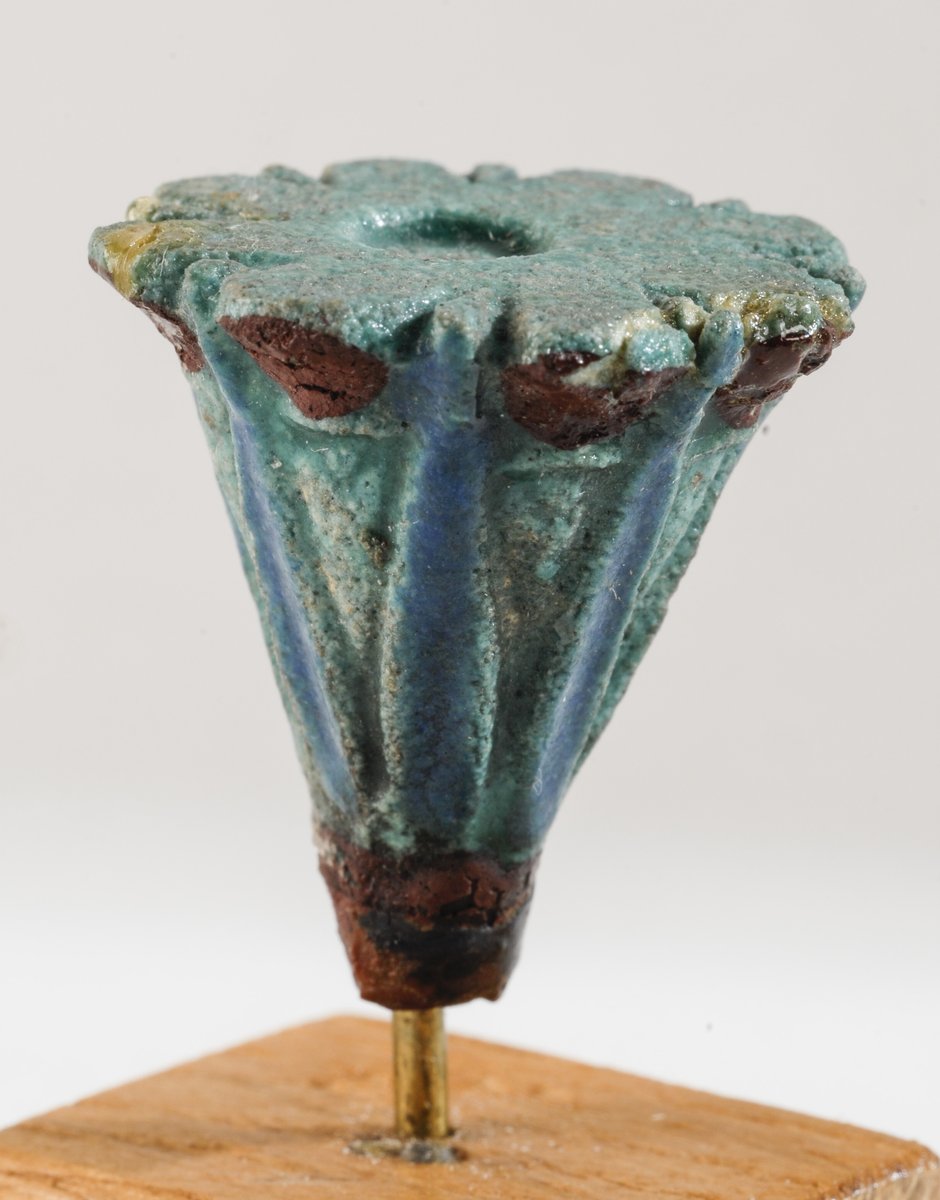 Application or Amulet in the Form of a Lotus Bud 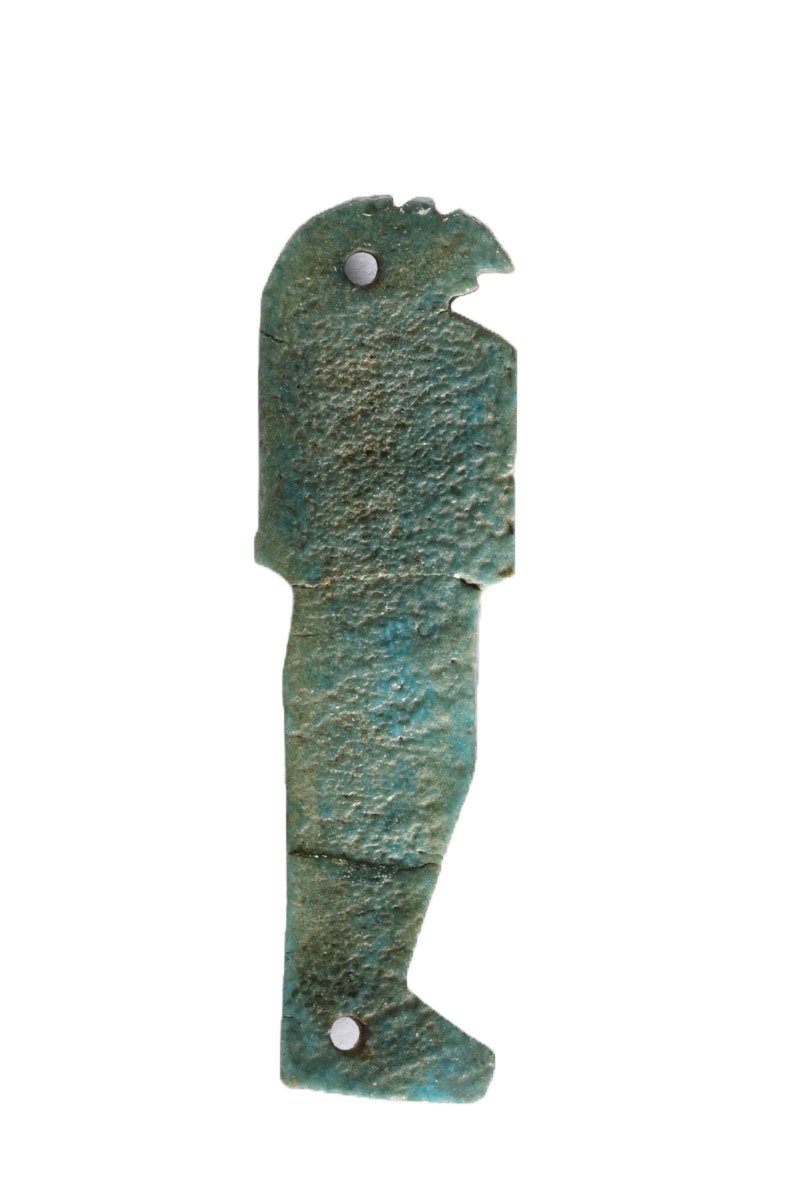 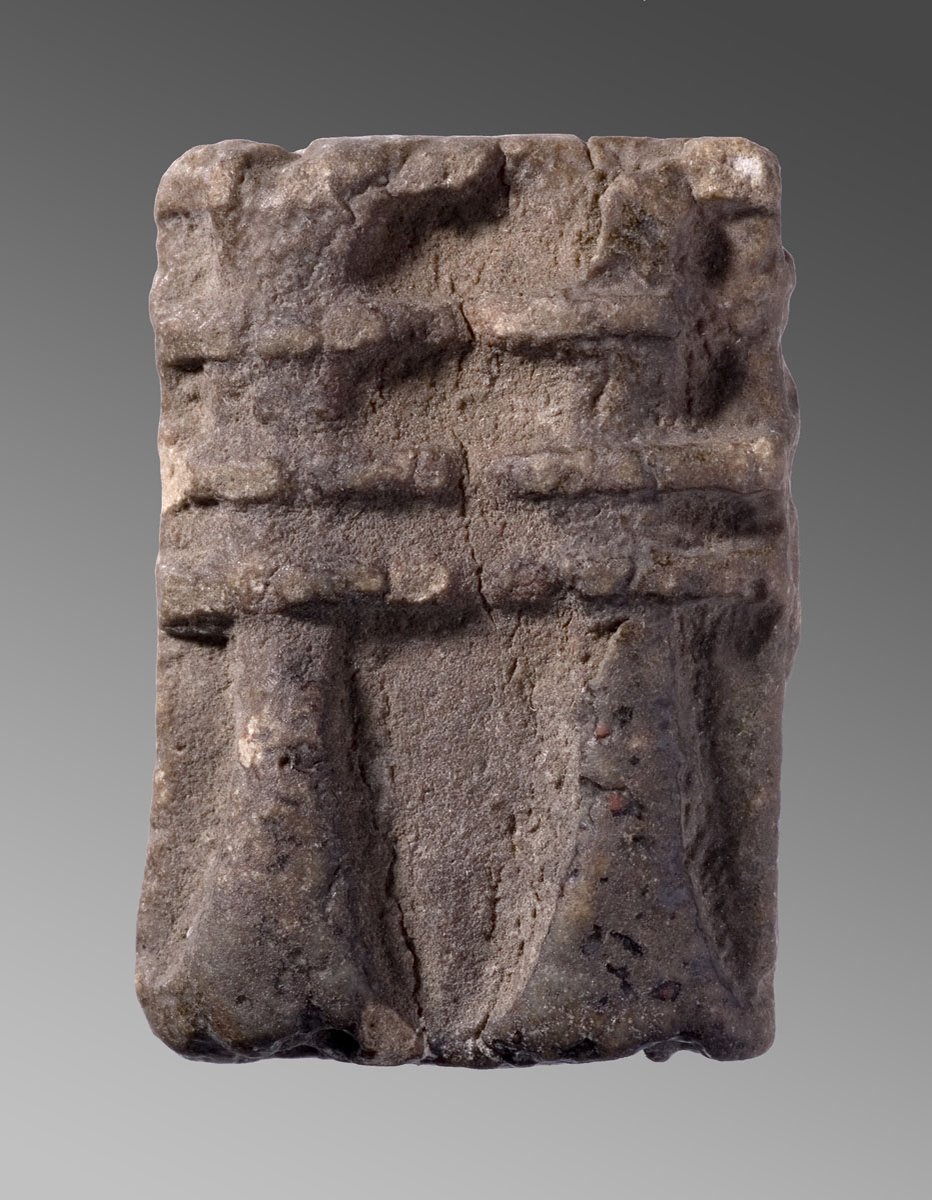 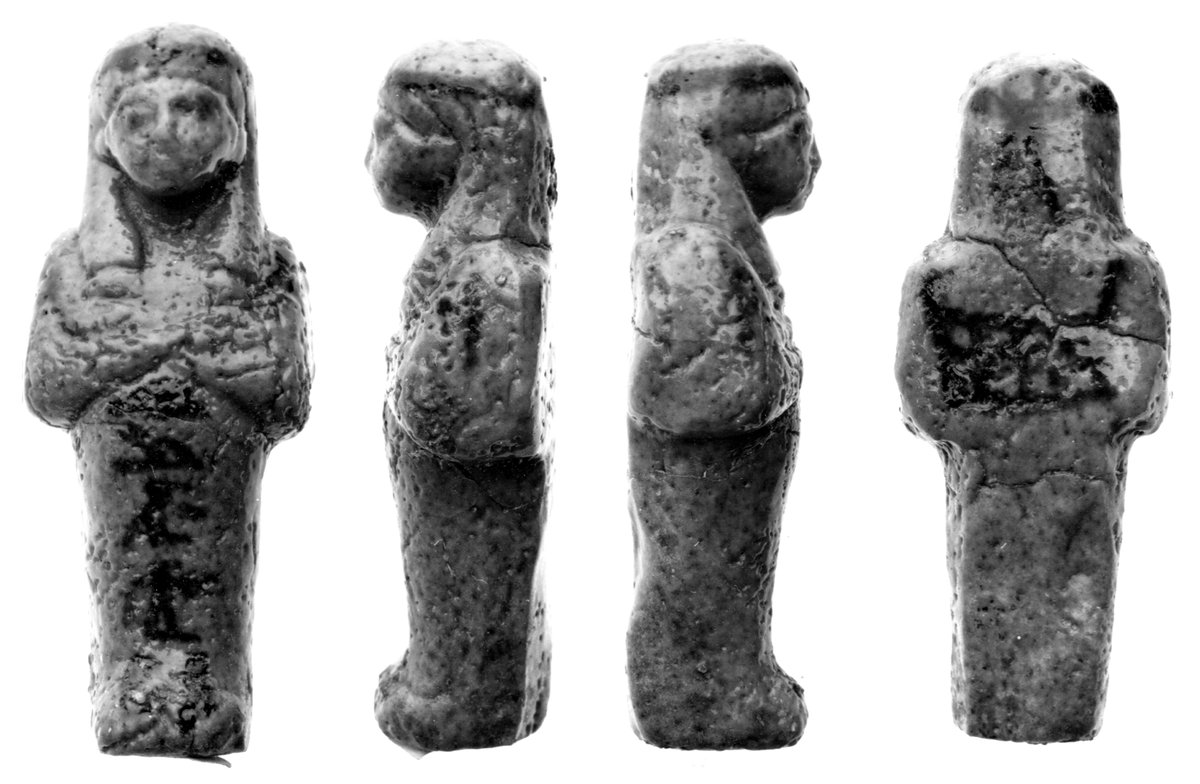 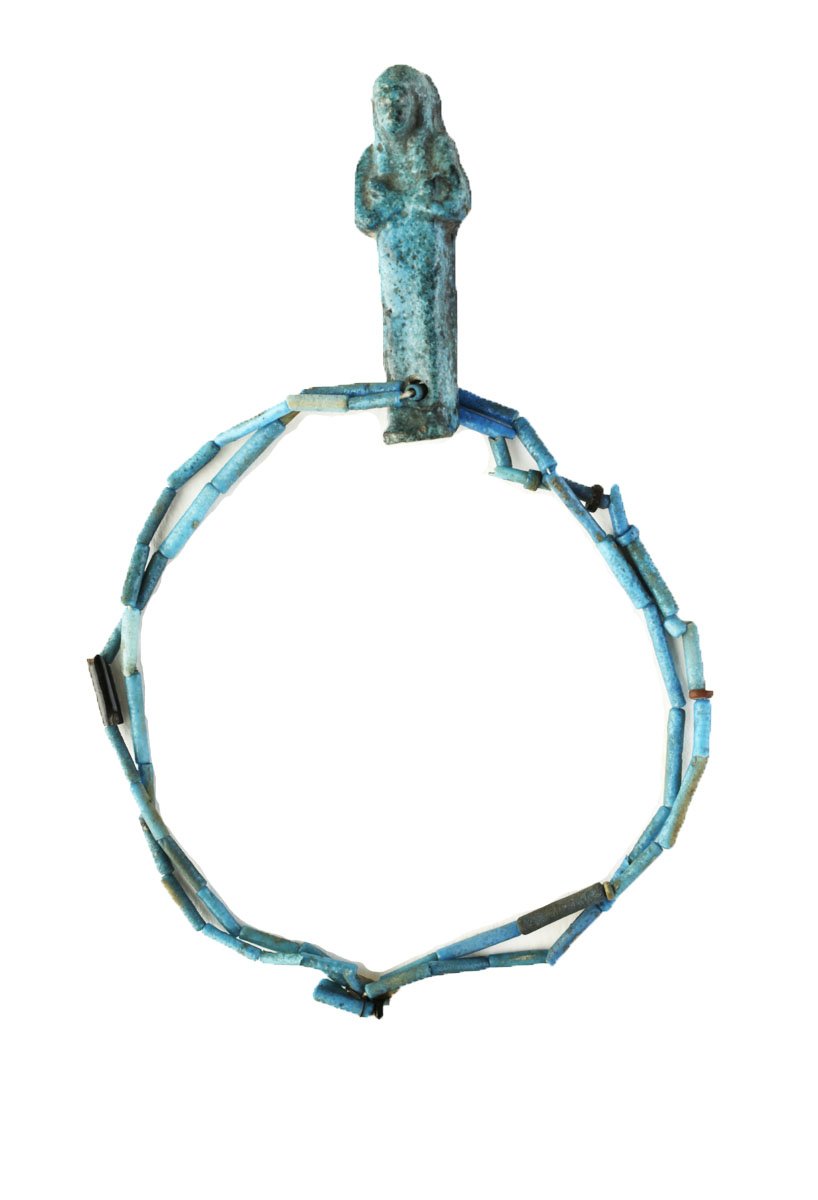 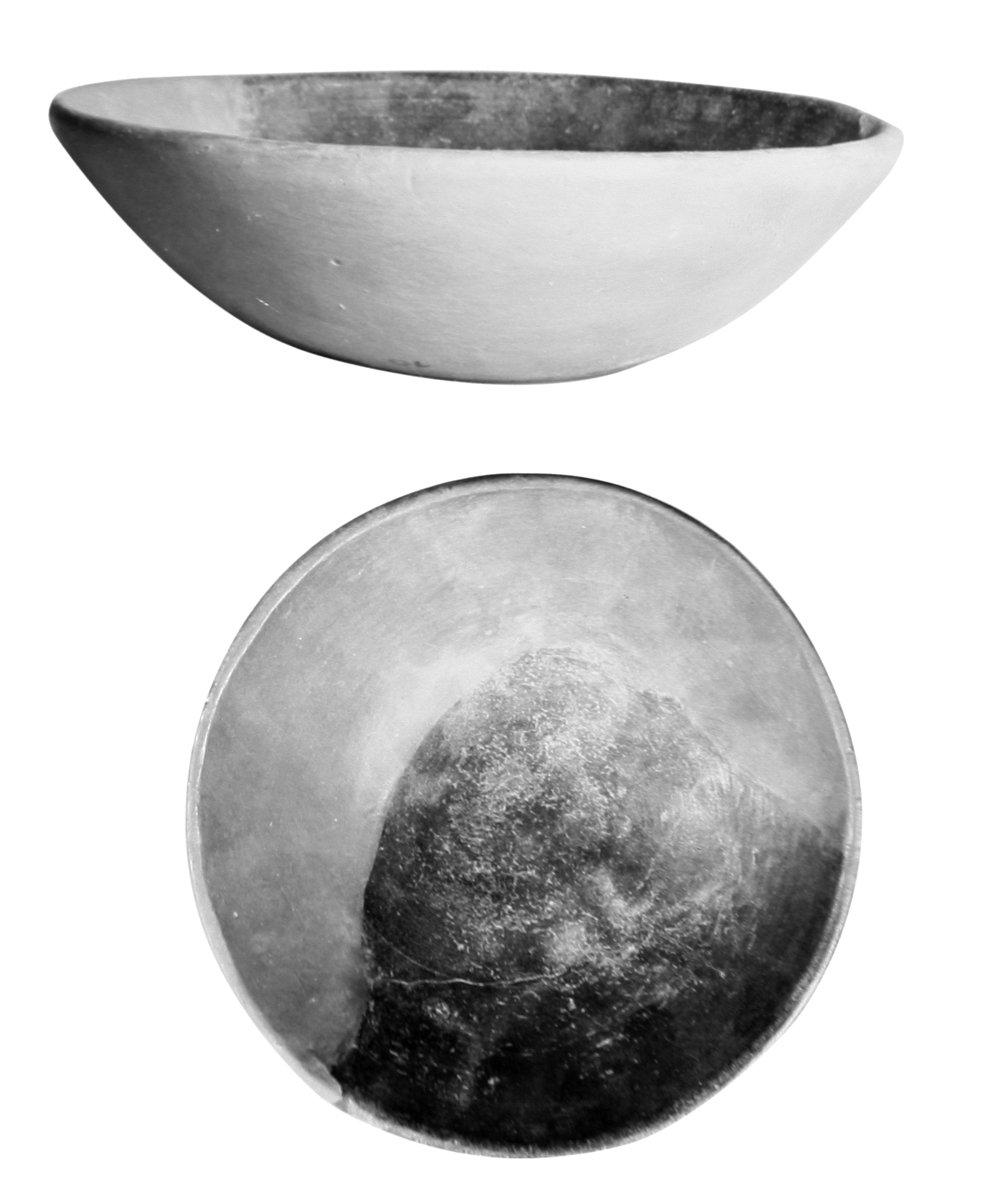 Fragment of a Wig 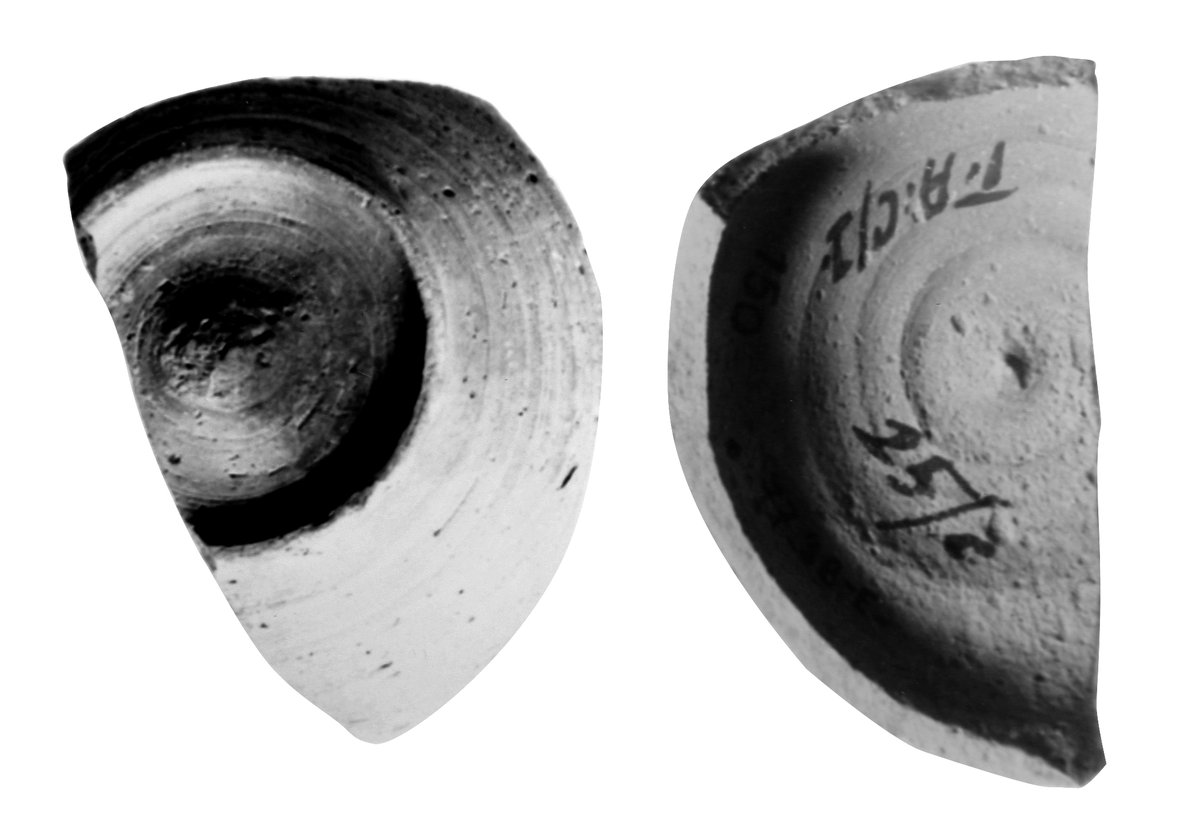