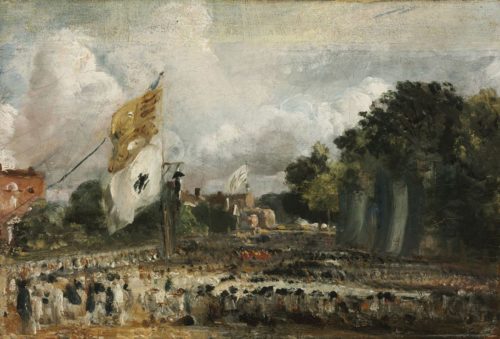 John Constable was the definitive master of nineteenth-century English landscape painting. Although he may have inspired fewer successors than his contemporary, William Turner, he was a great master of his genre. He has often been called the “great naturalist” for his highly refined ability and sensitivity to present his intimate relationship with nature. He excelled above all in observing variable atmospheric conditions and faithfully reproducing them on the canvas. He loved the familiar Suffolk countryside, his native village and his home terrain, and frequently sought his subjects there. His attraction for nature and landscape was rooted in his childhood spent in this rolling English countryside, cut through by rivers, among his father’s watermills. His landscapes evoke this homely atmosphere, sometimes enlivened with charmingly observed everyday scenes, and sometimes only enriched with a village church or a tree whose branches lean over a reflecting river. The way the serene pictures of Constable convey subtle changes in atmosphere, flutterings of the wind and the warmth of the sun’s rays can be traced to the art of the seventeenth-century Dutch landscape painters and his great French predecessor, Claude Lorrain. Constable learned this style of painting at the Royal Academy, which he entered in 1799, and after completing his studies, during his travels to the English Lake District, formed his own artistic views, based on the direct observation of nature.

However, this little sketch shows another side of Constable, in which he merely indicates figures, objects and their surroundings with broad brushstrokes and thickly painted patches and lines. The rapid movements and scratched-off layers of hastily applied paint show a succession of thoughts flashing through the artist’s mind as he tries out and rejects ideas in pursuit of the perfect portrayal of his chosen theme for the finished, final version. What makes this preparatory oil sketch an interesting and remarkable painting in the Budapest collection is that it permits us to witness the most intimate stage of the painter’s work, the creative process in which ideas are generated.

The picture was long thought by scholars to record the celebration held on 18 June 1815 to commemorate the victory of Waterloo. However, based on a related study drawing, it seems probable that the painting records the procession held for the poor people of East Bergholt in celebration of the peace treaty signed on 9 July 1814. The local people received the victorious soldiers on the town square and hung a uniformed effigy of Napoleon, symbolising the defeated enemy. Constable made a few rapid sketches in his notebook, and while still under the influence of events, took up his brush and set down his impressions in fresh colours and with self-confident strokes. The result is this little picture, which records the intoxicated mood of victory of this fine, sunny morning. Constable took equal pleasure in representing the clouds scudding across the sky, the foliage of the trees and the wind flapping the banners of victory. 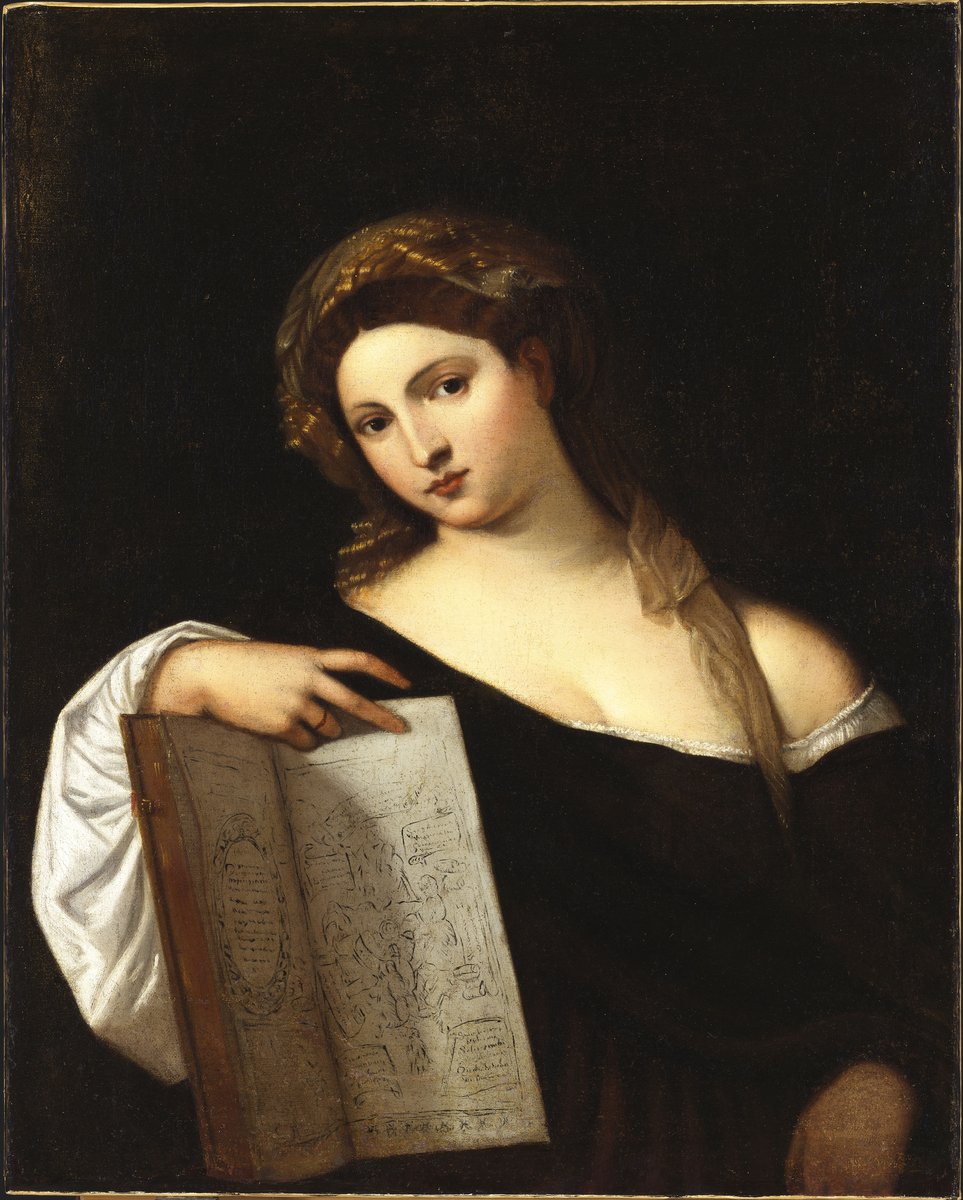 Sibyl with a Book Titian (after) 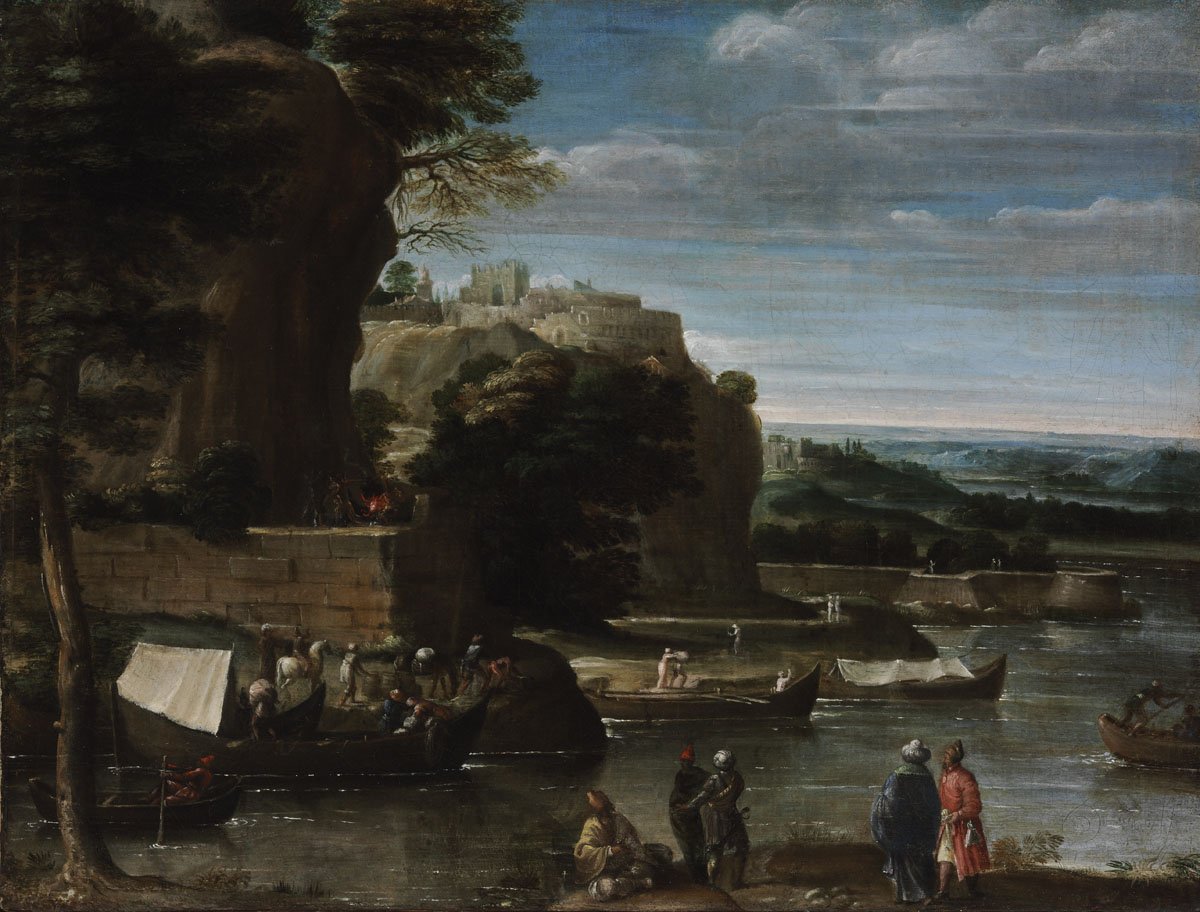 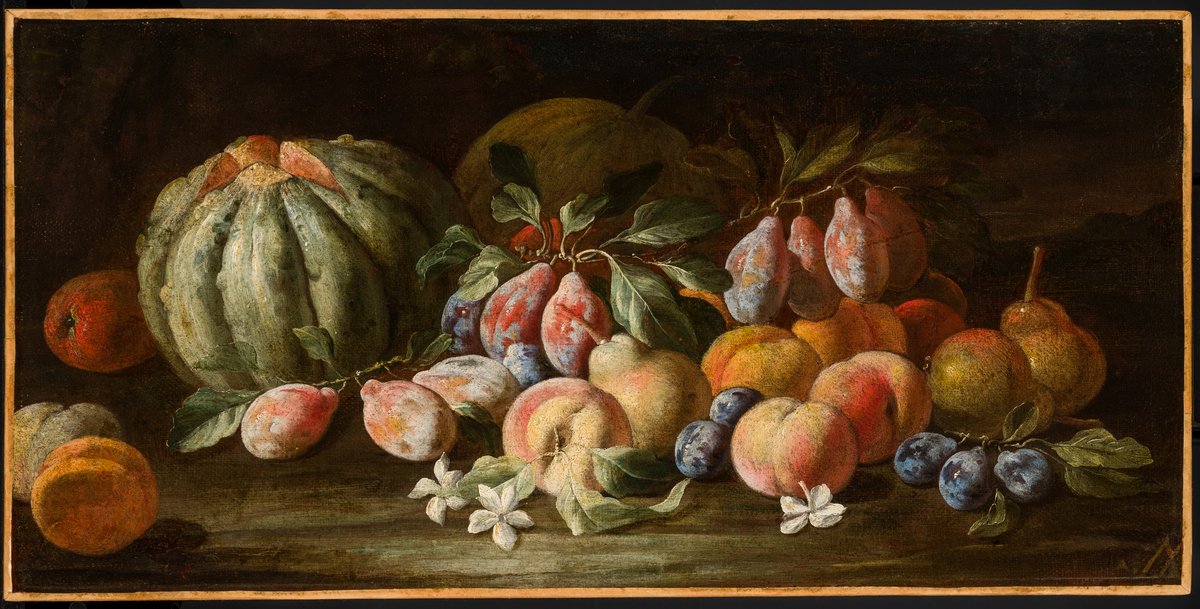 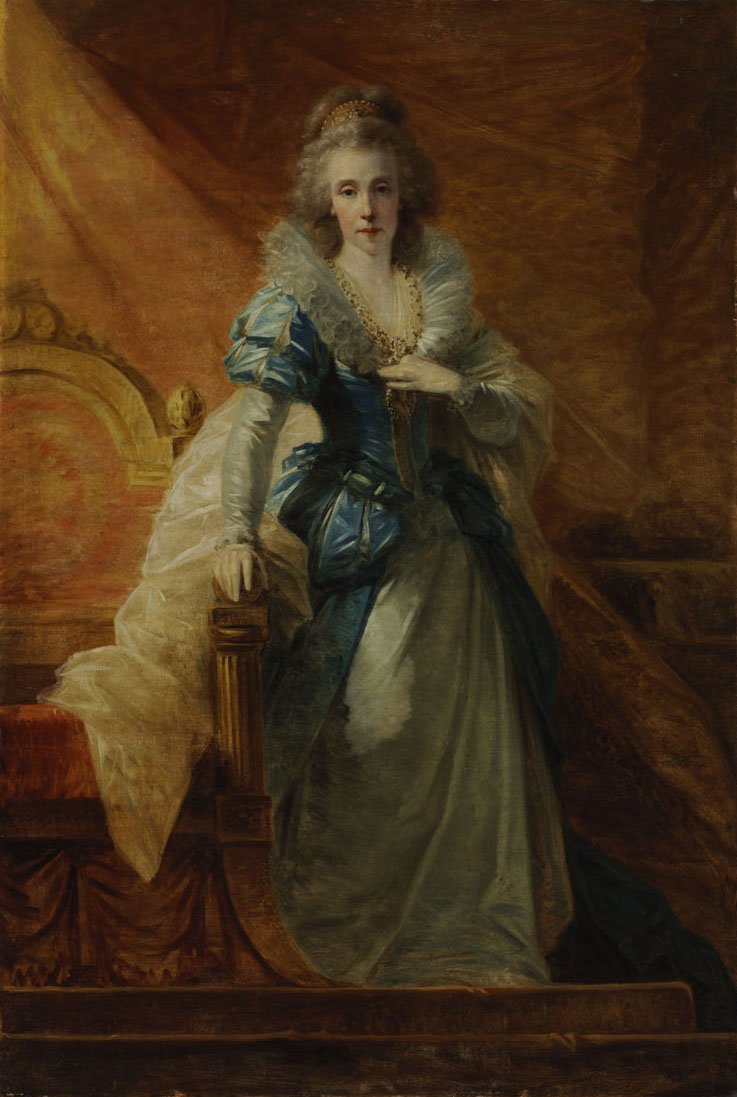 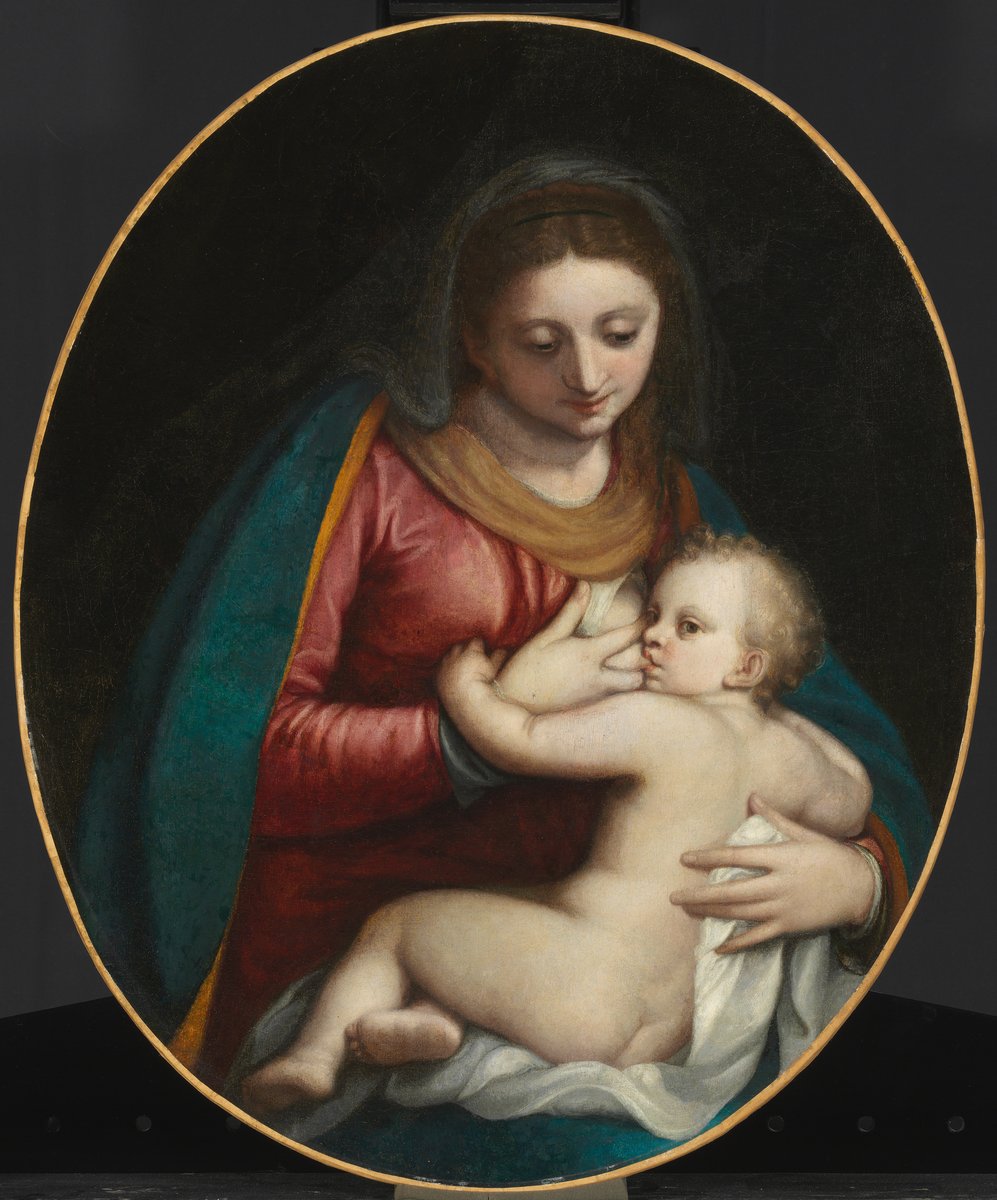 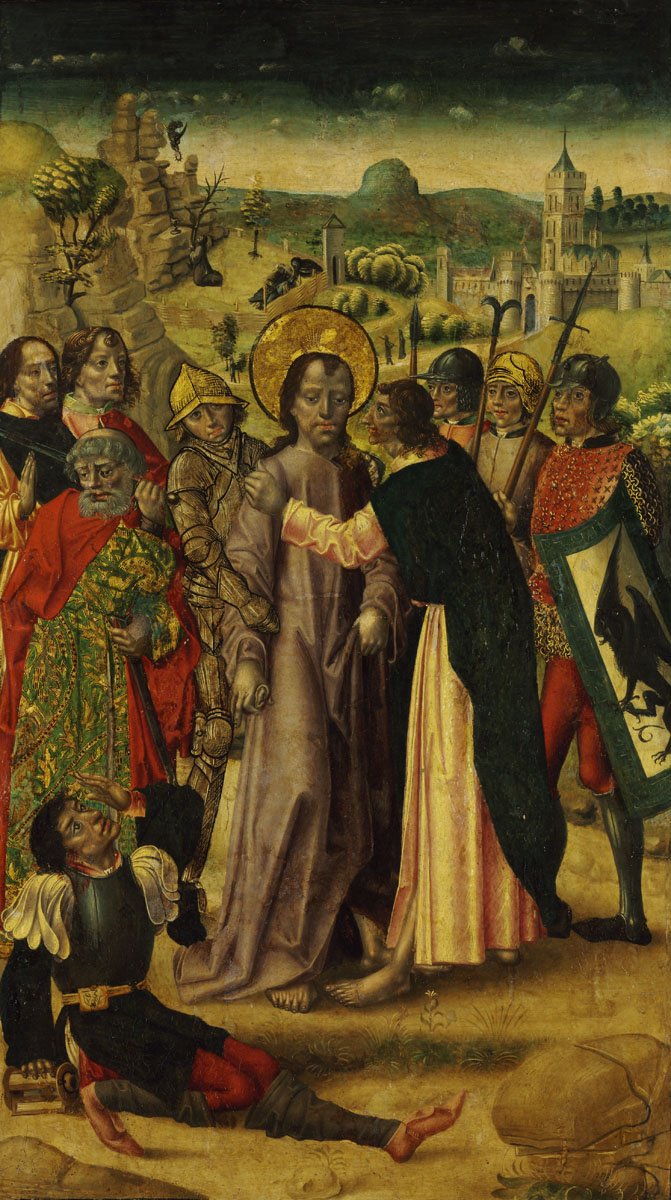 The Betrayal of Christ Master of Budapest 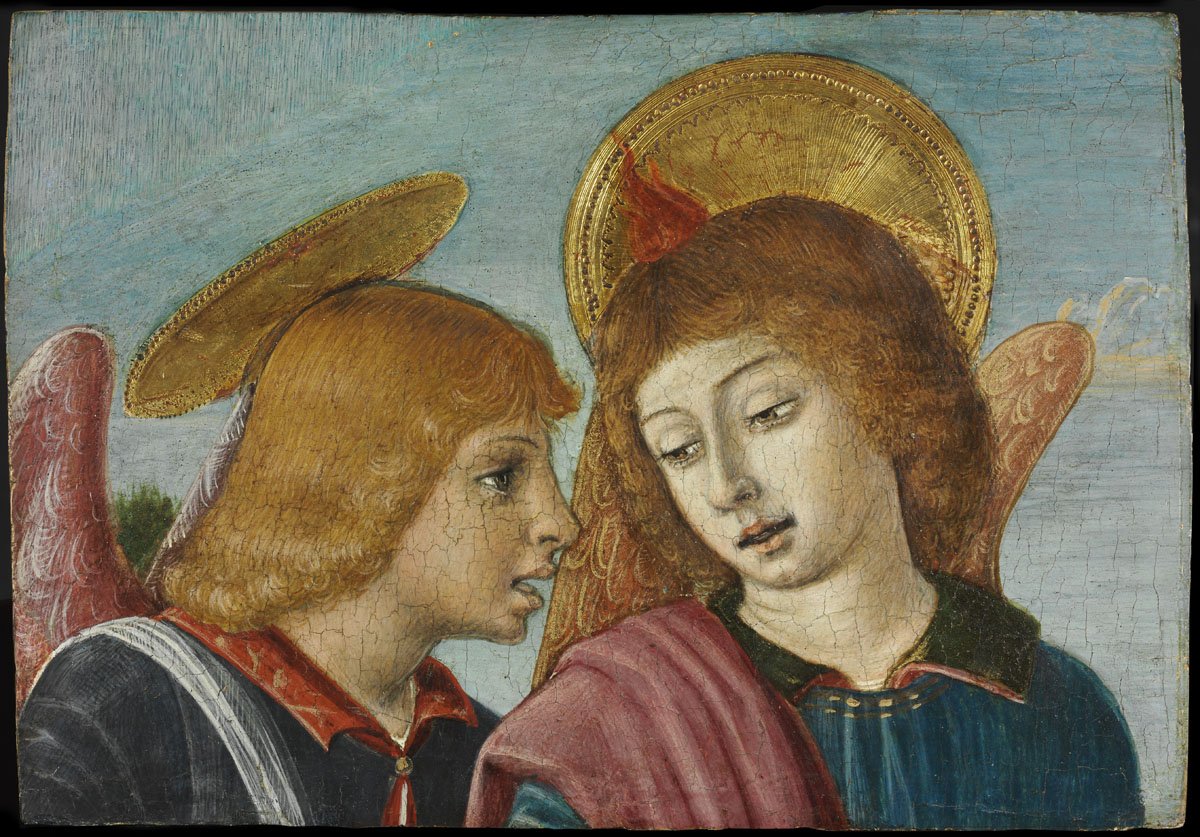 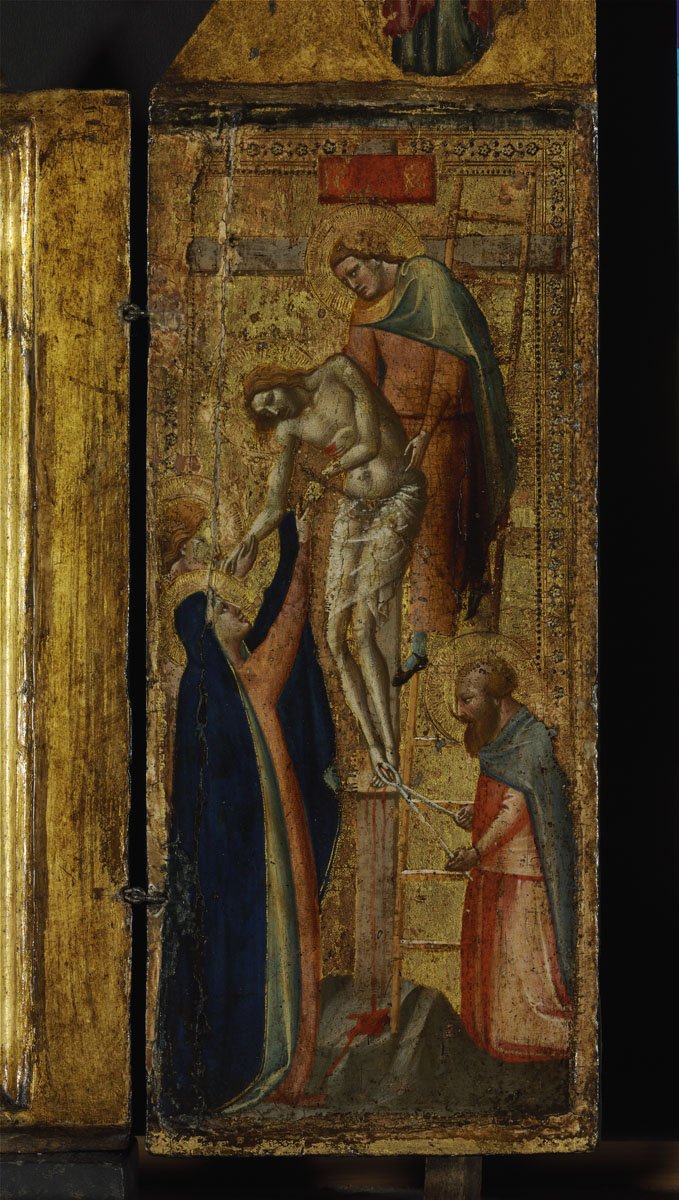 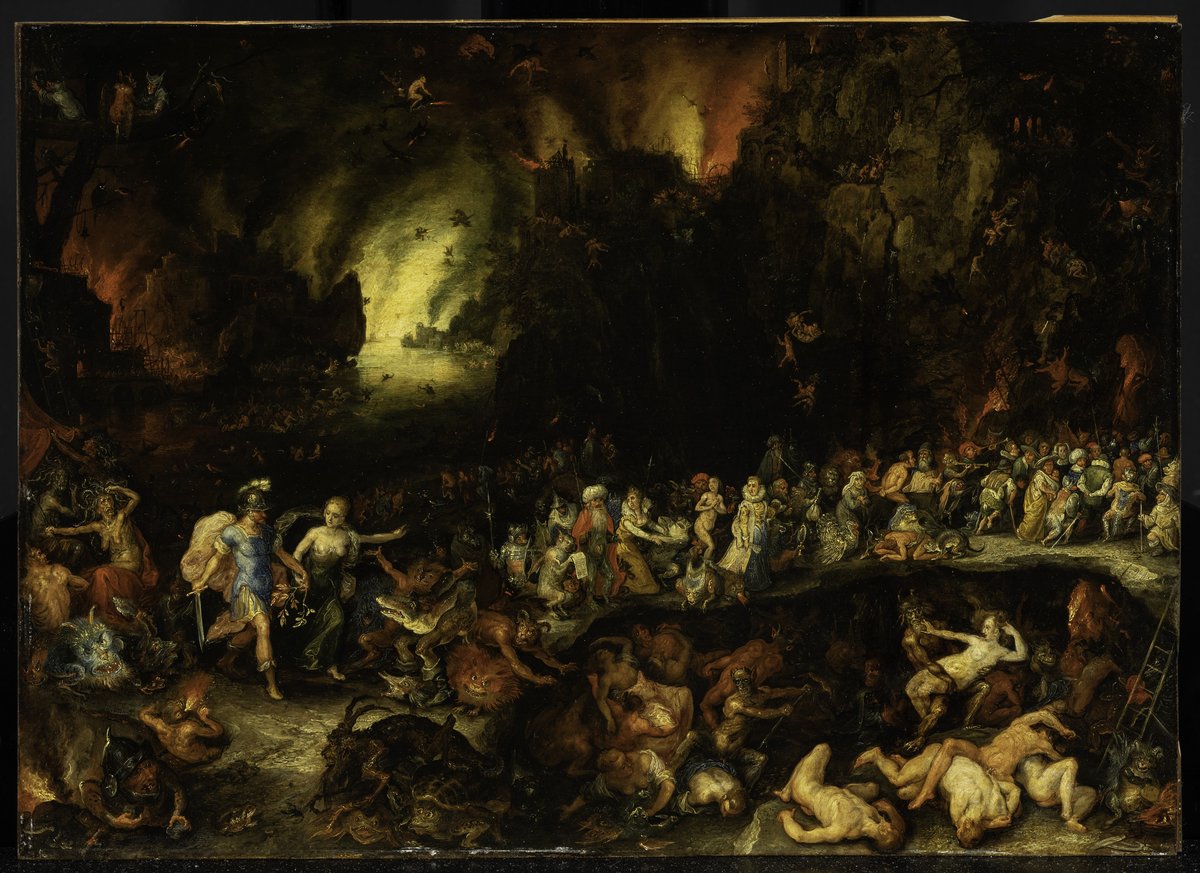 Aeneas and Sibyl in the Underworld Jan Brueghel the Elder