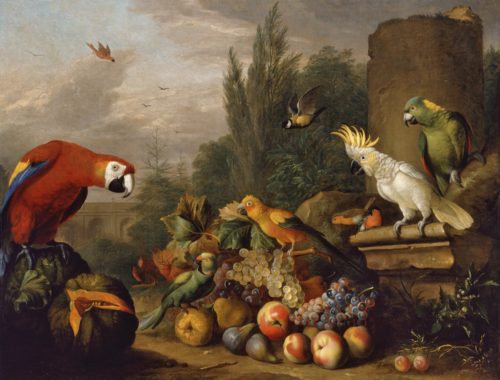 Originally from Eperjes (today Prešov, Slovakia), Jakab Bogdány settled in England in 1688, after studying in Vienna and Holland. His work became very popular in his new home, especially in the most eminent royal circles. The majority of his works today are found in England, often in their original locations, built into the wood panelling of castles.
Bogdány’s characteristic works were still lifes with birds and bird paintings which depicted the inhabitants of the then fashionable royal aviaries, in particular unusual birds with colourful plumage. In this painting, the exotic company of birds and the piled fruits are placed in an elegant castle park. The birds with their colourful, decorative feathers appear as noble characters of a genre scene, engaged in conversation. The painter’s observation of birdhouses allowed him to produce this accurate and naturalistic depiction of these creatures. 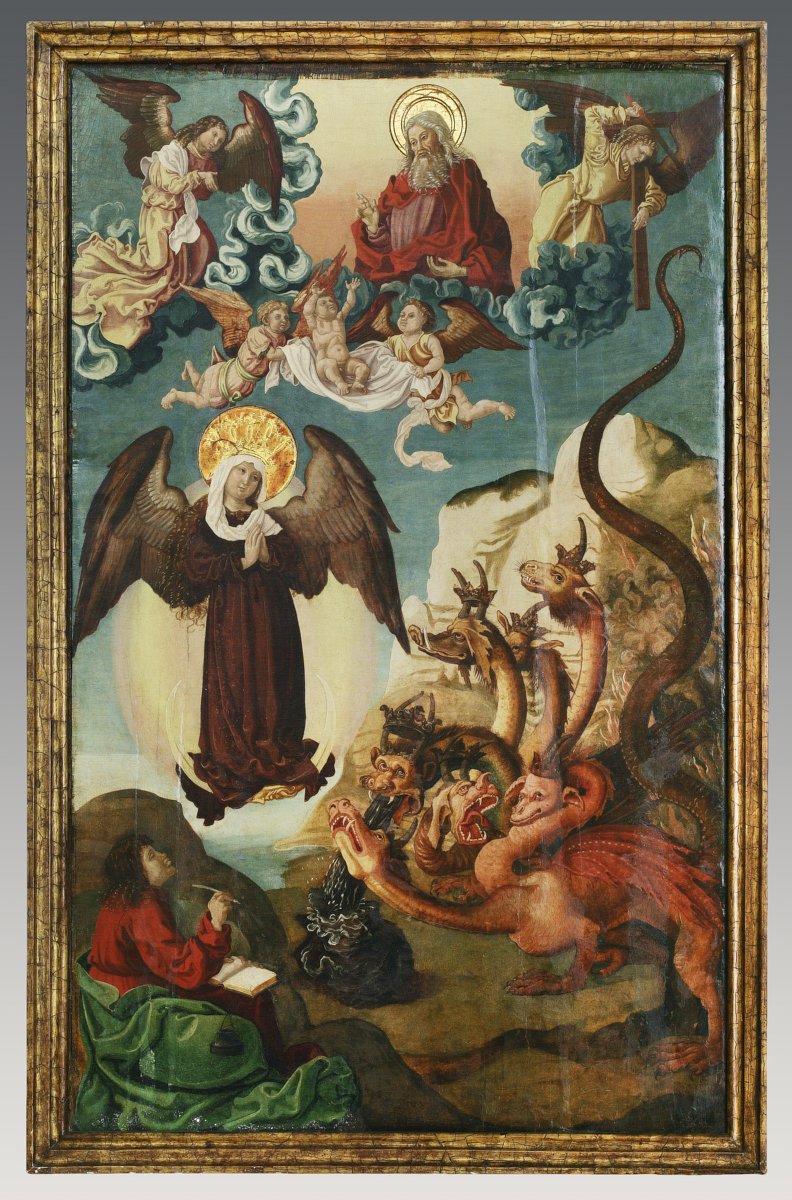 The Vision of St. John the Evangelist: the Apocaliptic Woman, detail of the work-day side of an altar wing from Szentbenedek (today Mănăstirea, Romania) Unknown Painter 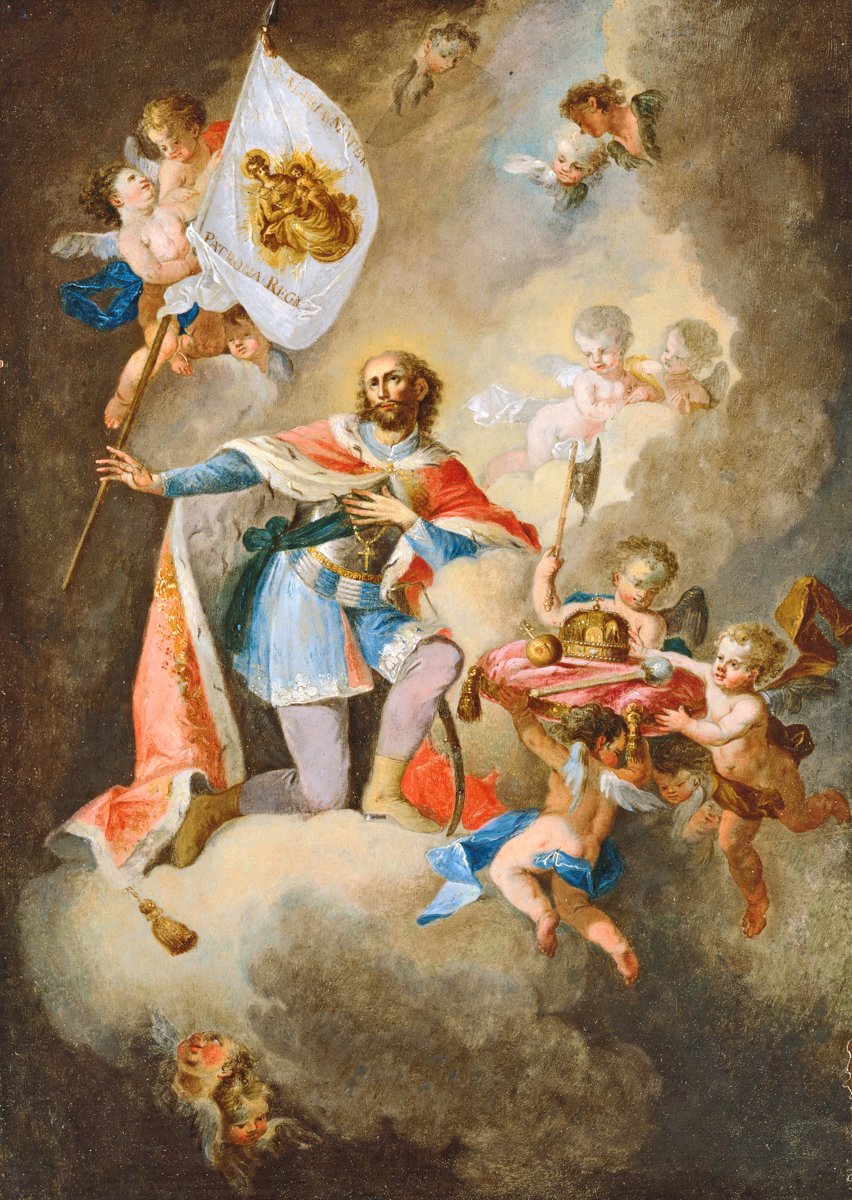 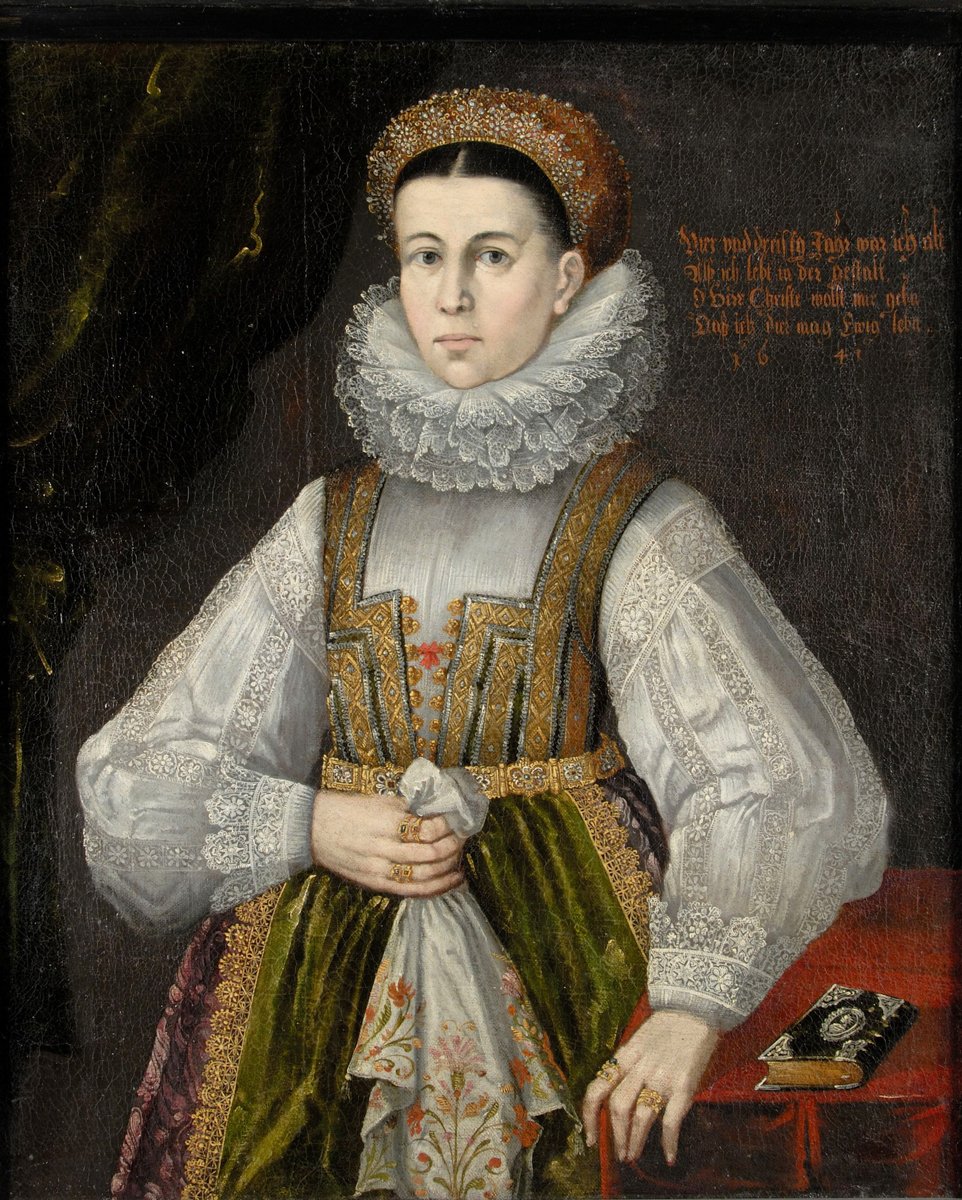 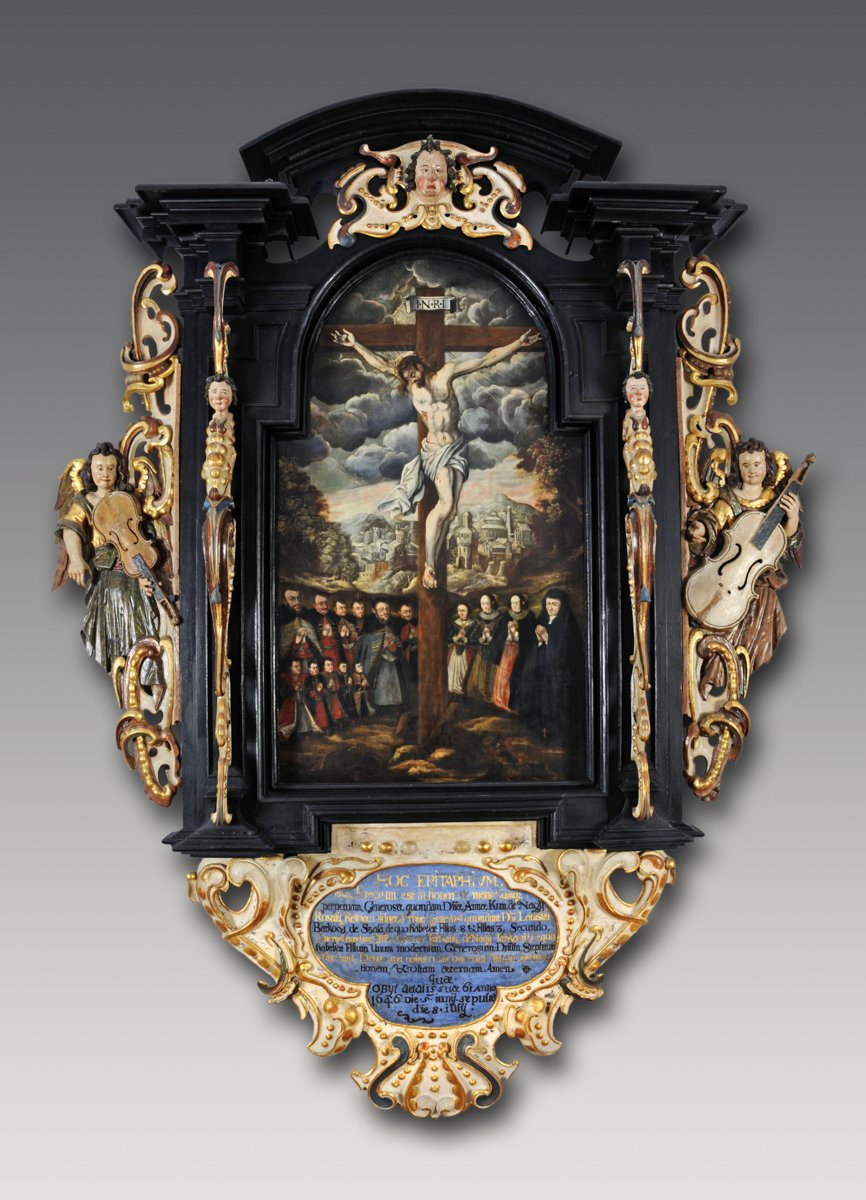 The Virgin Mary Altarpiece, the former high altarpiece of the Church of the Virgin Mary in Csíkmenaság (today Armăşeni, Romania), detail 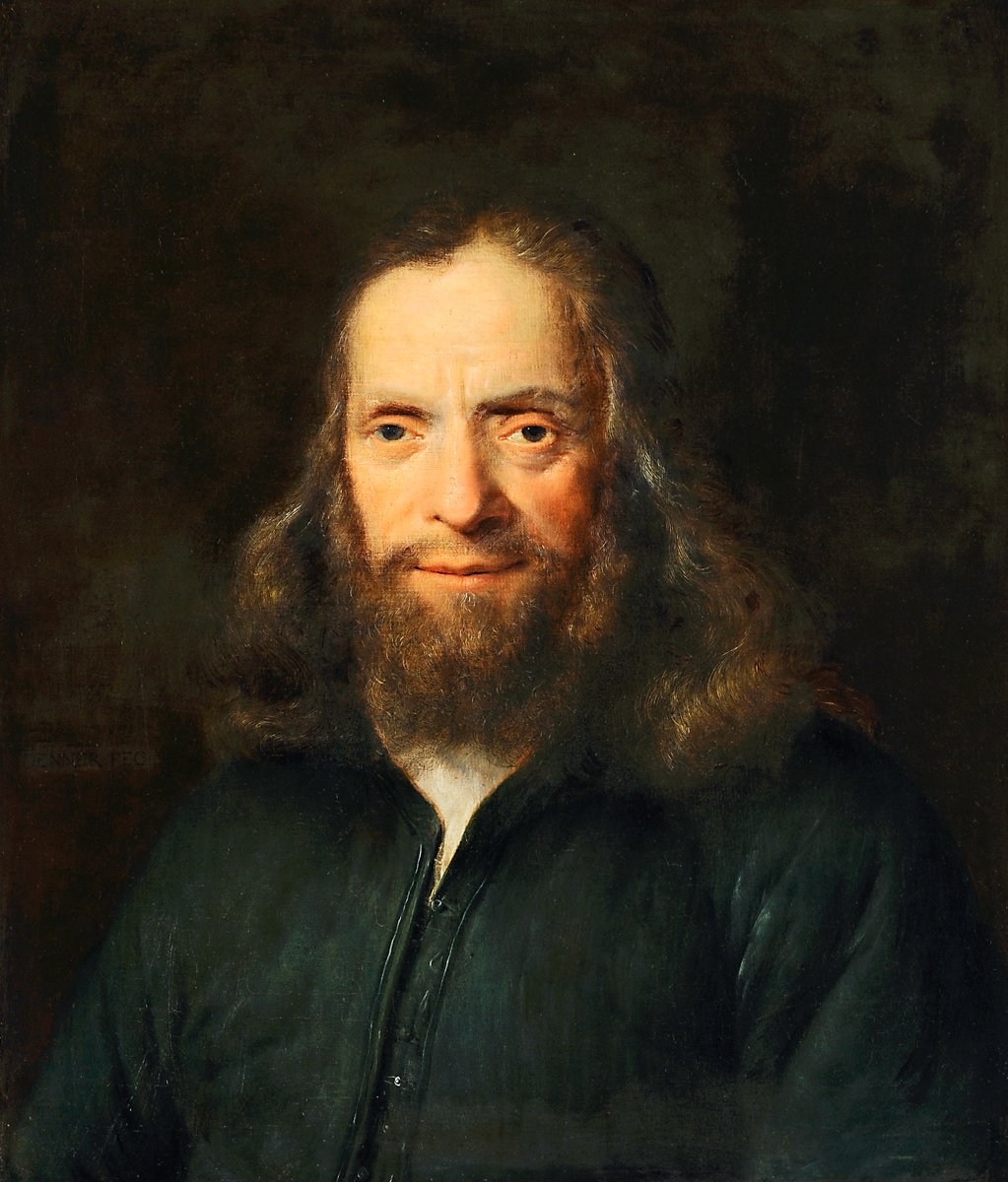 Portrait of a man Christoph Paudiss 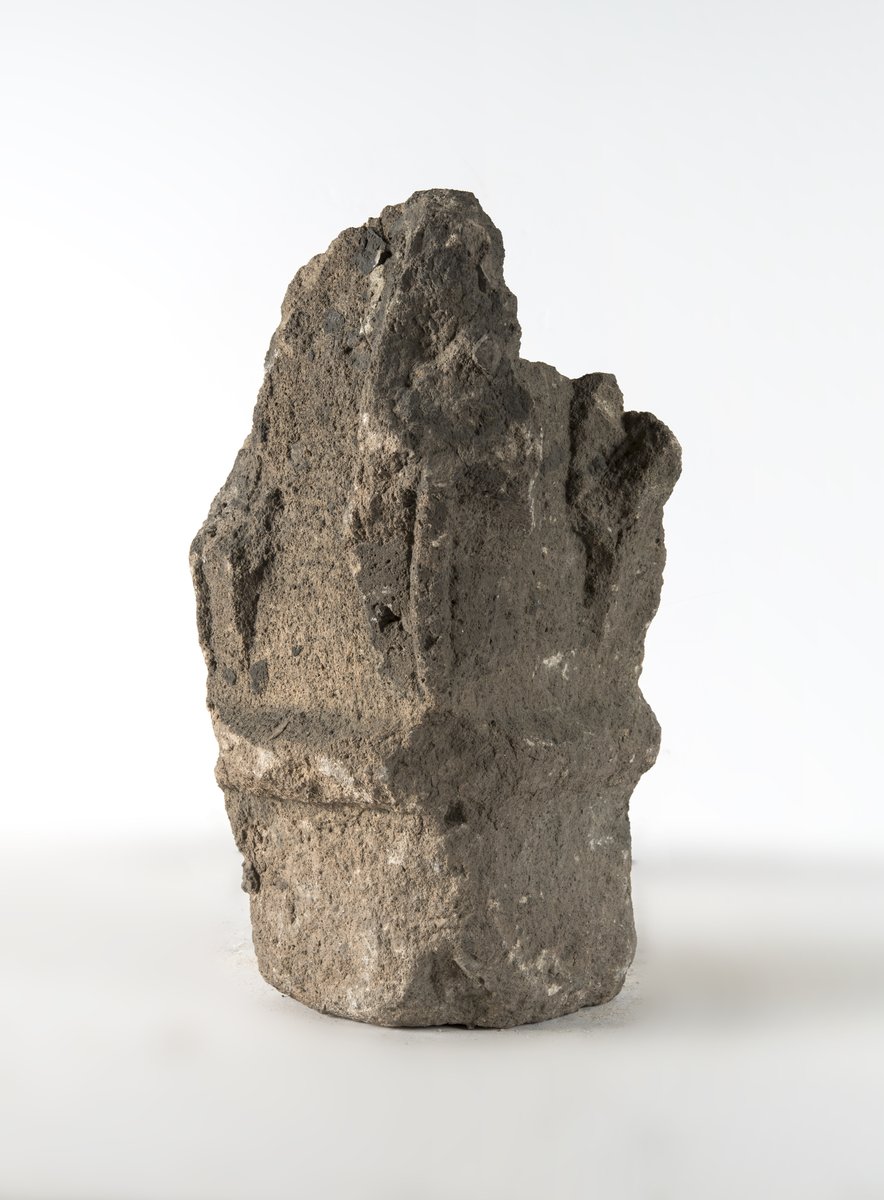 Fragment of a pinnacle from Kassa (today Košice, Slovakia)

Lamentation, in the shrine of the Passion altarpiece of Church of Saint Nicholas in Jánosrét (today Lúčky, Slovakia) 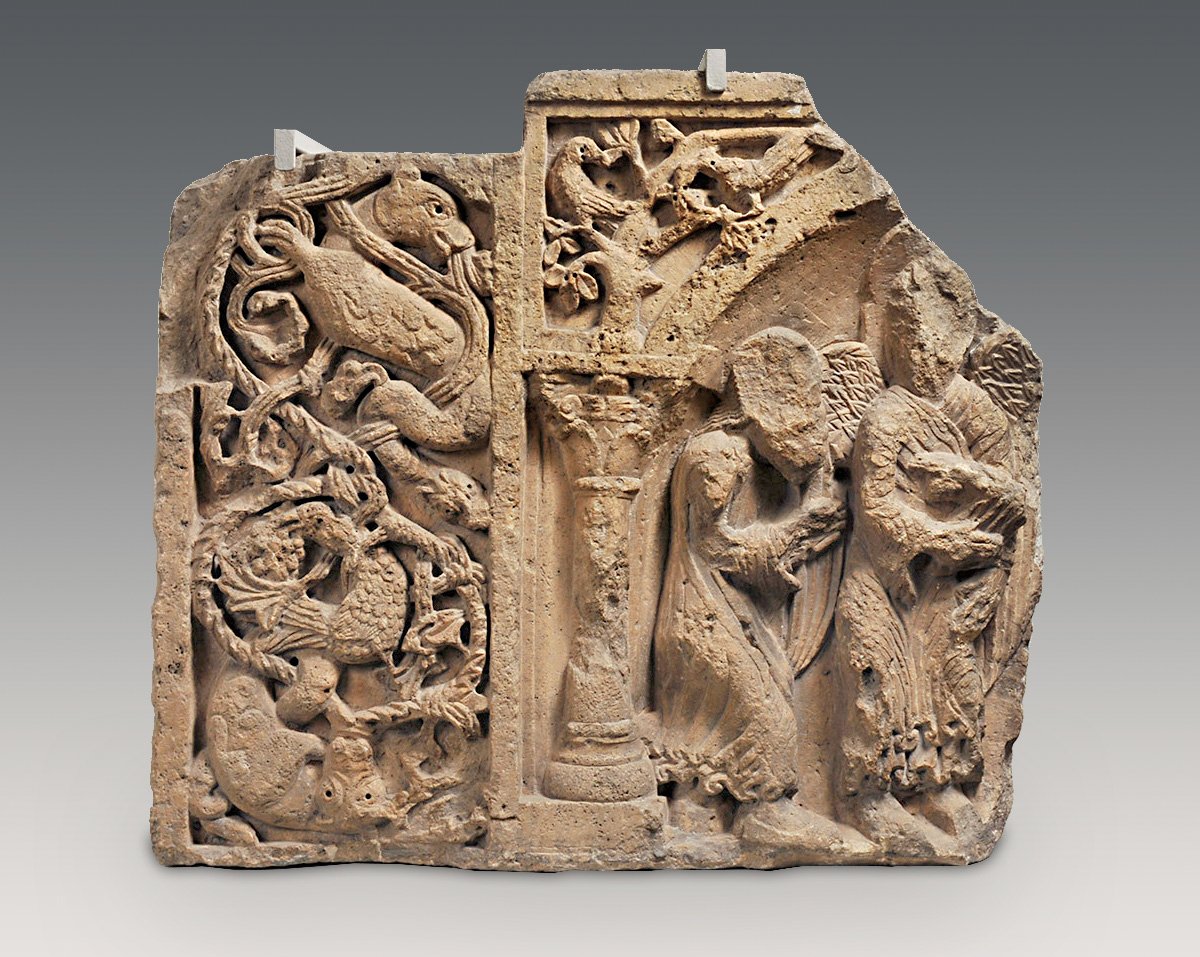 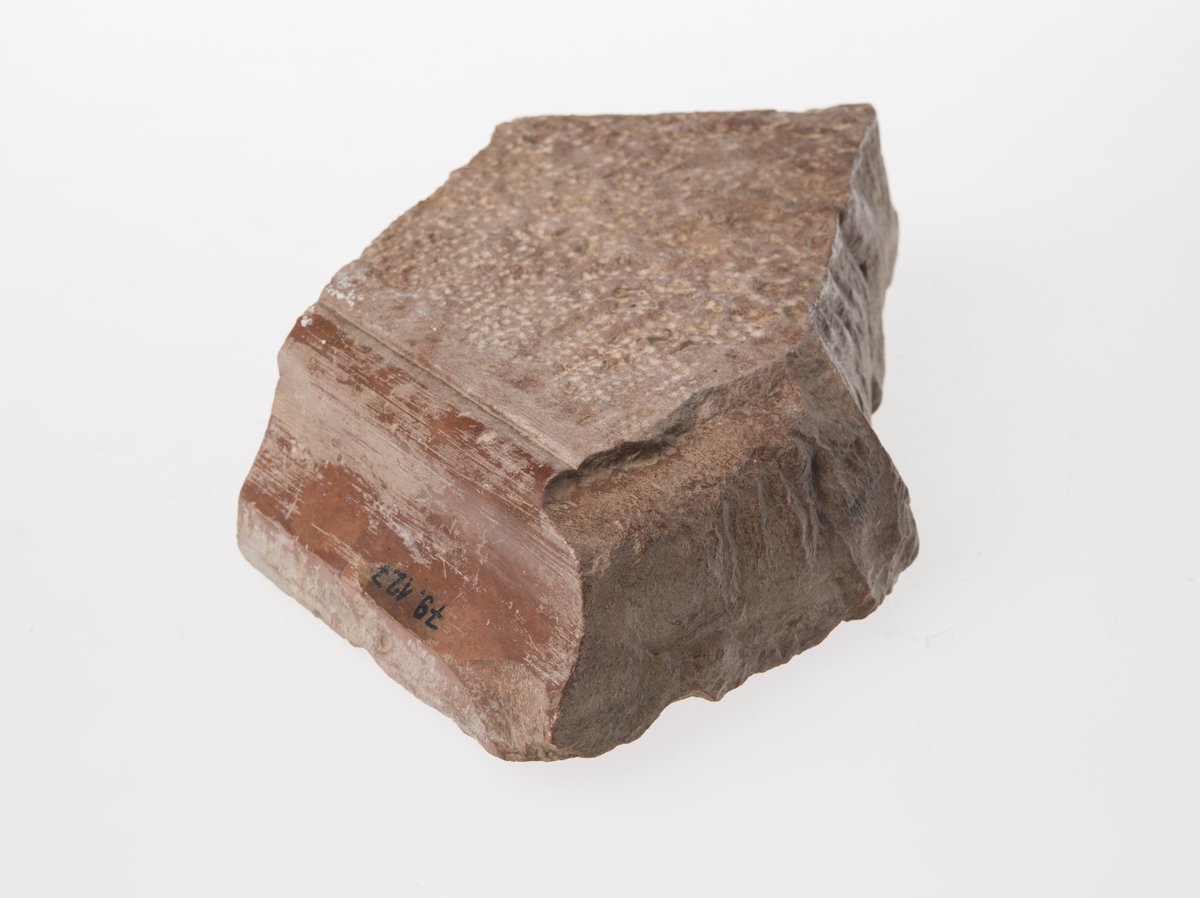 Fragment of the base platform from the tomb of Queen Gertrude