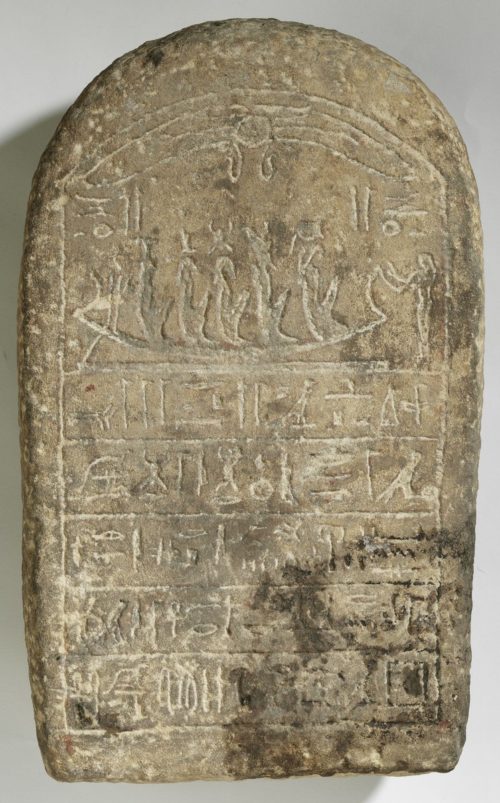 The first element of the round-topped upper register of the stela is the winged sun disc with a uraeus-serpent hanging off on both of its sides. Underneath, the figures of five deities (Re-Harakhty, Atum, Khepri, Isis, Nephthys) appear seated in a barque that rests on a low platform. In front of the barque is a female figure venerating the deities with her arms raised. In the lower register, the text of the offering formula inscribed in hieroglyphs can be read.
Based on the theme of the depiction and its stylistic characteristics, this stela belongs to the “barque stela” type. Both the scene and the accompanying texts emphasize the solar aspect of the belief in the afterlife. The three male deities are the three manifestations of the sun god: Khepri is the rising sun, Re-Harakhty is the triumphant deity shining on the zenith, and Atum is the setting sun preparing for its nocturnal journey. This stela type was common mainly in the vicinity of Aswan and the pieces that belong to this group date from the seventh–sixth century BC and the period that followed. 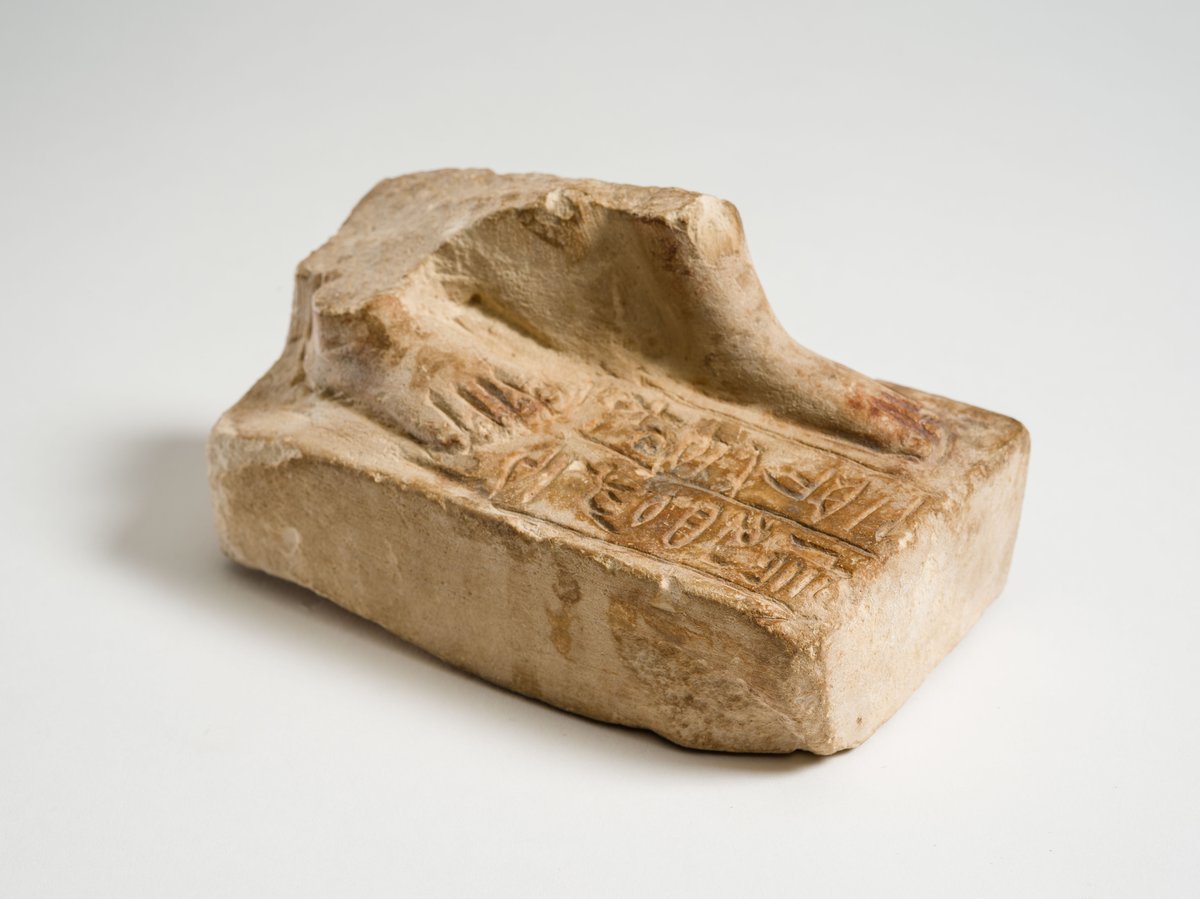 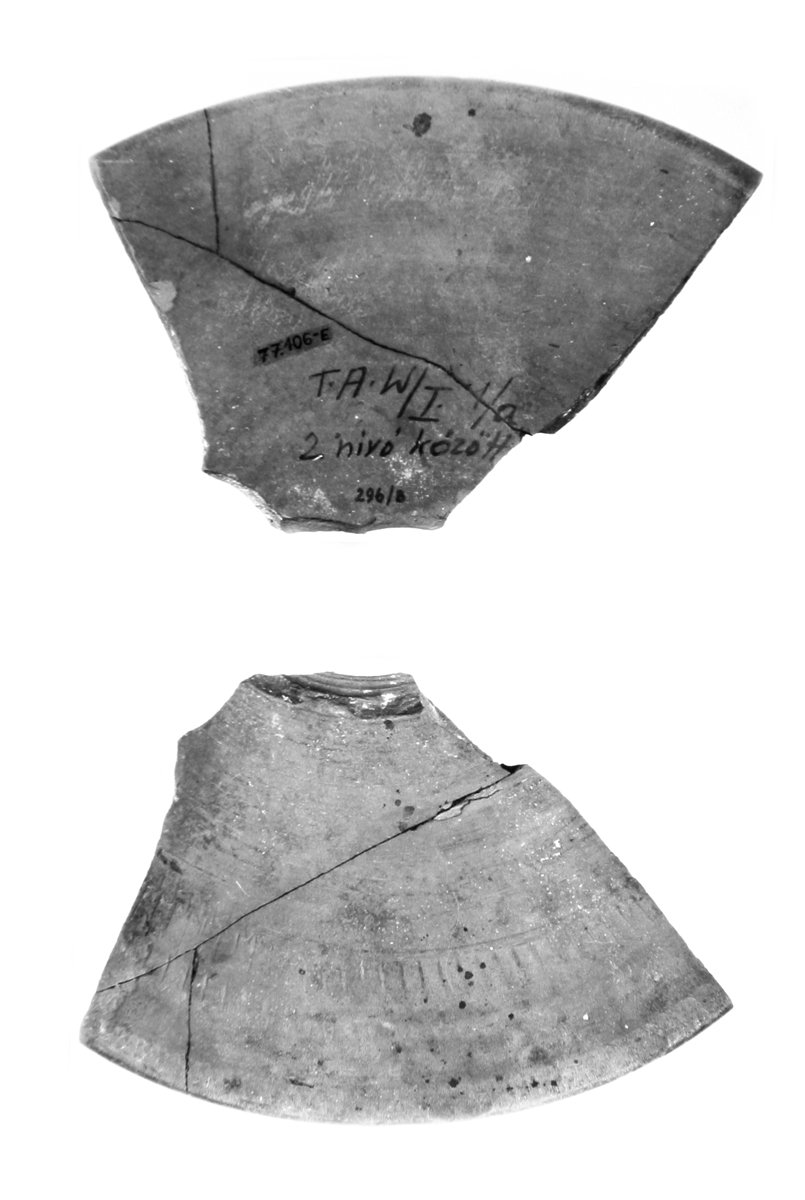 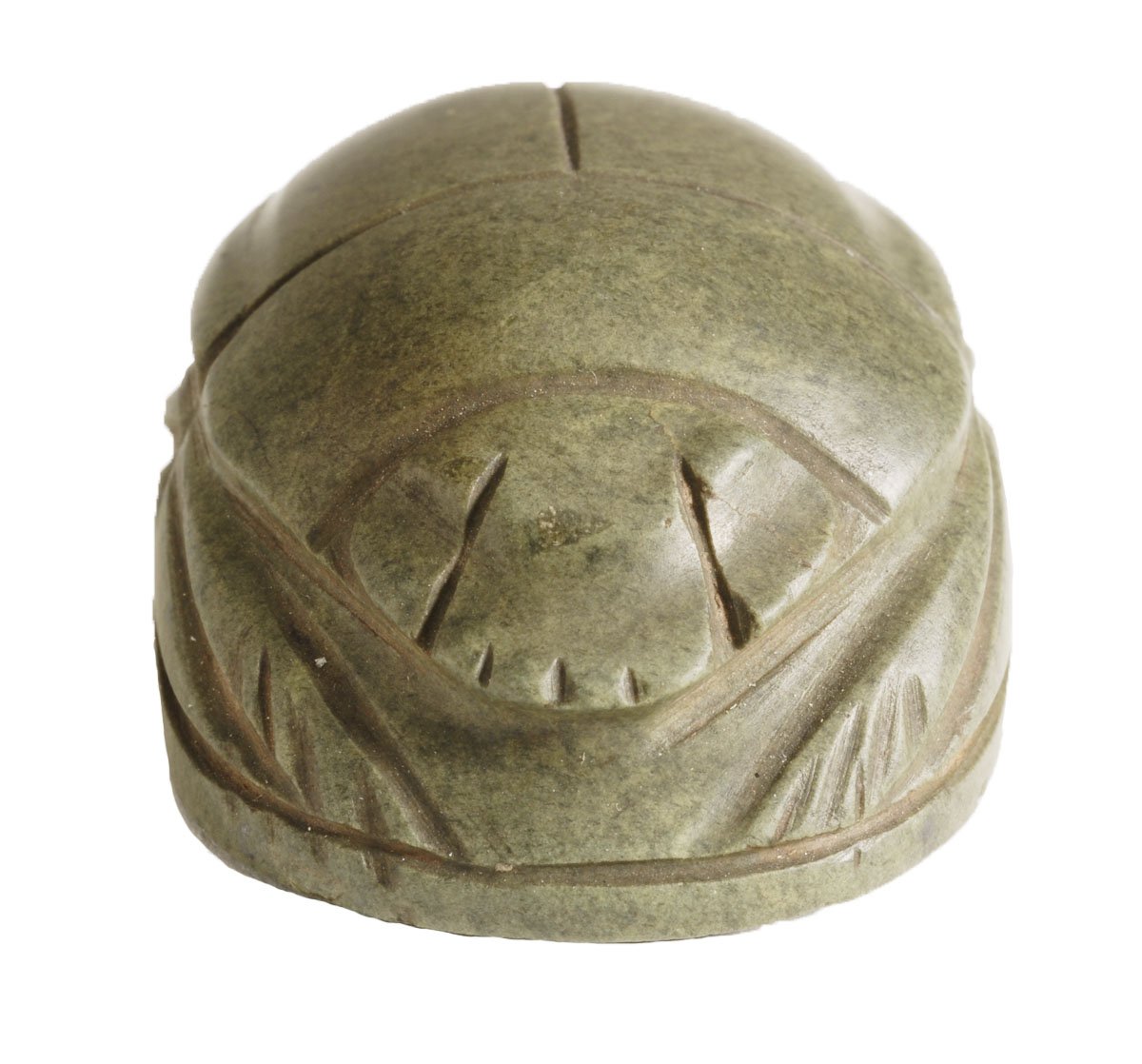 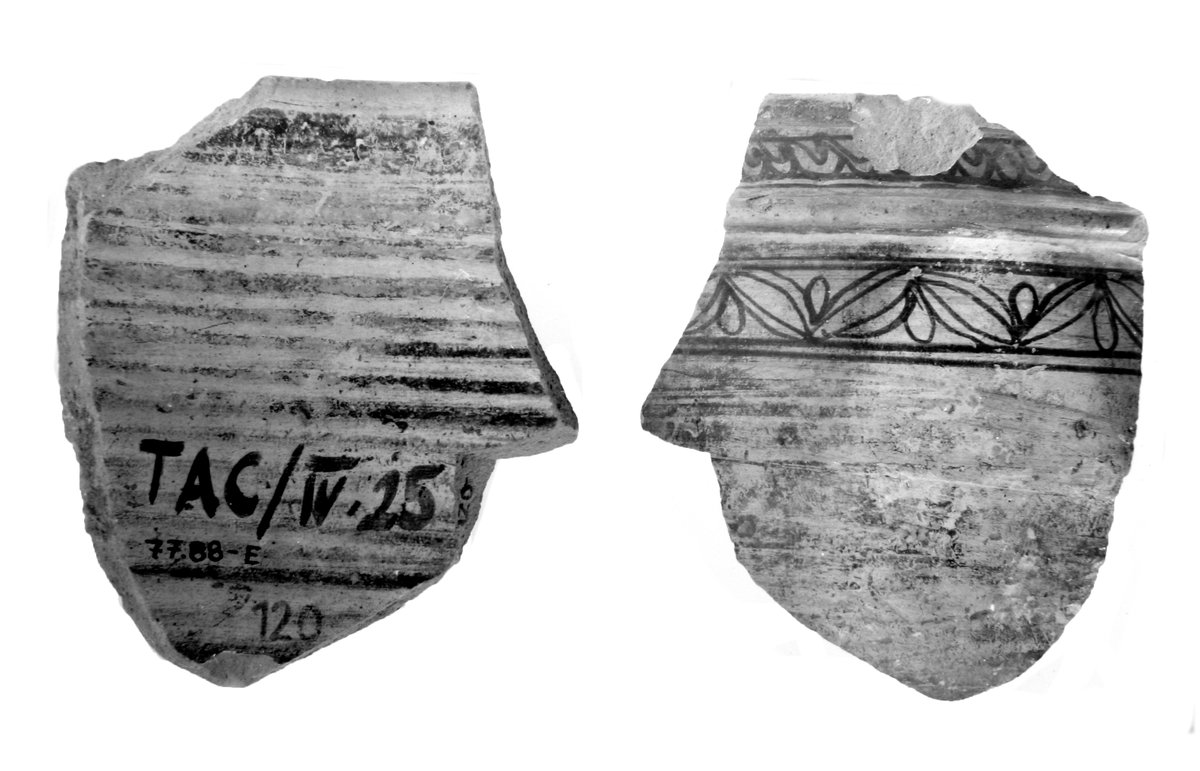 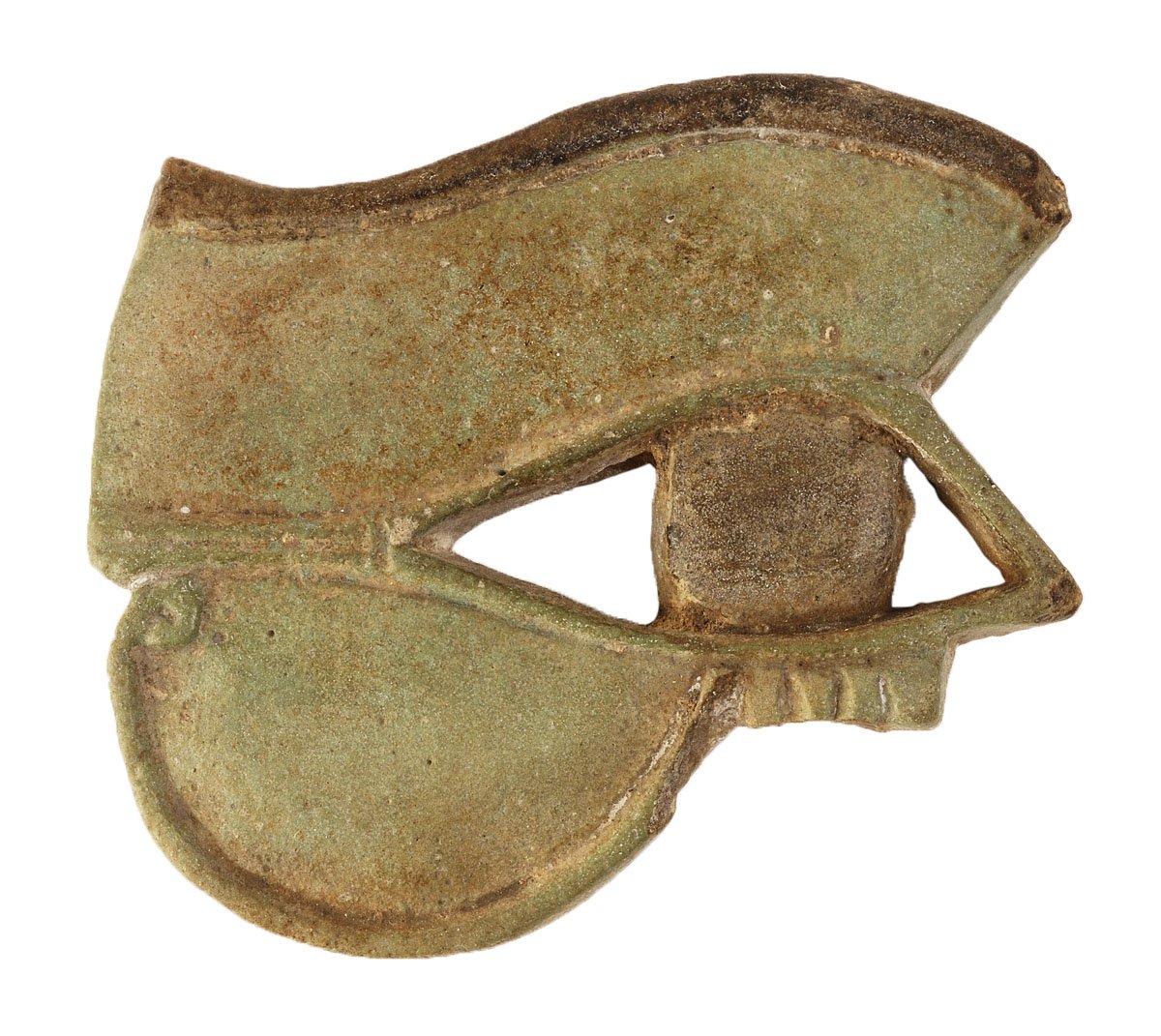 Fragment of an Amulet of Anubis 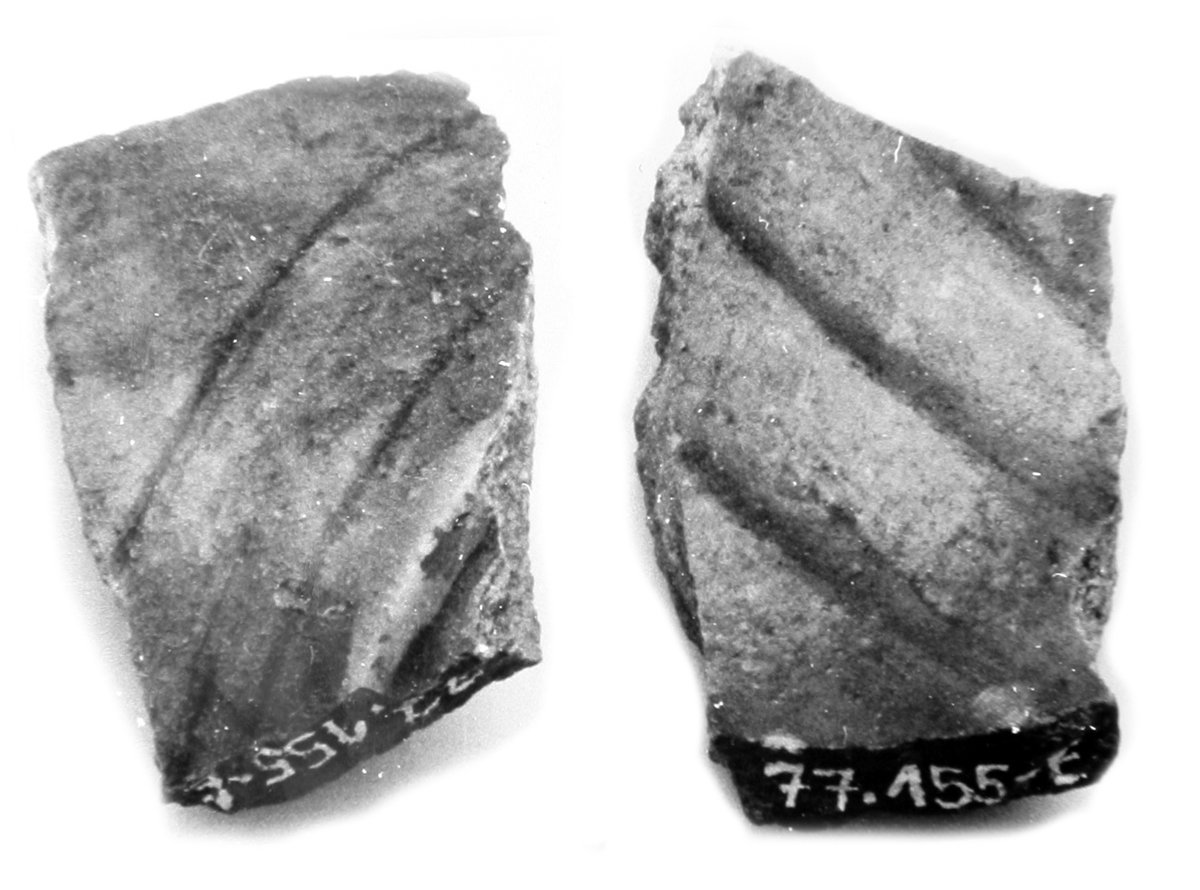 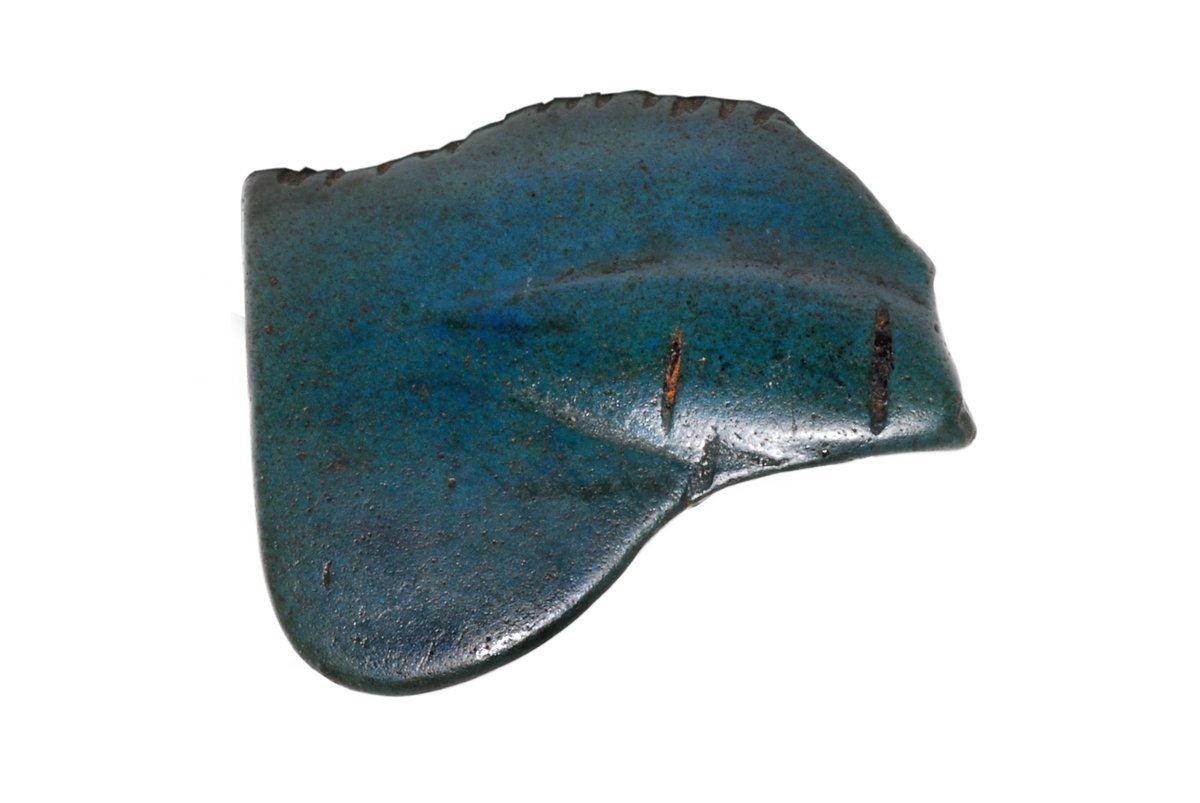