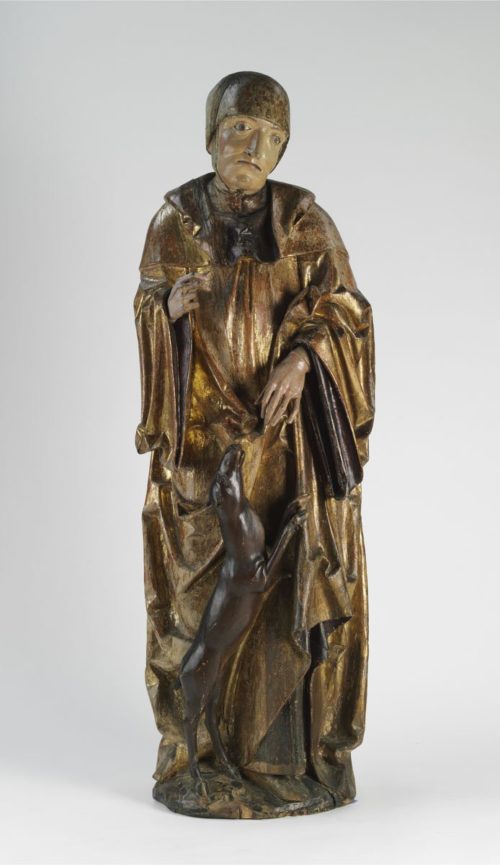 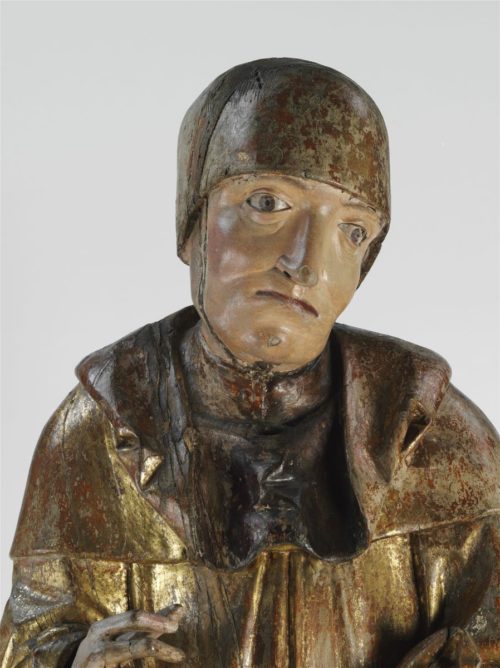 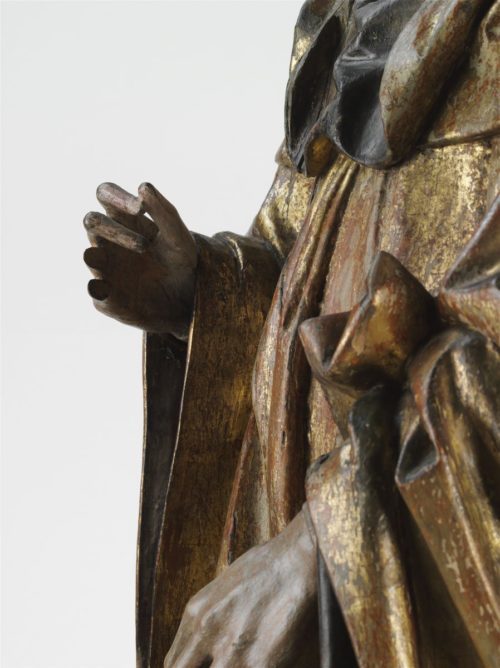 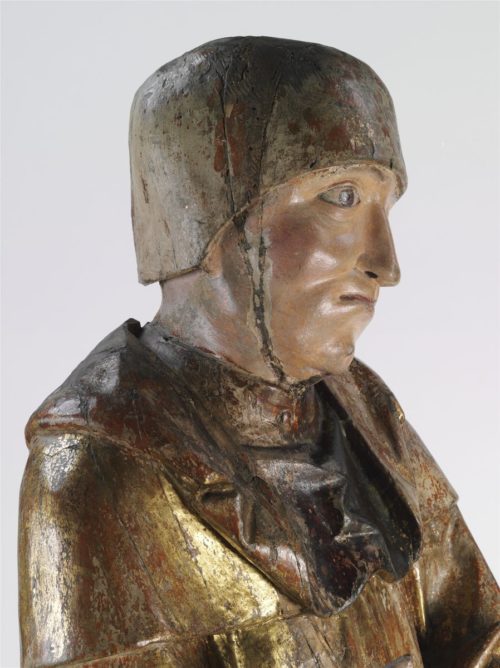 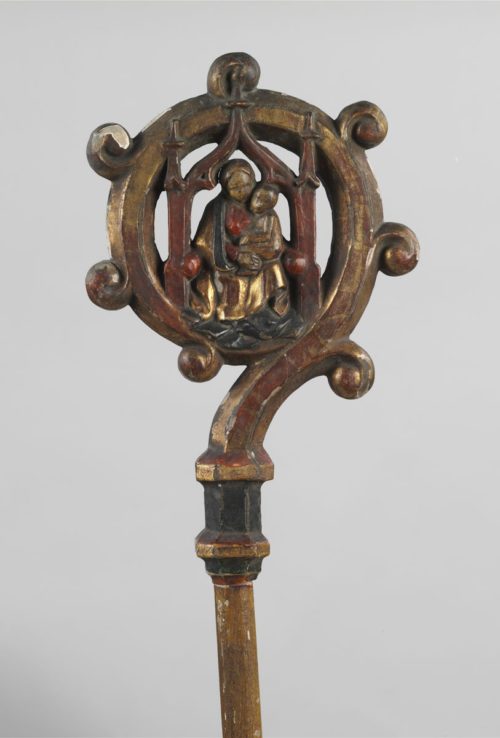 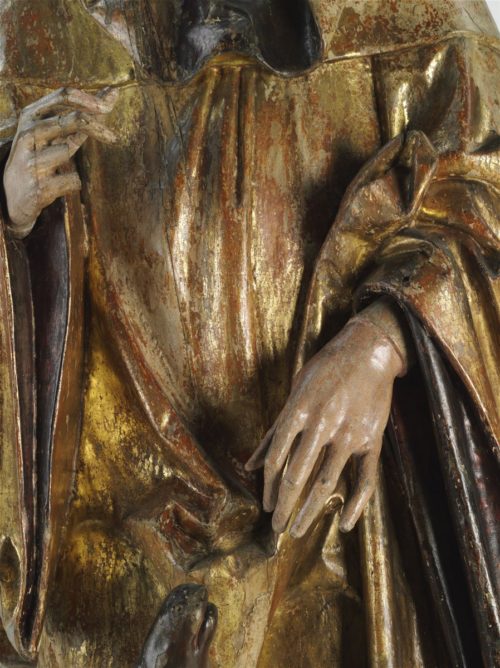 Saint Giles, the Benedictine monk and abbot, is the patron saint of wild beasts and one of the fourteen Holy Helpers. The veneration of the fourteen saints arose, modelled on the cult of the apostles, in the Middle Ages. According to the tradition, when facing major problems, the faithful could turn to these saints for assistance. In the medieval period Saint Giles was especially popular in the Germanspeaking lands, where he was often depicted. The richly gilded statue may once have stood in the middle of a winged altarpiece; the deer at Saint Giles’s feet is his attribute. Seemingly, the original crosier was lost; the one held by the figure is a nineteenth-century replacement, with carving imitating the Gothic style. 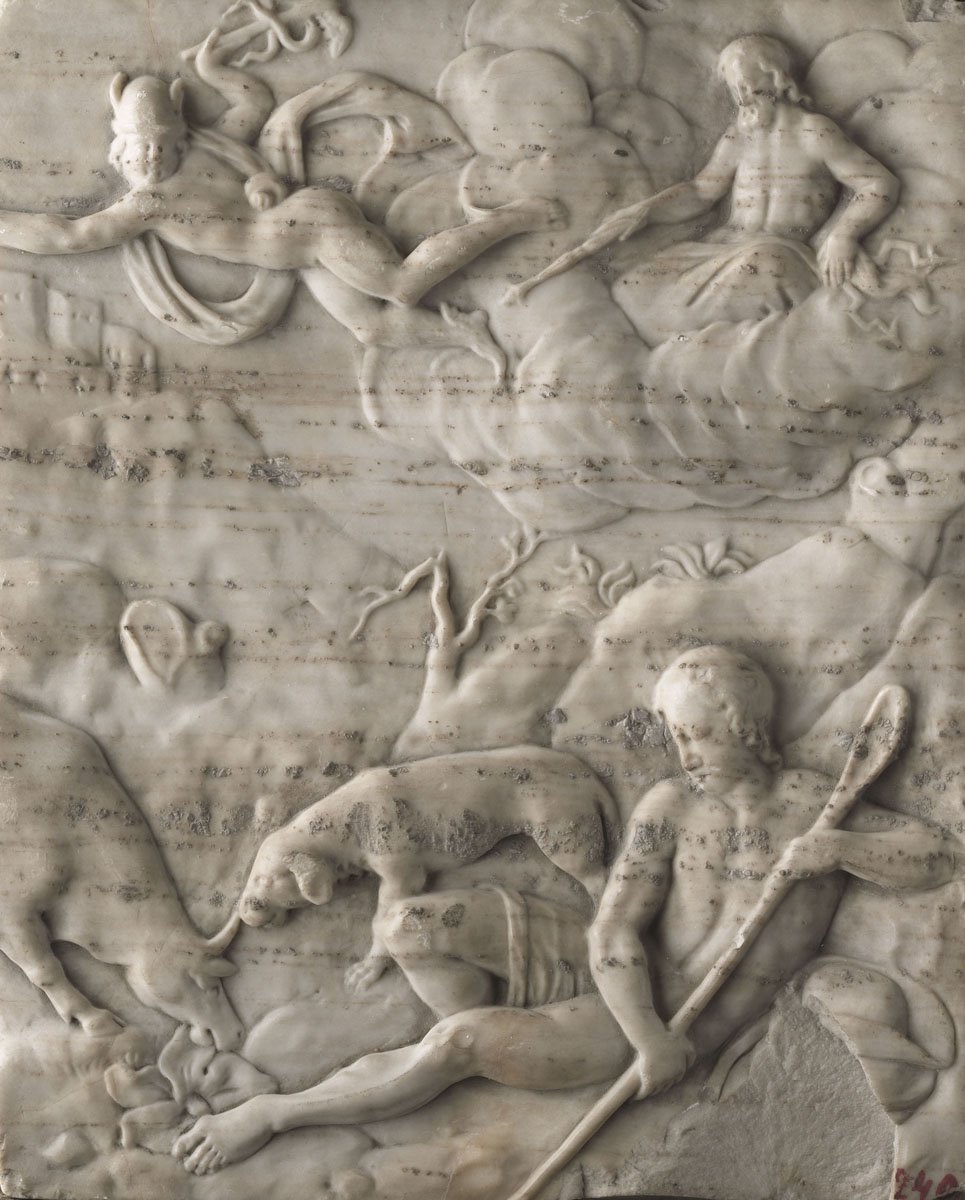 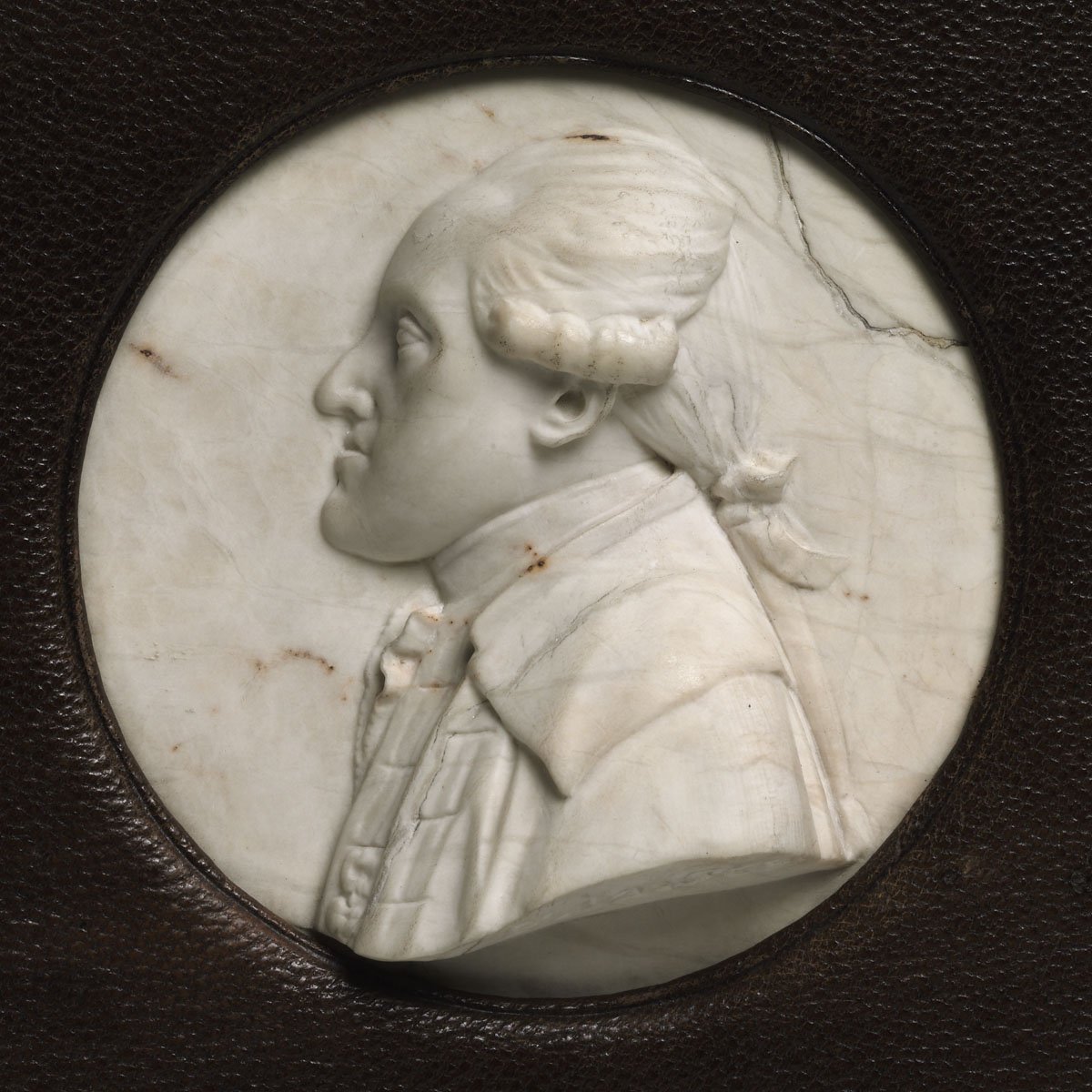 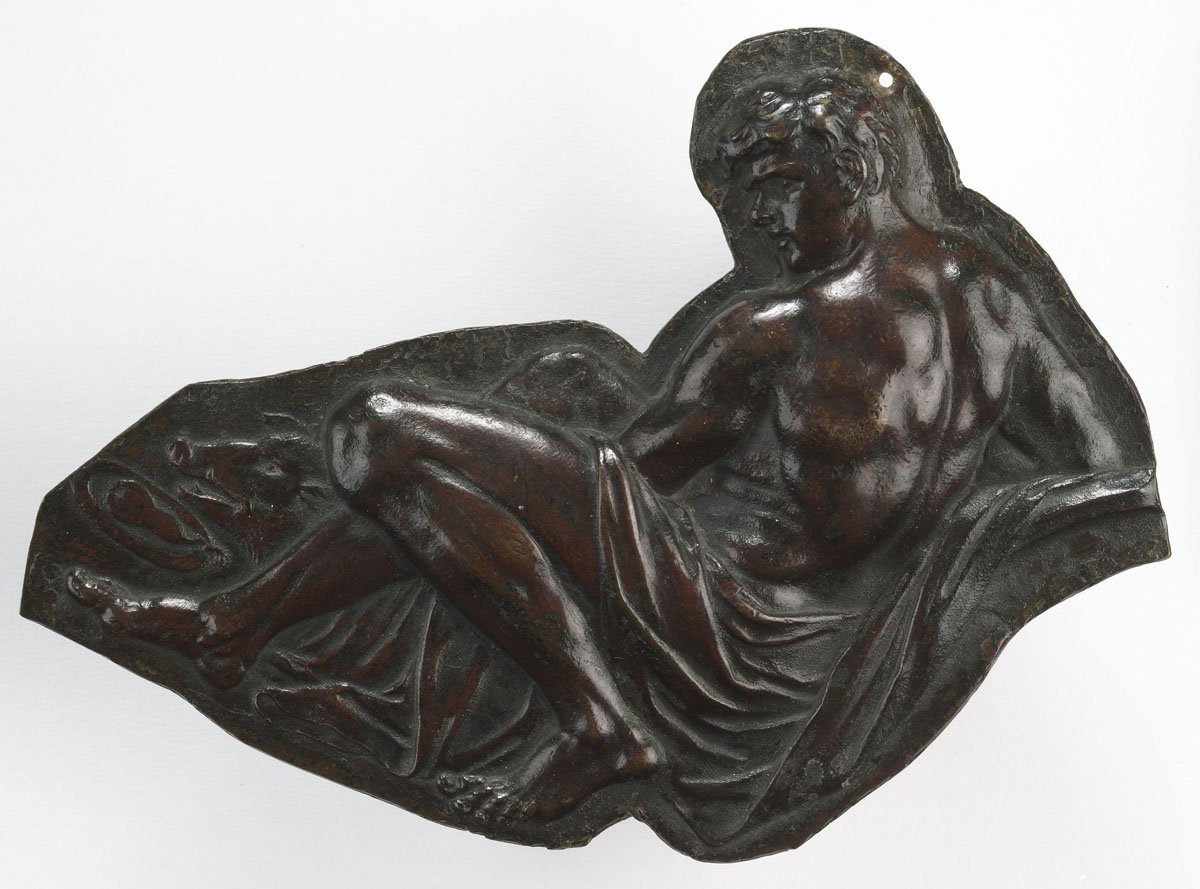 Allegorical Sitting Figure (one of the Four Temperaments) Michelangelo Buonarroti (after) 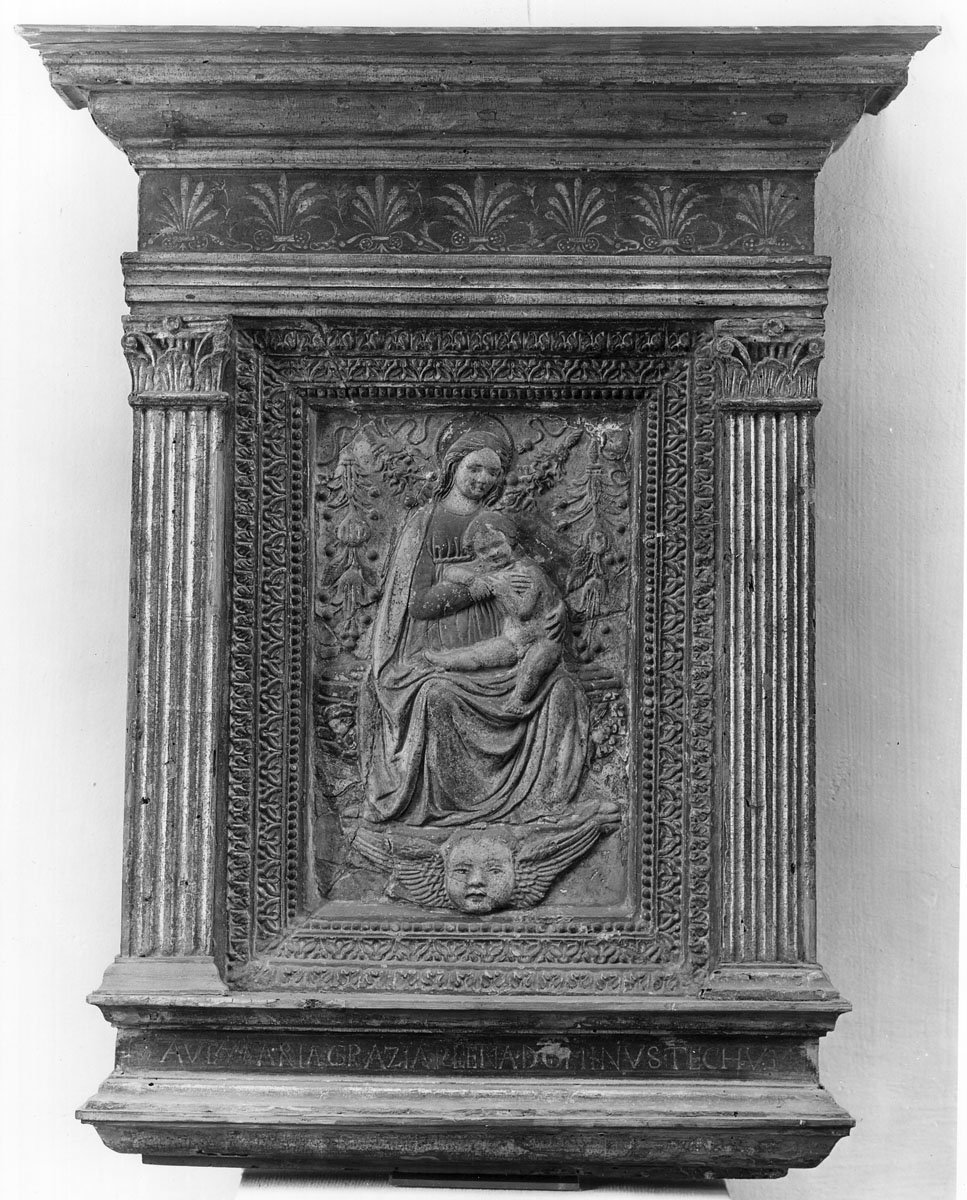 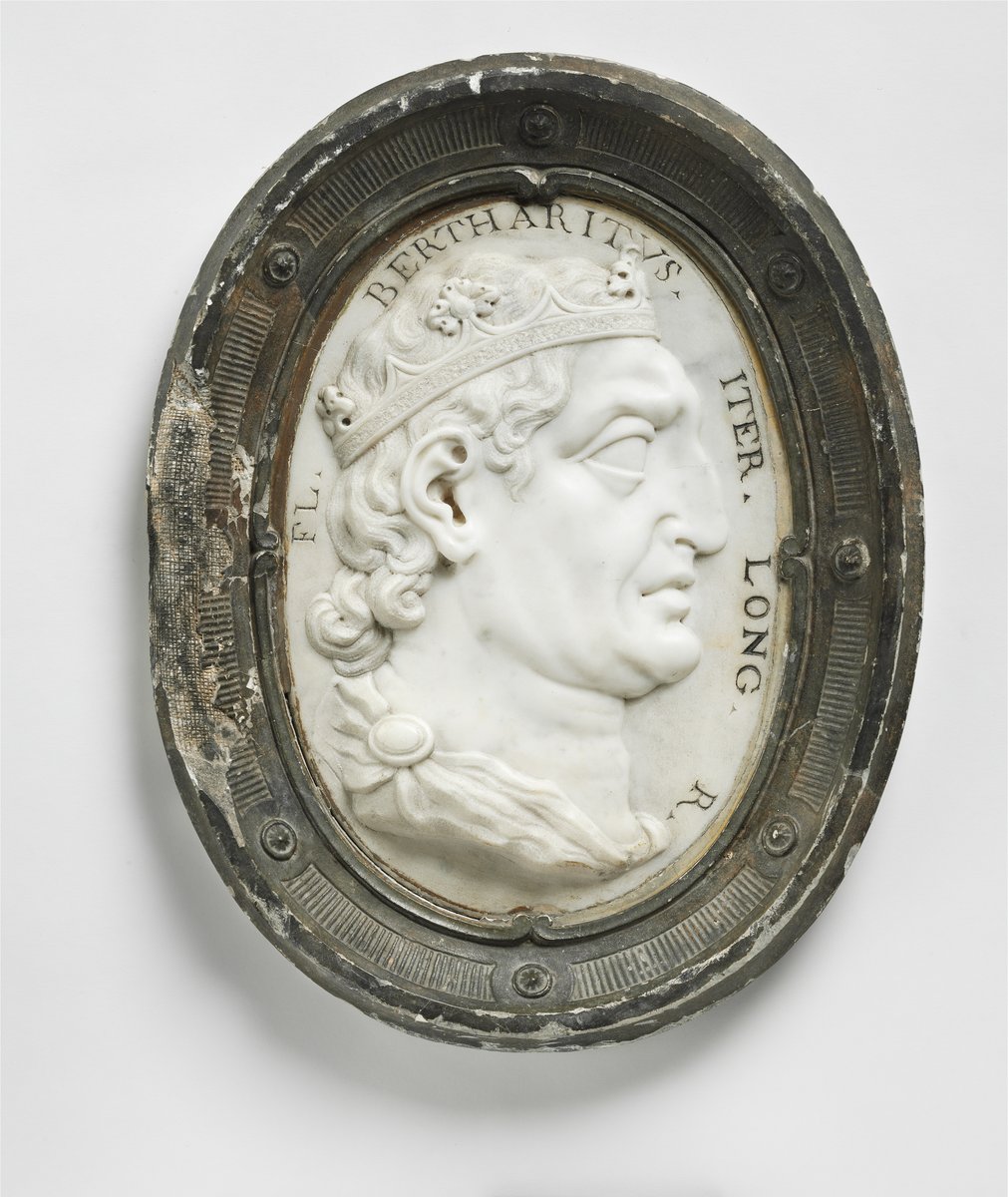 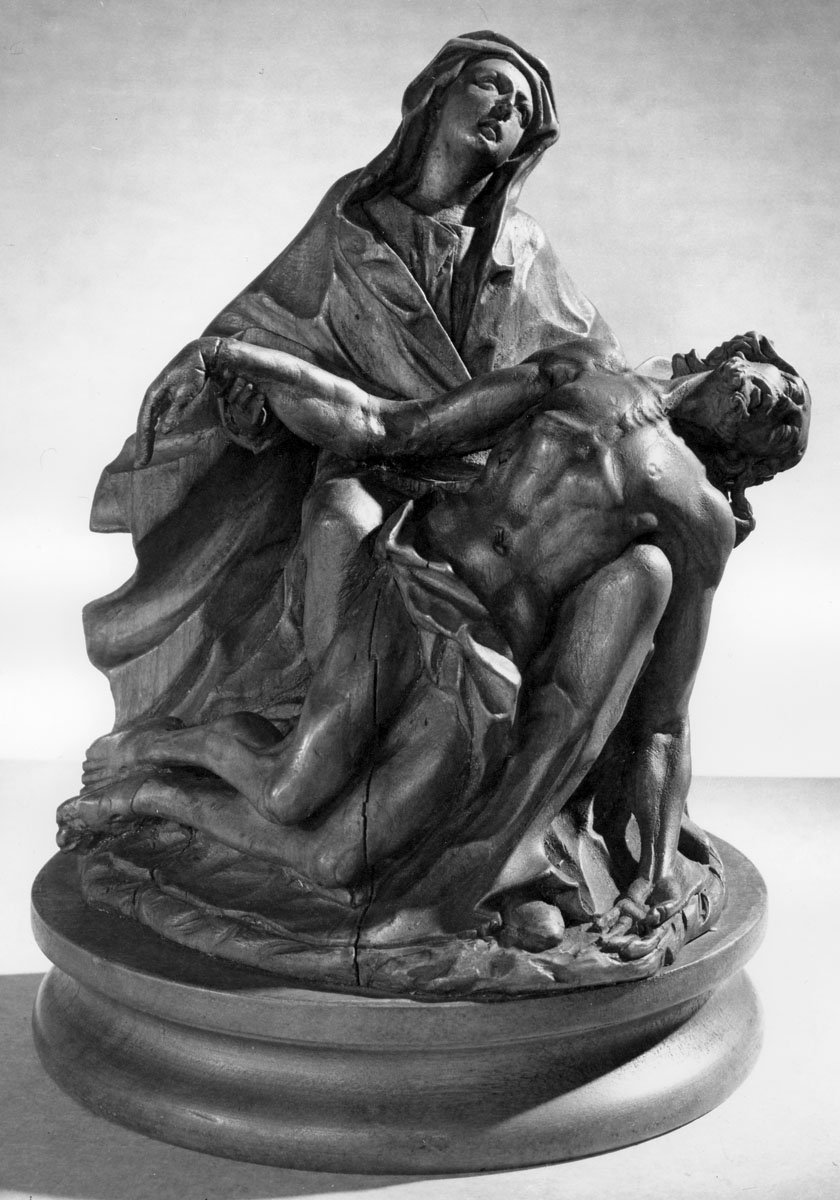 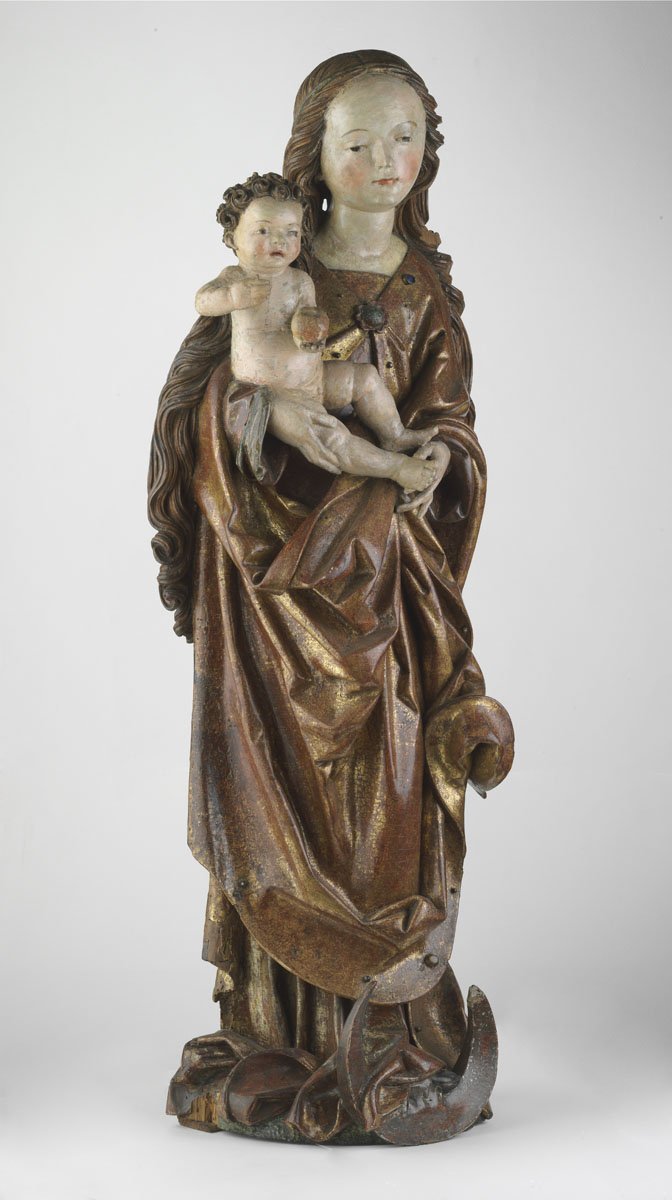