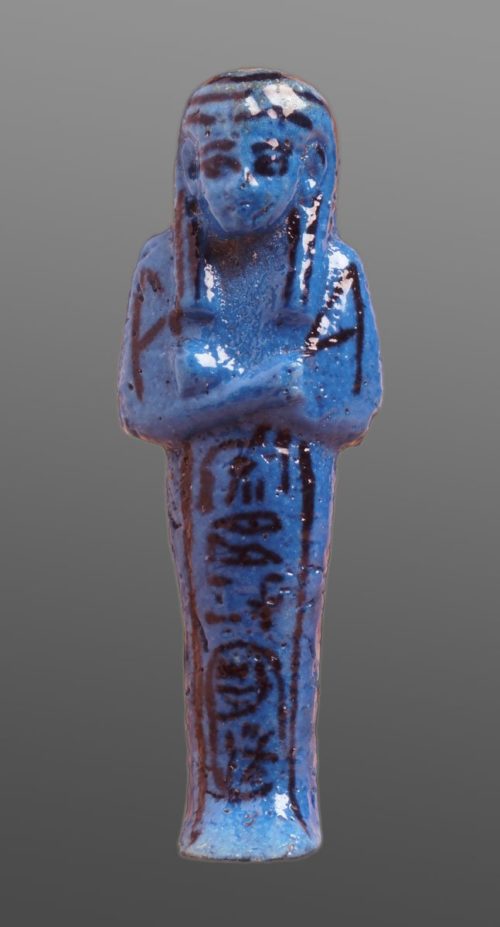 The details of the face, the tripartite wig and the tools held by the figure are all marked with black painting on this dark blue, mummy-shaped statuette. In the short inscription on its front side, the name of the owner, Pinudjem I can be read. After the death of the last Ramesside ruler anarchy broke out in Egypt and the disintegration of the central power, a process that had started in the lifetime of the king, came full circle. The city of Tanis at the Nile Delta became the capital of the new (Twenty-first) dynasty. Thebes and the southern part of the country were ruled by the Amun-priesthood. Some of the High Priests, such as Pinudjem, claimed the rights of the pharaoh for themselves and recorded their names on monuments as rulers. The burial of Pinudjem I and his family was placed in a cachette at Deir el-Bahari which was discovered at the end of the nineteenth century. 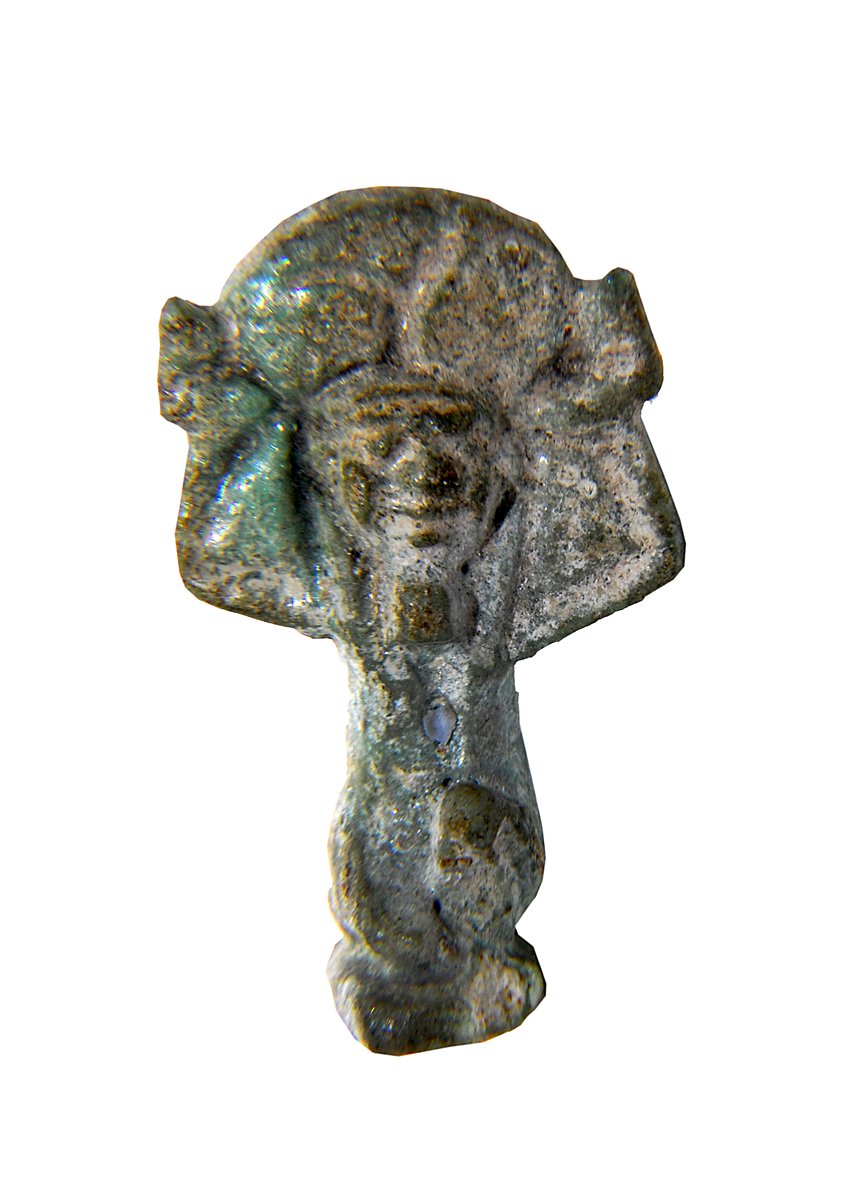 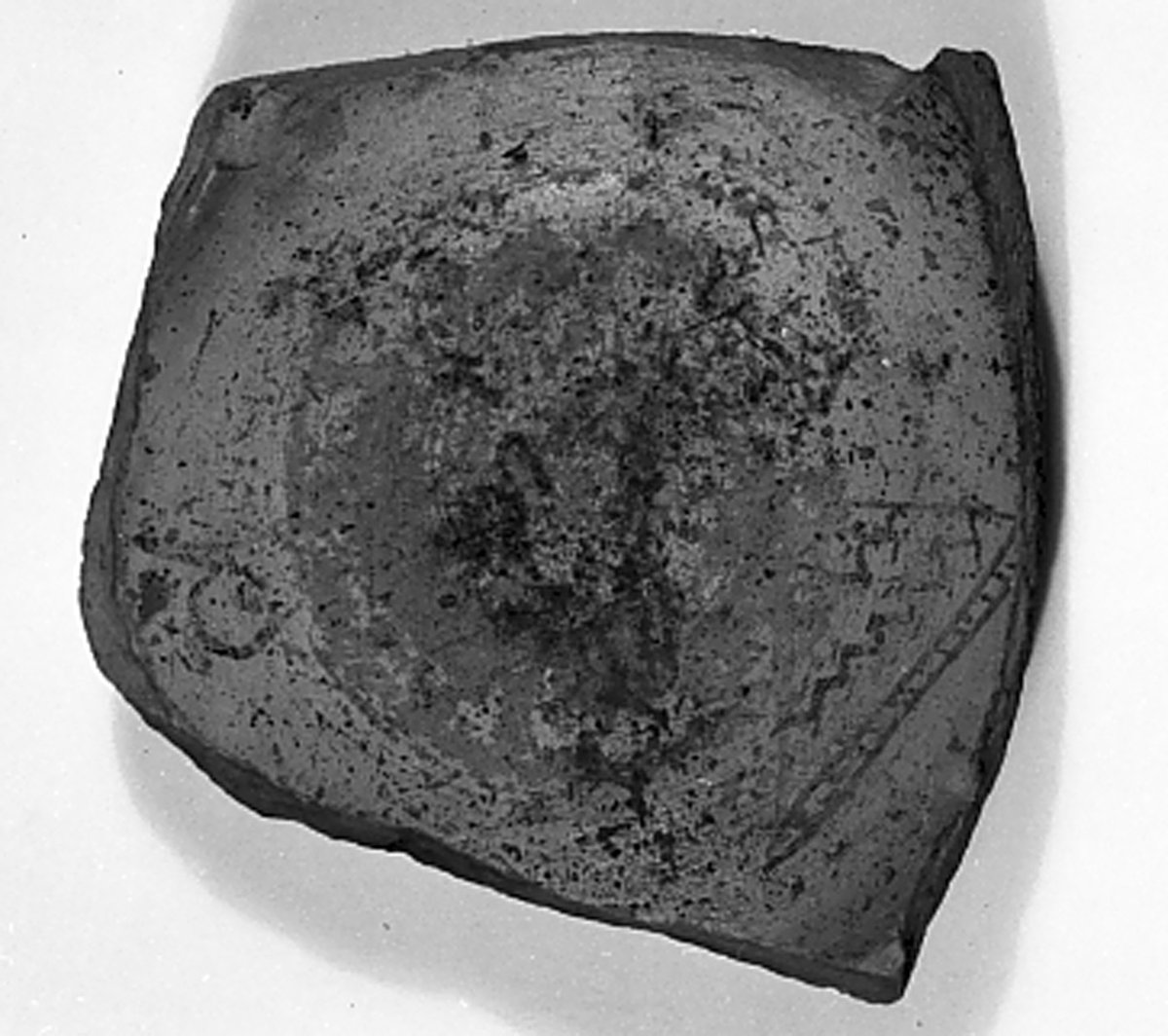 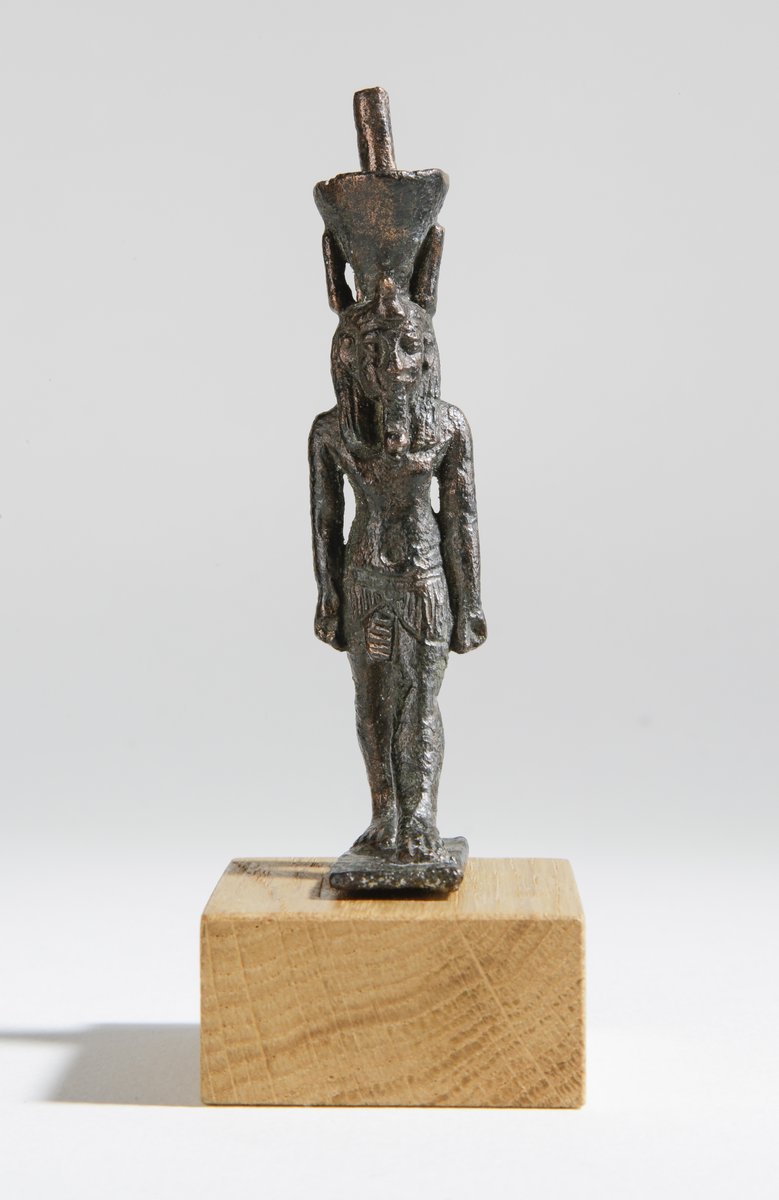 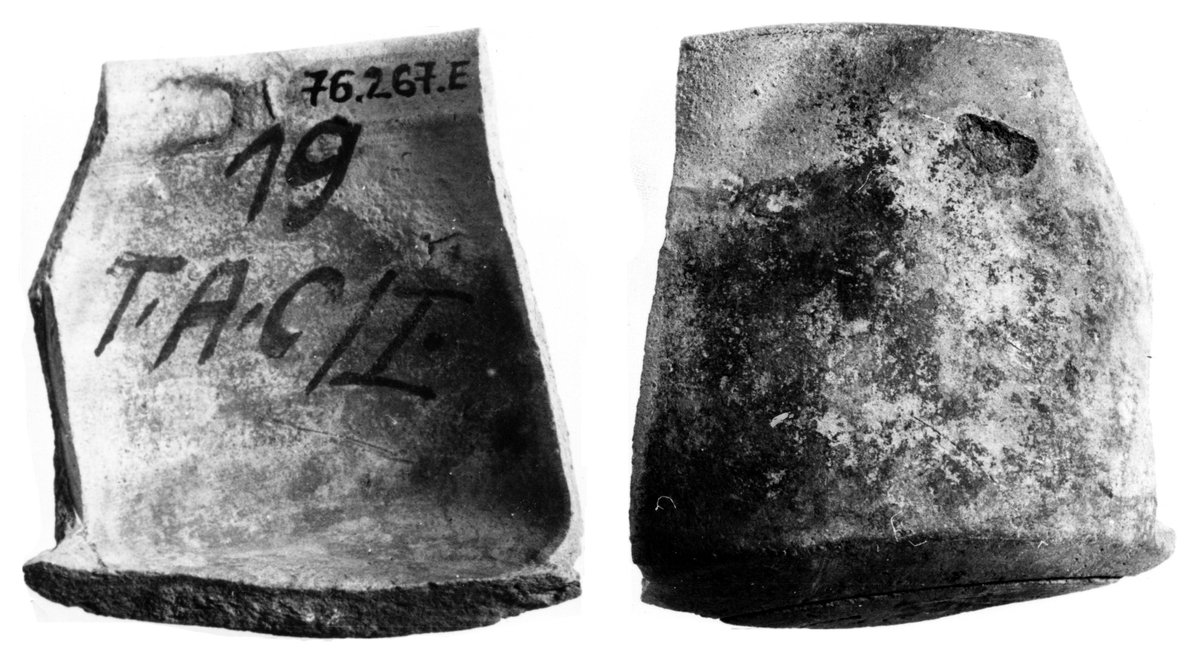 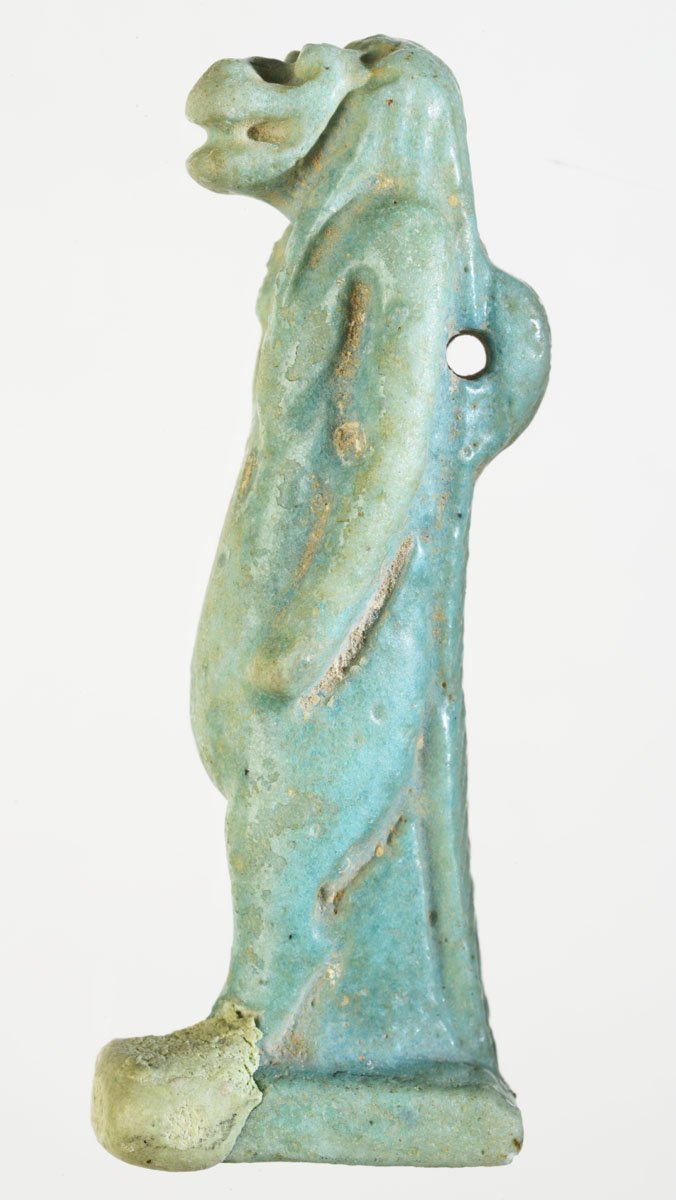 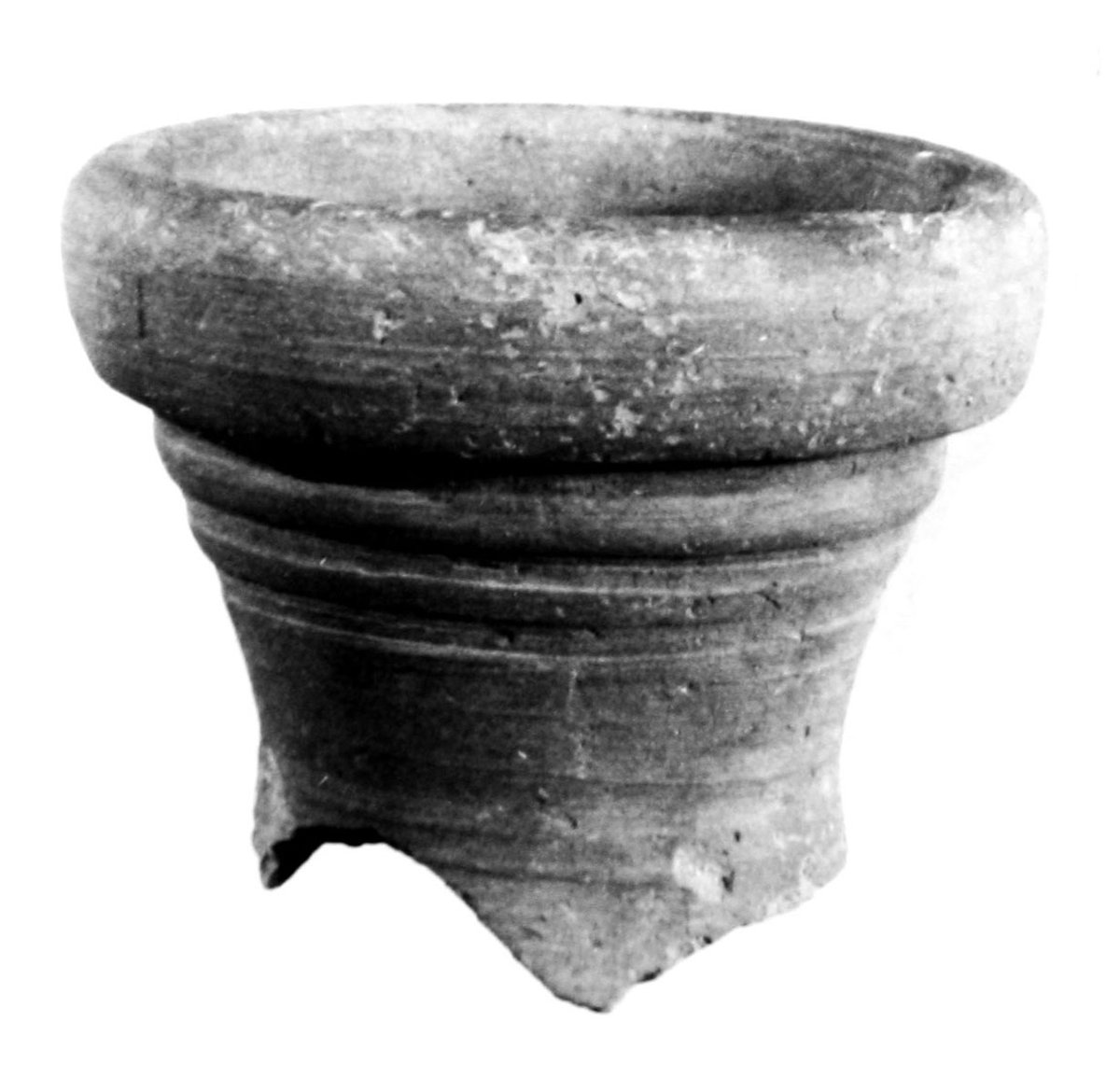 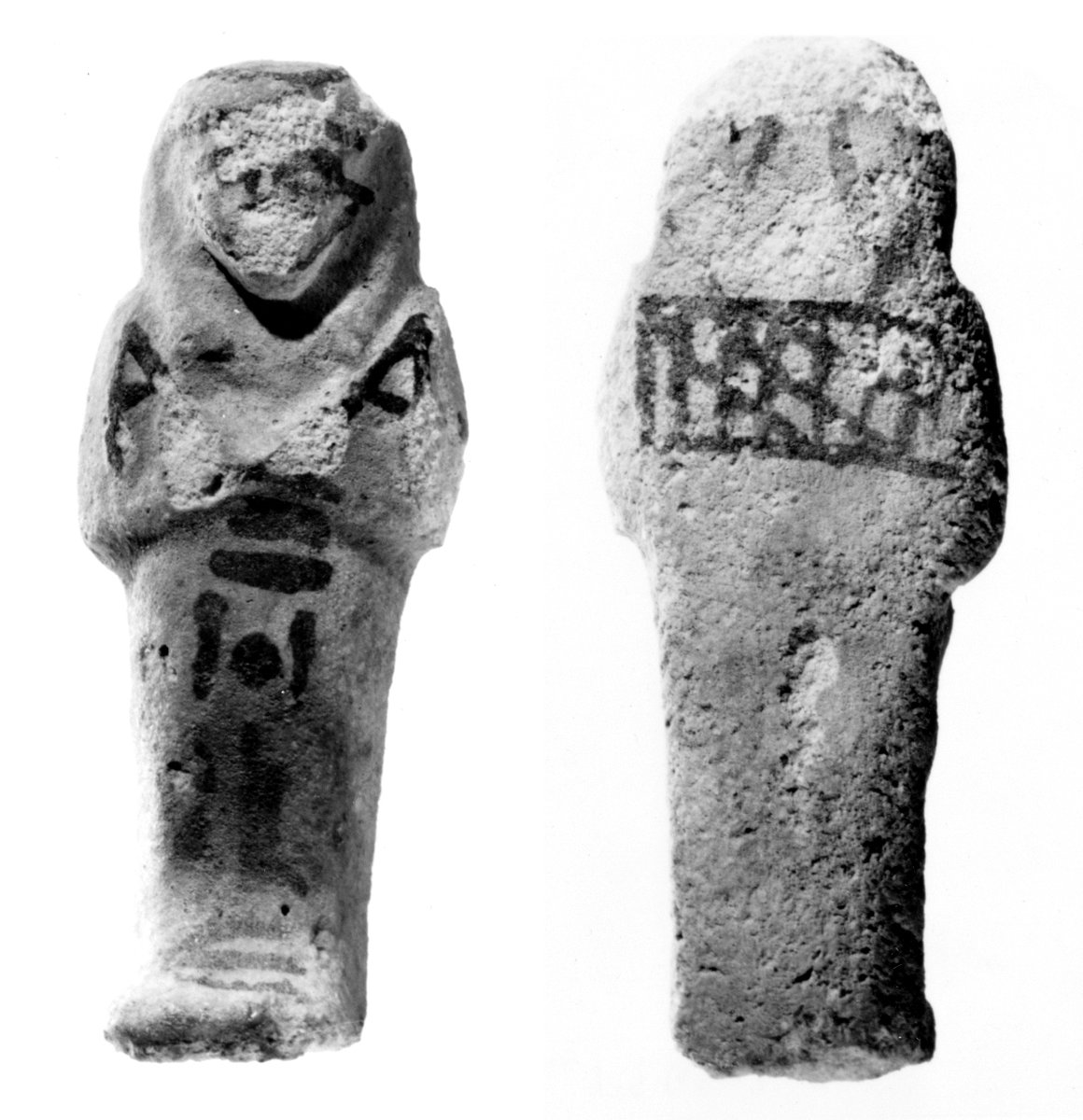 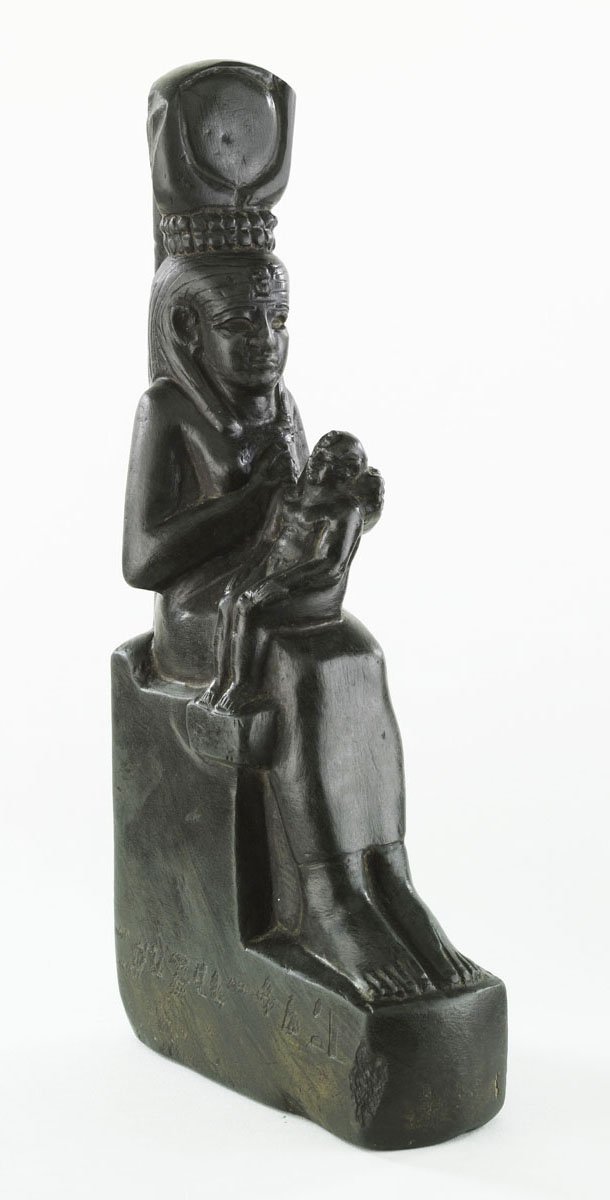 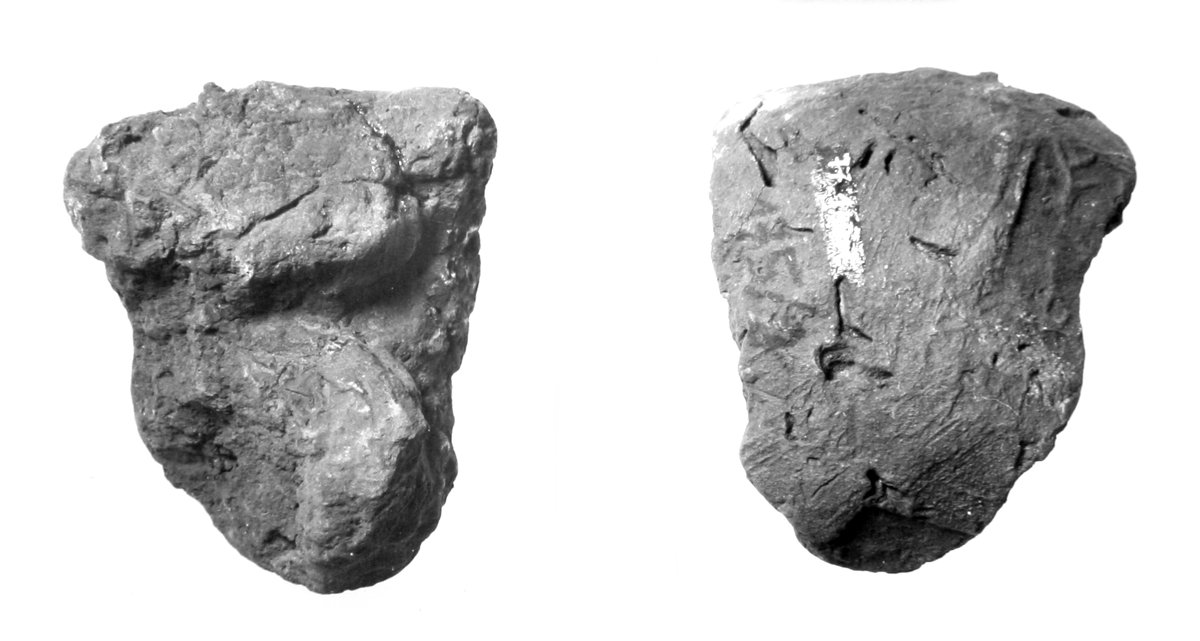 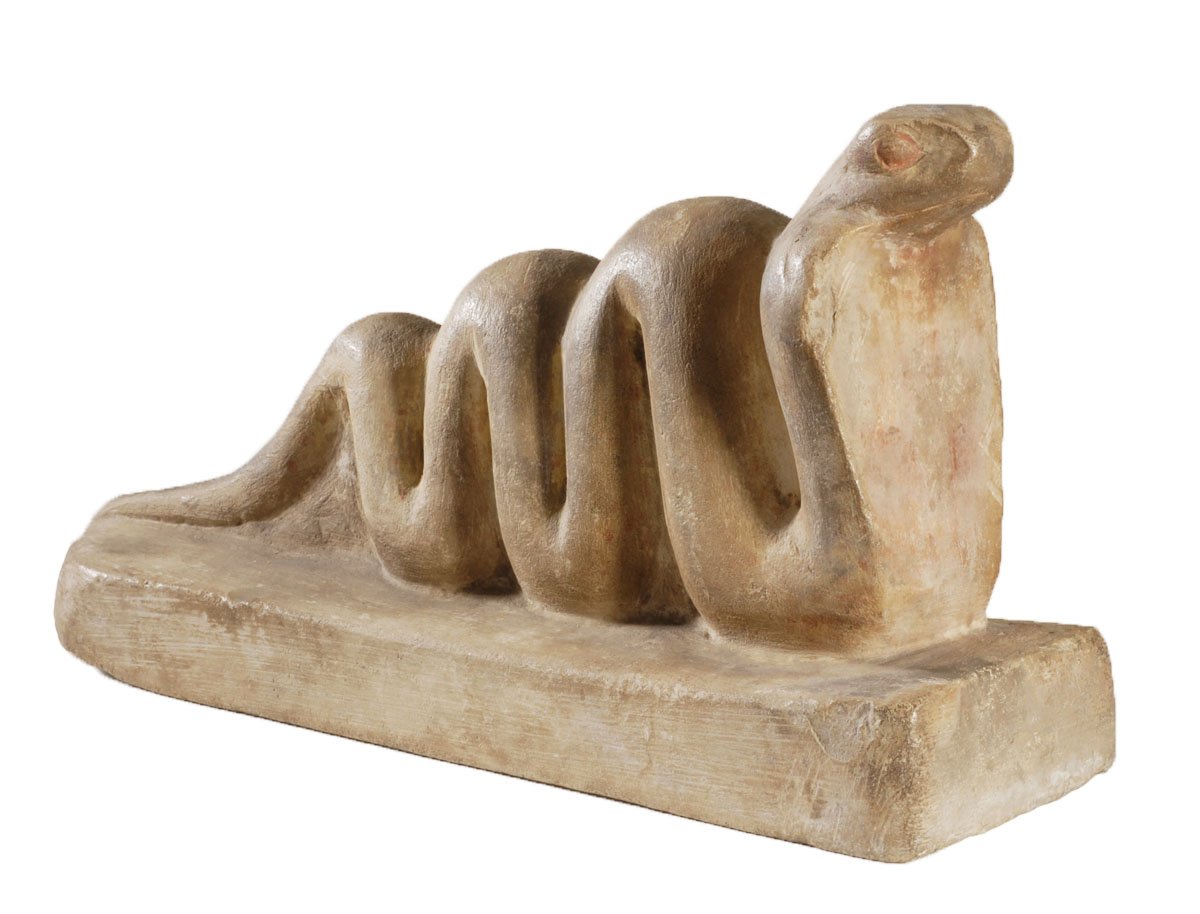 Statuette of a Cobra Goddess