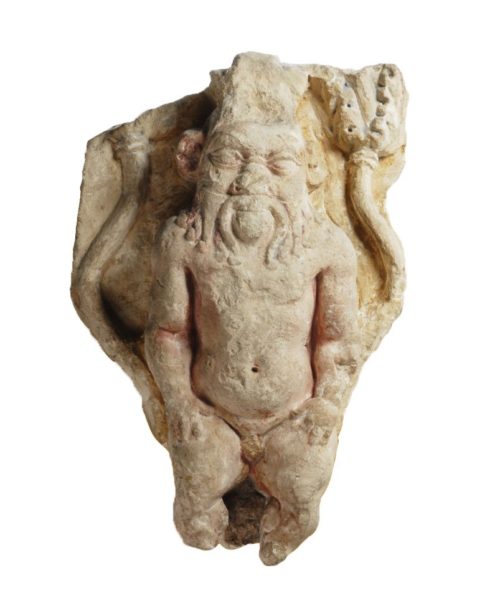 The god Bes is one of the most characteristic and unique figures of the Egyptian pantheon. His figure appeared for the first time during the Middle Kingdom on the objects of protective magic, designed for pregnant women and newborn children, but the characteristic iconography of the god was established in the New Kingdom. From the Eighteenth Dynasty onwards, Bes appears in a frontal view with a nude dwarf-like body, bandy-legs, a grotesque, mask-like face with protruding tongue, lion’s mane and ears, and a plume headdress.
This Bes representation is on a large limestone relief, on the front side of which the naked figure of the god can be seen between wimpling stalks of acanthus. The relief emerges significantly from its background, and traces of the original red and blue painting have remained on many places on the surface. Bes appears rarely in a floral context, and the presence of acanthus flowers may refer to a Greek or possibly an Egyptian artist who was familiar with Hellenistic iconography. 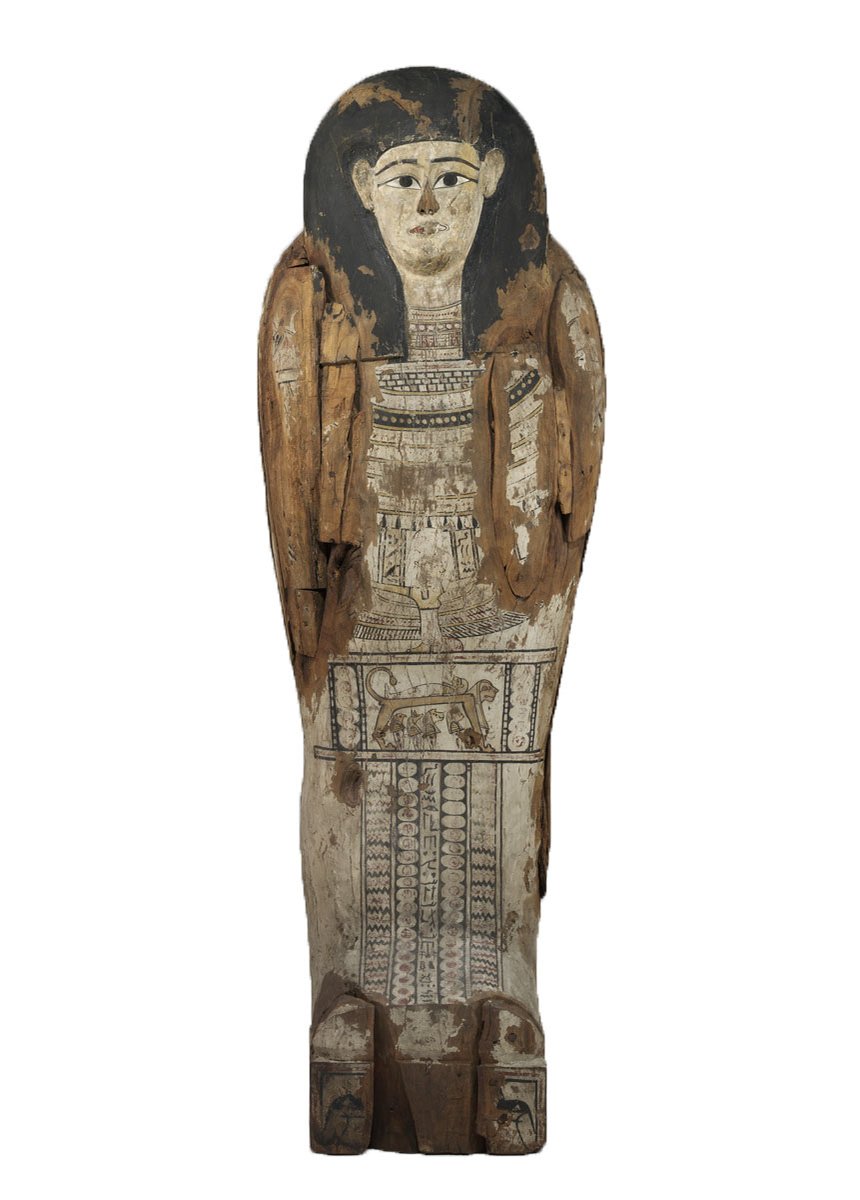 Coffin of a Woman 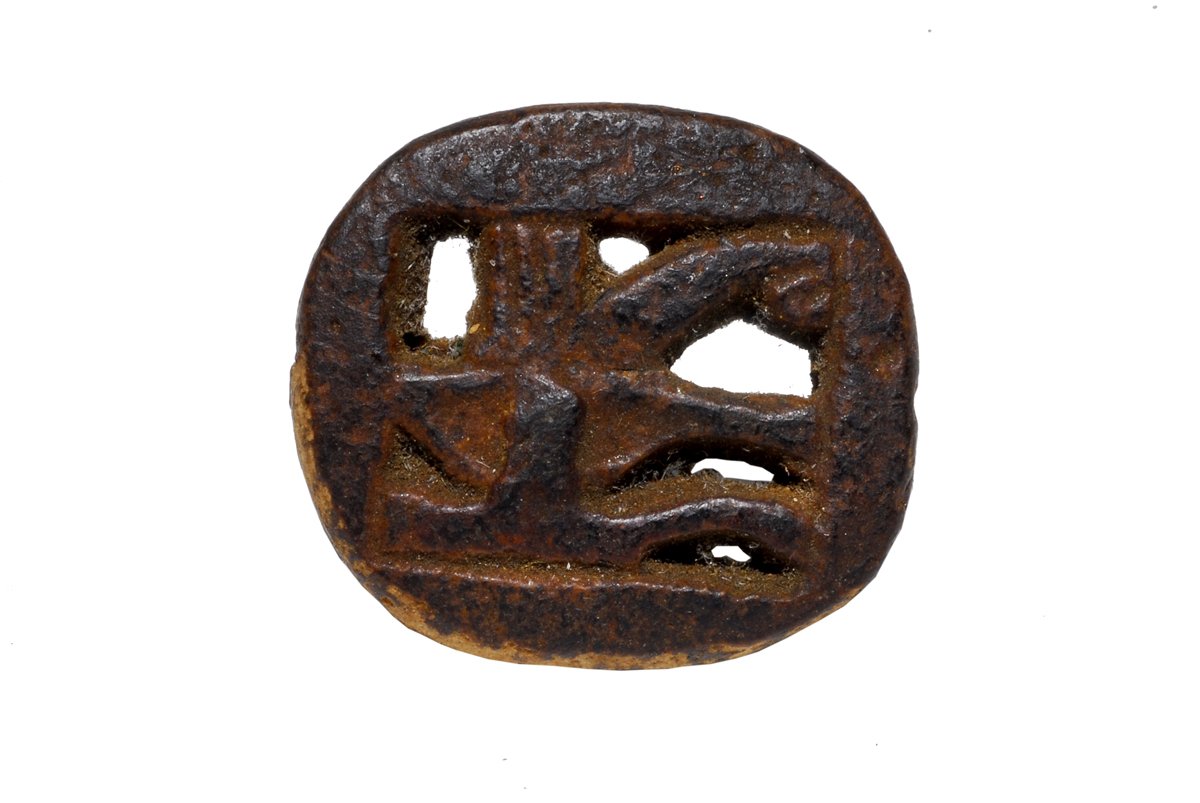 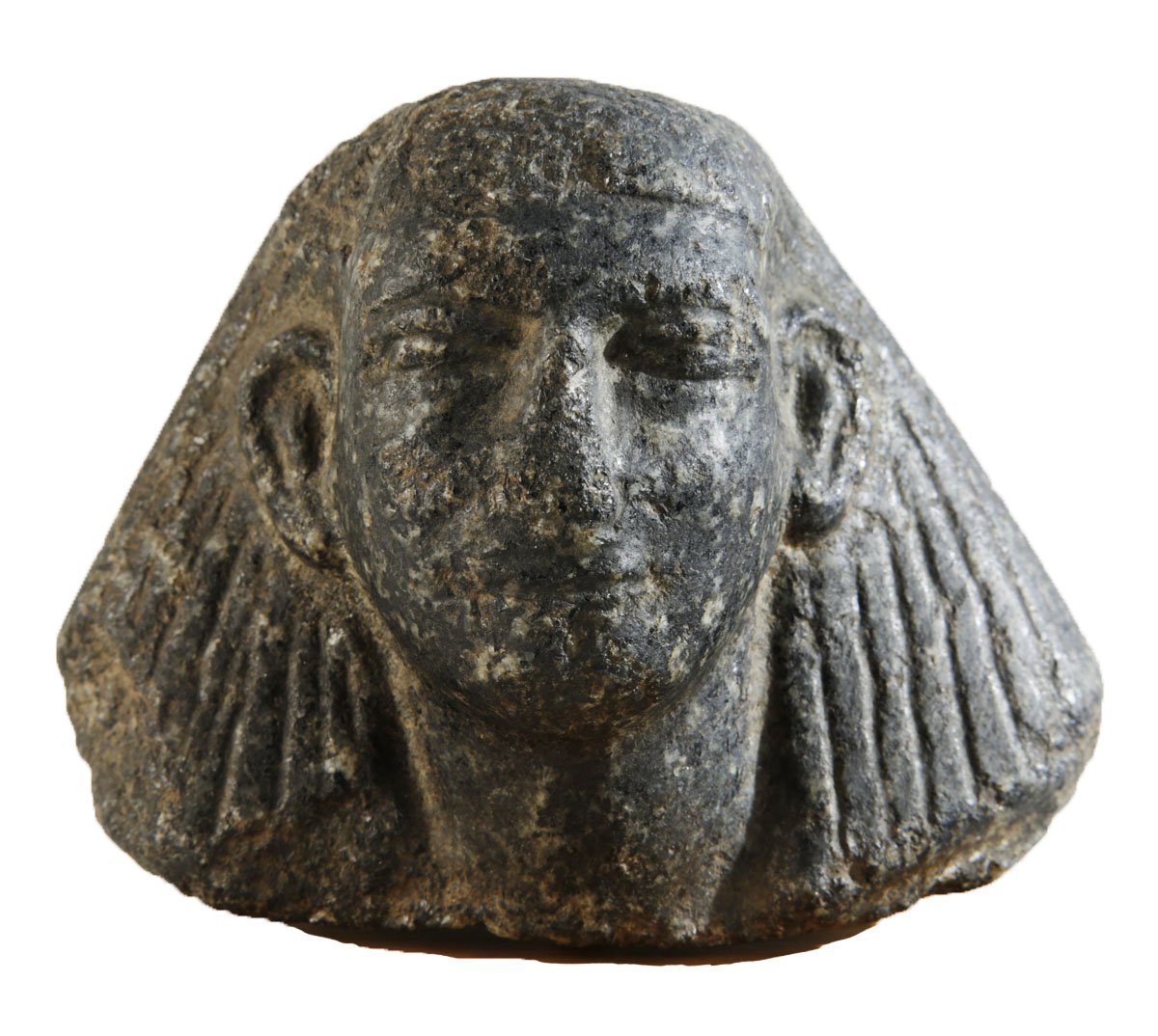 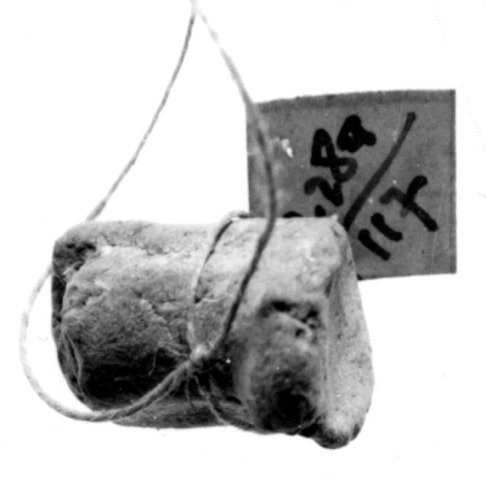 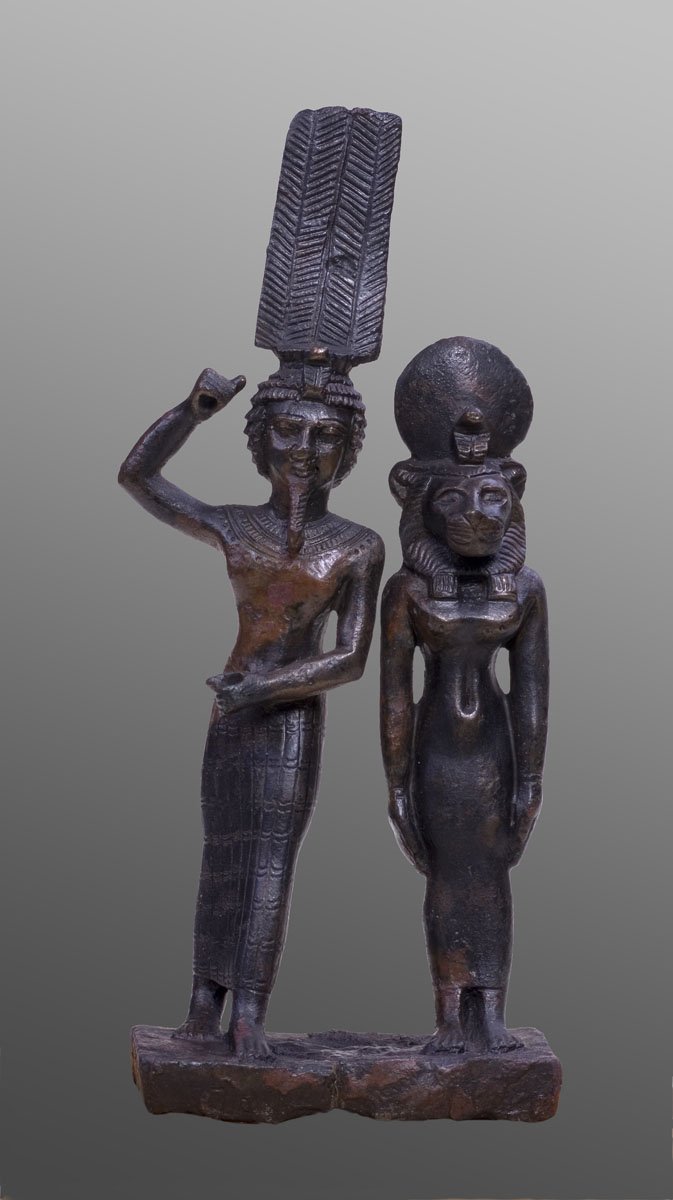 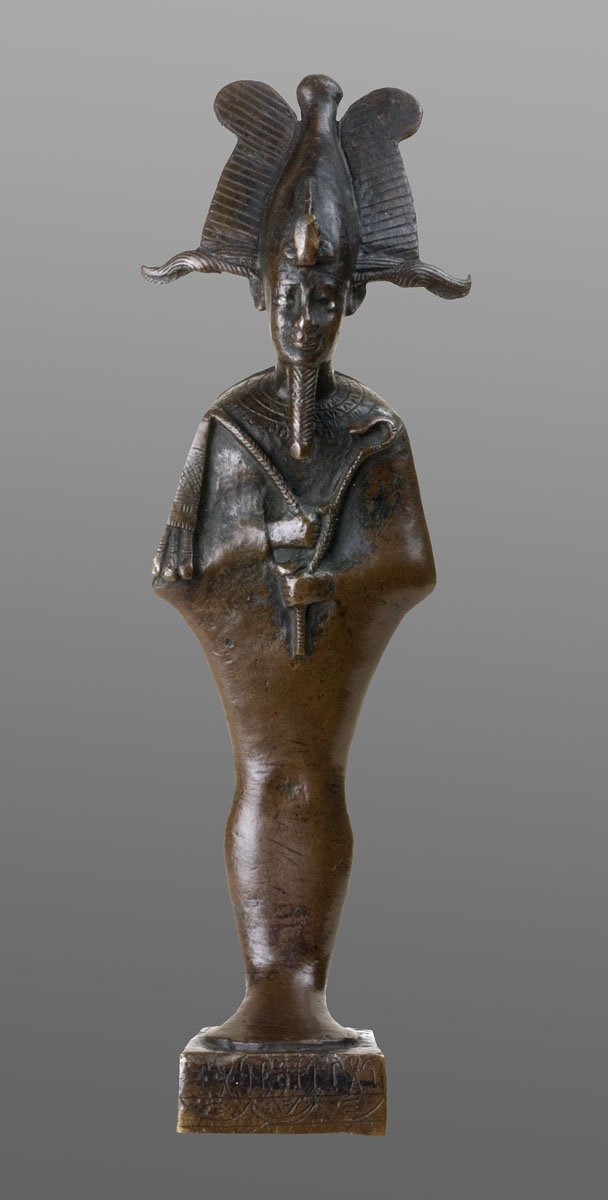 Menqebit Amulet (Head of a Snake) 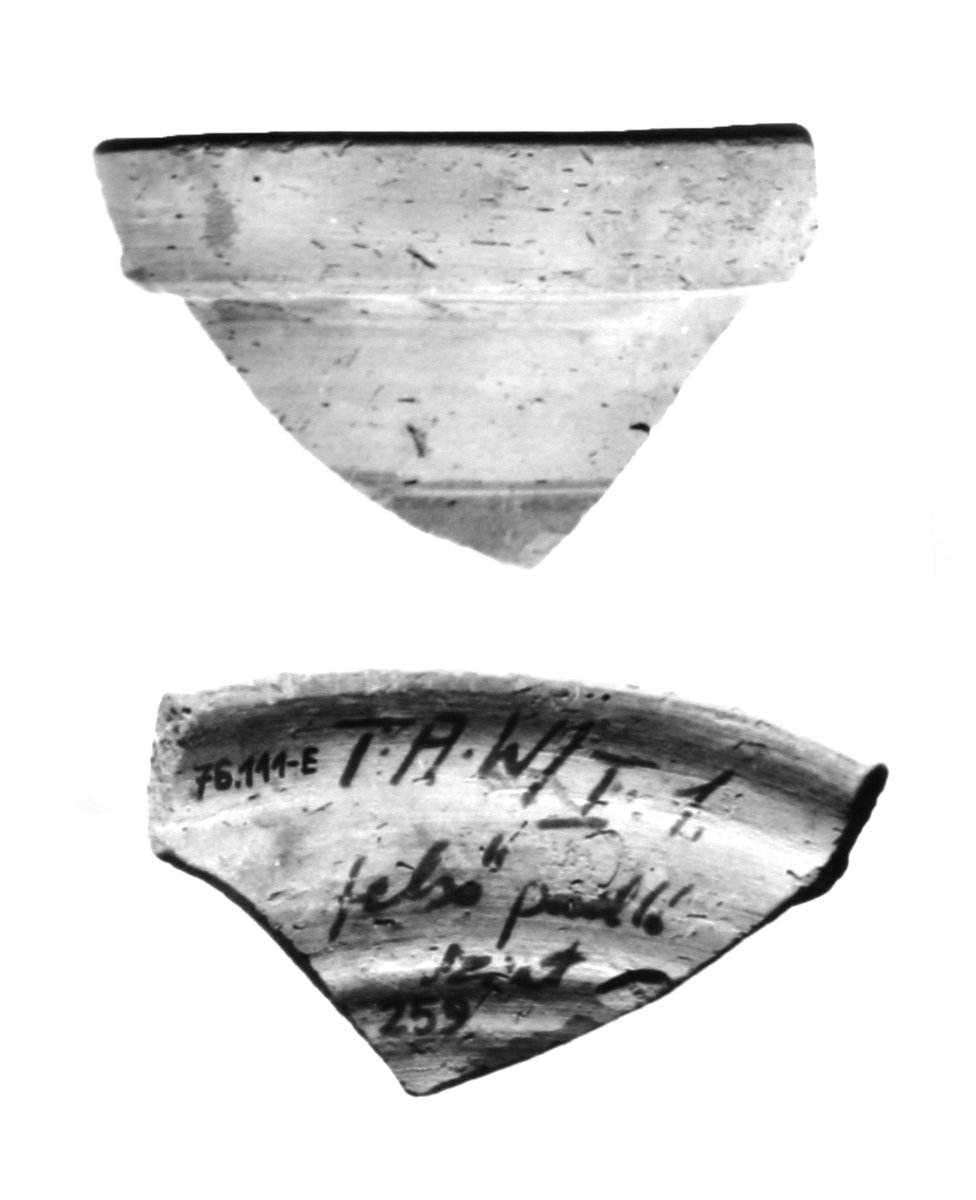 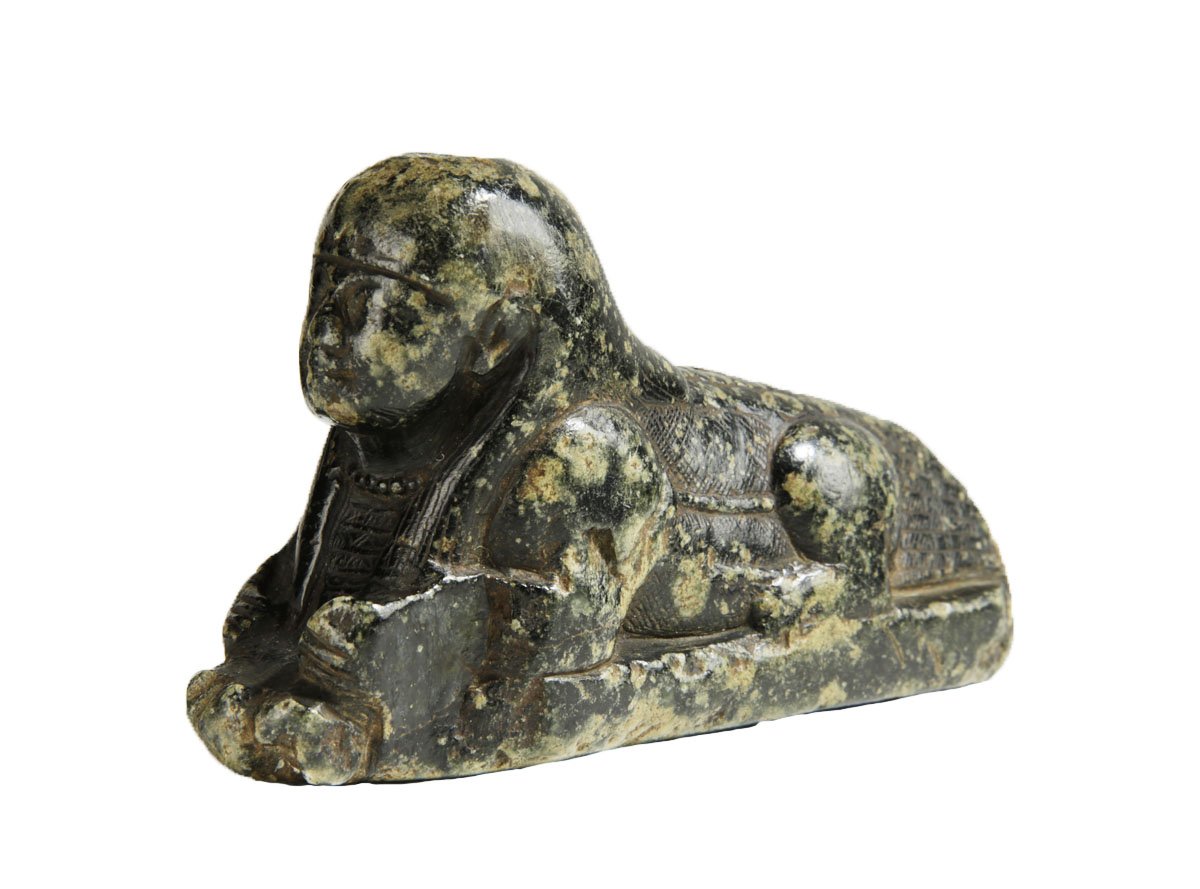 Statuette of a Divinity with Human Head and Crocodile Body