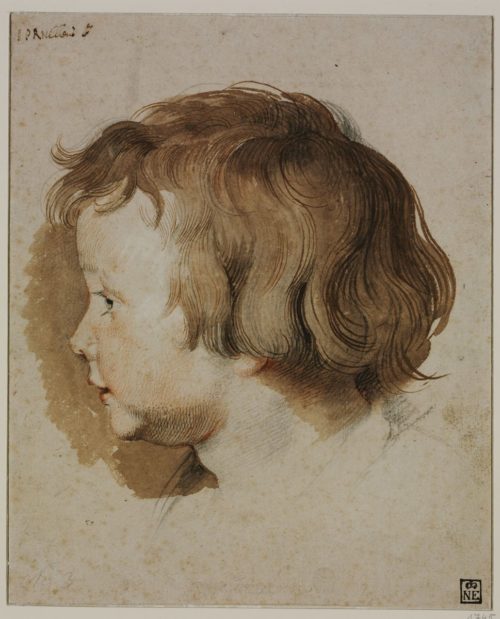 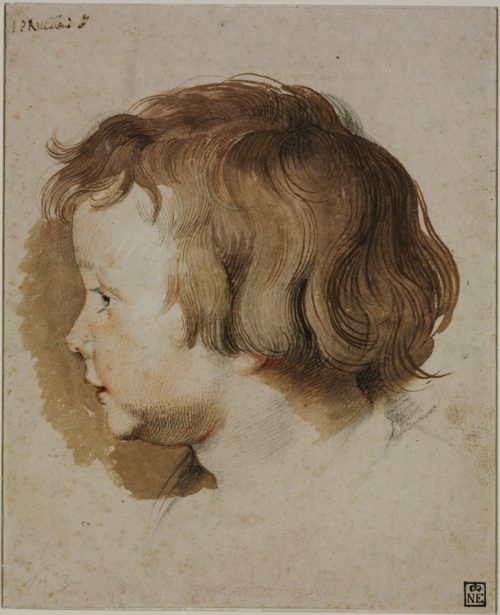 After several years in Italy Rubens returned to Antwerp, and was soon became the most authoritative painter not just of his homeland, but of the whole of northern Europe. His reputation was further enhanced by his unique diplomatic career. While he commuted almost ceaselessly between the courts of Europe’s monarchs, his many painting commissions were completed by a sizeable team in his well-organized workshop. Most often Rubens’s work was restricted to the preparatory sketches and the final brushstrokes.
Like many of his contemporaries Rubens too was fond of depicting members of his family. Here he represented with special tenderness Albert, his son of about four from his first wife, Isabella Brant. The drawing was made in two clearly distinguishable phases. Rubens first sketched the main features in black and red chalk. Later he delicately reinforced the contours and more important details of the face in pen, and finally coloured the hair with brown ink, indeed so firmly that the original chalk lines can hardly be seen. In all likelihood this reworking is by Rubens himself, the reason for which may have been practical: he often used likenesses of his family for figures in his paintings. The Budapest portrait of Albert can be recognized almost unchanged as Saint John the Baptist in the Madonna with Penitent Sinners and Saints (Gemäldegalerie Alte Meister, Kassel), and as the putto in the lower right-hand corner of the Madonna surrounded by a Floral Wreath (Alte Pinakothek, Munich). 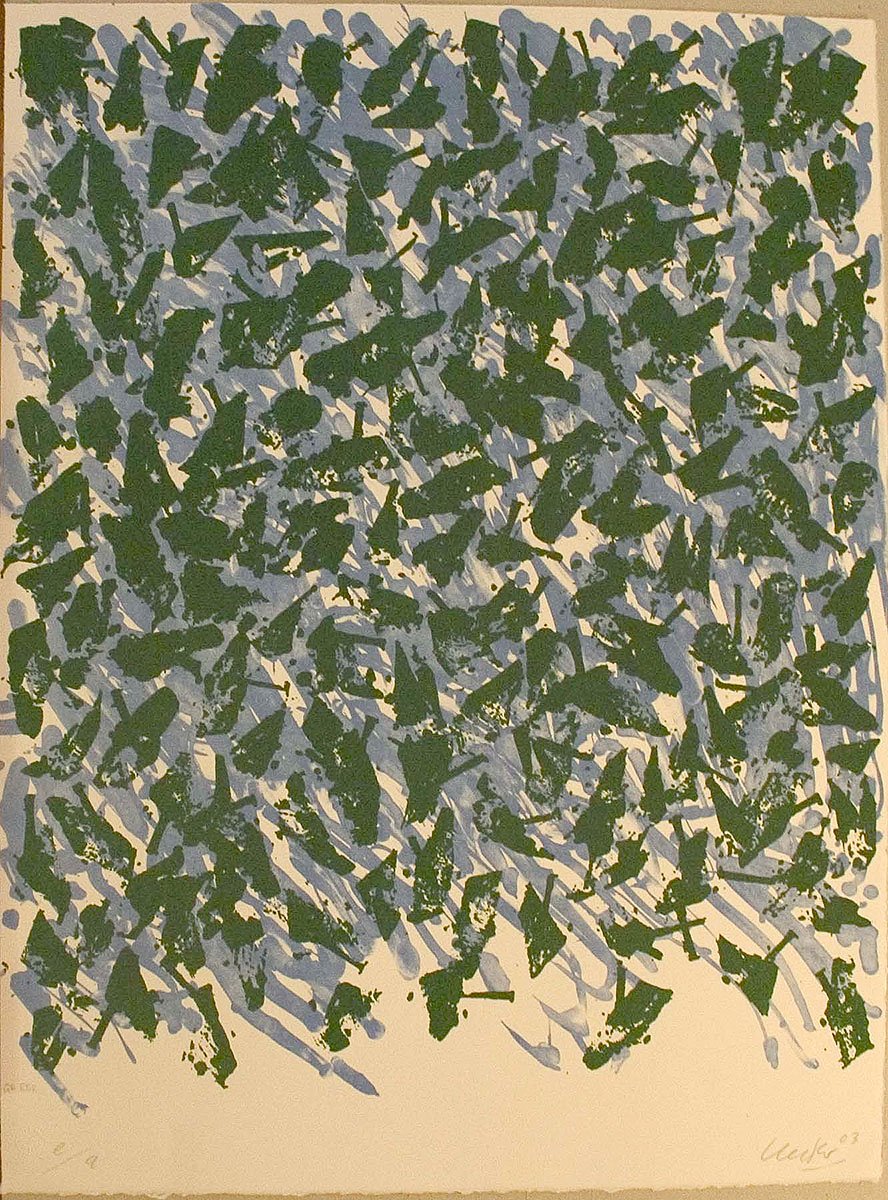 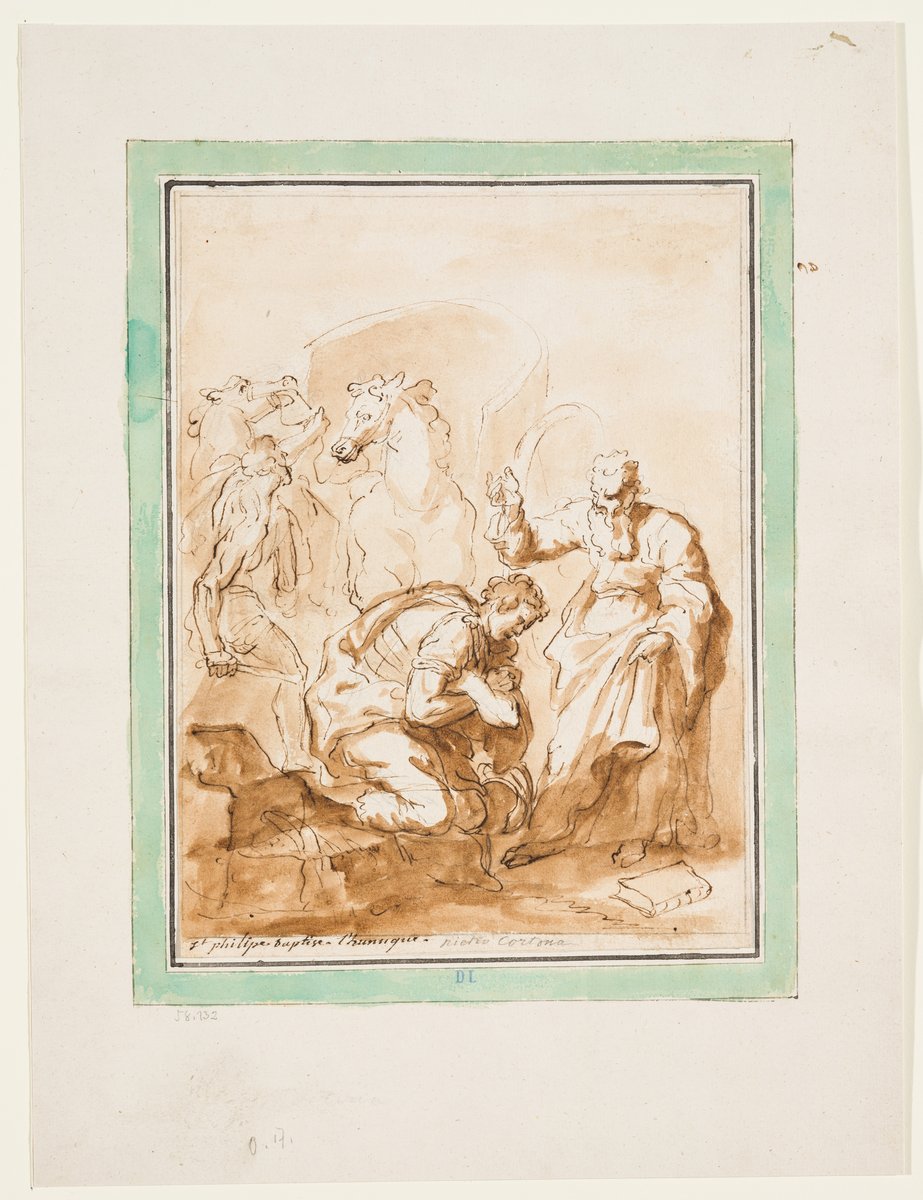 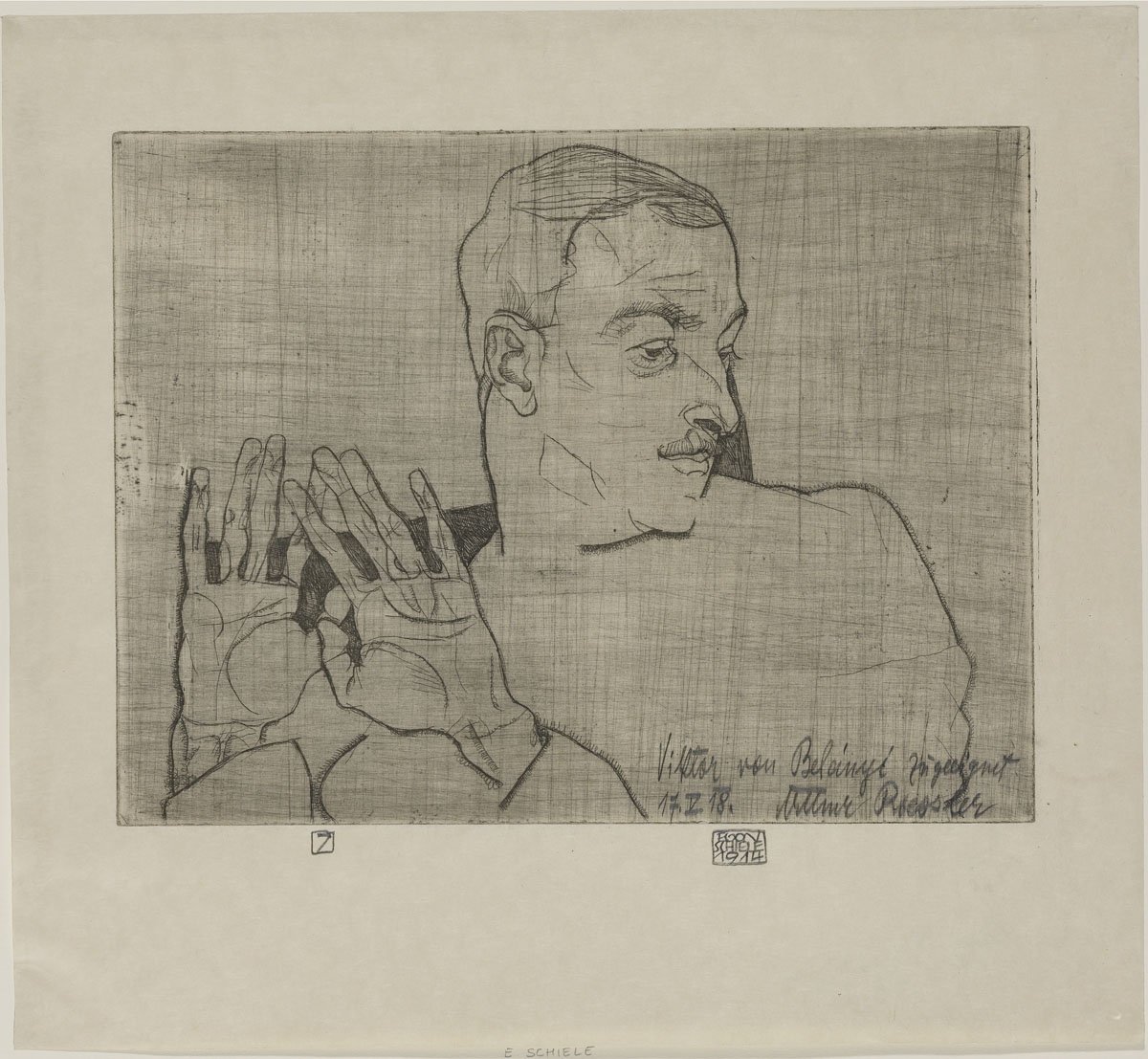 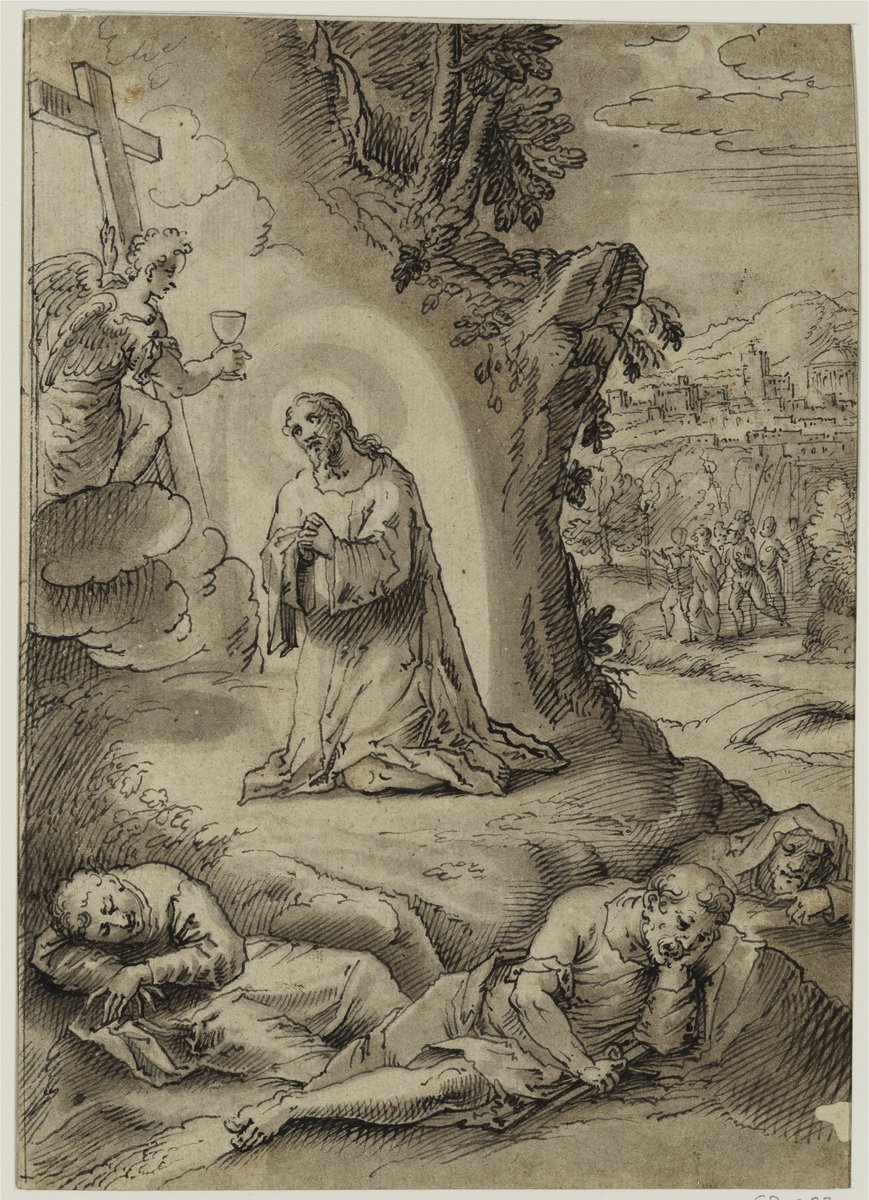 Christ on the Mount of Olives Georg Pecham 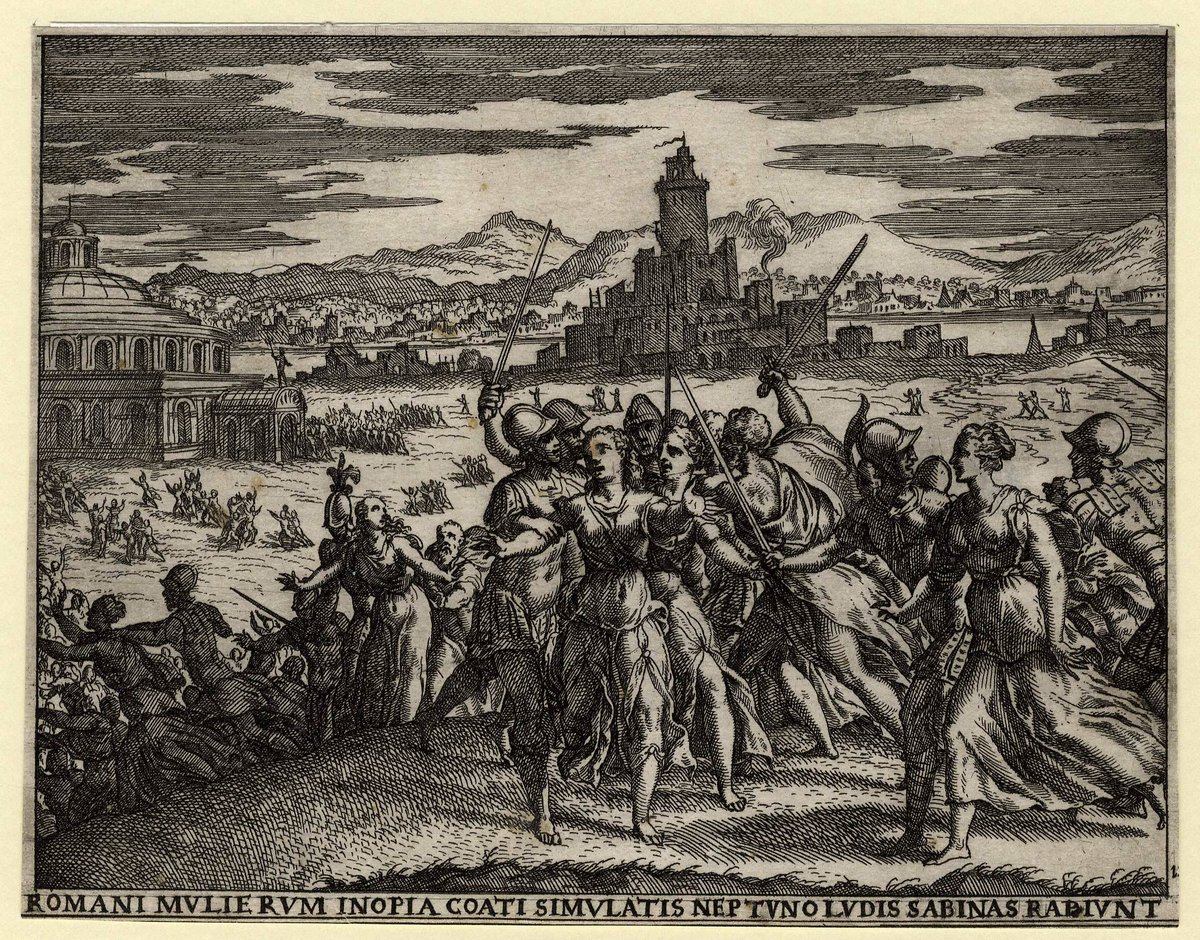 The Rape of the Sabine Women, plate 12 from a series of 27 prints representing the story of Romulus and Remus Giovanni Battista Fontana 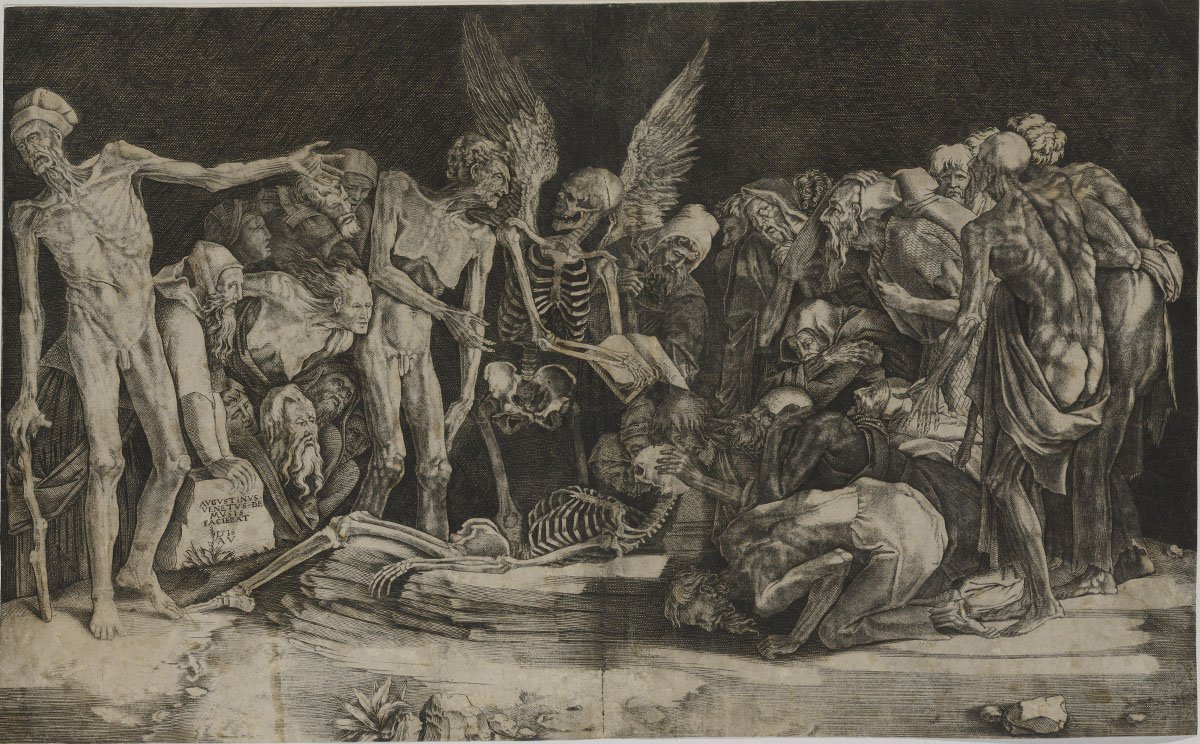 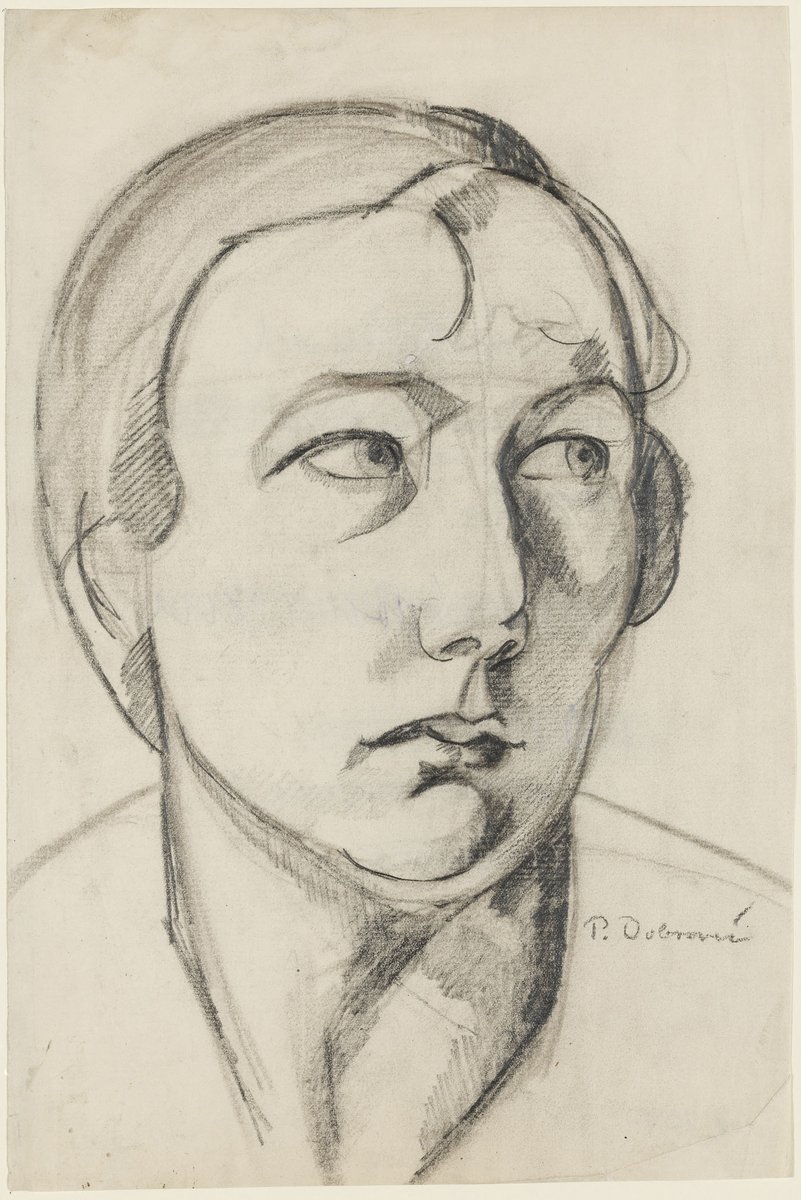 Head of a Man Petar Dobrović 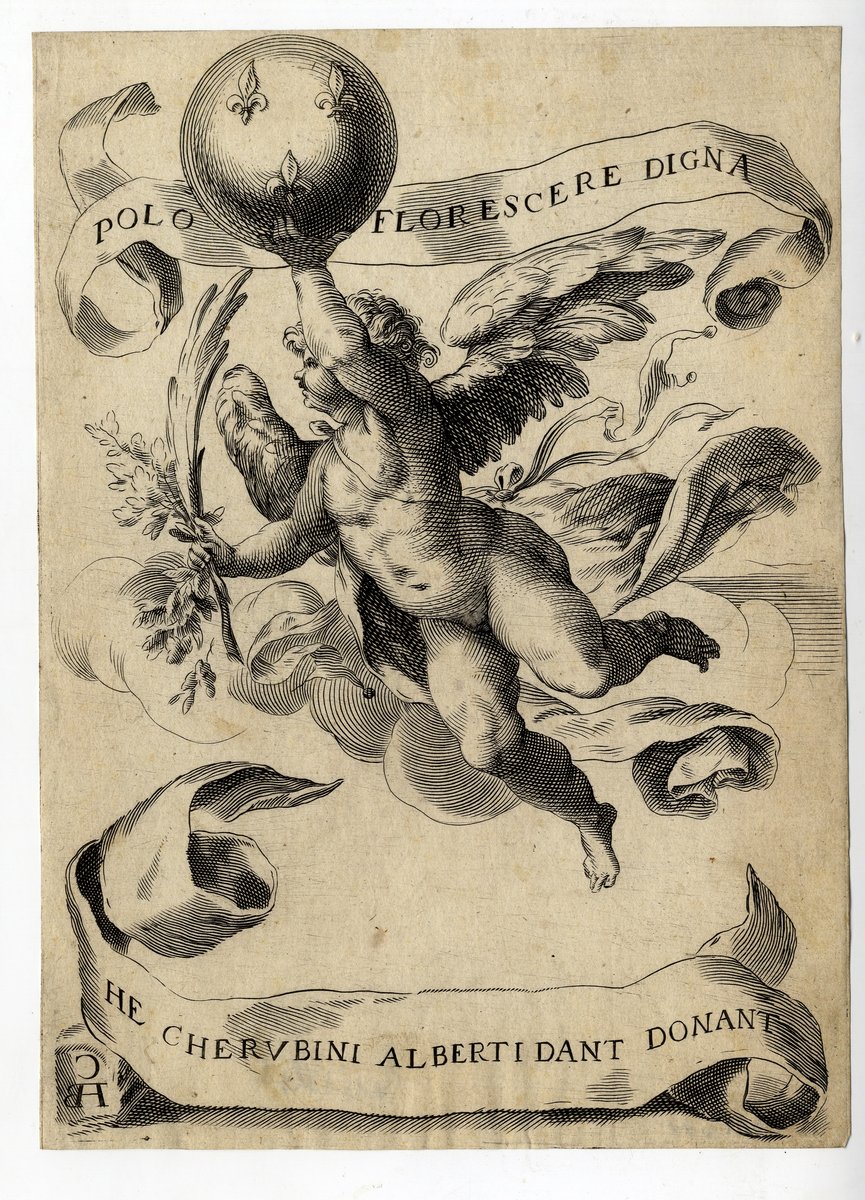 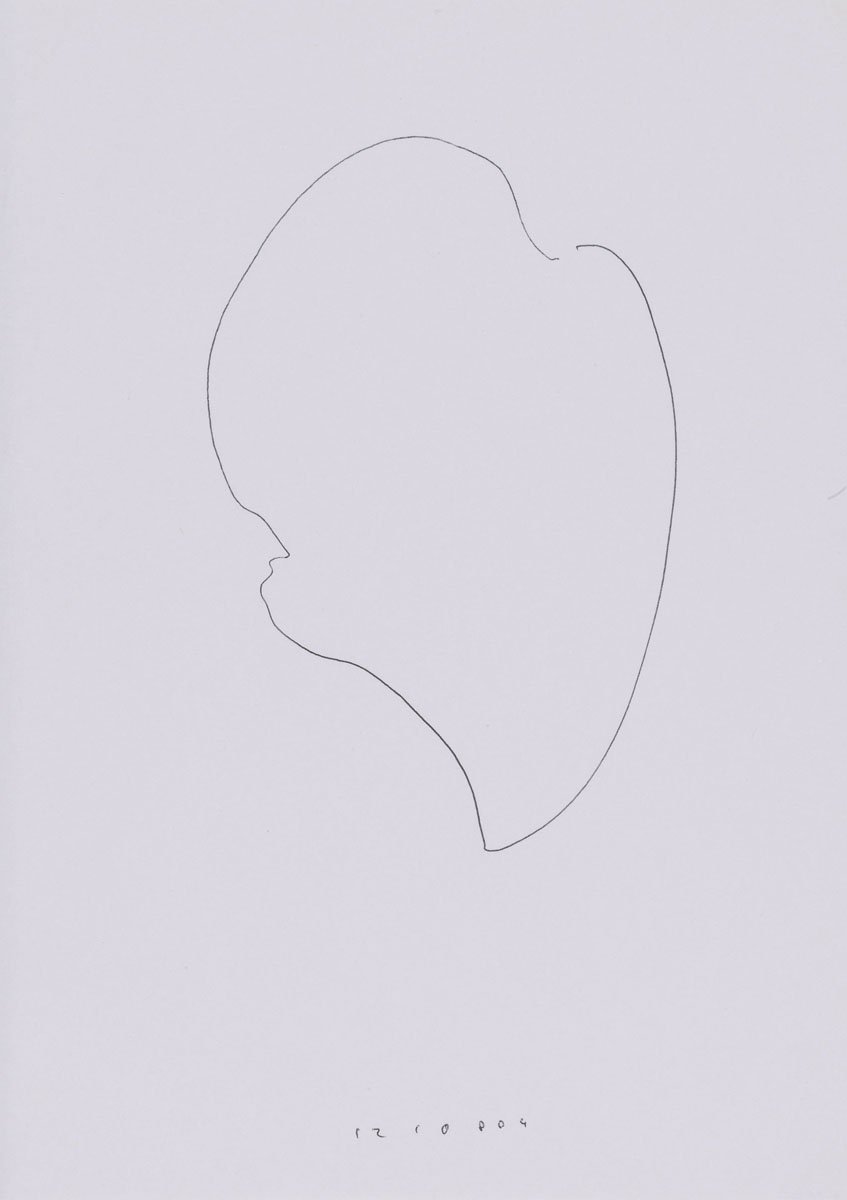 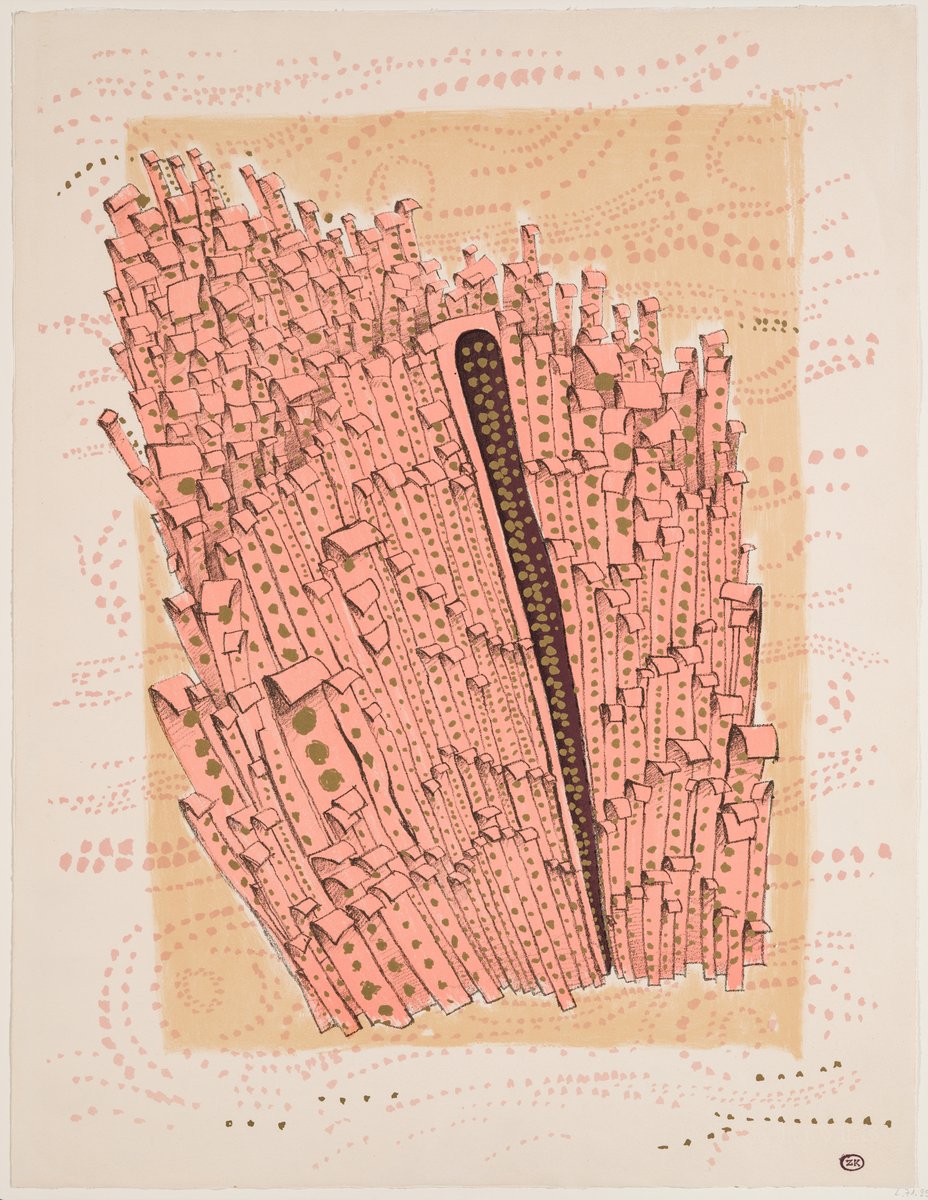