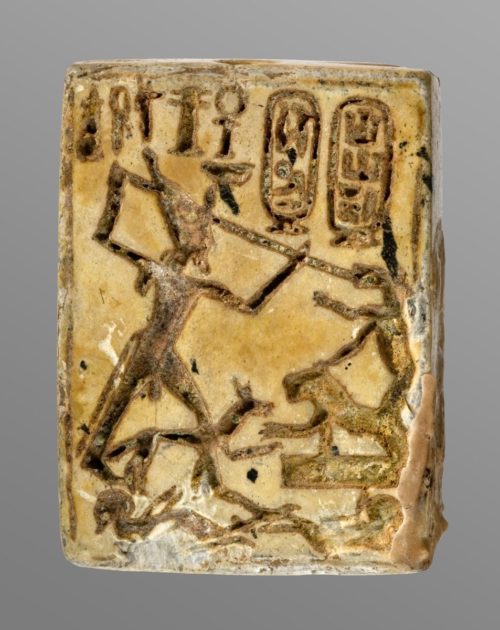 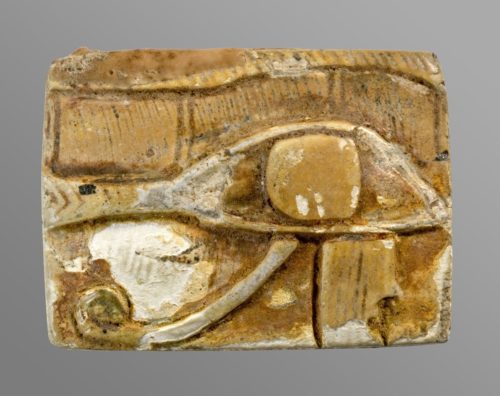 Figural illustrations can be seen on both sides of this rectangular tablet. The plaque has been longitudinally pierced and can be suspended, which indicates that it was used as an amulet. The recto is completely covered by a motif depicting the wedjat-eye, the restored eye of Horus, looking to the right. On the verso, at the center of the incised motifs, which are turned at a right angle, is a scene of a lion hunt. This scene does not evoke various events of a specific hunt but rather conveys the symbolic meanings of the ritual act of hunting in the form of a magically effective image. The king can be identified from the hieroglyphics that run from right to left above the scene: the double cartouche contains the birth and throne names of Shoshenq III.
The motifs of the Budapest plaque do not depict the actual struggles and political events that took place during the period of Shoshenq III but rather combine the pictorial topoi of hunting and the defeat of the enemy that had worked effectively for a long time in one composition. Depictions of lion hunts can be traced back to the time before the formation of the Egyptian state, their heyday being the New Kingdom. The hunting of the lion was regarded as a royal privilege at the time and emphasized his superhuman qualities.
On the plaque of the Egyptian Collection, the body of the hunting pharaoh leans slightly forward, and he holds his spear diagonally in his raised hands. The rearing lion turns towards the king, while the hunting dog distracts the other one. Under the feet of the pharaoh are two figures lying prostrate on their bellies in a posture of submission, symbolizing the captured and subdued hostile foreign people. The hunting depicted on the plaque symbolizes the victory of the ruler over the cosmic enemies threating the world order and the potential foreign enemies threating Egypt. 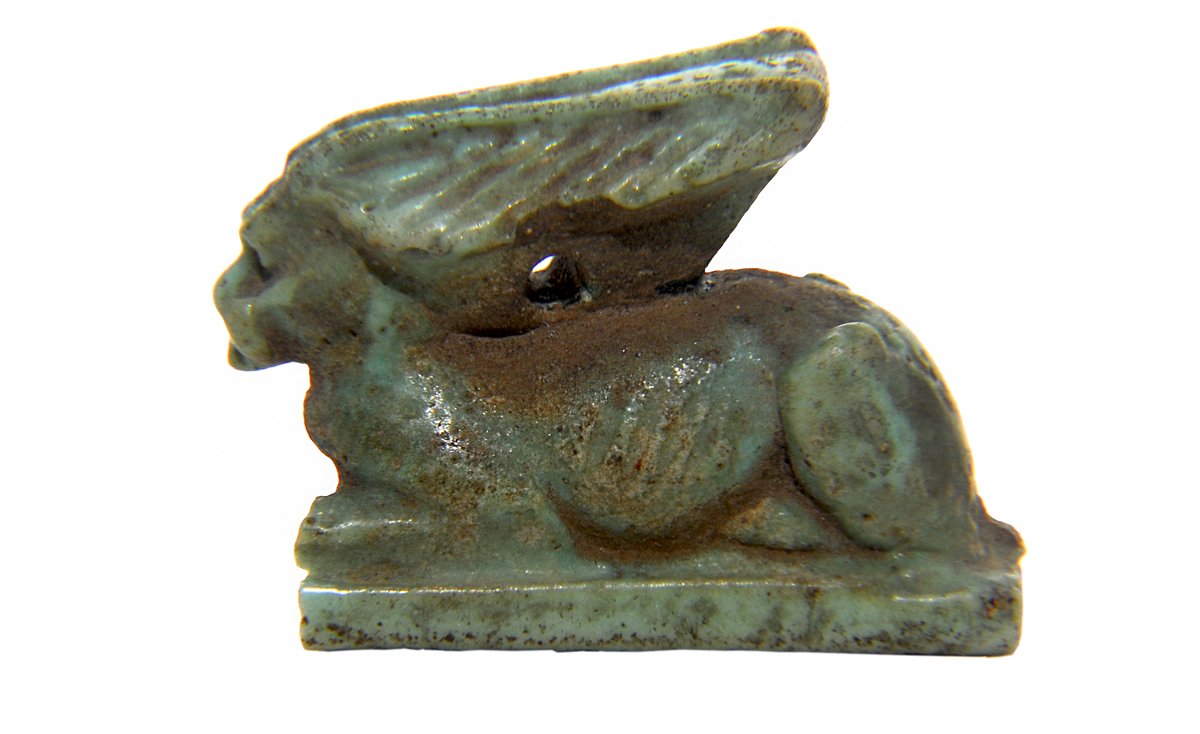 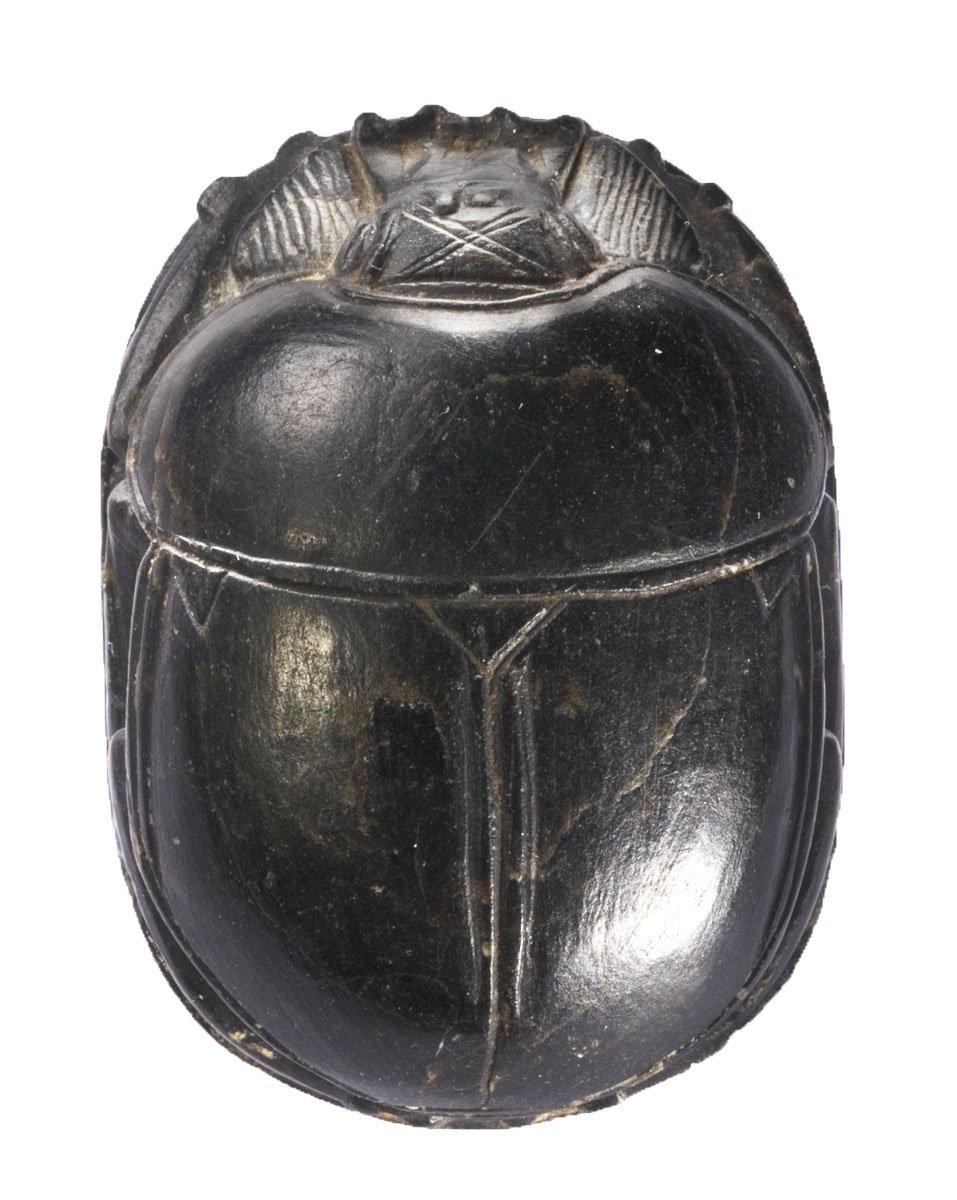 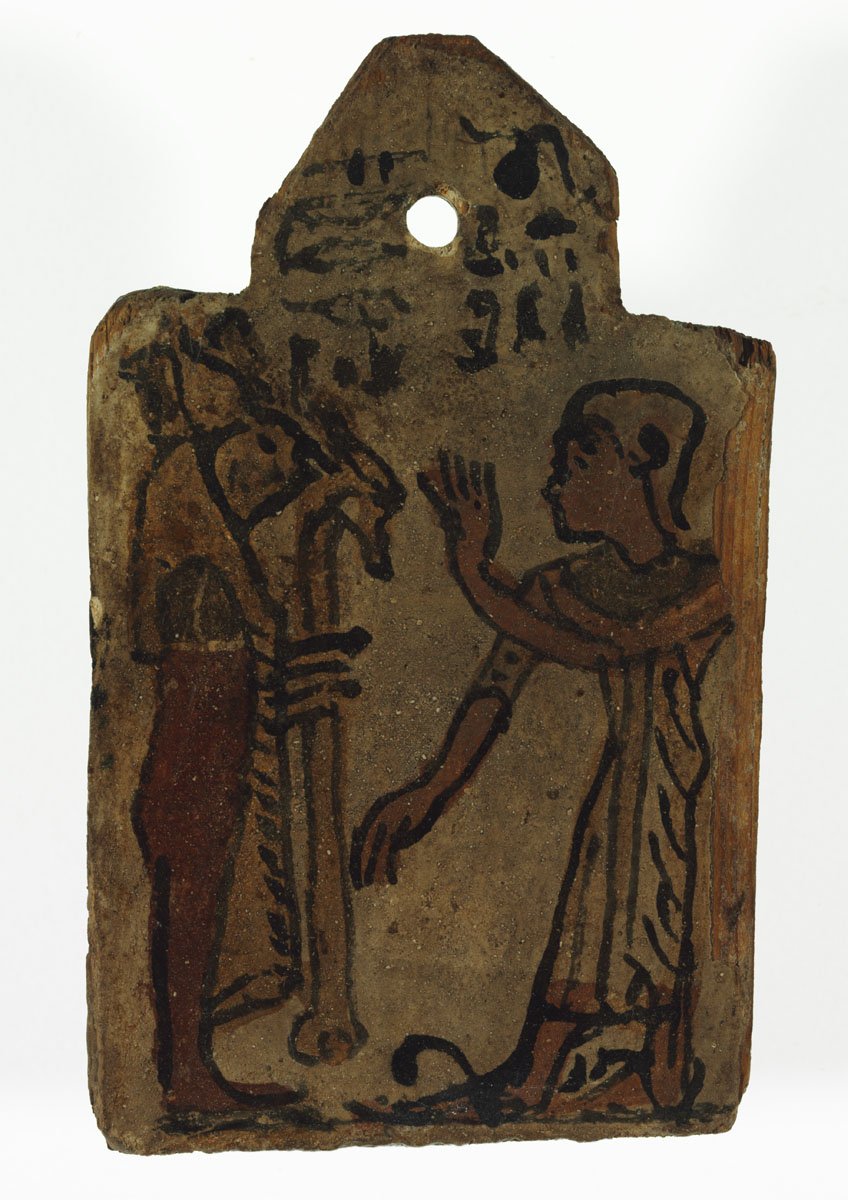 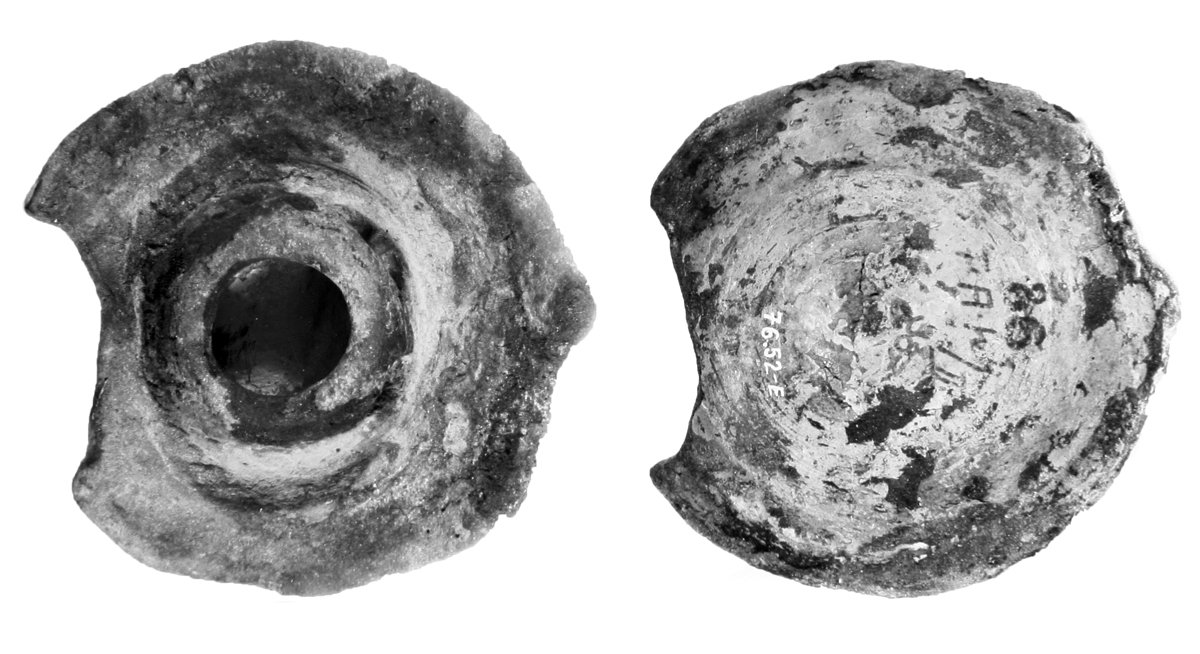 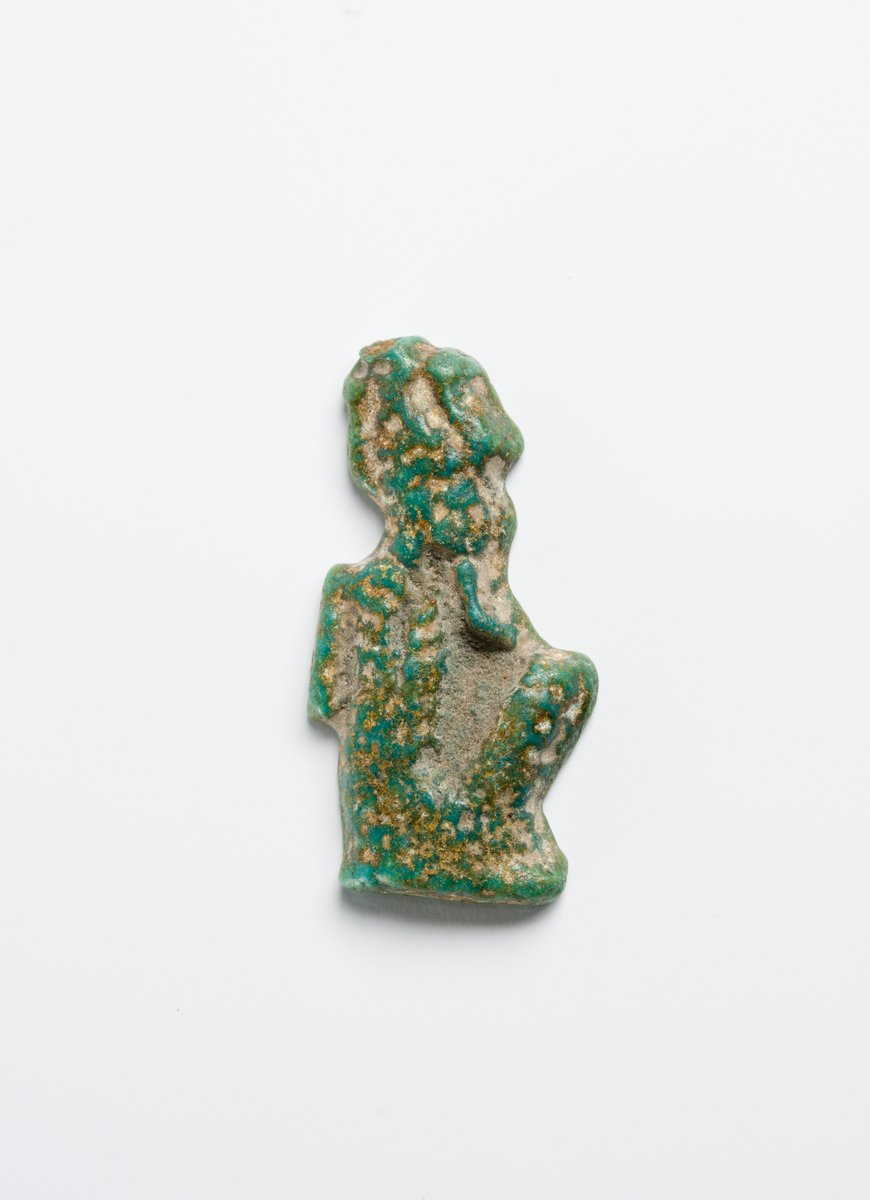 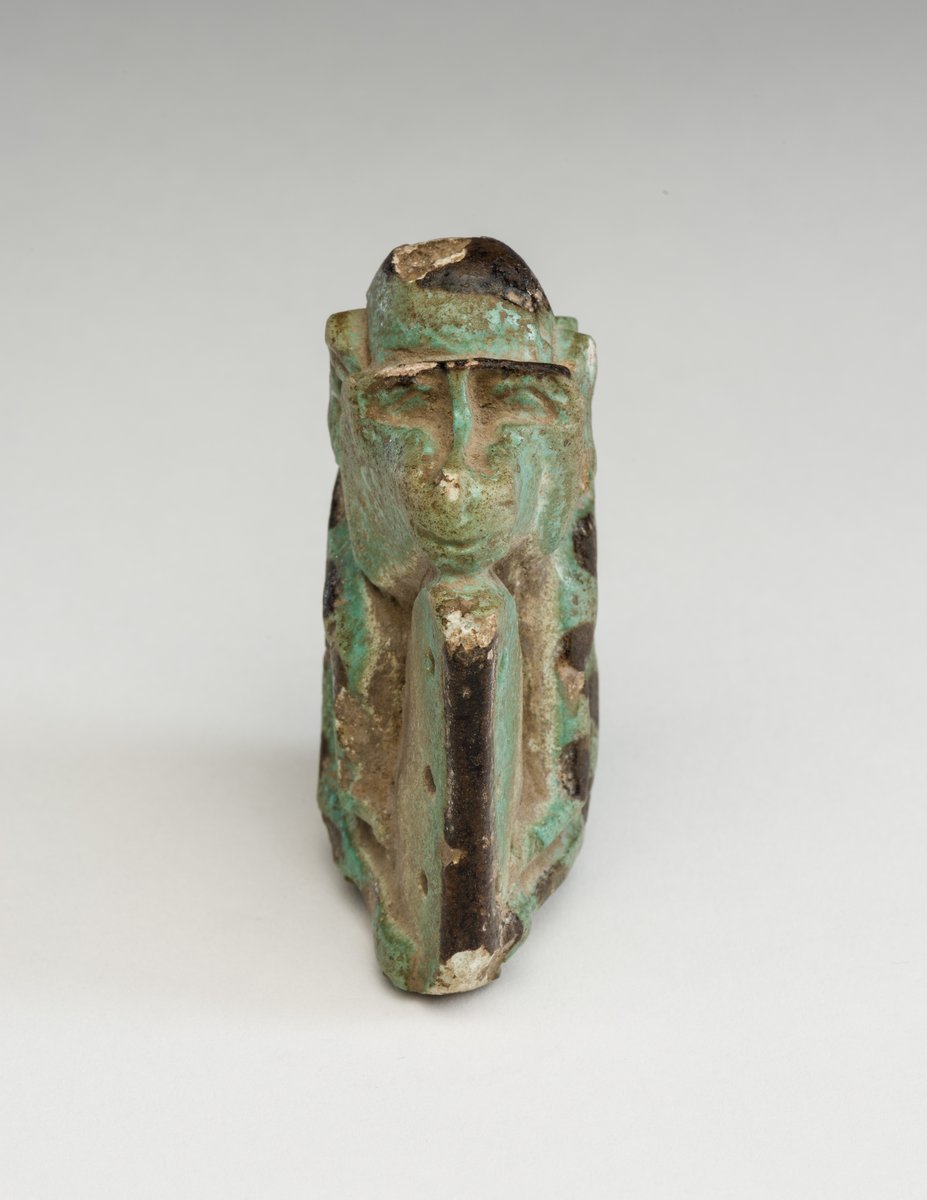 Magical Object with a Baboon 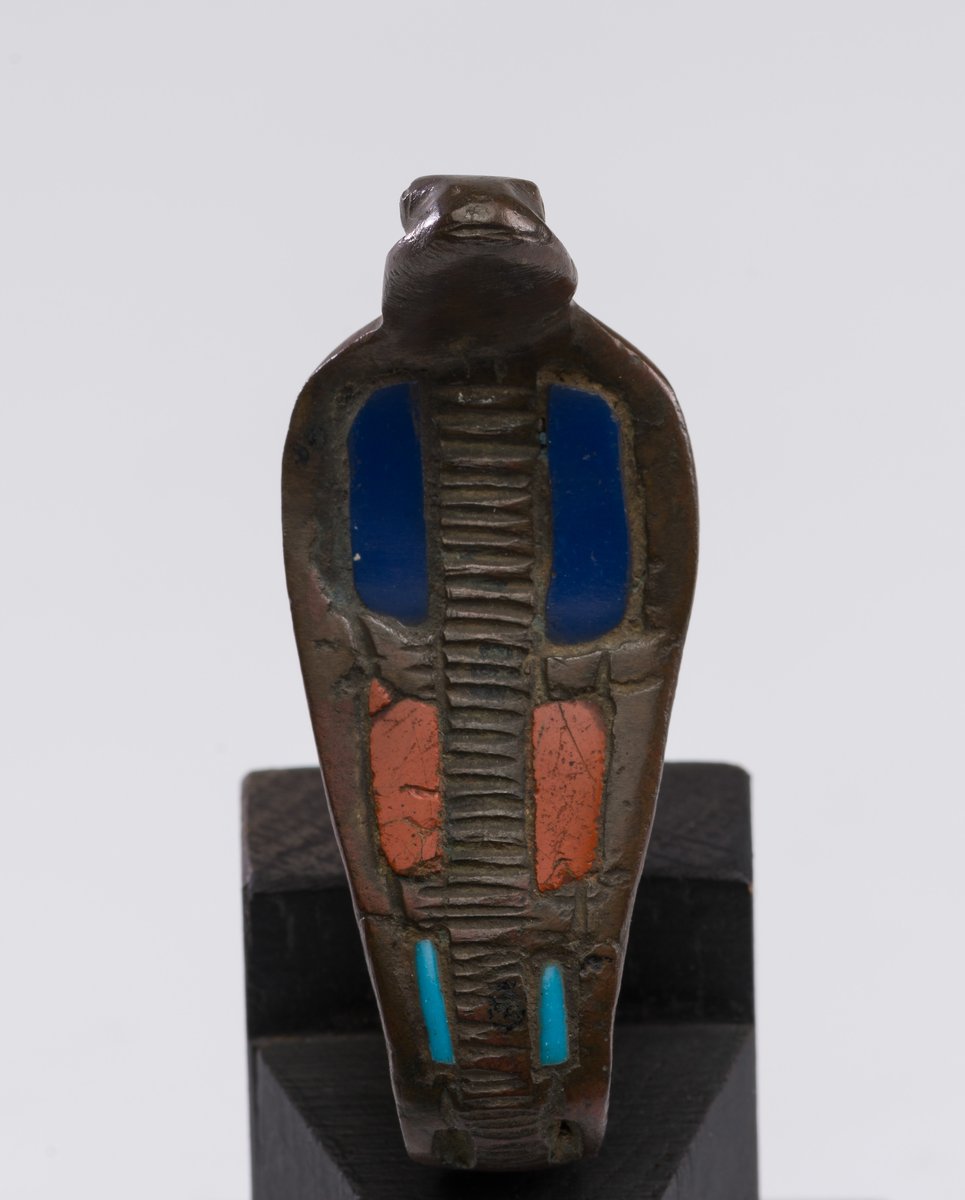 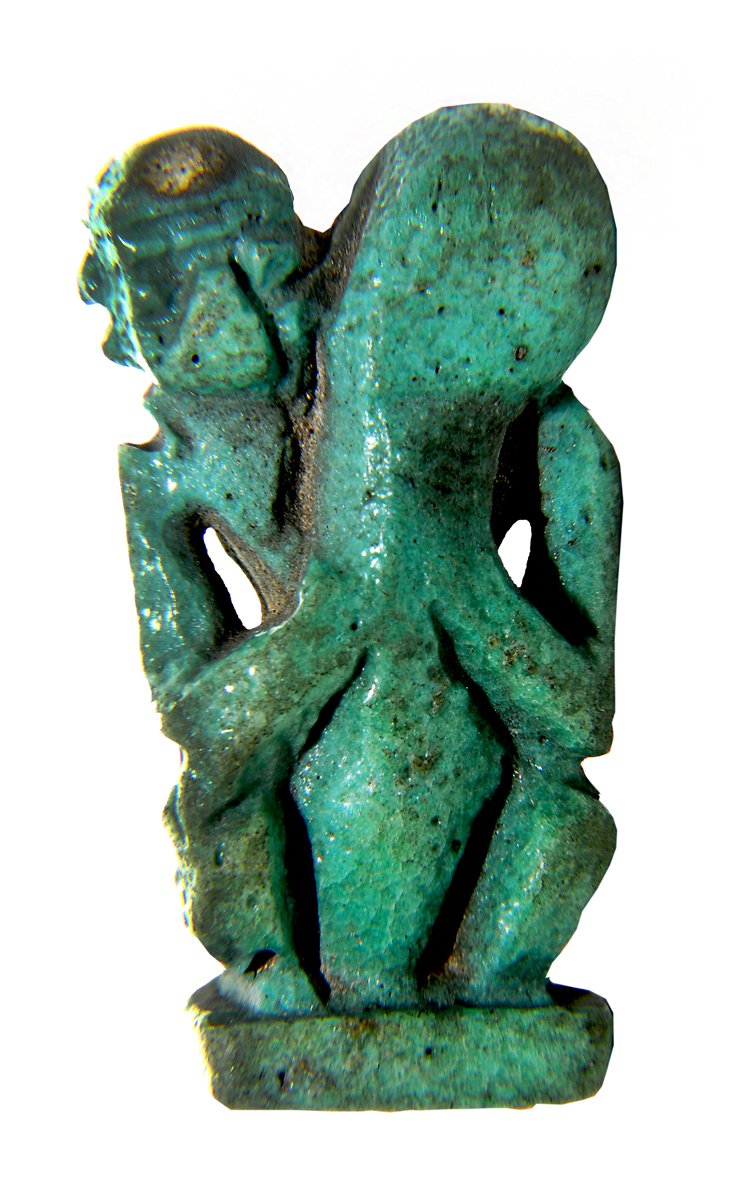