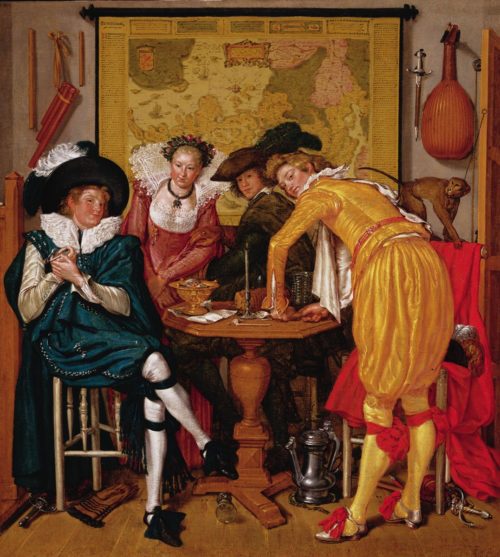 Buytewech’s barely a dozen of extant paintings illustrate the transition from moralising allegorical depictions to independent genre pictures. This picture, painted around 1620, still shows Mannerist features in the brilliant colours of the costumes then fashionable and the slightly mannered movements, but already creates the impression of a realistic depiction of an elegant scene. However, the symbolic meanings of the objects were not unknown to art lovers of Buytewech’s time, and they may have recognised the woman of mature beauty entertaining the merry young men as the World-Woman. In medieval iconography she personifies the allure of sinful earthly pleasures and has a globe on her head, which is probably replaced here by the map. The objects on the table, the floor and the wall, along with the monkey, can also be interpreted as symbols of the five senses. 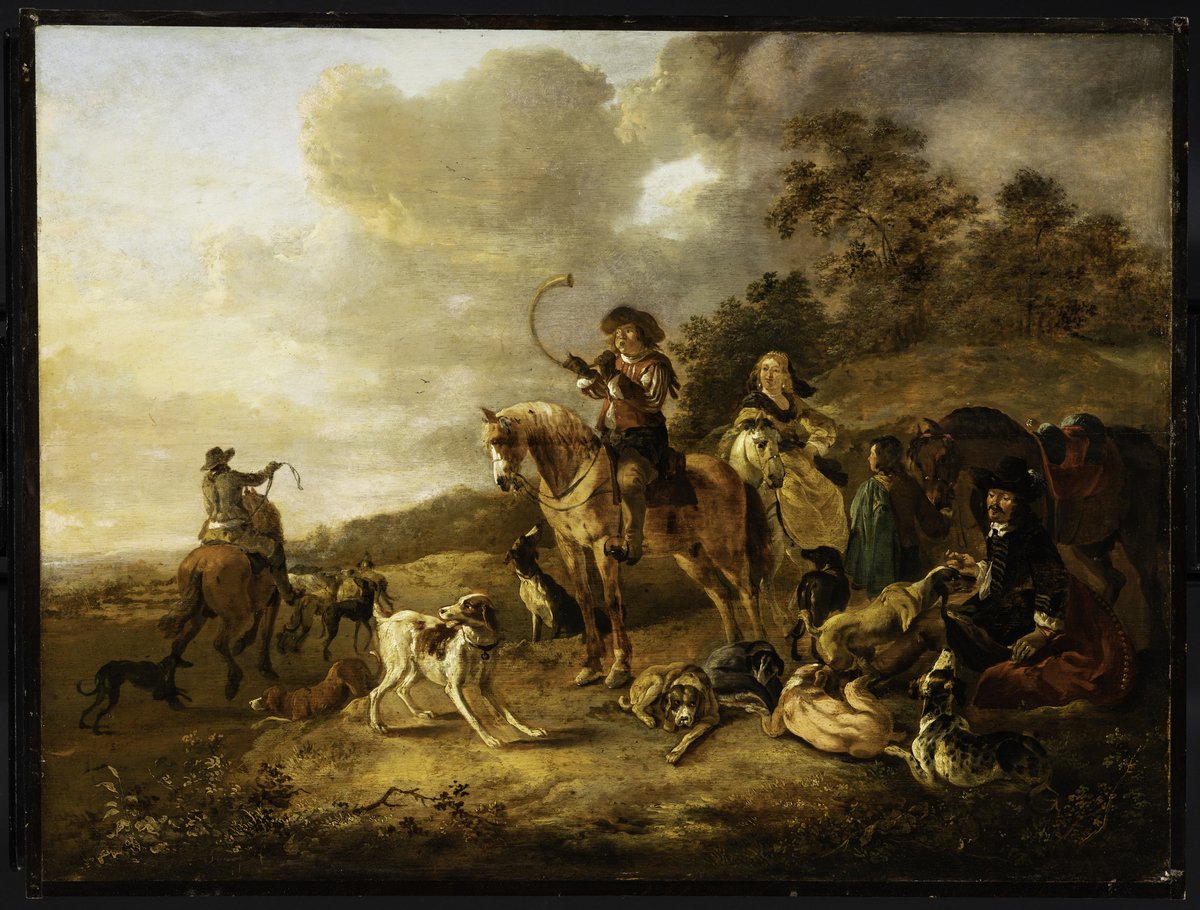 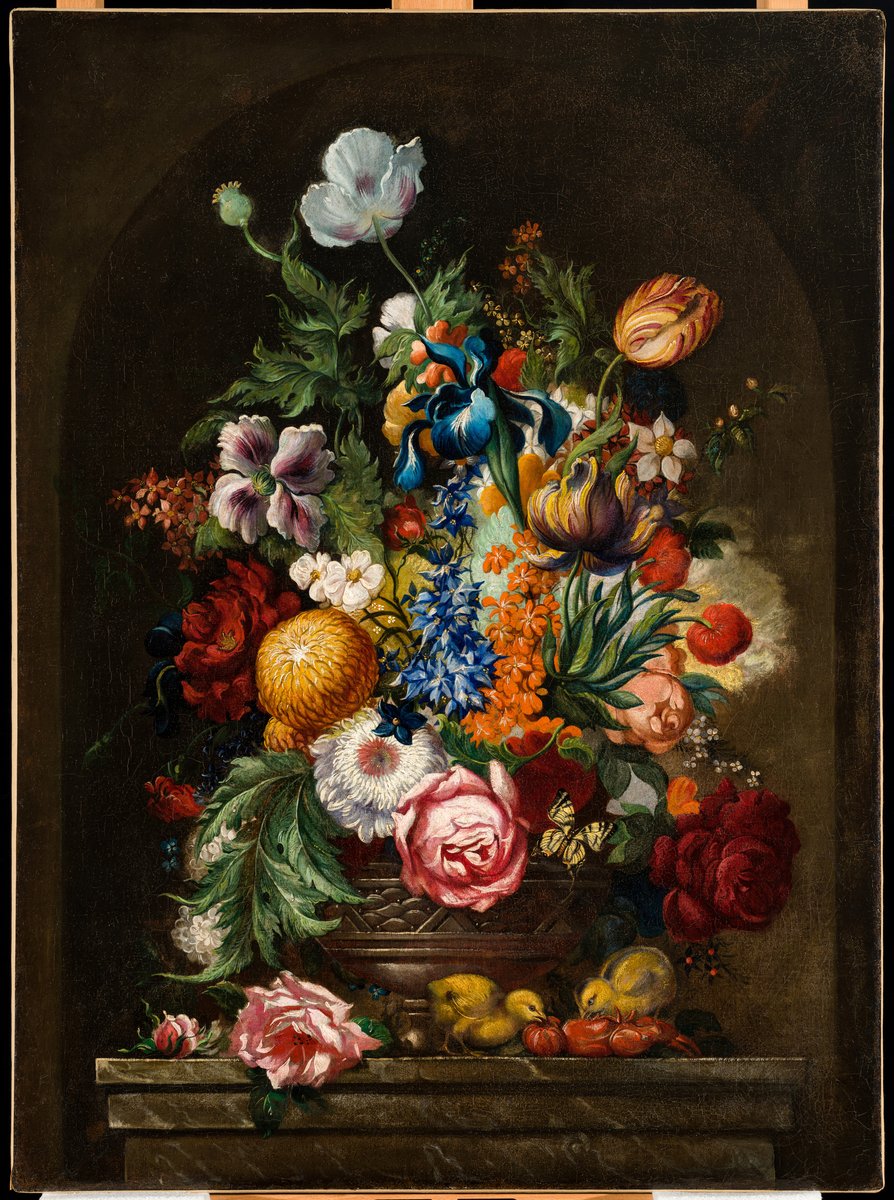 Flowers in a Vase German or Austrian Painter 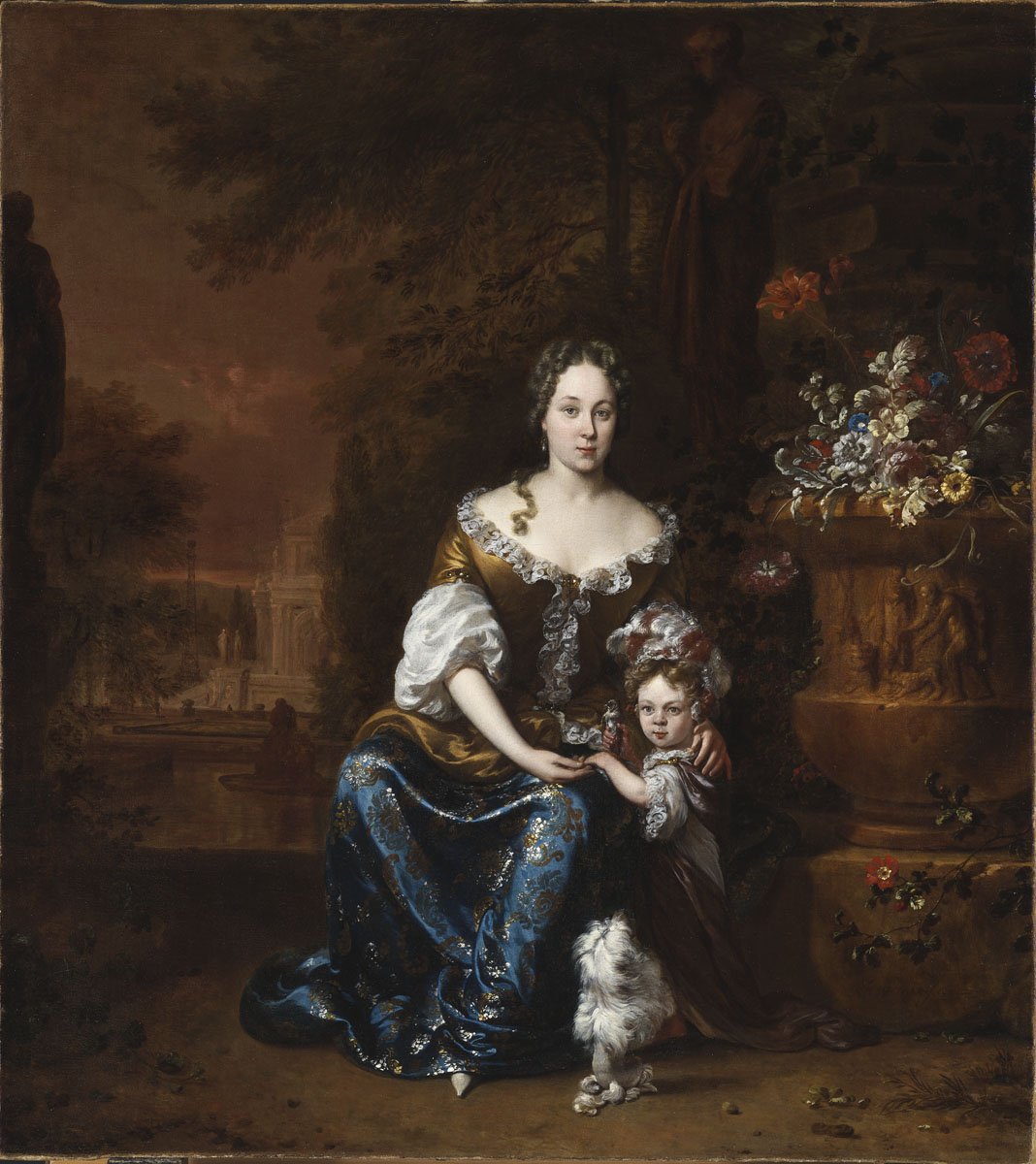 A Lady with a Child Jan Weenix 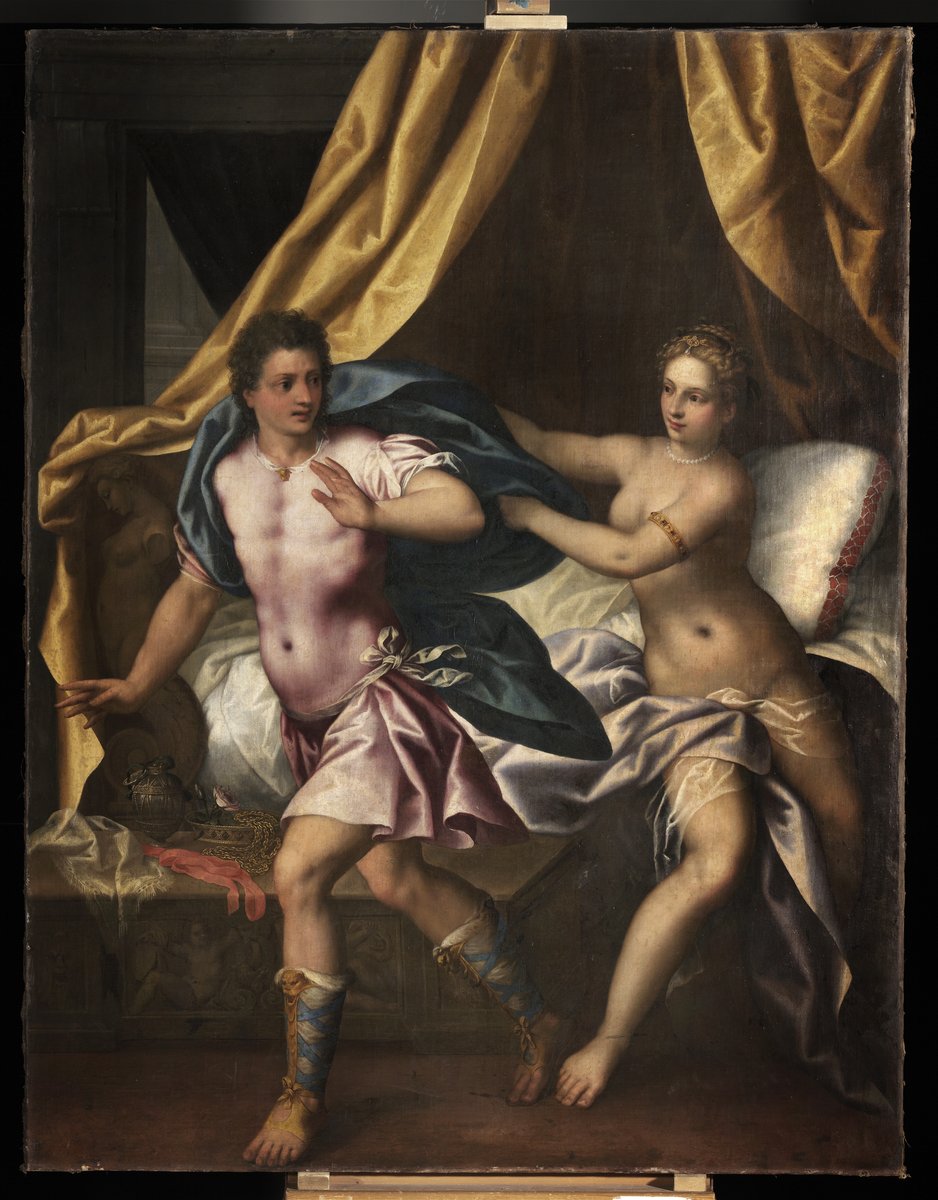 Joseph and the Wife of Potiphar Hans Rottenhammer I 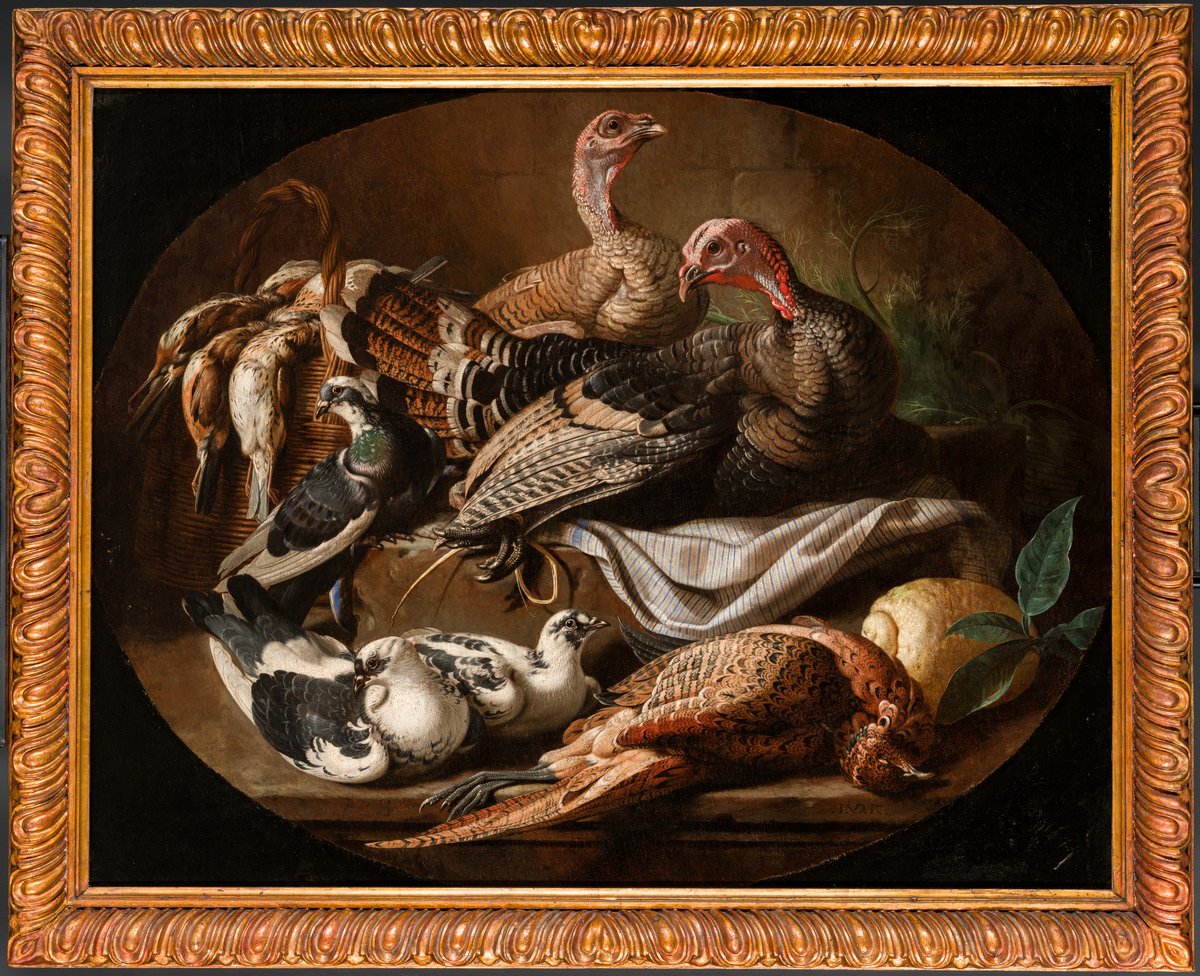 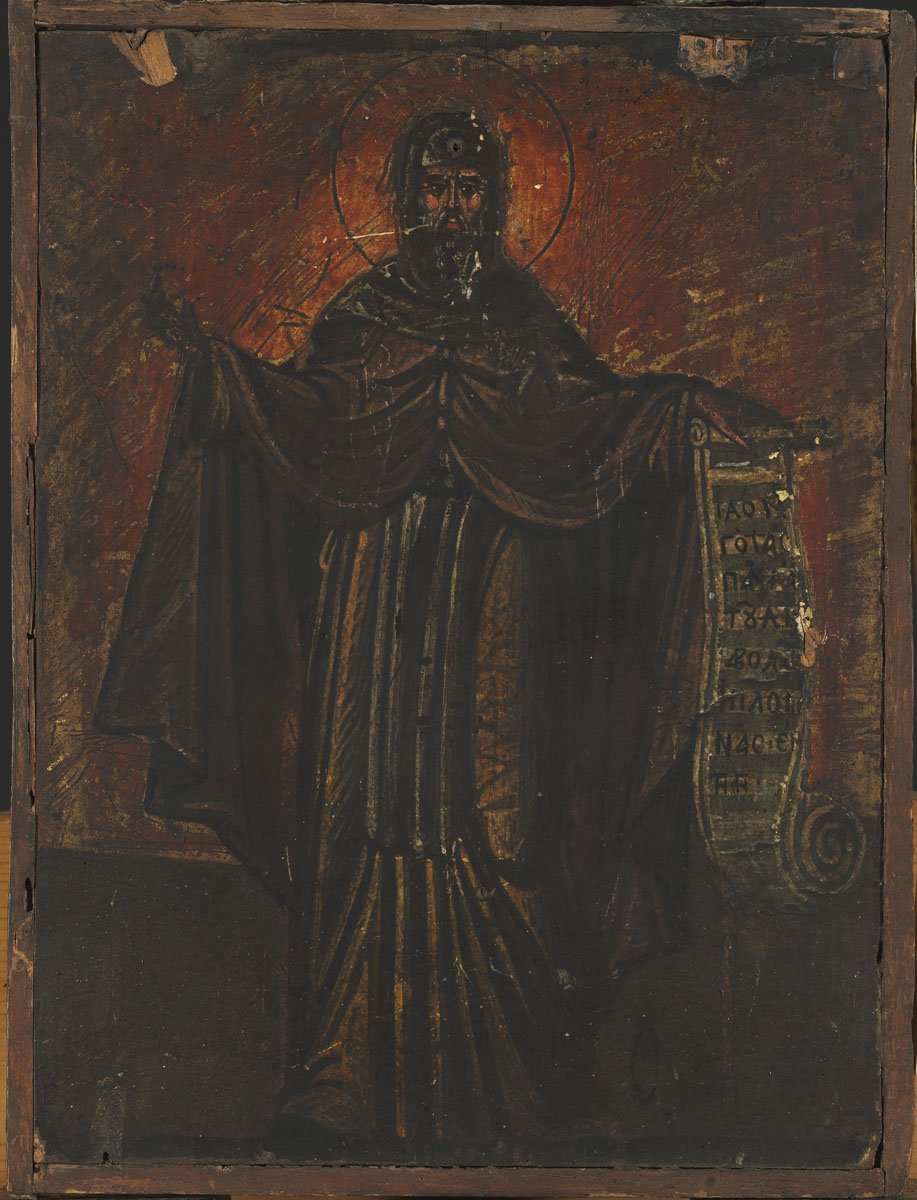 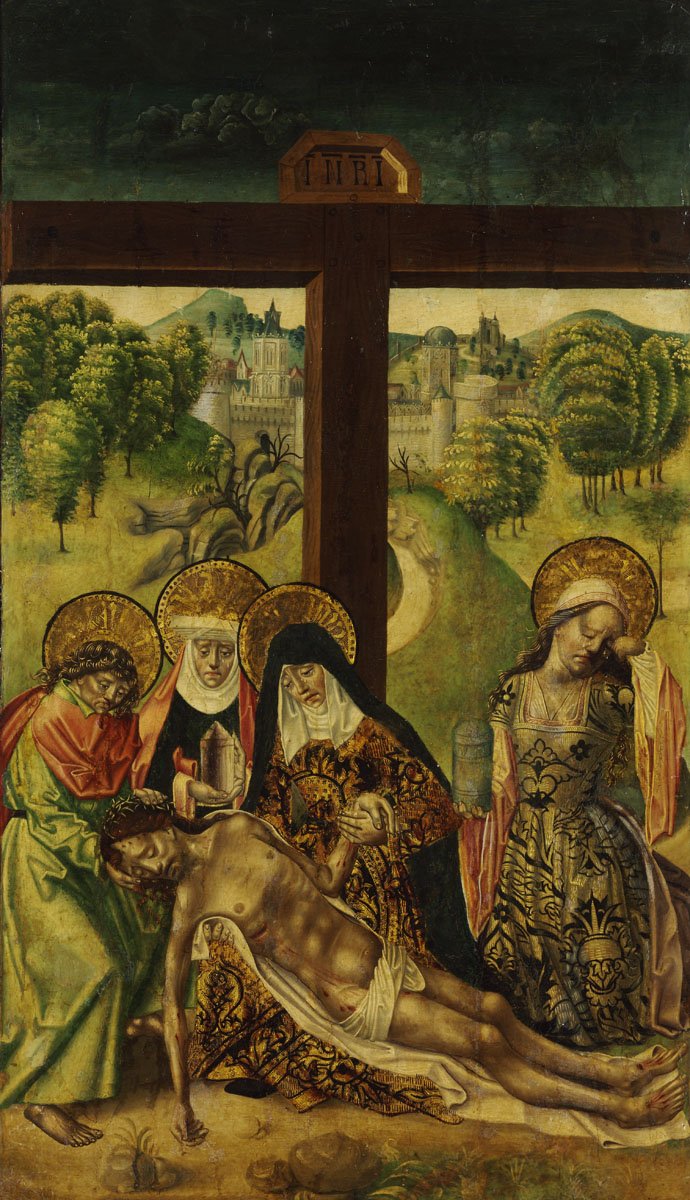 The Lamentation Master of Budapest 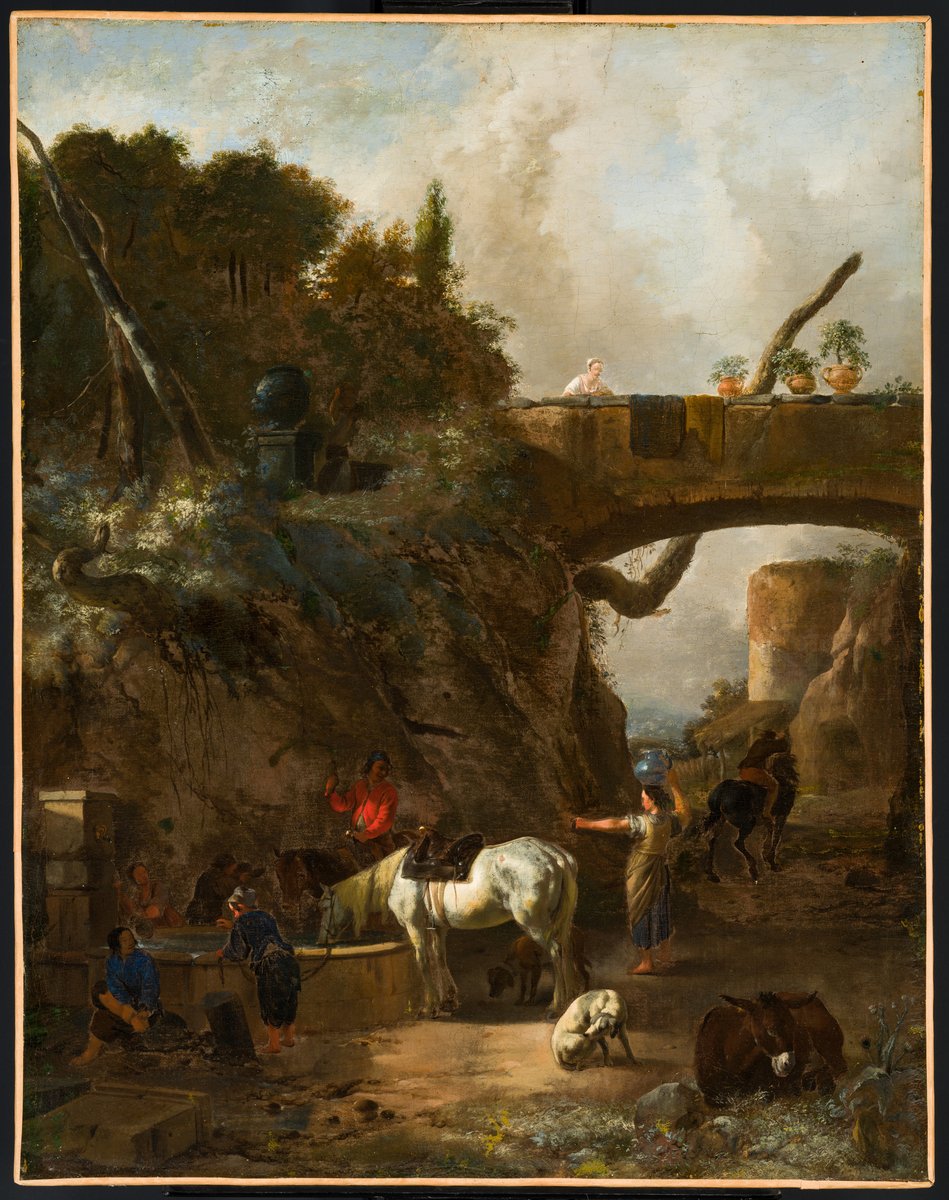 At the Well Jan van Ossenbeck 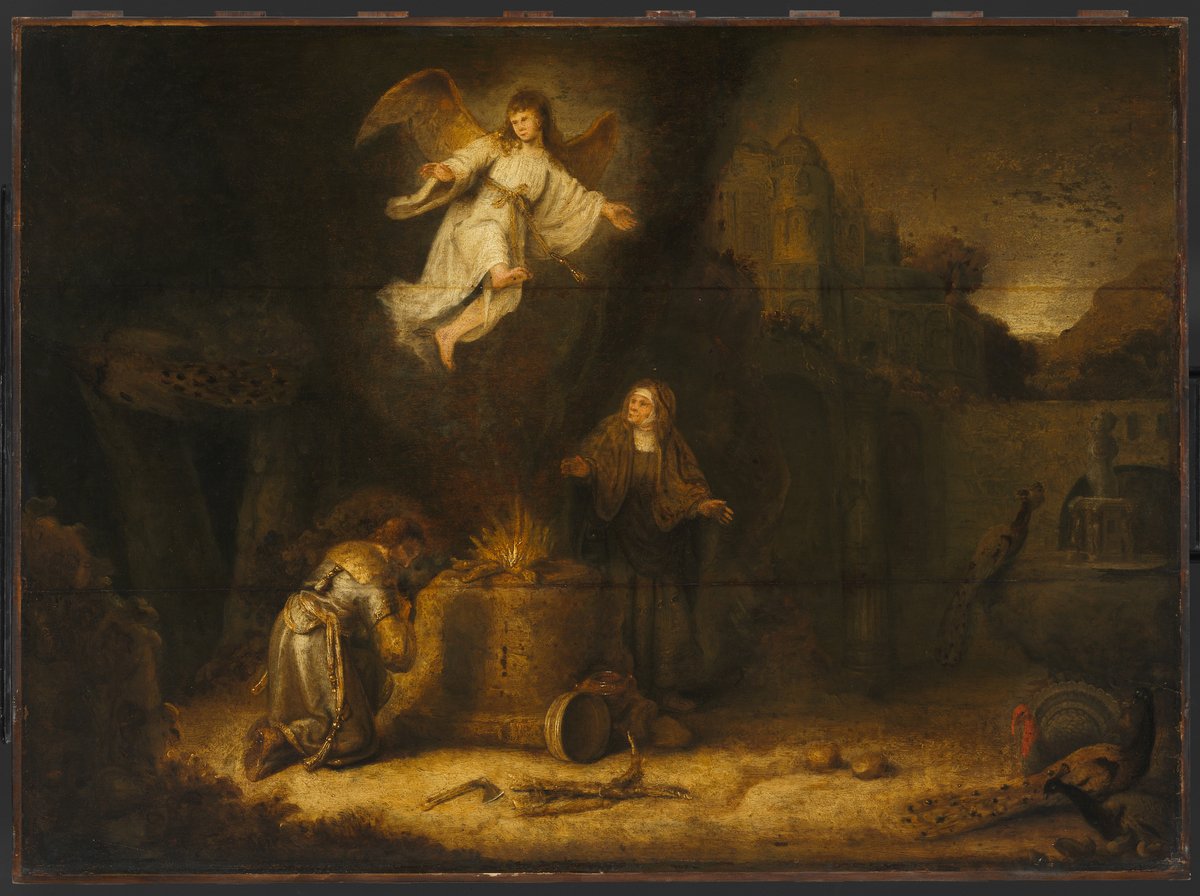 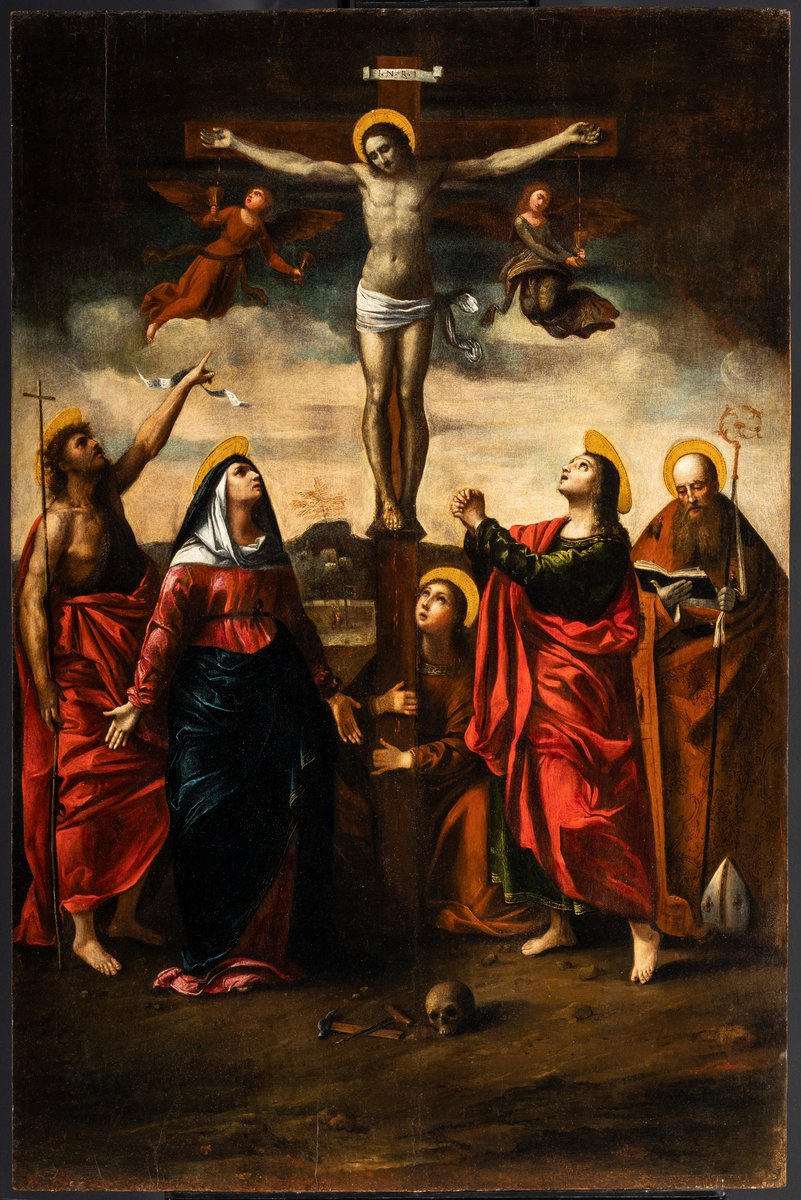