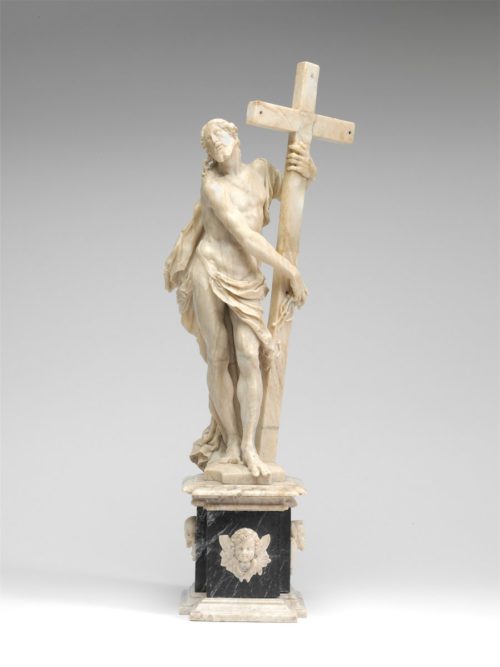 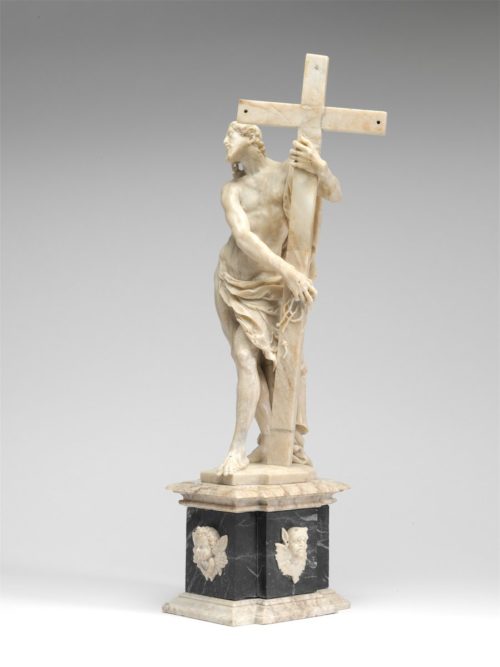 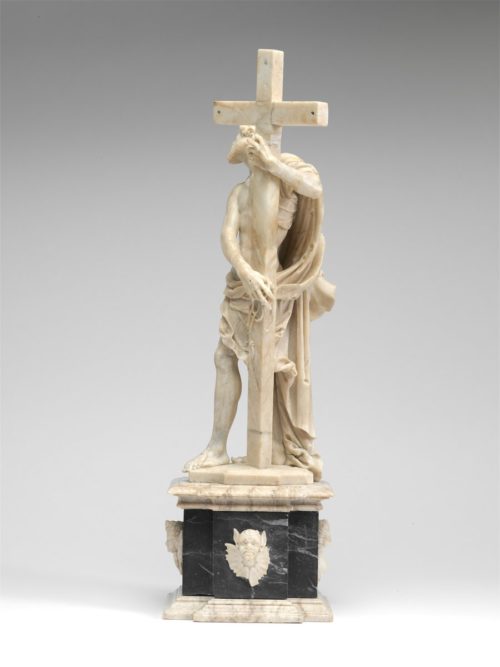 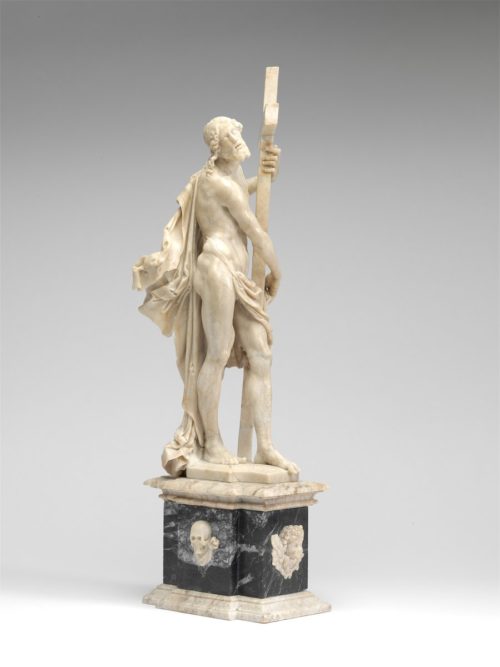 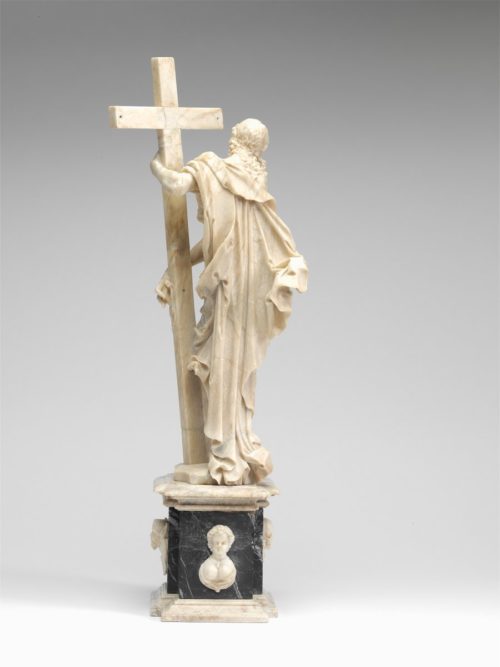 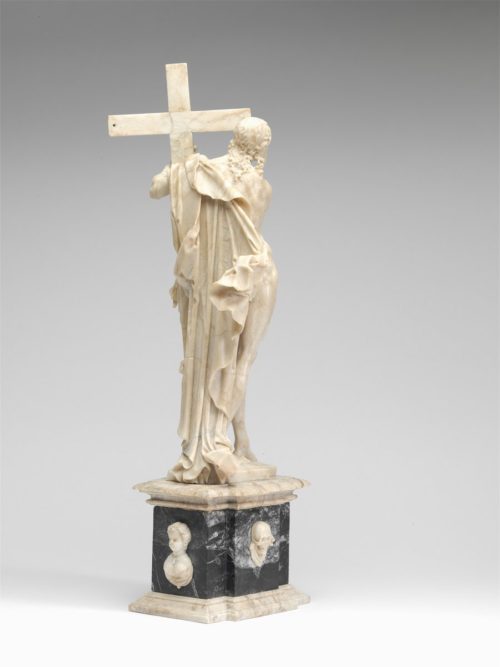 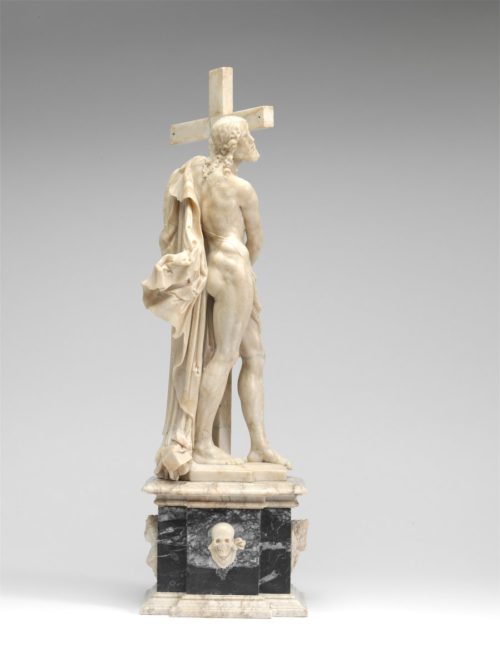 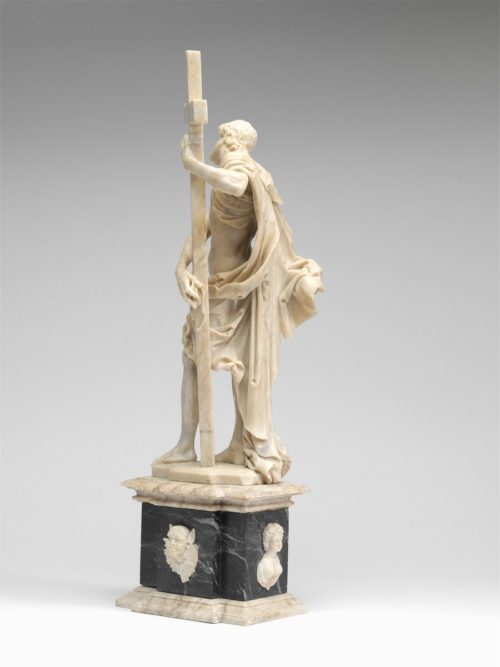 This alabaster statuette exhibits a stylistic affinity to the works of Guglielmo della Porta, who was active mainly in Rome. It reflects the traditions of the Renaissance nude that was inspired by the art of classical antiquity. The artist, whose knowledge of sculpture was excellent, rendered Christ’s figure and the cross in forced perspective, thereby enhancing the view from afar. The statuette’s primary visual source is a work by Michelangelo (1475–1564), namely his statue of the Risen Christ (1514–21) in the Roman church of Santa Maria sopra Minerva.
Furthermore, a similar composition can be found in Guglielmo della Porta’s sketchbook, held at the Museum Kunstpalast in Düsseldorf. 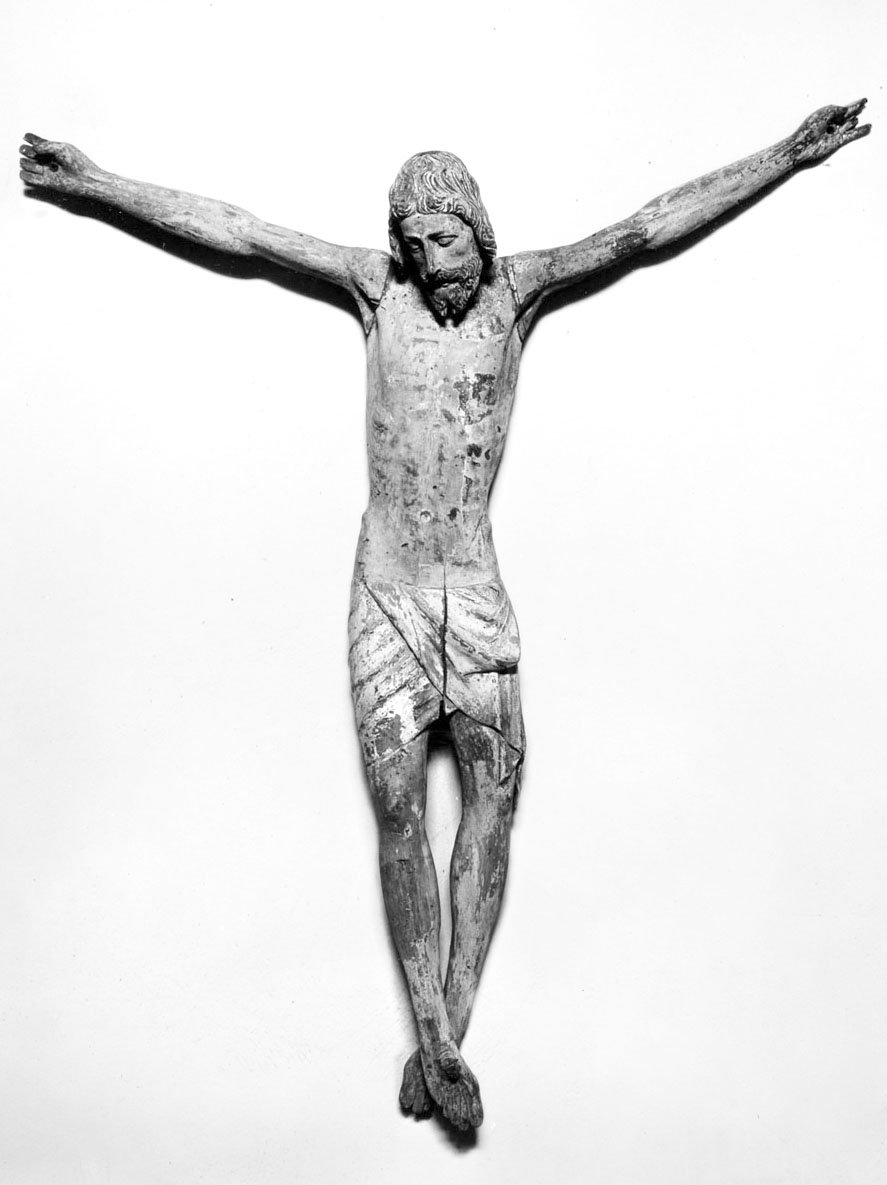 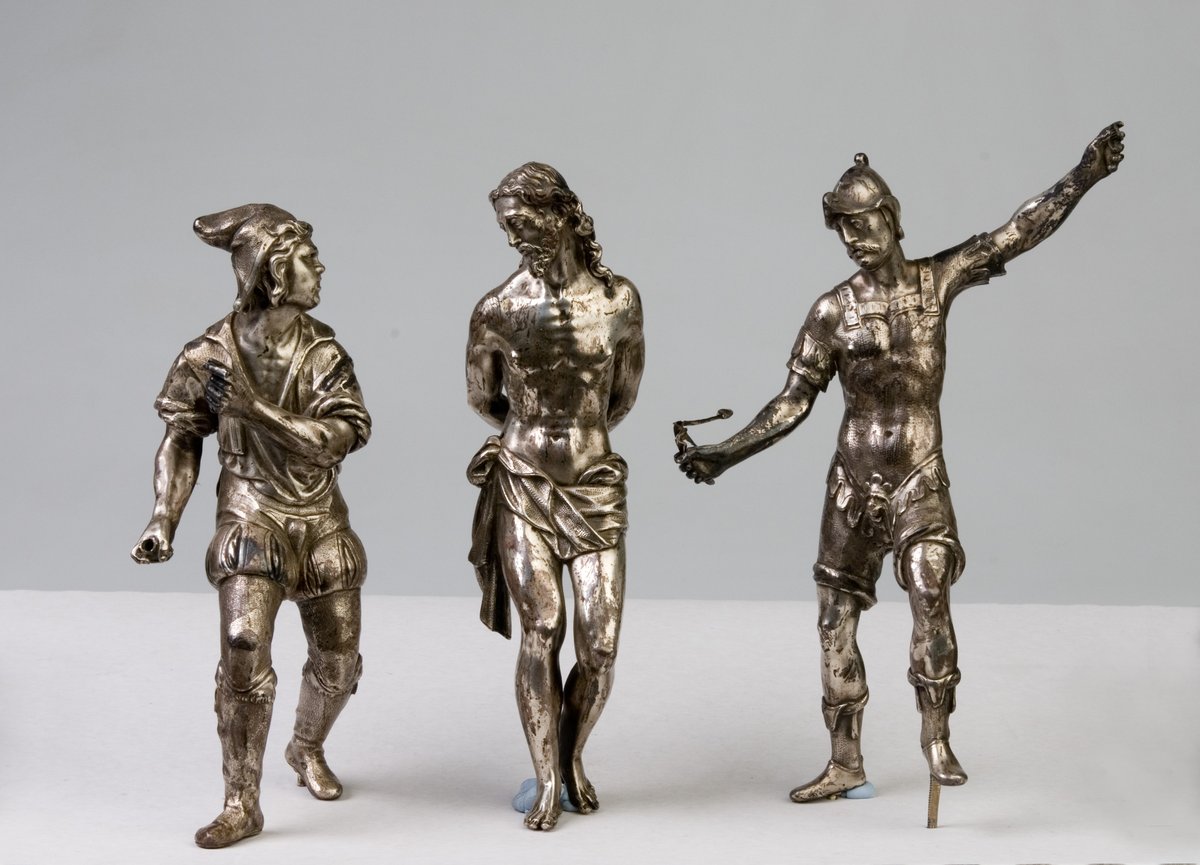 Saint George and the Dragon, relief from the niche of the Orsanmichele Donatello Giuseppe Lelli (cast maker) 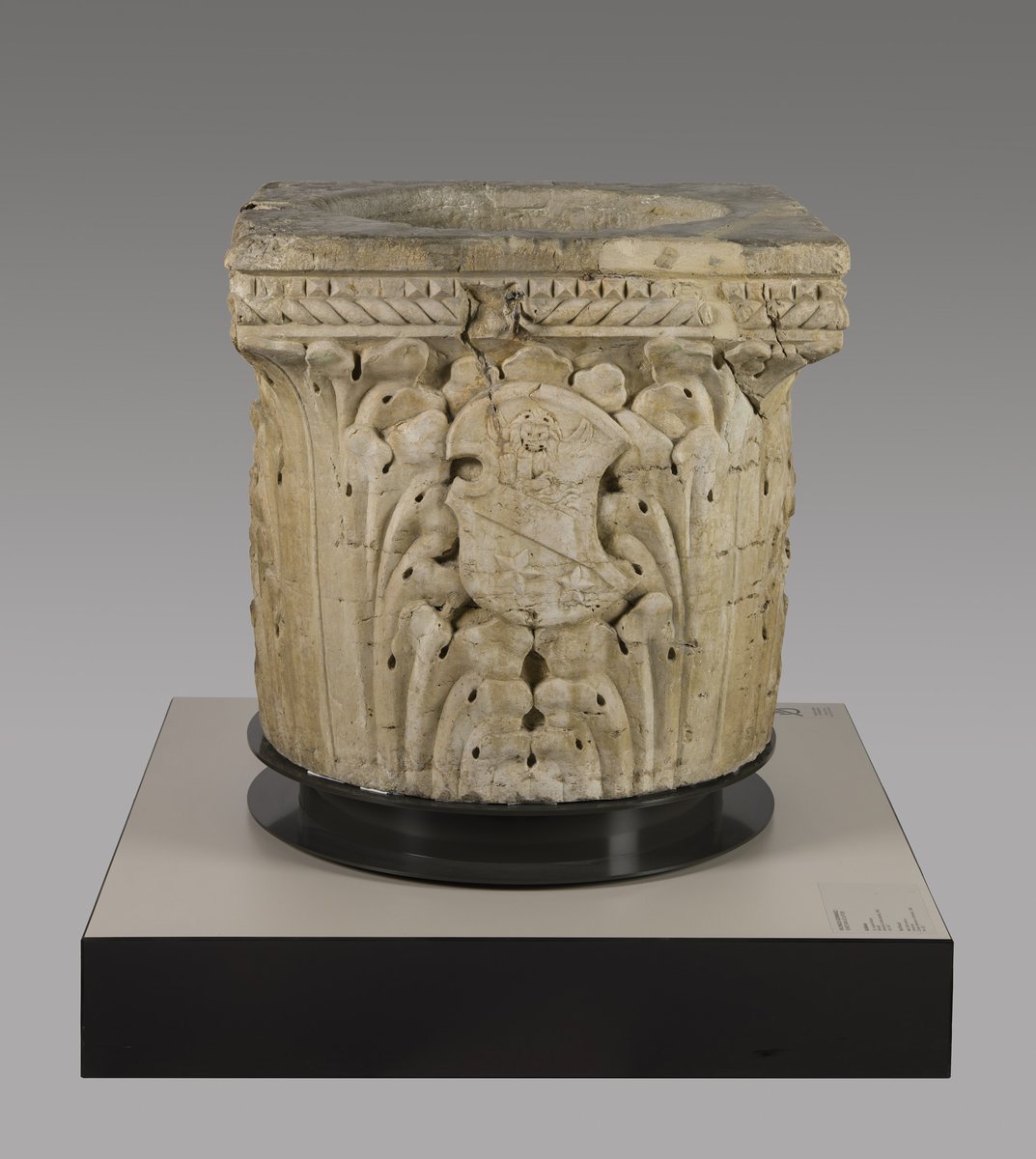 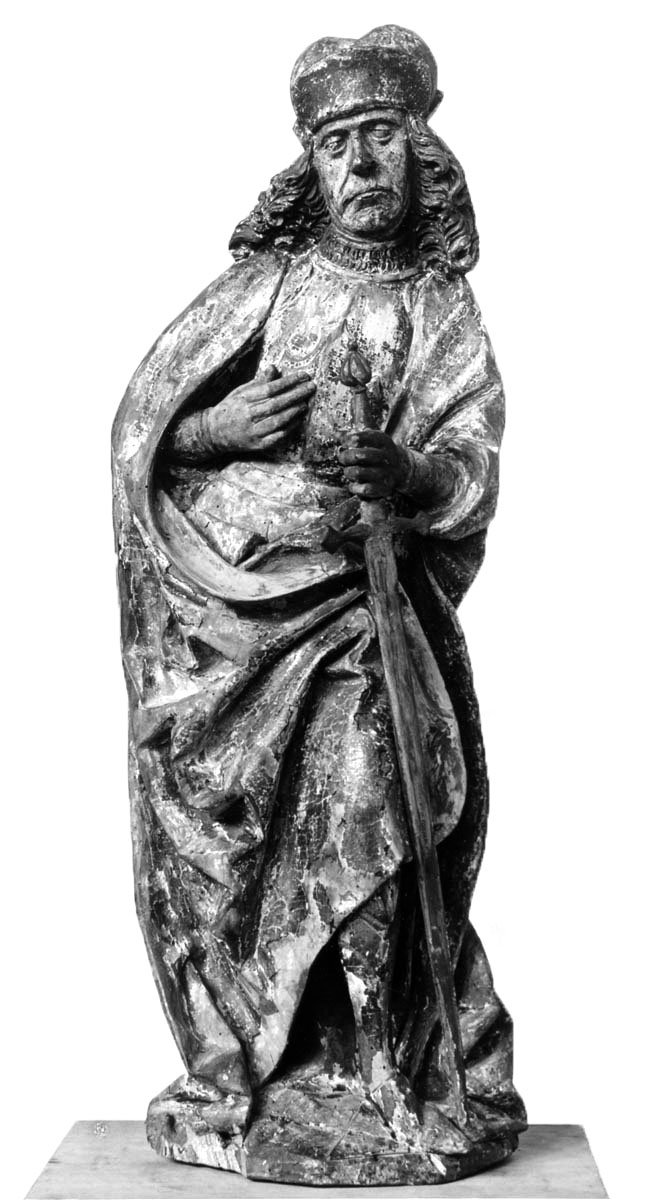 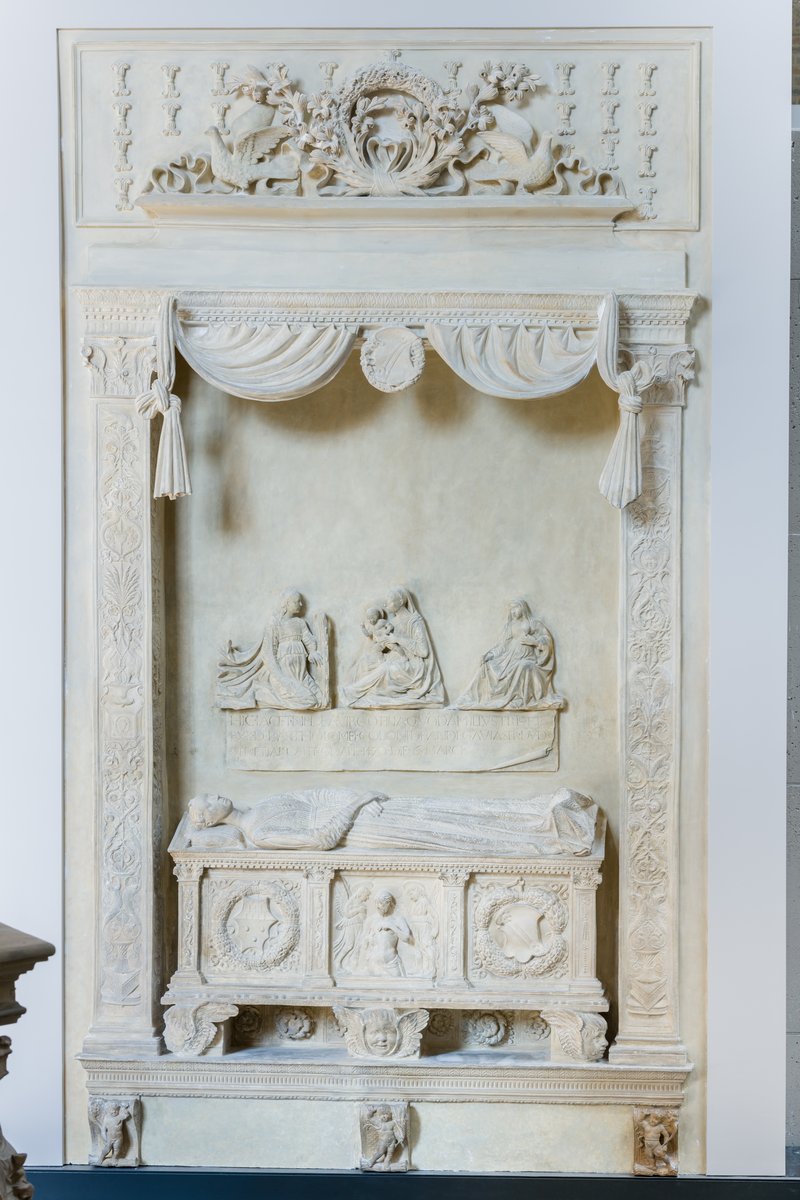 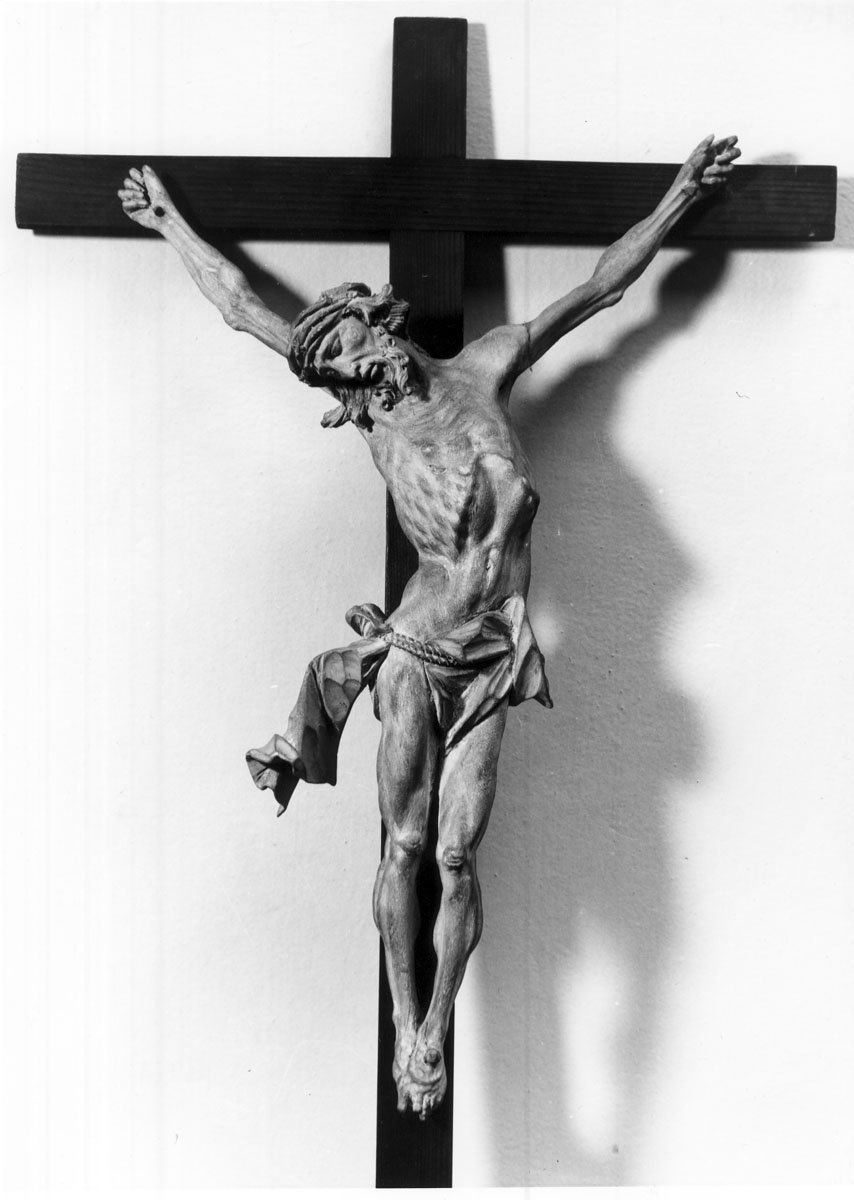 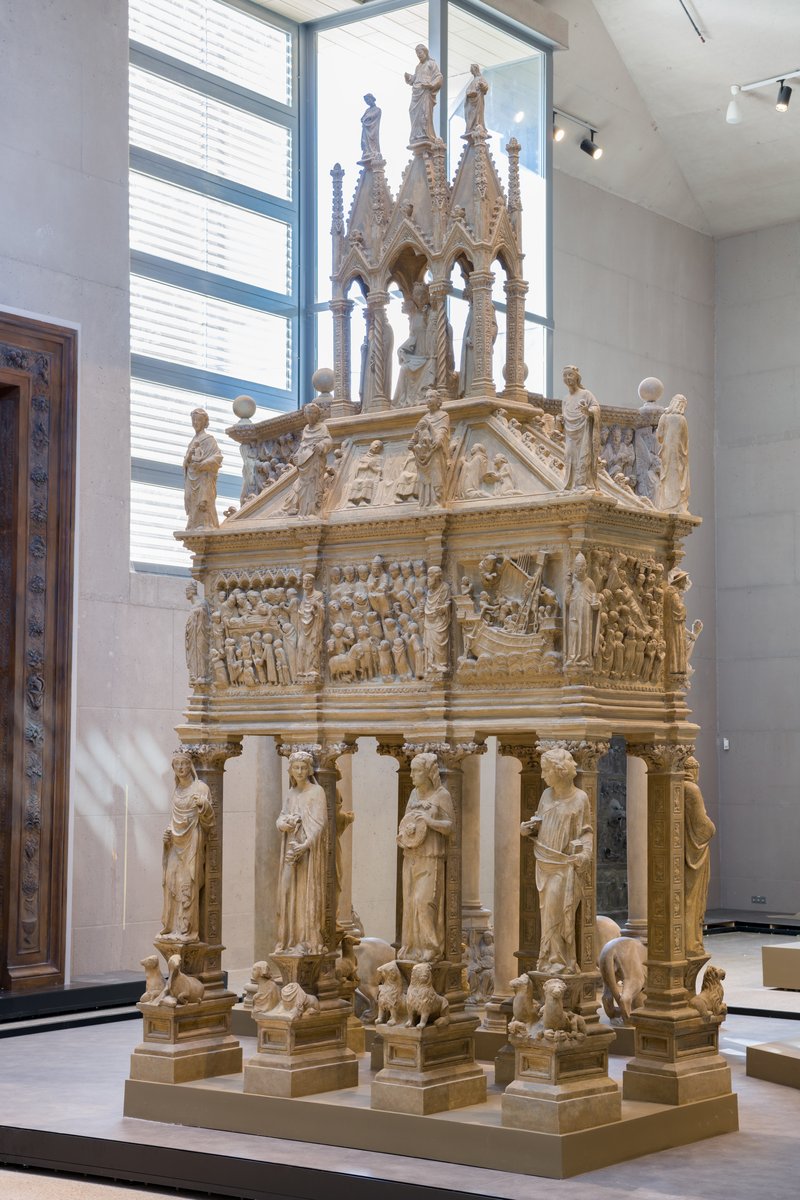