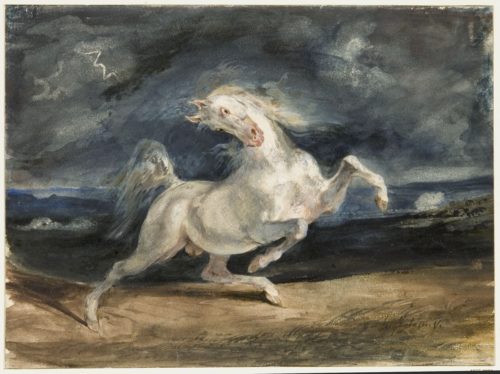 The Museum of Fine Arts Budapest boasts several masterpieces by Eugène Delacroix, the leading figure of French Romantic painting. These paintings, drawings and lithographs are representative of all areas of the oeuvre of the artist, who rejected the Classicist cult of the line, and based his own style on the expressive power of colour.
Delacroix was celebrated by his contemporaries almost exclusively as a painter, as he was reluctant to part with his drawings, which were not meant either for public display or for collectors. He kept his sketches and studies in his studio, which thus became publicly known only after his death. One of the rare exceptions is one of his most dramatic works, Horse Frightened by Lightning, which soon after completion he gave as a present to a friend, portrait and landscape painter Louis-Auguste Schwiter, in gratitude for the casts of a collection of antique medals, from which Delacroix made lithographs.
The horse played a special role in the art of Delacroix in the 1820s. This was so because while preparing the monumental oil painting, Massacre at Chios (1824), he realised he needed a thorough knowledge of the anatomy of the horse if he was to paint historical scenes. Théodore Géricault’s romantically impassioned horse representations were of decisive influence for him, but he did not fail to incorporate in his art the experiences of his 1825 trip to London either. He devoted much time to studying the rearing horses of the Parthenon Marbles in the British Museum, of which he later made lithographs, and he must have been influenced by the work of popular painters of animals. The most immediate precedent of the white rearing horse with the flying mane in the watercolour held in Budapest is to be found in Sawrey Gilpin’s Horses in a Thunderstorm (1797-1798). Delacroix had to know this work, made for the Royal Academy, because he replicated almost exactly the horse which recoils from the lightning in the middle of the British painting. He transformed this unimportant detail into the main motif, and by meticulously working out the reaction of the animal, he created an emotional charge that makes the piece essentially different from the model. In this watercolour, Delacroix achieves the perfect synthesis of the emotive power of a landscape and that of an animal representation. The plane stretching into the distance and the stormy sky that seems to be its extension provide a background for the frightened, rearing horse, as if for a sculpture. The lighting that crosses the almost unrealistically deep blue sky throws a sharp light on the alarmed animal. The red of its eye and distended nostrils intensifies the panic into a vision. The vehemence of its motion and the gust of the storm ruffle its mane, while its tail is raised in the opposite direction. Delacroix’s watercolour embodies all that the horse stood for in the eyes of the Romantics: power, nobility, untamed passion and intensified emotions. Though Alfred Robaut, the first monographer of the artist, dated the piece to 1824, thematic and stylistic links to other dramatic representations make modern scholars believe it was painted later, sometime between 1825 and 1829.
Text: © Zsuzsa Gonda 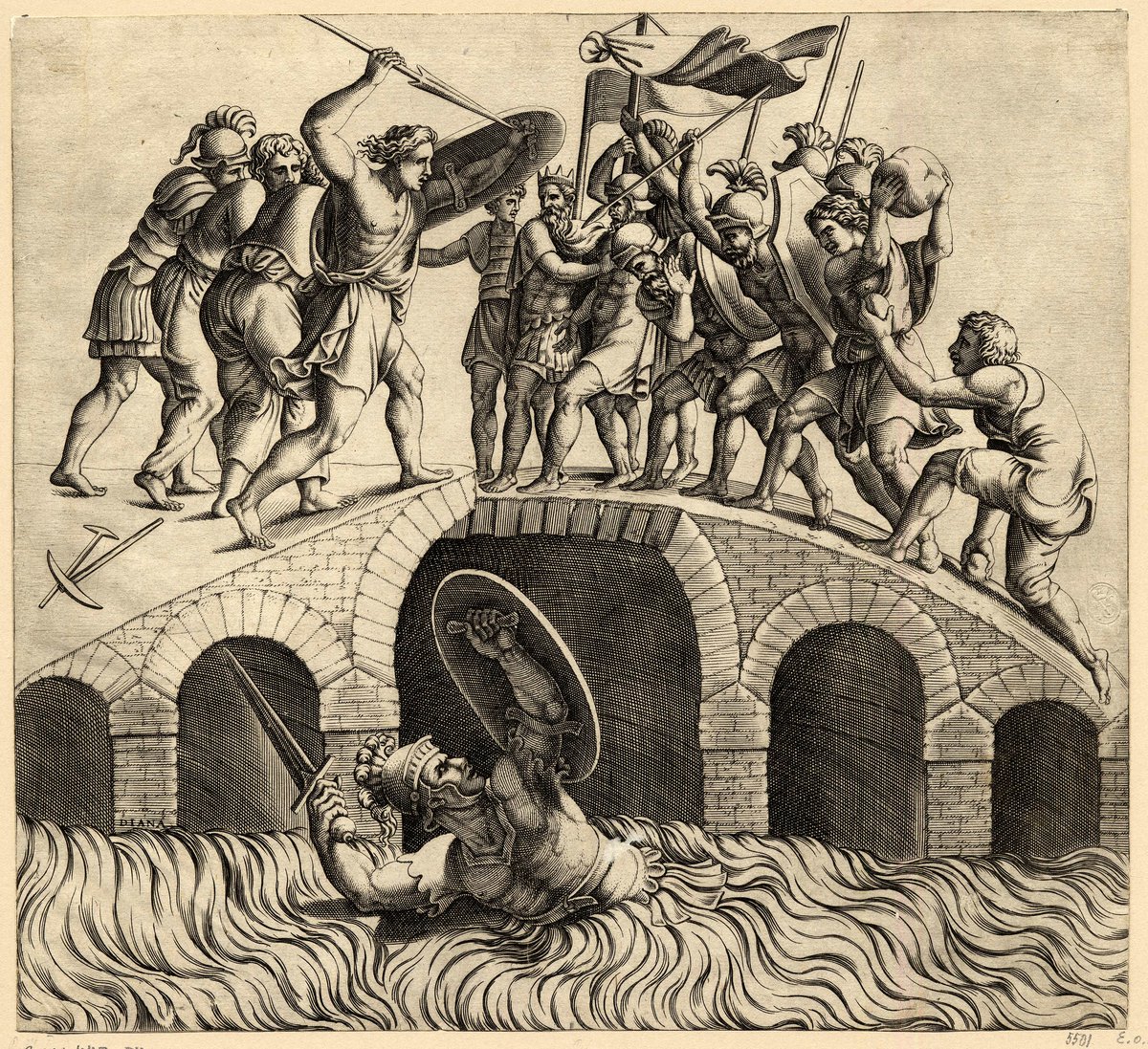 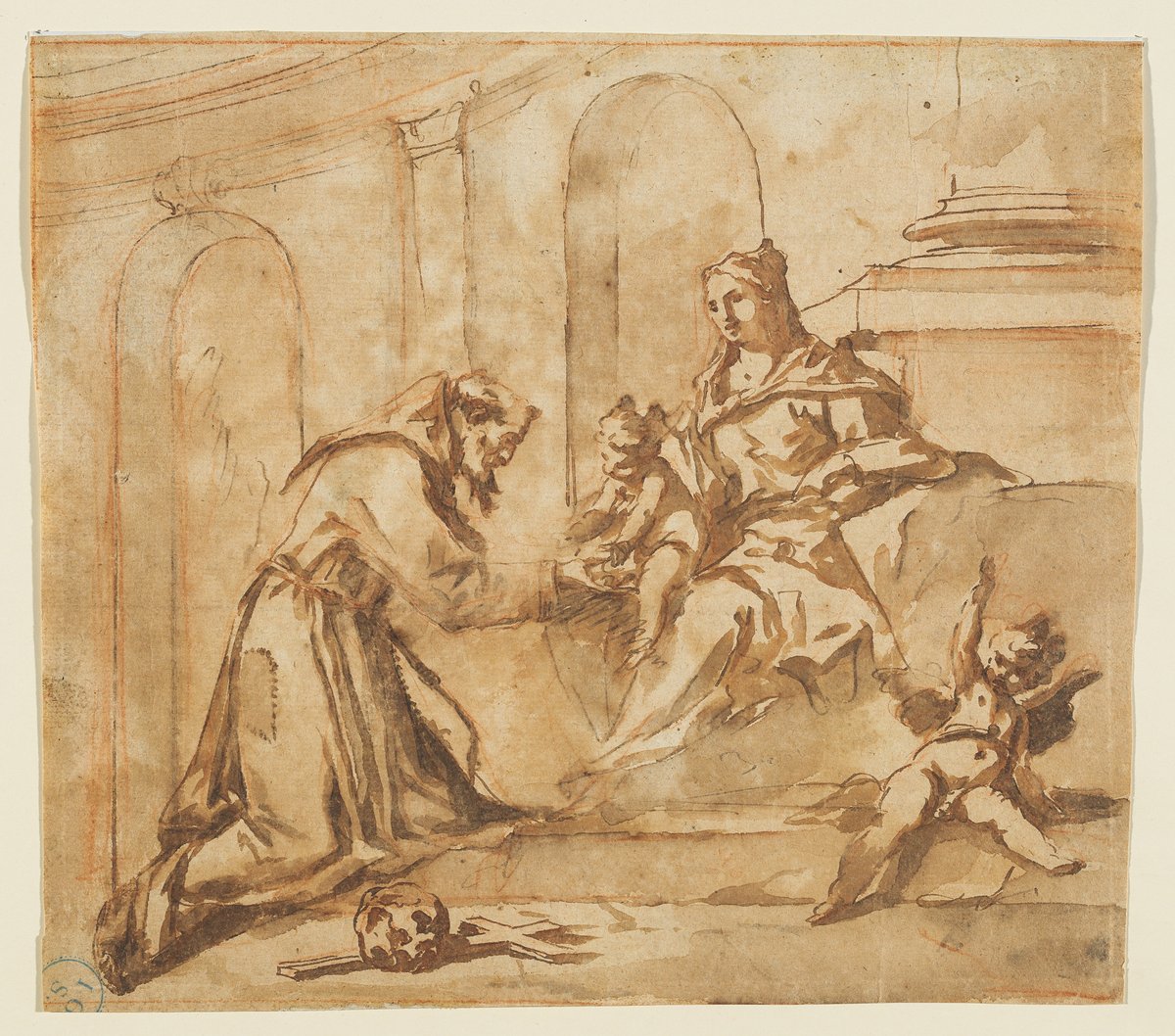 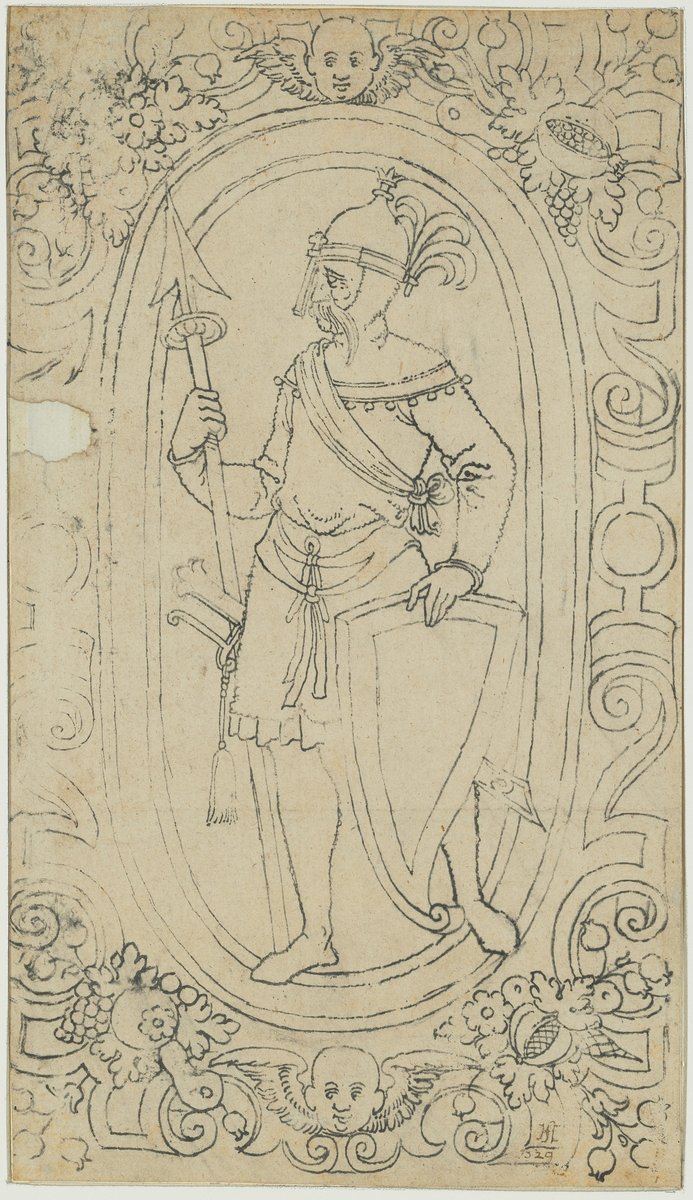 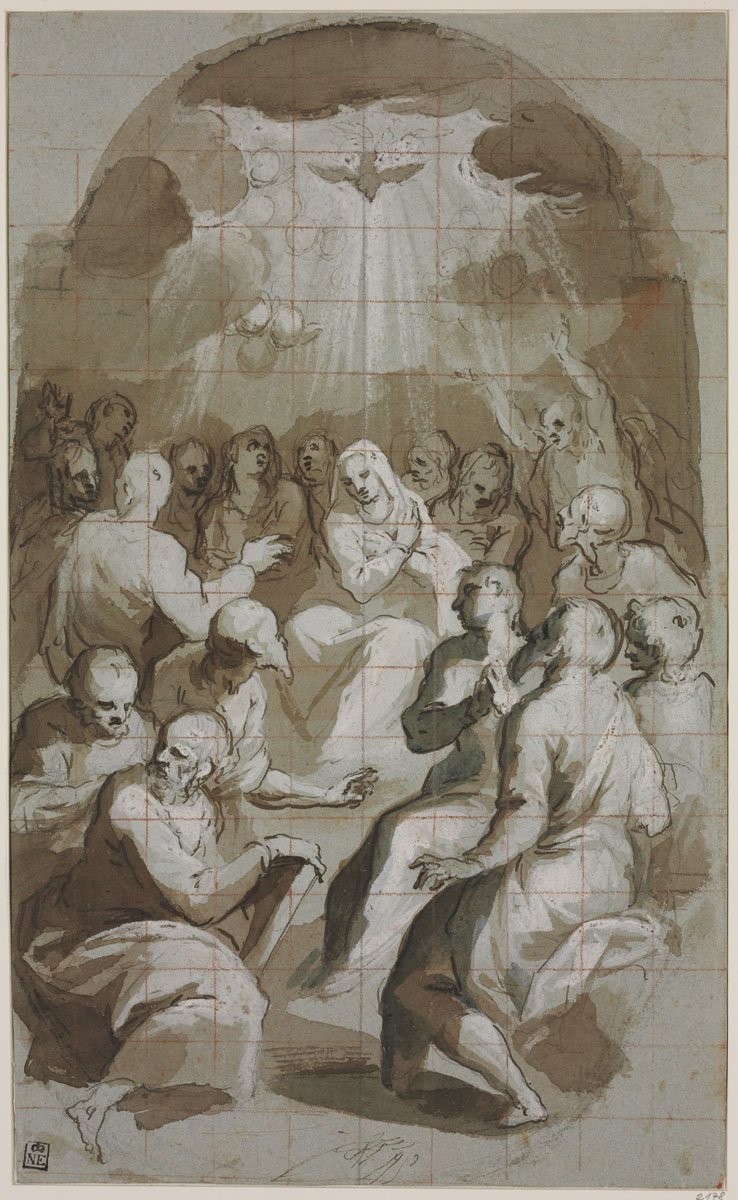 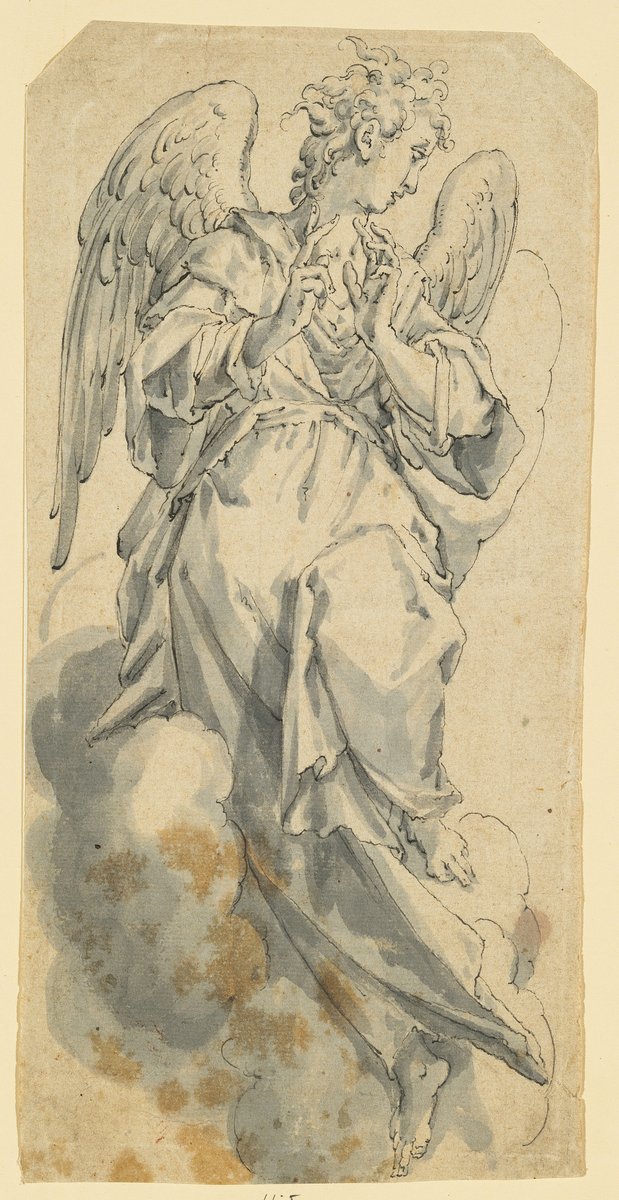 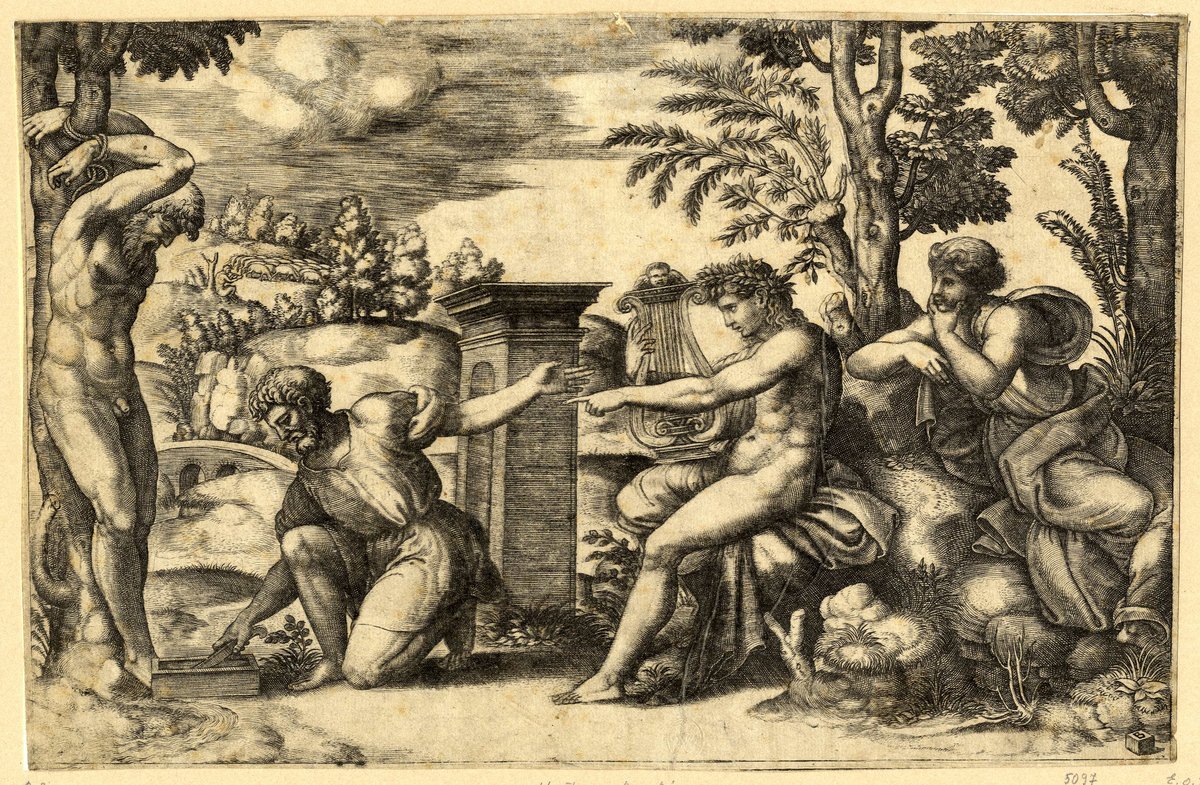 Apollo and Marsyas Master of the Die Raphael (after) 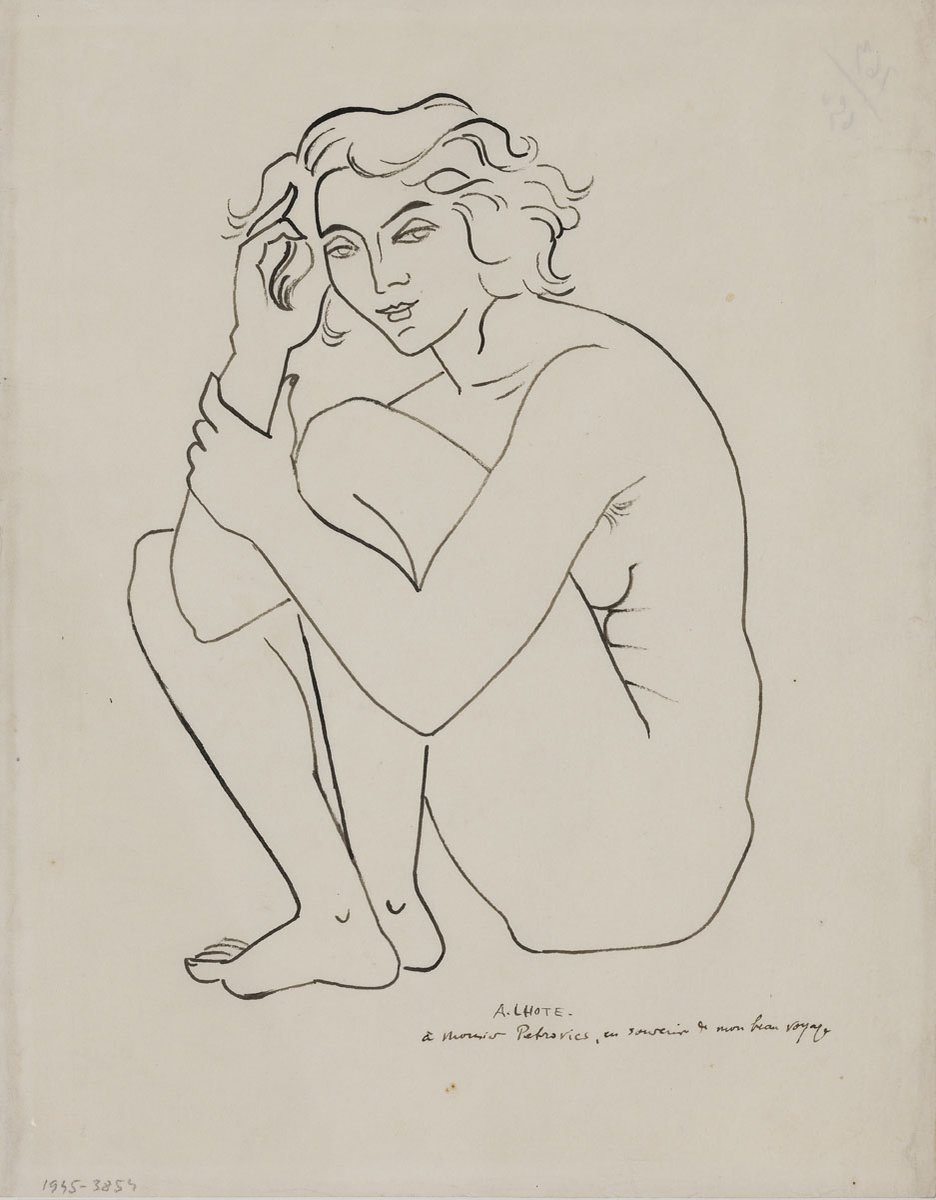 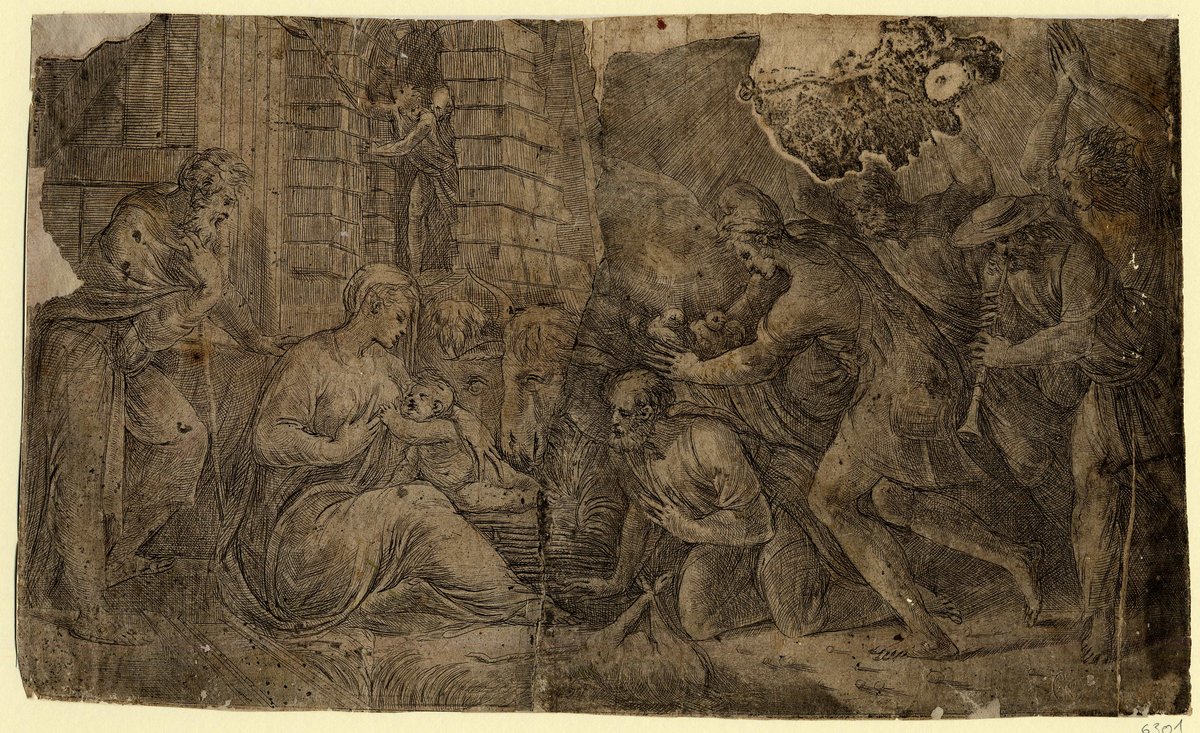 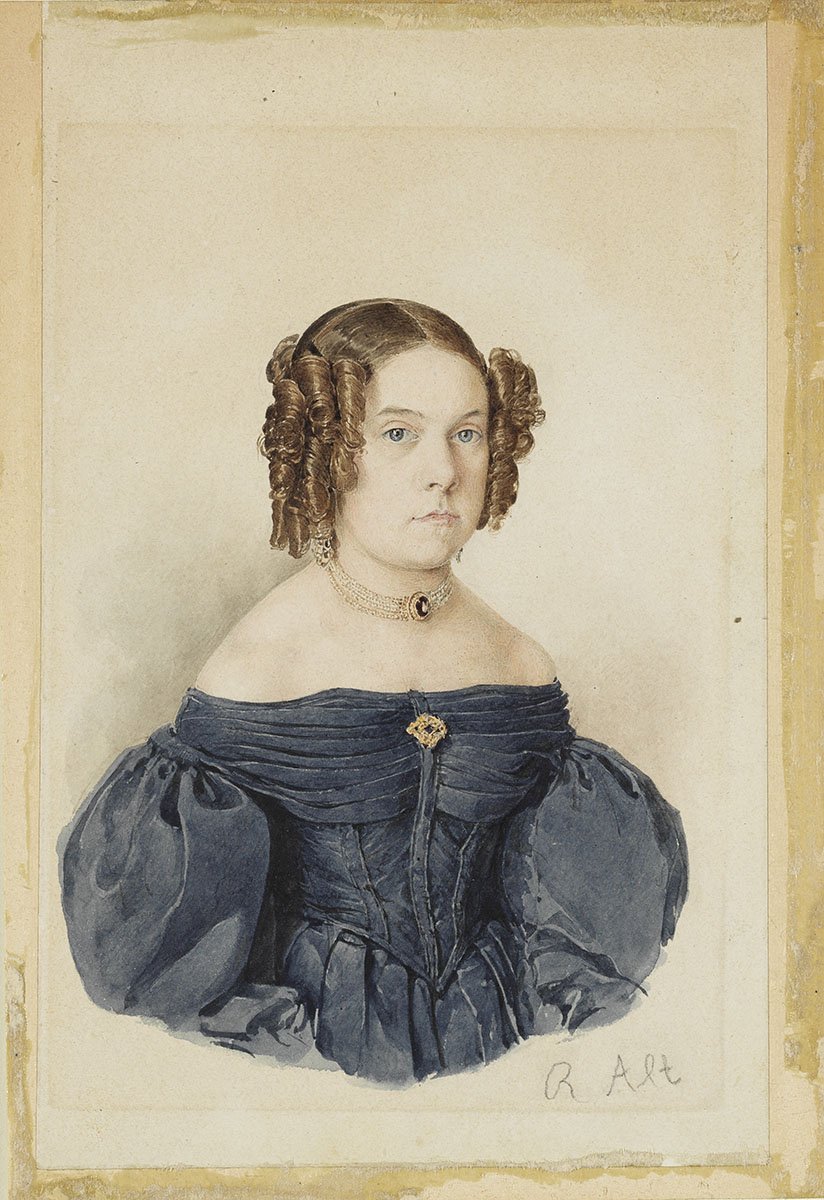 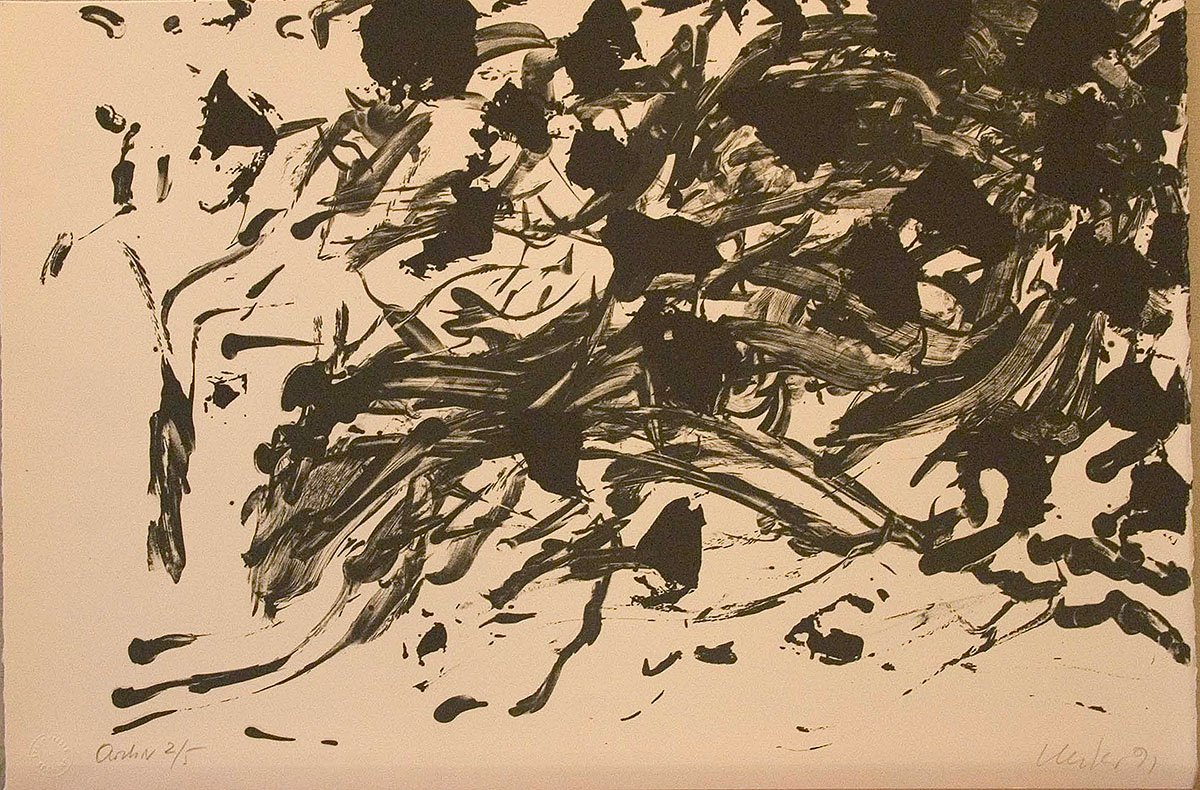