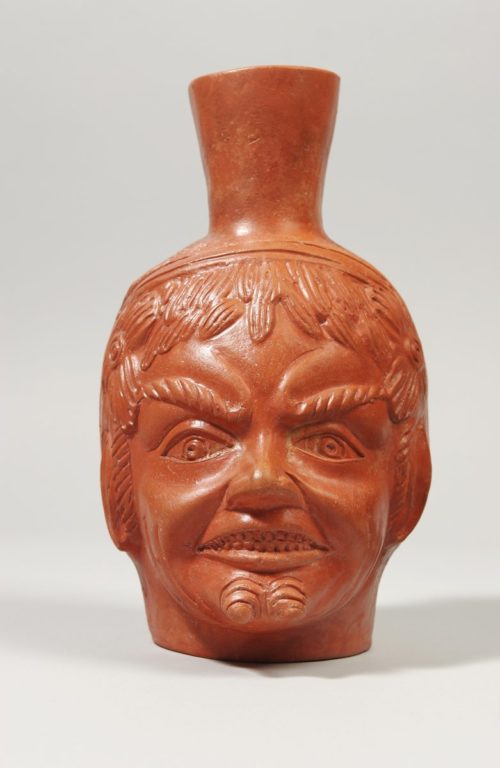 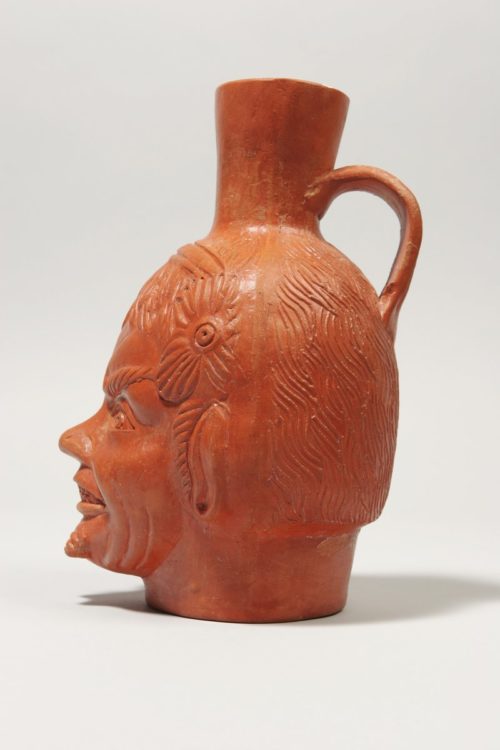 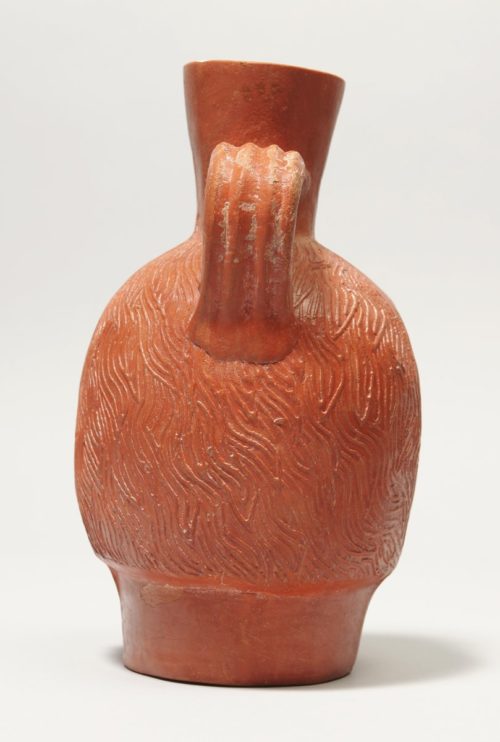 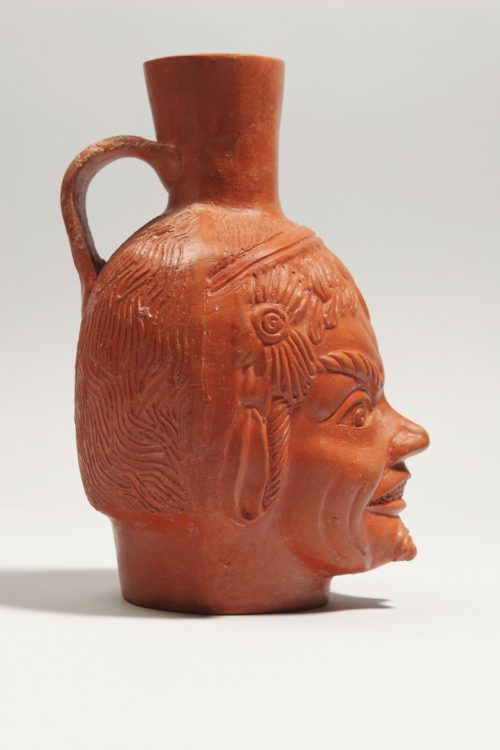 Rome became the sole great power in the Mediterranean basin after the destruction of Carthage, its greatest enemy in the Western Mediterranean, in 146 B.C. The Romans organized the area of present-day Tunisia, Libya and Eastern Algeria into the province Africa, which they controlled – with brief interruptions – up until 698 A.D. On the conquered territories they founded new cities, which soon developed into significant centres. They joined long-distance commerce, and maintained intensive relations with the entire Roman Empire. Large villa-estates were established, whose owners made great fortunes by producing oil, grain and grapes. The province experienced its golden age under the rule of the Severan dynasty (193–235 A.D), which was of African origin. Even though the decline of the Severan dynasty was followed by economic recession, about thirty years later the province regained its economic strength.
The first pottery workshops producing terra sigillata appeared around 70 A.D. near the great estates situated in present-day Tunisia, in an environment boasting Punic traditions, with a culture and economy open towards both East and West. The type produced in Africa of this characteristic, glossy red-slip luxury ware, widespread in the entire Roman Empire, was called light sigillata (terra sigillata chiara) after their lighter slip. In the beginning the workshops there imitated Italian and Gaulish types, but soon they found their own style and created their characteristic ceramic vessels. Local potters preferred to adorn their wares with appliqué, stamped or grooved ornamentation. Besides mosaics and the stelai continuing Punic traditions, African sigillata industry became one of the most characteristic and unique artistic expressions of the province. The clay-fields, water resources and forests providing fuel were in the possession of local landowners, and it was they who commissioned the potters and supervised the sale of the wares. African wares were exported to the Mediterranean, Britannia and Danube regions as well.
Head-vases had been popular as early as Classical-Hellenistic times, but their production ceased at the beginning of the Roman imperial period. They caught on anew in the 2nd–3rd centuries A.D. in Asia Minor, Knidos and Athens, and later in North Africa. In Africa the workshops producing head-vases were closely connected to pottery workshops creating terra sigillata: in all probability some craftsmen who worked in both, overseen by the same owner. The vases decorated with a human head are associated with the cult of Bacchus (Dionysos, Liber Pater), who enjoyed great popularity in North Africa. Besides a number of tomb complexes that have so far been excavated, it is the often-schematic hairstyle that provides a key to the dating of the vessels.
This striking red vessel forming the grinning face of a satyr was made in the environs of Henchir es Srira, situated in the central region of present-day Tunisia, around 300 A.D. or somewhat later. The hair at the back of the head was modelled afterwards, like icing on a cake (en barbotine-technique). The head of the satyr is crowned with a diadem, which is decorated with rosettes on both sides. The deep grooves of the sculpted parts are in sharp contrast to the smooth surface of the body, and make the face strongly expressive. This piece was probably produced in the workshop of a master called Olithresis. The vases modelled in the shape of a satyr, Bacchante, young man, drunken actor, or old woman can easily be associated with Bacchus, a god who enjoyed great popularity in North Africa. Perhaps the vessels not only expressed the comfort of wine in the face with the sorrow over death, but also, through the mysteries linked to the god, embodied hope for the deceased’s rebirth. 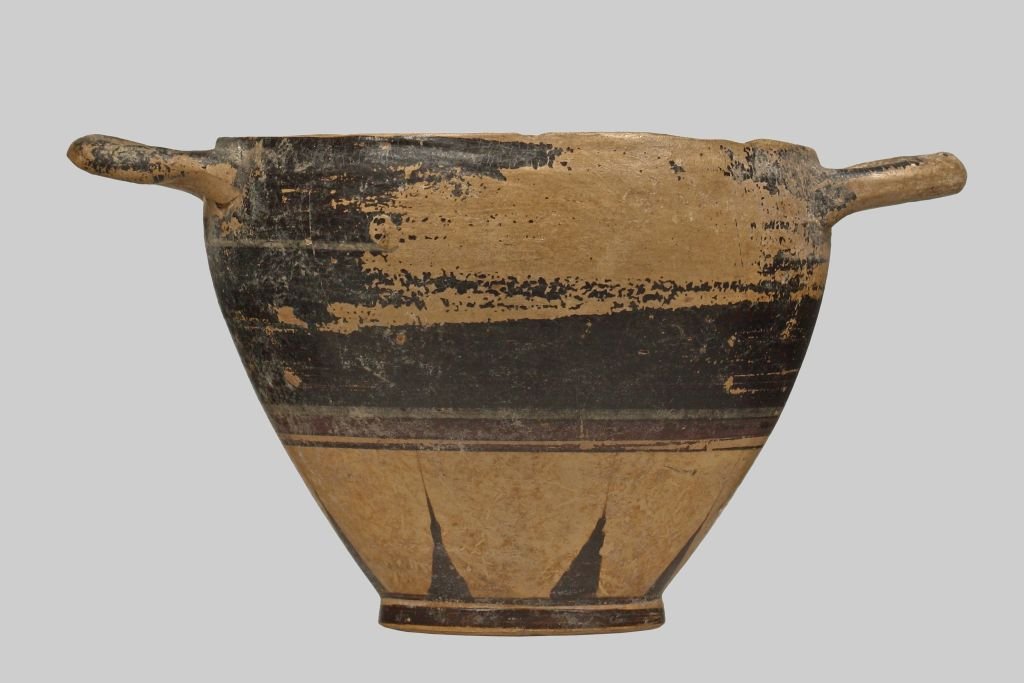 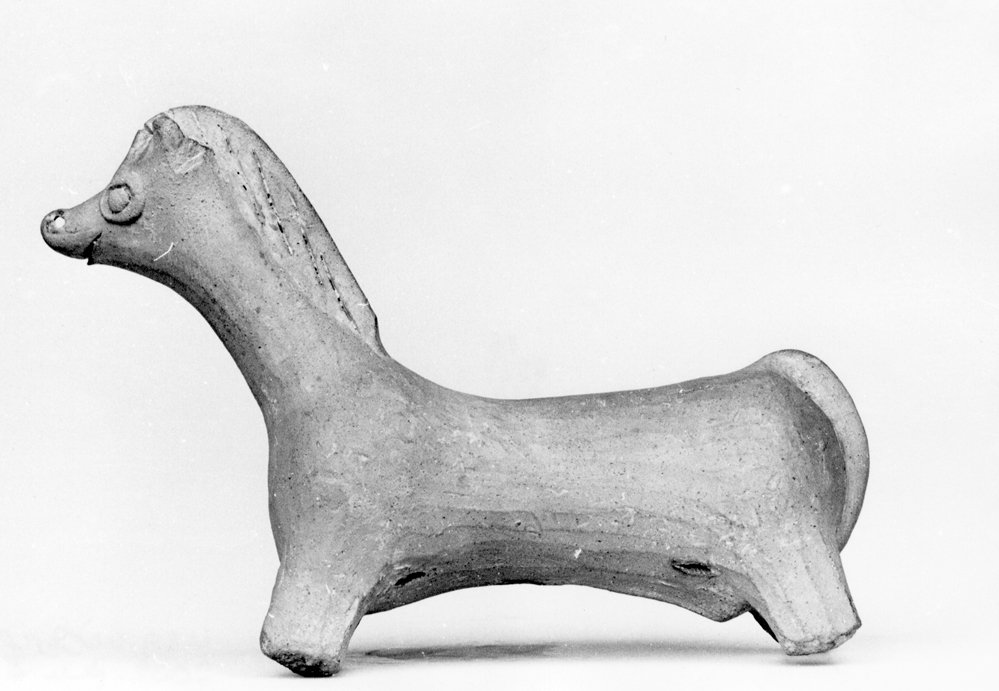 Figure of a Horse 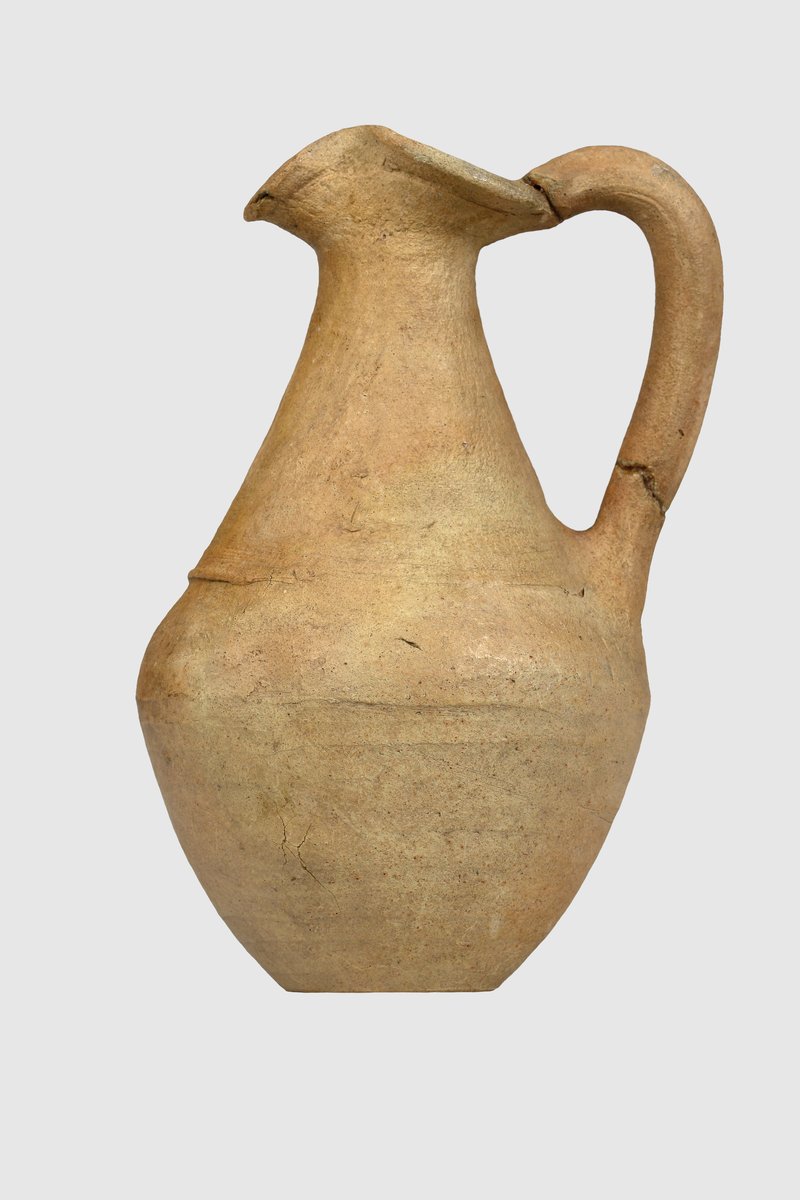 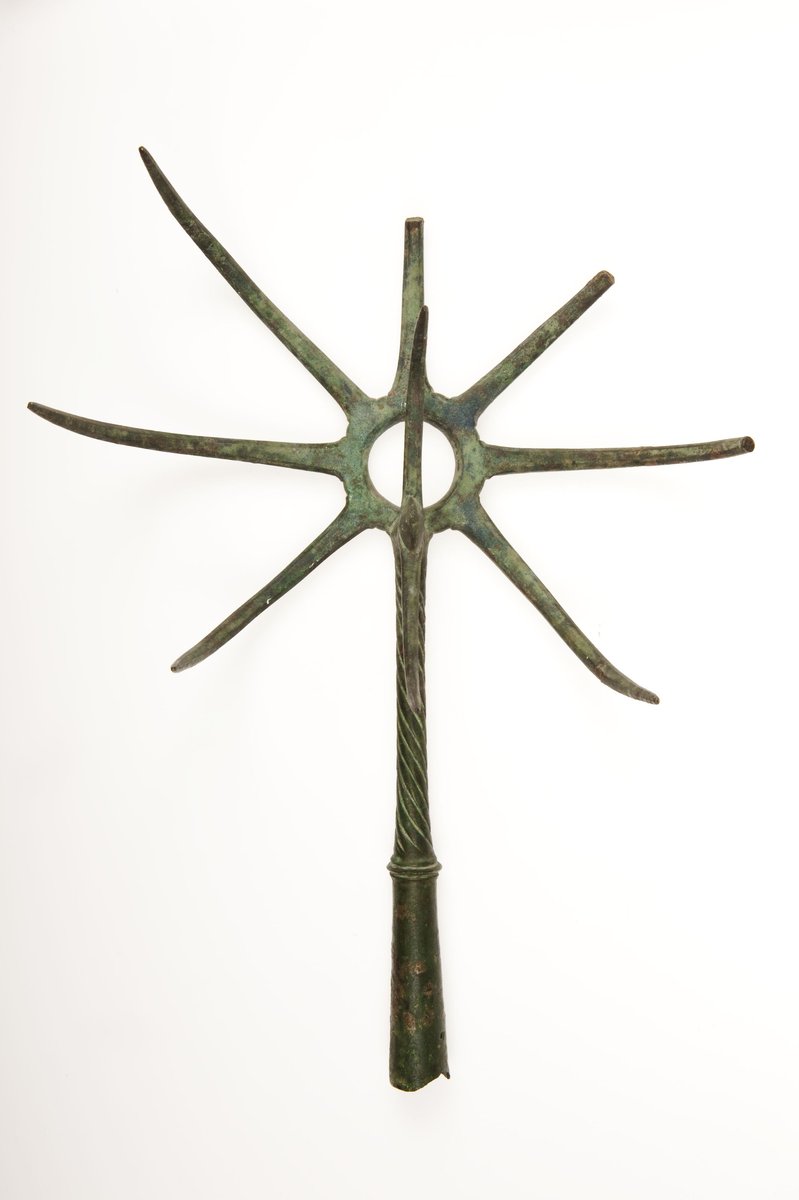 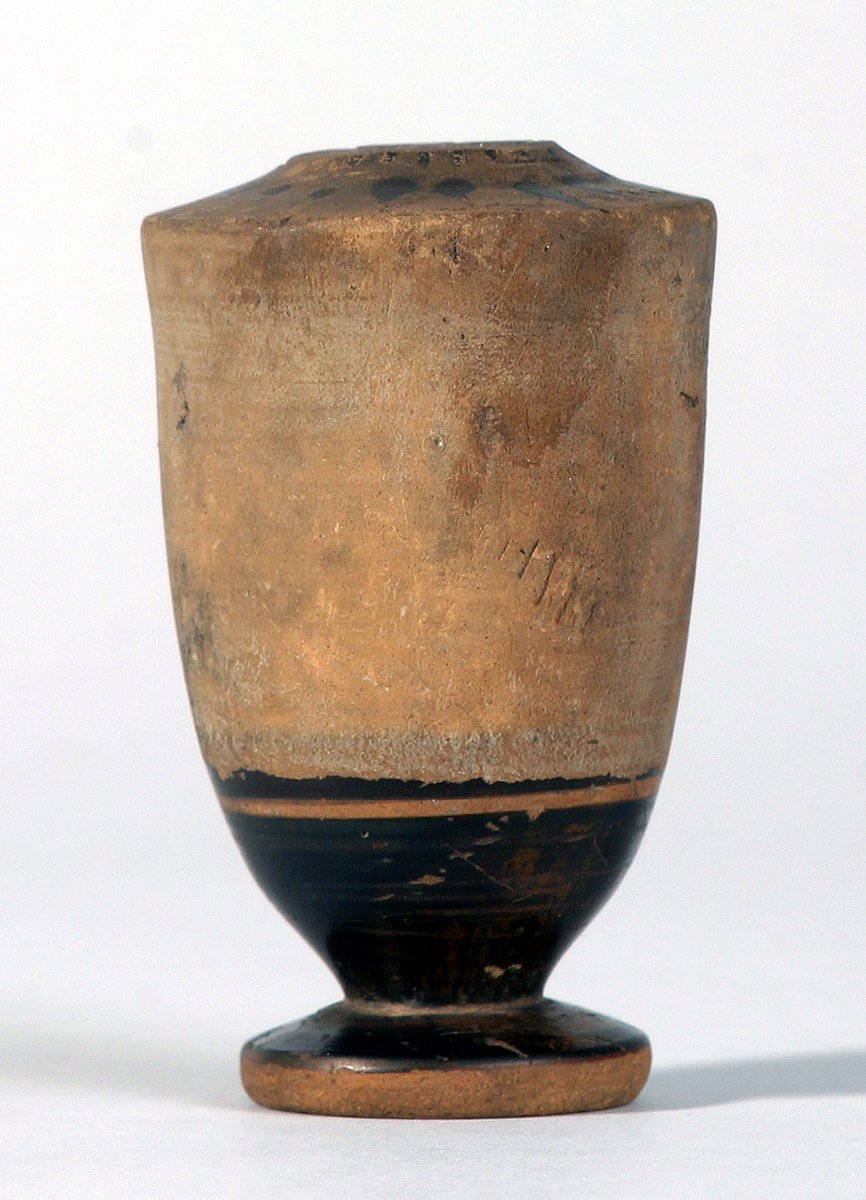 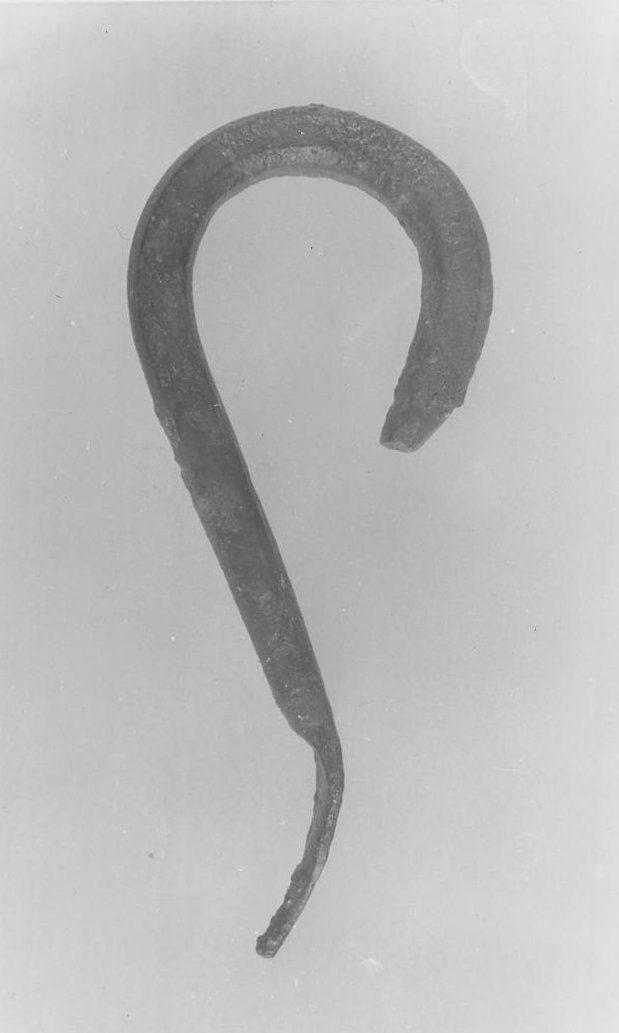 Handle of an Etruscan vessel 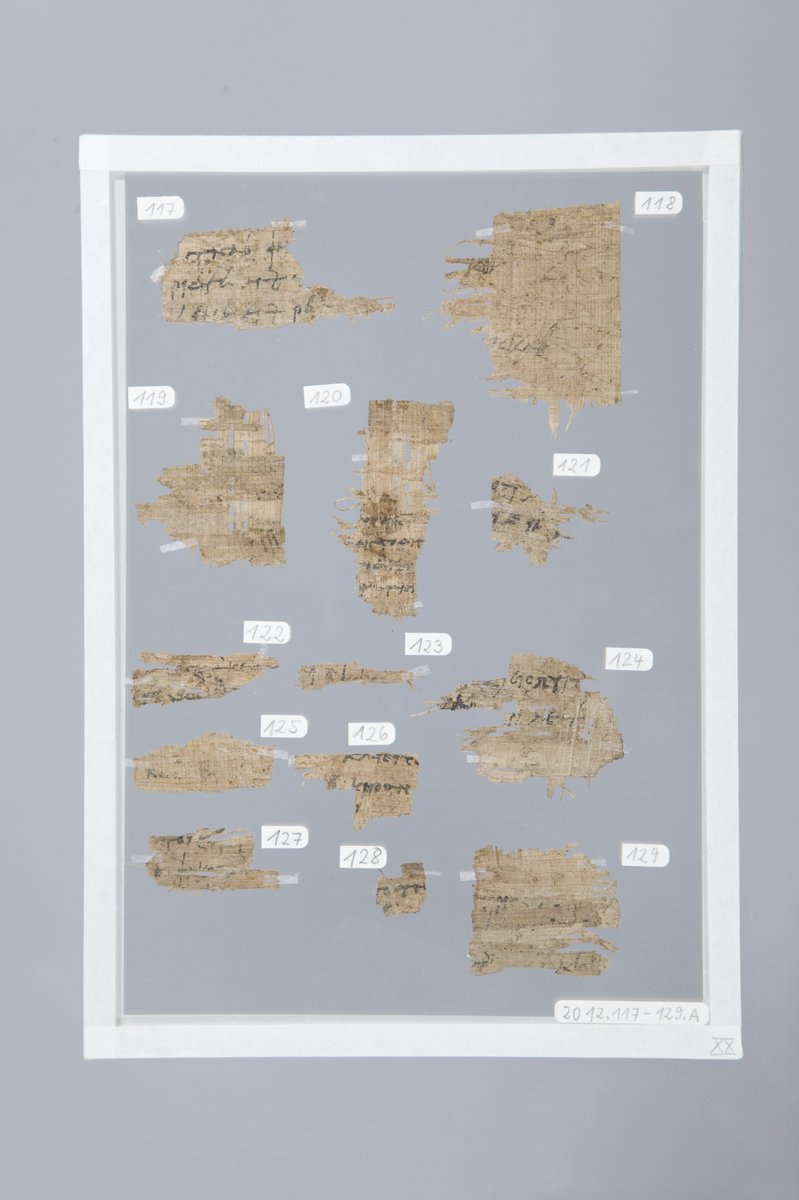 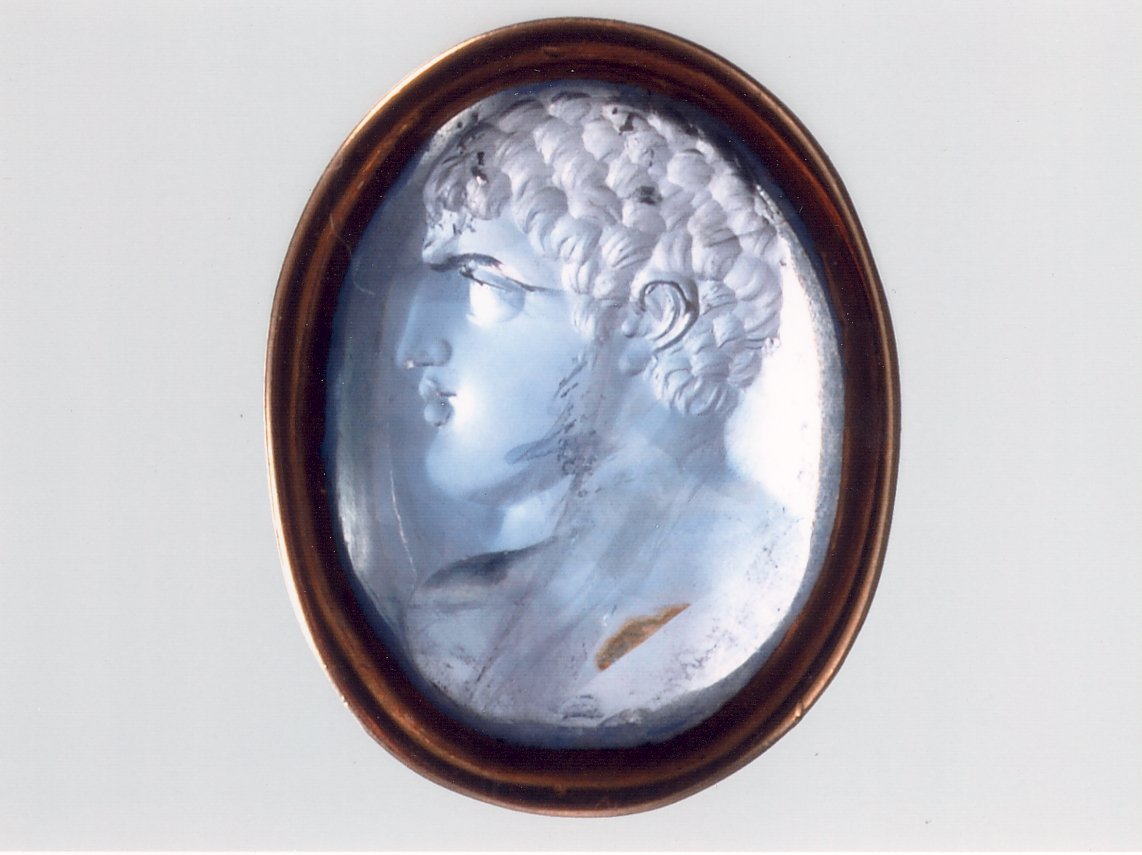 Rock crystal gem with the head of a youth, mounted in gold 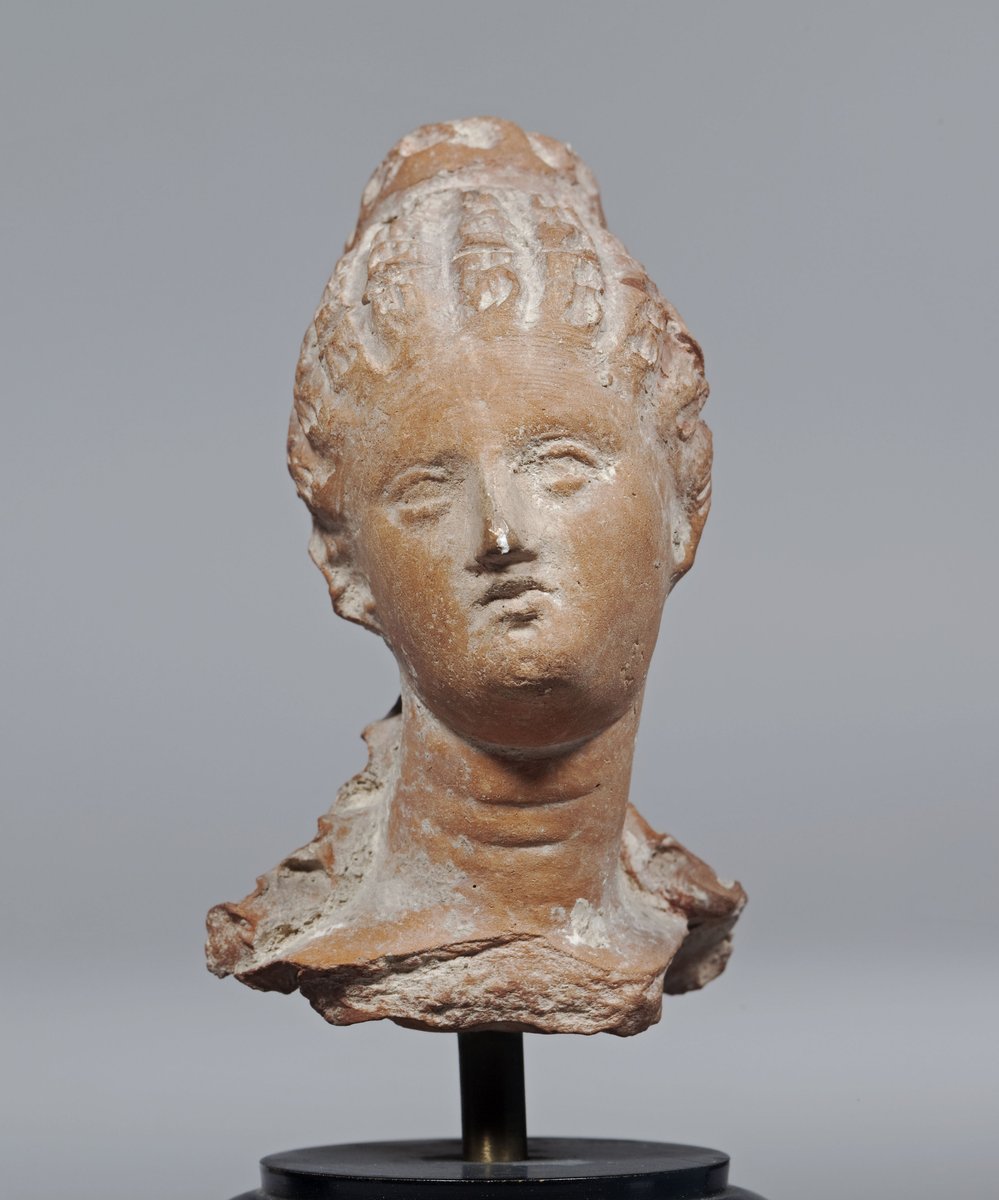 Head of a female terracotta figurine