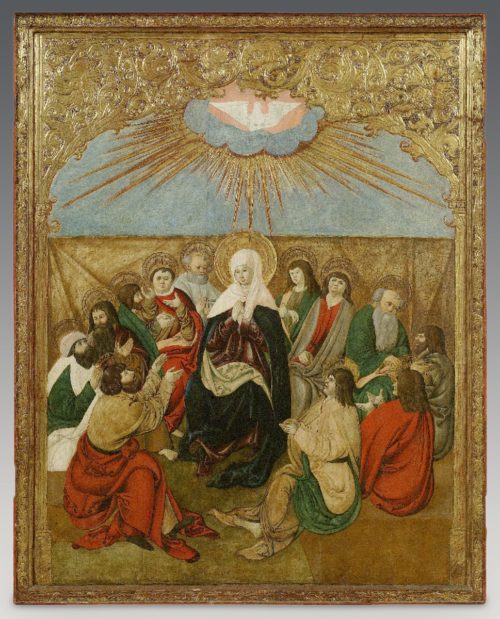 The high altarpiece is among the rather rare medieval winged altars from the Hungarian Kingdom of which the identity of the patron, the date of its creation and its original location is known. The reliable source of this information is the predella where, besides the coat of arms of Jagiello Ladislaus II, the donors’ names and coats of arms, and the date of execution are visible.
A large painting occupies the centre of the retabulum. The stage-like composition enclosed by a brocade curtain and the gilded floral semicircular ornamentation, which imitates carved traceries, is ‘supported’ by slender gilded pillars and gives the illusion of a shrine, in which the group of apostles around the praying Virgin Mary can be interpreted almost as a relief. The painting presents the congregation with the story of the Pentecost. However, the real content of the composition is the perturbation that the Descent of the Holy Ghost evokes: the disciples receive the radiating, golden rays with shocked or majestically serious faces and vehement gestures, and some are moved to prayer with hands clasped. Each of the figures is characterised individually.

The Virgin Mary Altarpiece, the former high altarpiece of the Church of the Virgin Mary in Csíkmenaság (today Armăşeni, Romania), detail

Pinnacle from the Dome of Kassa (today Košice, Slovakia) 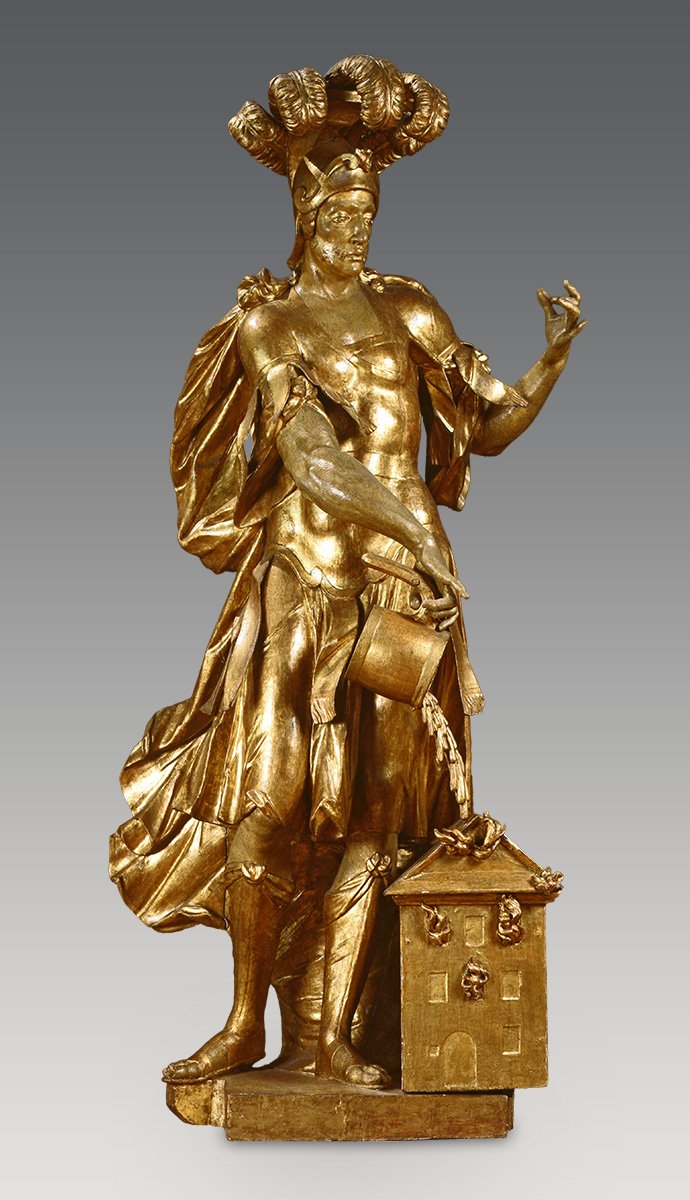 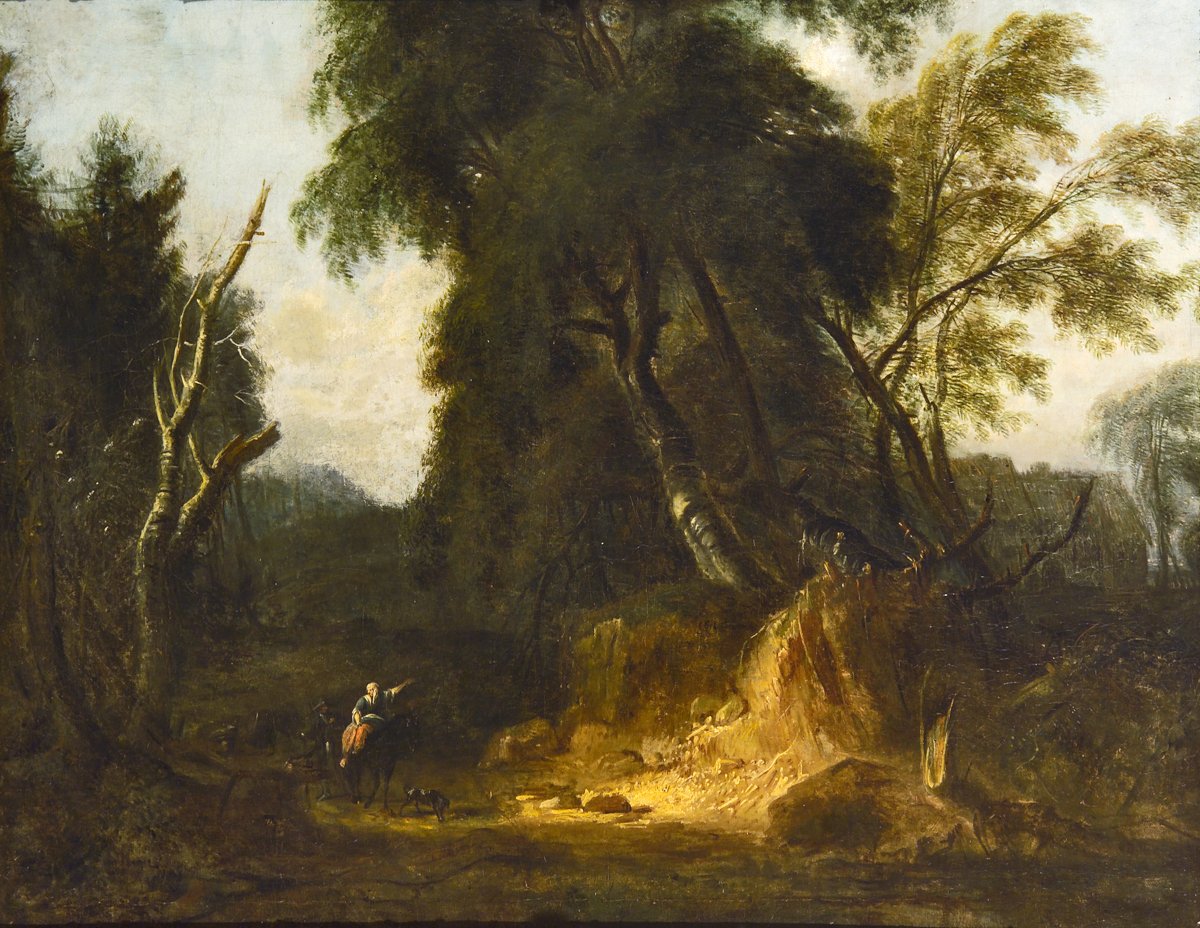 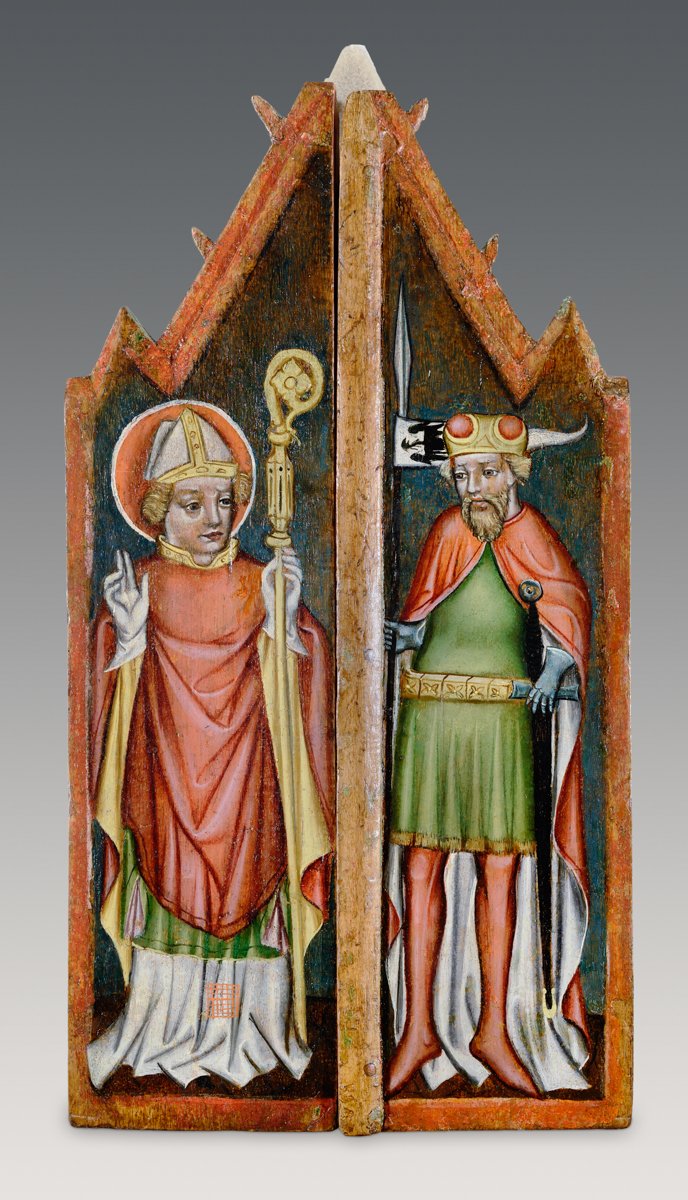 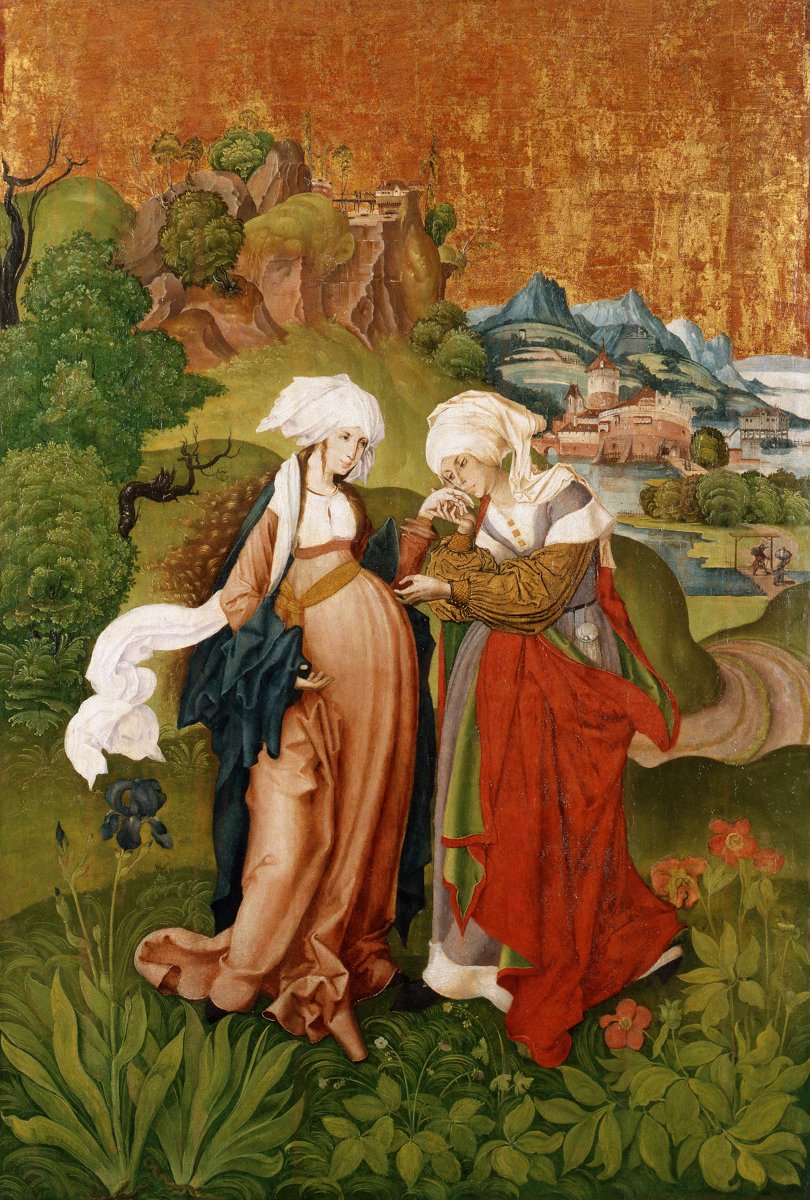 The Visitation, detail of the work-day side of an altar wing from the former high altarpiece of the Church of Saint Catherine in Selmecbánya (today Banská Štiavnica, Slovakia) Master M S 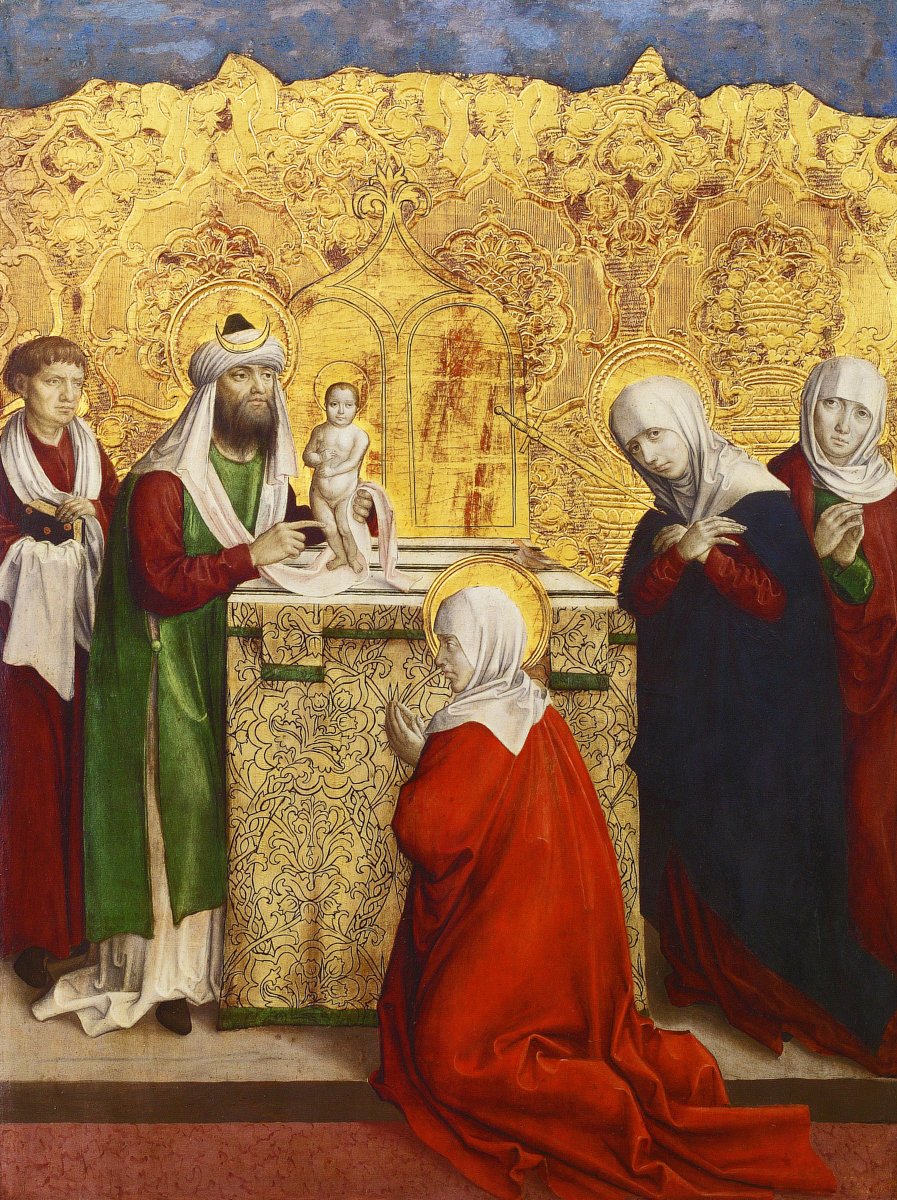 The Presentation in the Temple, detail of the feast-day side of an altar wing from the former high altarpiece of the franciscan church in Okolicsnó (today Okoličné, Slovakia) Unknown Painter 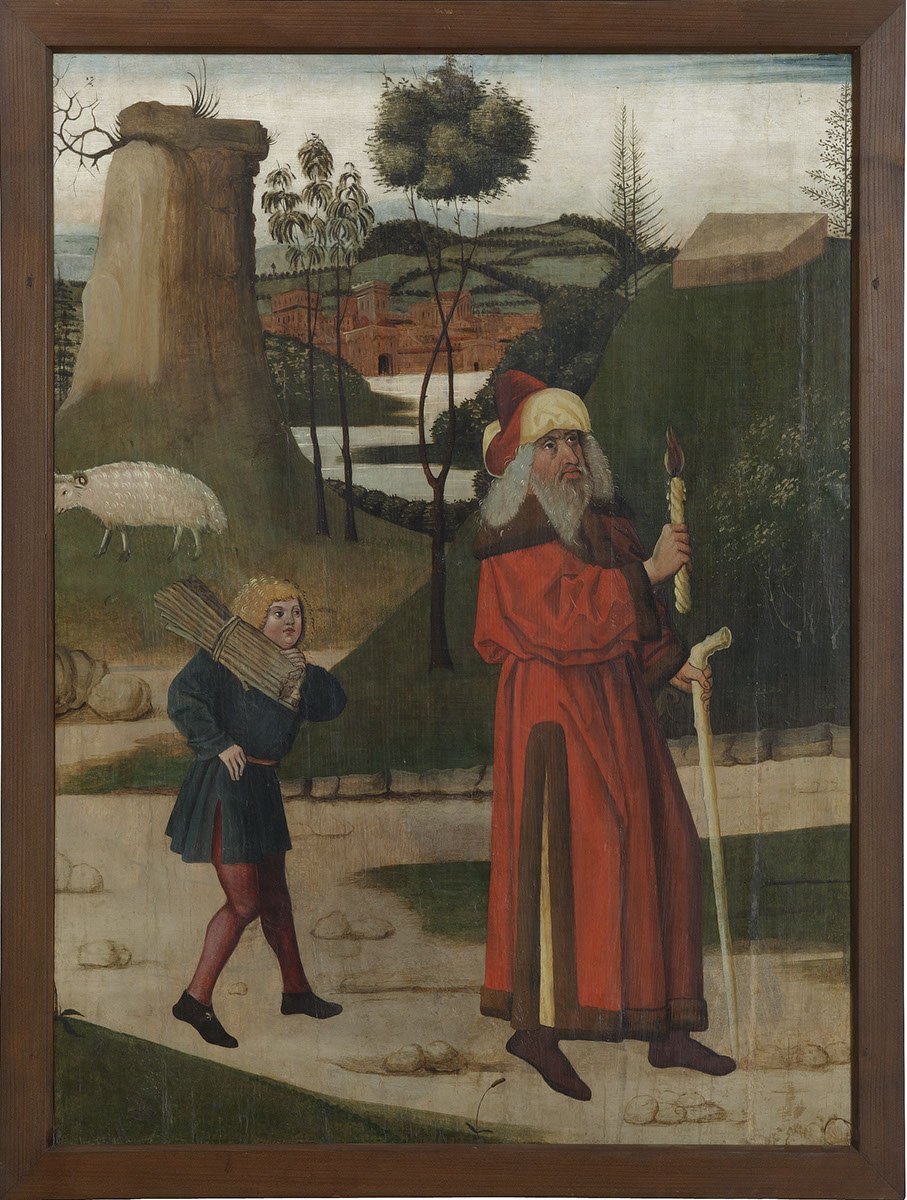 Abraham and Isaac on the way to the site of the Sacrifice. Detail of an altar wing, provenance unknown Unknown Painter