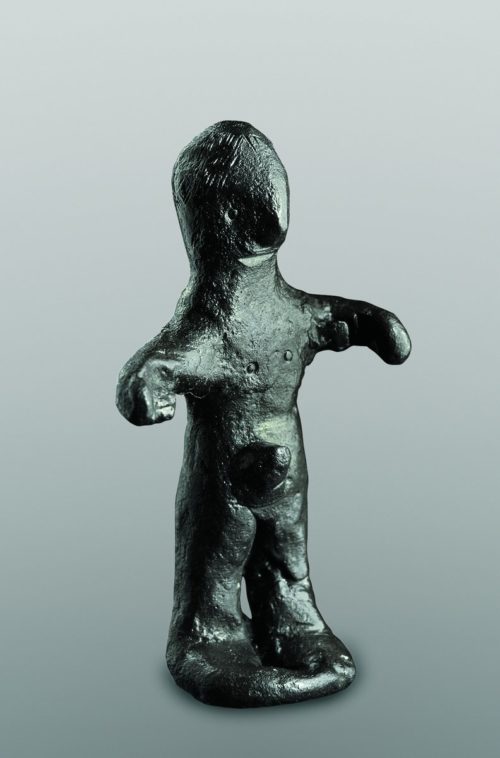 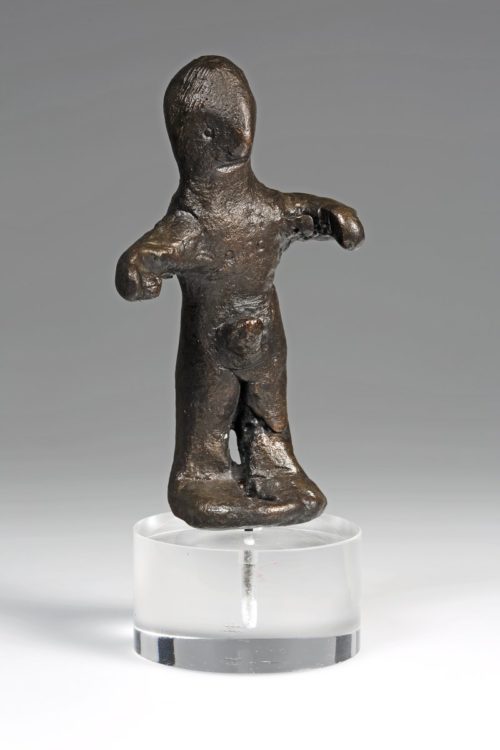 On this compact bronze statuette, cast by the cire-perdue (‘lost wax’) method, the mouth and the chin are indicated by small furrows, the hair by lines engraved after casting, and the eyes and nipples by circles impressed on the surface. Its closest parallels are the terracotta statuettes found in graves in Latium, south of Rome. Comparison with these and with the Greek bronze statuettes of a similar type indicates unequivocally that it was produced in the 9th century B.C., making it the earliest Italian free-standing human statue in bronze currently known. Since bronze statues were not placed in graves, it was probably a votive offering at a shrine in Latium. The type reached Italy from the Near East by way of Cyprus and Crete, and could equally have depicted a god or a supplicant offering a sacrifice. 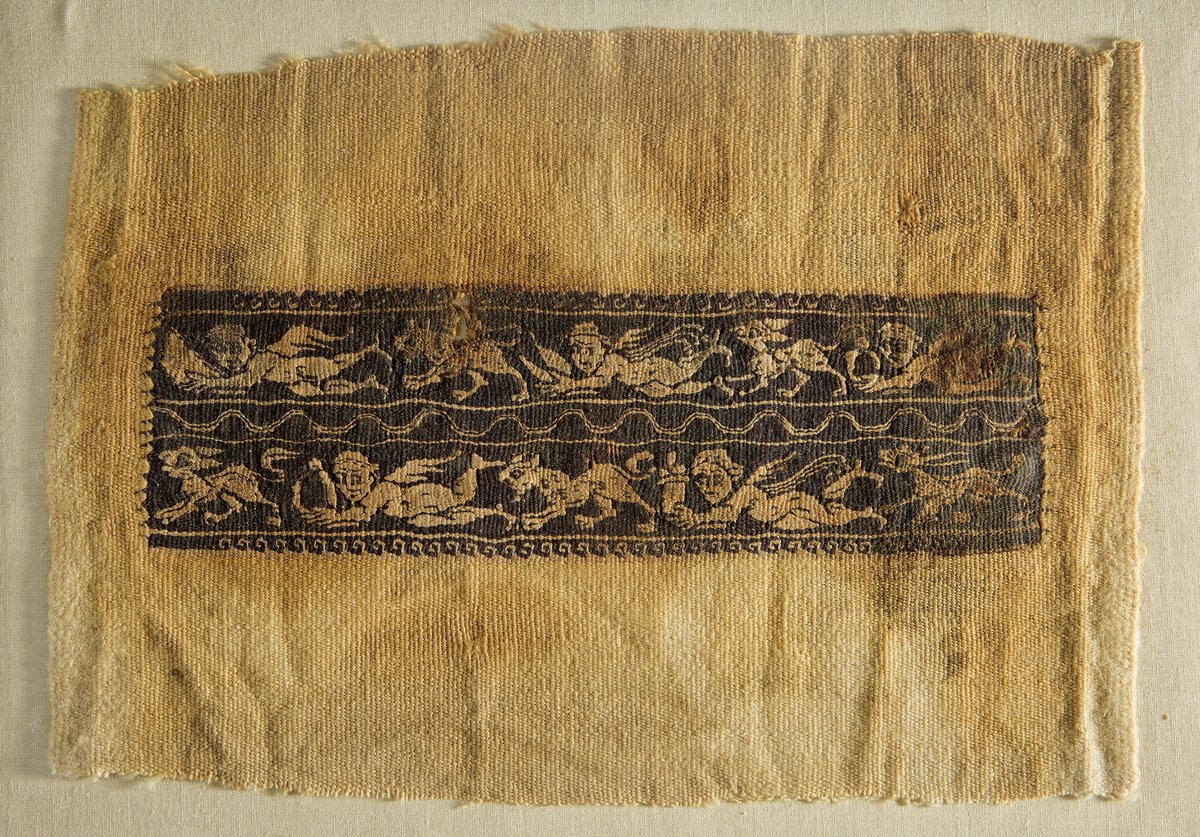 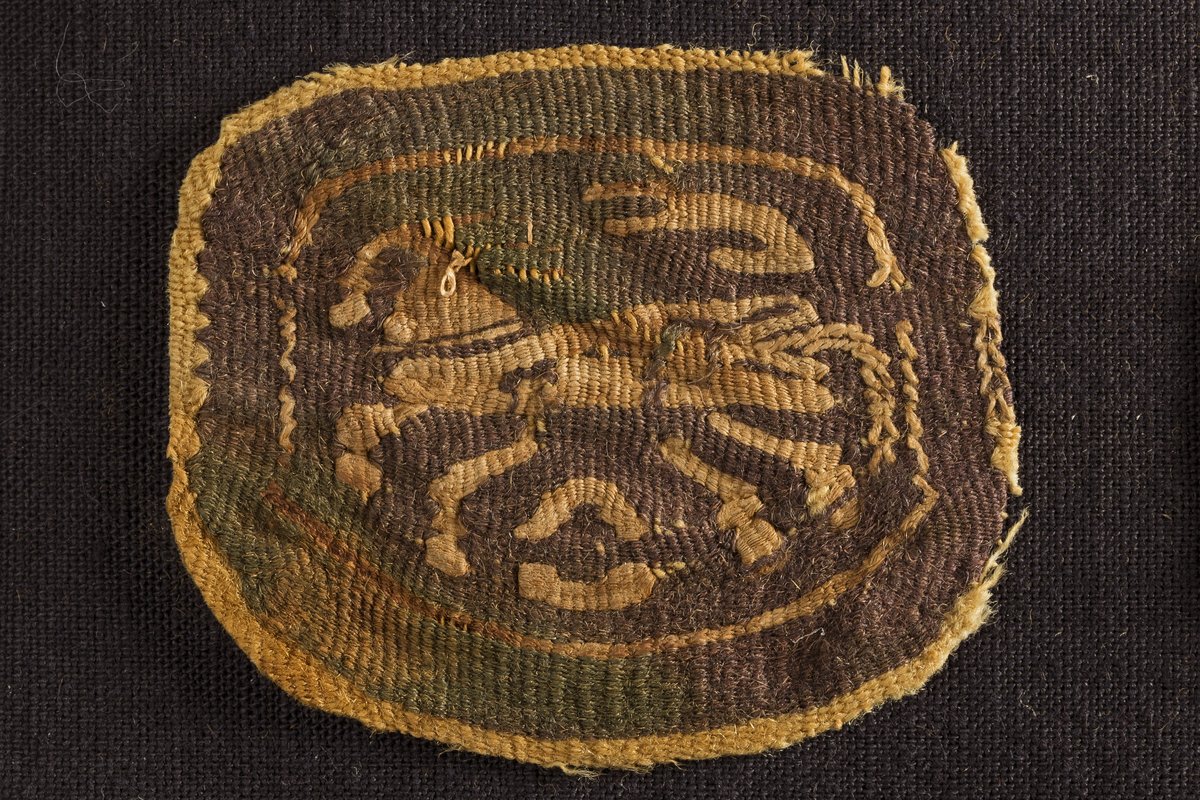 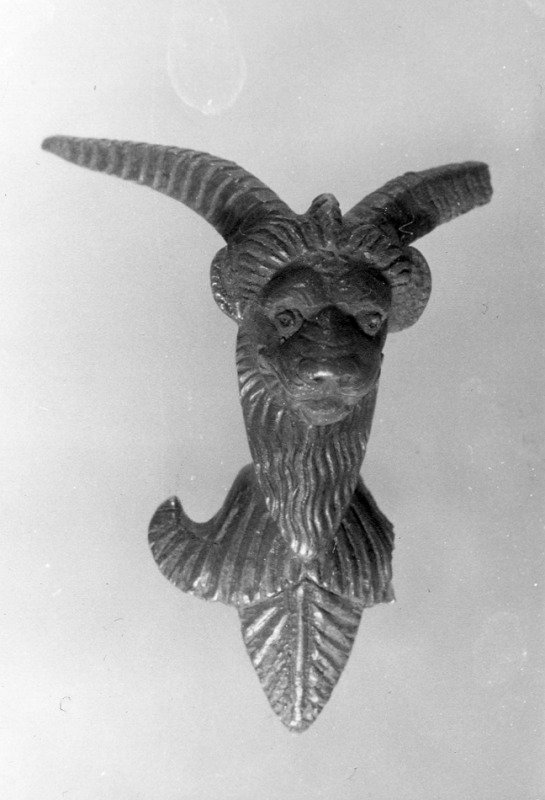 Ornament from a Vessel 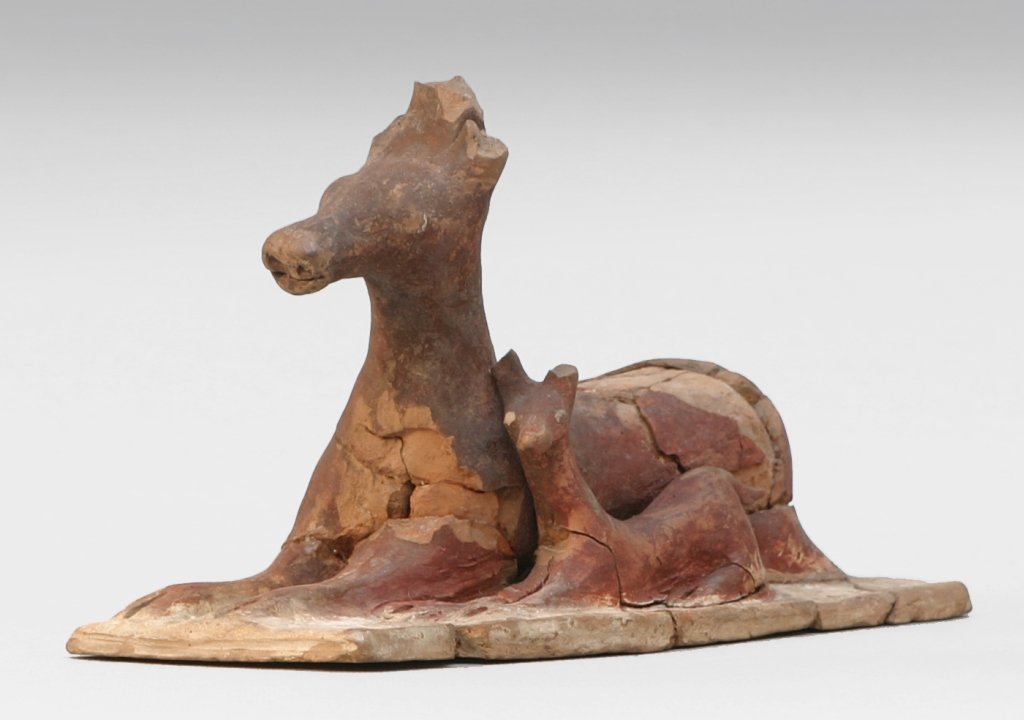 Statuette of Deer and Calf 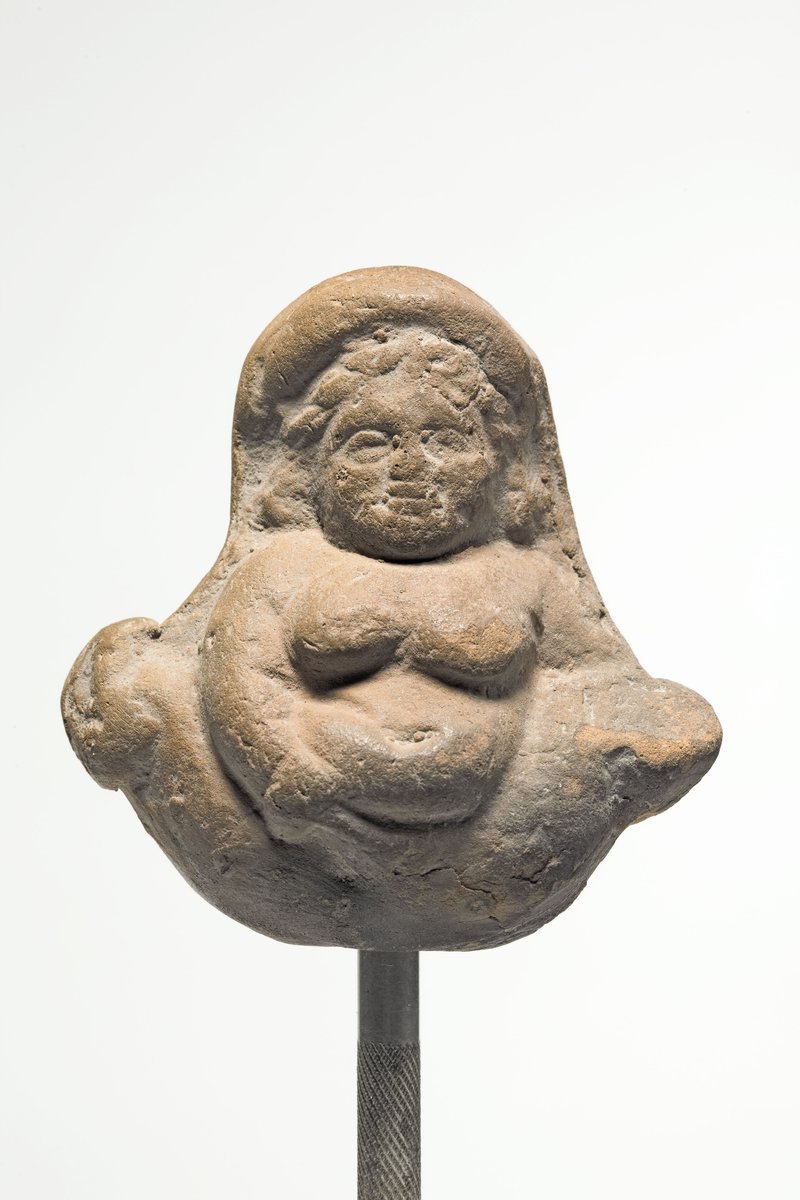 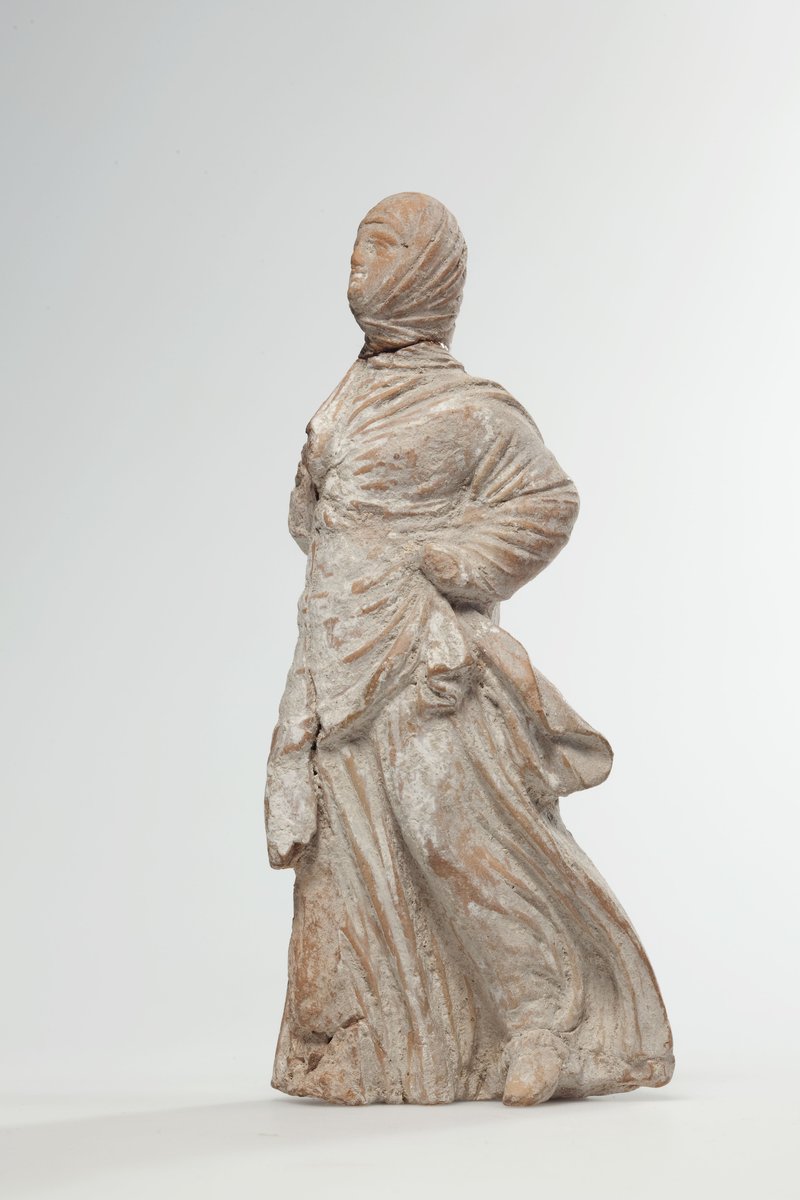 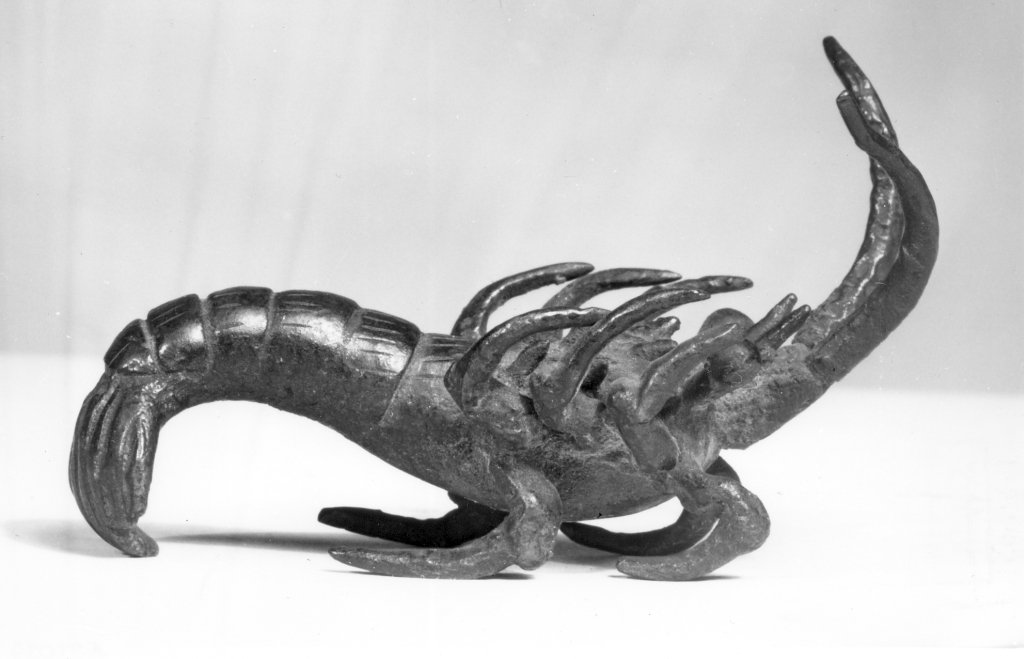 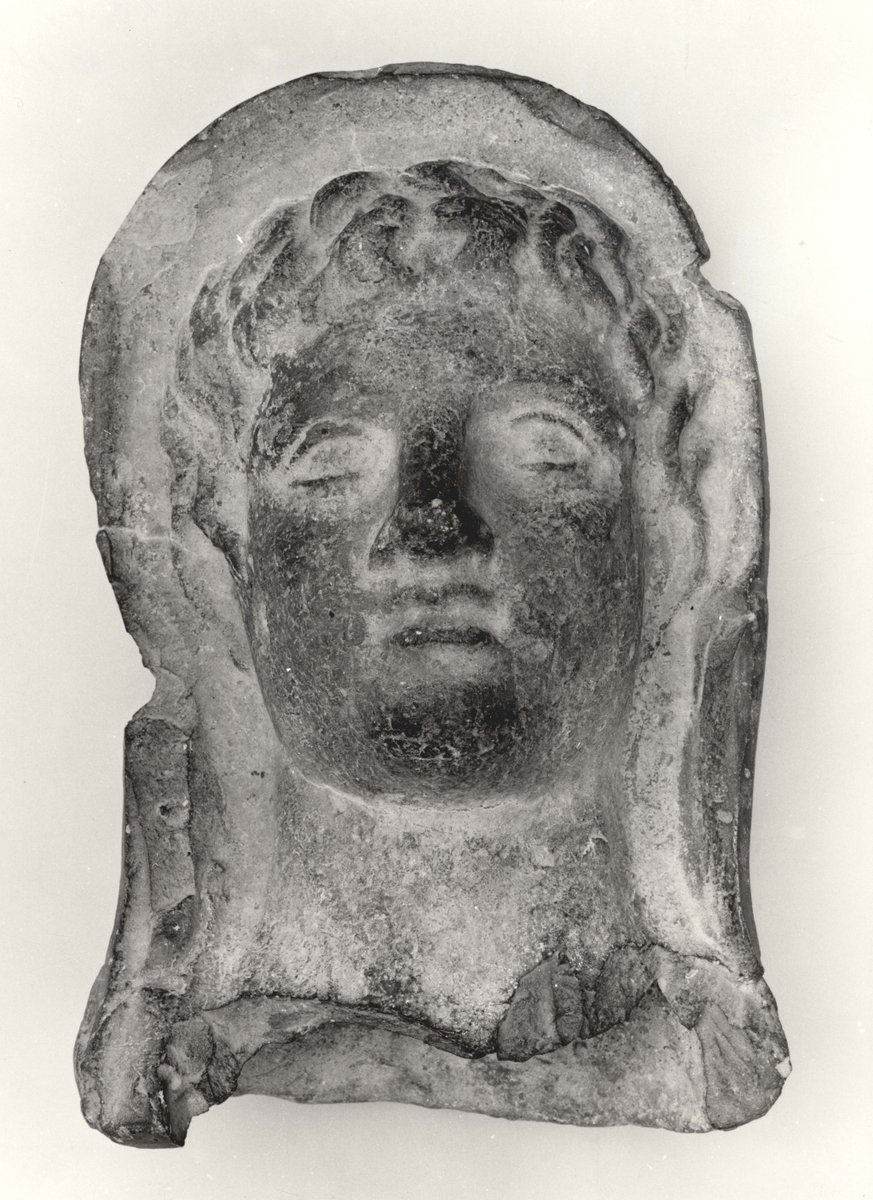 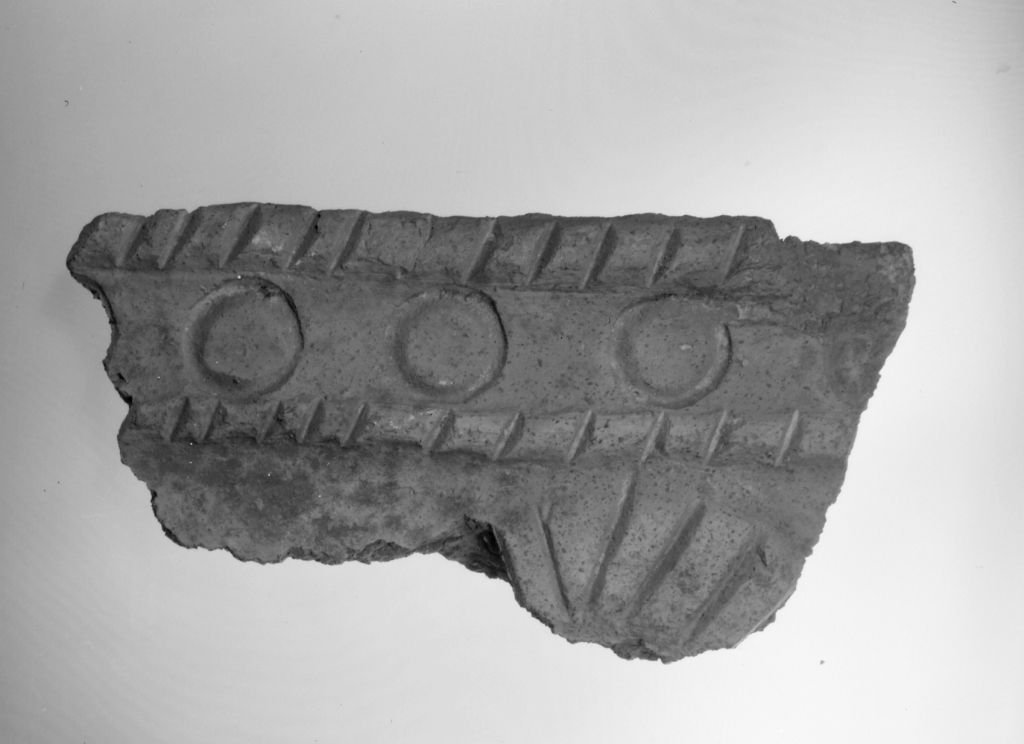 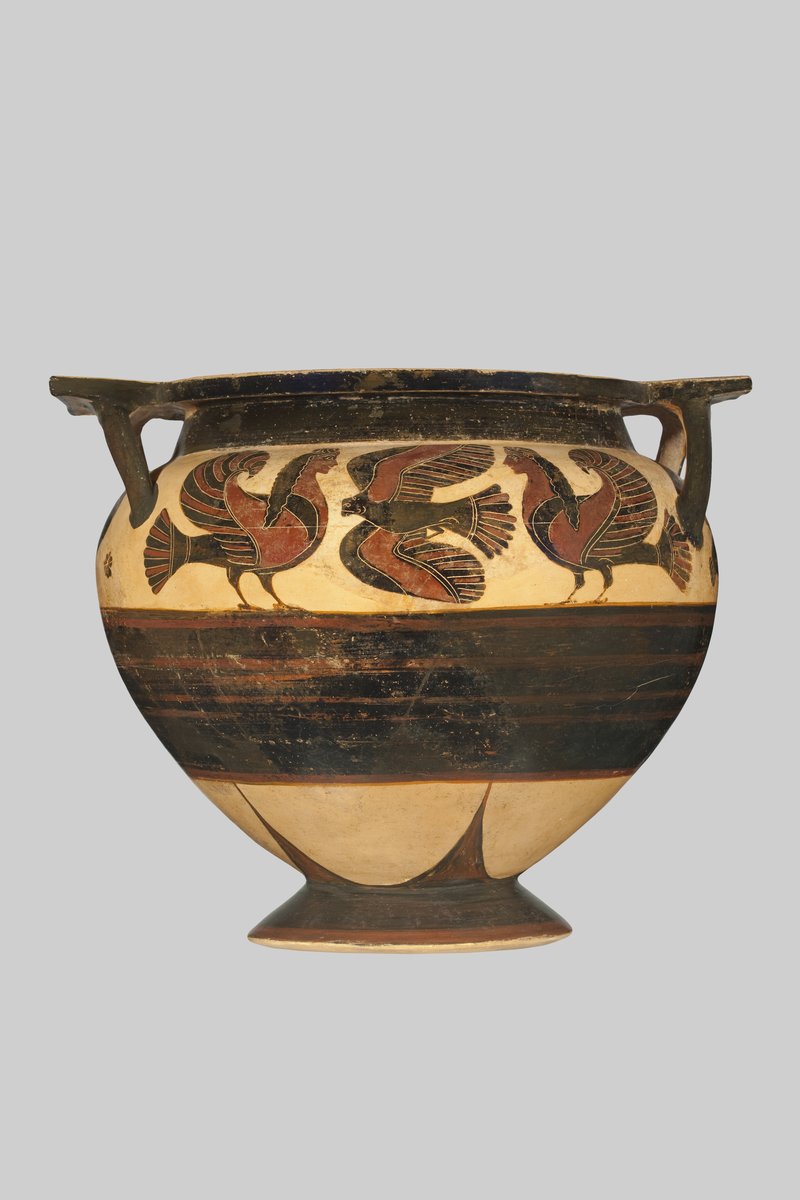